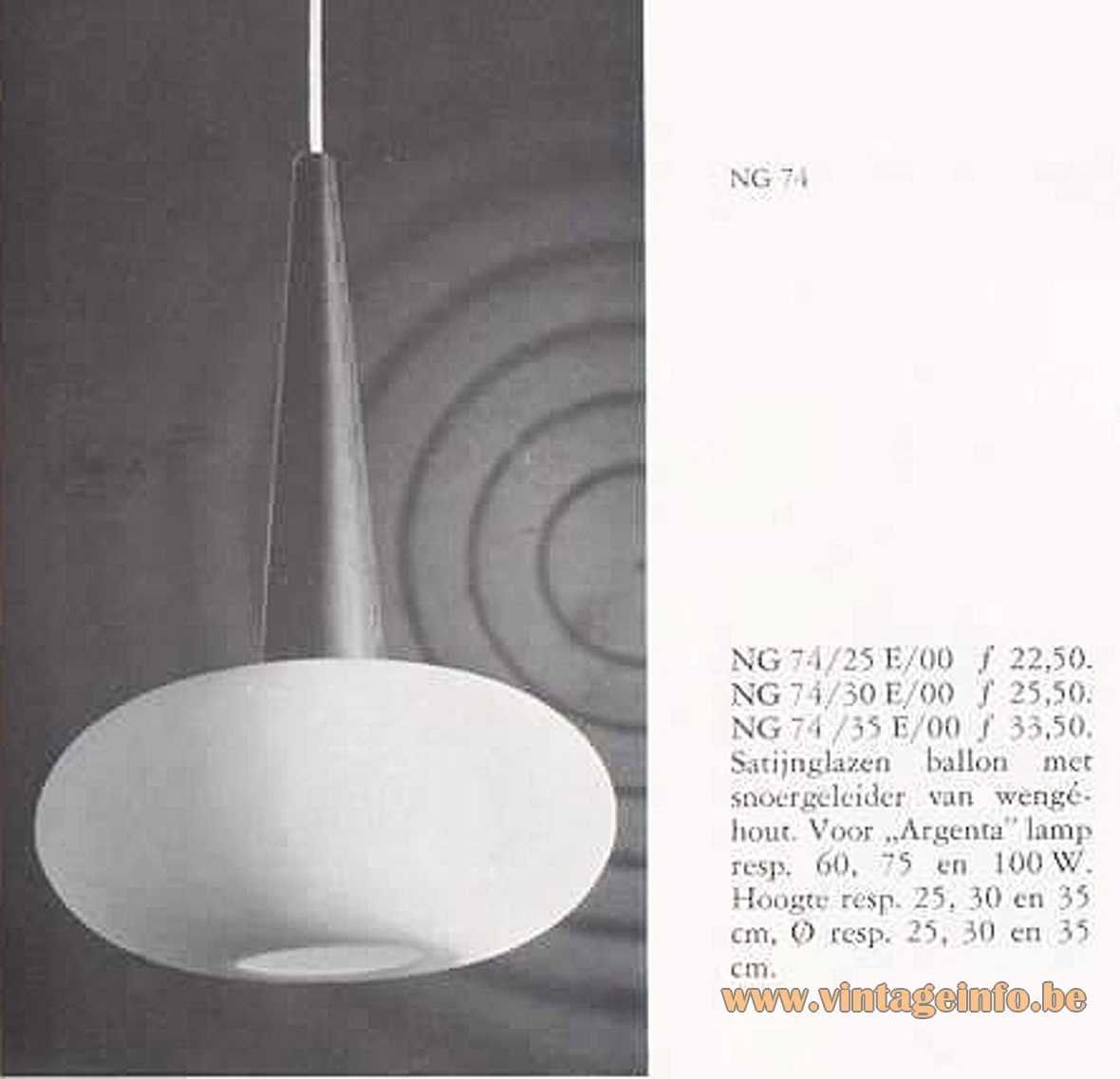 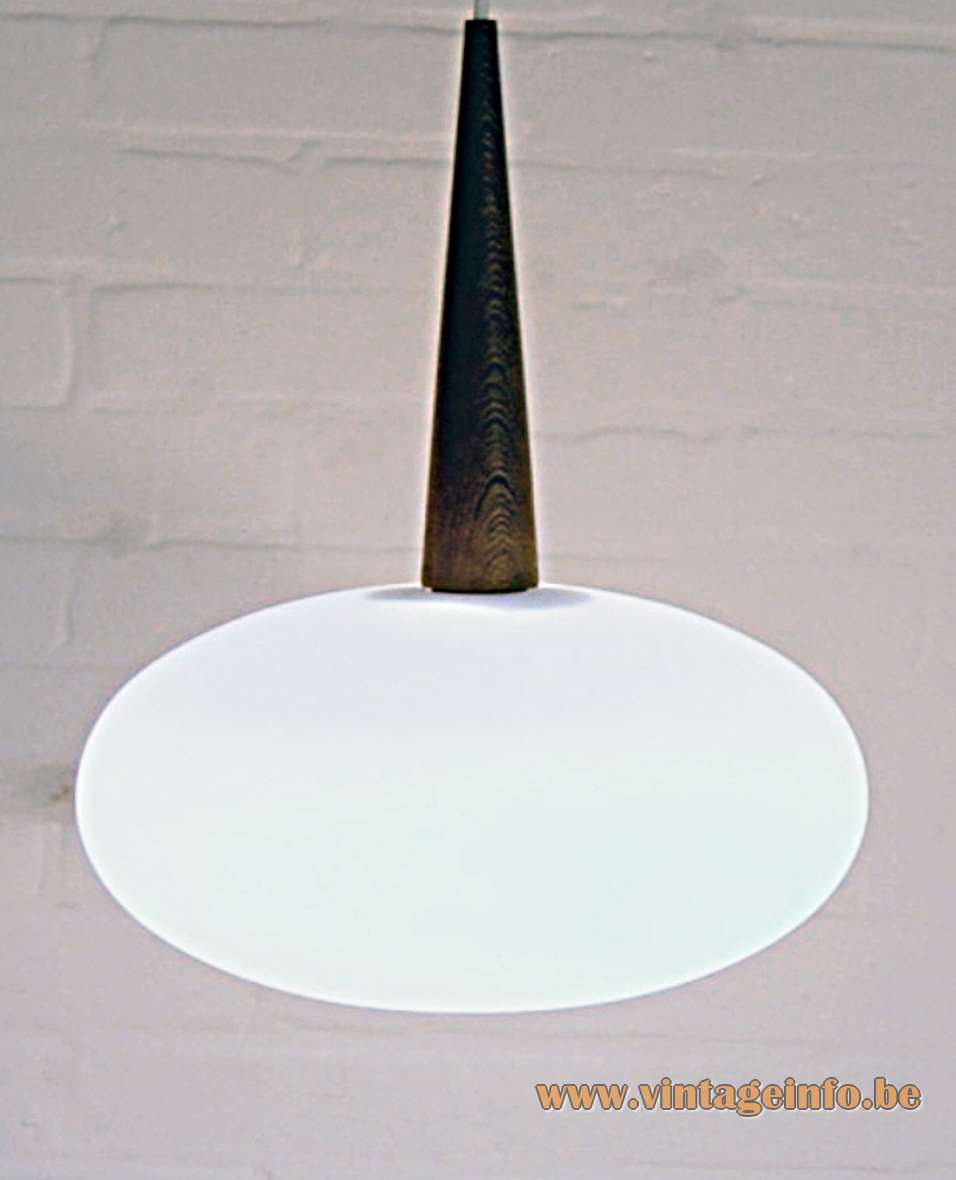 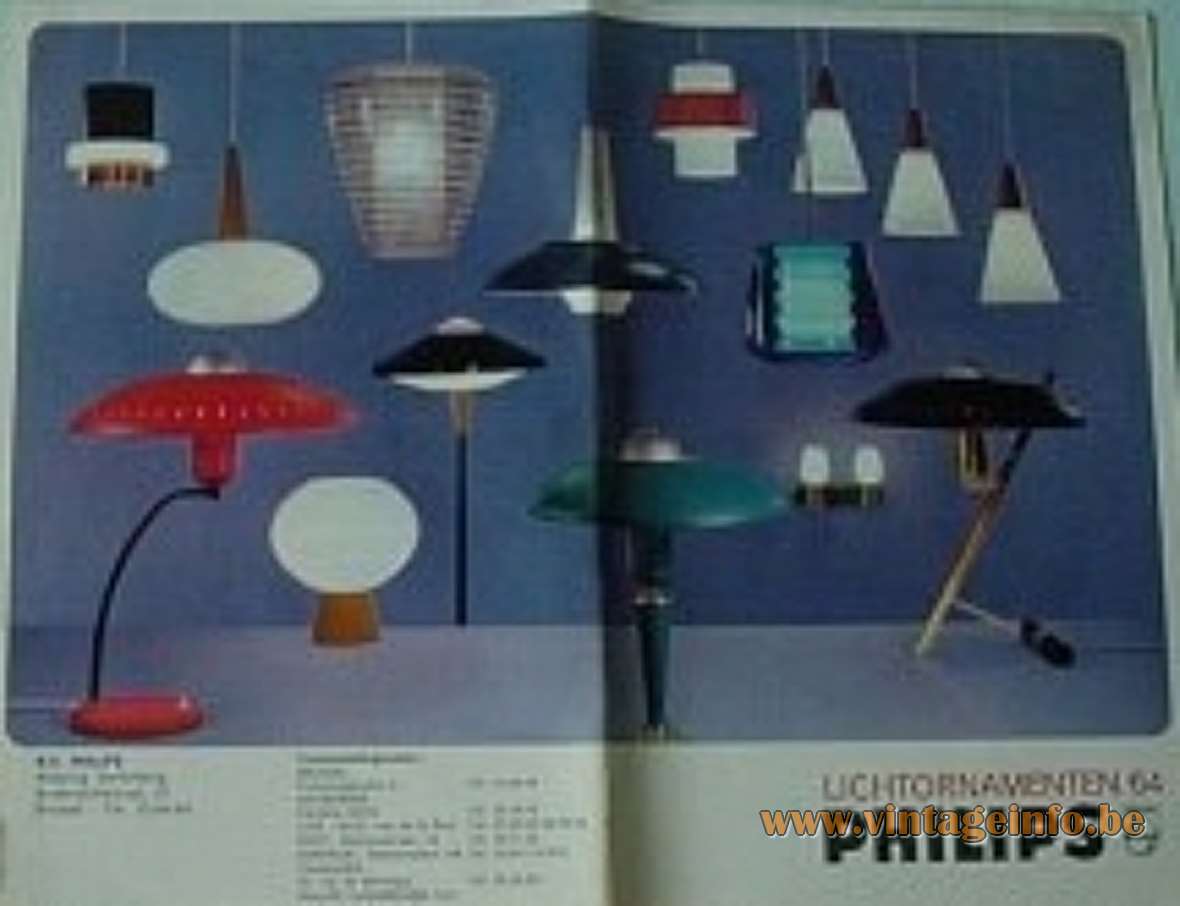 Materials: Opal frosted satin embossed ribbed or waved glass. Some hardwood, often suggested that it is afrormosia or teak. Metal or Bakelite socket.

Often said that it is a design by Louis Christiaan Kalff (1897 – 1976). It was designed and produced in the period Kalff worked for the company, but many designs were made by the Philips design-team. All designs were approved by Kalff. He was the head of the design-team. 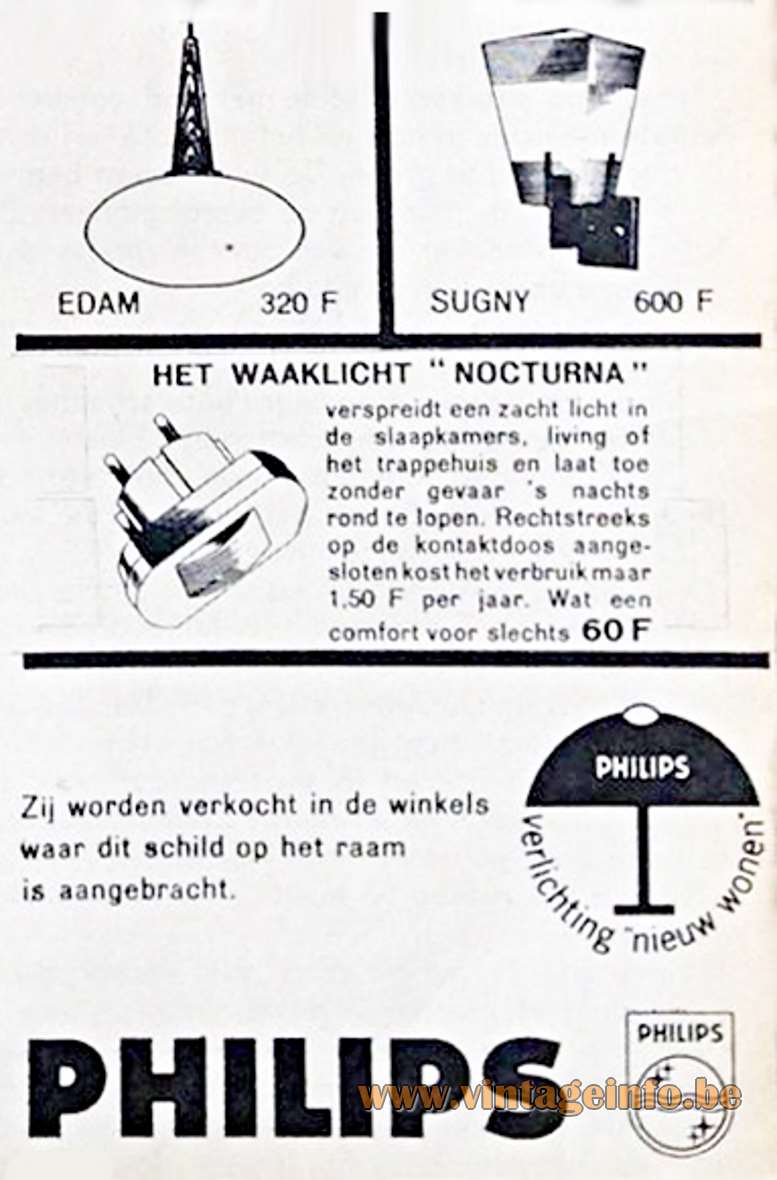 Louis Kalff (Amsterdam, 14 November 1897 – Waalre, 16 September 1976) was a pioneering industrial designer in the Netherlands during the first half of the 20th century. With a solid background including studies in sculpture, ceramics, furniture design and architecture, he began to work for the Philips company in 1924. He started for the department consumer electronics – company marketing.

In 1929 he started a department for design of lighting products: LIBU – Lichtadviesbureau (Dutch for light consultancy). Louis Kalff was responsible for the lighting sections of the World Exhibitions in Barcelona, Antwerp and Paris.

As freelancer he also designed posters and advertising for the Holland America Line, Calvé, Zeebad Scheveningen, Holland Radio and many others. He also designed book covers.