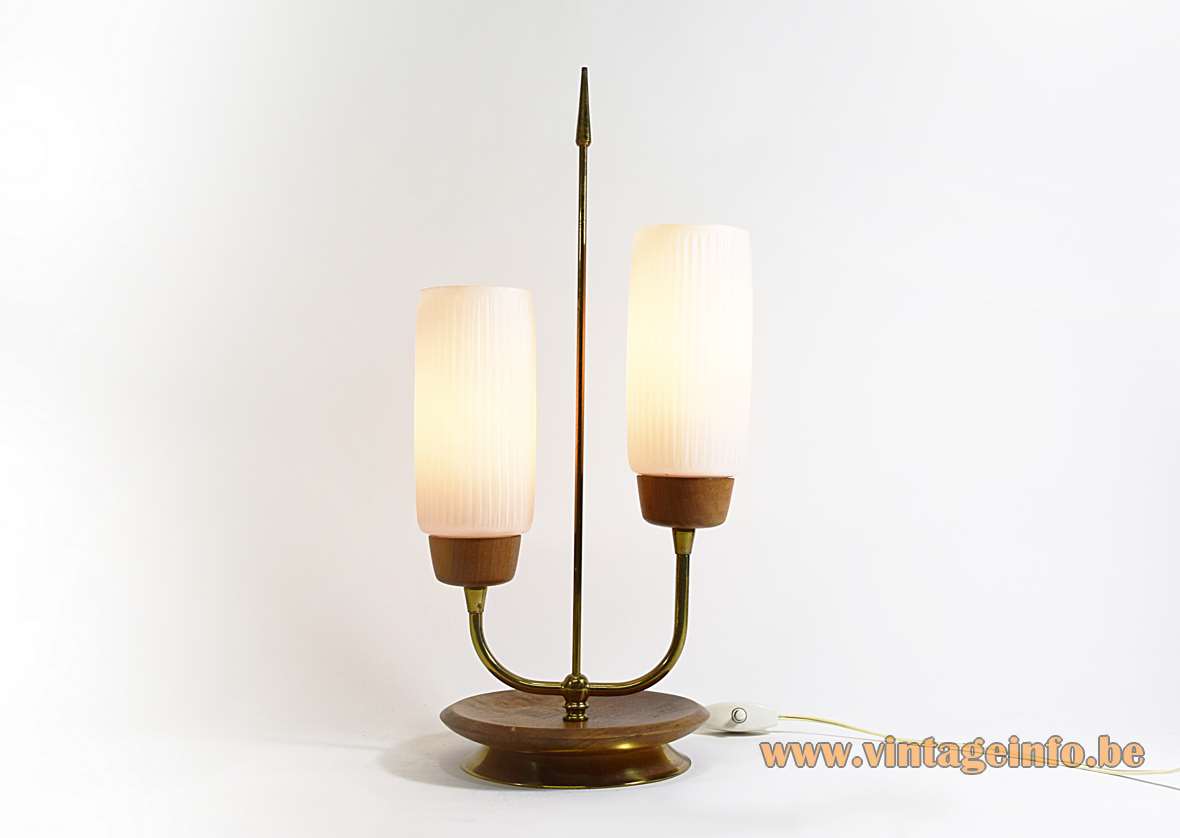 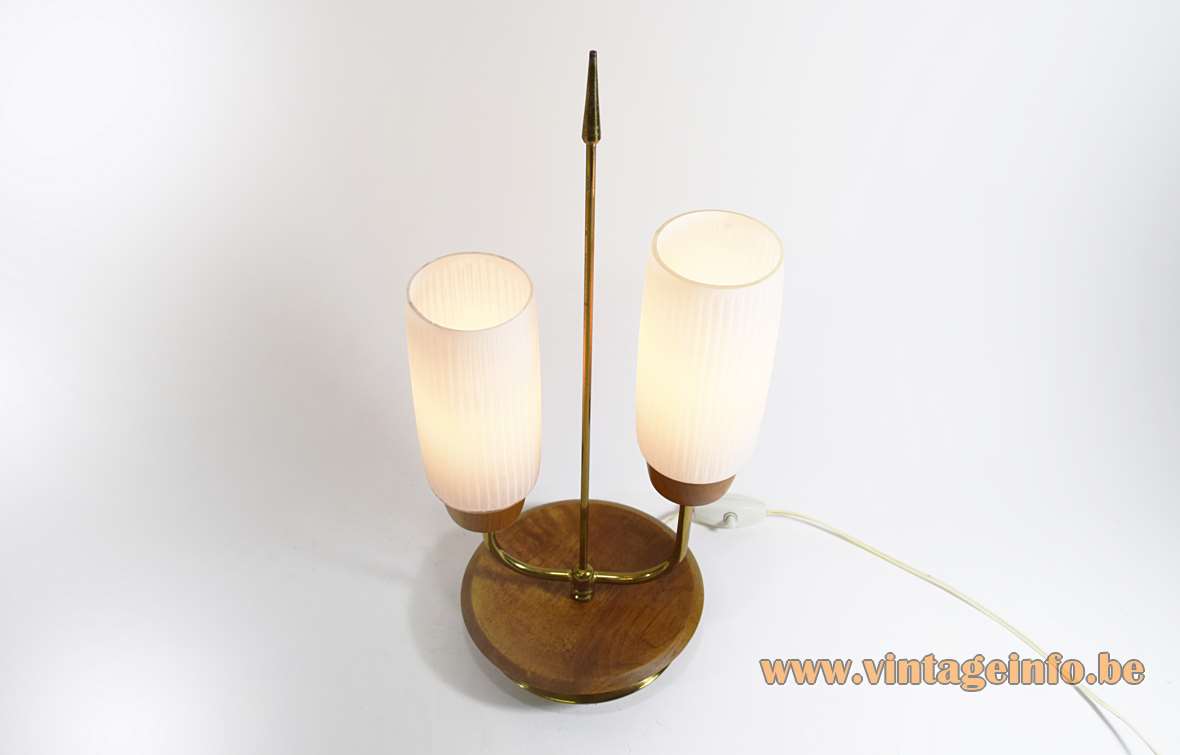 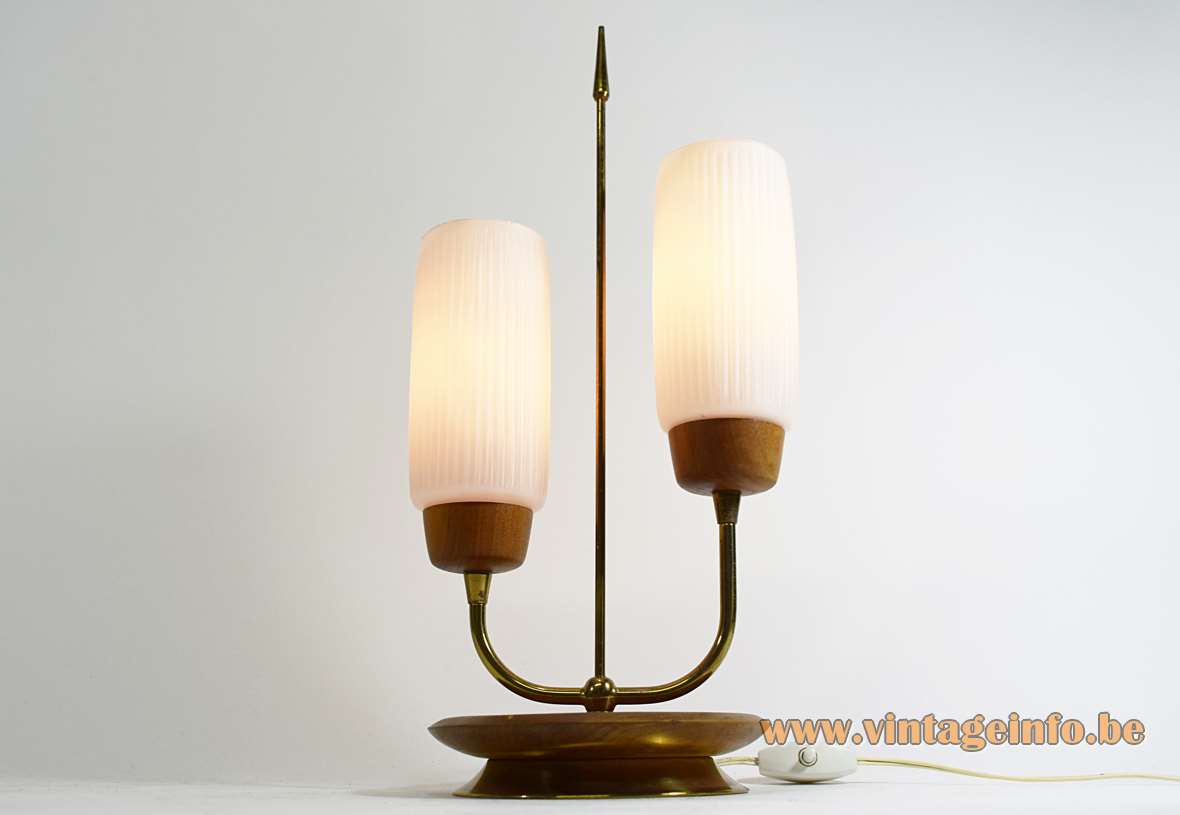 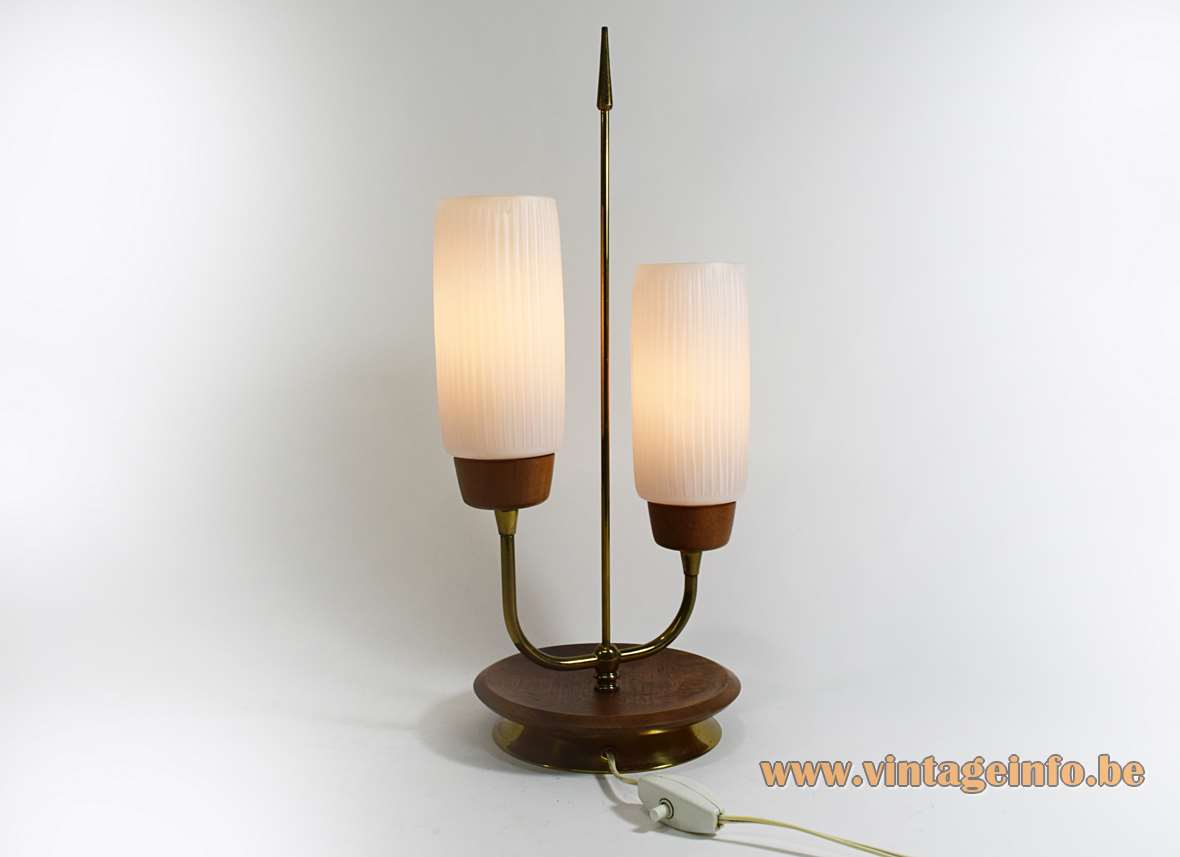 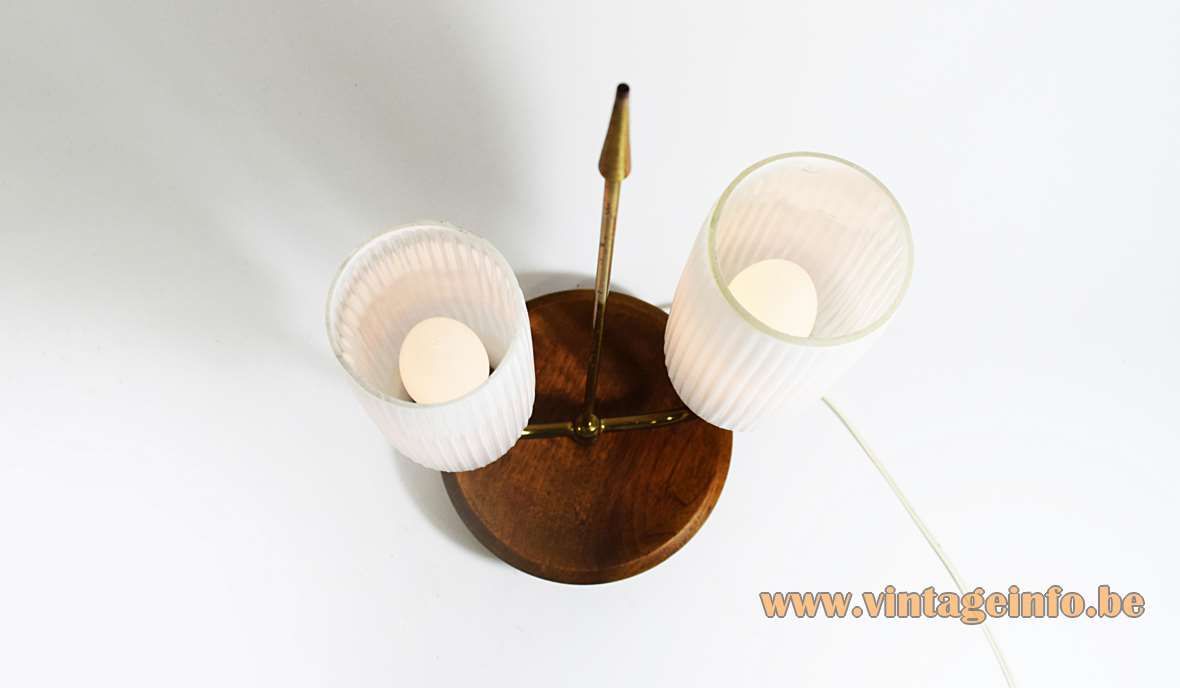 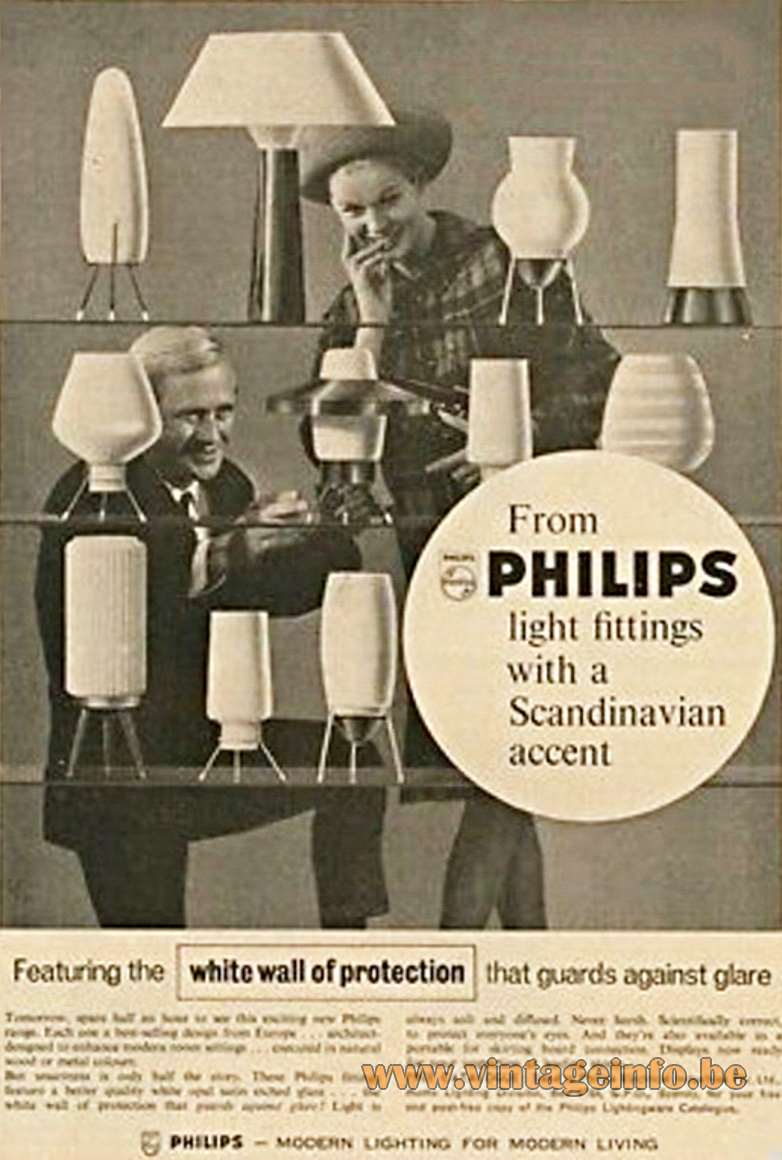 
Other versions: The glass of this Philips 1950s Scandinavian table lamp was used for many lamps. Wall lights (the Jungfrau wall lamp is one of them), chandeliers, floor lamps and other table lamps such as the Samos table lamp. Rounded and rectangular versions of the glass were made, as you can see in the add of the lamps below.

Designed by the Philips design team or by Louis Kalff himself, put probably not.

Video: Heritage of Philips founded in 1891