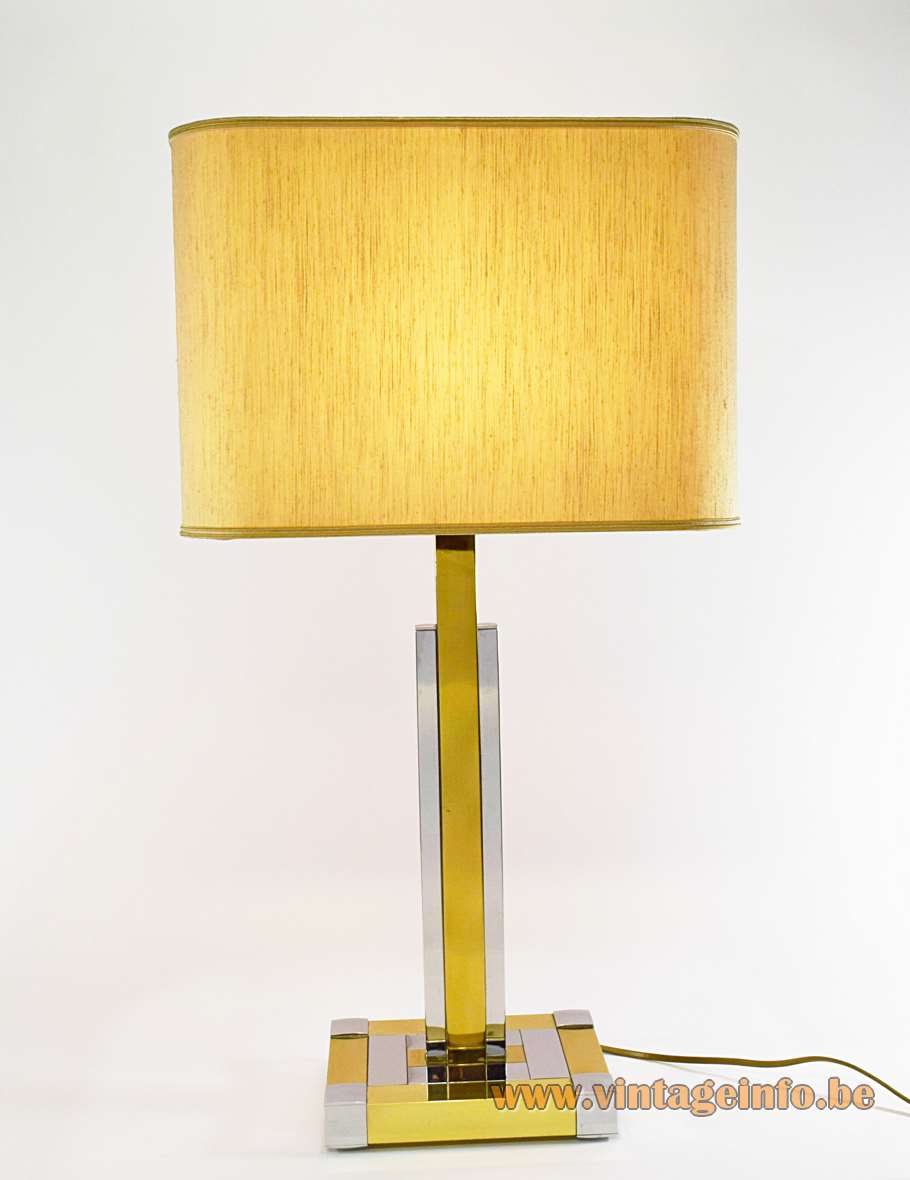 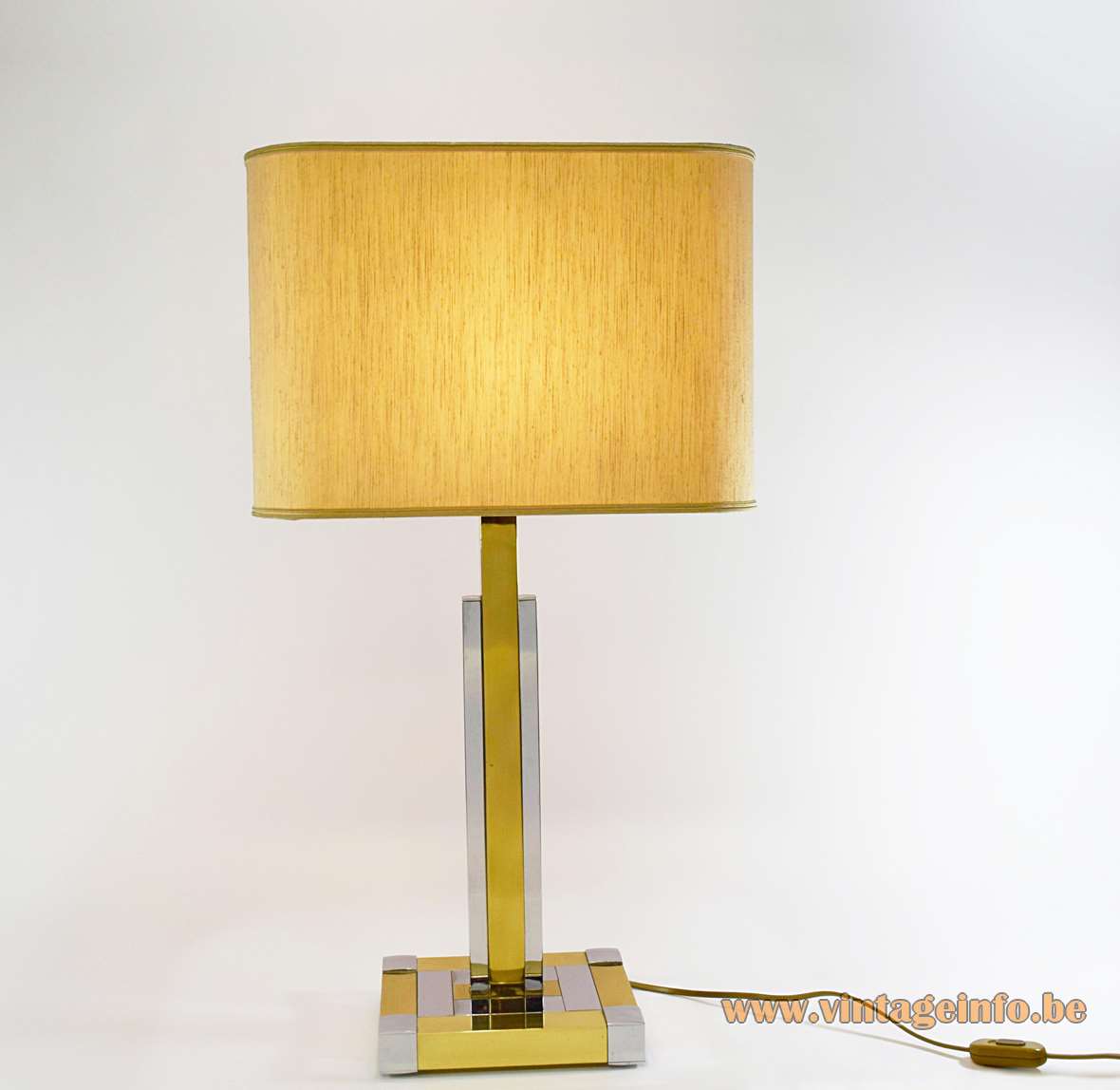 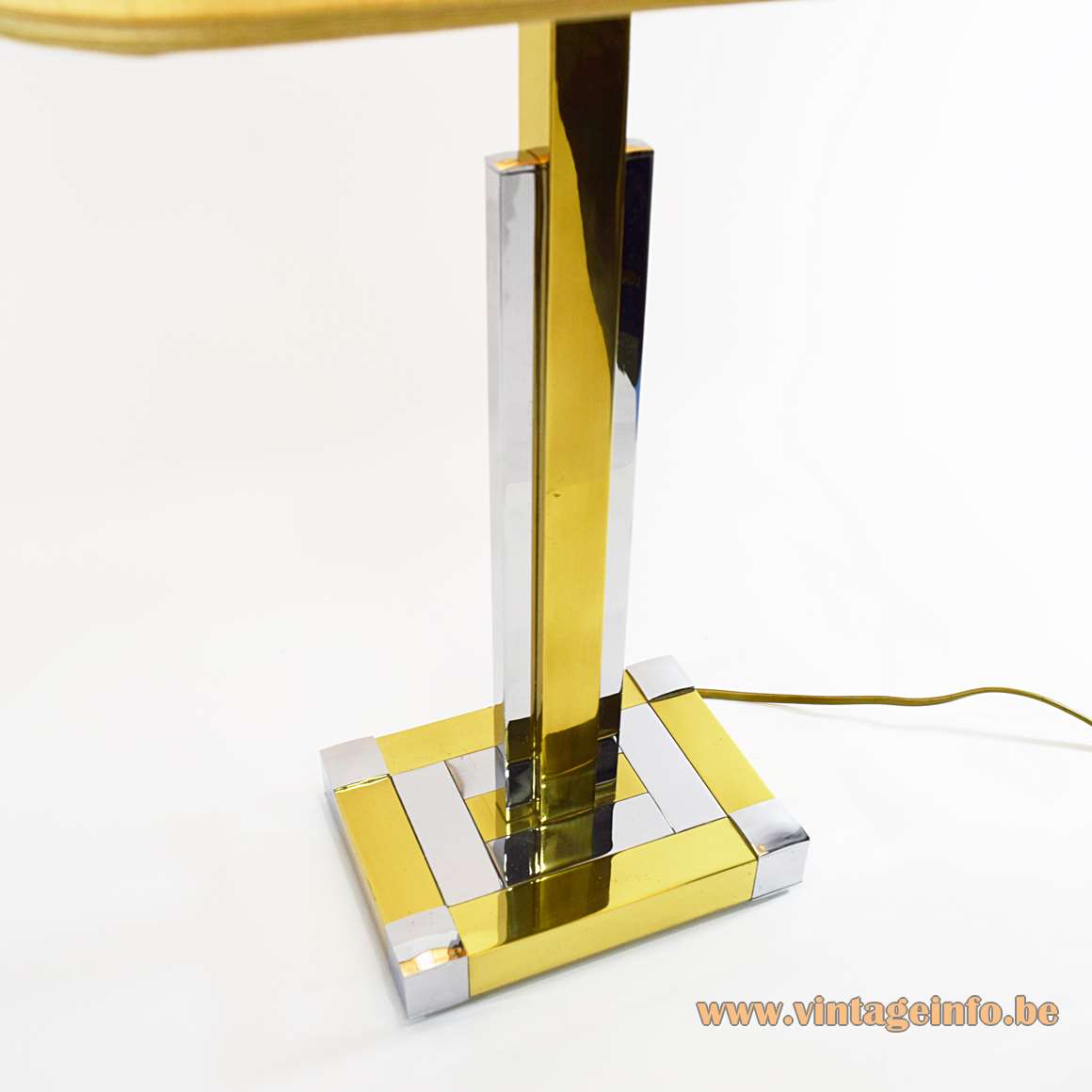 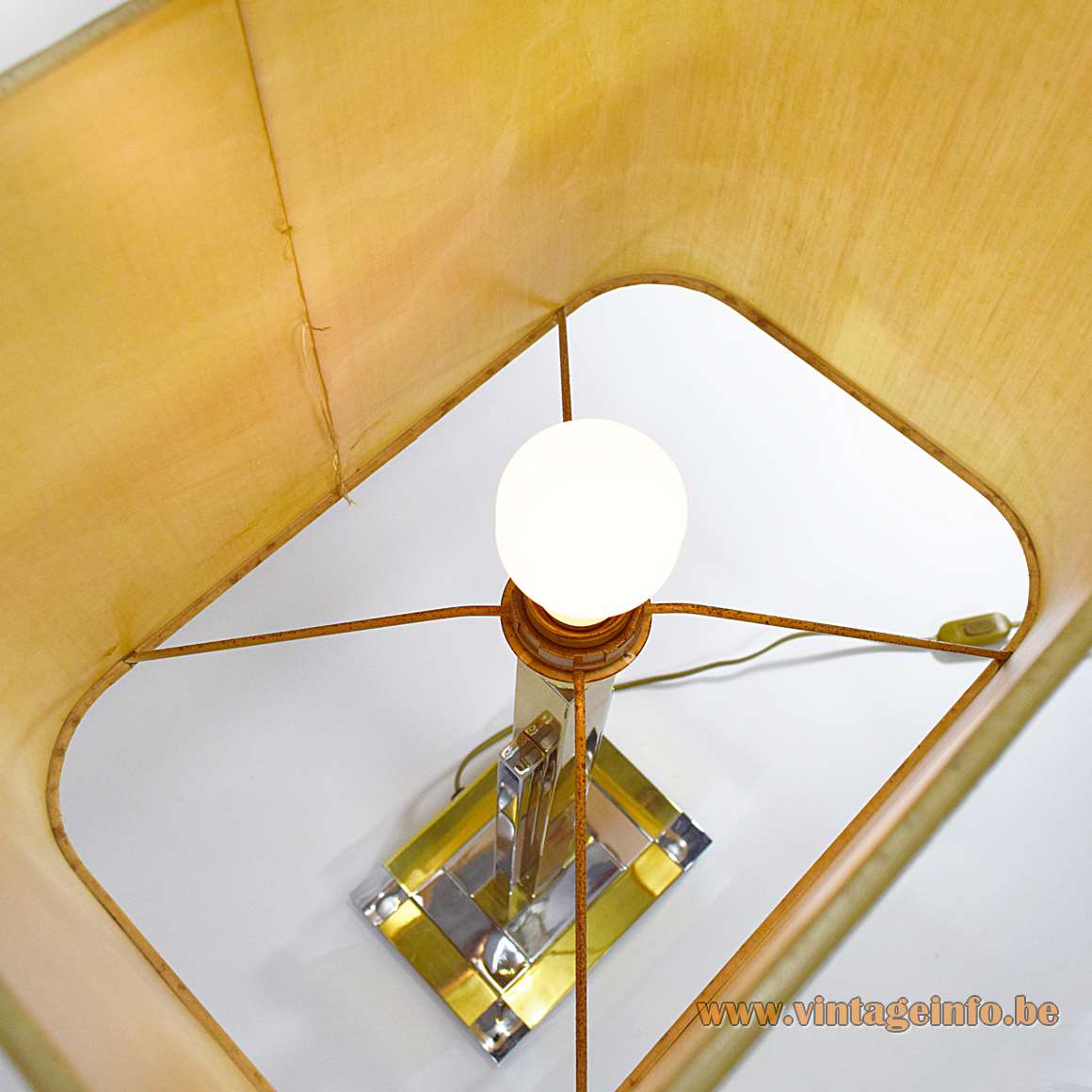 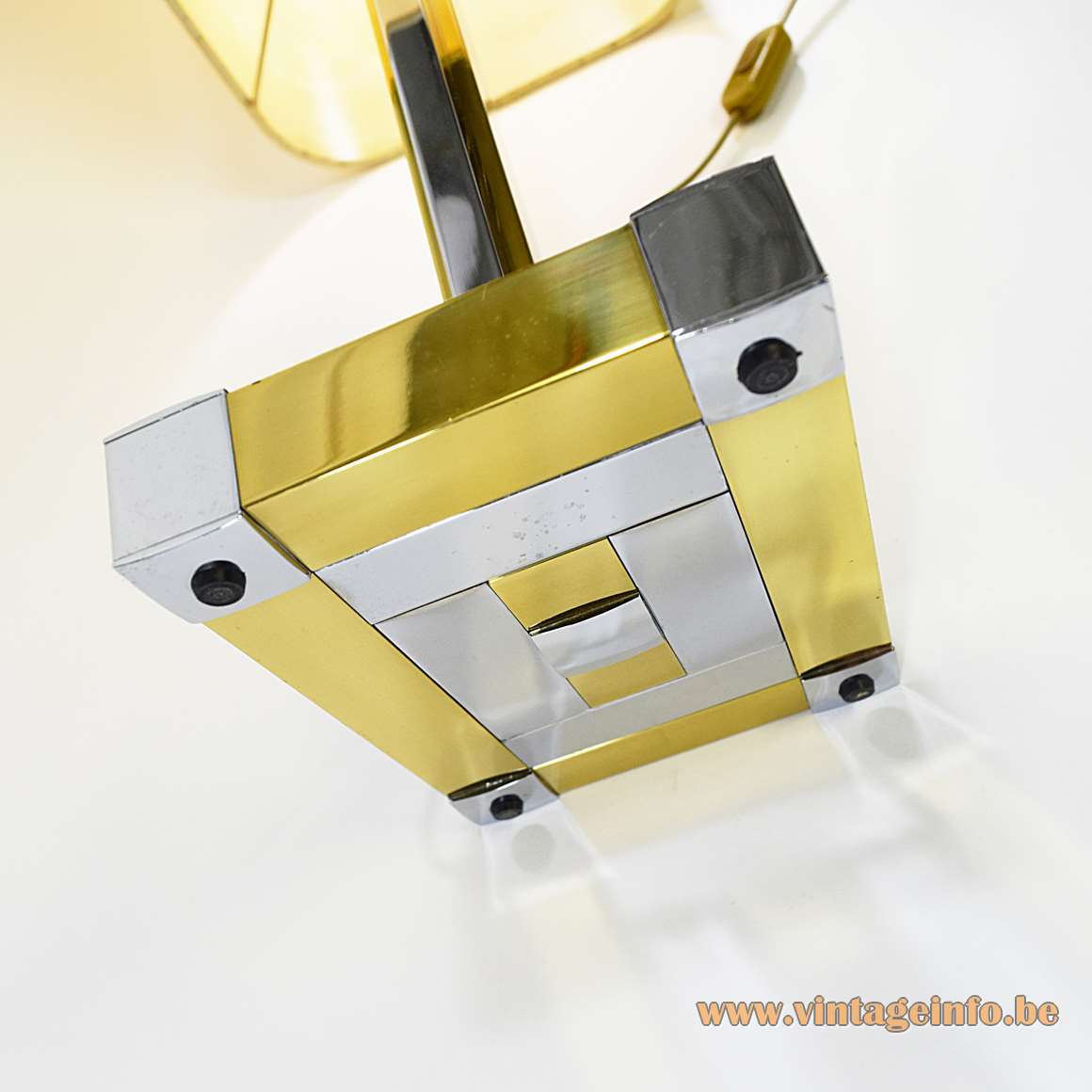 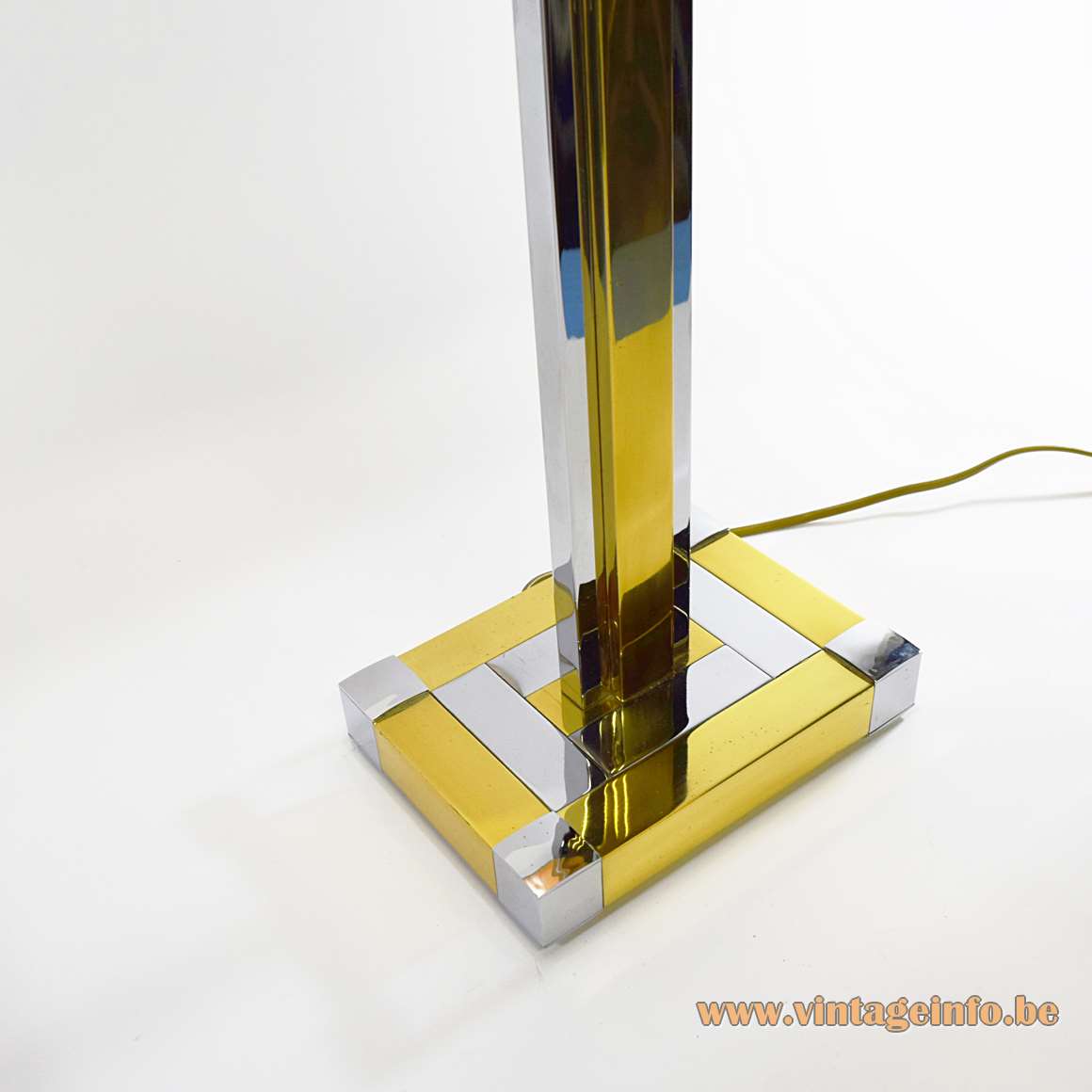 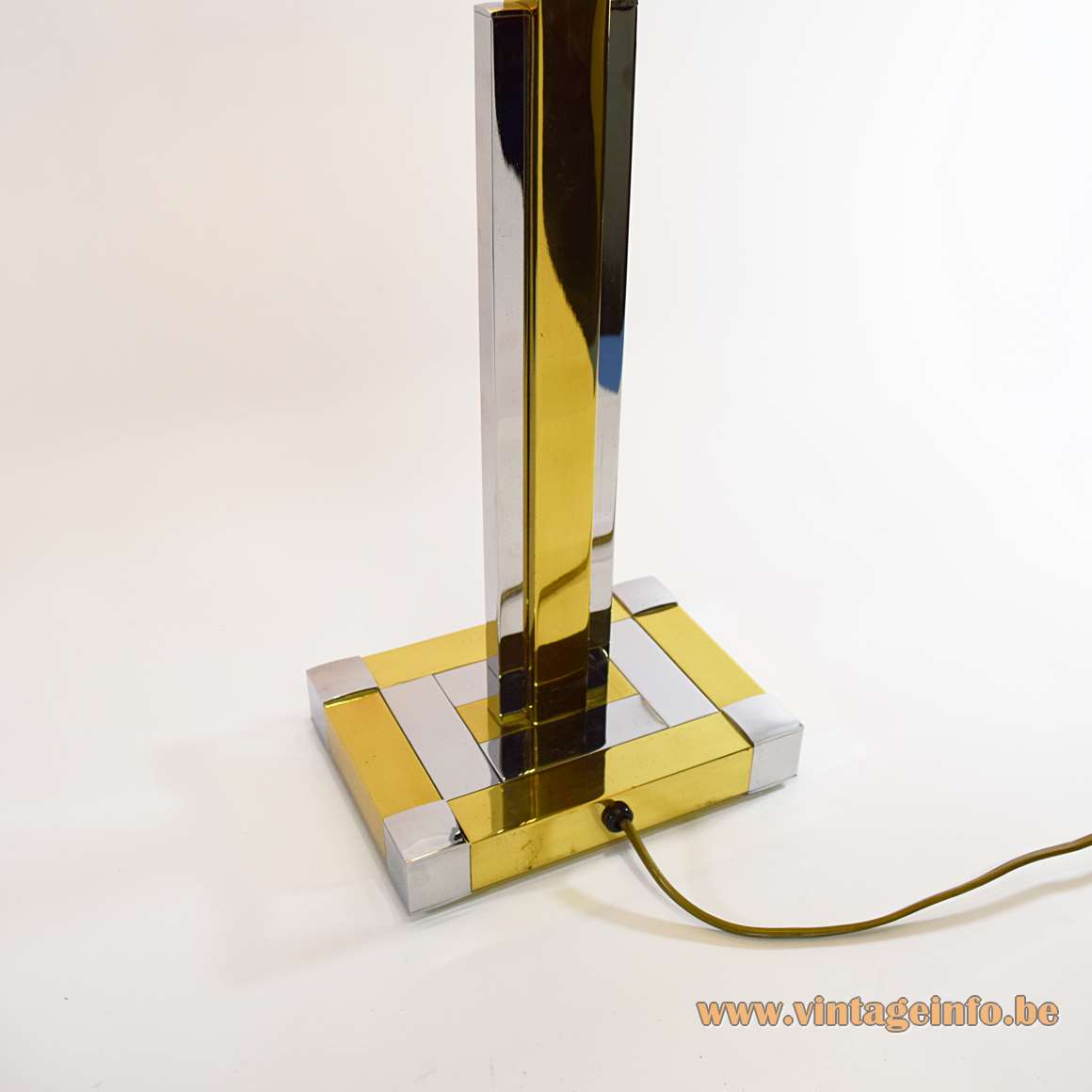 2 Willy Rizzo style table lamps were used as a prop in the 2018 French romantic comedy film Les Goûts et les Couleurs (To Each, Her Own), aired on Netflix. Starring Sarah Stern, Jean-Christophe Folly and Julia Piaton.

Other versions: This Willy Rizzo style table lamp exist in a smaller version (34 cm / 13.38” high), picture below. Many other geometric table lamps were made, some in strange forms. Sometimes a lamp is labelled, most of the time it is not. This type of table lamps are often named skyscraper lamps.

Similar lamps with brass and chrome tubes were made by the Spanish company BD Lumica, but they are all labelled and have a different, mostly double socket, as you can see below on the right. Also the French Atelier La Boetie produced similar lamps. And also Solken-Leuchten from Germany, Hans-Agne Jakobsson from Sweden, Fabbian from Italy sold some similar lamps.

Often said that these lamps were made by Studio Willy Rizzo, but they are not of course.

A floor lamp in this style was on Willy Rizzo‘s website. Also made with square brass and chrome tubes. It is no longer on his website. A new website was created in 2020. Rizzo designed several items in chrome and brass.

Willy Rizzo (22 October 1928) was an Italian photographer and designer. He was born in Naples, Italy, and after he moved to France in the 1930s, his passion for photography began very early from the age of twelve, in the Italian college in Paris.

Willy Rizzo designed and produced furniture and lighting. The company name was Studio Willy Rizzo. He opened boutiques across France and Europe and had points of sale in New York, Los Angeles and Miami. In 1978, Rizzo gave it all up to return to photography, his first love. He died 25 February 2013 at the age of 84.

Not much to be found about the German Arte Lumen company. It was active from 1981 until 2016. It changed a couple of times from name. In 2003 it was named Mobiluce. Later on it was renamed in Arte Lumen. Today it is named Designfunktion and it is a re-seller of design lighting.

The label on this page is from another Arte Lumen lamp. This one has no label.

The wiring, plug, switch and socket are Italian and they are made by VLM Components from Buccinasco near Milan. They ware in production from the late 70s until the early 80s. The company became famous for the switches they produce since 1968, designed by Achille Castiglioni. You can find them over here. 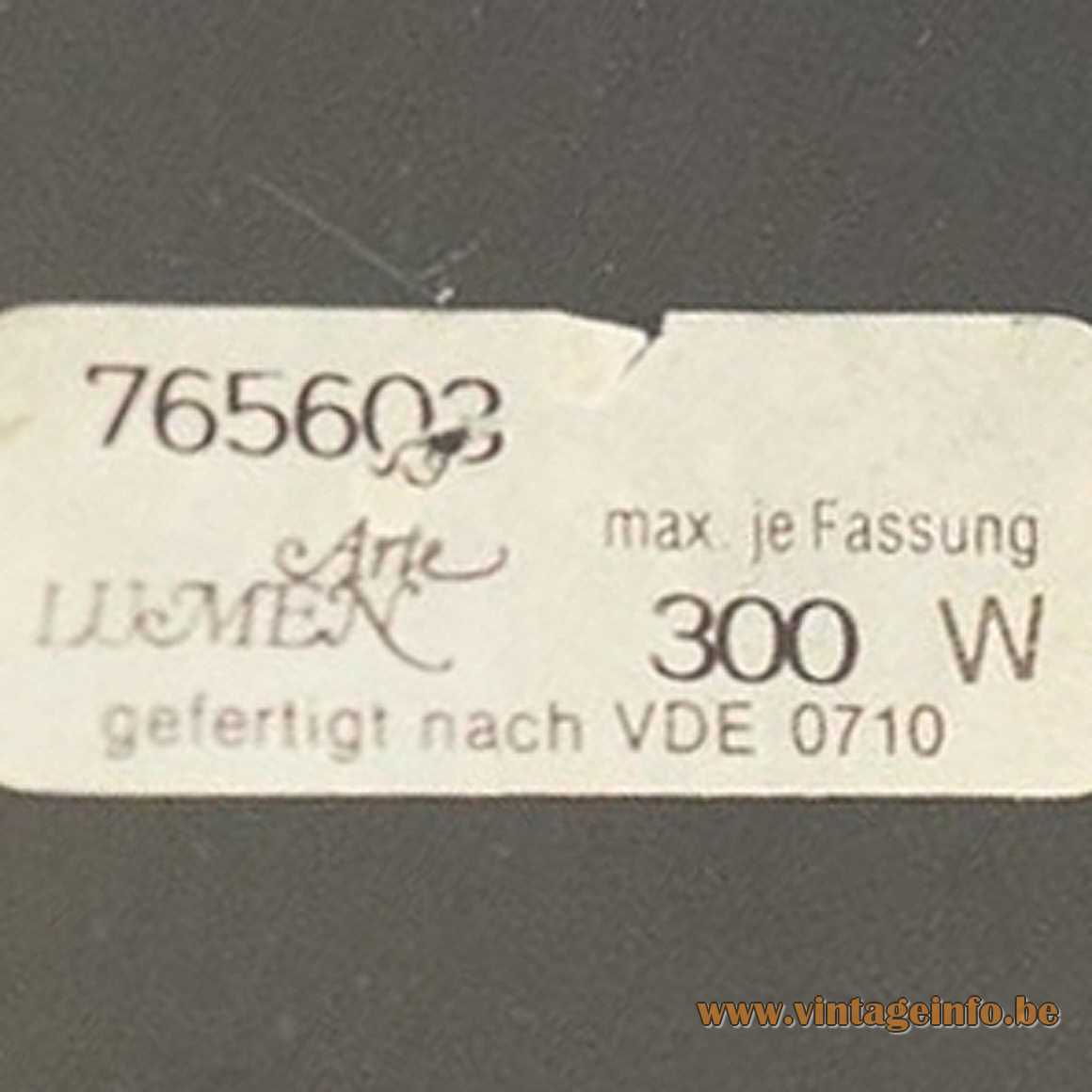 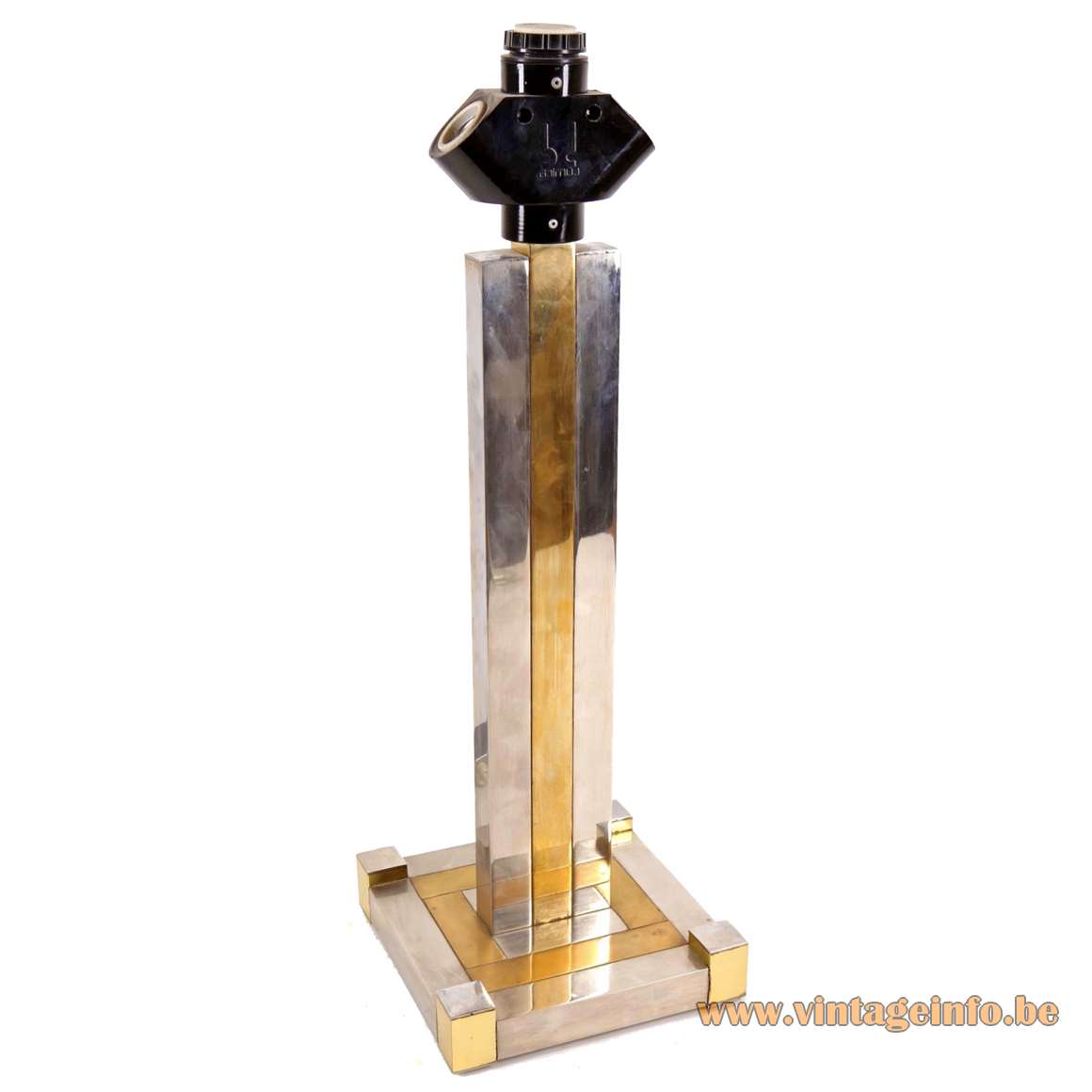 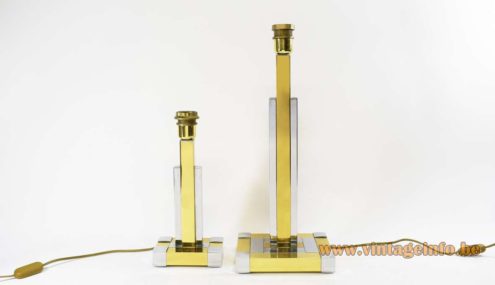