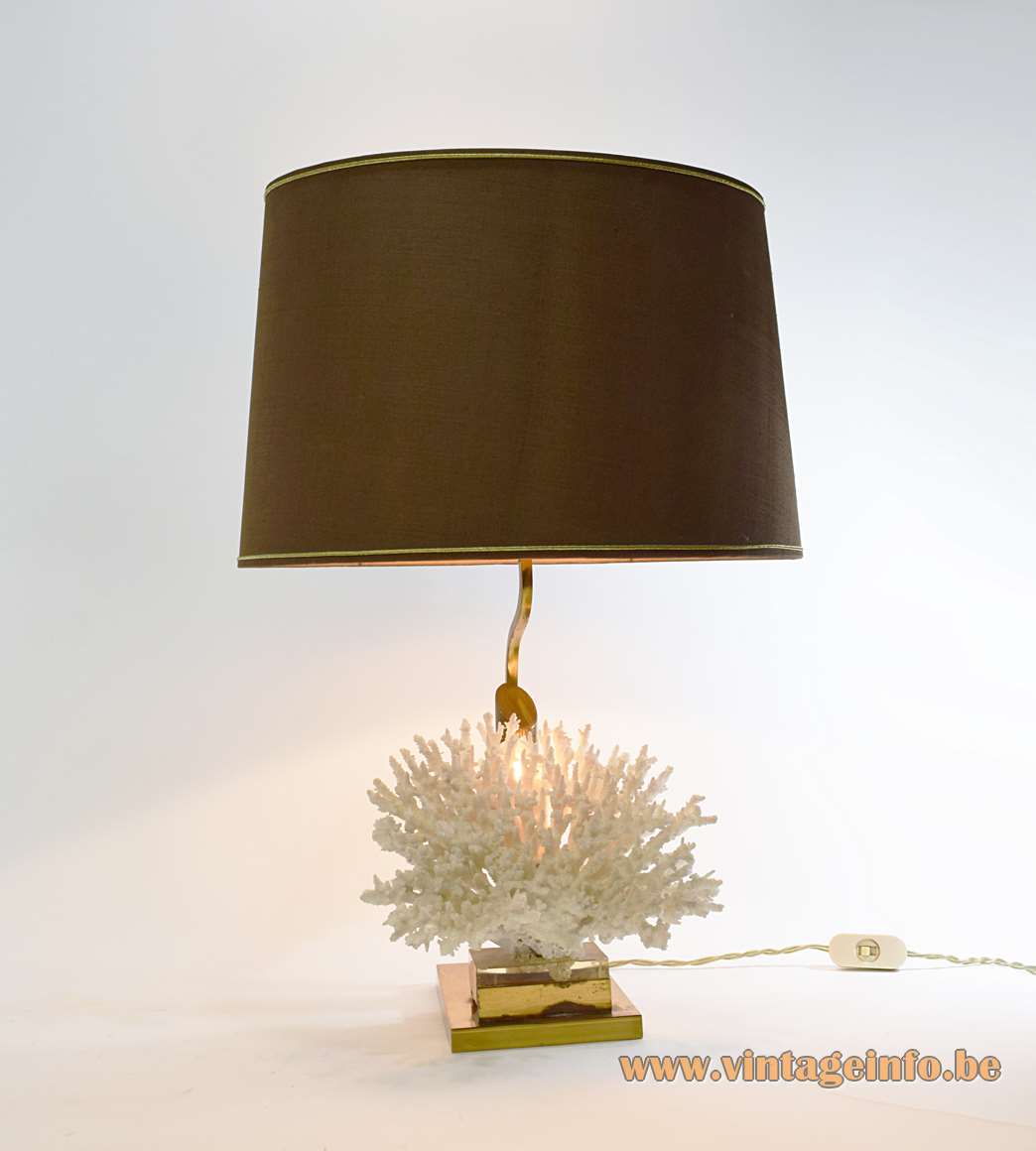 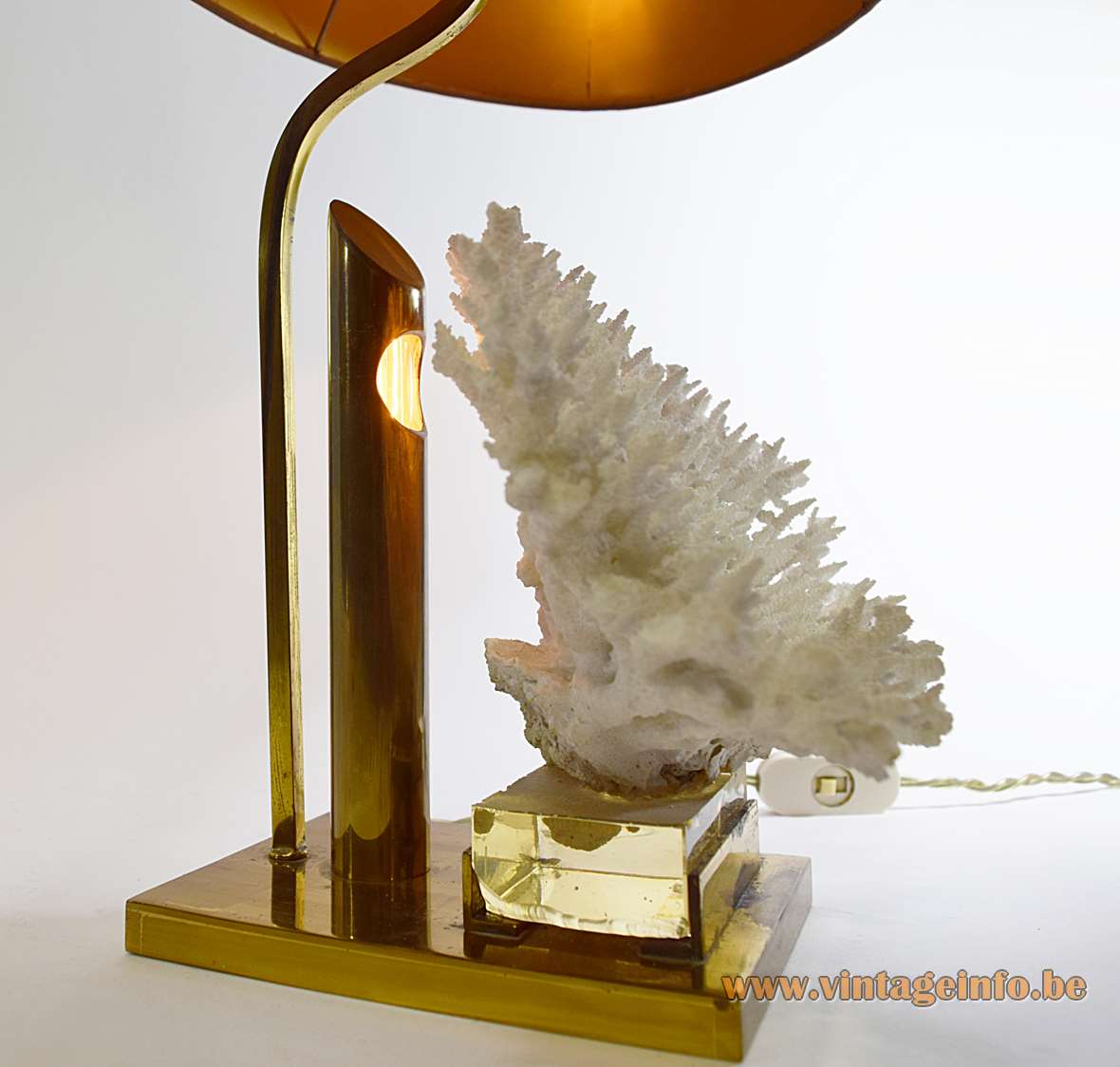 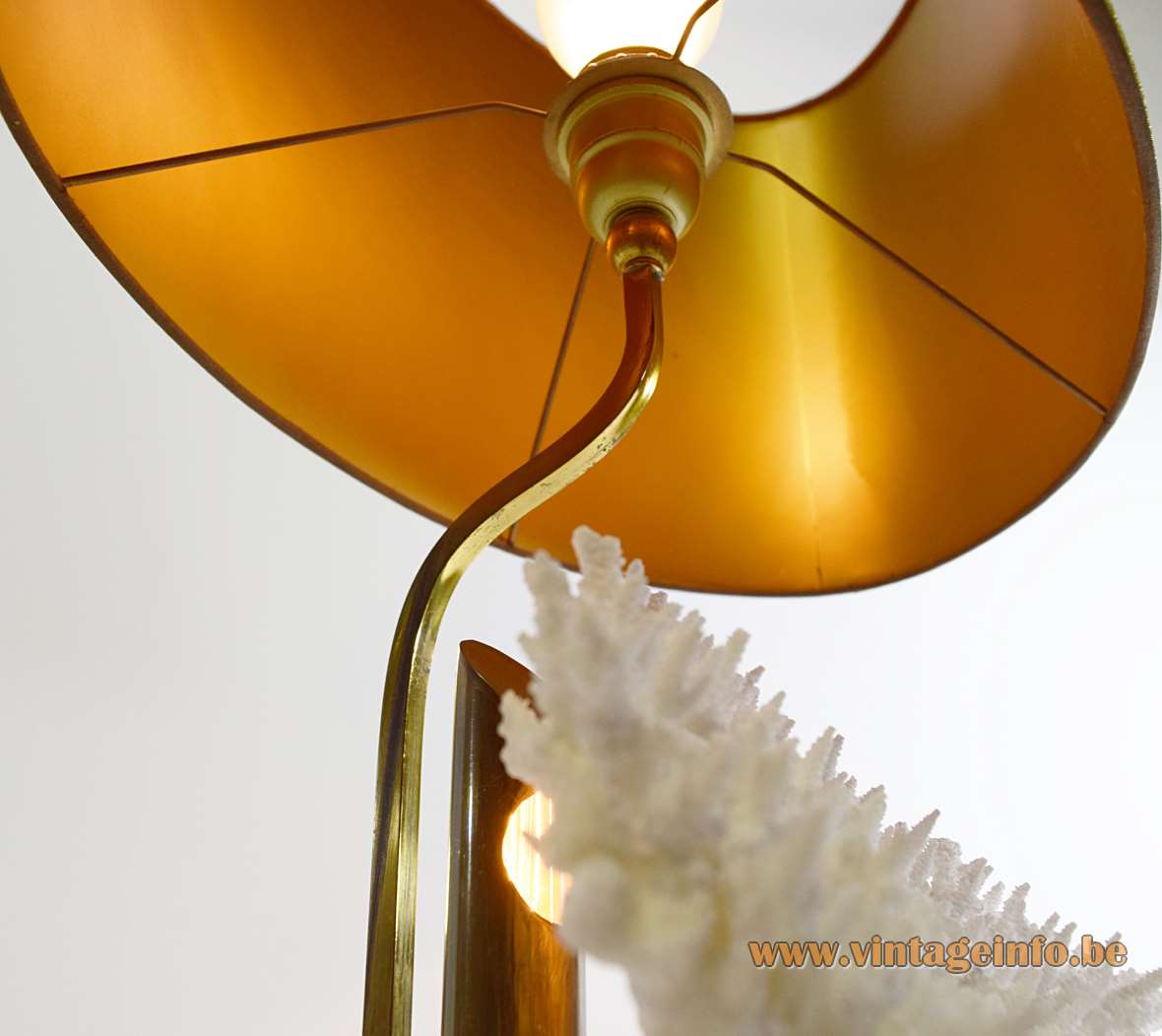 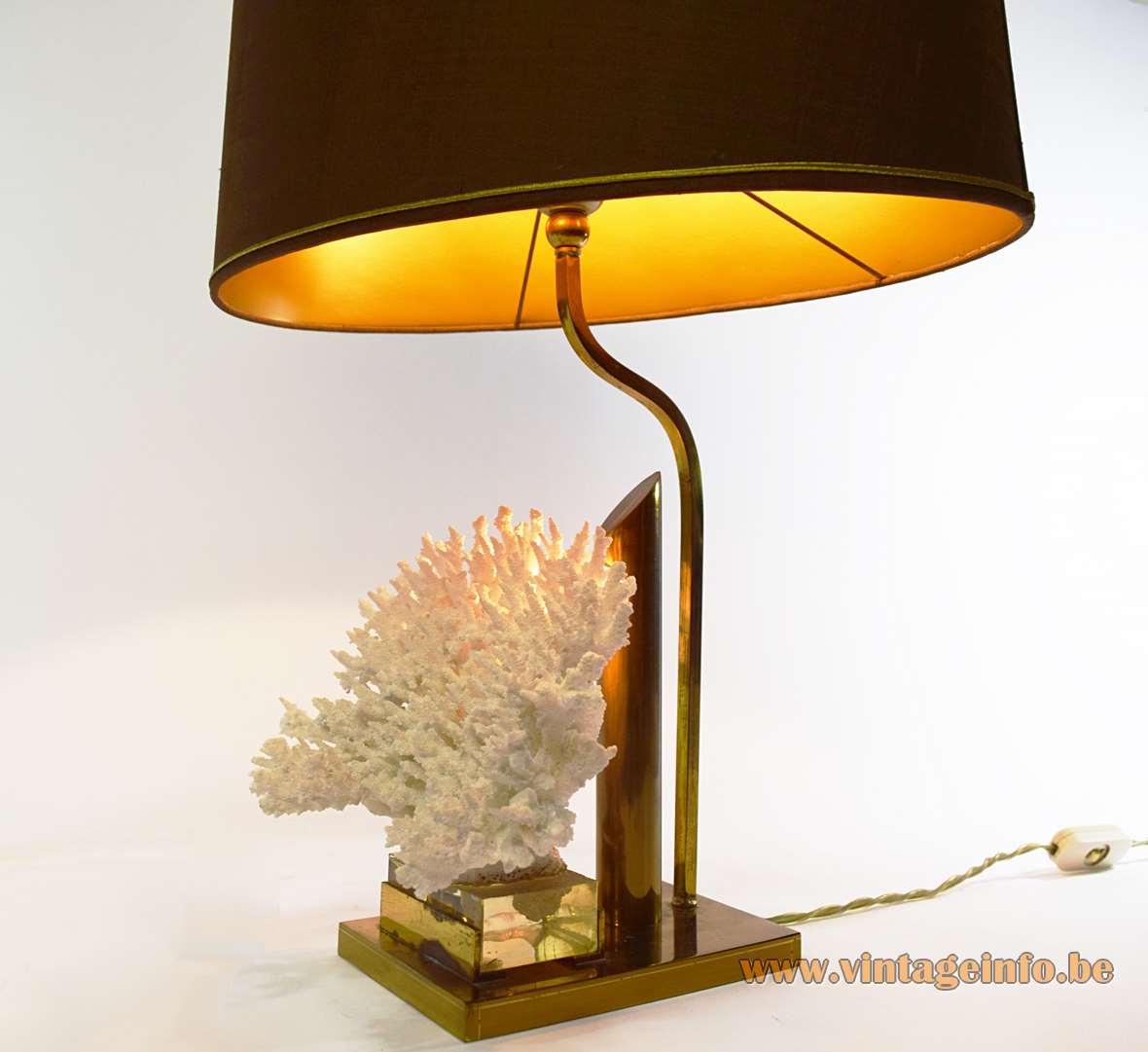 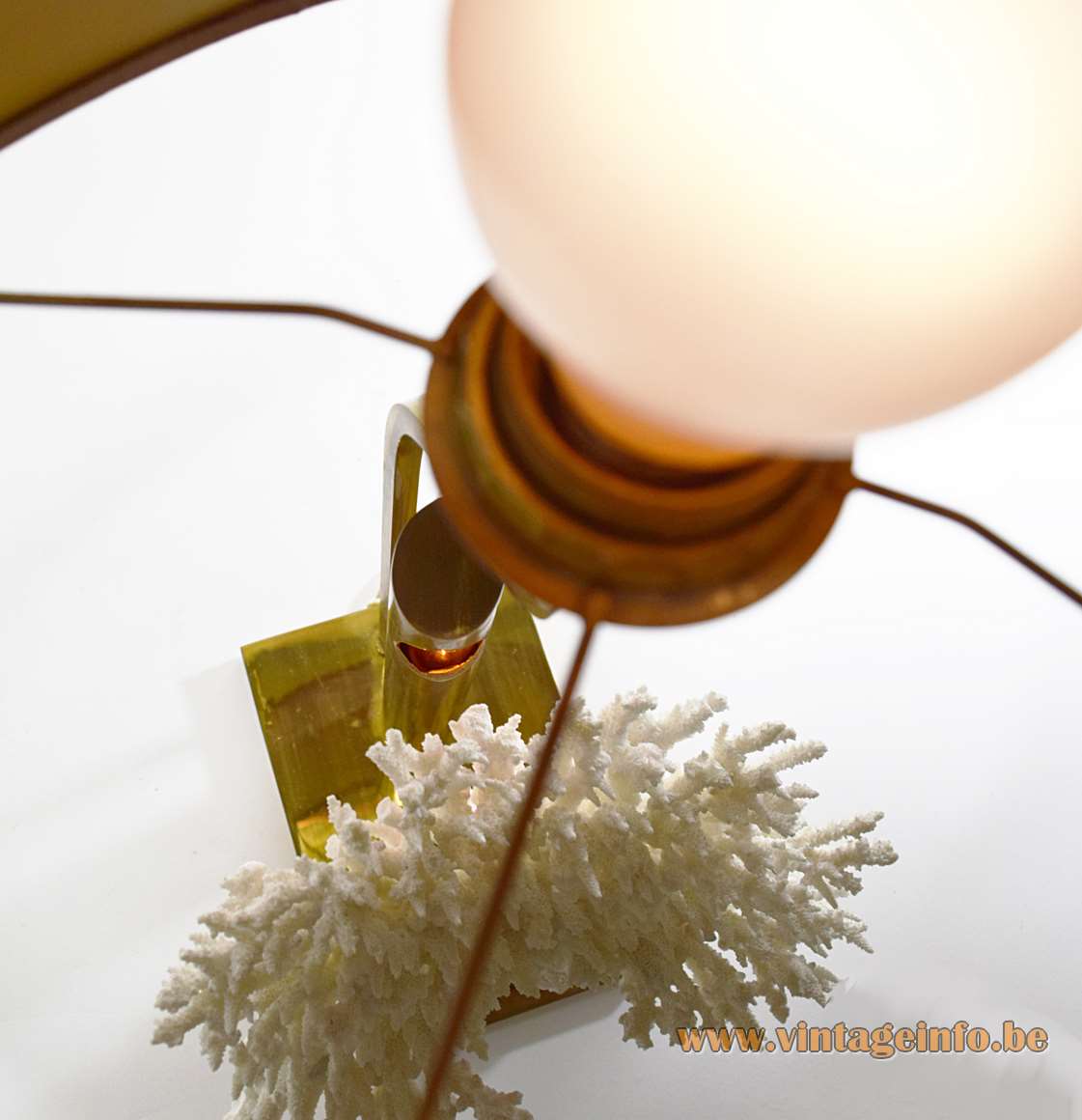 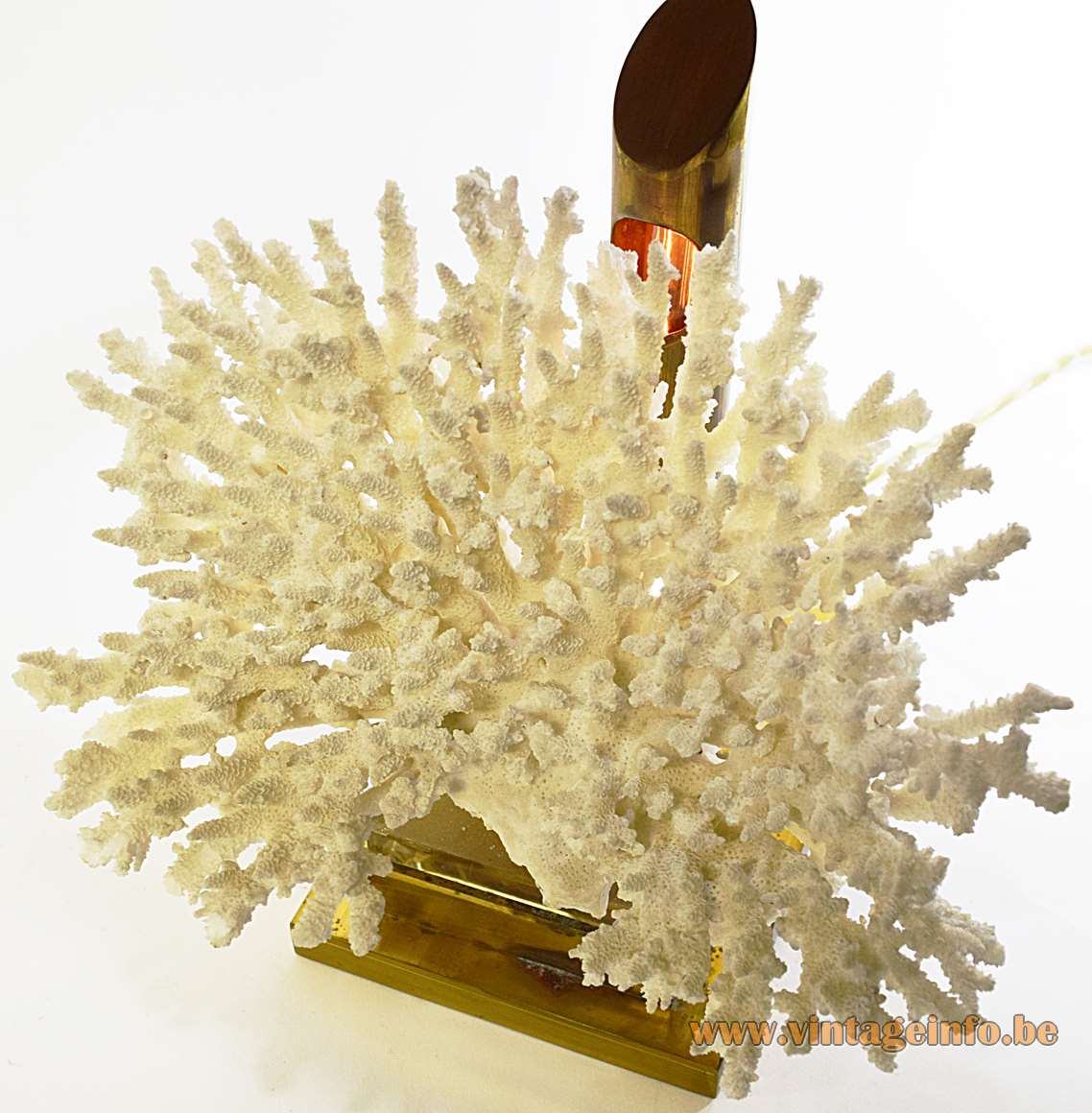 Table lamp with the same base, different coral

Materials: Brass base & parts. Polyester is used as a base for the lace or cauliflower coral (pocillopora damicornis). Curved square brass rod. 2 Bakelite sockets. An E27 socket in the brown oval conical fabric lampshade. An E14 socket behind the coral in a brass tube.

Other versions: These 1970s cauliflower coral table lamp exists in many different sizes, colours, other minerals, corals, shells and so on. All with this brass base with polyester. 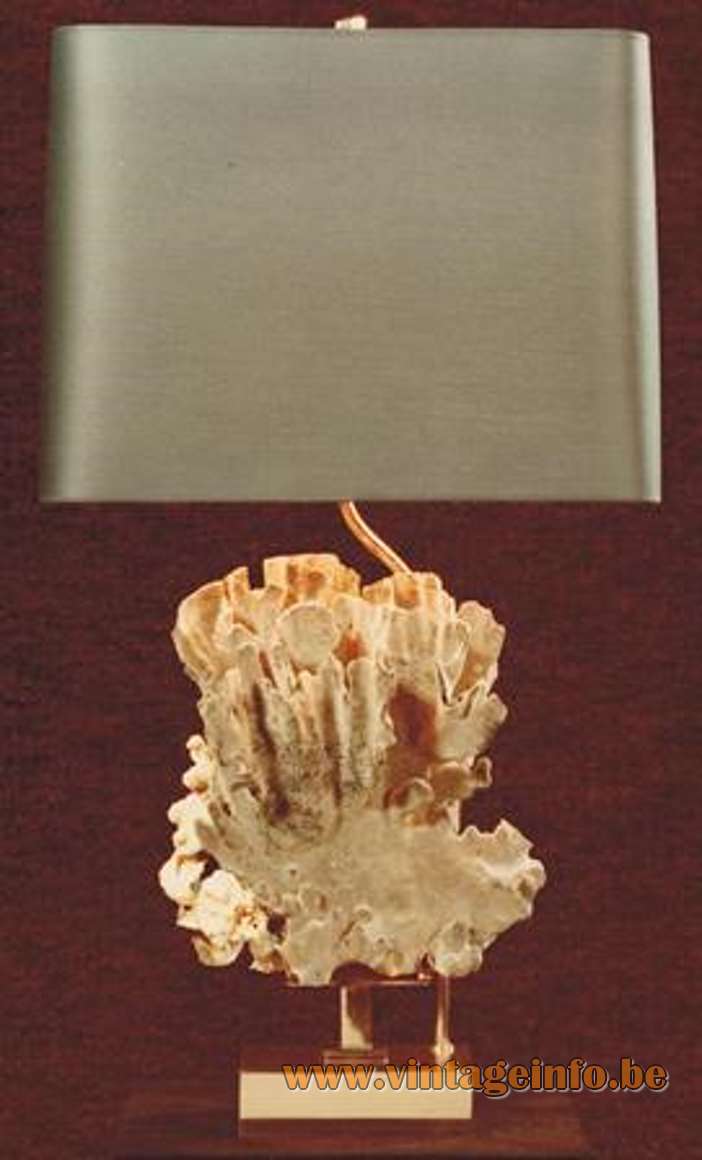 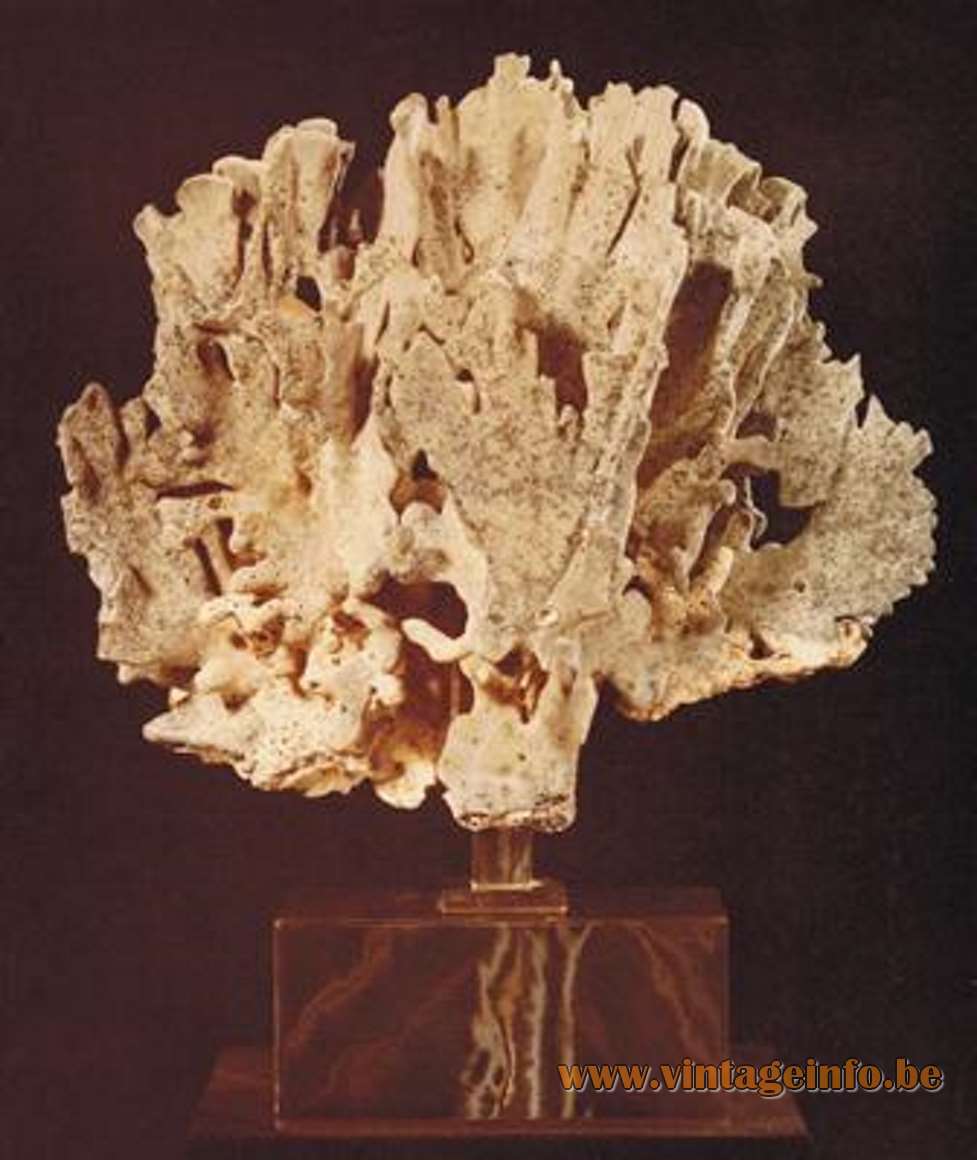