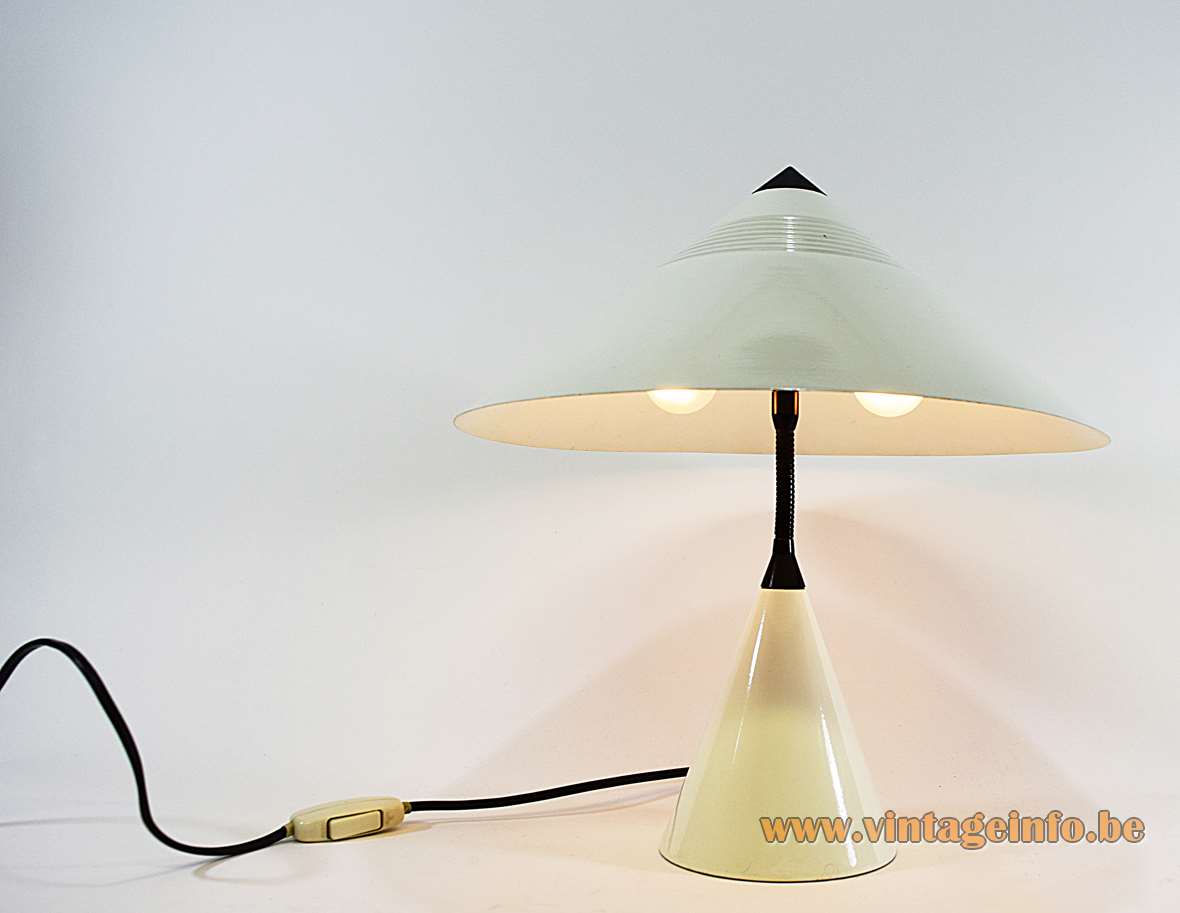 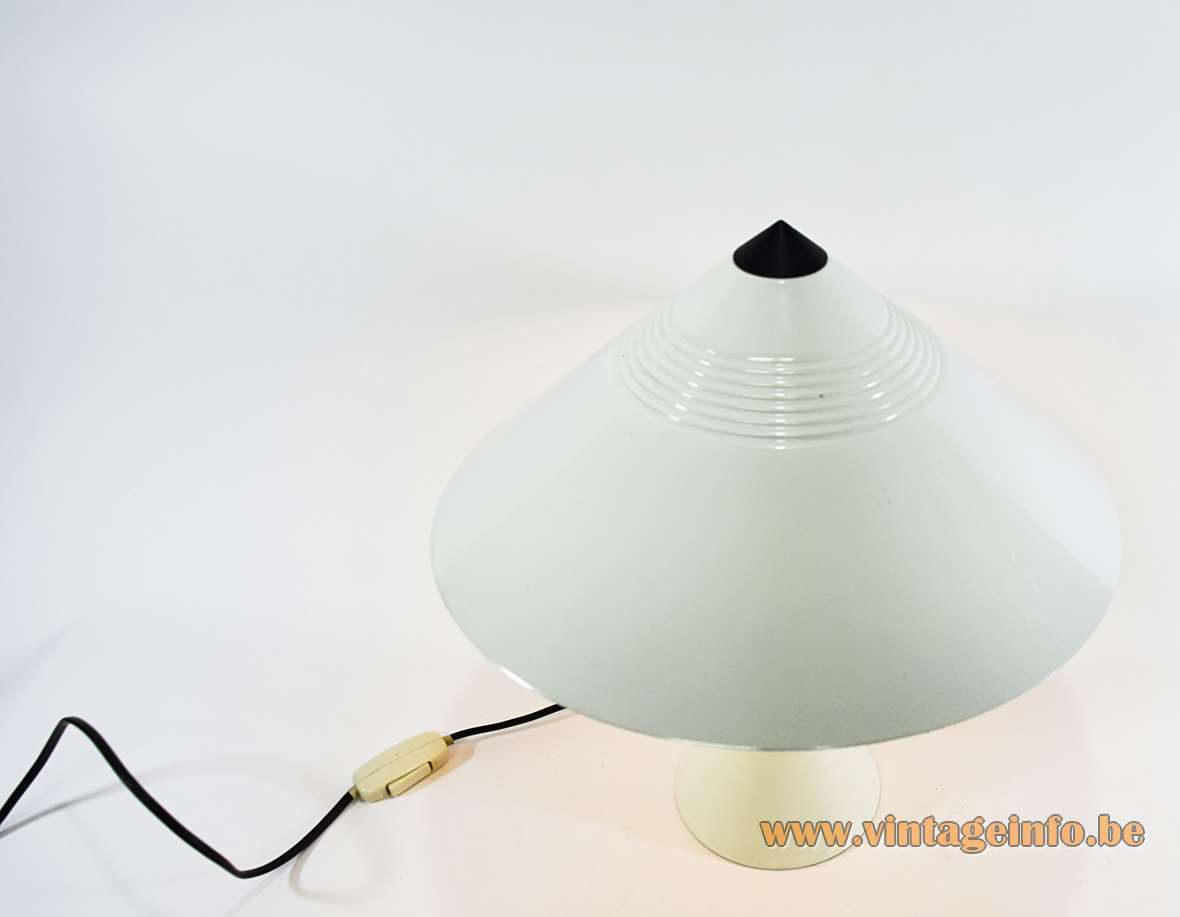 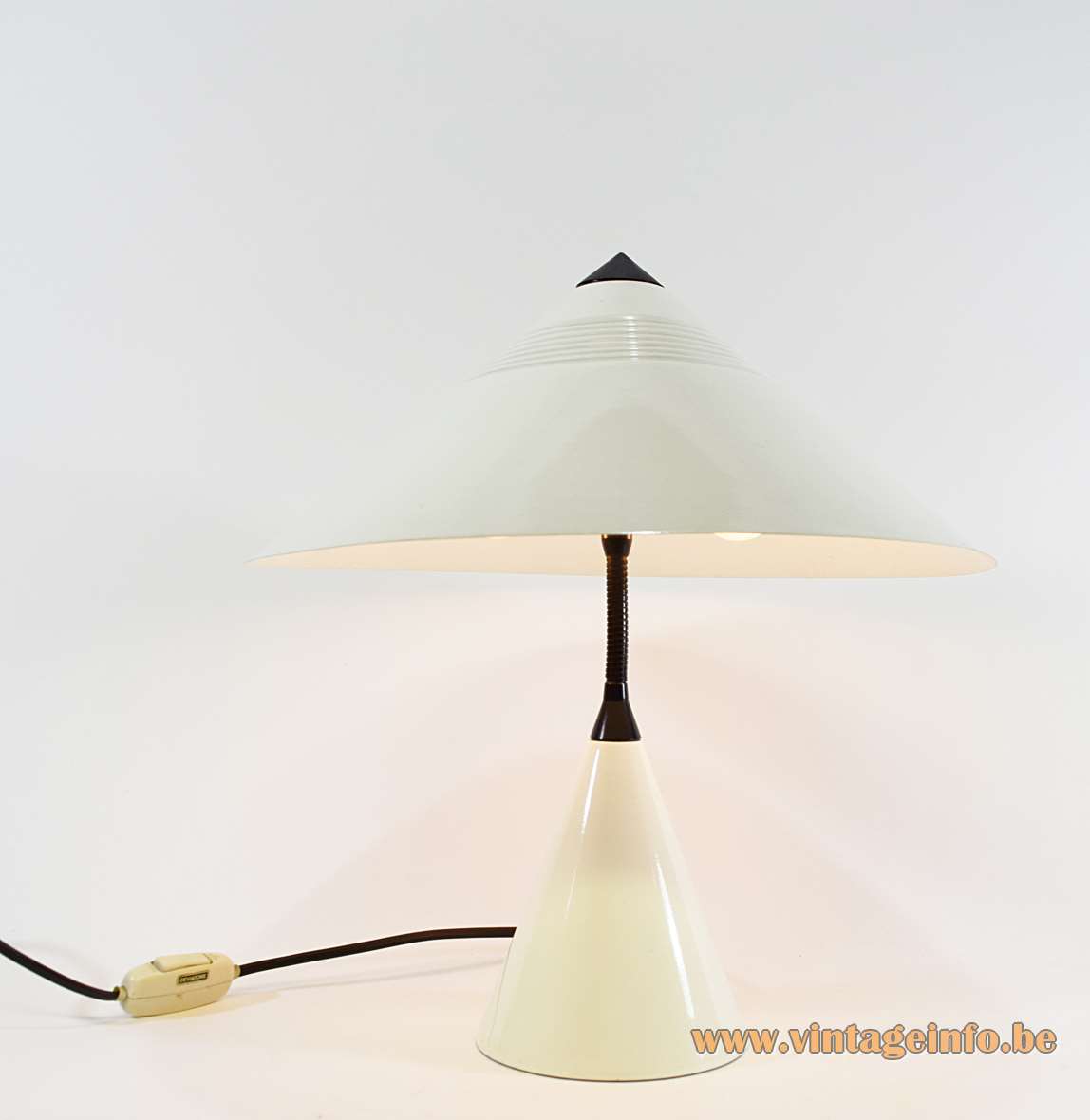 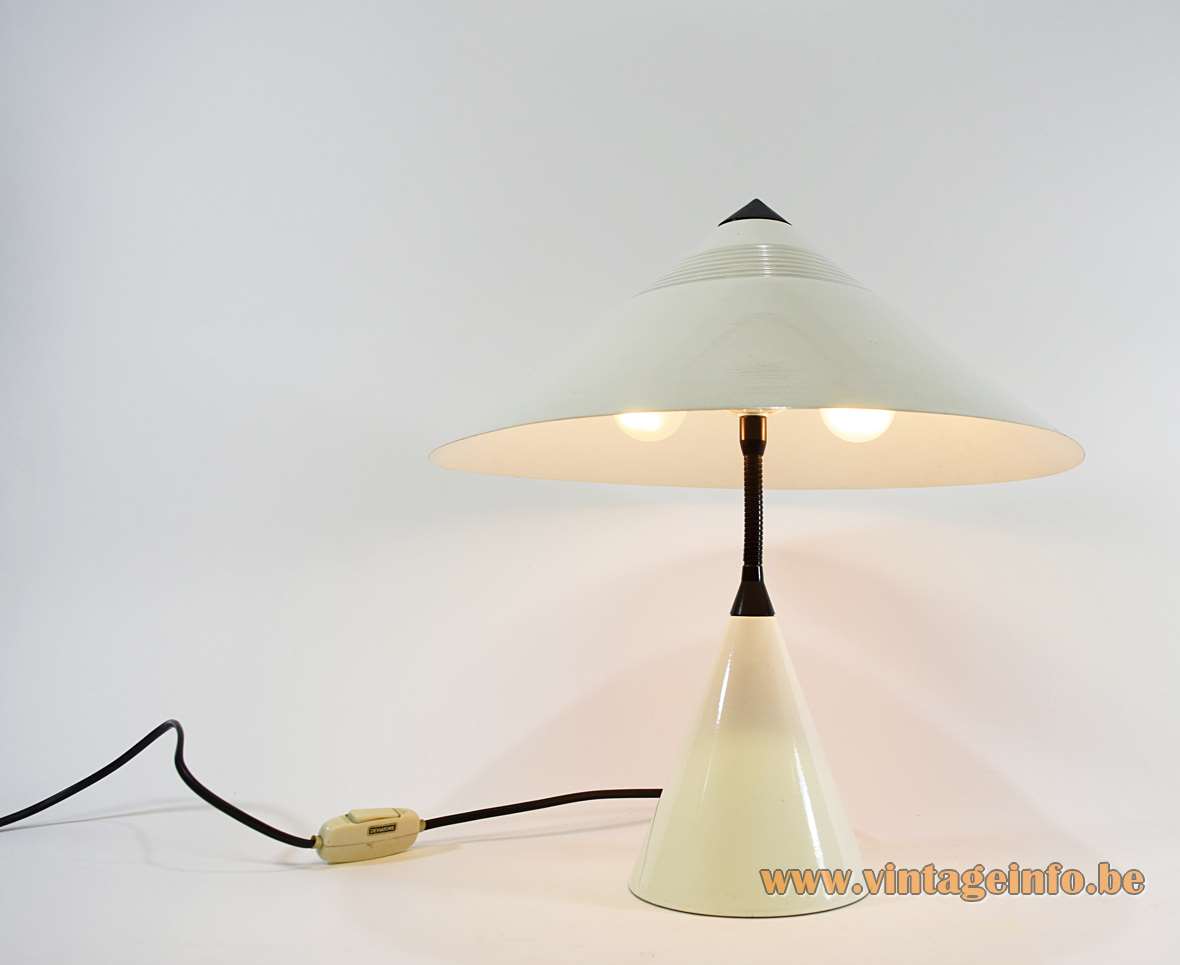 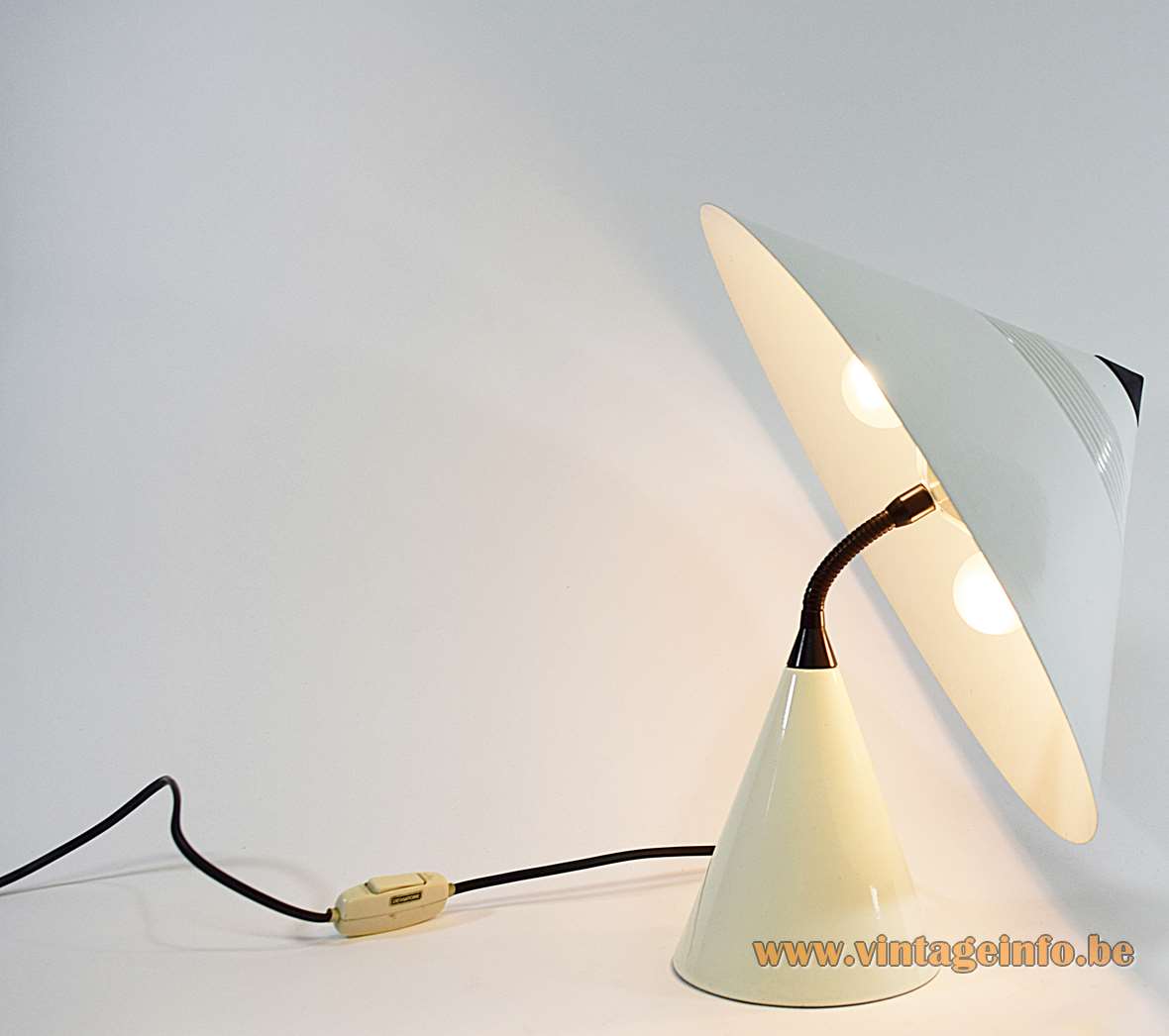 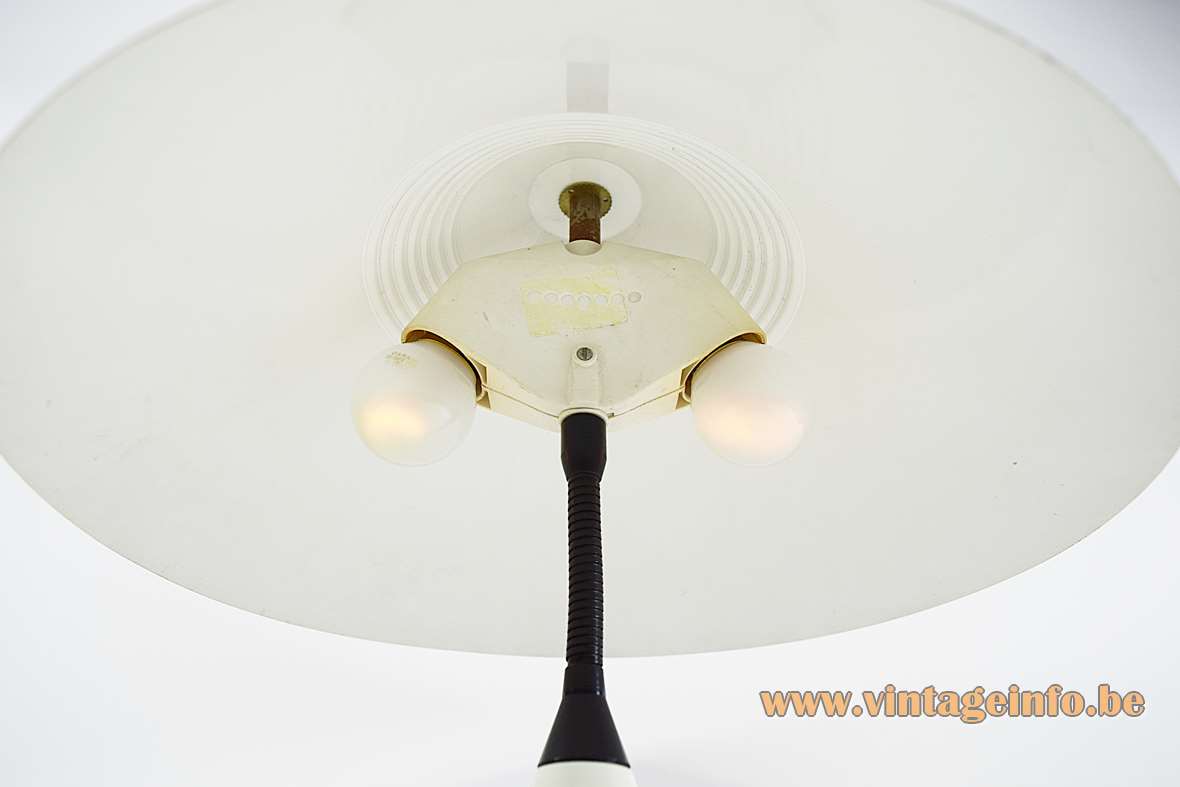 Other versions: This 1980s white cone table lamp was also made as a pendant lamp and was produced in several colours.

This table lamp is made in the Italian “Memphis” style, but it was produced in Belgium by Massive. The label is missing as you can see, but the remnants of the 1980s label are present. The electric parts are made by VLM Components.

The Italian Memphis Group was a design and architecture group founded by Ettore Sottsass (1917-2007) in 1981 in Milan which designed Postmodern furniture, lights, fabrics, ceramics, glass and metal objects from 1981 to 1987. 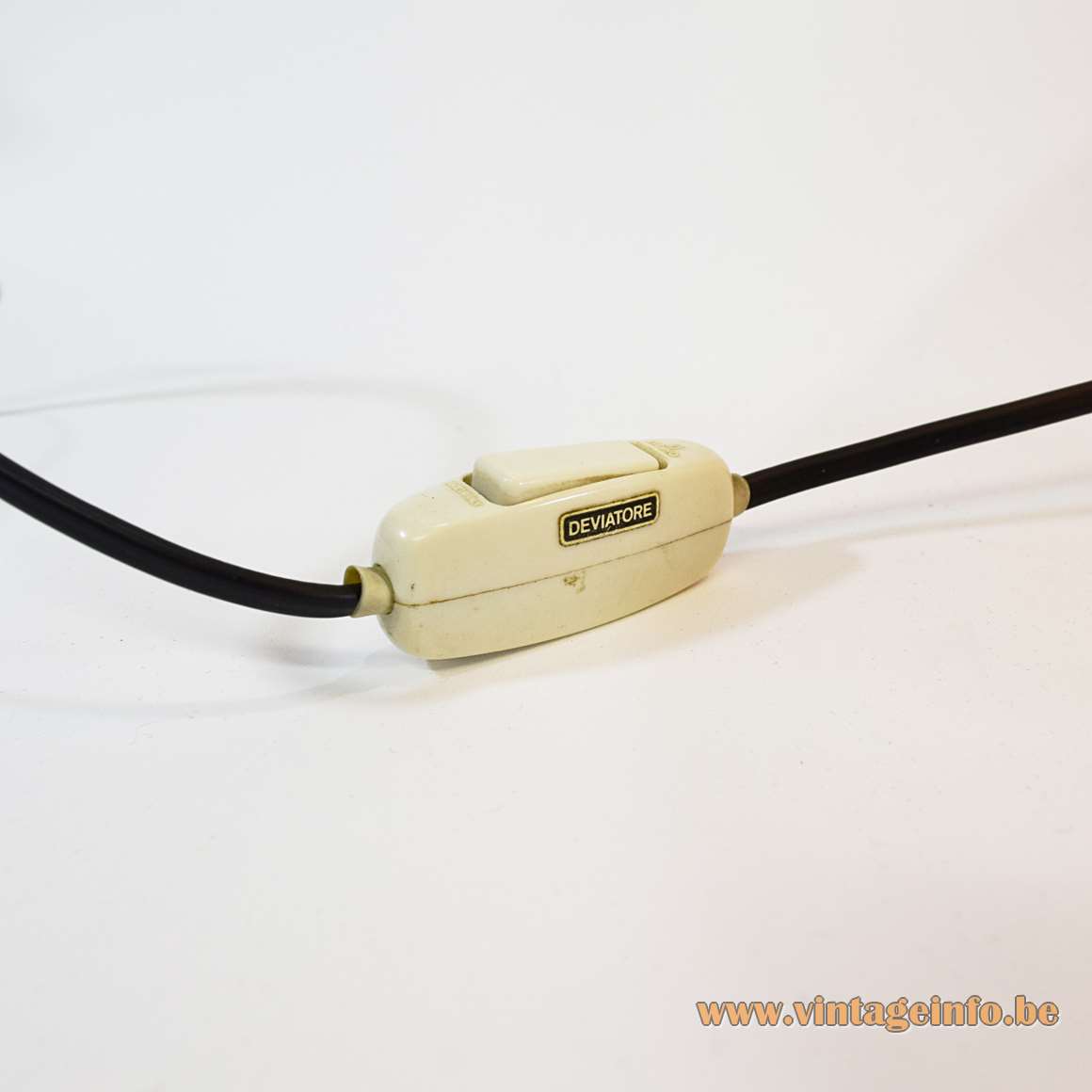 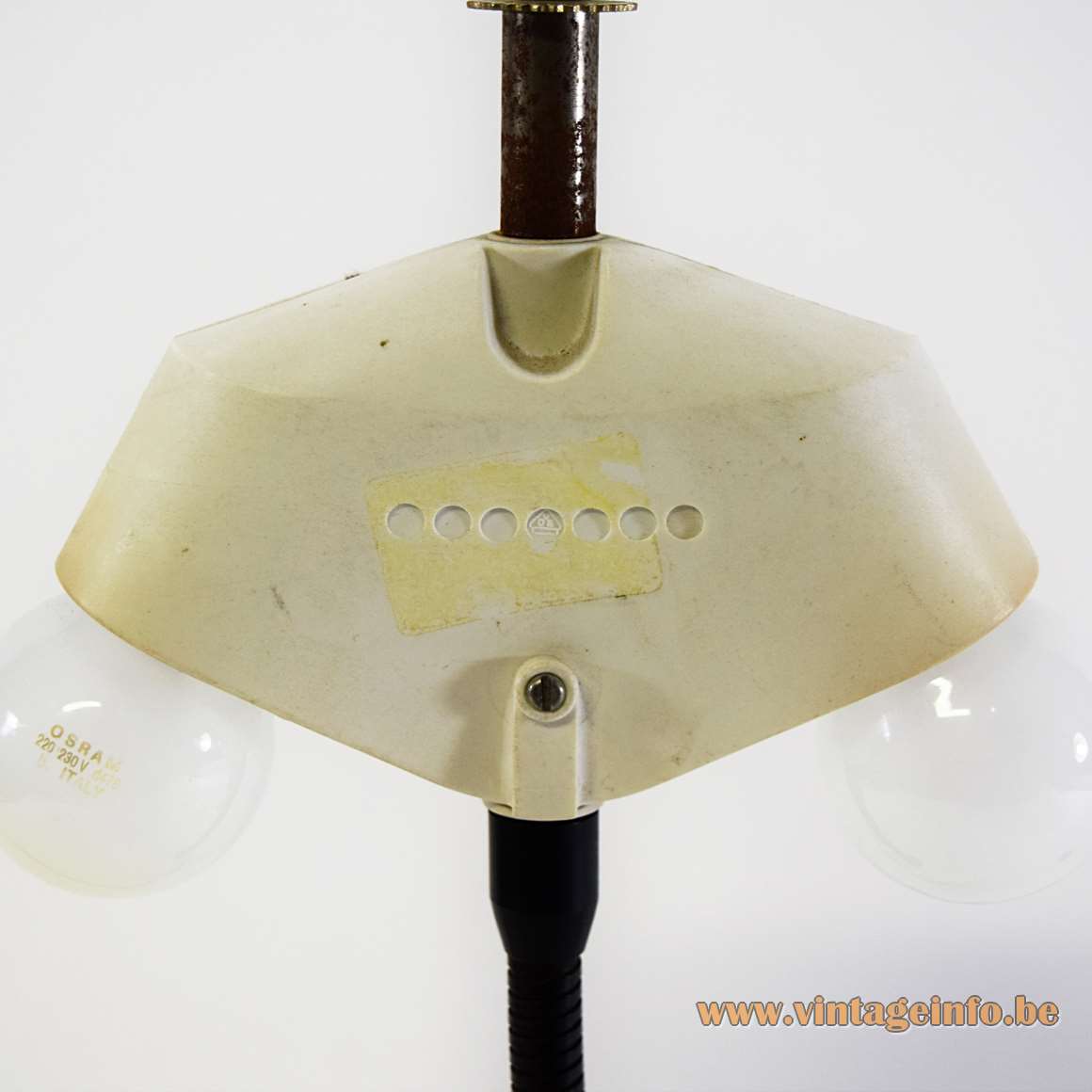