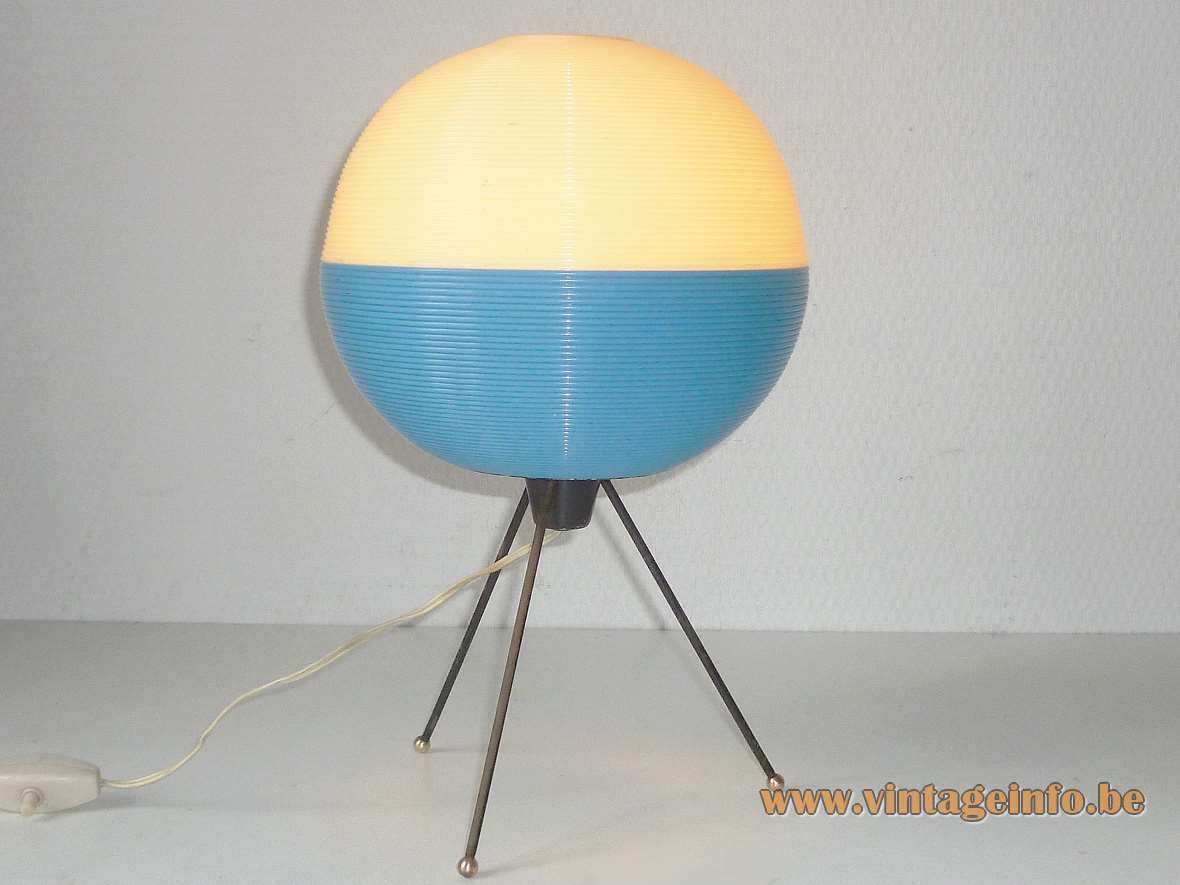 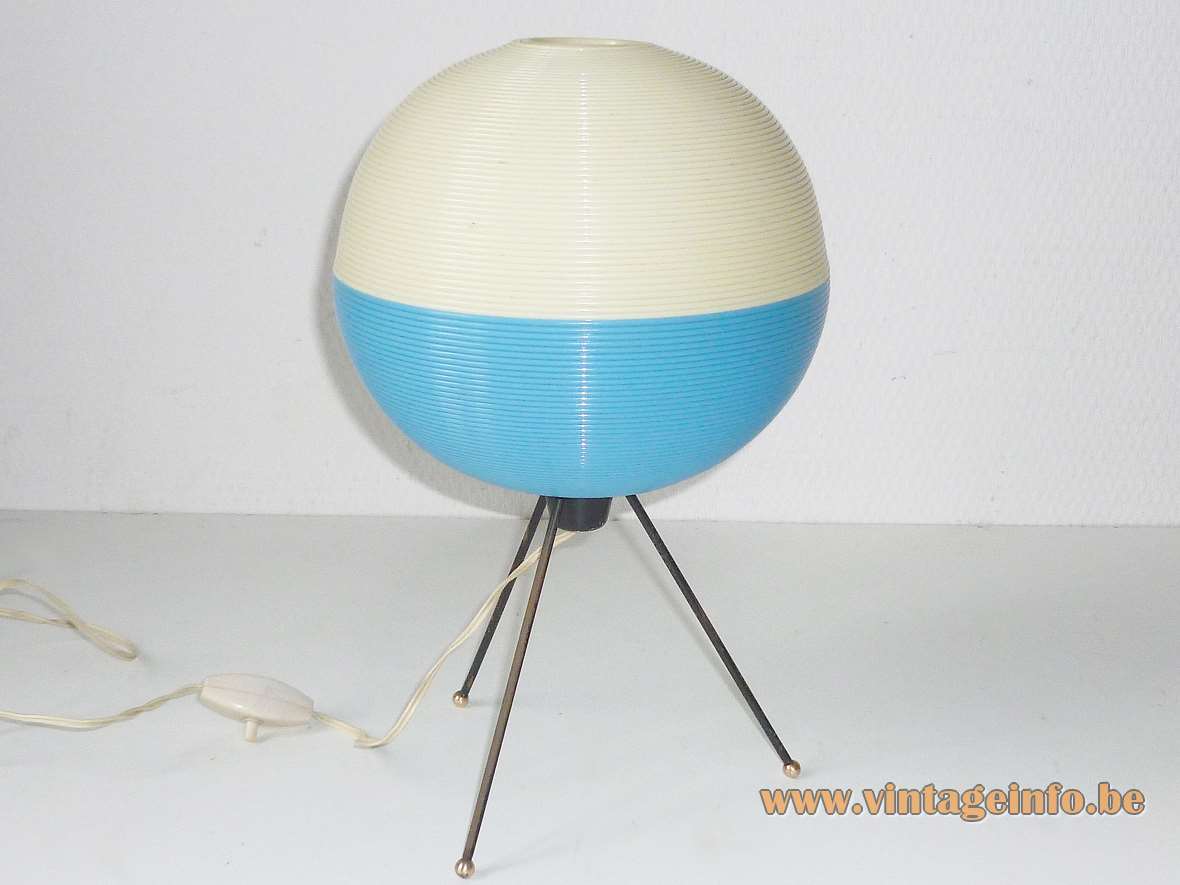 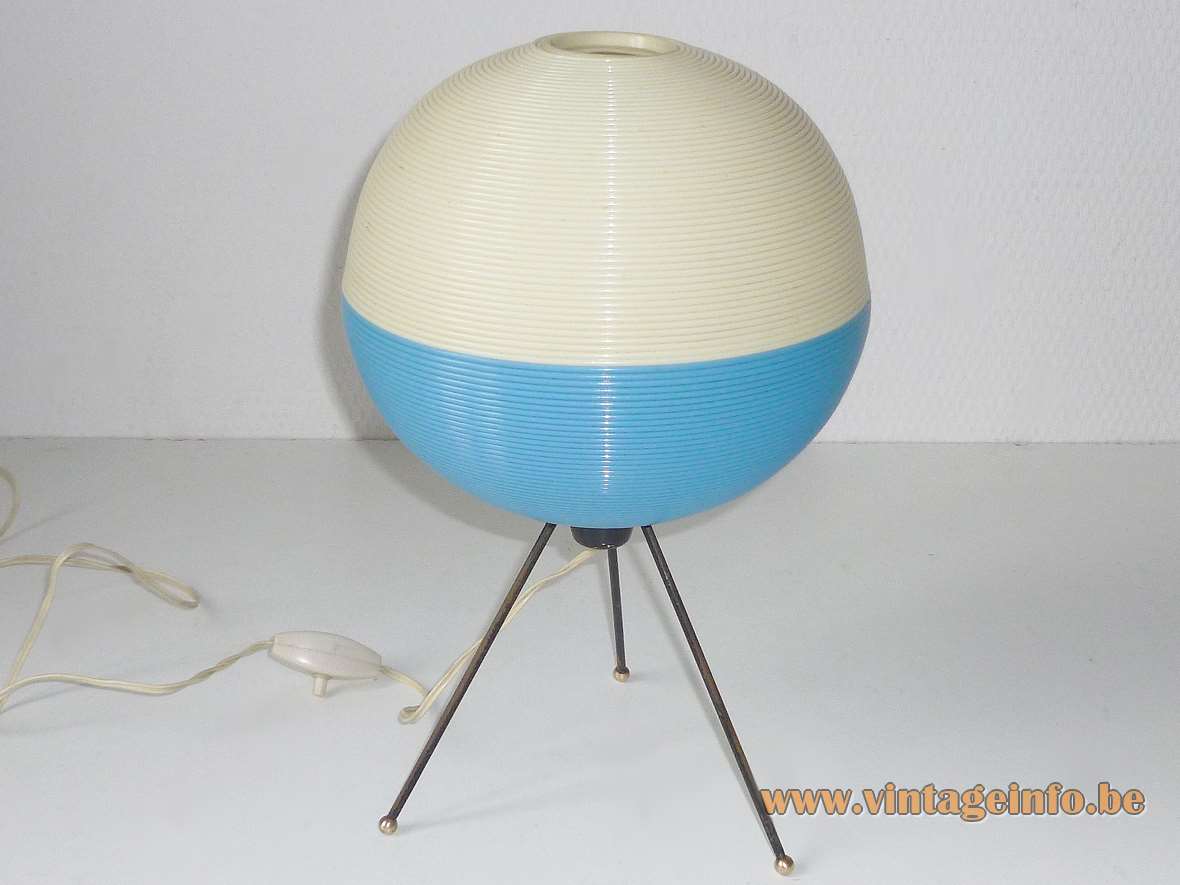 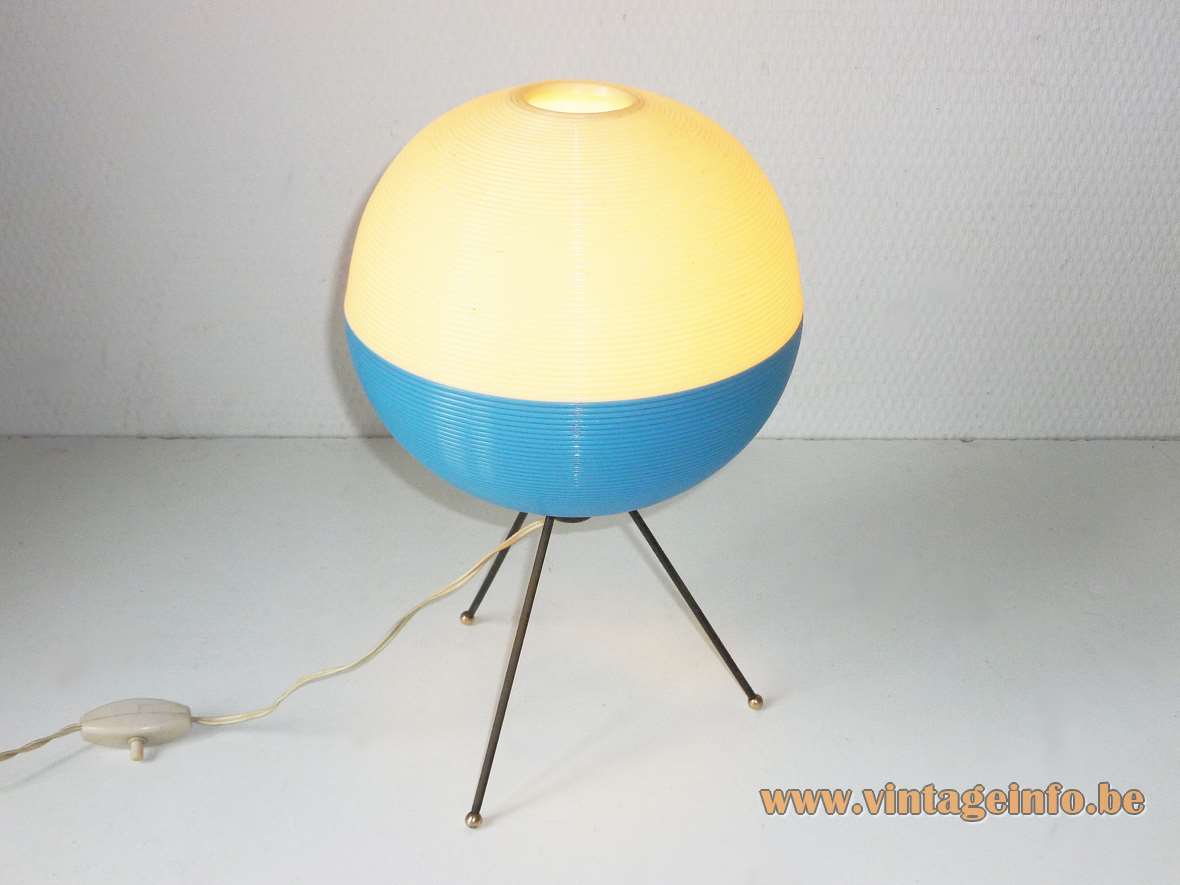 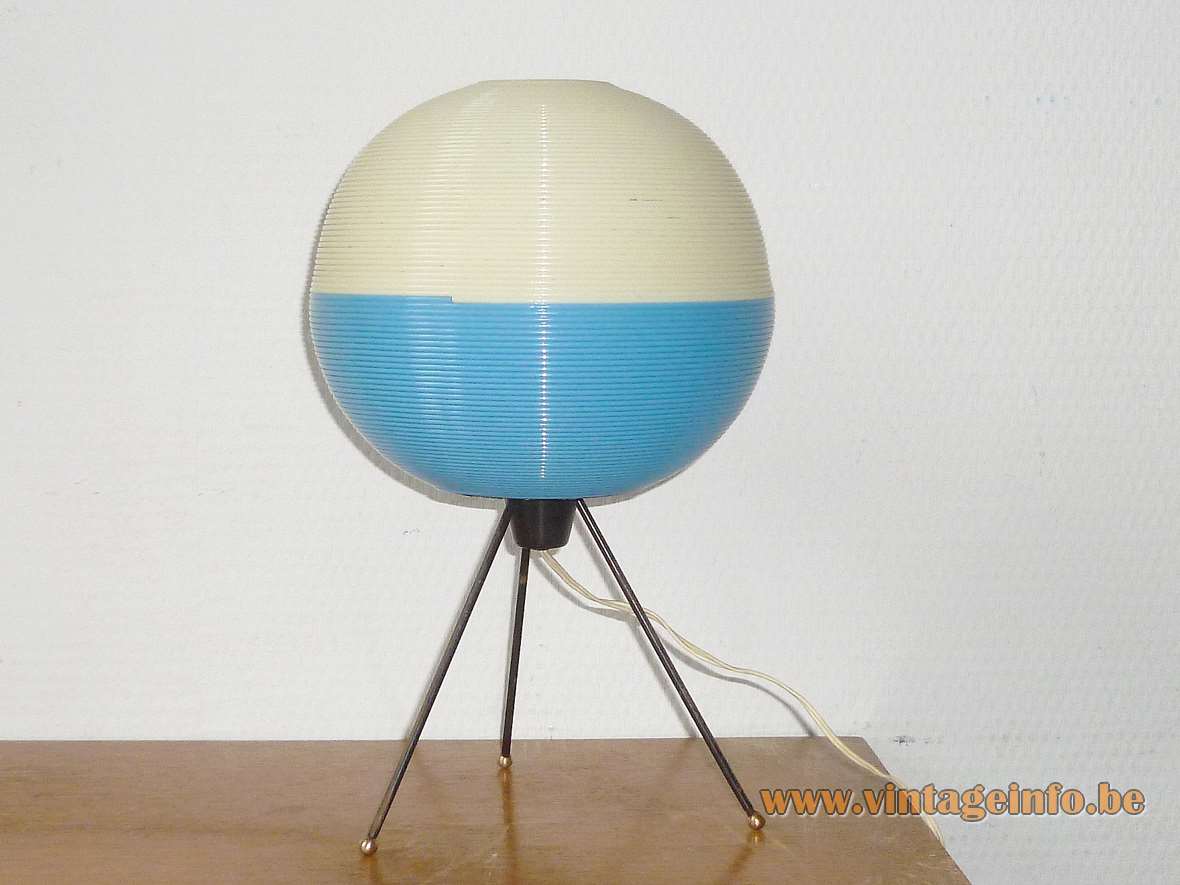 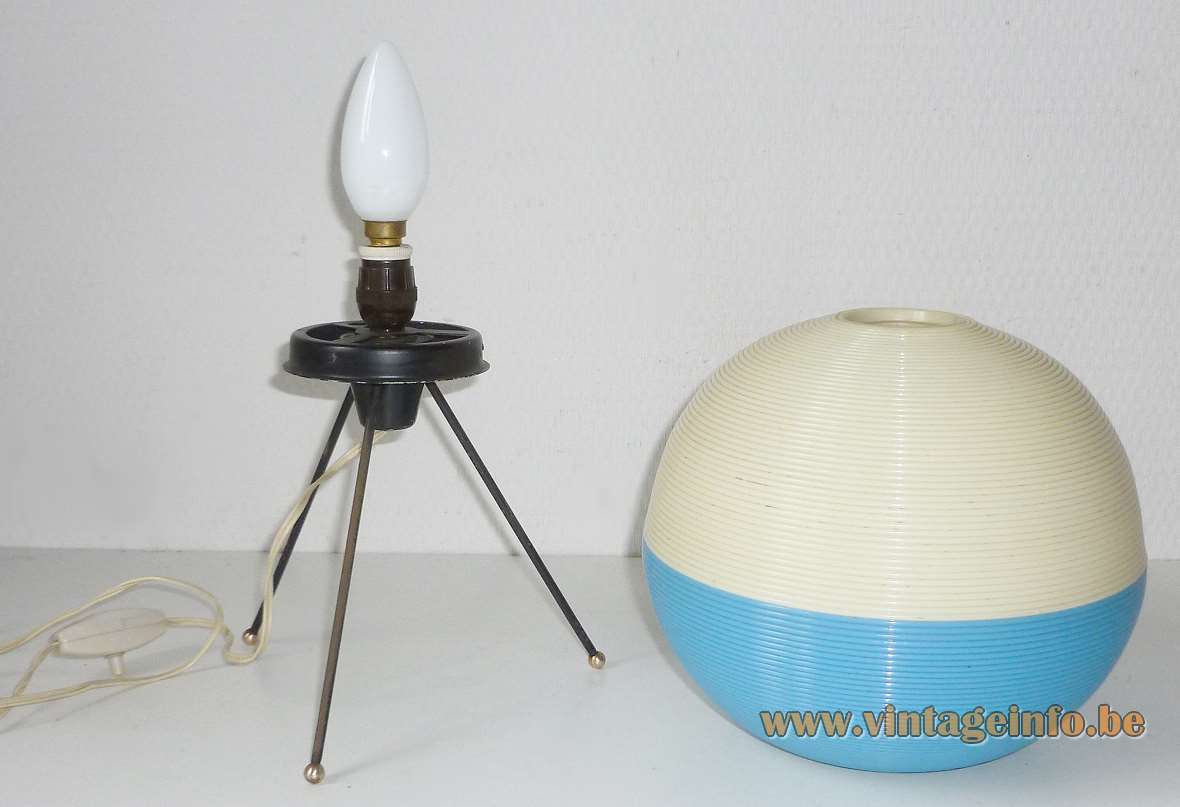 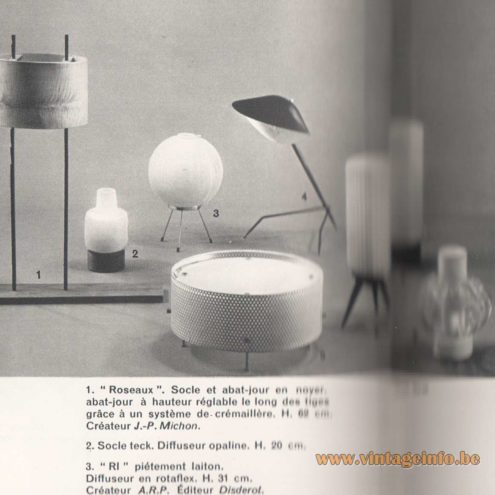 Other versions: The Rotaflex tripod globe table lamp was made in several colours and also complete white. The name or number of this tripod table lamp is R1. Probably Rotaflex 1, the first lamp of the company. Variations in the base exists.

The company Atelier de Recherche Plastique was founded in 1954 by Pierre Guariche (1926 – 1995), Joseph-André Motte (1925 – 2013) and Michel Mortier (1925 – 2015). The three young designers wanted to shake the codes of classicism by drawing new forms to create more accessible furniture and lights. All three met while working in the agency of designer Marcel Gascoin.

Rotaflex received several design awards, among others, iF Design awards for cellulose acetate pendant lamps in 1957. The Rotaflex company no longer exists.

Disderot produced this lamp in France, as you can see below. Photo taken from the L’Art Menager book from 1963 (page 344). A book published by Flammarion Paris, France. But it is slightly different. The Disderot lamp has plastic caps on the legs. These one are made in brass and much more elegant. Also, the Disderot lamp has a B22 socket (in France). In all probability it is a first edition and produced by Rotaflex. 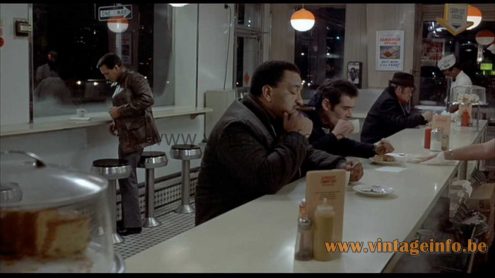 Many thanks to Samuel for the beautiful pictures and the enthusiasm.