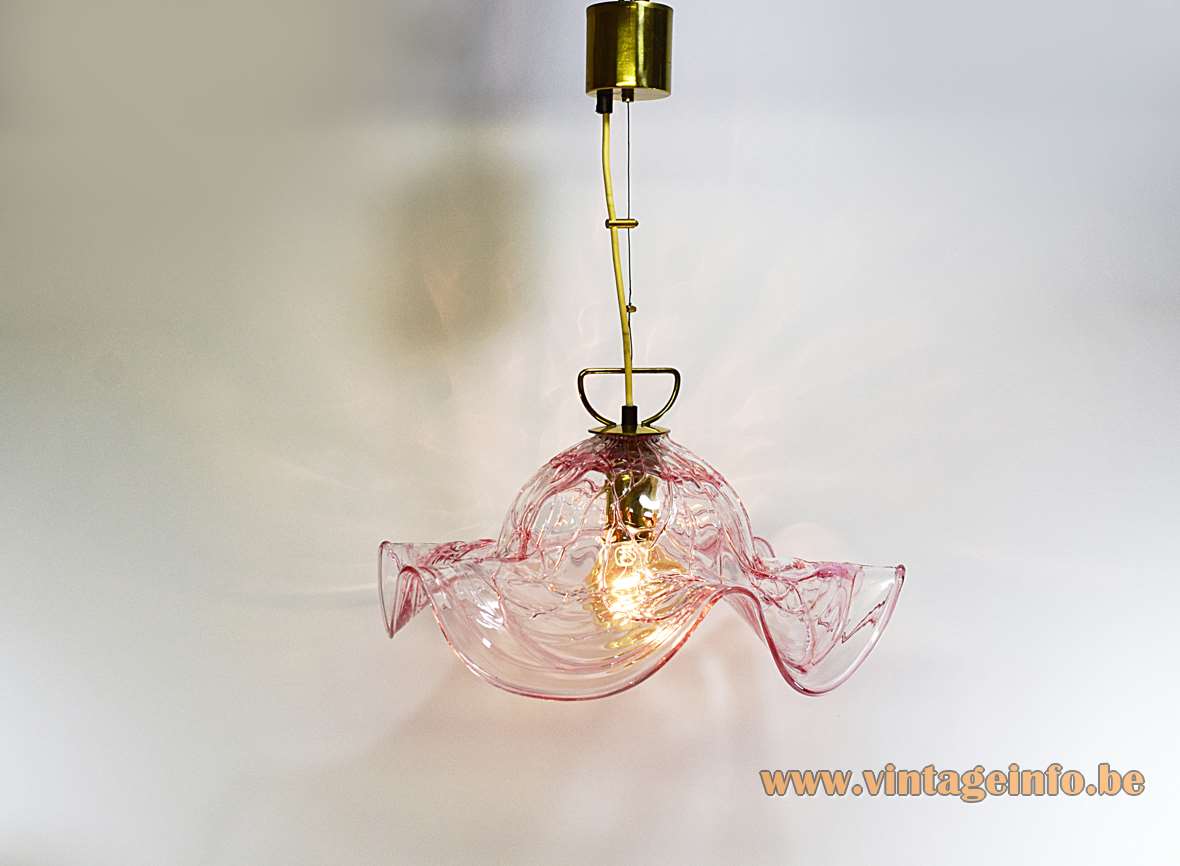 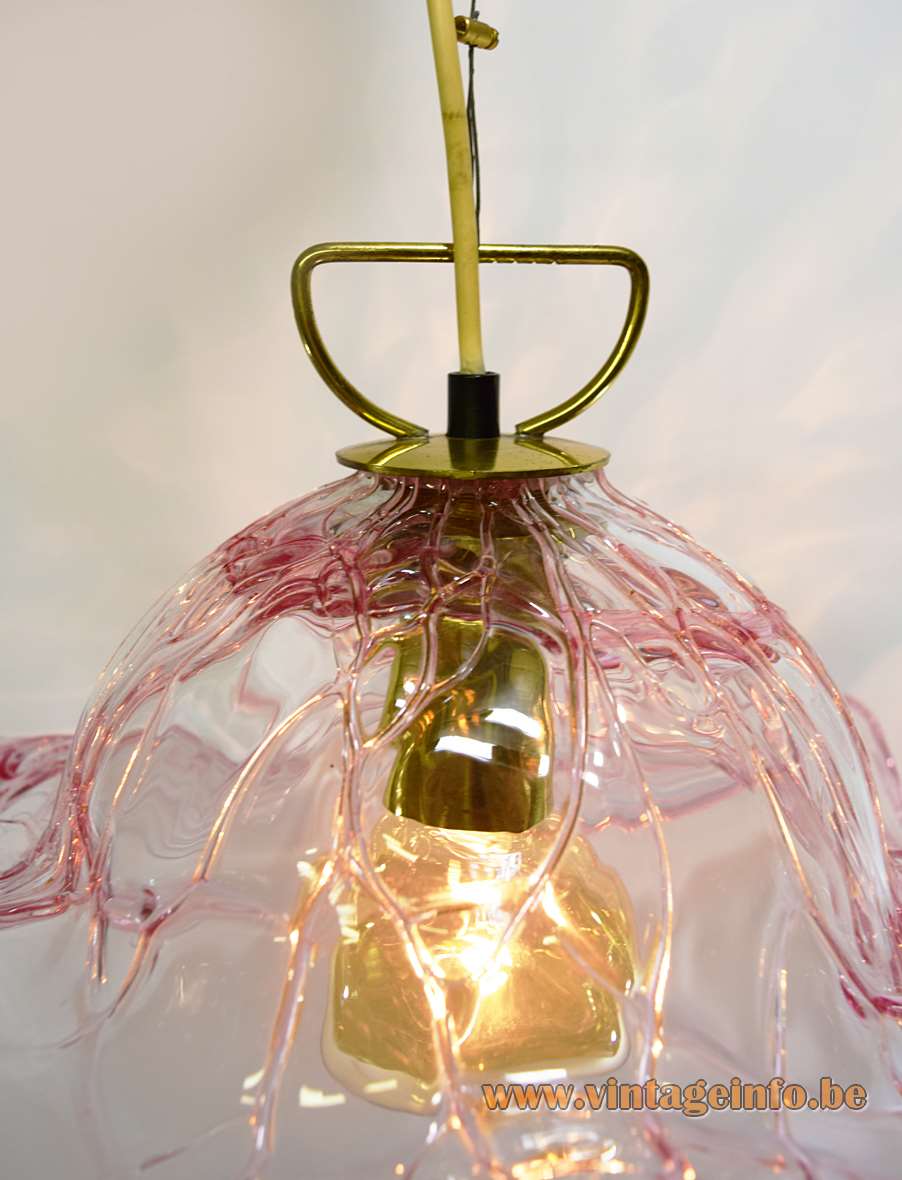 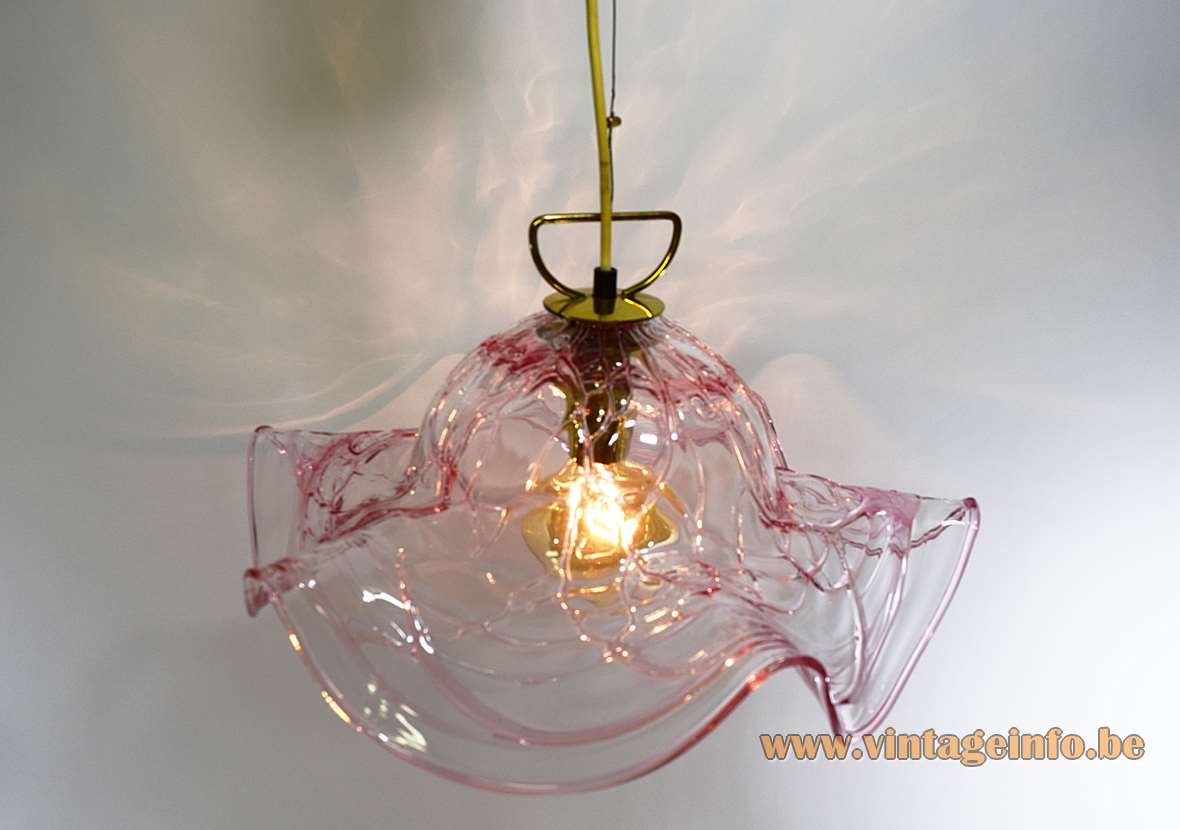 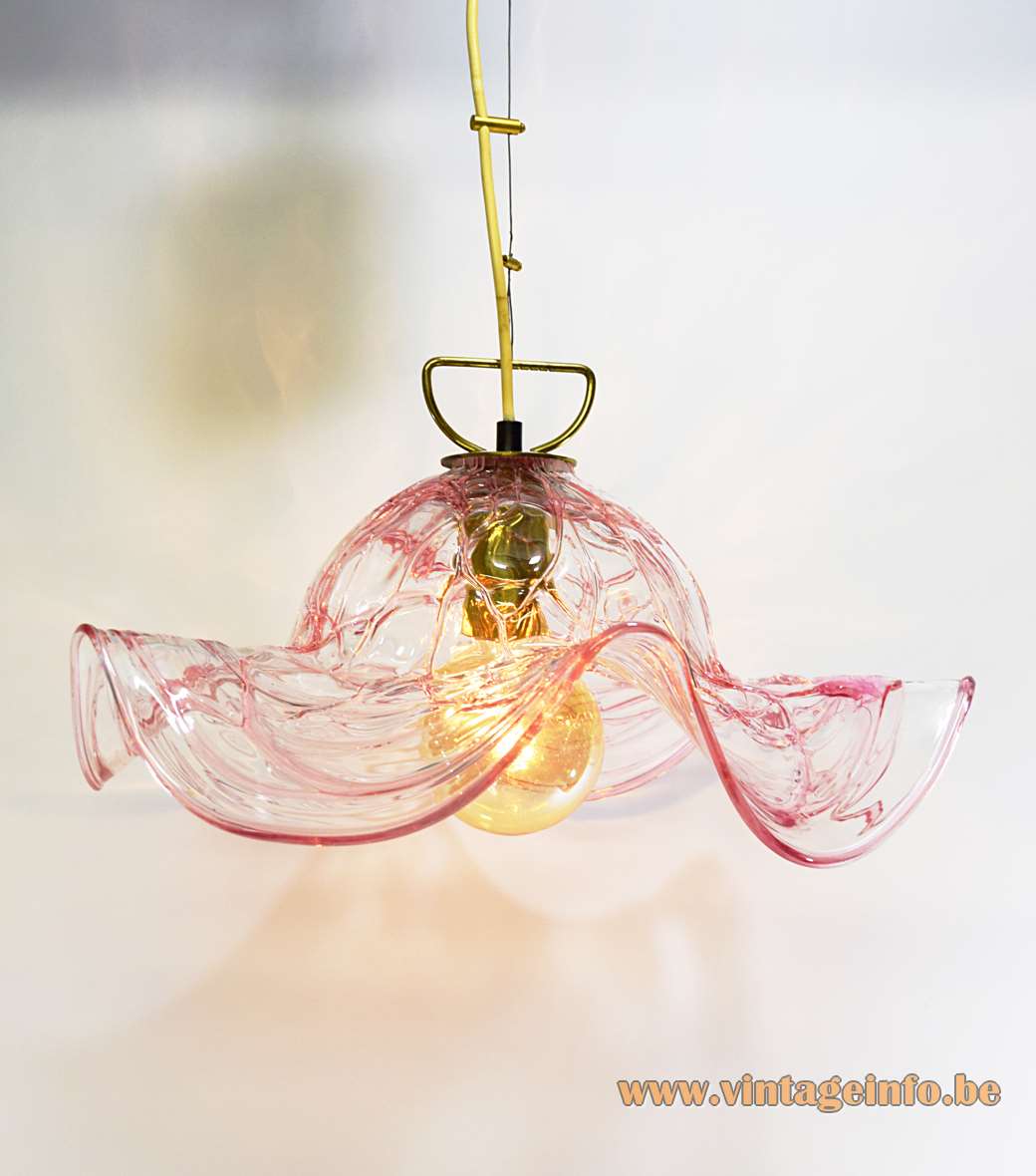 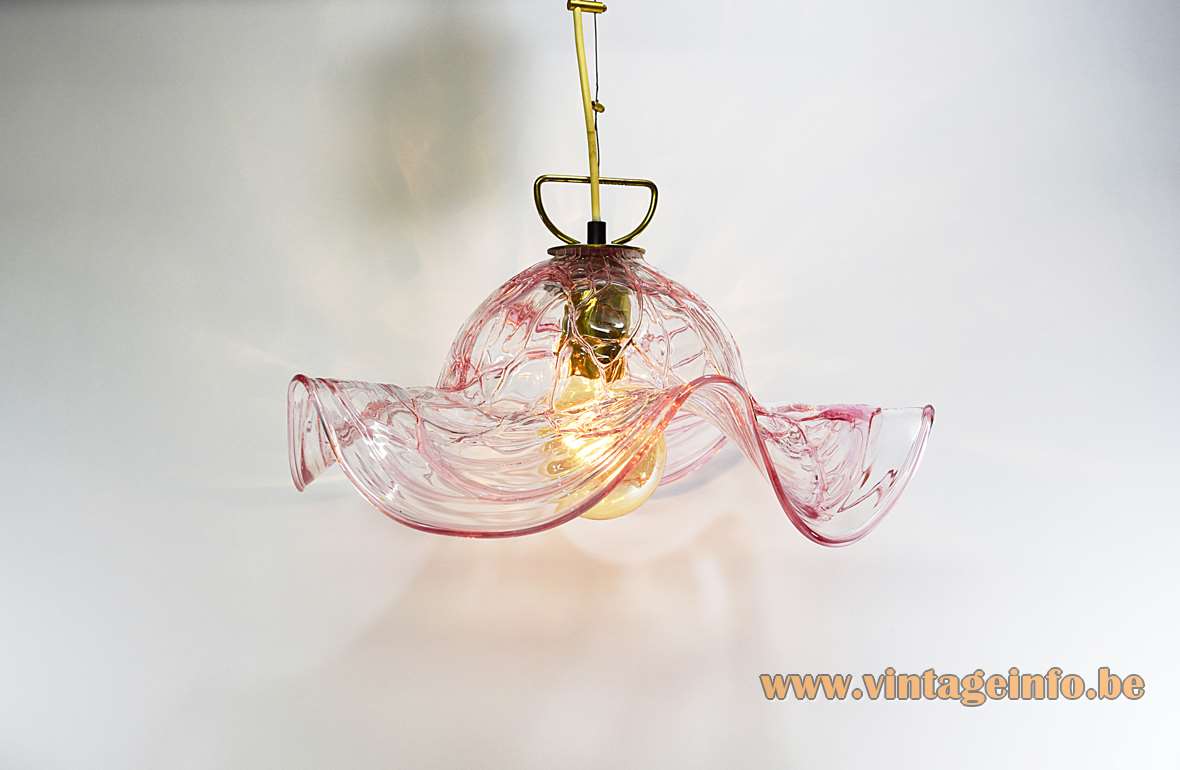 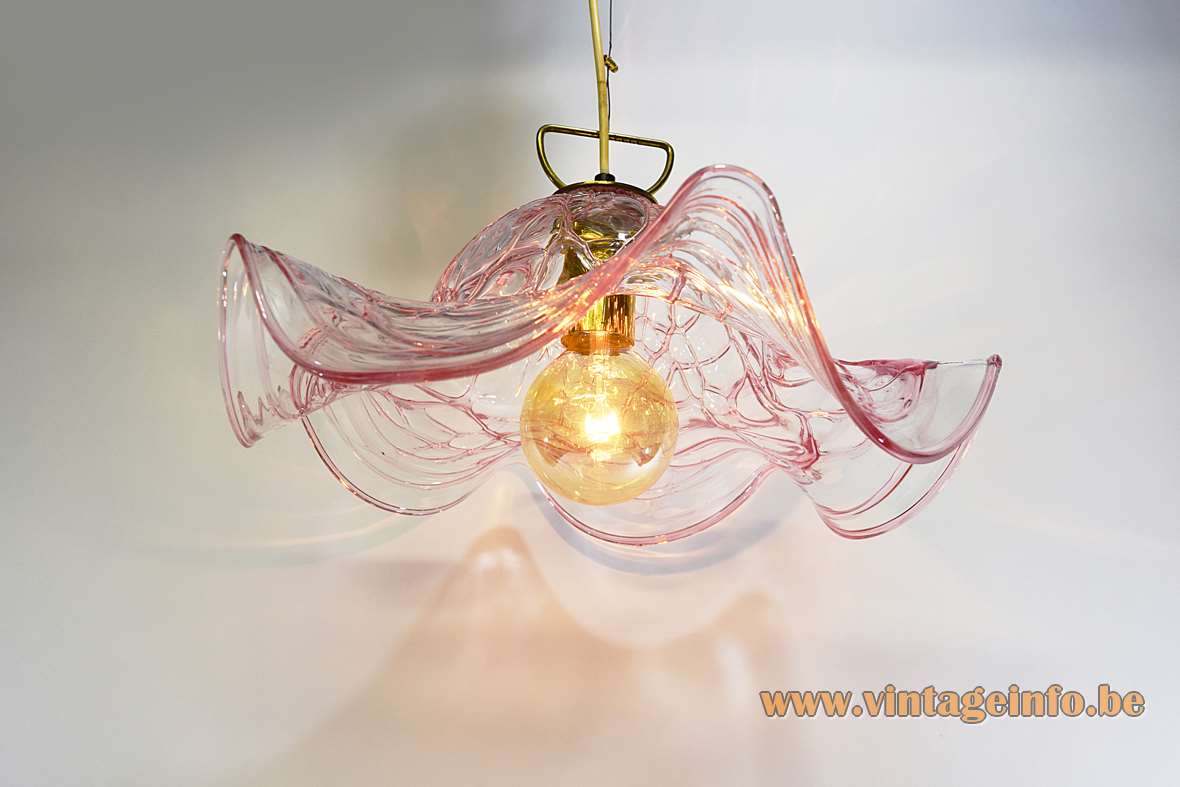 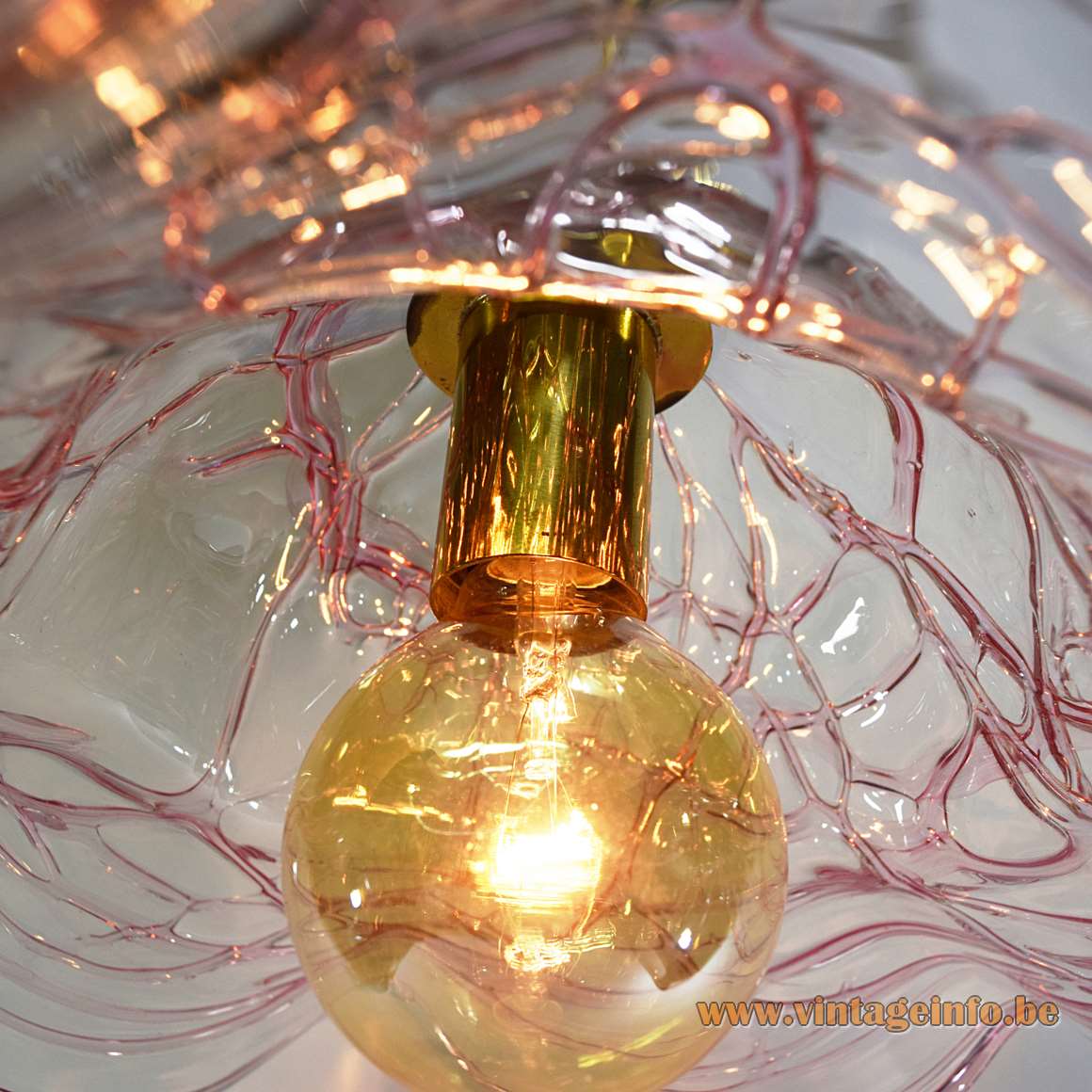 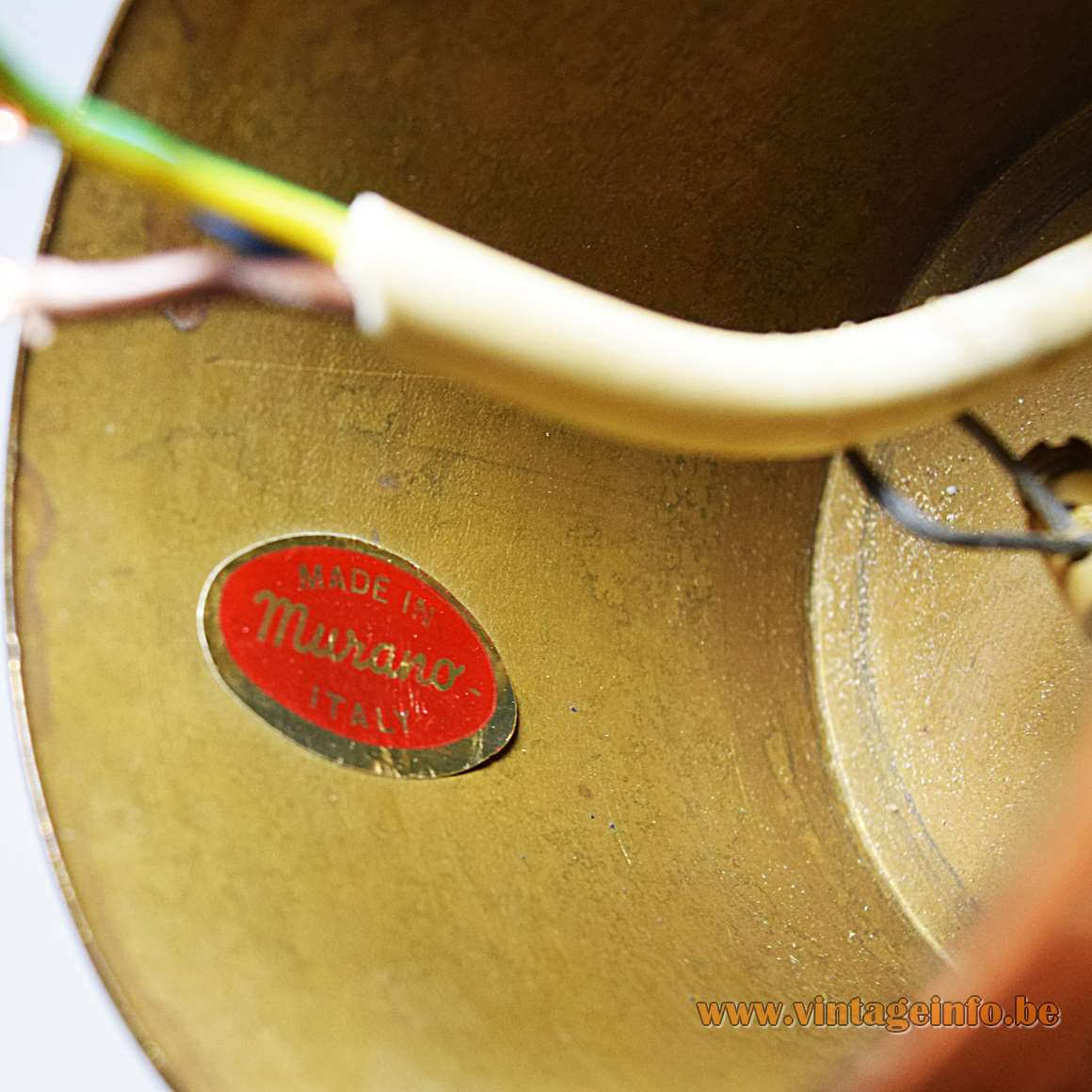 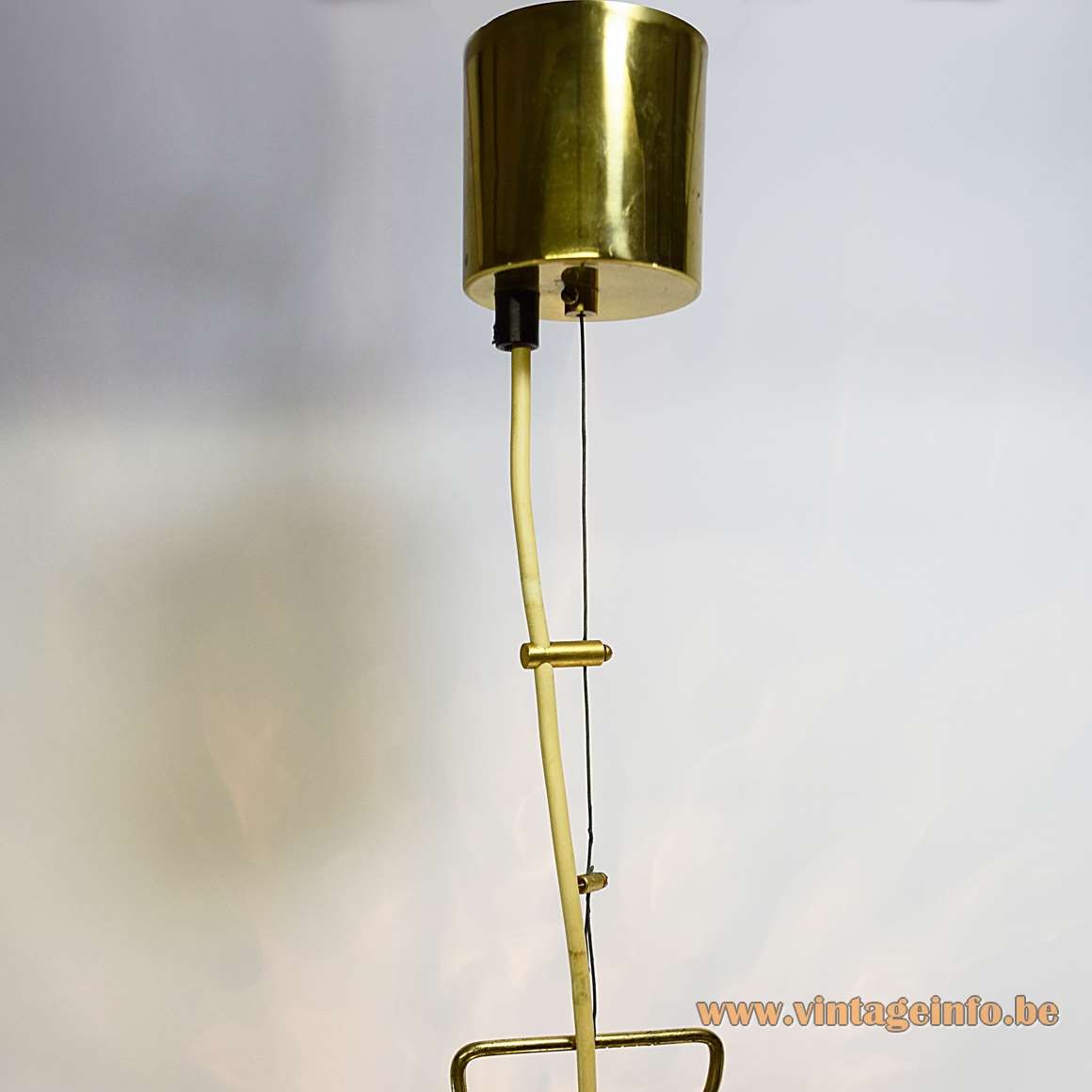 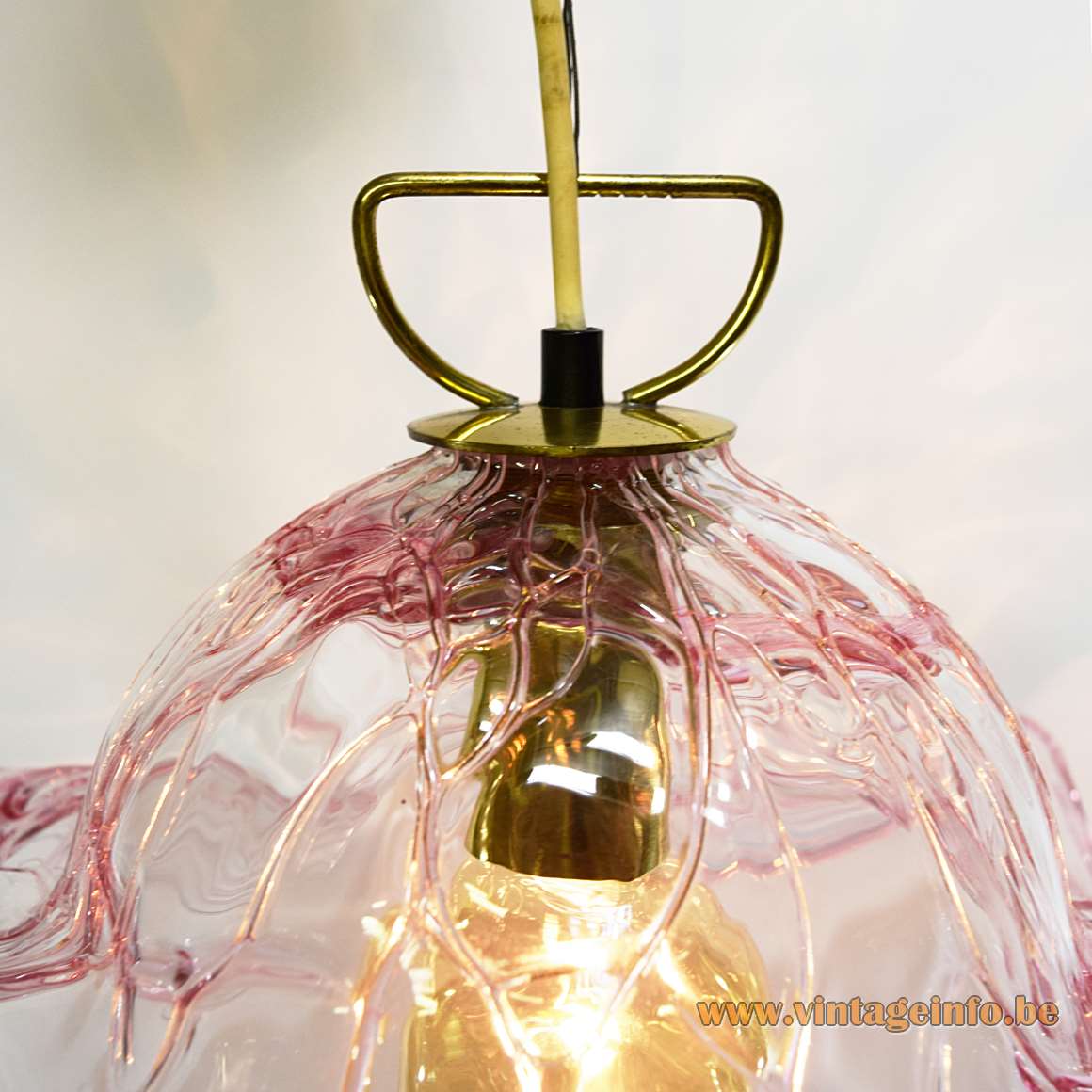 Lamps made of Murano glass

Lamps made with the same brass parts by Kalmar Franken

Electricity: 1 bulb E27, 1 x 100 watt maximum, 110/220 volt.
Any type of light bulb can be used, not a specific one preferred. For this setup a yellow coloured globe bulb was used.

Other versions: This pink veined Murano pendant lamp was probably produced in some variations.

These type of lamps are often named “Fazzoletto” lamps. The Italian word for handkerchief. The Fazzoletto vase is a 1948 design by Fulvio Bianconi (1915 – 1996) for Venini. This pendant lamp has more similarities with a petticoat than a handkerchief.

This pink veined Murano pendant lamp has an old generic Murano label inside the ceiling cap, used by many companies during the 1950s and 1960s.

The colour of the glass was used on the Murano island by companies such as Seguso Archimede, Fratelli Toso, Barovier e Toso, Barbini, AV Mazzega, Venini and many others. In the late 1970s and the 1980s Vetrarti Murano produced globe lamps with the same veined glass. In Austria it was the Palme König company who produced many lamps in this style.

Attributed to Kalmar Franken, but probably sold by the maker of these lamps that Kalmar ordered in Murano. A label of Kalmar is missing, but every part of this lamp has exactly the same parts as the Kalmar lamps. All the glass for the Kalmar lamps originates from Murano. Many lamps were made by AV Mazzega, maybe this one.


Founded in Vienna by Julius August Kalmar in the 1880s, Kalmar first specialised in the production of hand crafted objects of cast bronze. The company soon established its practice of closely collaborating with prominent architects to create chandeliers and other cast bronze objects in Austria, Europe and the United States. Before long it was presenting custom-made wares at international exhibitions such as the 1888 Vienna Trade Exposition (Gewerbeausstellung Wien). The 1893 Chicago World’s Columbian Exposition. The 1901 Export Exposition Scandinavia and the 1906 Austrian Exhibition in Earl’s Court, London.