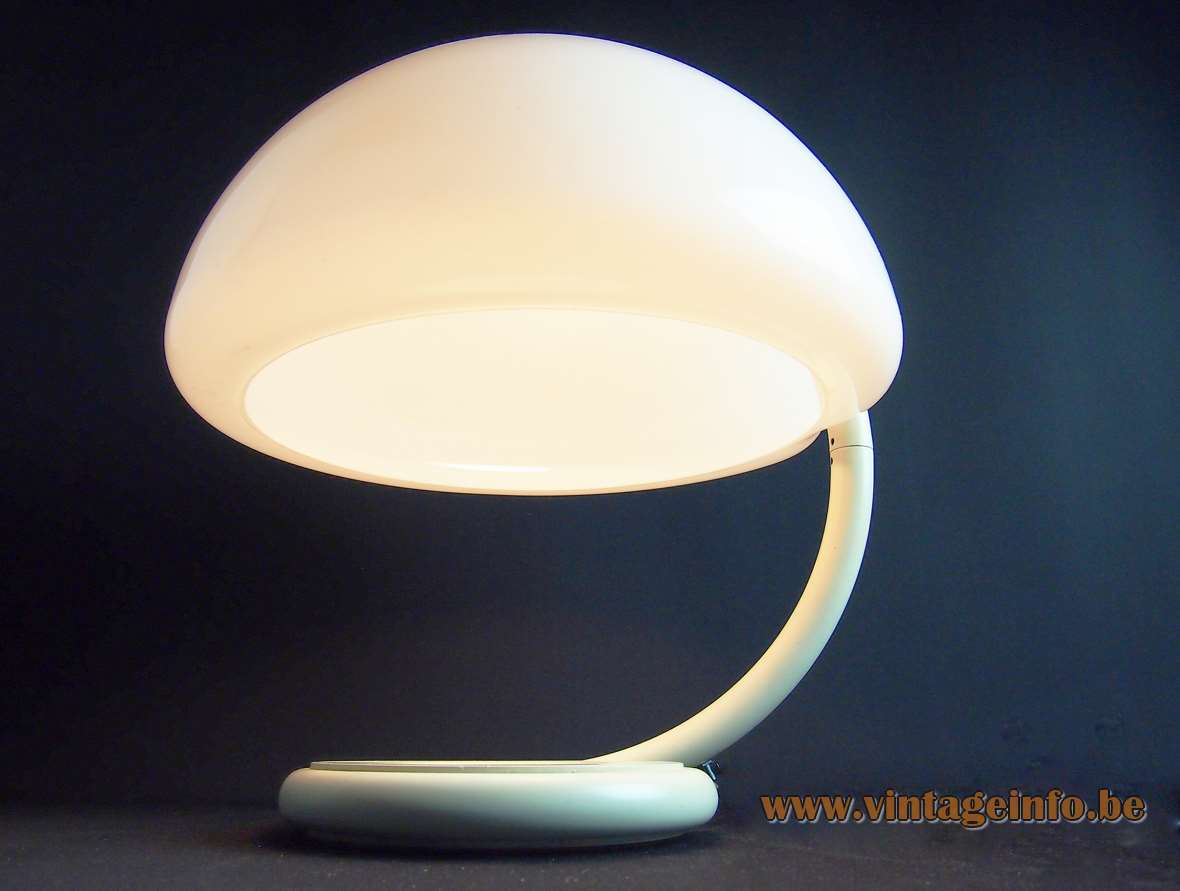 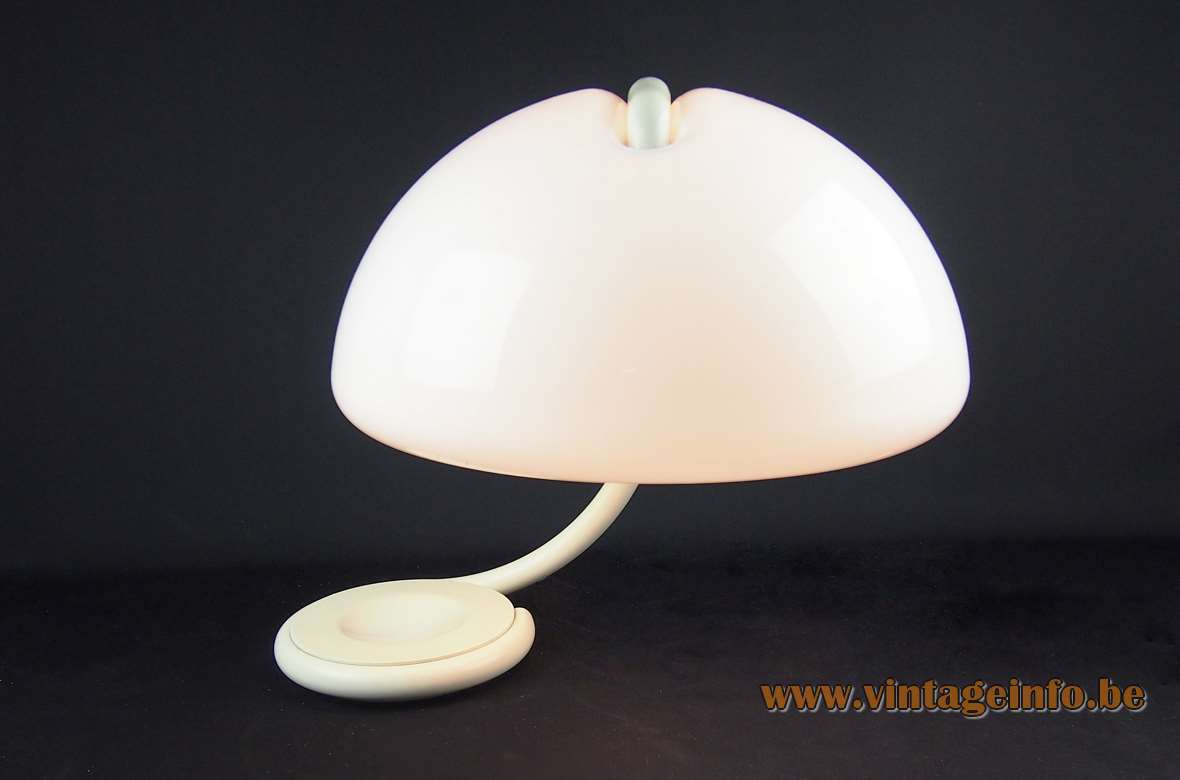 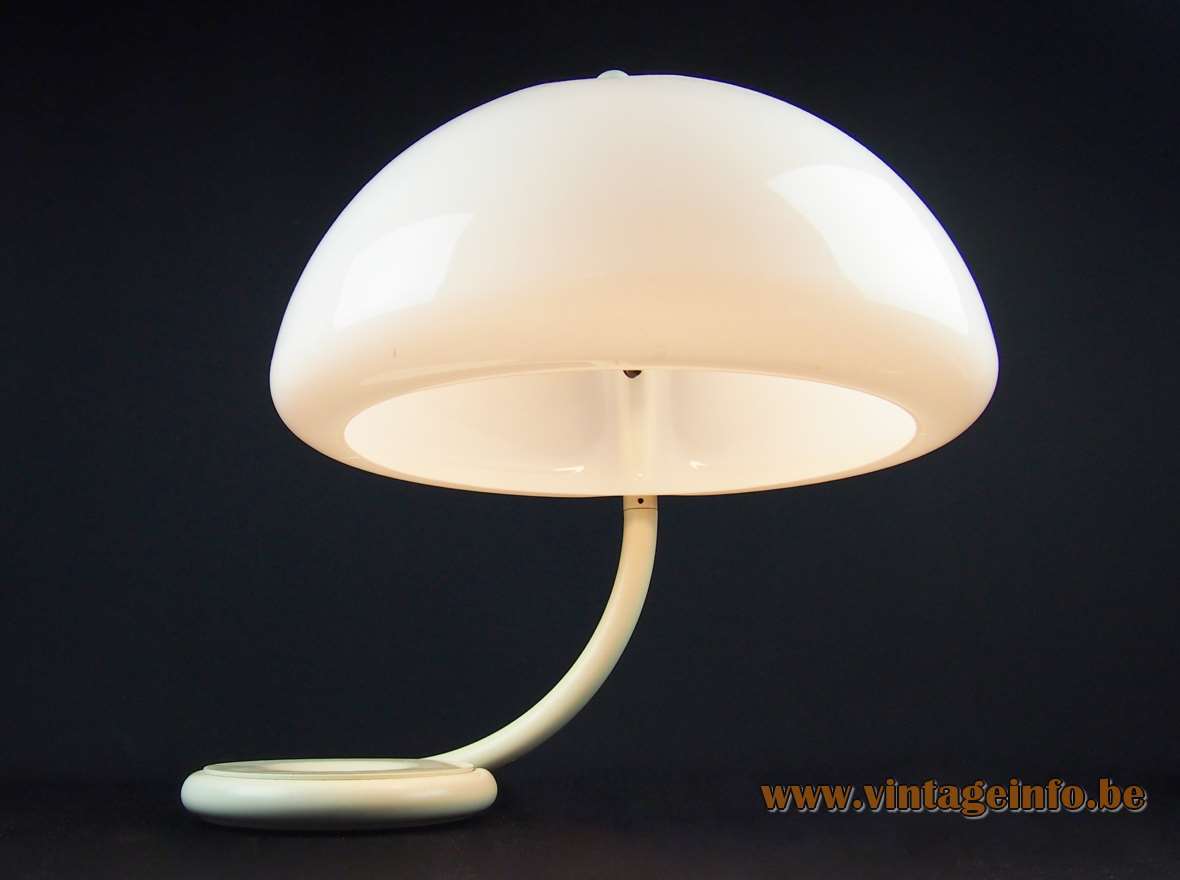 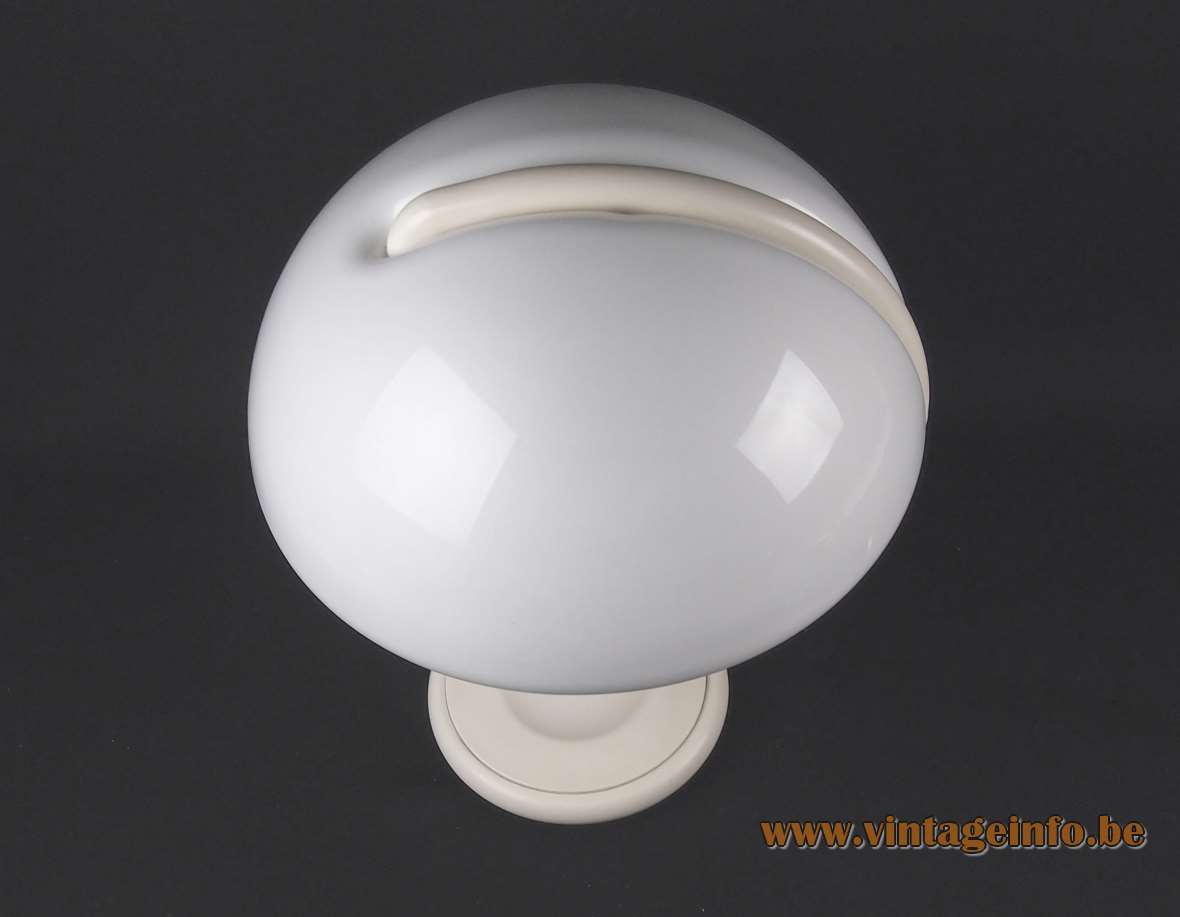 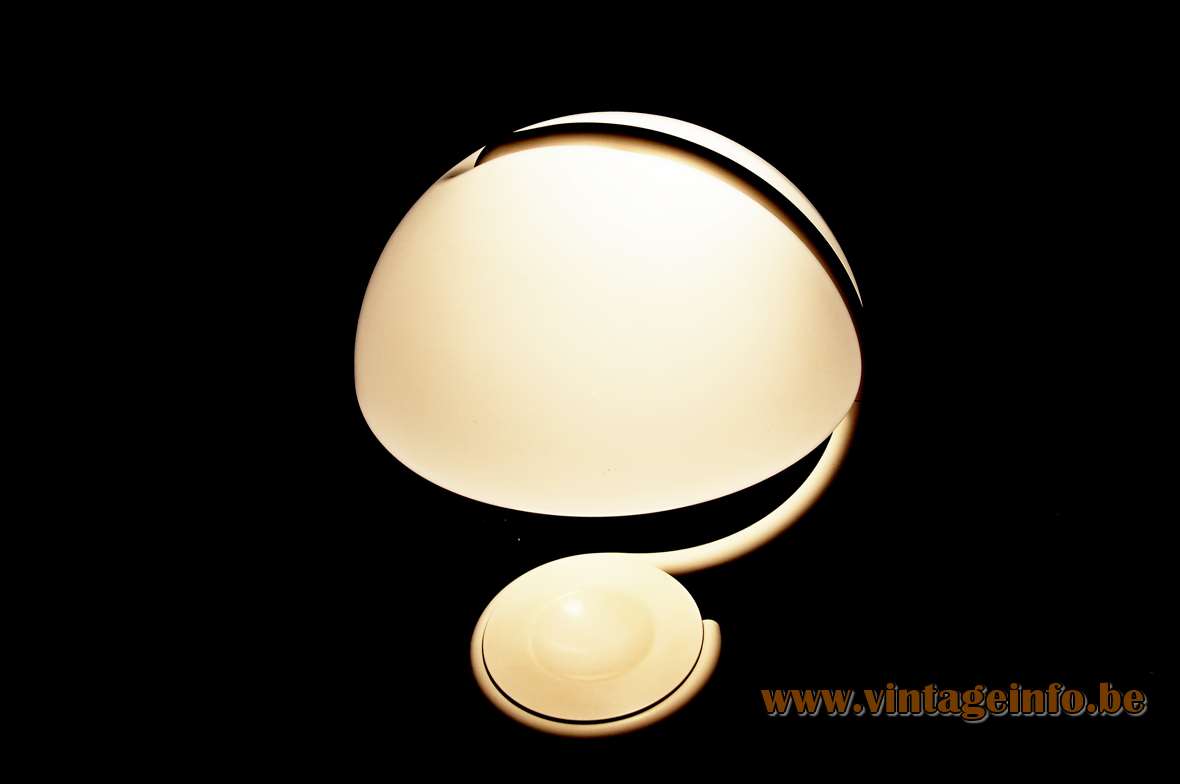 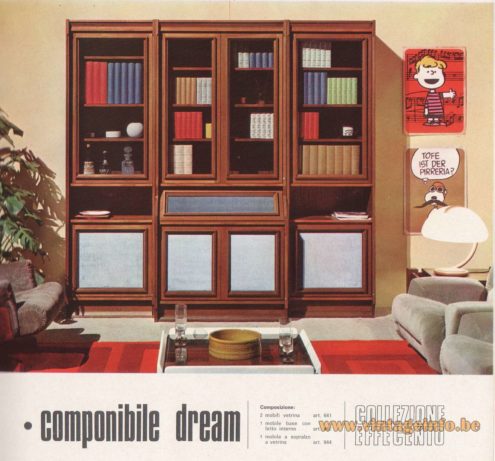 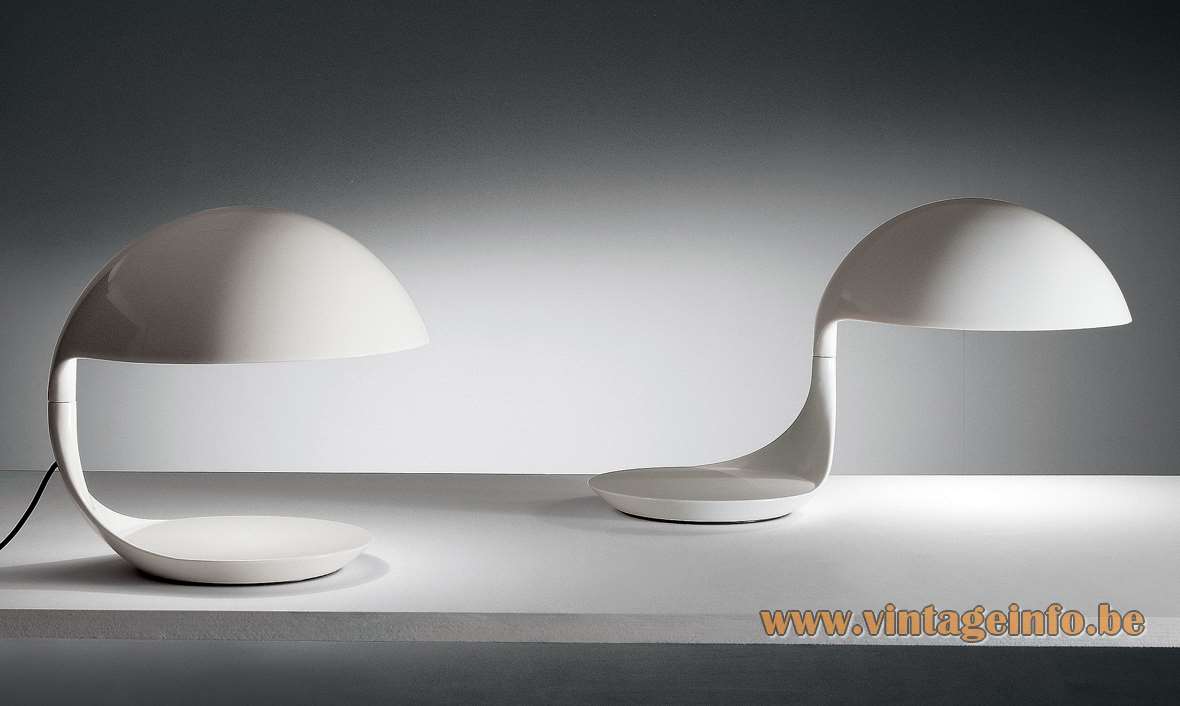 Many thanks to Ger for the beautiful pictures and enthusiasm. Martinelli Luce for the picture of the Cobra table lamps.

Other versions: The Martinelli Luce Serpente table lamp is in production since 1965. It is made until today. During the years it is produced in slight variations and colors. For instance, for the 50th birthday of this lamp, gold-colored metal with white acrylic diffuser was designed. The table lamp is model 599 and the floor lamp is model 2131.

Two Martinelli Luce Serpente table lamps were used as a prop in the 2017 crime thriller film All The Money In The World. Directed by Ridley Scott. Staring Michelle Williams, Christopher Plummer and Mark Wahlberg. A movie about the kidnapping in Rome in 1973 of 16-year-old John Paul Getty III, grandson of oil tycoon Jean Paul Getty. The Martinelli Luce Serpente table lamp appears two times in a different setting as you can see.

A Martinelli Luce Serpente table lamp together with a floor lamp were used as a prop in the 1974 French comedy film Dis-Moi Que Tu M’Aimes (Say that you love me). Directed by  Michel Boisrond. Staring Mireille Darc, Jean-Pierre Marielle and Marie-José Nat. 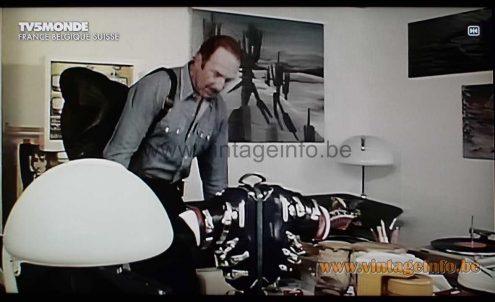 A Martinelli Luce Serpente table lamp is visible next to the bed of the late Sean Connery. It appears in the 2022 documentary Sean Connery vs James Bond. 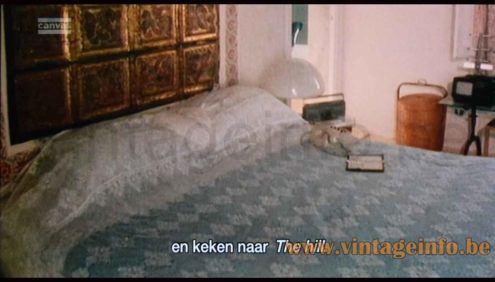 A Martinelli Luce Serpente table lamp on the desk of Étienne Davignon, chairman of the board of directors of the Brussels Airlines company. Here in a fragment on Kanaal Z (Channel Z) about the Corona crisis. Kanaal Z is a Belgian television channel focused on economic reporting.