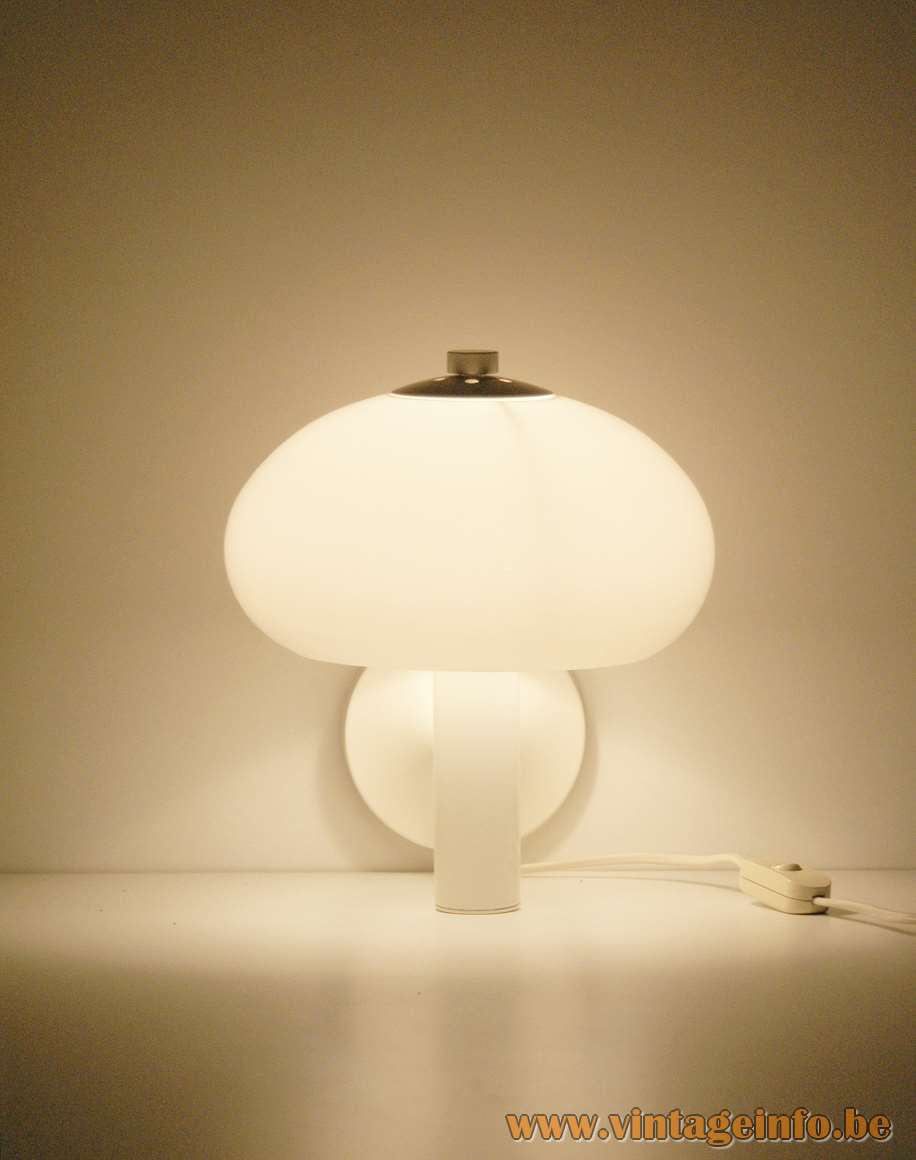 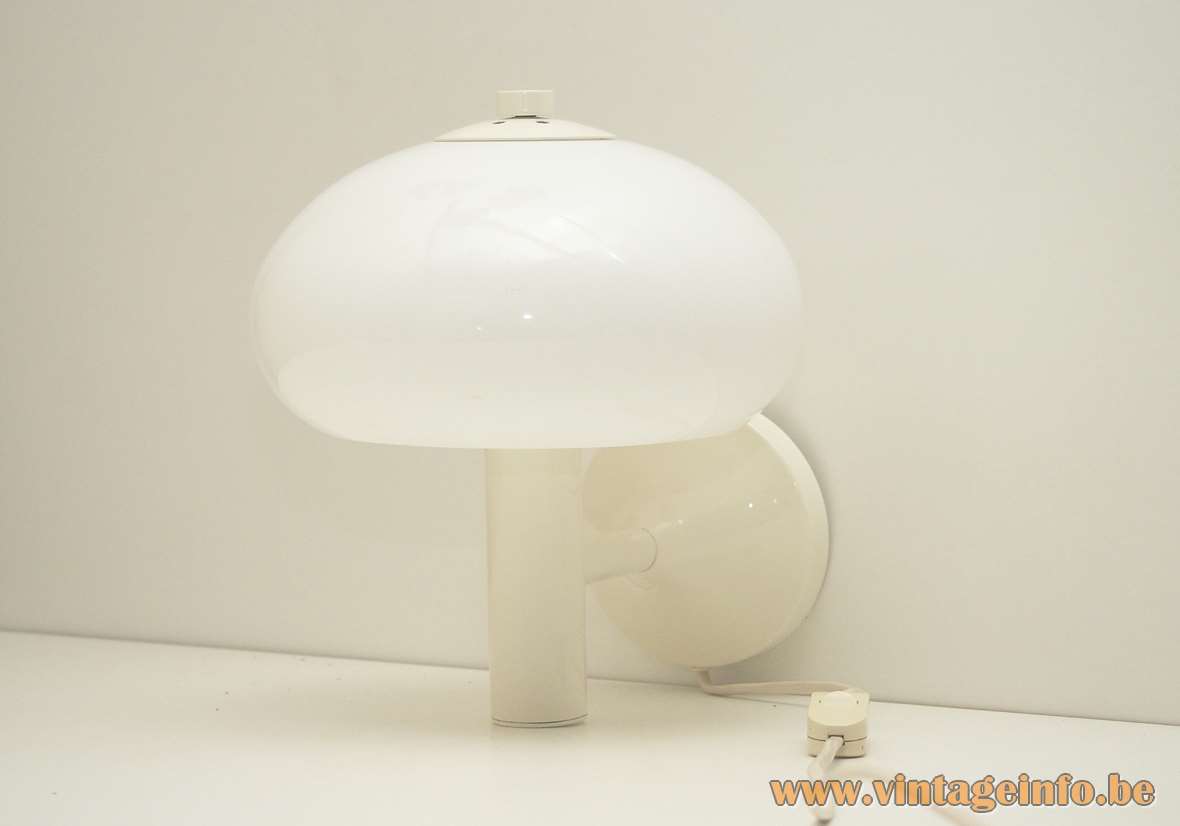 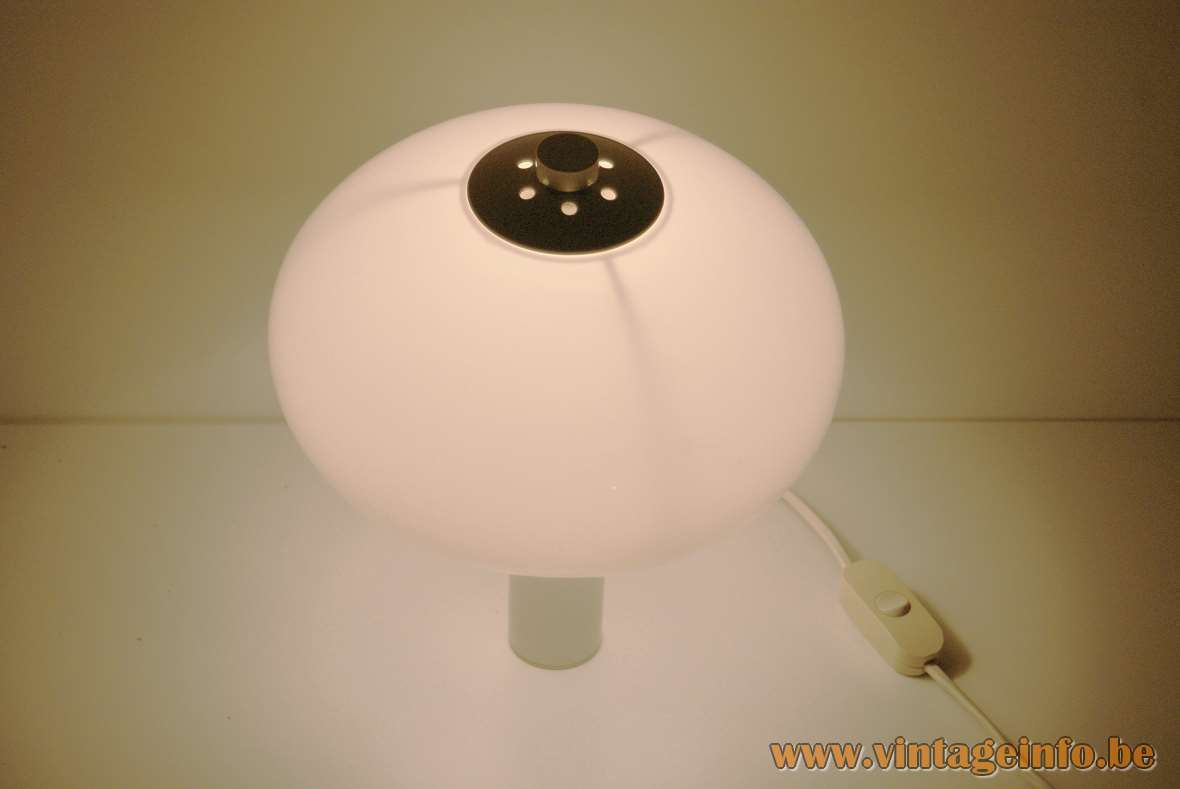 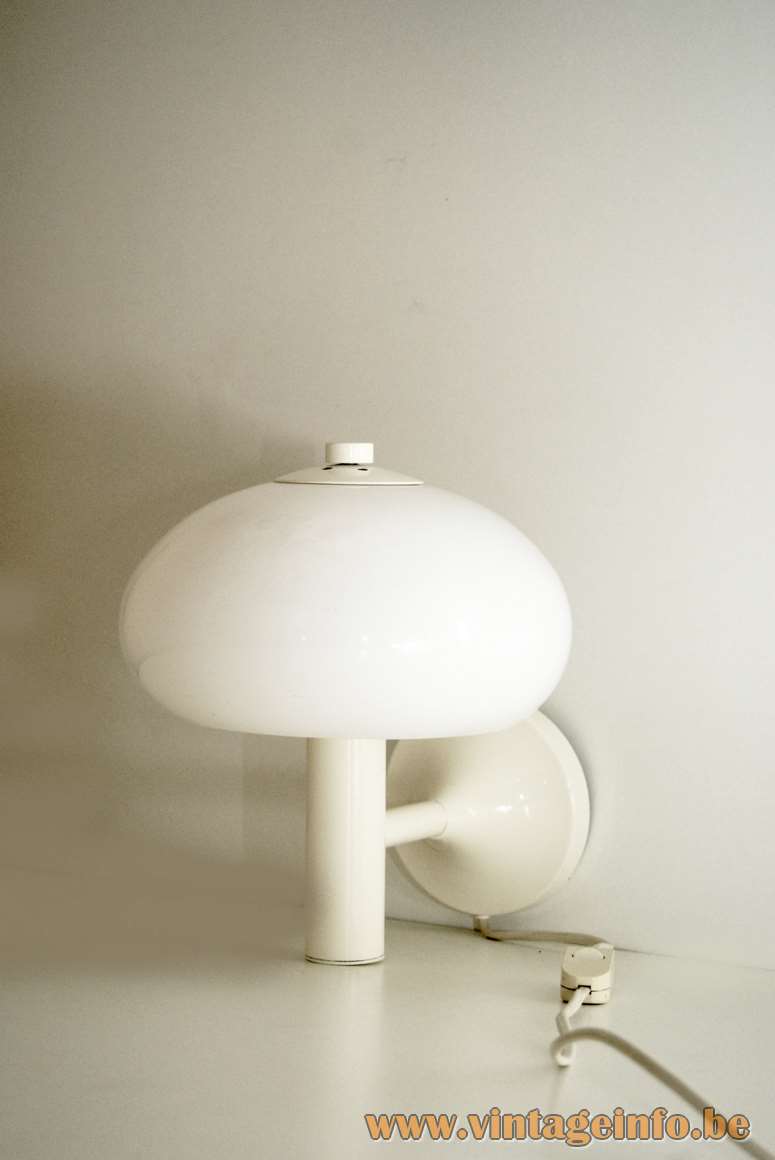 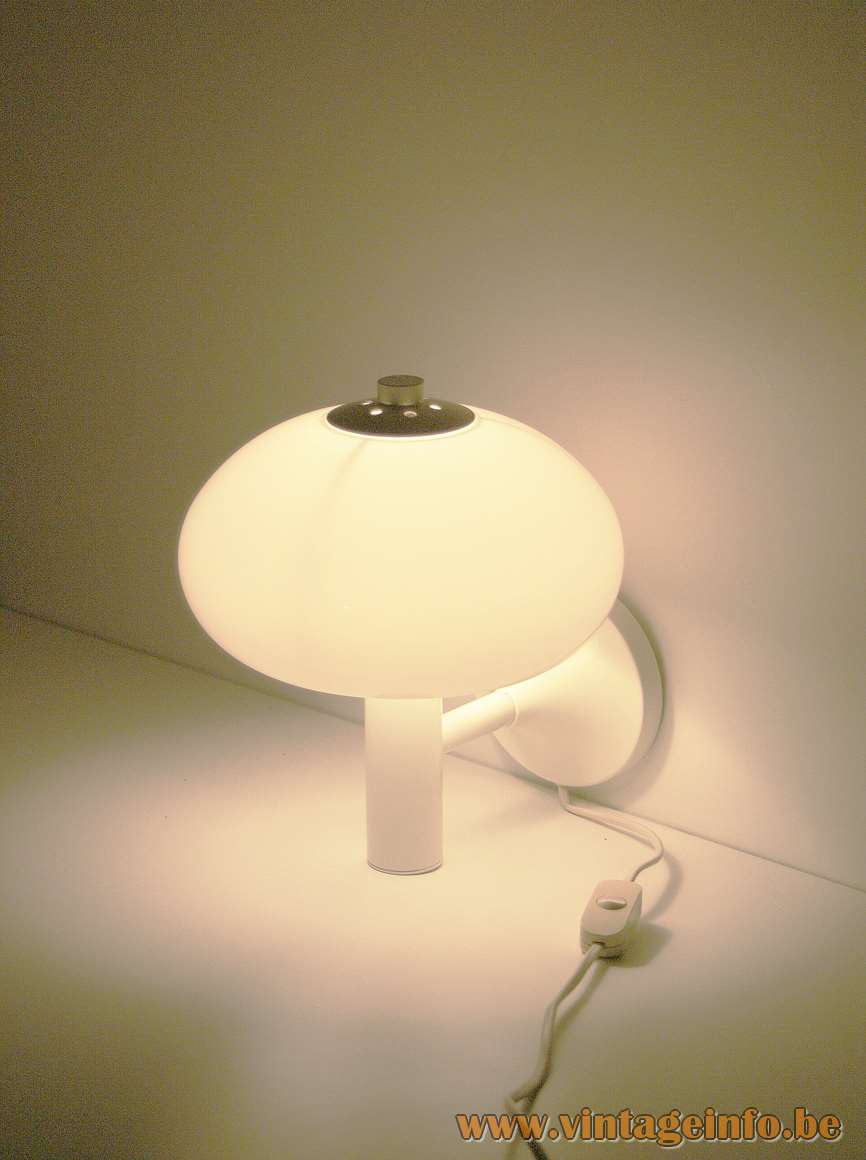 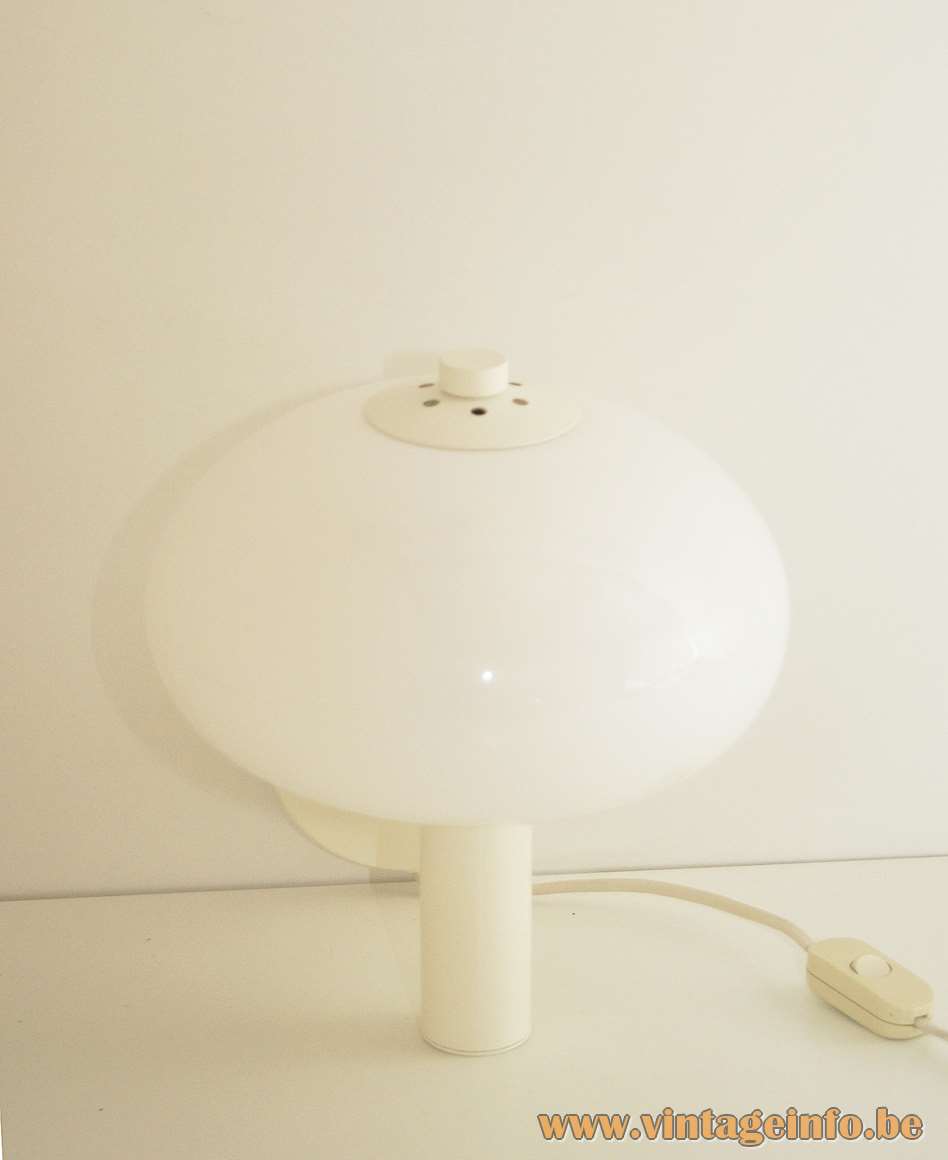 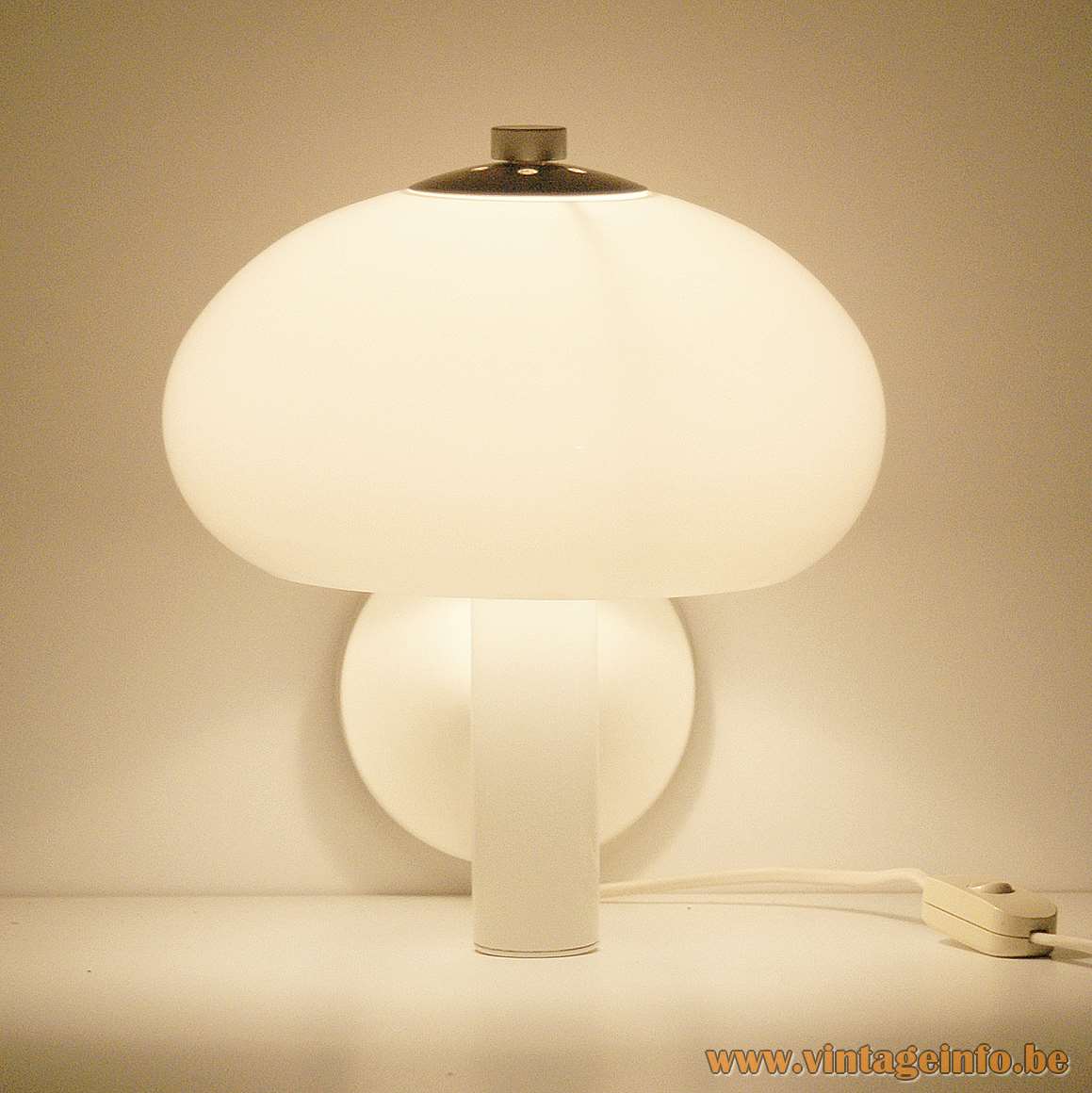 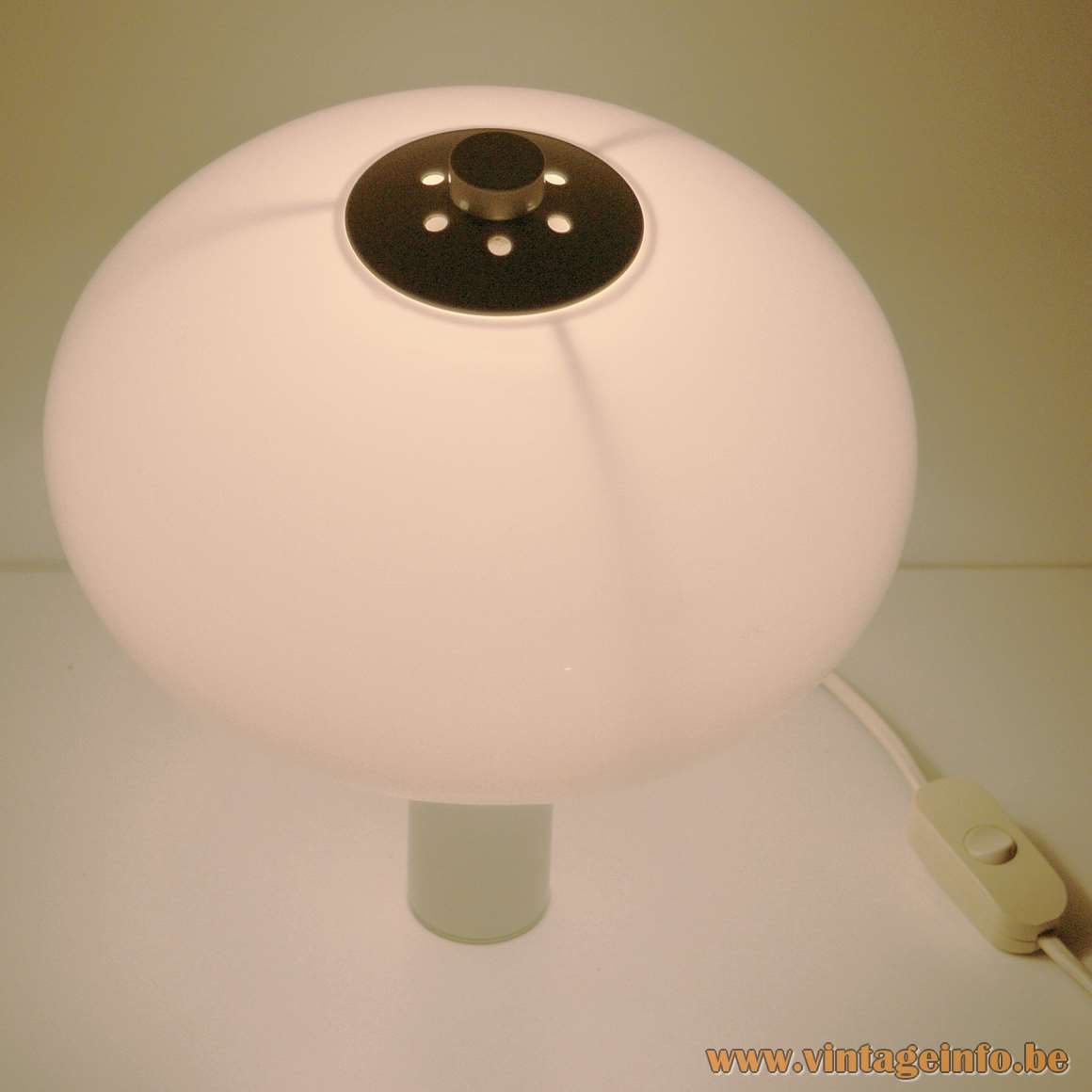 Other versions: This acrylic mushroom wall lamp exists in several colours. It was also made as a floor lamp and table lamp.