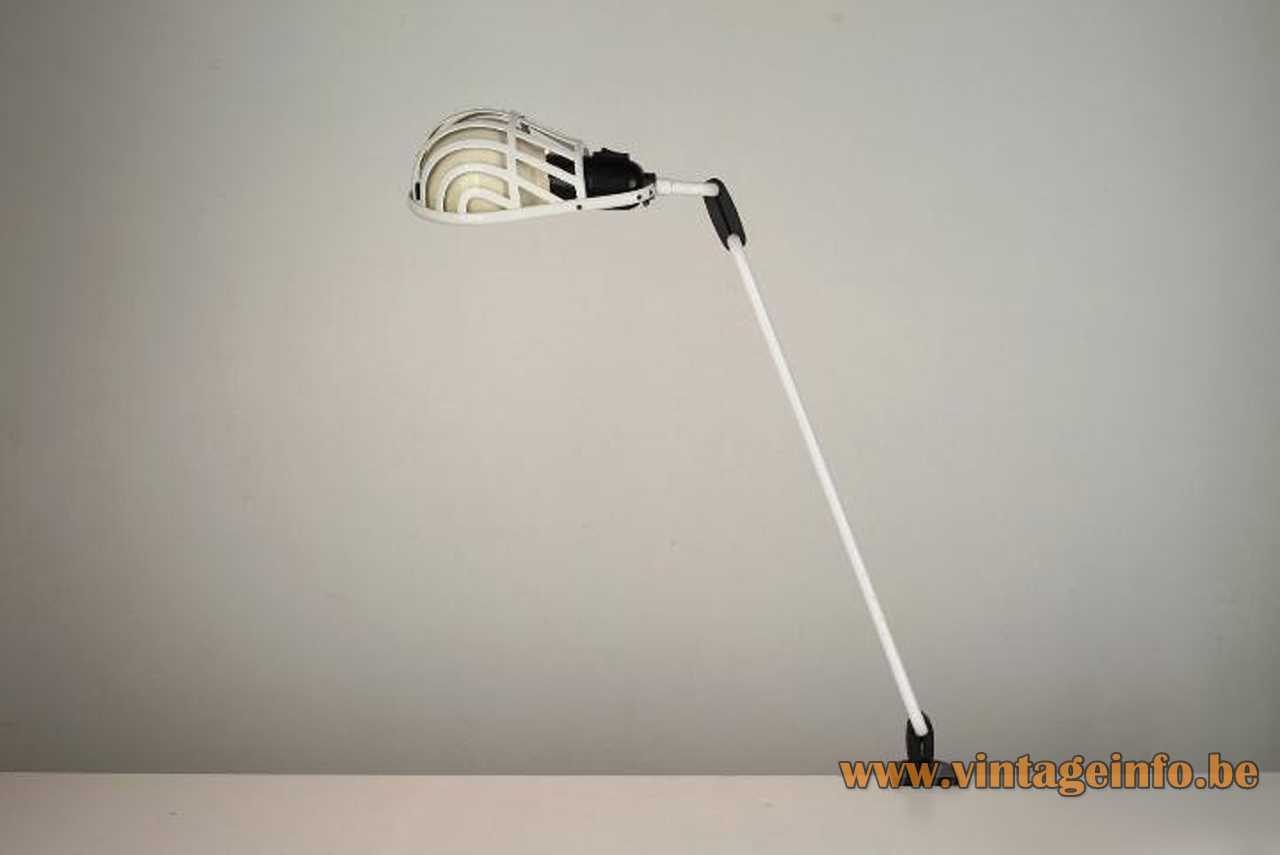 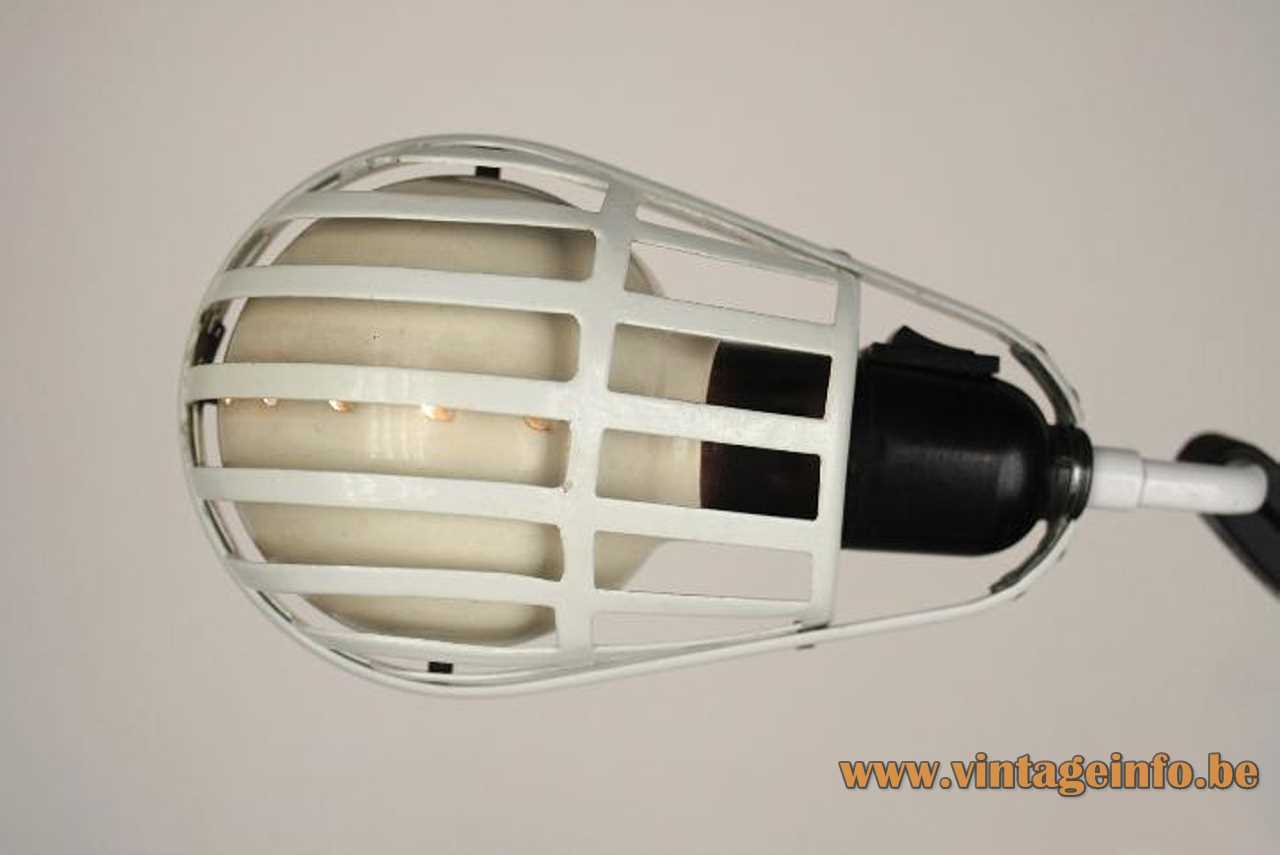 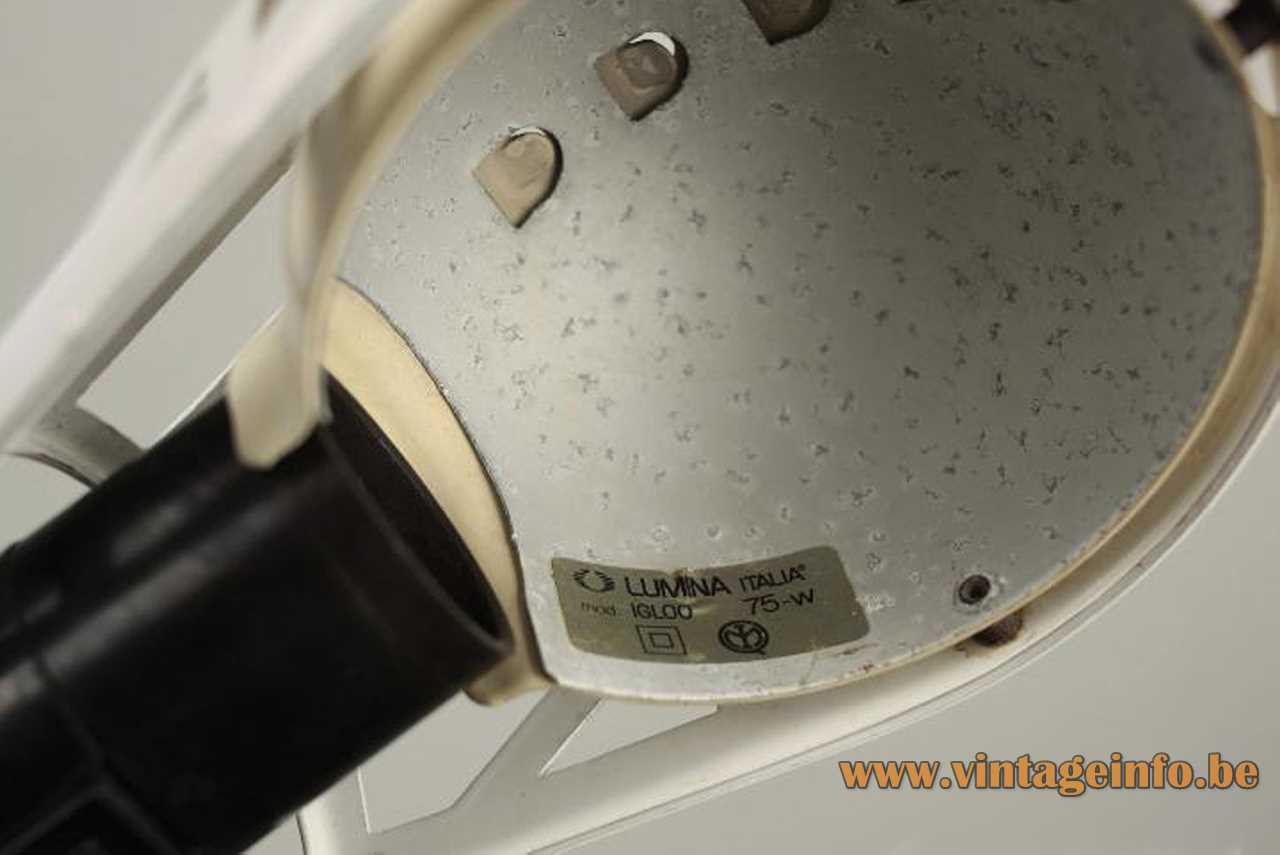 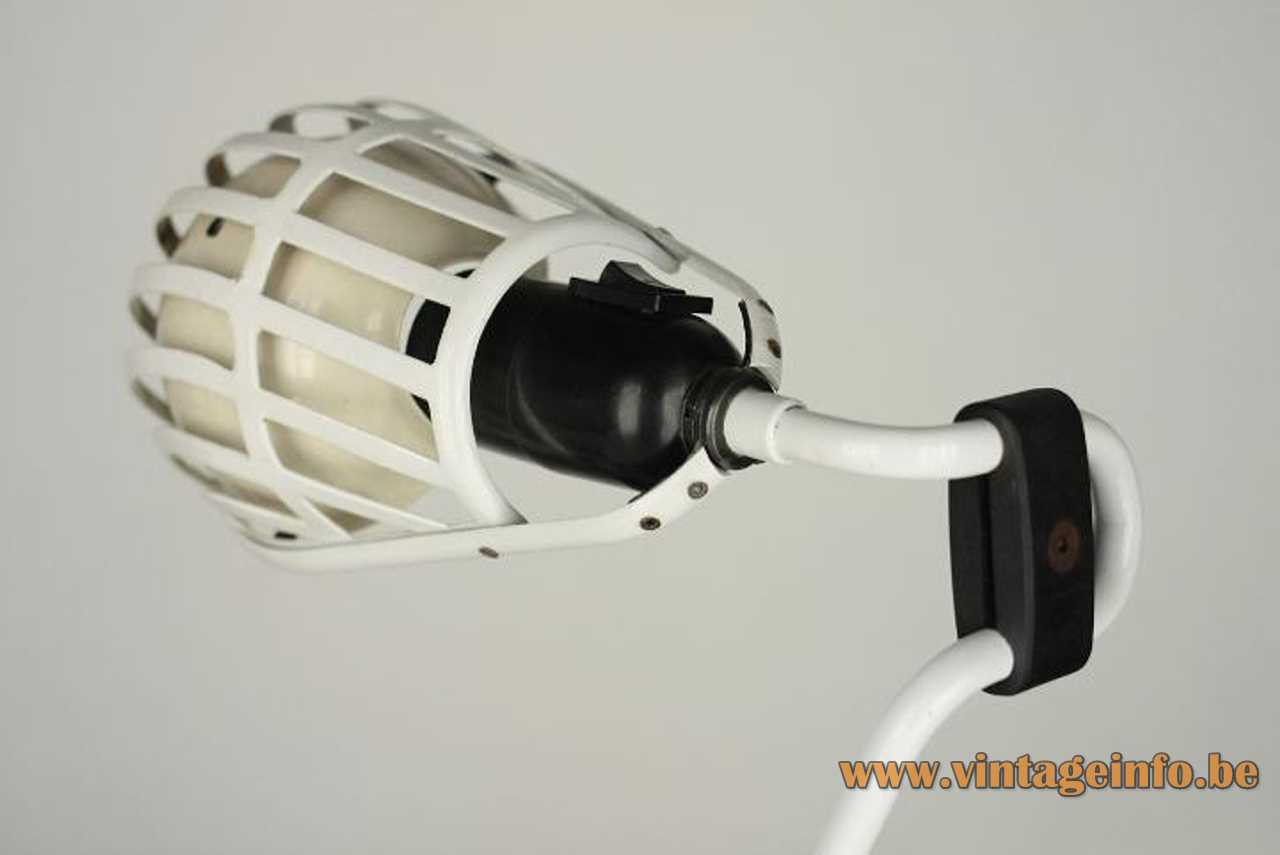 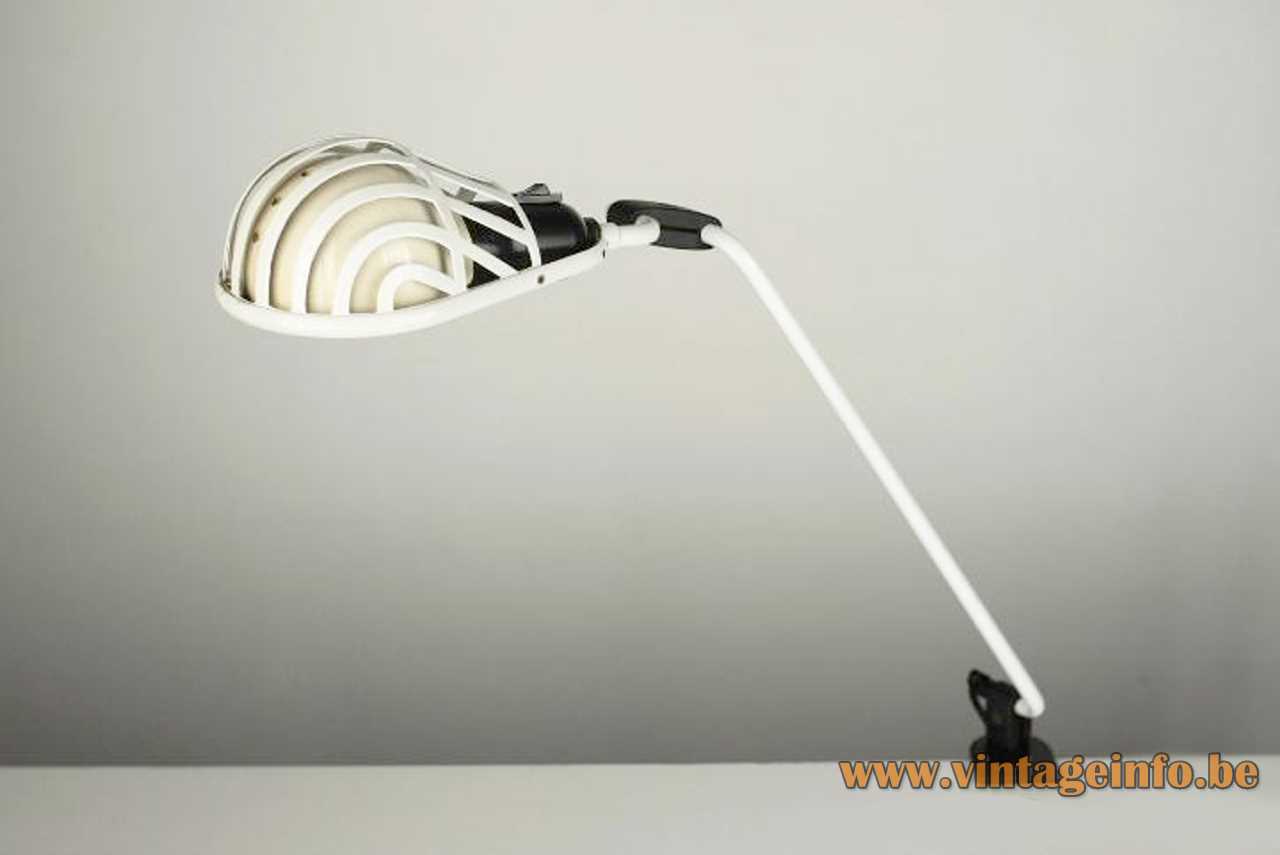 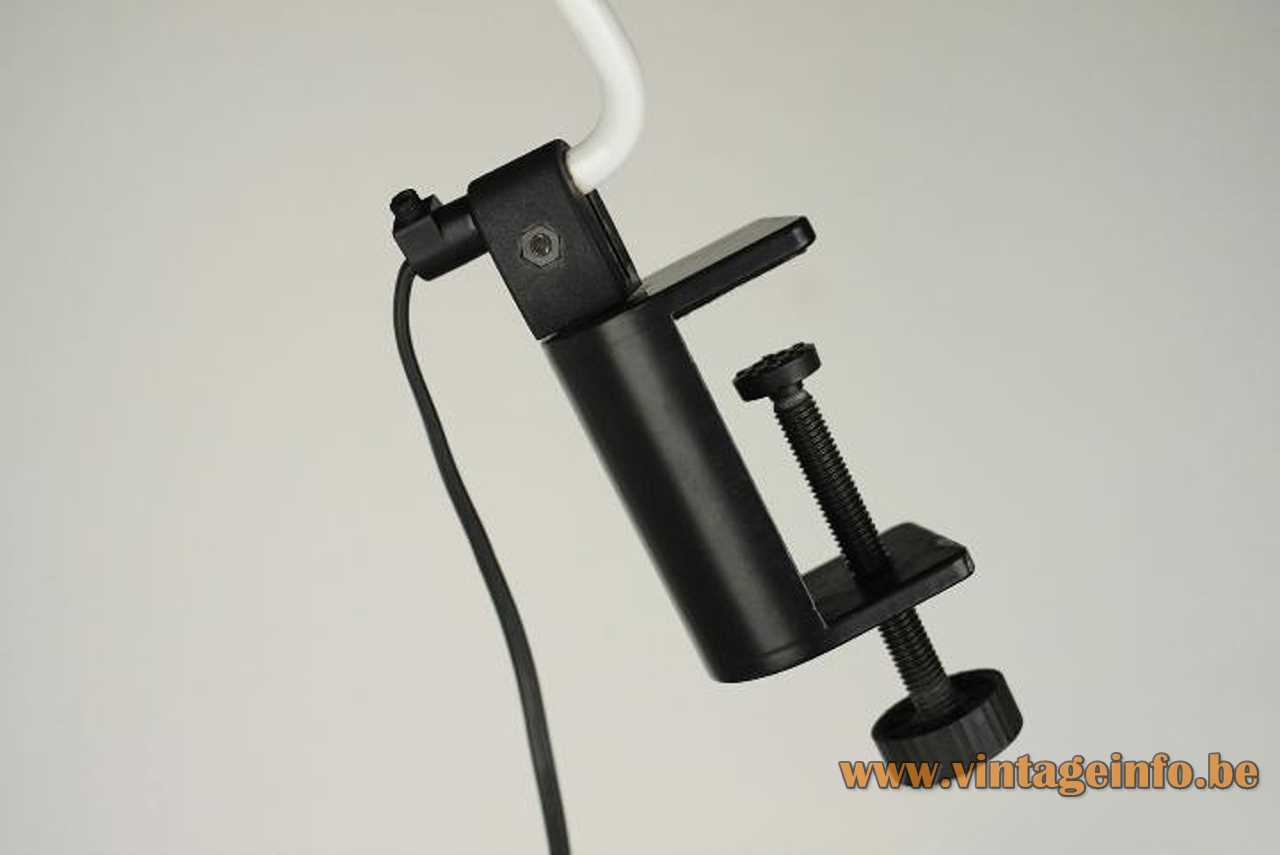 Lumina Igloo clamp lamp – Catalogue picture of all  the models 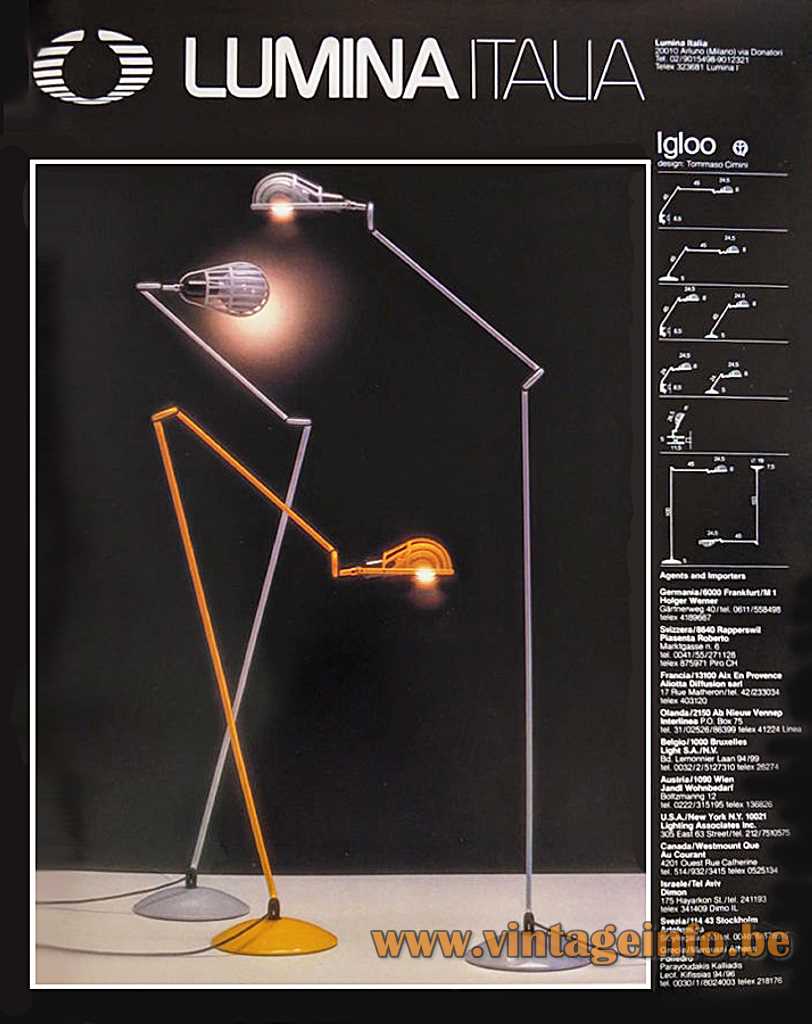 Other versions: The Lumina Igloo clamp lamp exists in many versions as you can see in the catalogue picture. Made as floor lamps, desk lamps, table lamps, clamp lamps, ceiling lamps.

The Lumina light company was founded in 1975 by Tommaso Cimini (1947-1997) when he designed his famous Daphine table lamp. He designed this lamp made of a transformer and presented it on the Milan Fair in 1974. It was an instant success. Lumina itself started to produced several different lamps as a real lighting firm in 1980. Tommaso Cimini designed many lamps for his company. Among others the Daphine, Maxi, Zed, Imbutto, Elle and the Igloo.

Tommaso Cimini died in an airplane accident in 1997, leaving his company to his business partner and his oldest son Ettore. 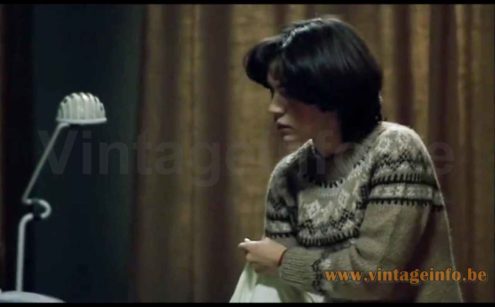 Daphine lamp by Tomasso Cimini on the Lumina website

Many thanks to Lluís from Eclectique Vintage for the photos and the enthusiasm.
Many thanks to Marta for the tip about the lamp in the Buongiorno, Notte film.