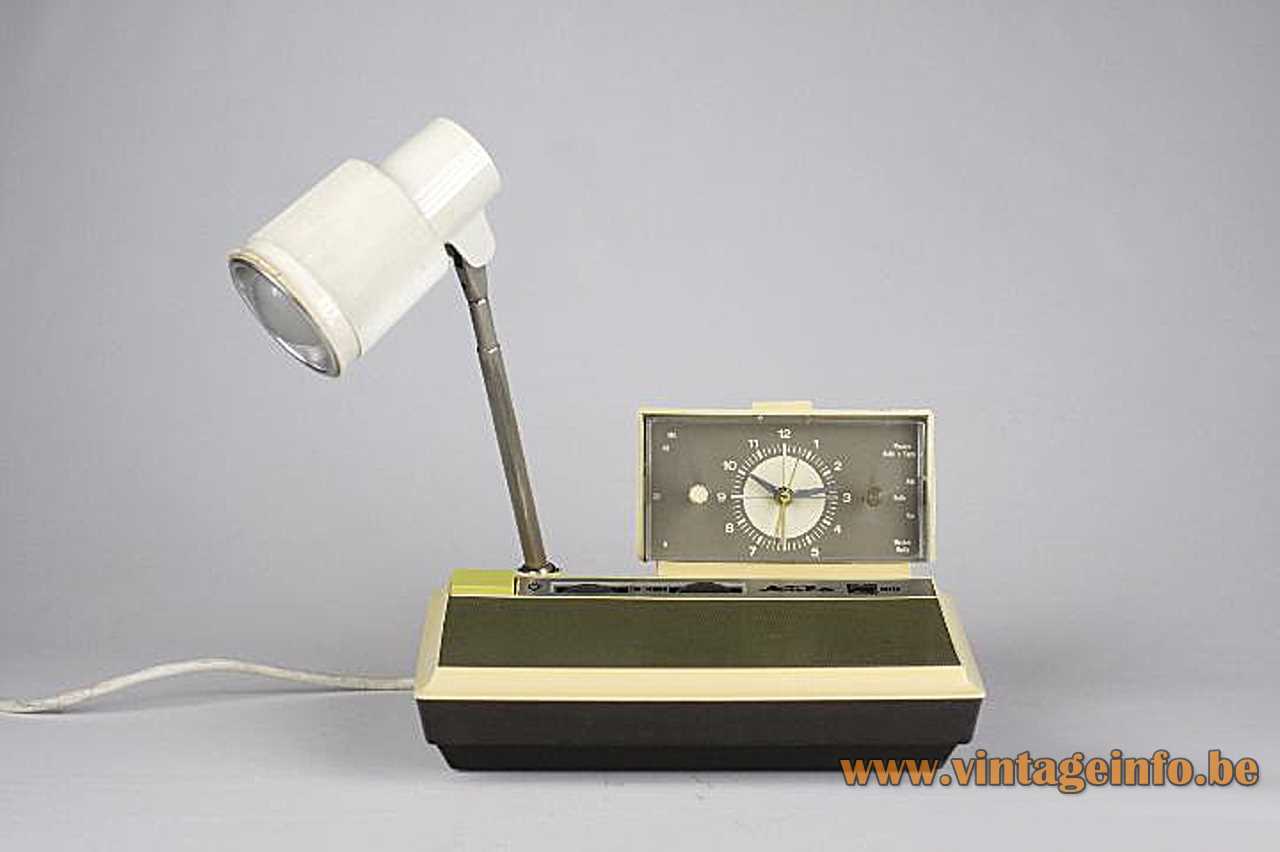 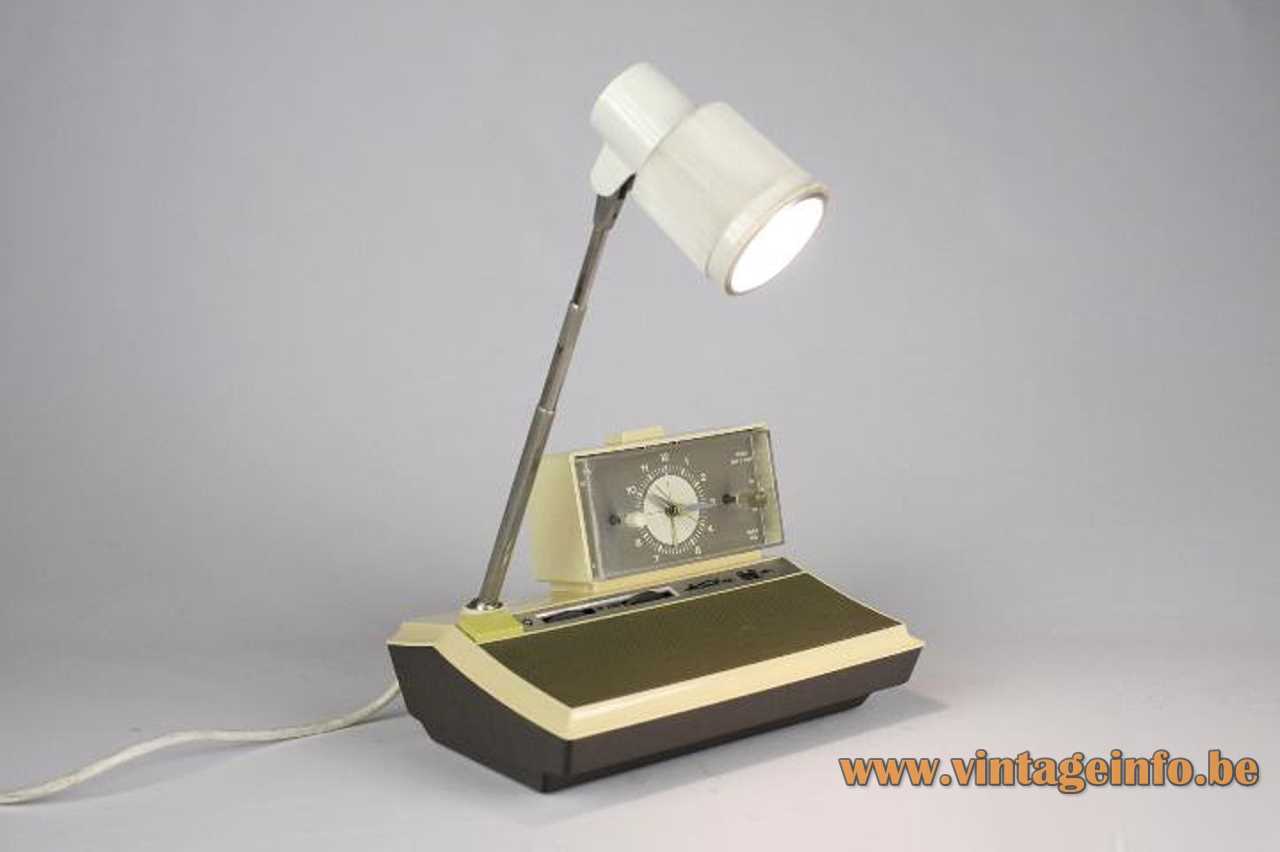 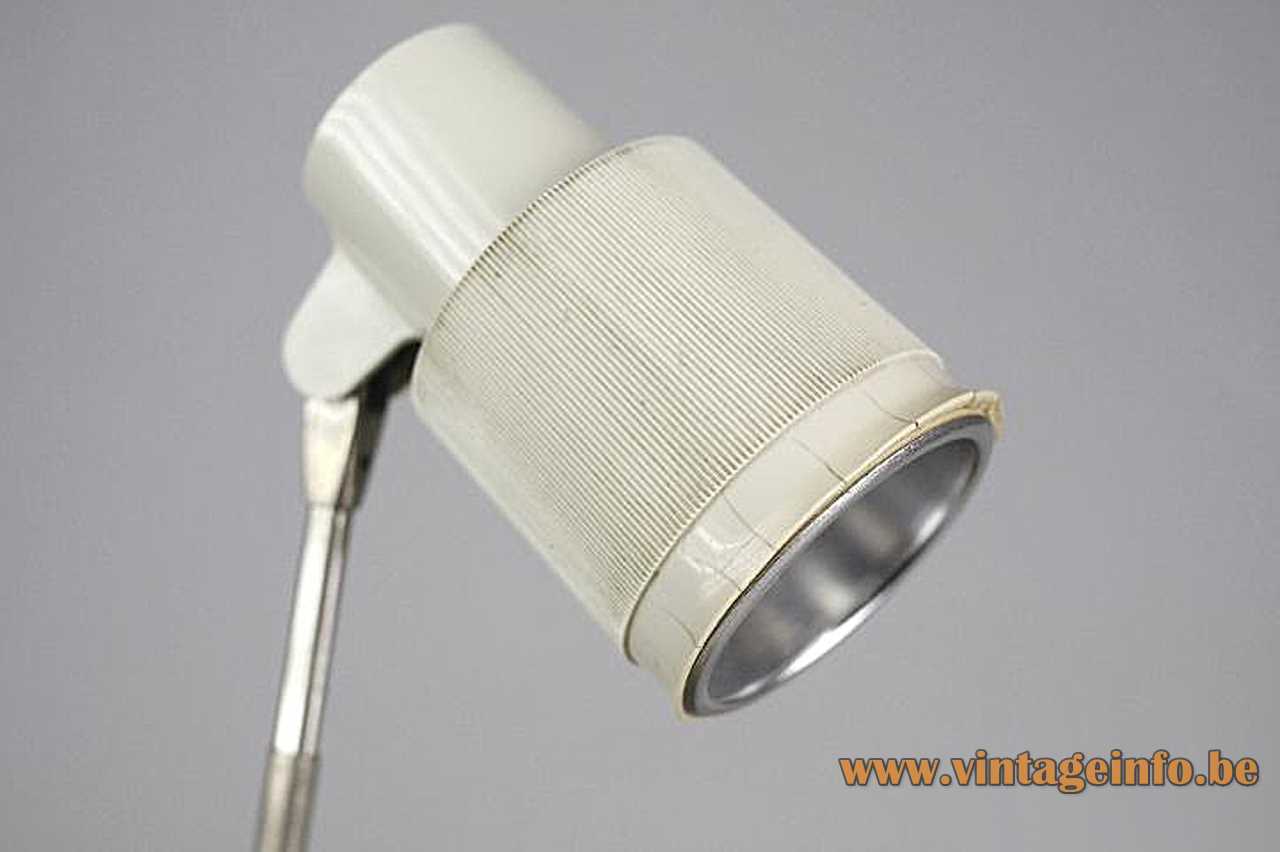 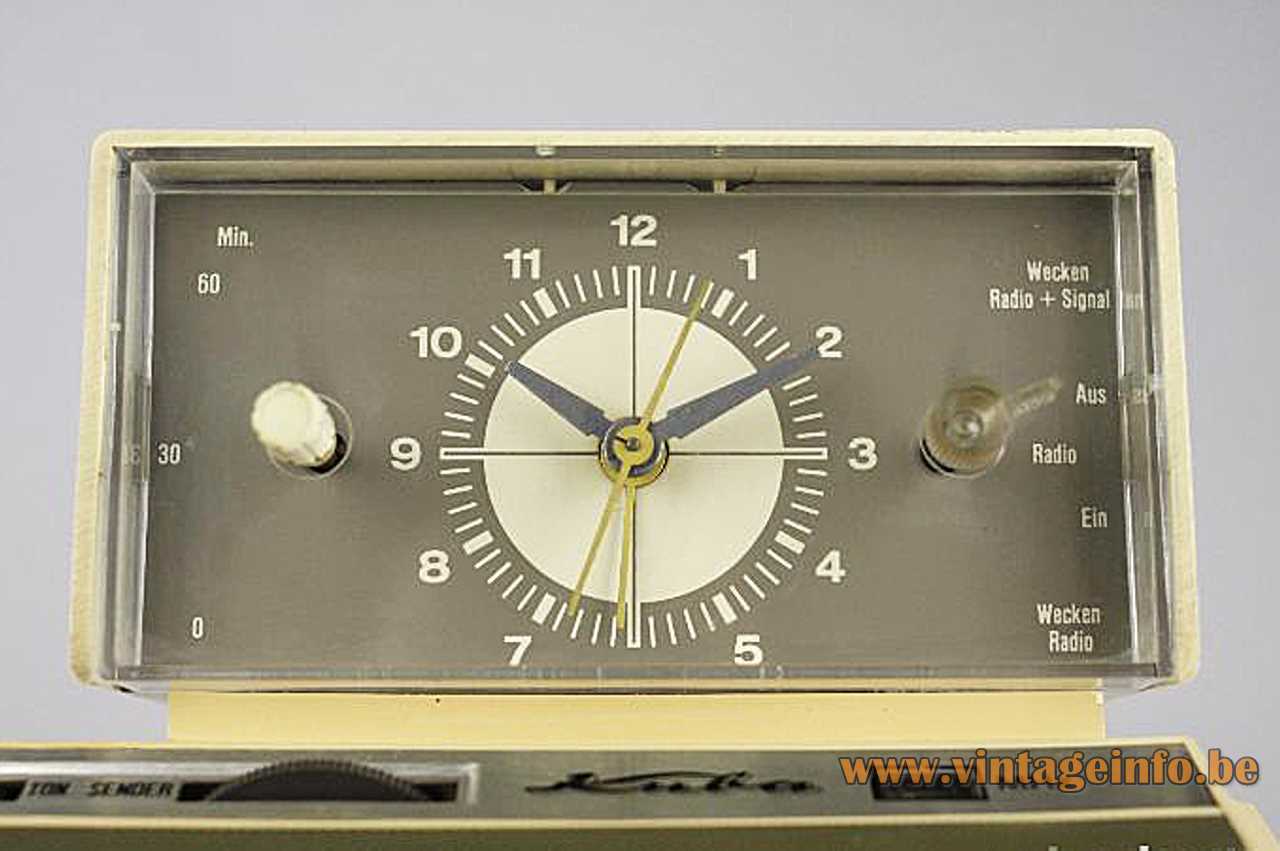 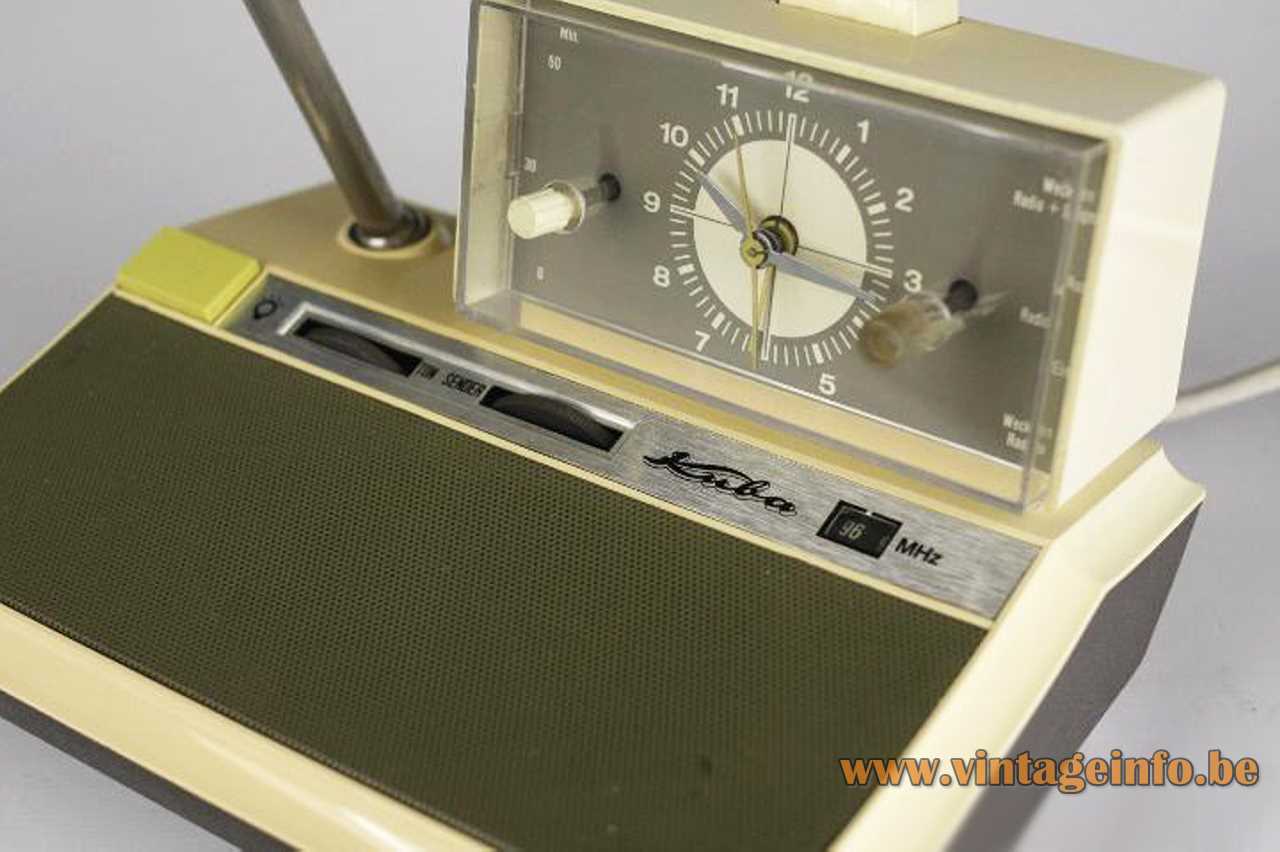 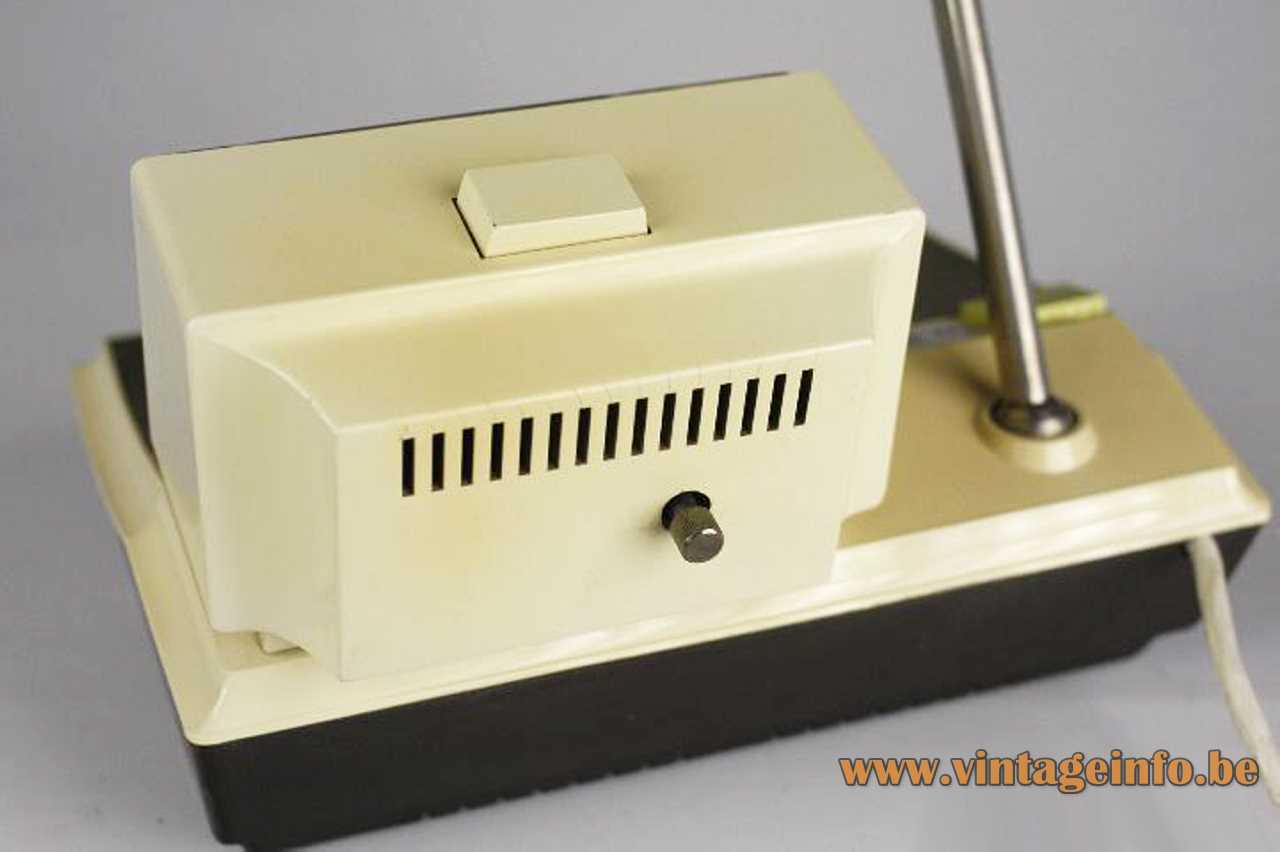 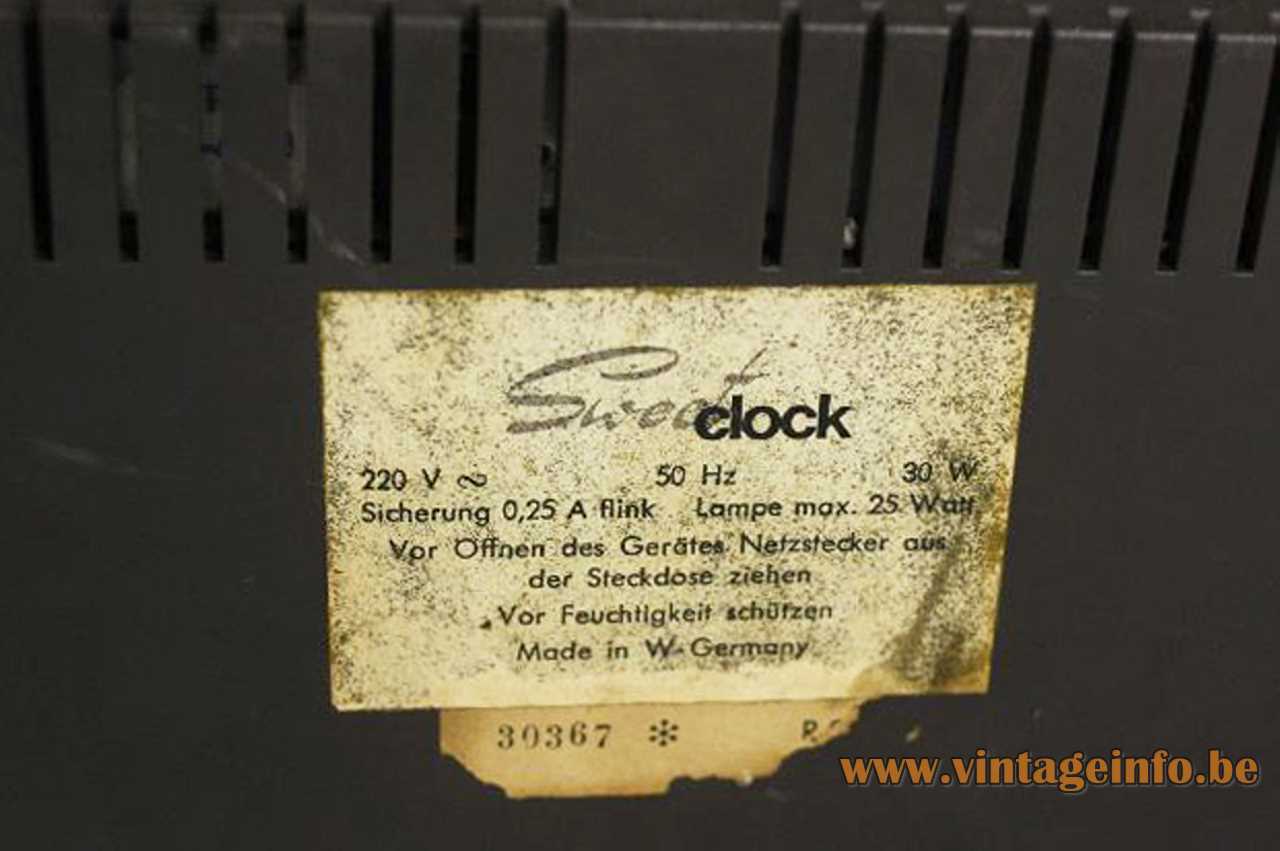 Other versions: This Kuba clock radio lamp is named Sweet-Clock R27, as labelled on the back. It exists at least with a red or yellow button on the left. These FM clock radios went in production in the late sixties. Price at that time 179 DM (German Mark), today 90 euro.

In 1958 was the acquisition of Continental-Rundfunk GmbH and thus the Imperial brand, the business continues as Imperial Rundfunk- und Fernsehwerk (Radio and television works).

In 1966 the company was sold to General Electric (GE). 2 years later, in 1968 the name changed in Kuba-Imperial GmbH. And in 1970 it changed again, after it was sold by GE to AEG-Telefunken. The name became: Imperial GmbH Radio Fernsehen Phono (Radio television phono) in 1972 as a subsidiary of Telefunken Fernseh und Rundfunk GmbH.

One of the most famous and futuristic radio and TV furniture was the Kuba Komet, a must see. It was produced from 1957 until 1962. Follow the link below to Google Images.