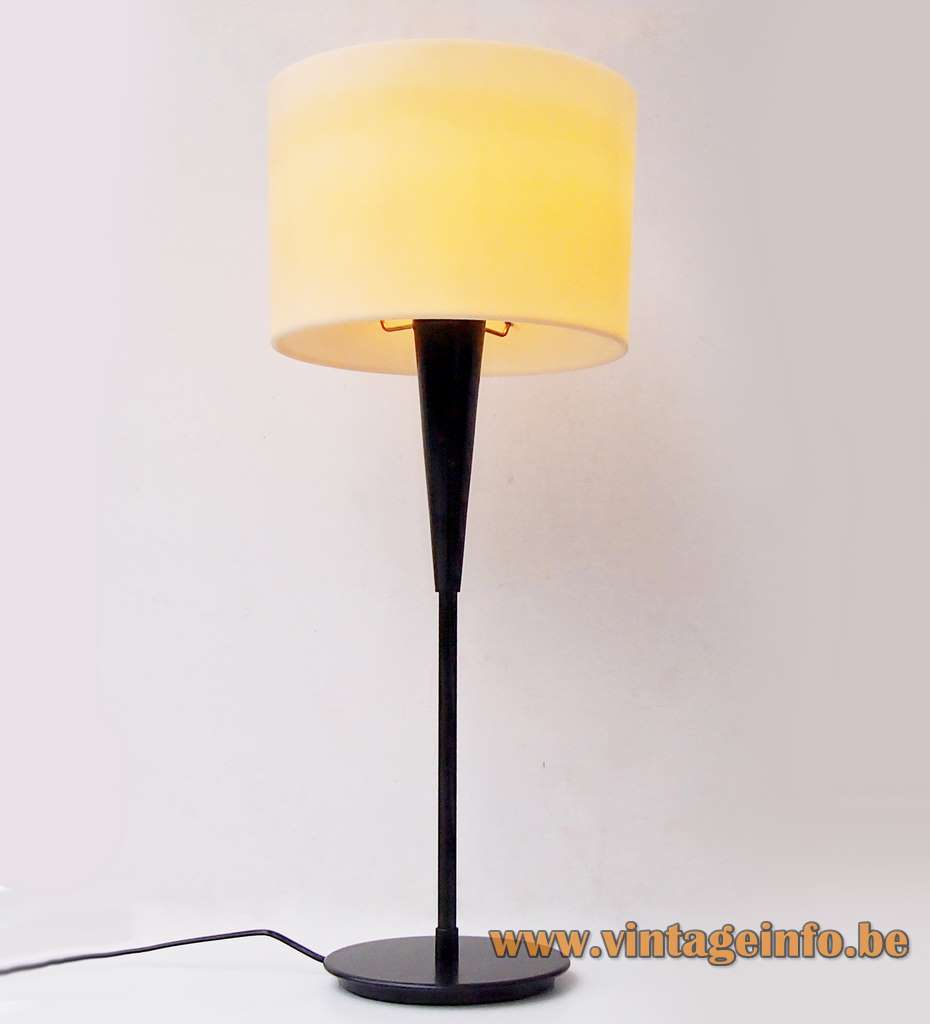 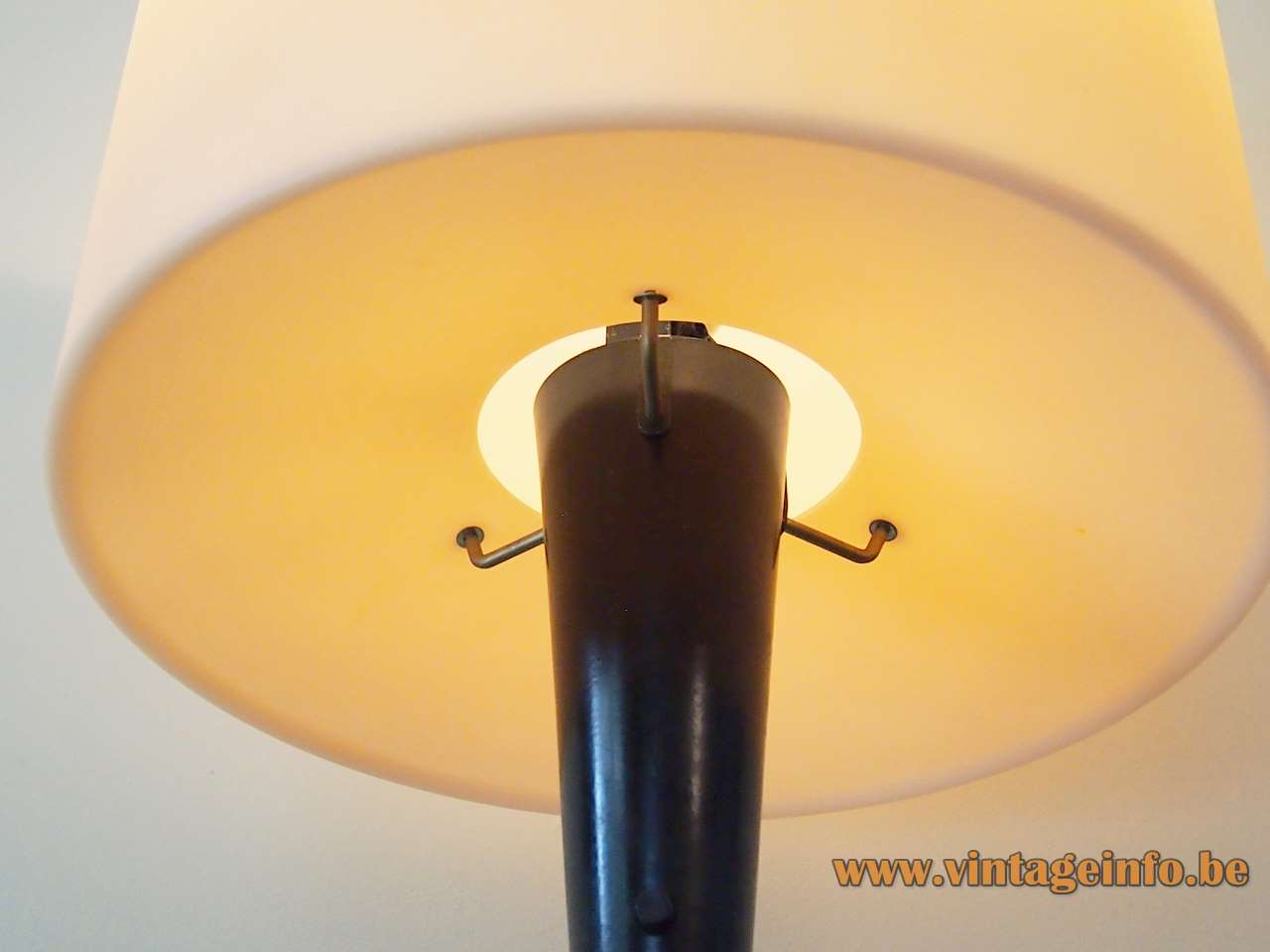 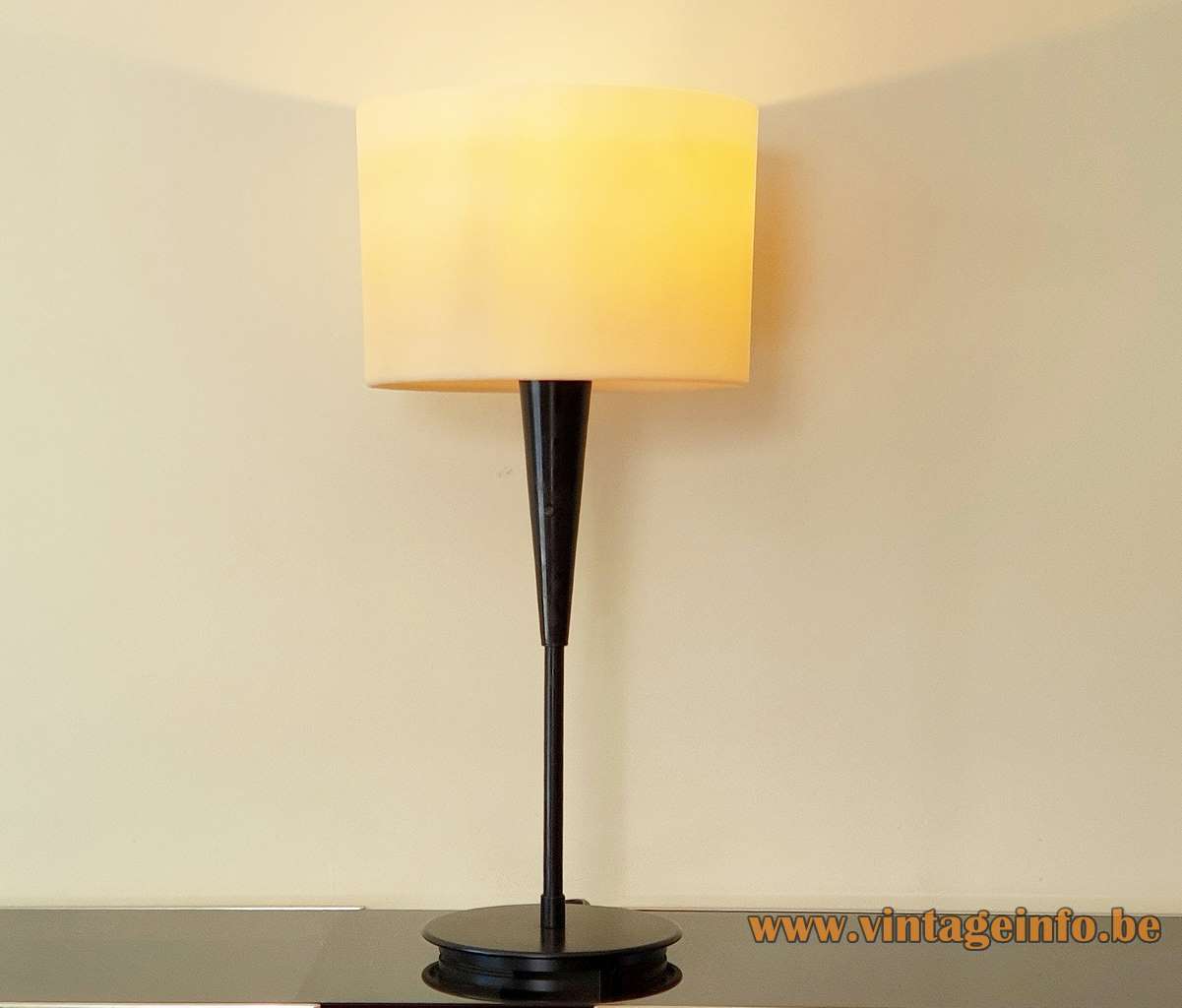 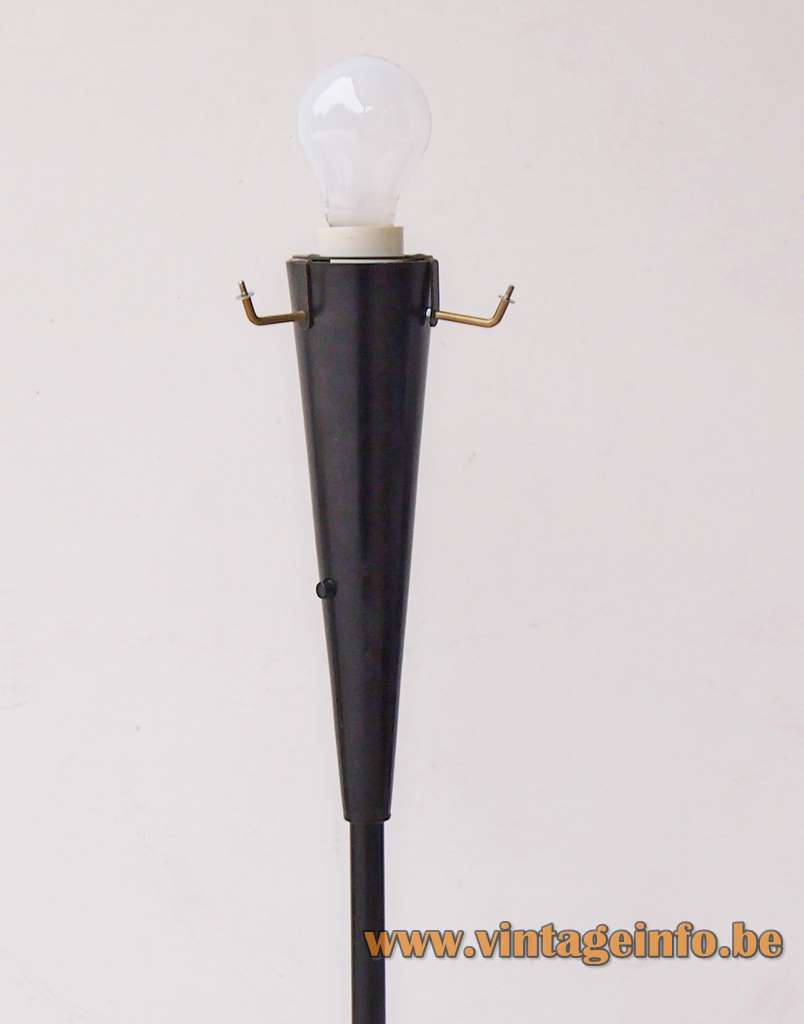 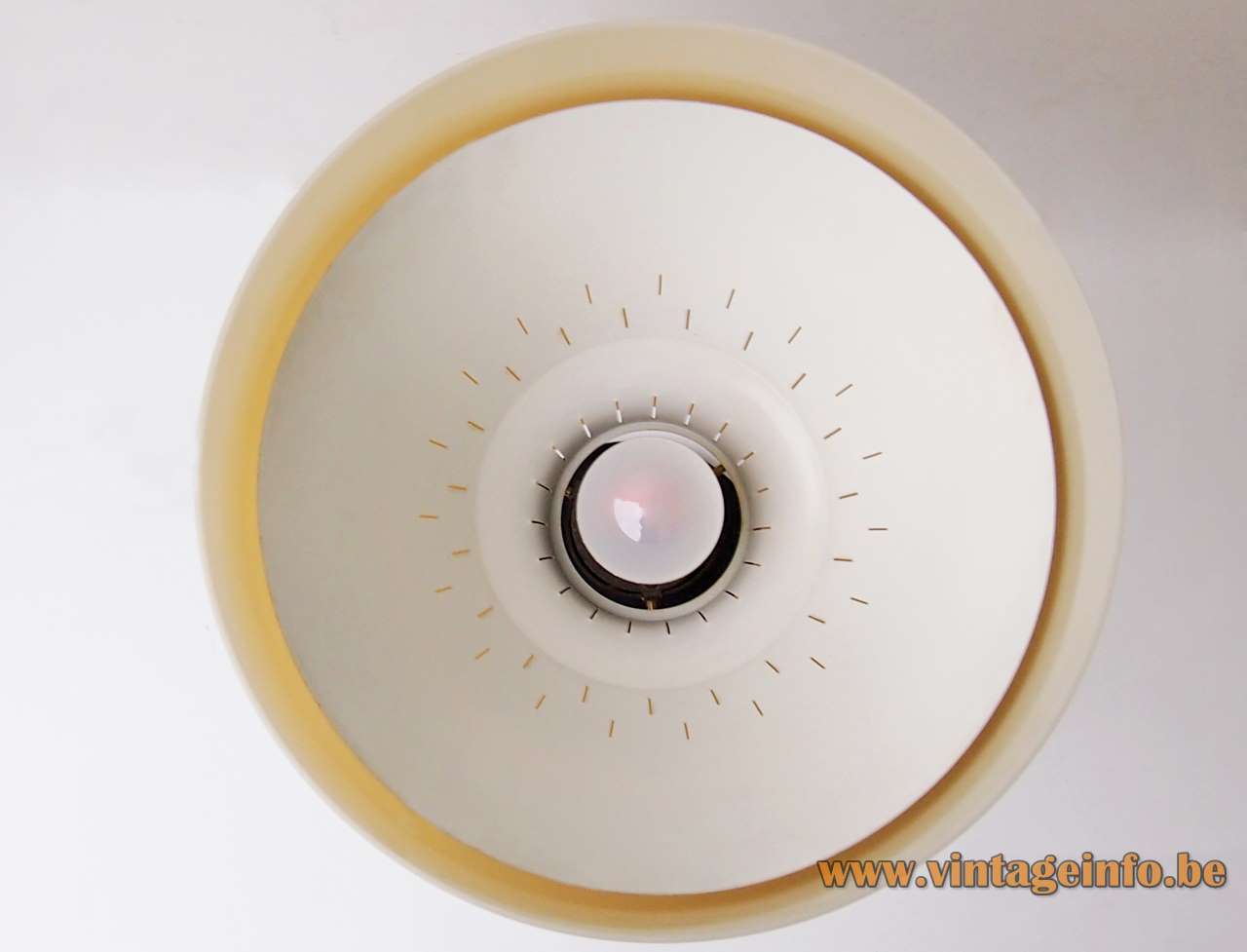 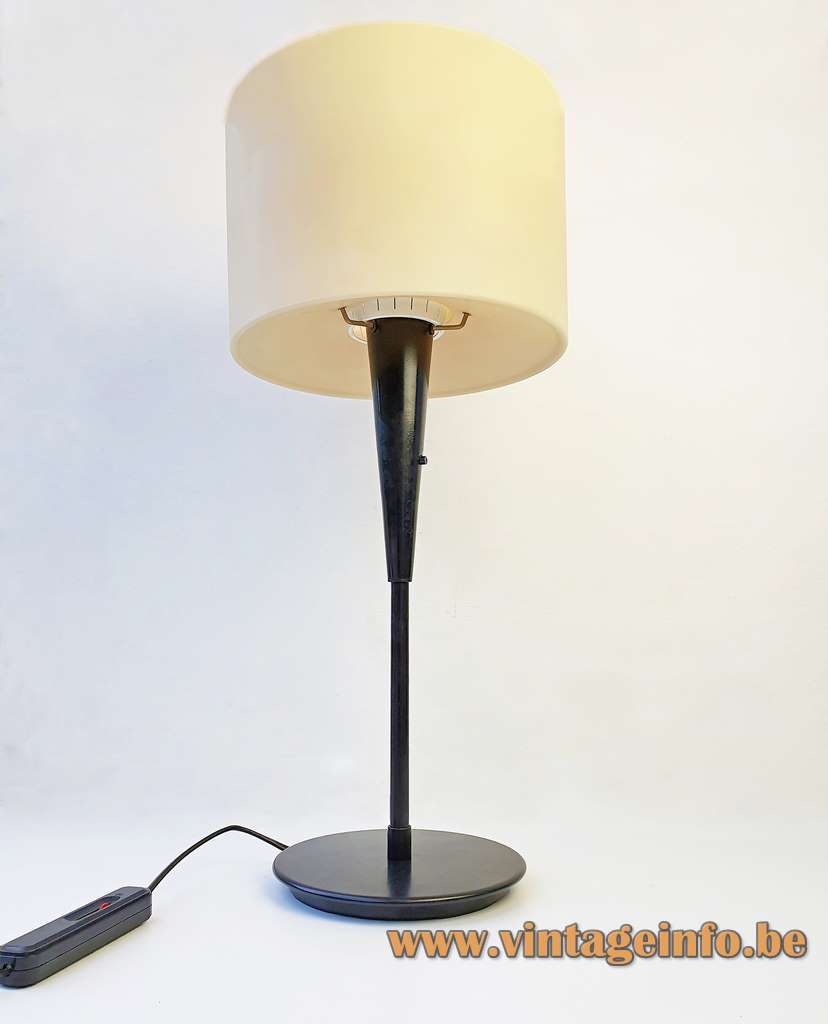 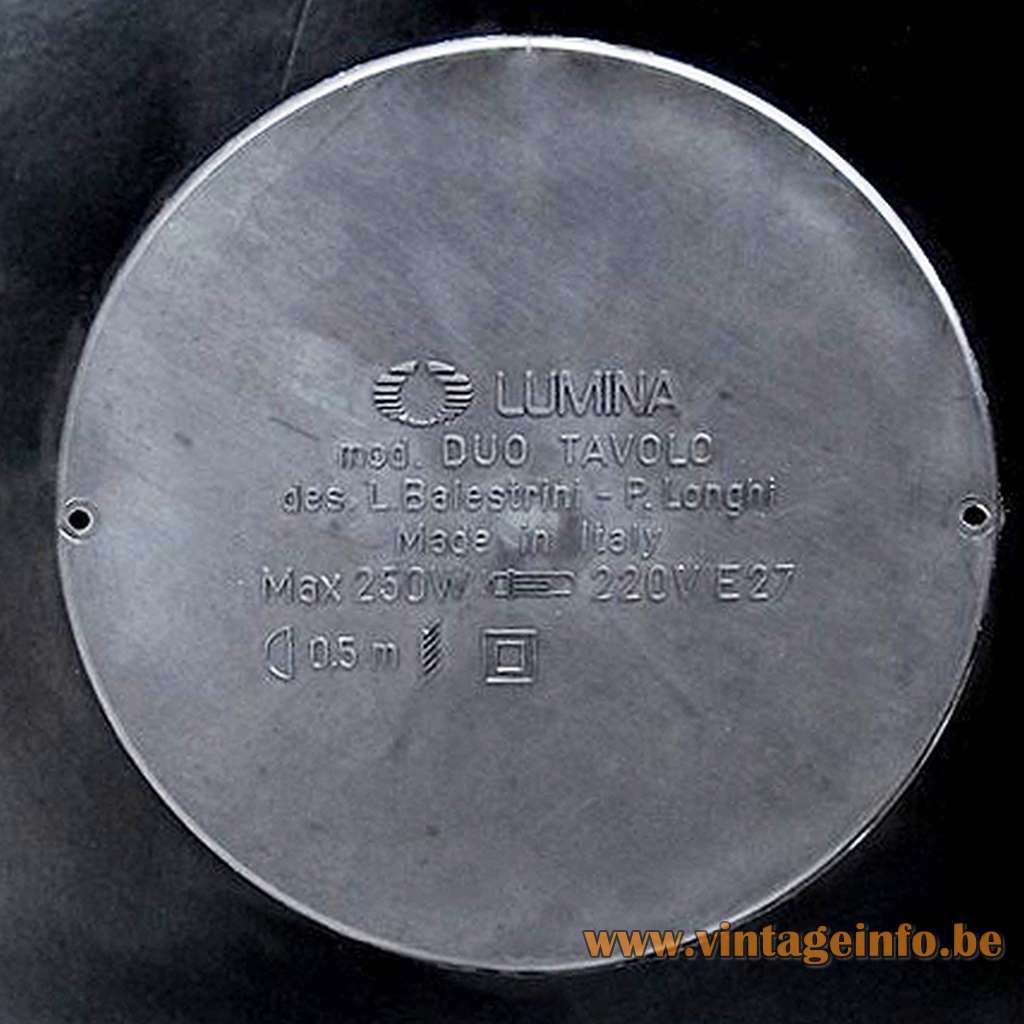 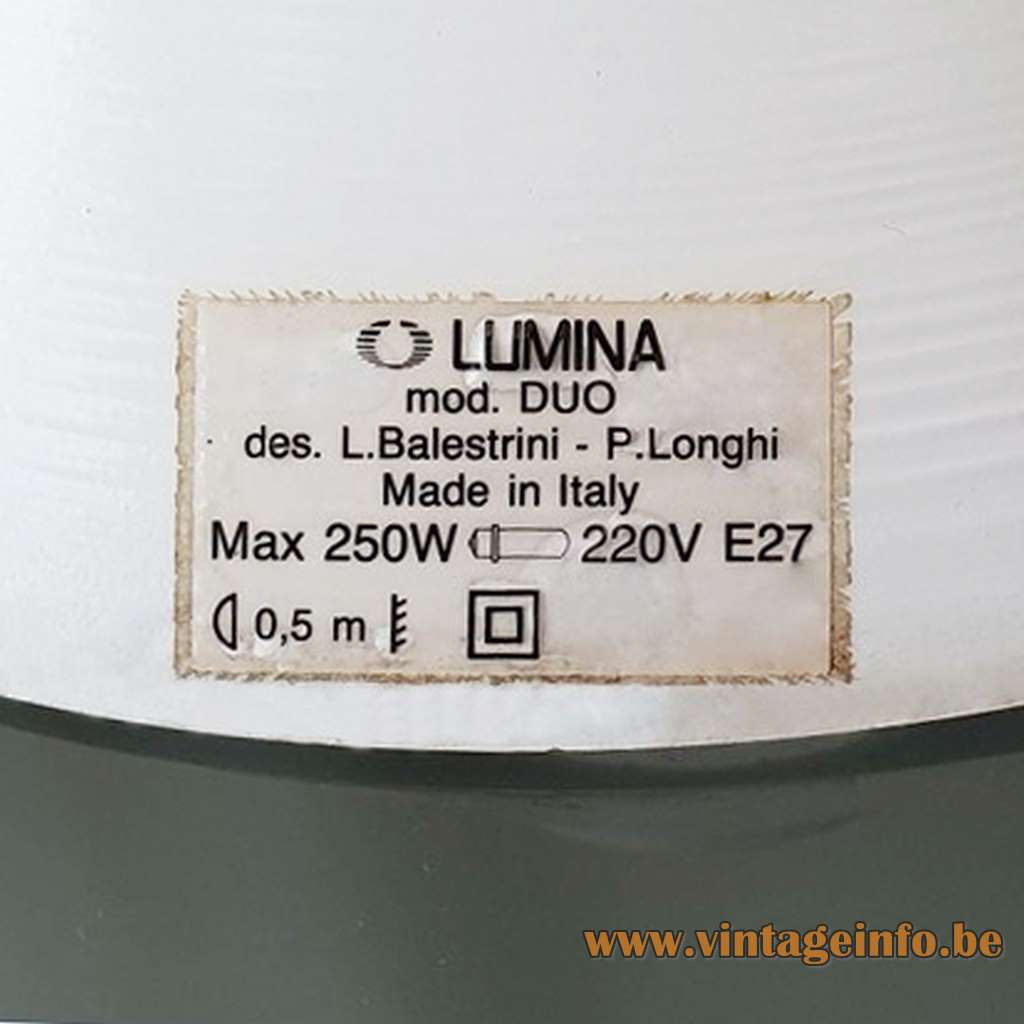 Other versions: The Lumina Duo table lamp is named Duo Tavolo (table). Also a floor lamp exists. It is named Duo. Later versions were made with a halogen light bulb and are designed for 250 watt. These lamps were produced until around 2002. The internal reflector which is connected to the vertical support rod, can be adjusted to obtain two different types of light: direct and indirect. All these lamps are equipped with a dimmer.

This Lumina Duo table lamp in black is a first edition. Later versions are white or nickel plated.

Luciano Balestrini, born in 1943 is an Italian designer and architect who studied architecture at the Politecnico of Milan (Polytechnic University of Milan), where he graduated in 1966. He designed many lamps, not only for Lumina, but also for Luceplan, another Italian lighting company.

Paola Longhi, born in 1948, also graduated in architecture at the Politecnico. Together with Luciano Balestrini she designed a wide range of objects, furniture and lamps.

The Lumina light company was founded in 1975 by Tommaso Cimini (1947-1997) when he designed his famous Daphine table lamp. He designed this lamp made of a transformer and presented it on the Milan Fair in 1974. It was an instant success. Lumina itself started to produced several different lamps as a real lighting firm in 1980. Tommaso Cimini died in an airplane accident in 1997, leaving his company to his business partner and his oldest son Ettore.

Daphine lamp by Tomasso Cimini on the Lumina website