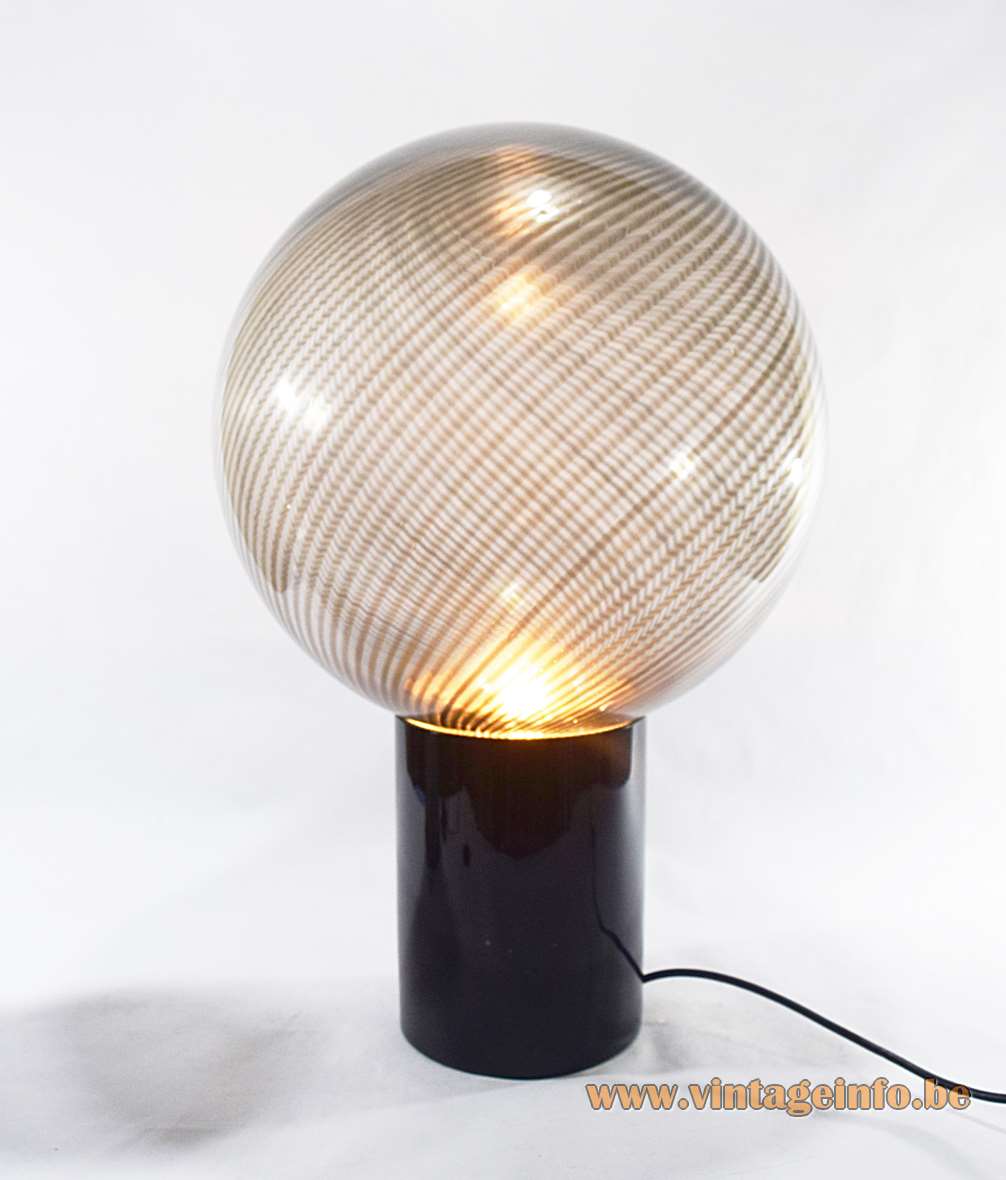 Materials: The big glass globe is made of thick hand blown crystal clear Murano glass with many thin black stripes. The round base is made of black crystal glass. Brass ornamental nut on the bottom of the base, some brass parts. Bakelite socket.

Electricity: 1 bulb E27, 1 x 75 watt maximum, 110/220 volt.
Any type of light bulb can be used, not a specific one preferred. But a globe bulb gives the most beautiful effect.

Other versions: This Lino Tagliapietra globe table lamp was in  all probability produced in several variations.

Lino Tagliapietra was born August 10, 1934 in Murano, Italy and has also worked extensively in the United States. As a teacher and mentor, he has played a key role in the international exchange of glass blowing processes and techniques between the principal American centres and his native Murano, but his influence is  apparent in the whole world. Lino is master in this striped technique.

Video: The artist at work