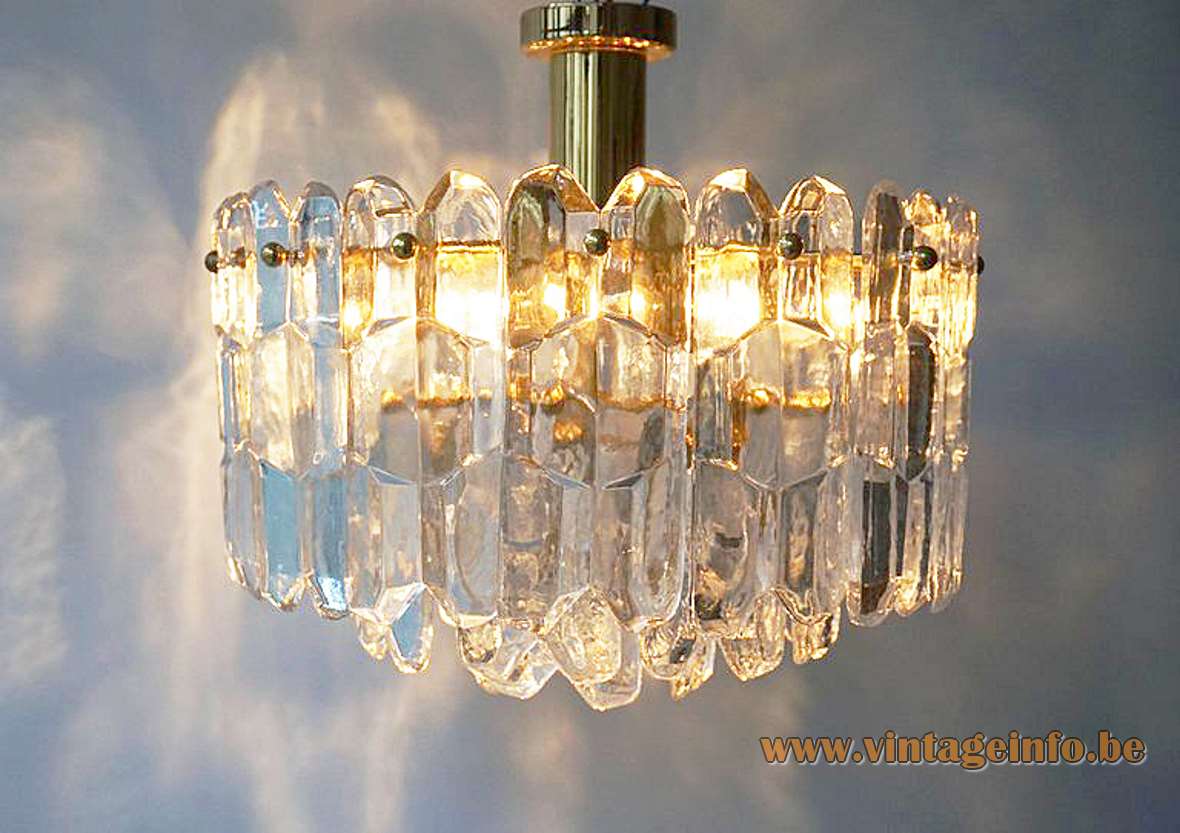 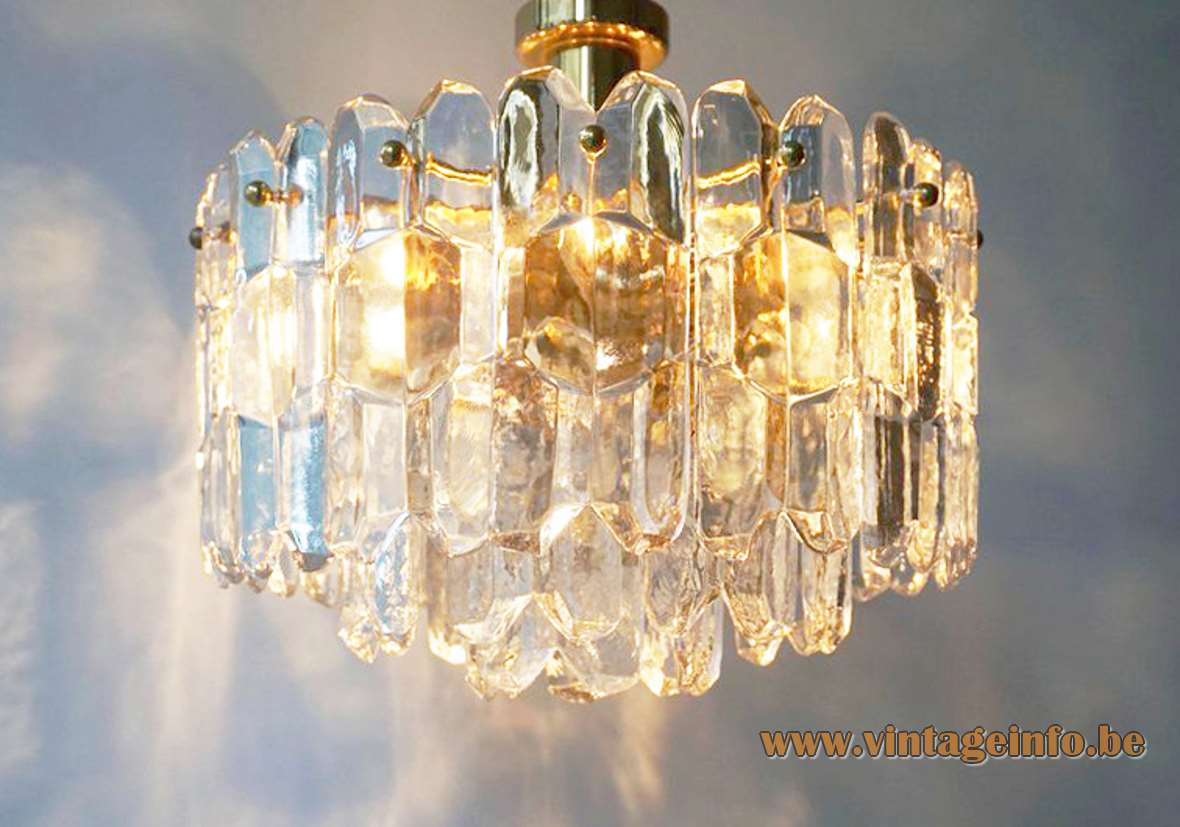 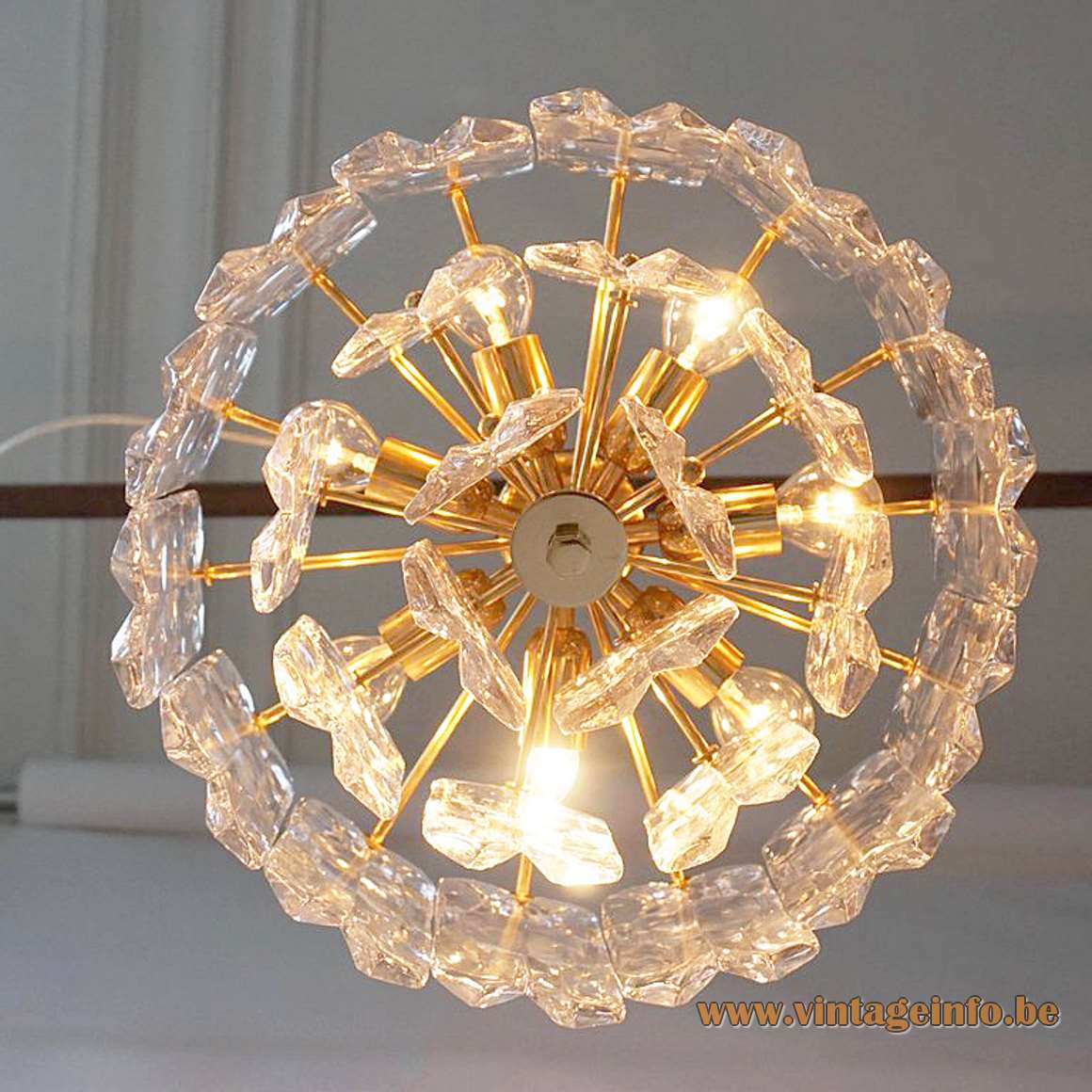 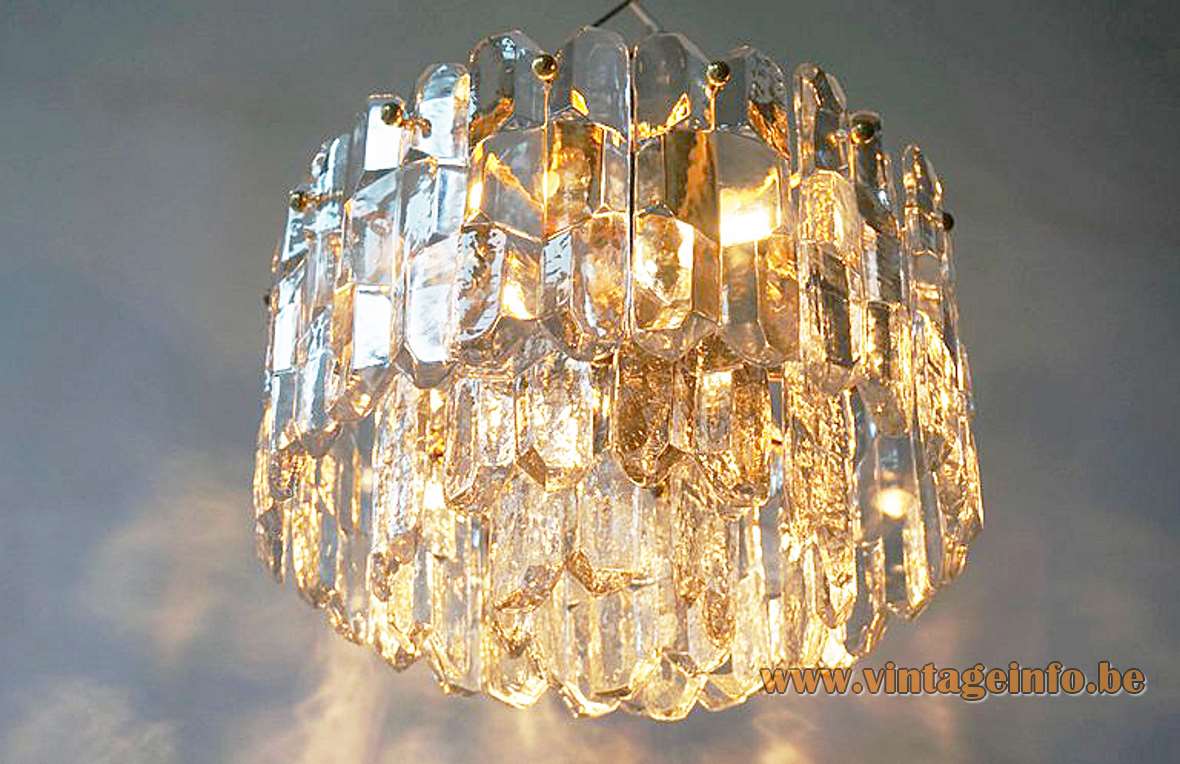 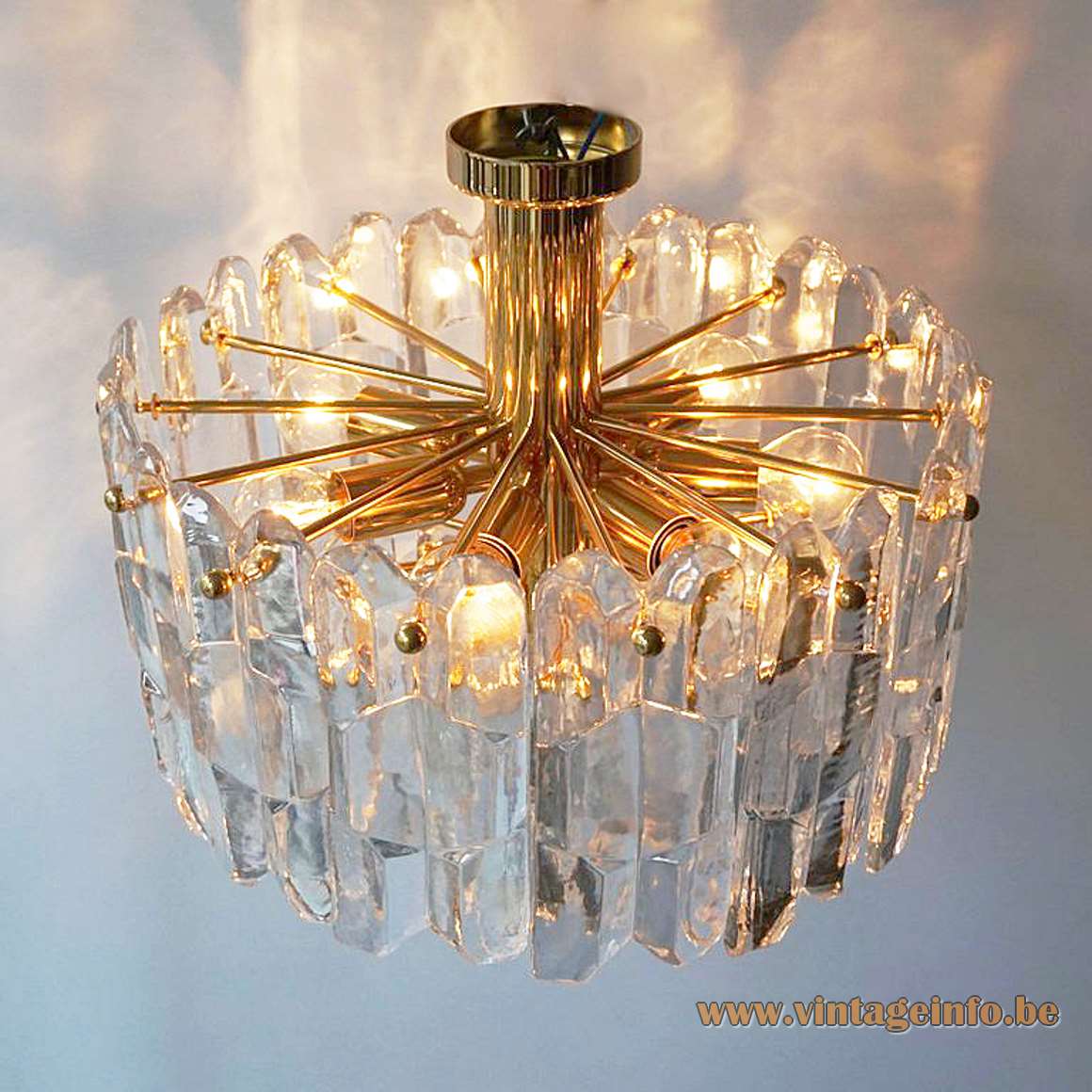 Other versions: The Kalmar Palazzo flush mount exists in several versions. It was also made as a chandelier and as a wall lamp.

The glass of many lamps made by Kalmar was produced by the Italian company AV Mazzega from the Murano island. Possibly also this glass. Today the AV Mazzega company is named Mazzega 1946, after the year the company was founded.

Founded in Vienna by Julius August Kalmar in the 1880s, Kalmar first specialized in the production of hand crafted objects of cast bronze. The company soon established its practice of closely collaborating with prominent architects to create chandeliers and other cast bronze objects in Austria, Europe and the United States. Before long it was presenting custom-made wares at international exhibitions such as the 1888 Vienna Trade Exposition (Gewerbeausstellung Wien). The 1893 Chicago World’s Columbian Exposition. The 1901 Export Exposition Scandinavia and the 1906 Austrian Exhibition in Earl’s Court, London.