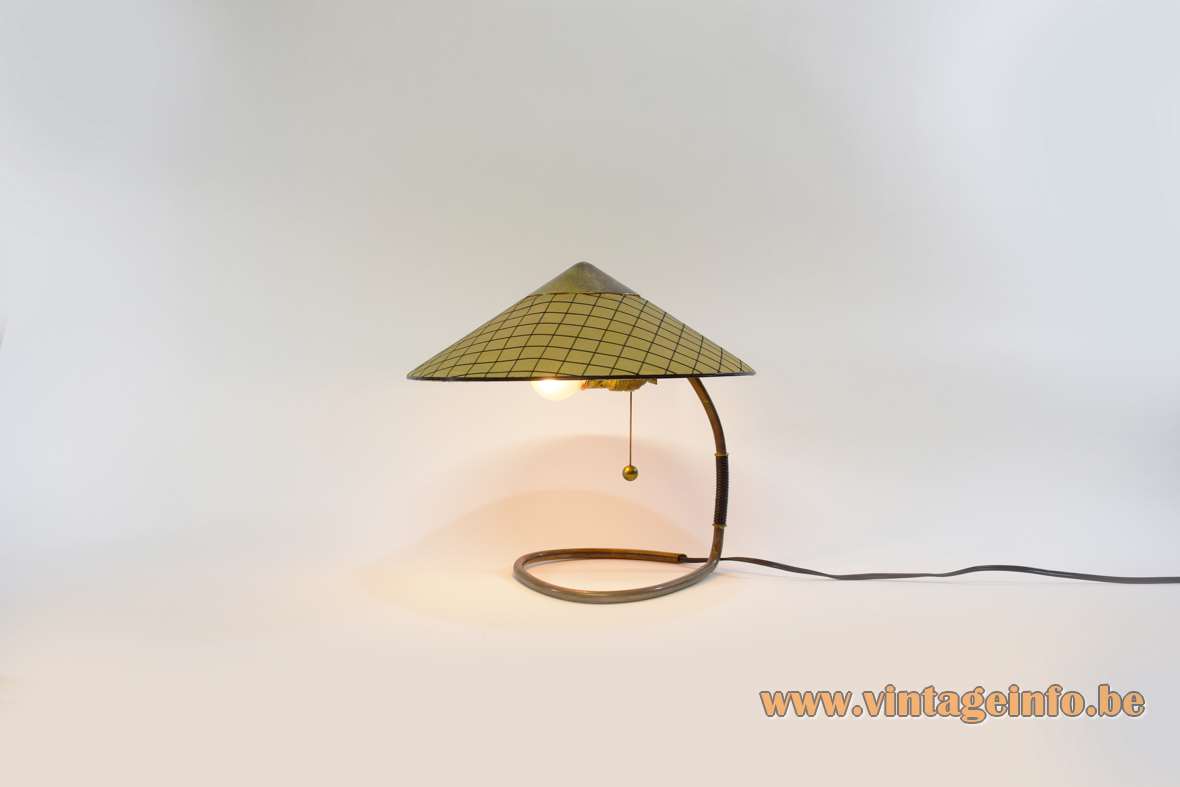 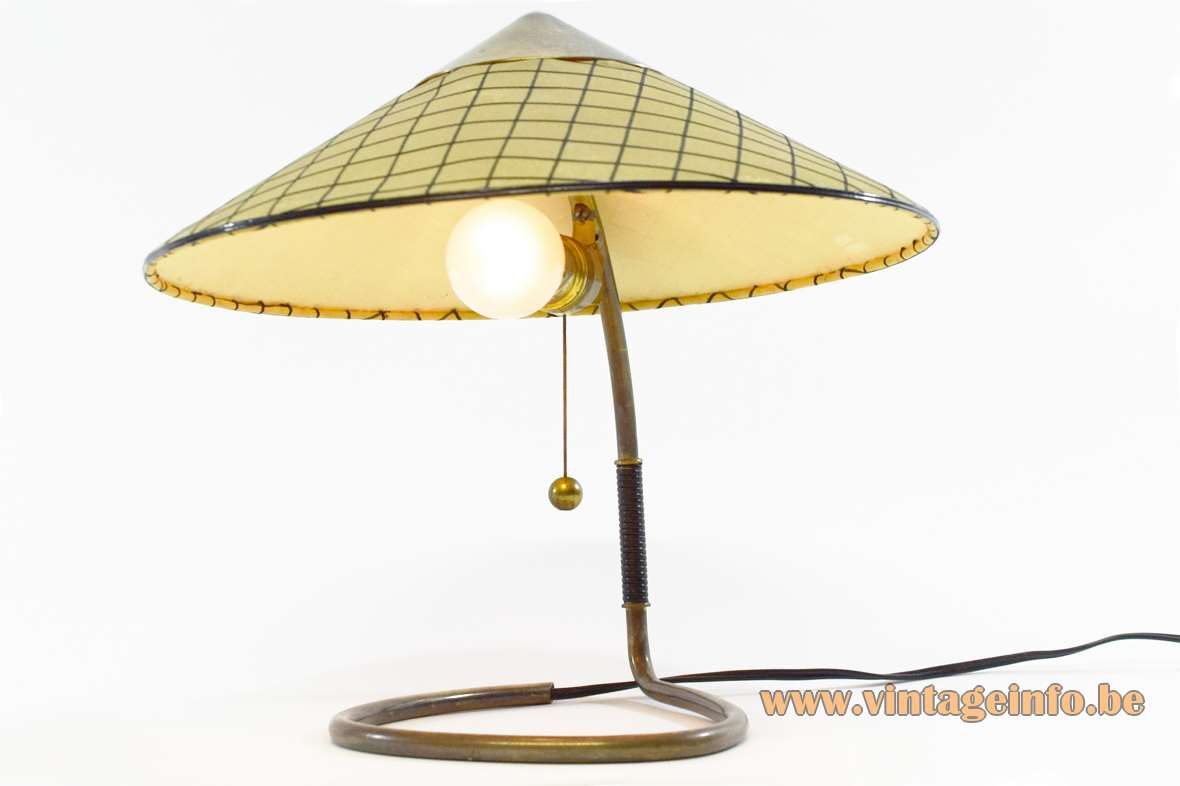 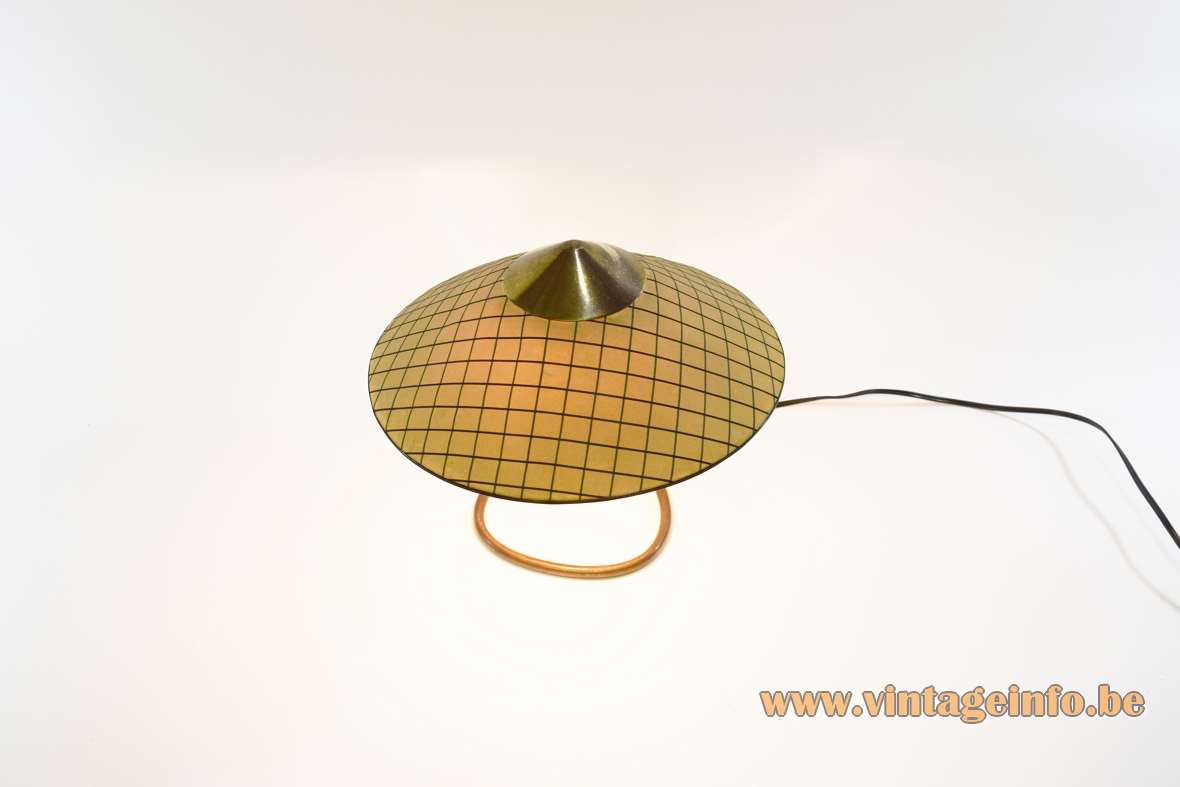 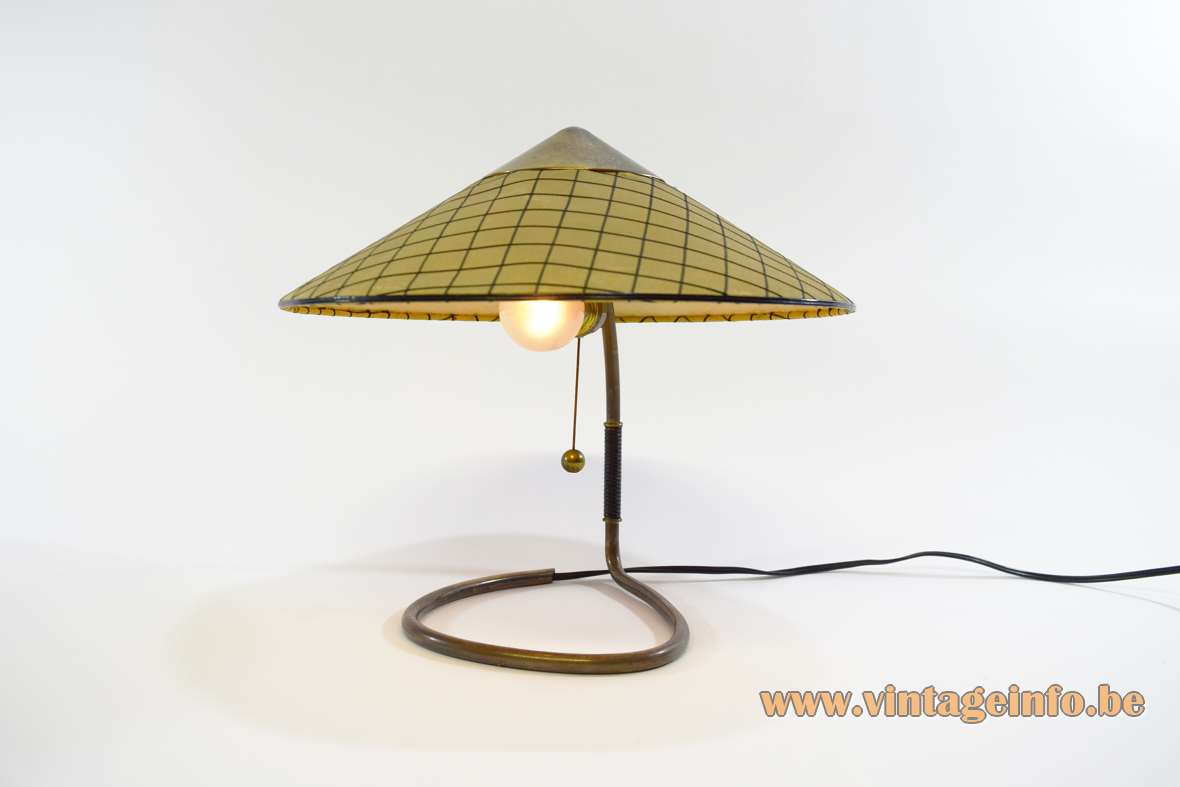 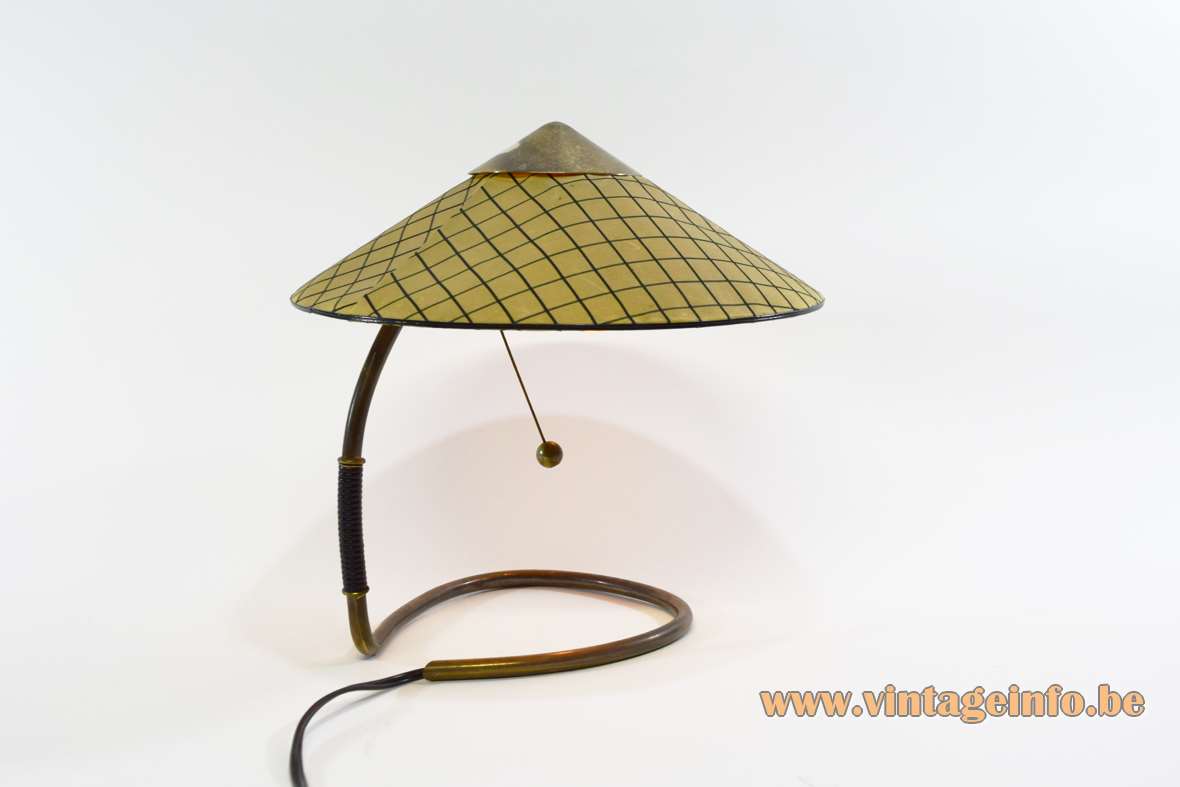 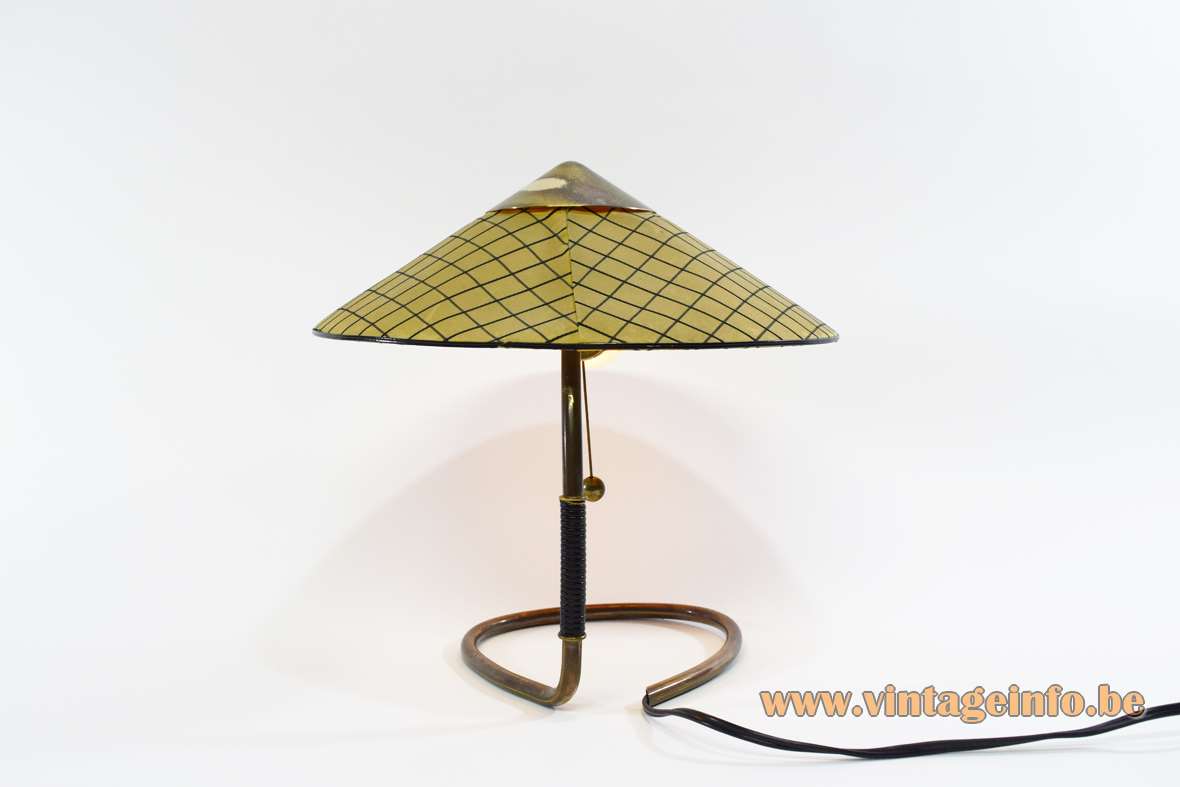 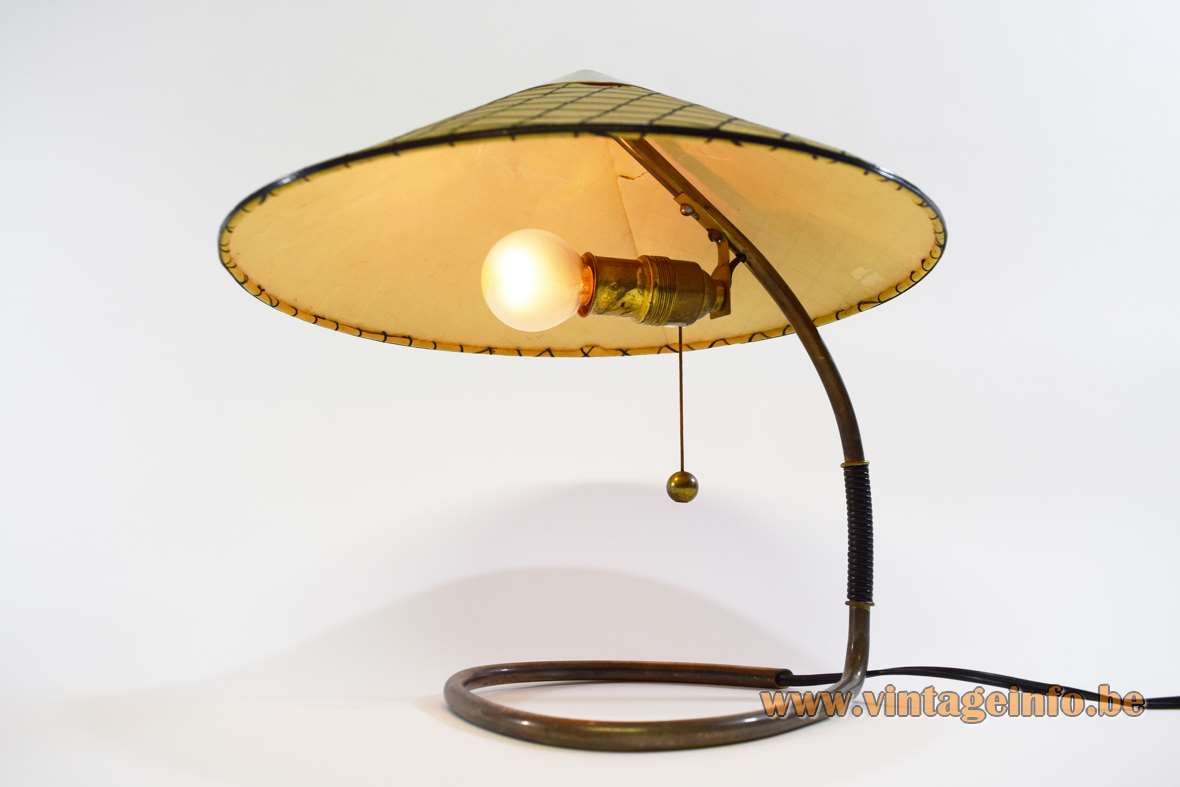 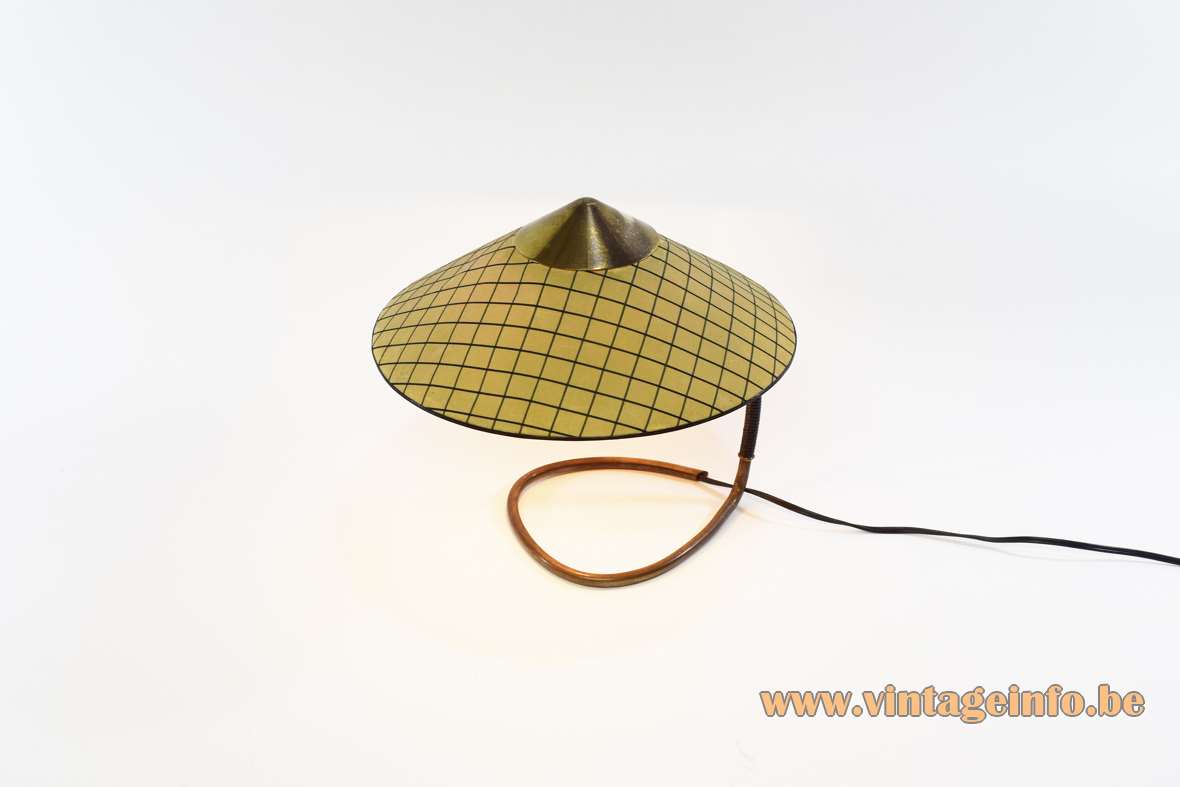 Other versions: This Kalmar Franken table lamp was made in some variations and several different lampshades. Also the other Austrian company Austrolux from Vienna produced an almost identical lamp in the 50s with a lampshade in glass, but without the handle. Also Ernest Plange Leuchten from Germany produced a very similar lamp. Probably also some other companies.


Founded in Vienna by Julius August Kalmar in the 1880s, Kalmar first specialised in the production of hand crafted objects of cast bronze. The company soon established its practice of closely collaborating with prominent architects to create chandeliers and other cast bronze objects in Austria, Europe and the United States. Before long it was presenting custom-made wares at international exhibitions such as the 1888 Vienna Trade Exposition (Gewerbeausstellung Wien). The 1893 Chicago World’s Columbian Exposition. The 1901 Export Exposition Scandinavia and the 1906 Austrian Exhibition in Earl’s Court, London.