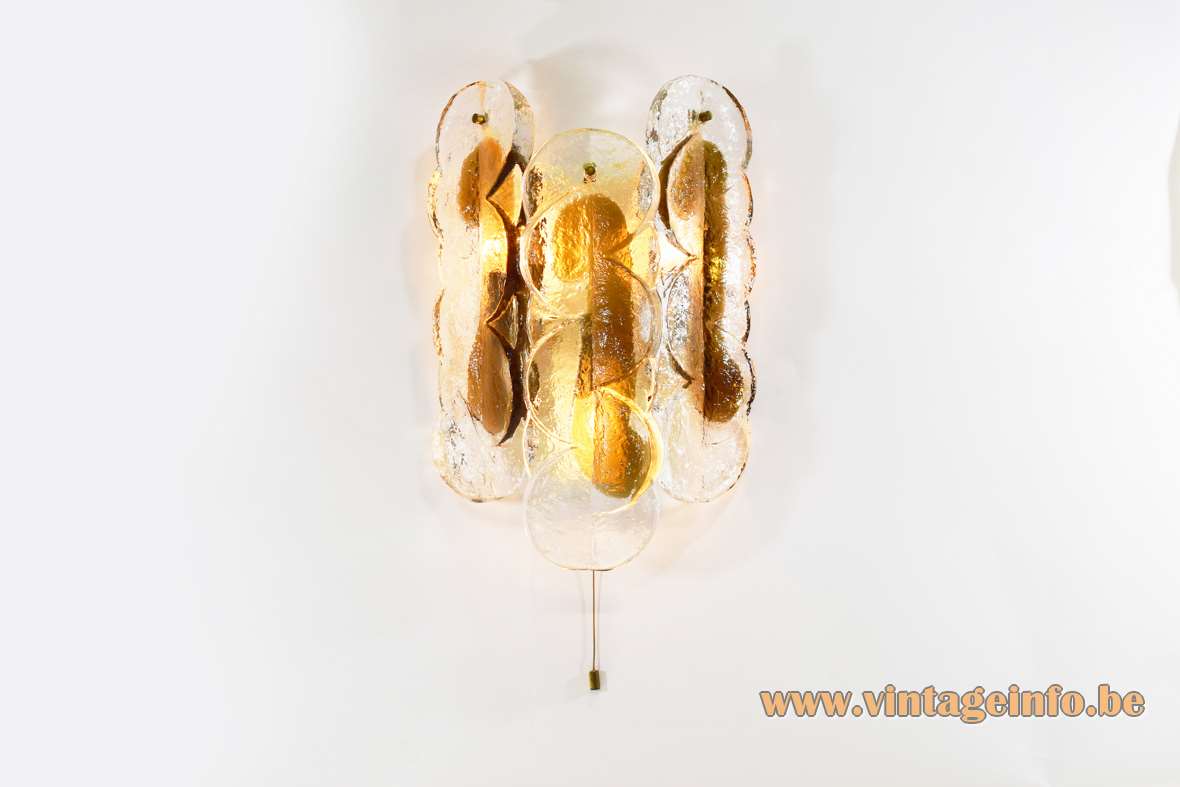 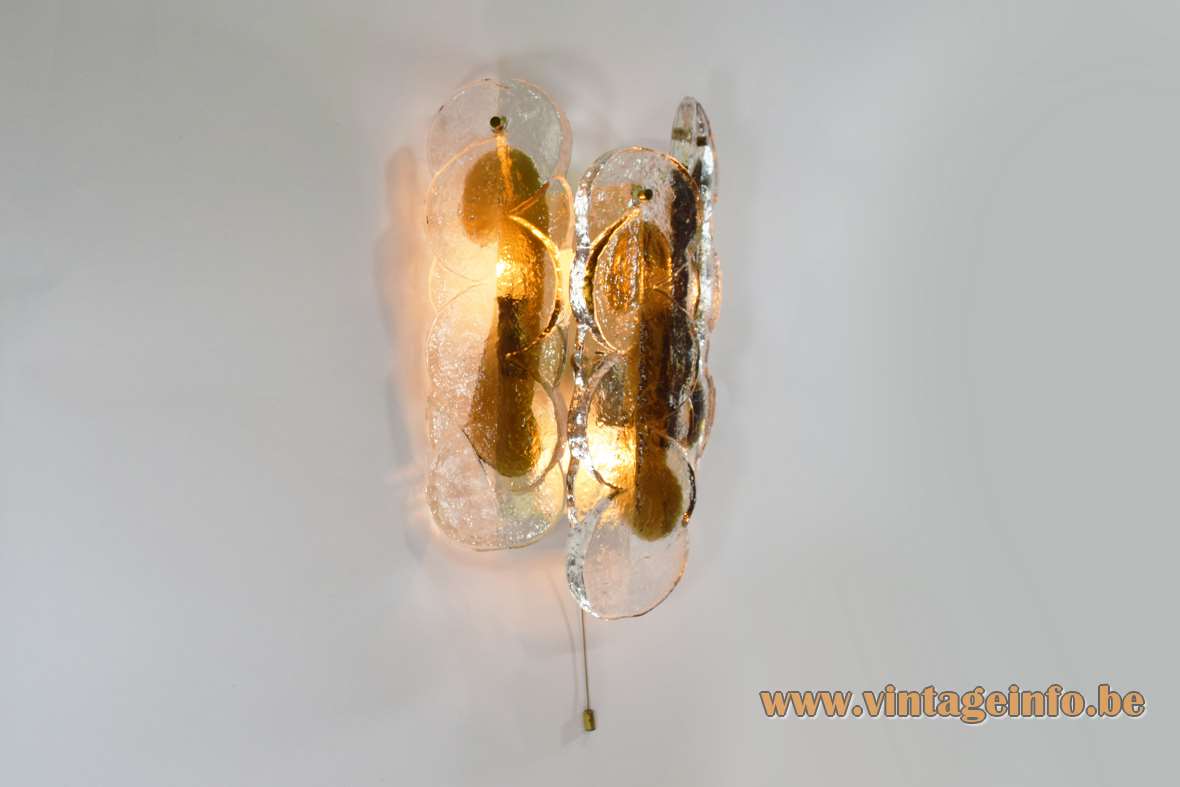 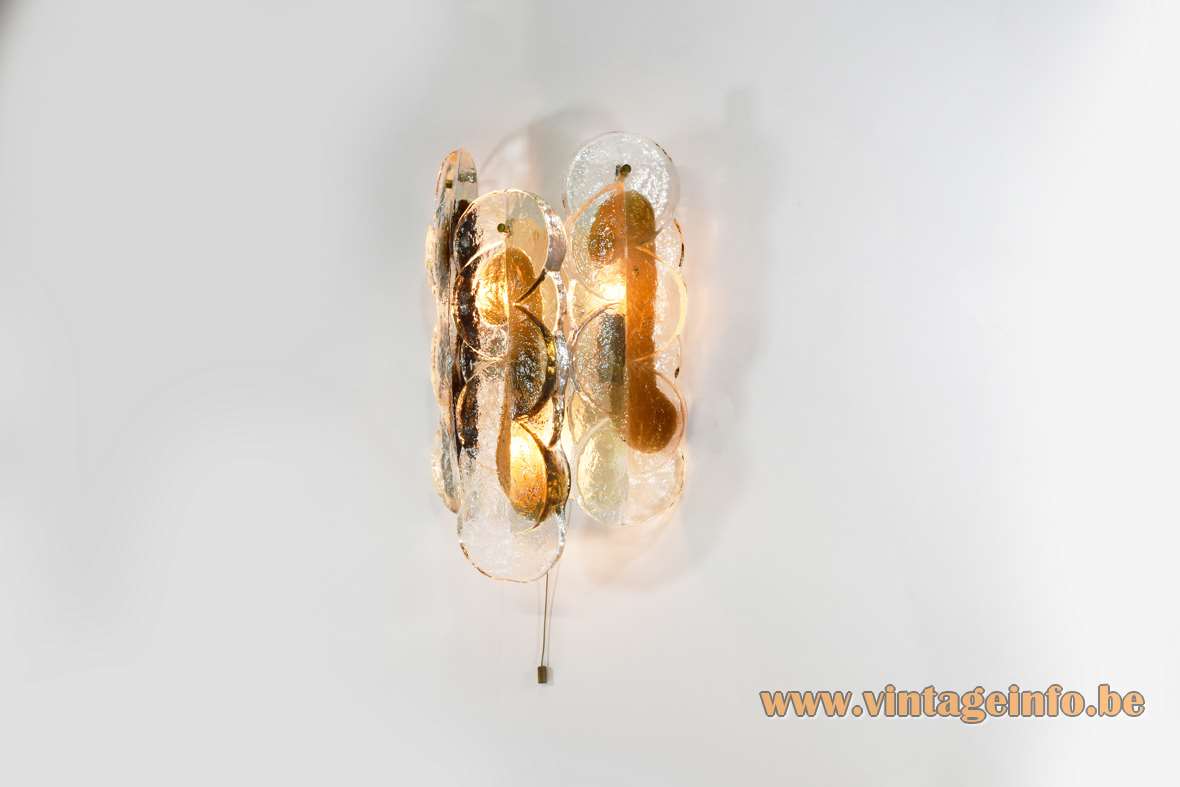 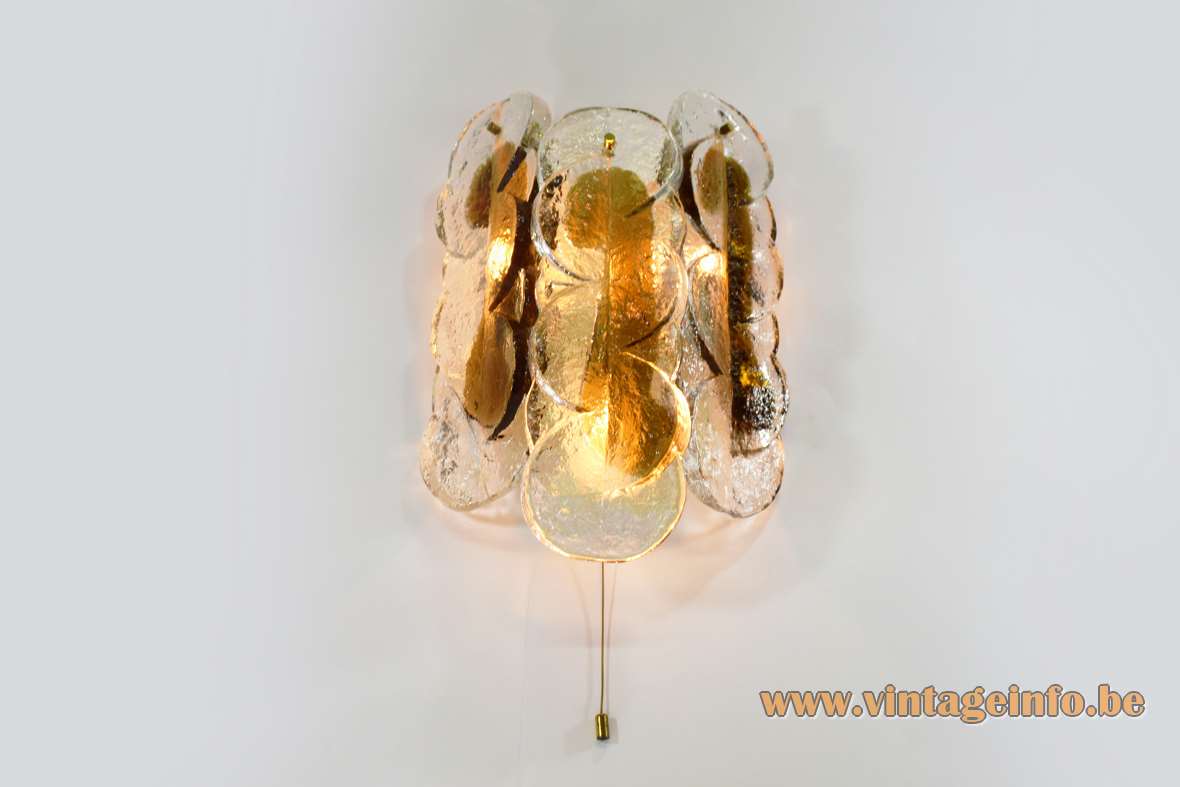 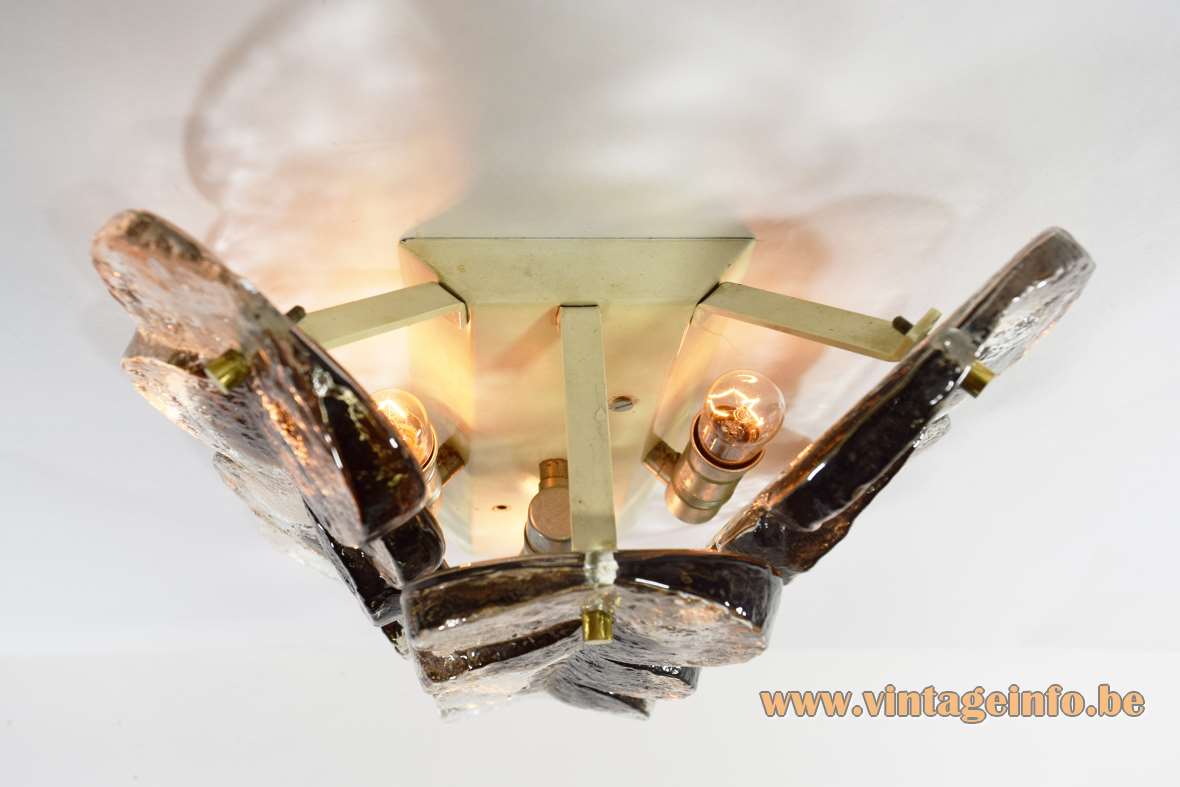 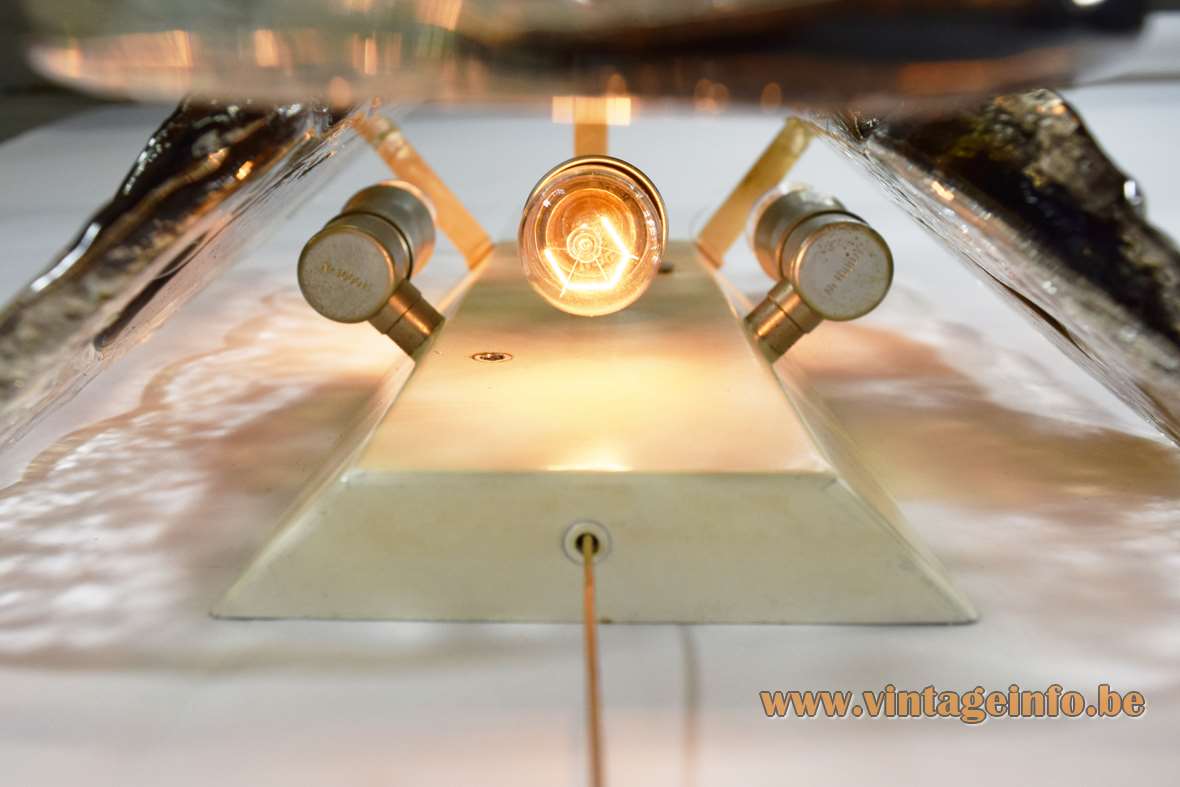 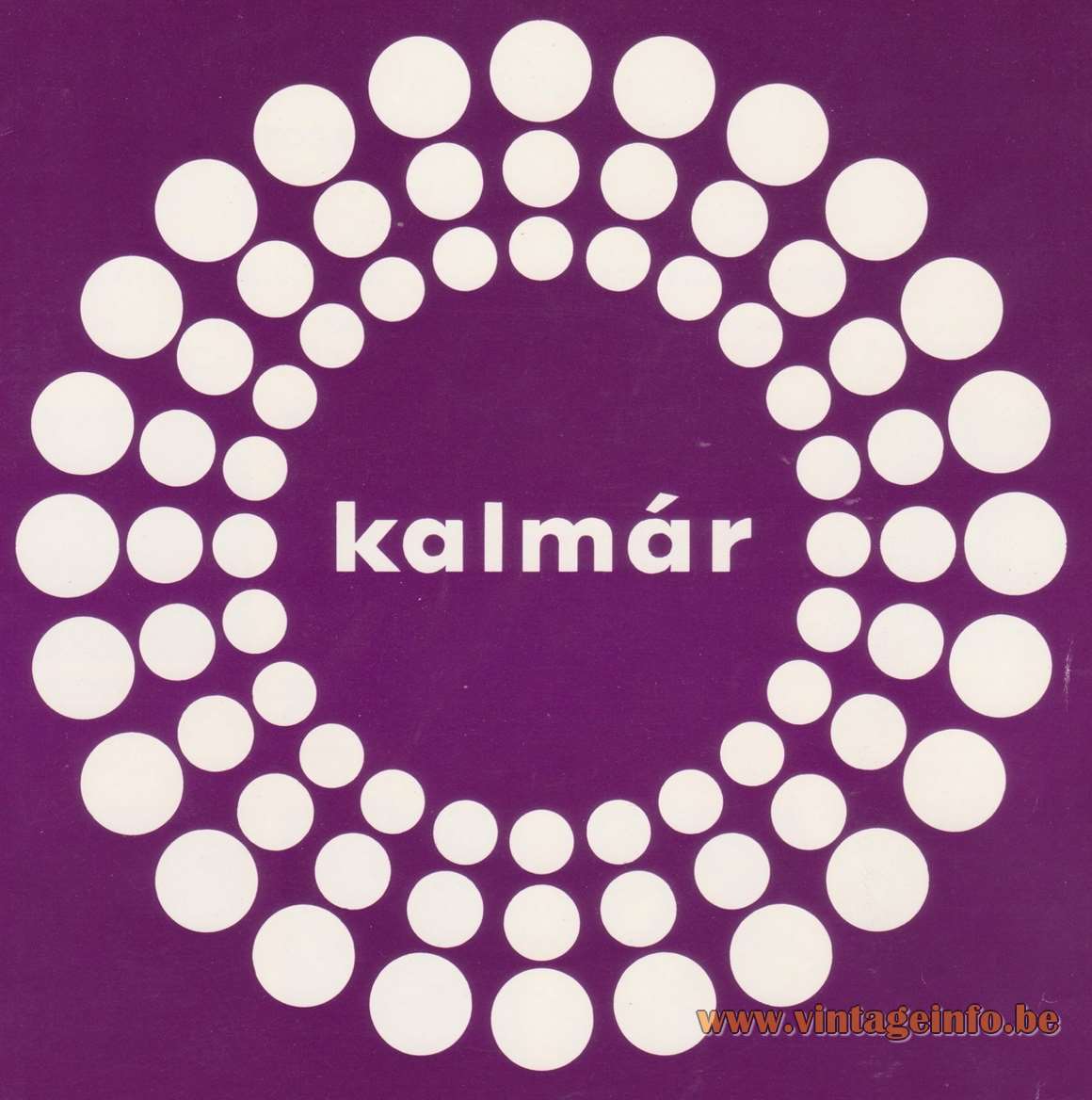 Electricity: 3 bulbs E14, 3 x 40 watt maximum, 110/220 volt.
Any type of light bulb can be used, not a specific one preferred. However, small clear light bulbs gives the best result. They were also used for this setup.

Other versions: The Kalmar Franken Citrus wall lamp was also made as a chandelier, a ceiling lamp, a flush mount and several other variations. From small to big lamps in all forms and sizes.

The glass parts of this Kalmar Franken Citrus wall lamp was hand-blown in Murano, Italy. Kalmar used glass parts for many lamps produced by Leucos. Sometimes a 048 Murano label can be found on Kalmar lamps. Several of them are made in the Carlo Nason style.

Founded in Vienna by Julius August Kalmar in the 1880s, Kalmar first specialised in the production of hand crafted objects of cast bronze. The company soon established its practice of closely collaborating with prominent architects to create chandeliers and other cast bronze objects in Austria, Europe and the United States. Before long it was presenting custom-made wares at international exhibitions such as the 1888 Vienna Trade Exposition (Gewerbeausstellung Wien). The 1893 Chicago World’s Columbian Exposition. The 1901 Export Exposition Scandinavia and the 1906 Austrian Exhibition in Earl’s Court, London.

Thanks to the younger Kalmar’s involvement and personal acquaintance with the leading European architects of the day, the name Kalmar became associated with high quality modern design. The company flourished, producing light fittings for prominent Austrian architects and designers including Frank and Wlach. As well as Oskar Strnad, Clemens Holzmeister, Oswald Haerdtl, Ernst Plischke, and others. As the company grew, the size and scope of its contracts increased. And soon it was producing chandeliers and major installations for clients such as the Vienna Opera, the Burgtheater, the new theatres in Linz and Salzburg and the Vienna stock exchange.

In the 1990’s, the great-grandson of the founder, Thomas Calice, shifted the company’s focus to international lighting projects. He phased out Kalmar’s own product lines and concentrated the company’s resources on the production of decorative, functional and technical lighting installations. The company has expanded in this specialised area and now produces prestigious custom designed and manufactured lighting installations throughout the world.