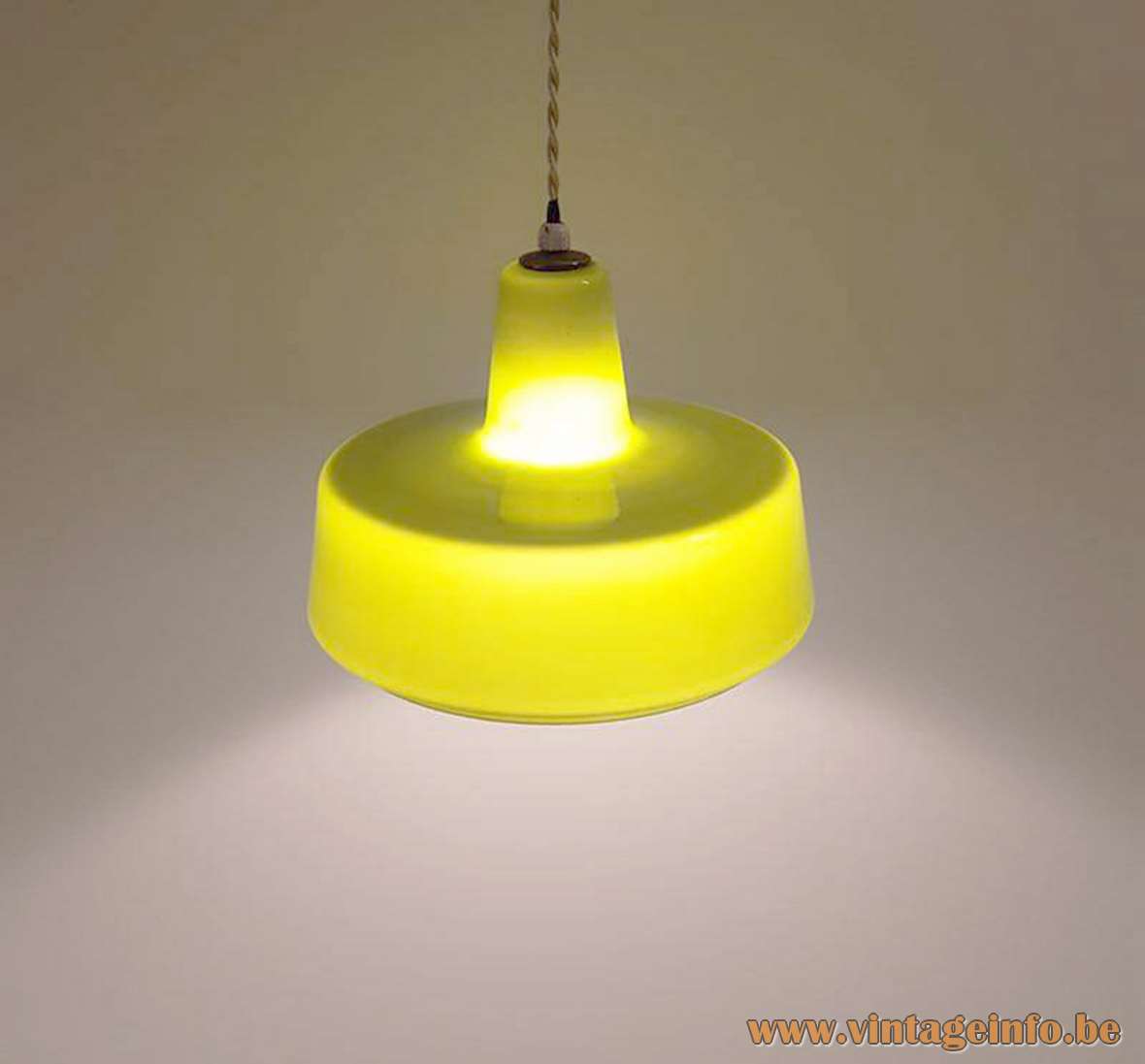 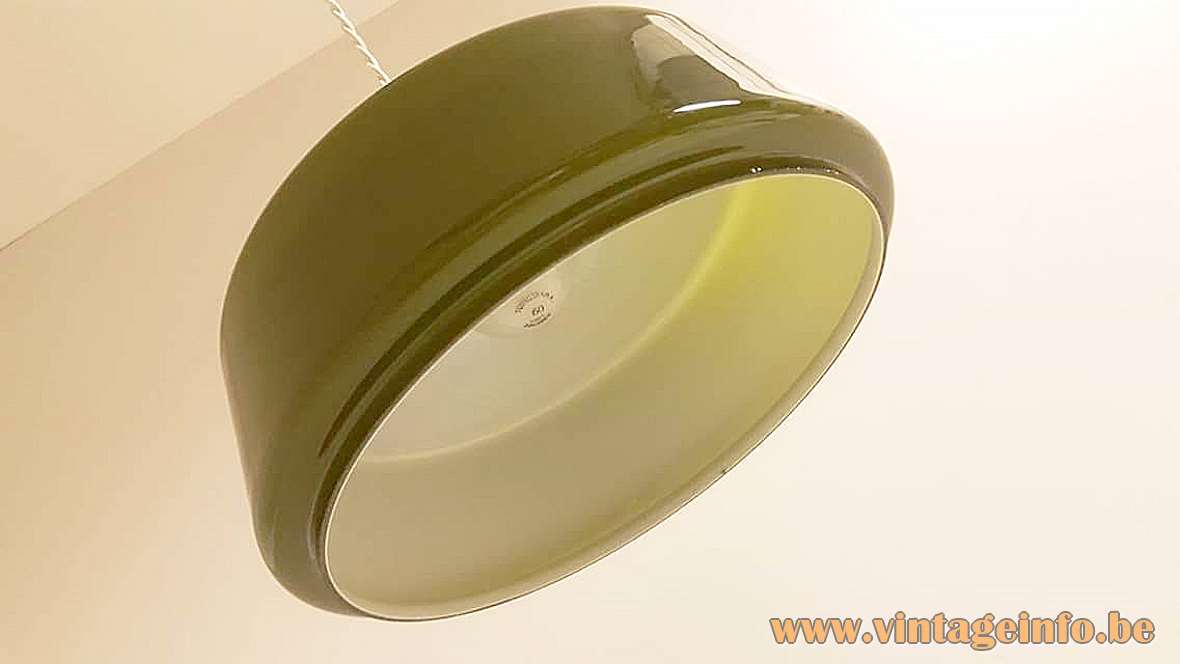 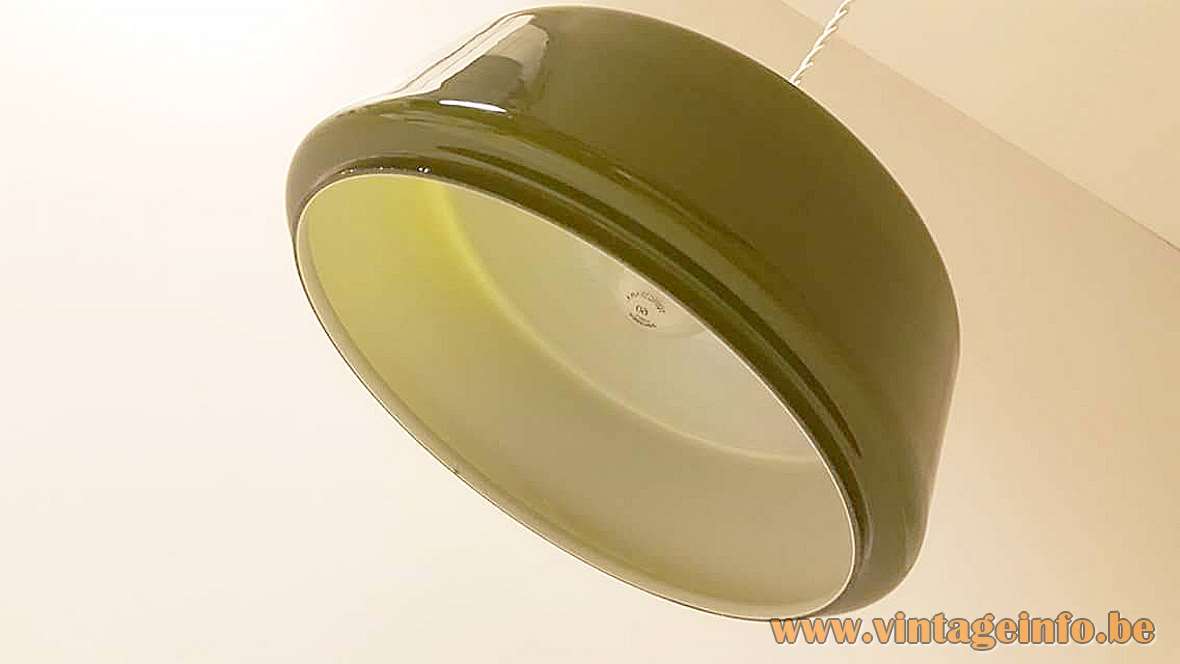 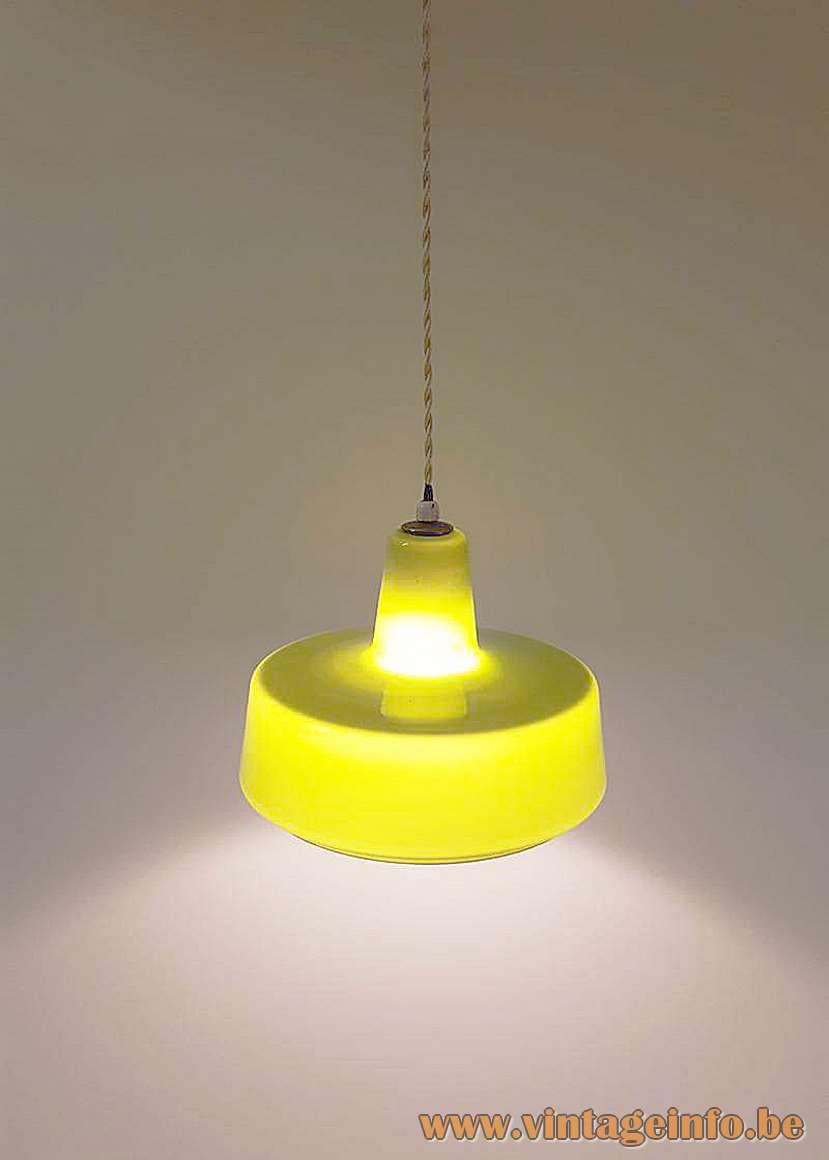 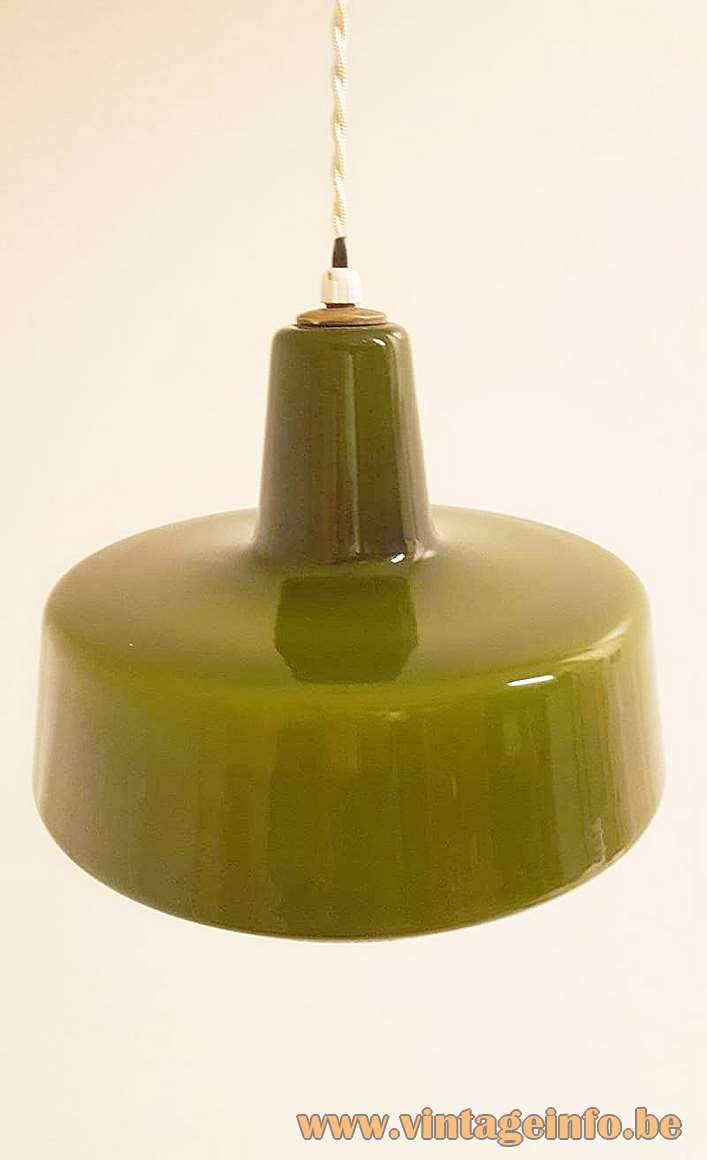 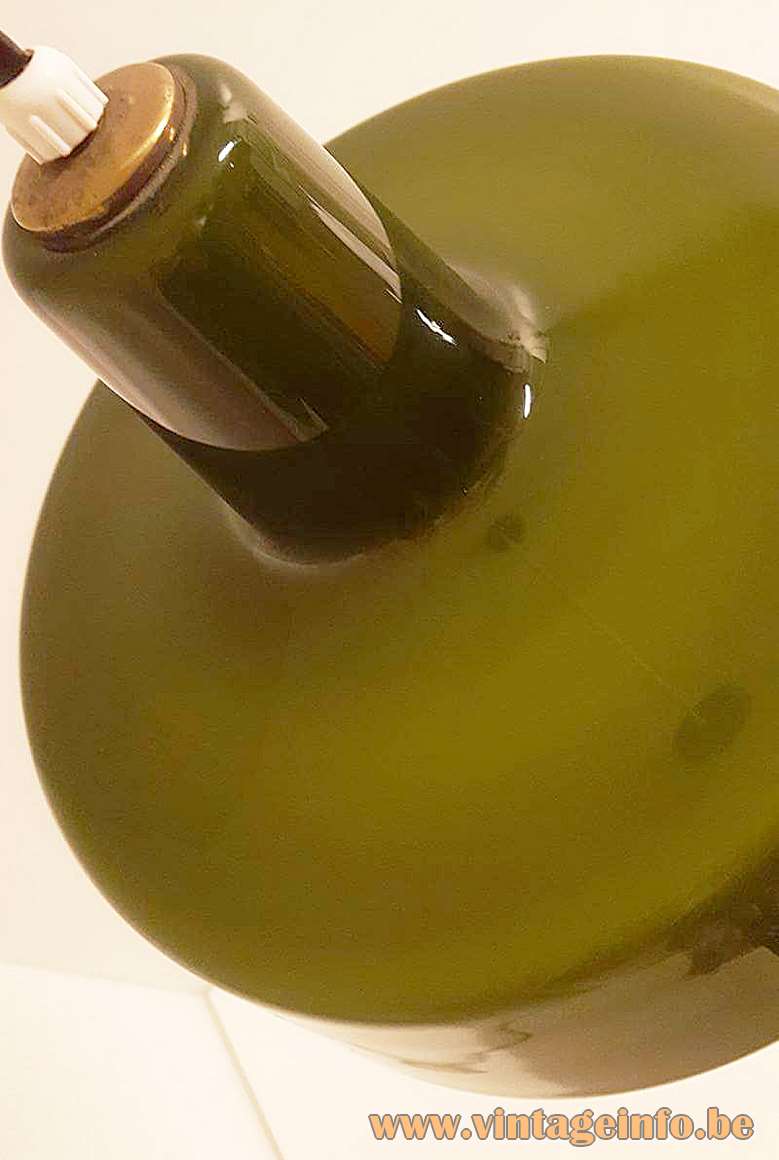 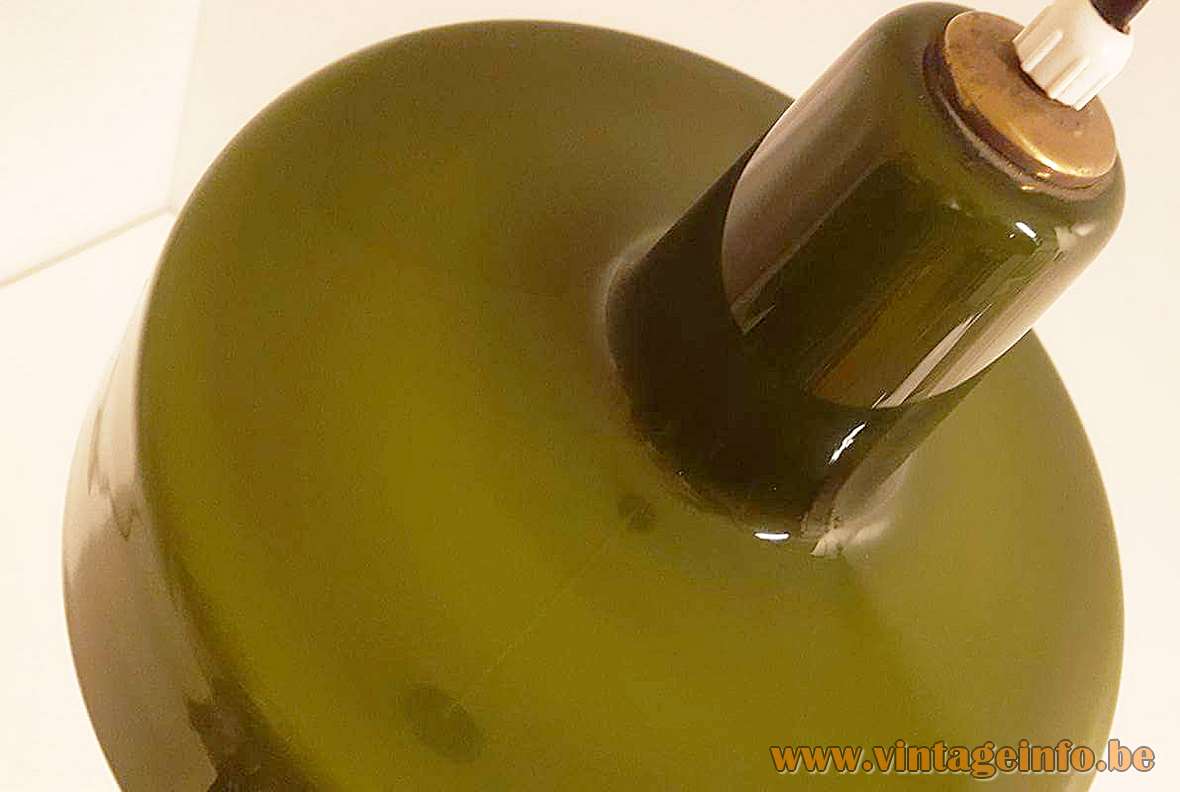 Other versions: This Holmegaard green glass pendant lamp was made in several colours. By this lamp, the colour changes from dark olive green to lime/yellow when the light is on.

During the 20th century, artists such as Jacob Eiler Bang (1899-1965) entered the equation, designing and shaping Holmegaard’s glass products. Designer Per Lütken (1916-98), and Jacob Bang’s son, Michael (1944-2002) joined the firm and brought it to what it is now: a well known company, famous for its high-quality products of Danish design.

Jacob Eiler Bang was born in Fredriksberg, Denmark on 19 December 1899 and studied architecture. He changed quickly to glass design. He first came to the attention of Holmegaards Glasværk at the 1925 Paris exhibition and started working for Holmegaard in 1926. His glass designs received significant acclaim at international exhibitions.

Jacob Eiler Bang designed many lamps for Holmegaard and also for the other famous Danish brand Fog & Morup. Several pendant lamps such as this one have the characteristics of Bang’s designs.

Many thanks to Marjan from Vintage Drachten for the beautiful pictures, and enthusiasm.