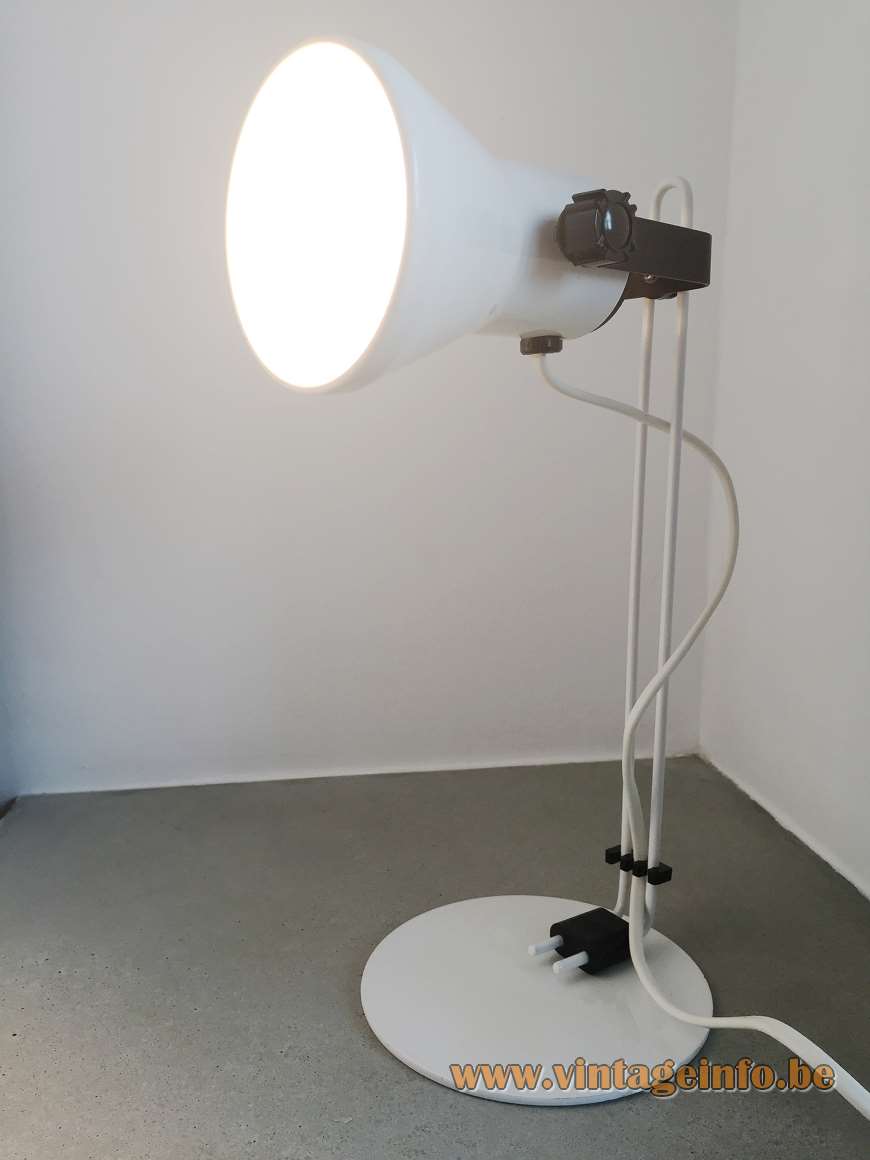 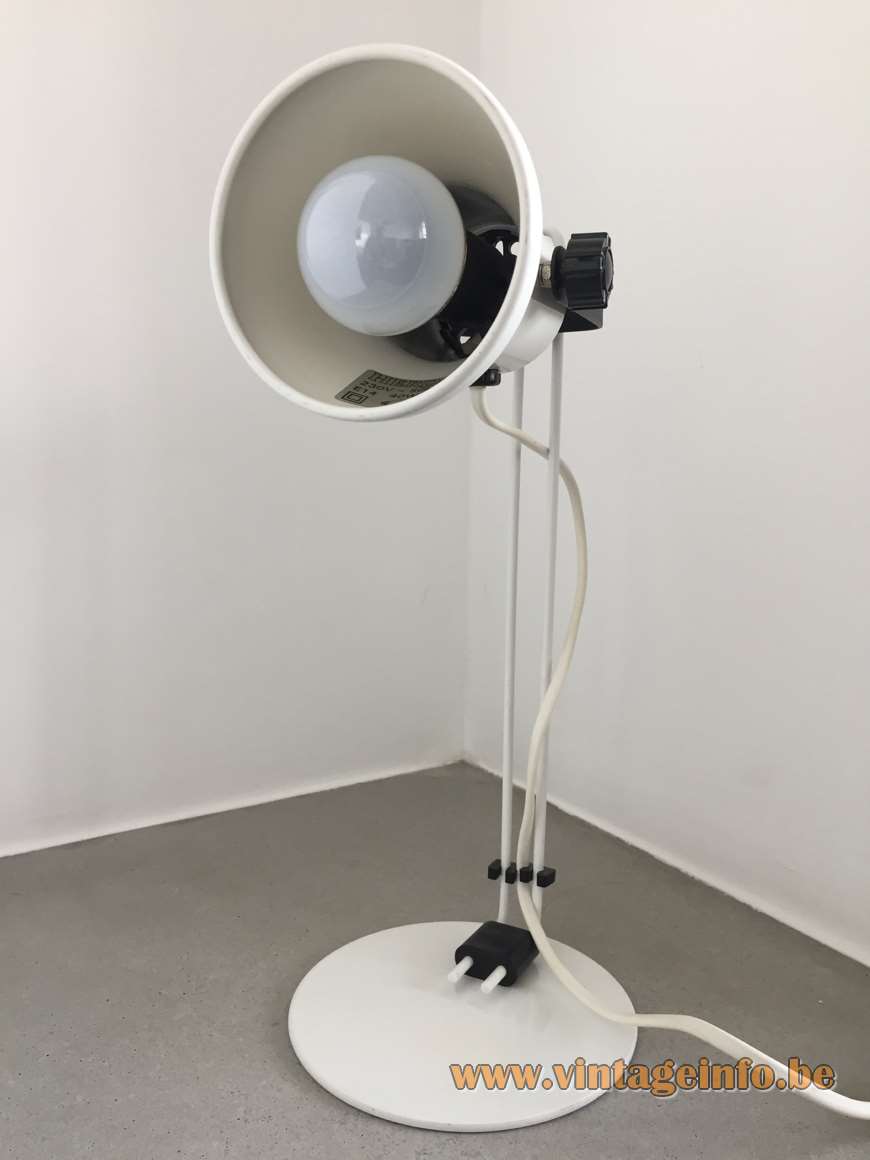 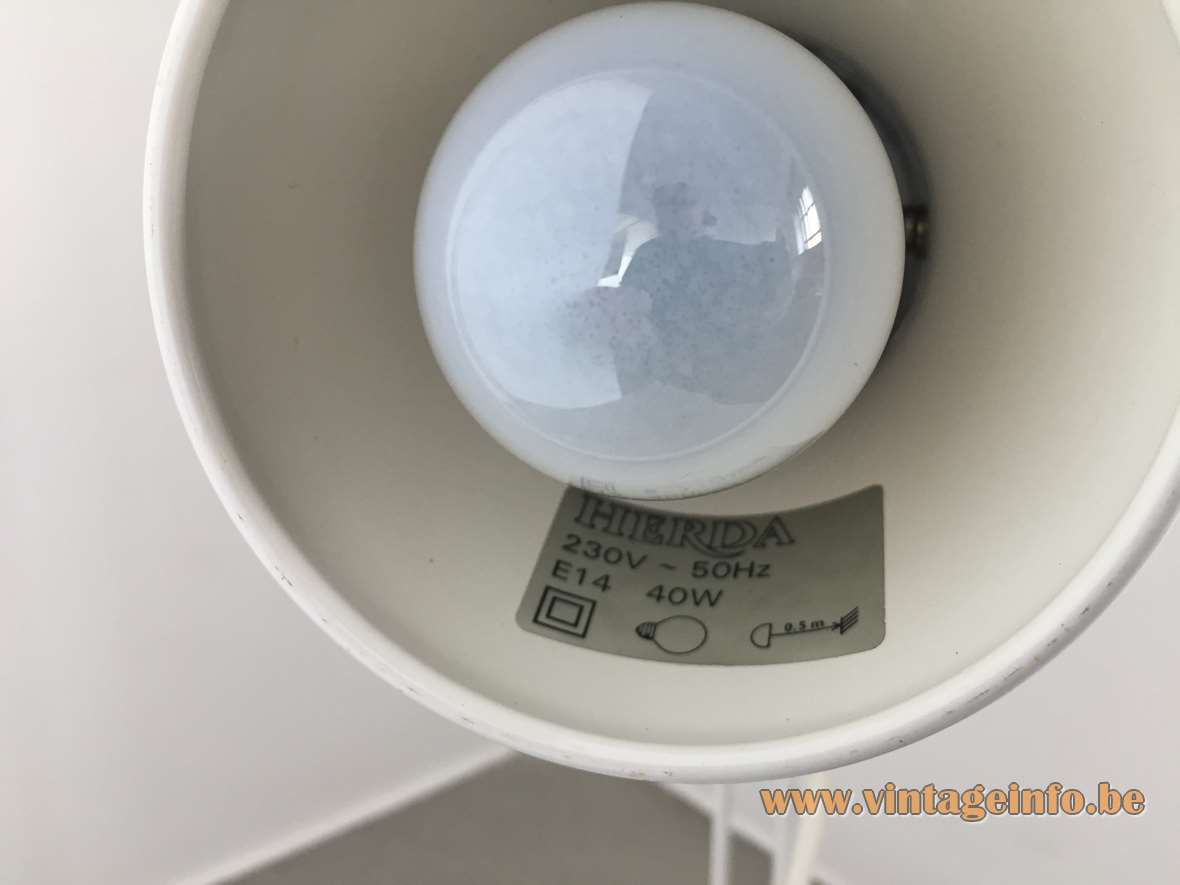 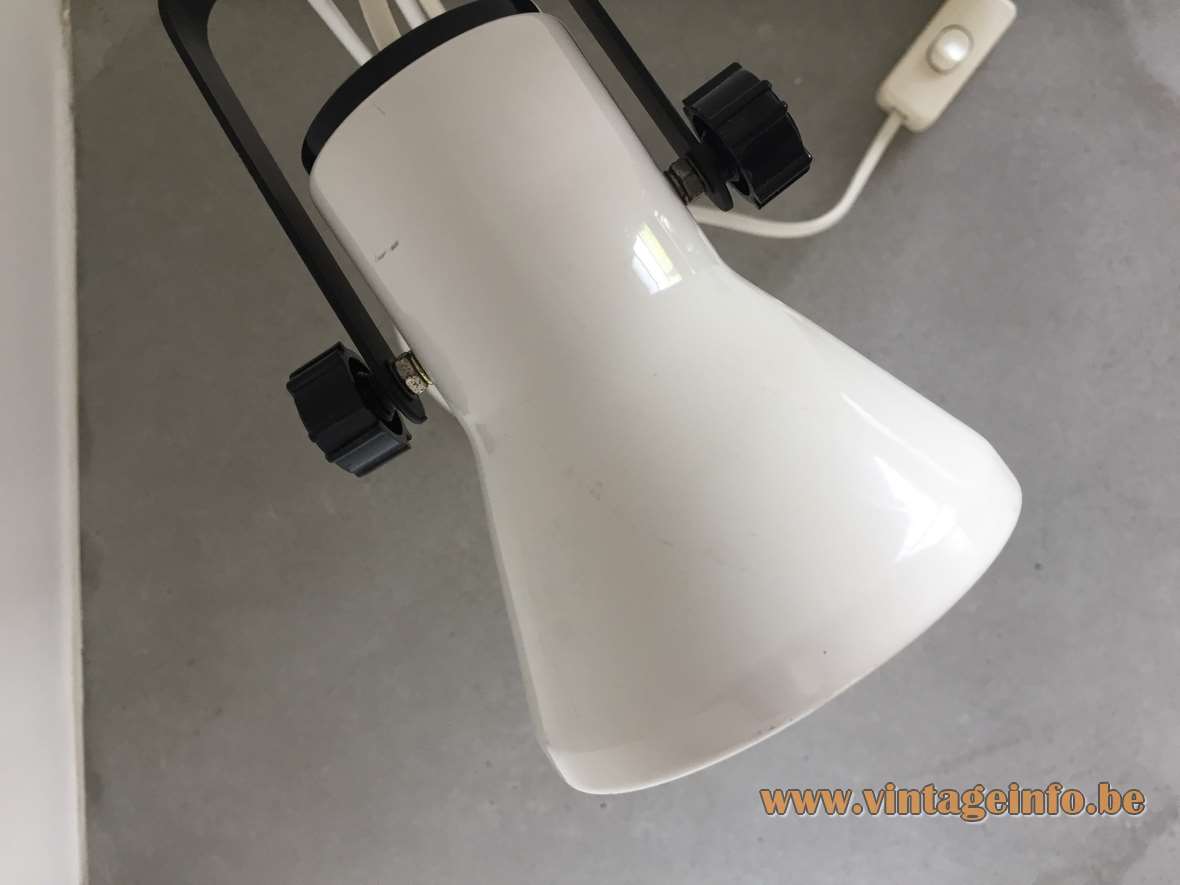 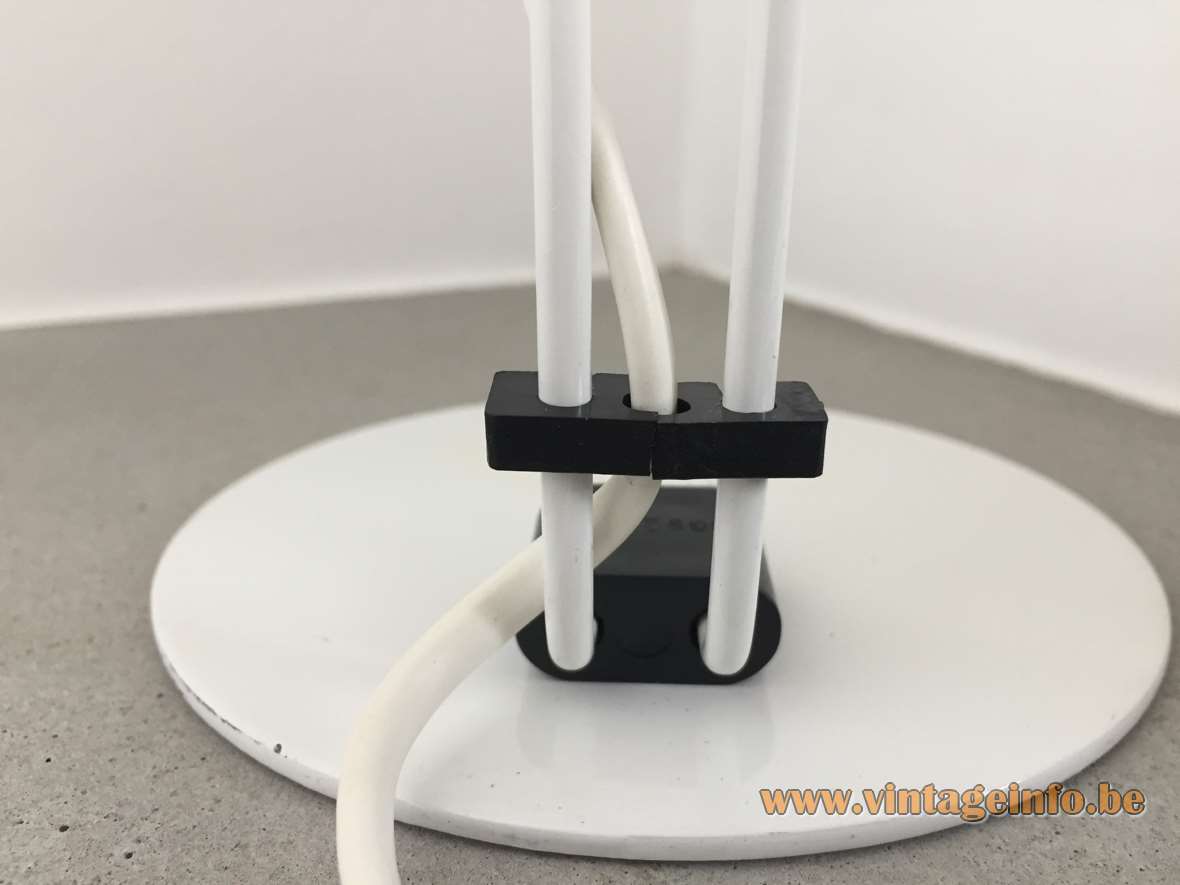 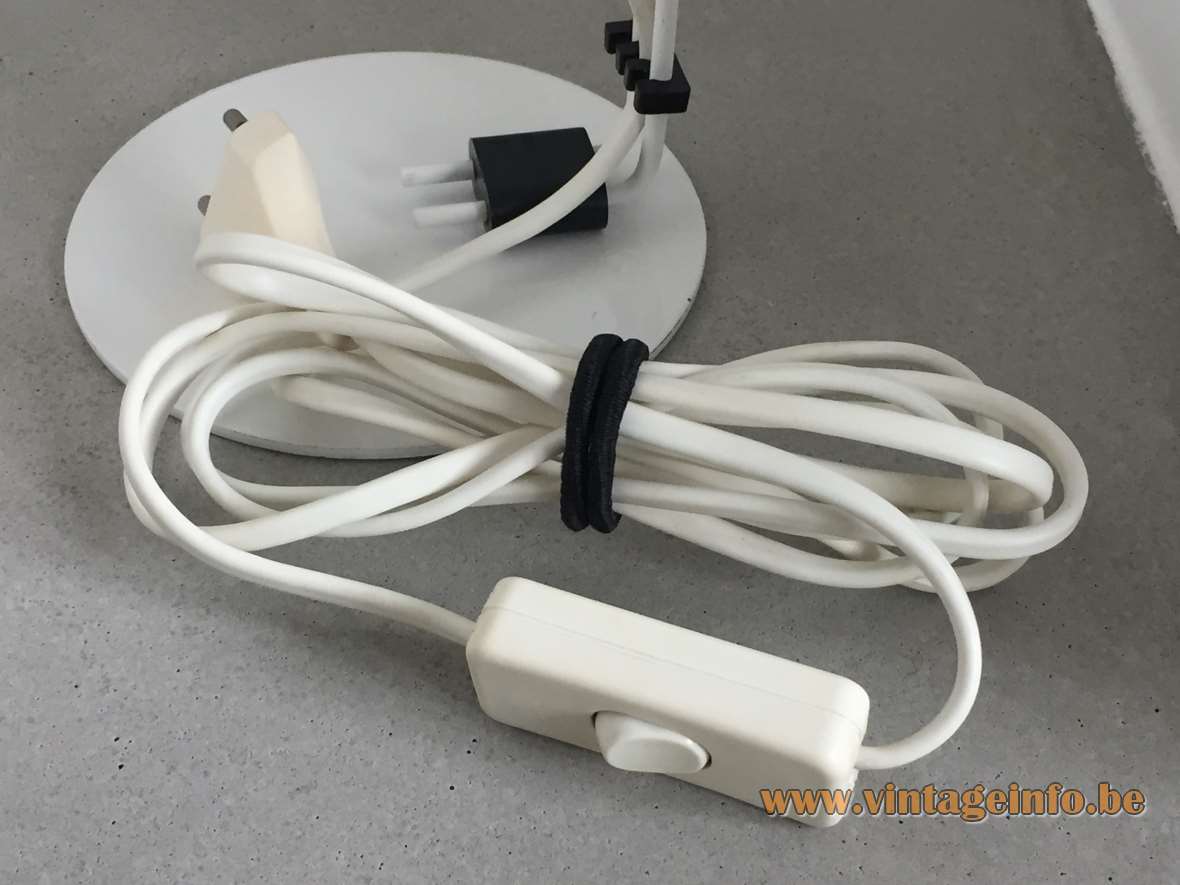 Other versions: This Herda 1980s desk lamp exists in many colours. Several different lamps were produced, all with the same base but with a another lampshade.

In The Netherlands these desk lamps were sold by Herda Verlichting BV from Amsterdam. This desk lamp has a Herda label.

Massive sold them in Belgium and some other European countries.

All the electric parts were made in the late 1980s, 1990s by VLM Components from Buccinasco near Milan in Italy.

Many thanks to Sven for the pictures and enthusiasm.