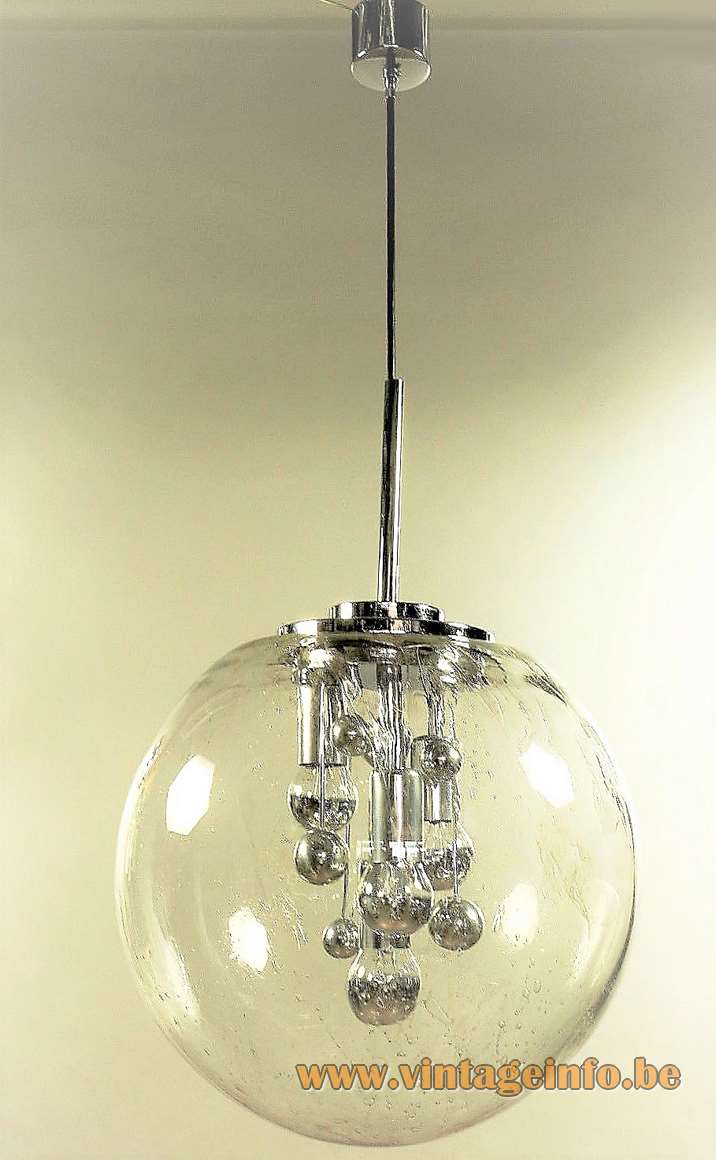 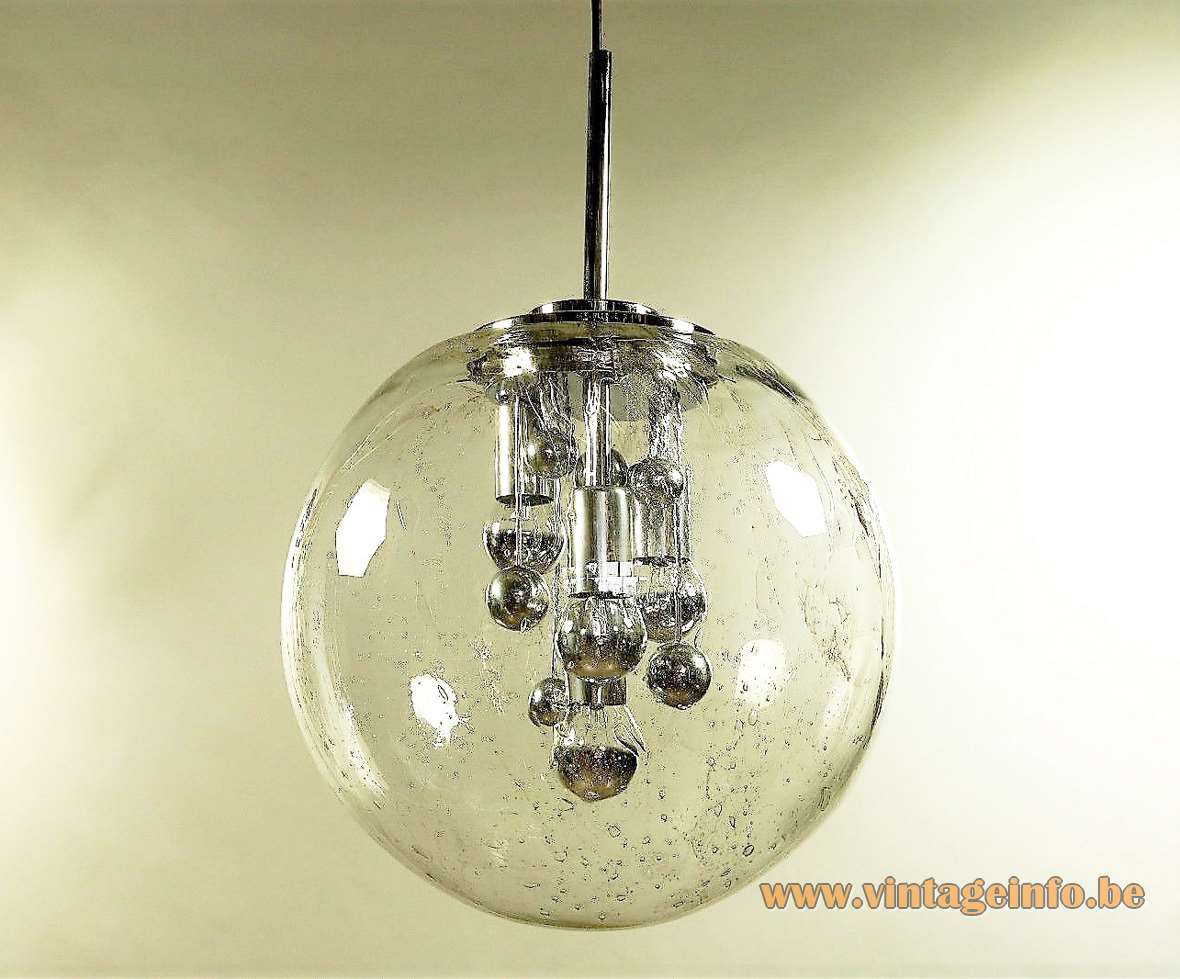 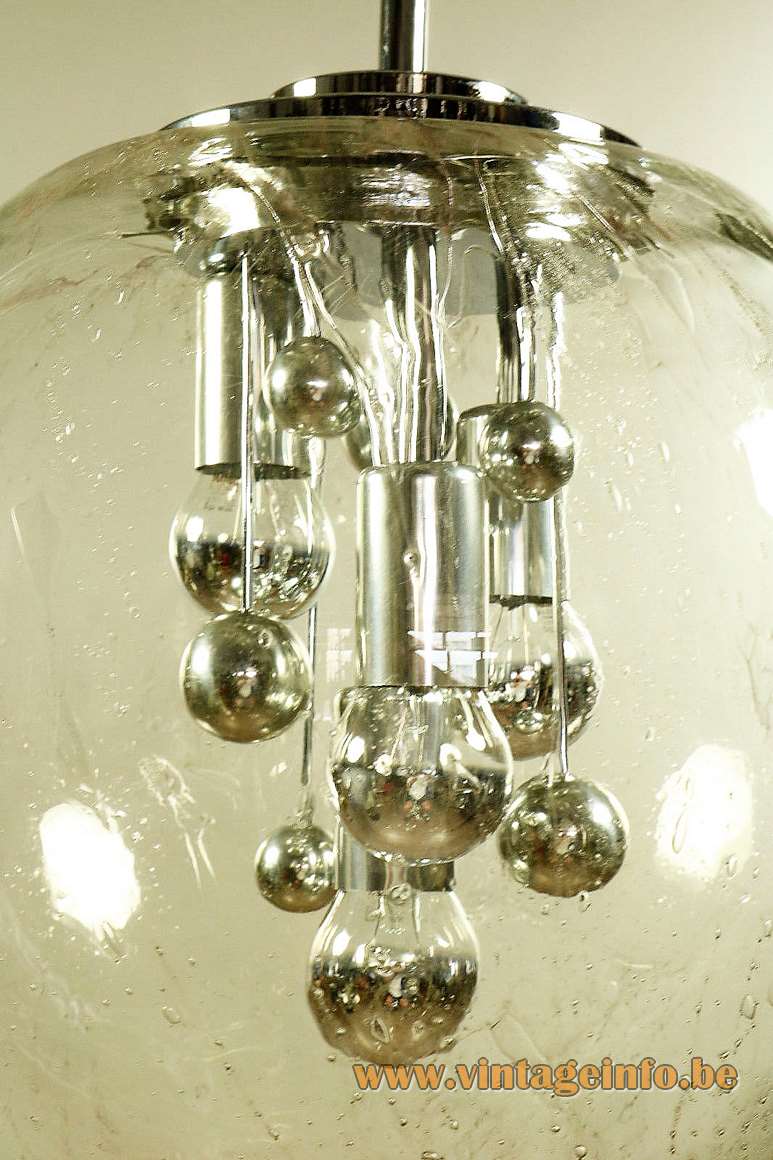 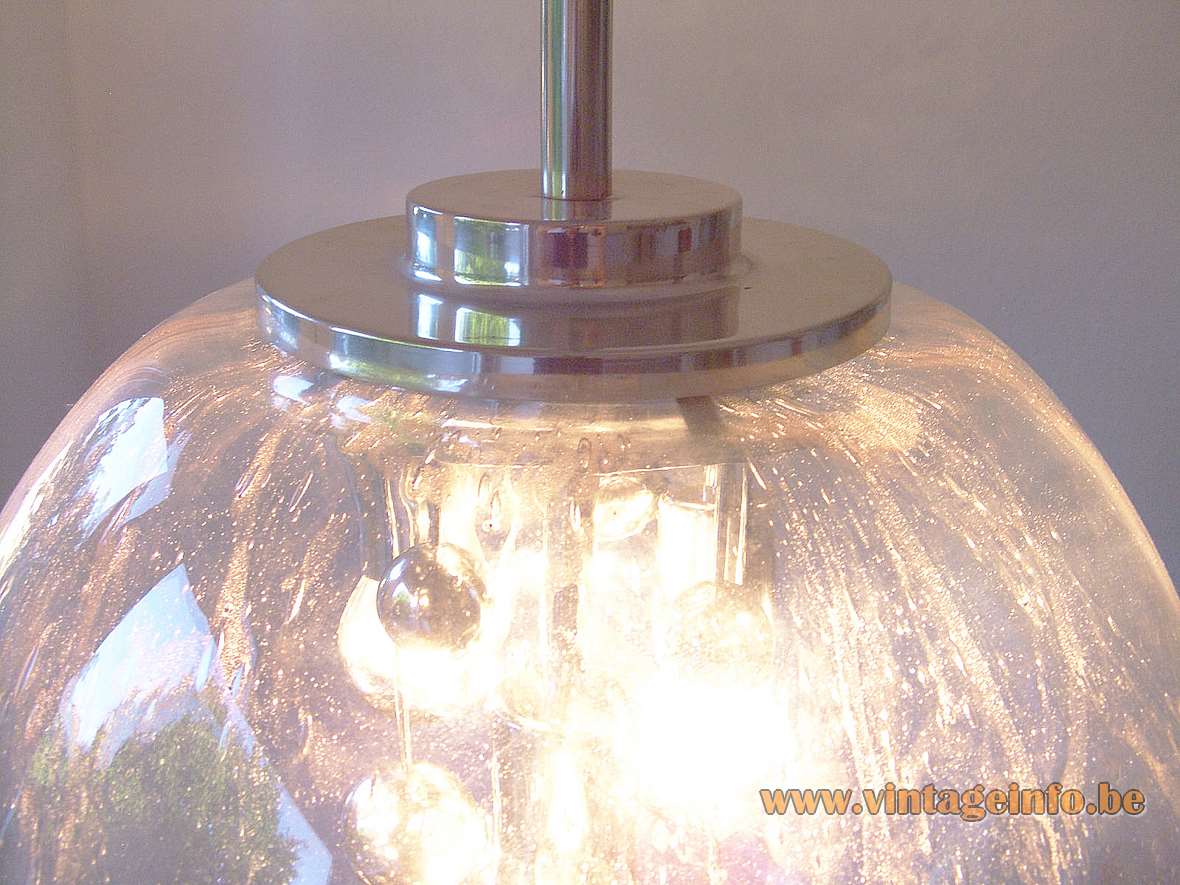 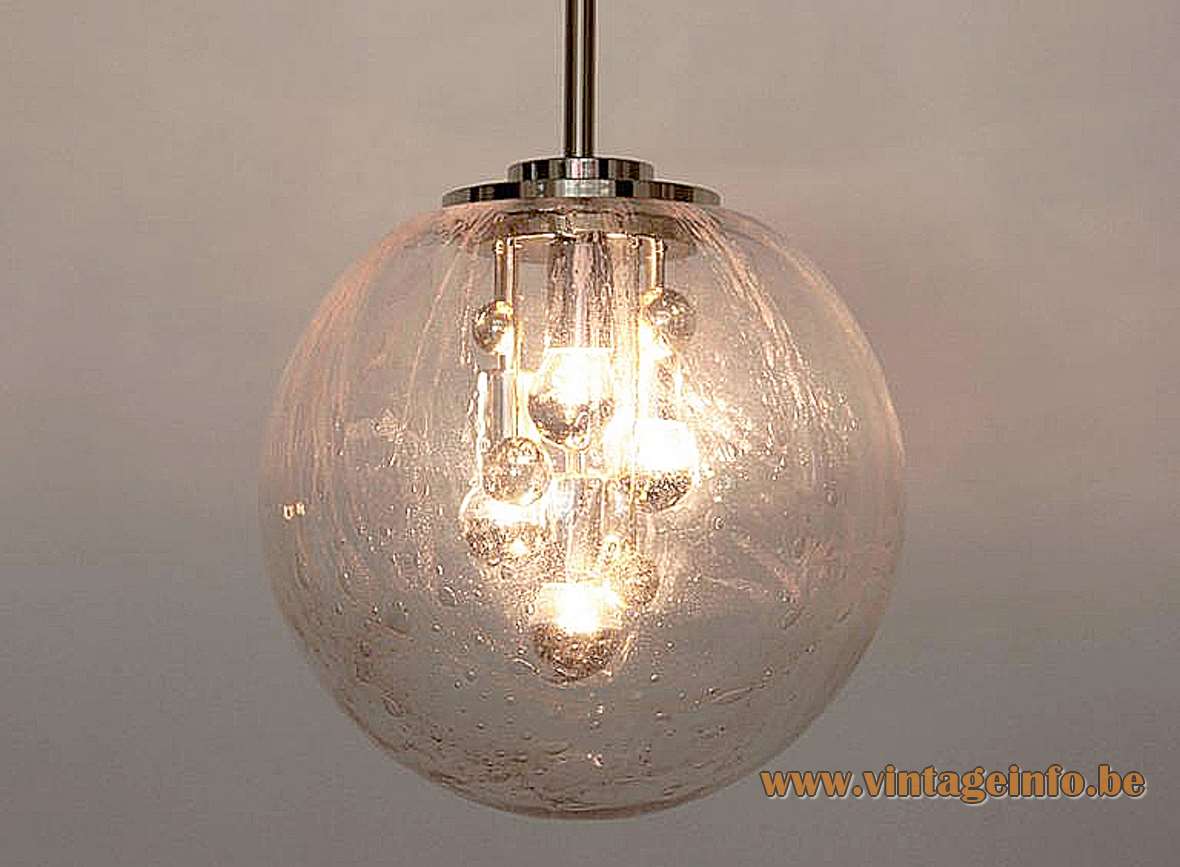 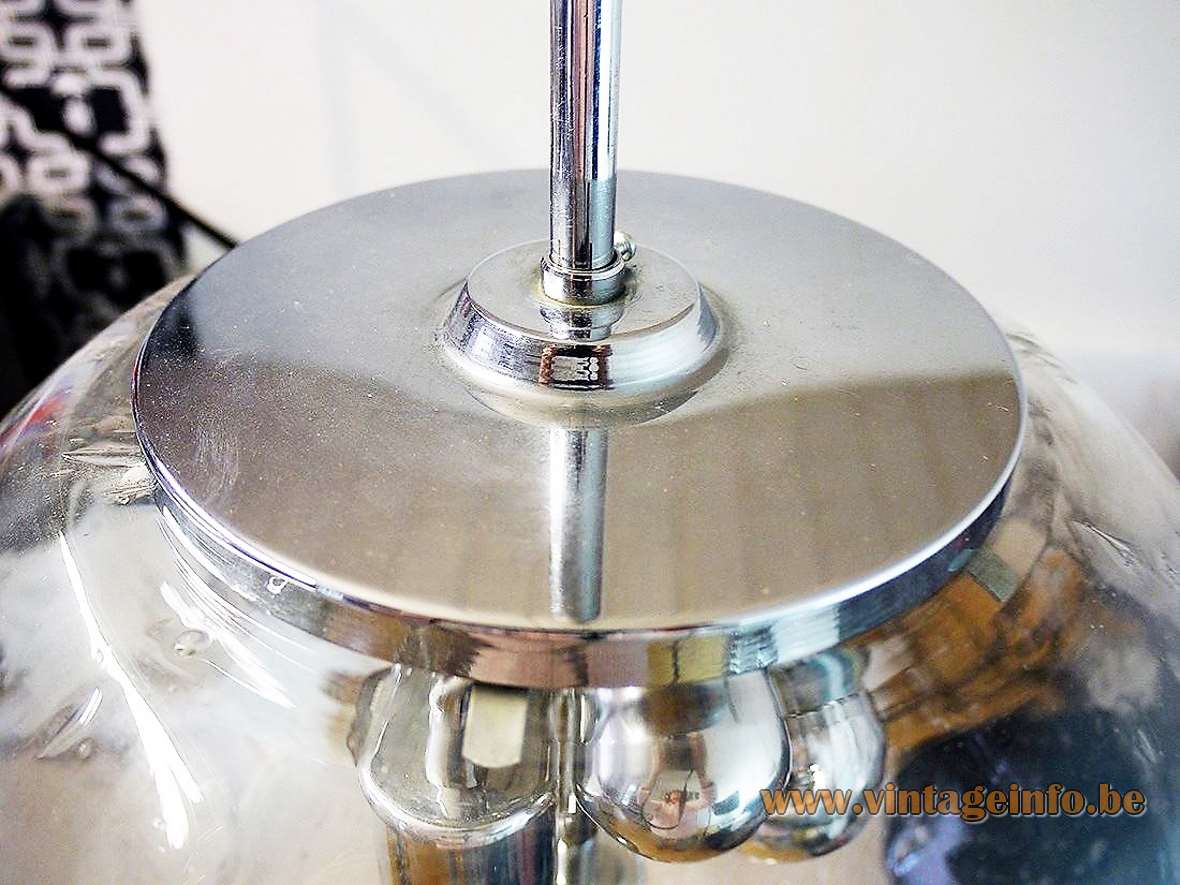 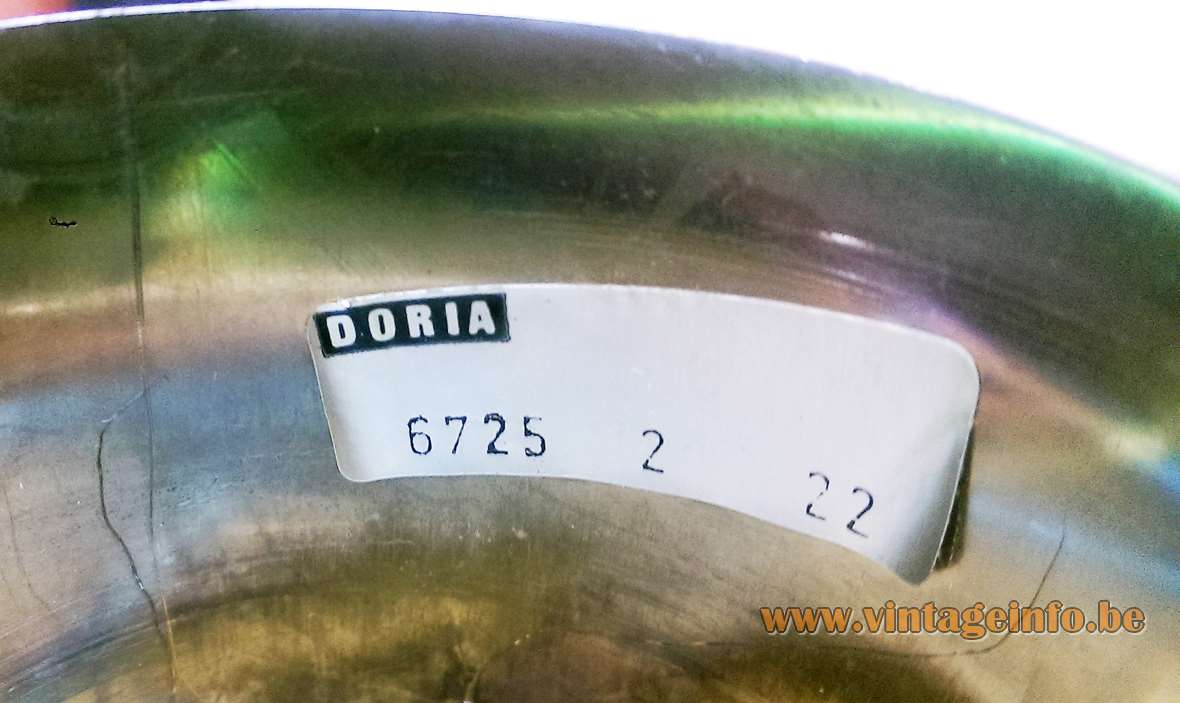 Other versions: This sputnik globe pendant lamp exists in many forms and sizes. It was also made as a flush mount and a table lamp. This pendant lamp is model 6725 and it was produced in the 70’s.

DORIA no longer exists. The company was declared bankrupt in 1986.