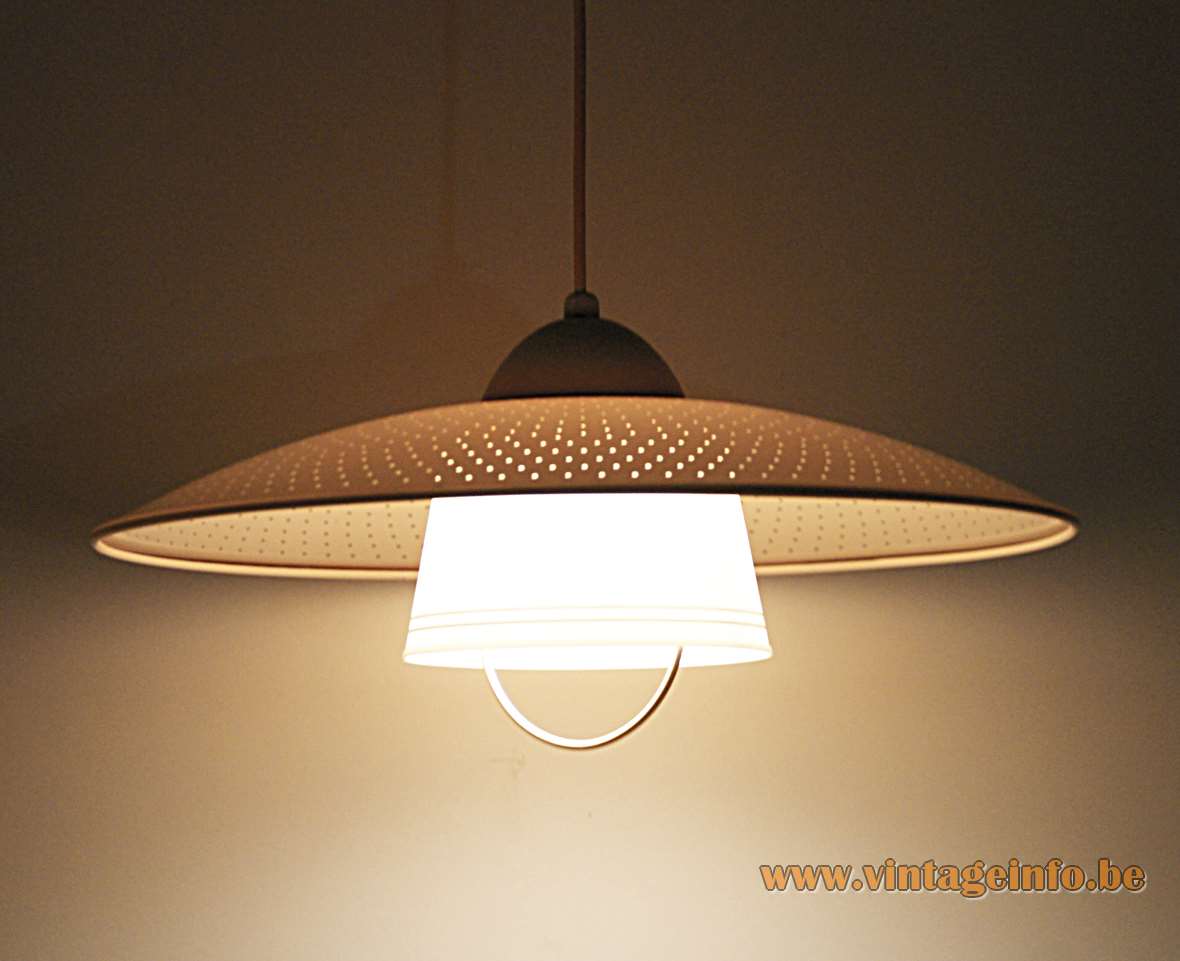 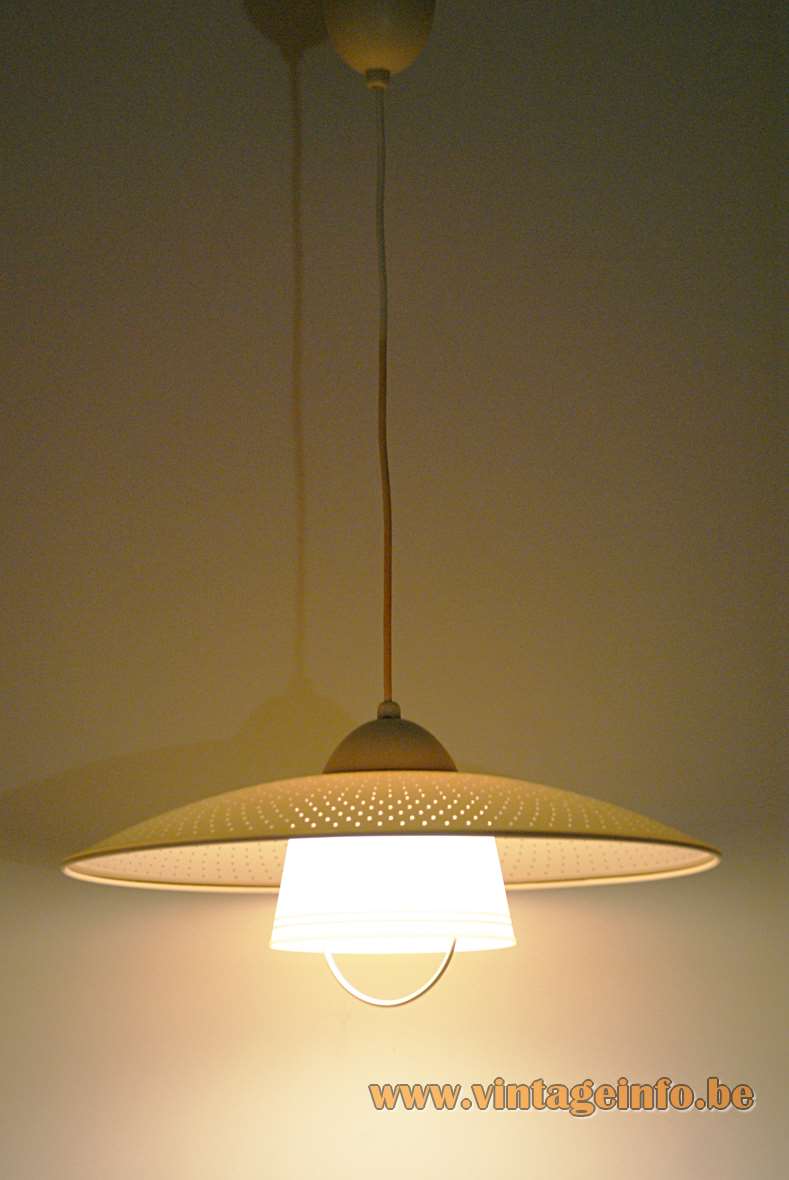 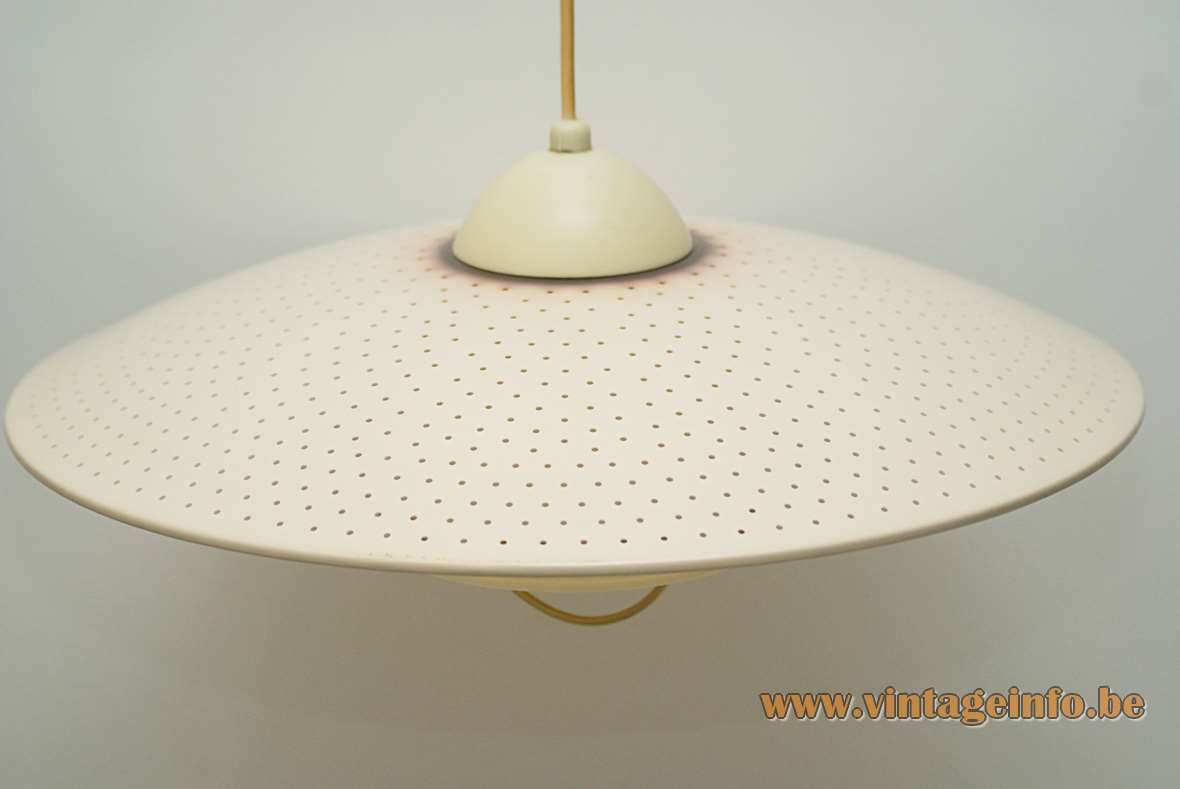 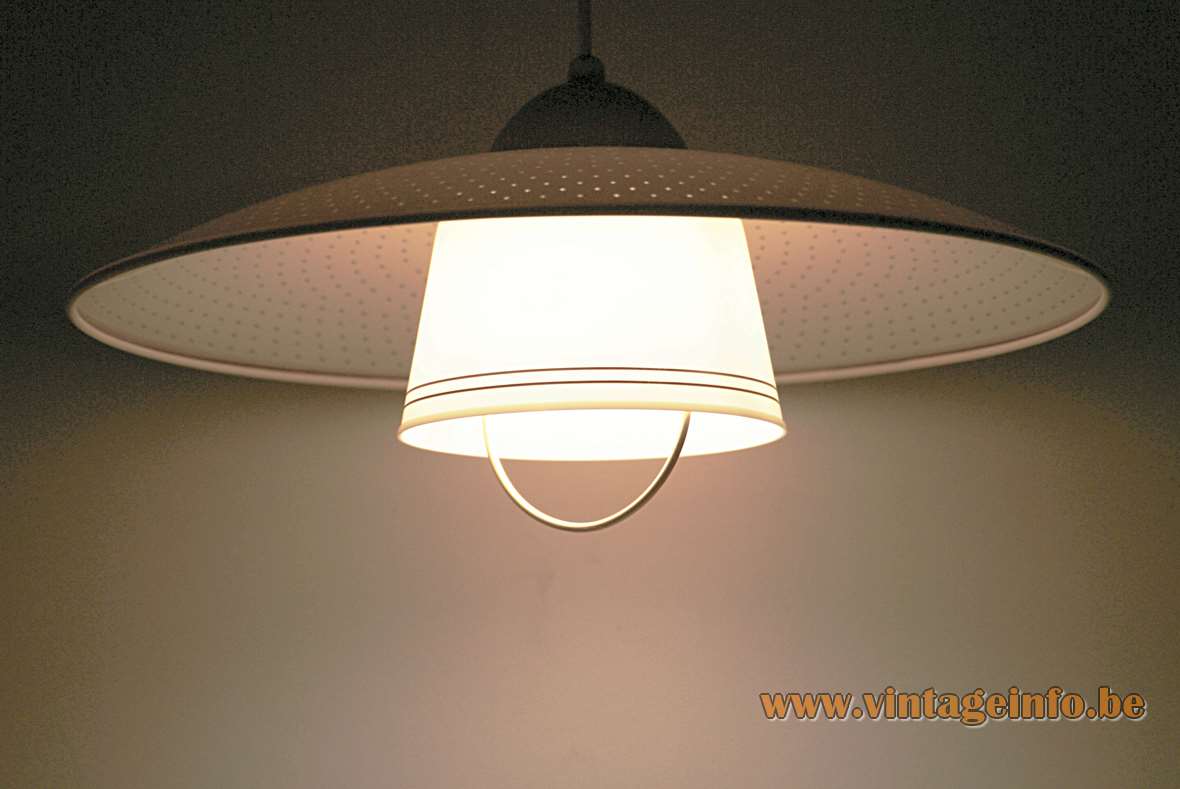 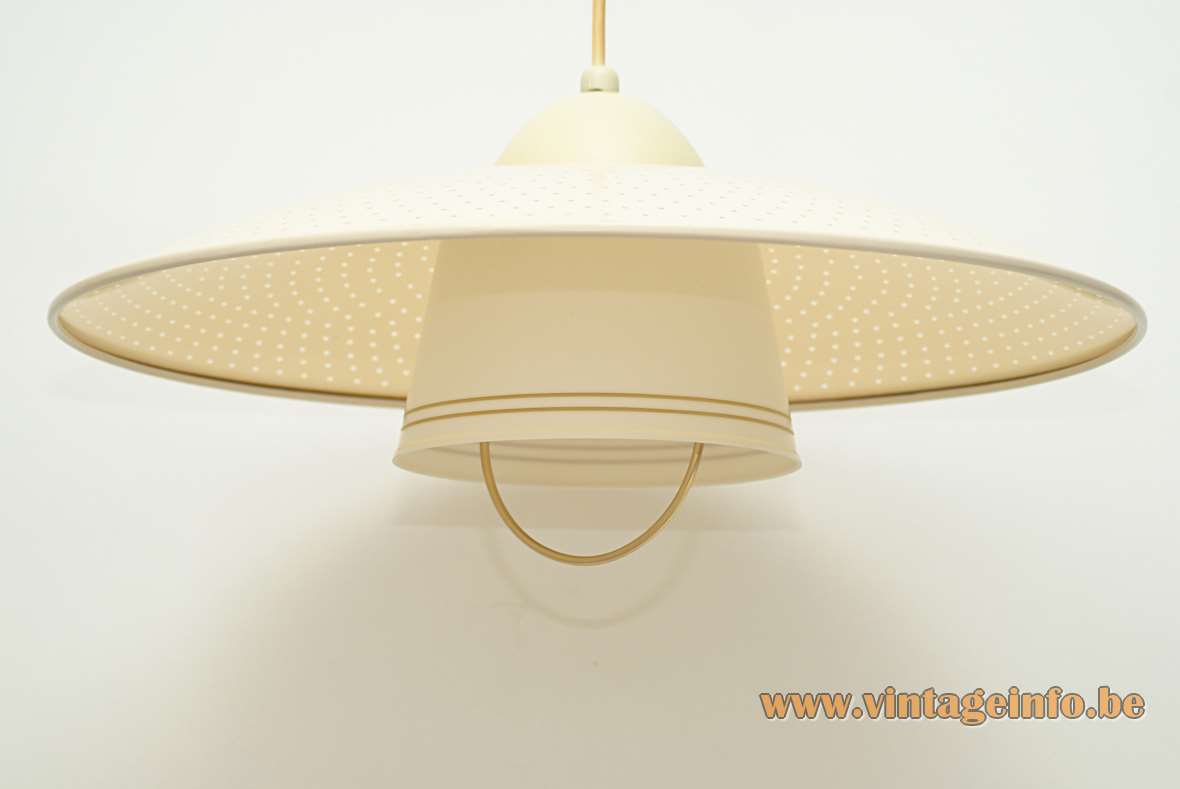 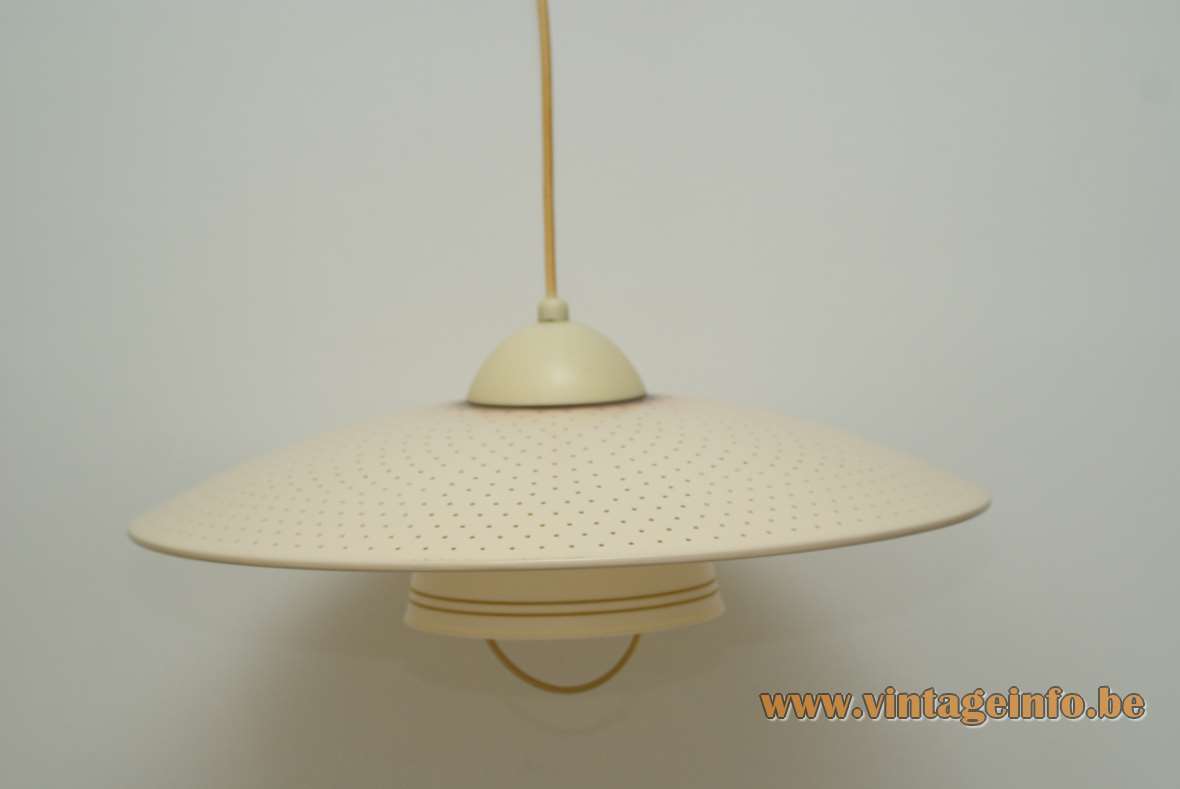 Other versions: The mechanism of this ERCO rise & fall pendant lamp was used for many lamps. It is the “trademark” of the company. Probably this lamp exists in several colours.

The company is still in family ownership. During the early years, ERCO produced parts for lamps. In particular a spring-supported rise & fall retracting mechanism, as you can see with this pendant lamp. It was a big success.

In the 1930’s the industrial production of complete luminaires was started. After the Second World War Arnold Reininger and Karl Reeber continued the company, co-founder Paul Buschhaus had died in the war. 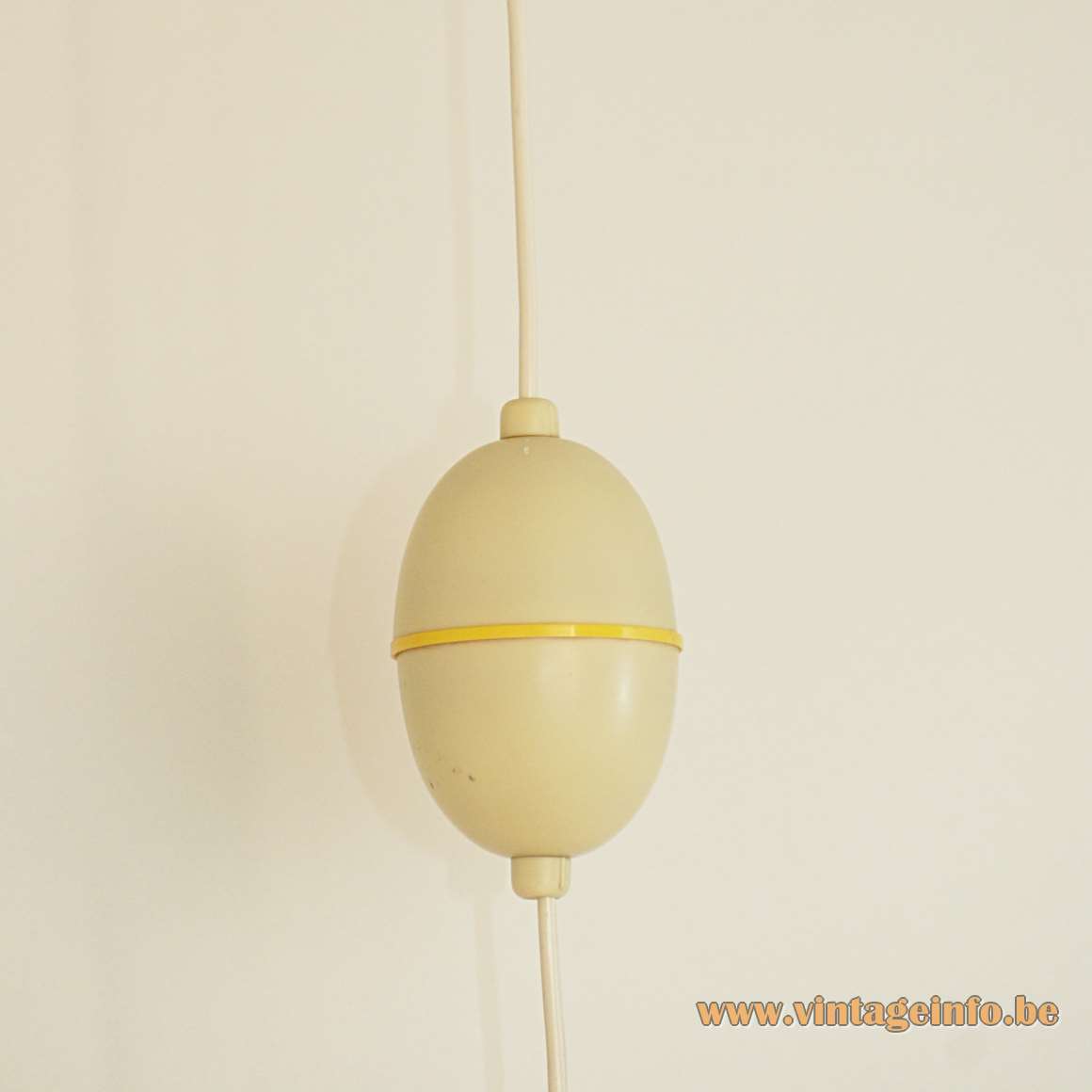 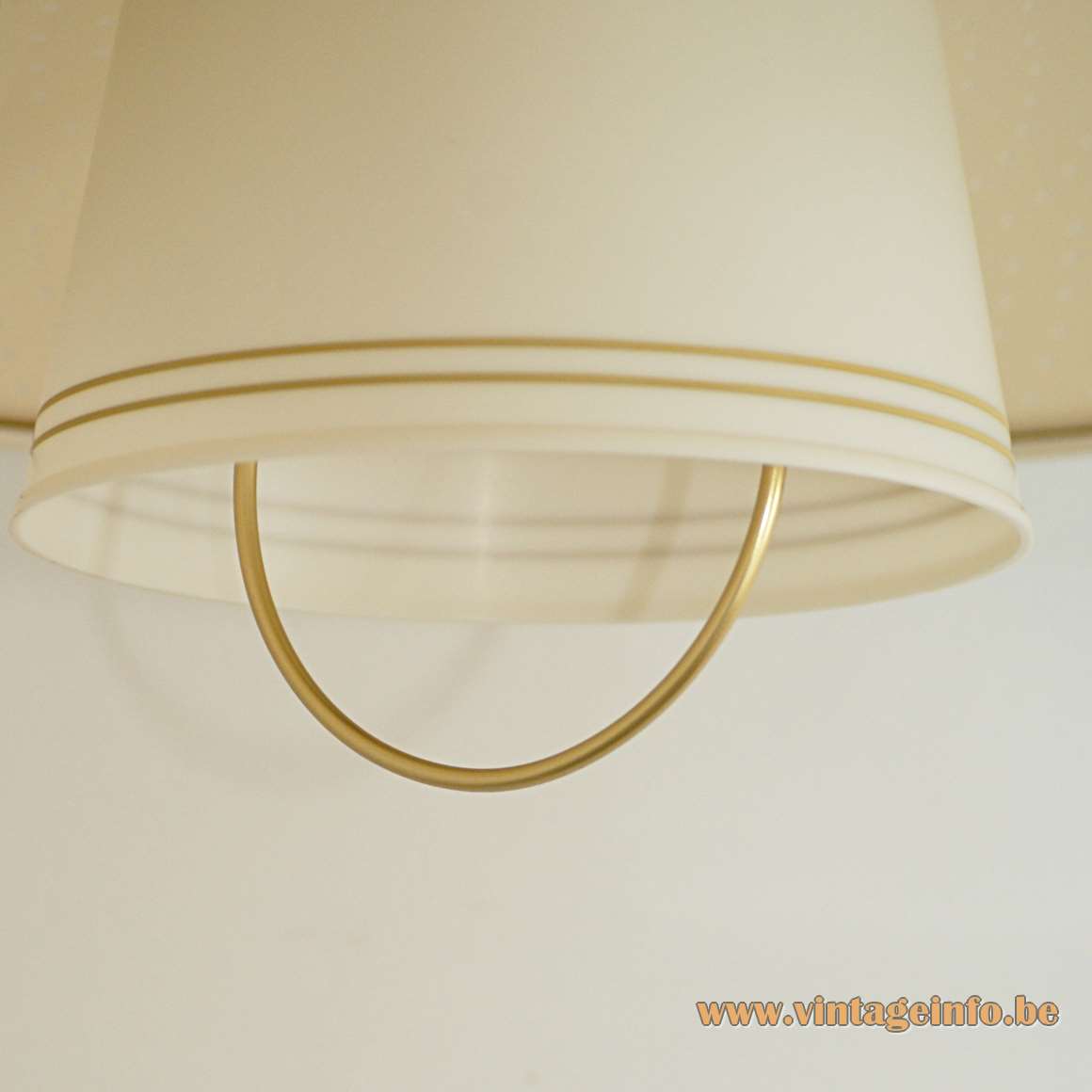 1970s Orange Acrylic Rise & Fall Pendant Lamp
Hans-Agne Jakobsson White Chandelier
1930s Dish Stars Chandelier
Palwa Brass And Crystal Glass Chandelier
Vintageinfo uses cookies to improve the functioning of this website. First party cookies (cookies for our statistics) and the “Last Viewed” cookie is obvious. The other cookies are from Google. Nothing to be worried about, but we have to mention it. You can opt-out or block the cookies, no problem, the website will be available, only the “Last viewed” items won’t be visible.Accept Read More
Privacy & Cookies Policy
Necessary Always Enabled