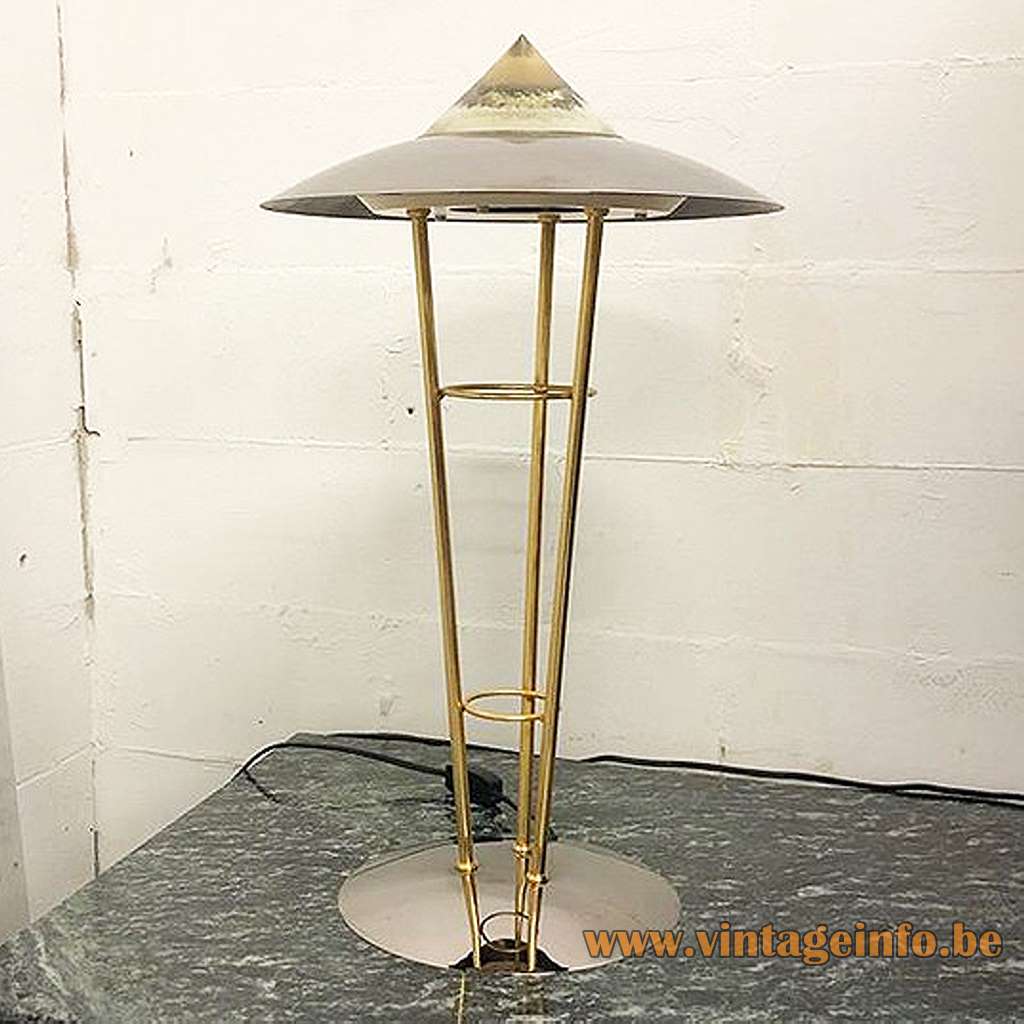 Materials: Round chromed metal (iron) base. 3 brass rods and 2 rings. Round chrome lampshade with a embossed glass cone on top. Some metal and plastic parts. Porcelain G5 socket.

Other versions: In all probability, this conical 1980s Herda table lamp was made in some varieties. This lamp was at least also made in dark chrome and maroon. It is equipped with a dimmer and it is a heavy lamp, it weights 2,6 kilo / 5.73 lb.

Also, a chandelier with two turned around lampshades exists.

A typical lamp in the Memphis style from the late 80’s, early 90’s. In all probability sold by Herda, but not made by the company. Since the 1980’s Herda sold many lamps produced by others.

Many thanks to David of Brocanteurs Amsterdam for the pictures and enthusiasm.