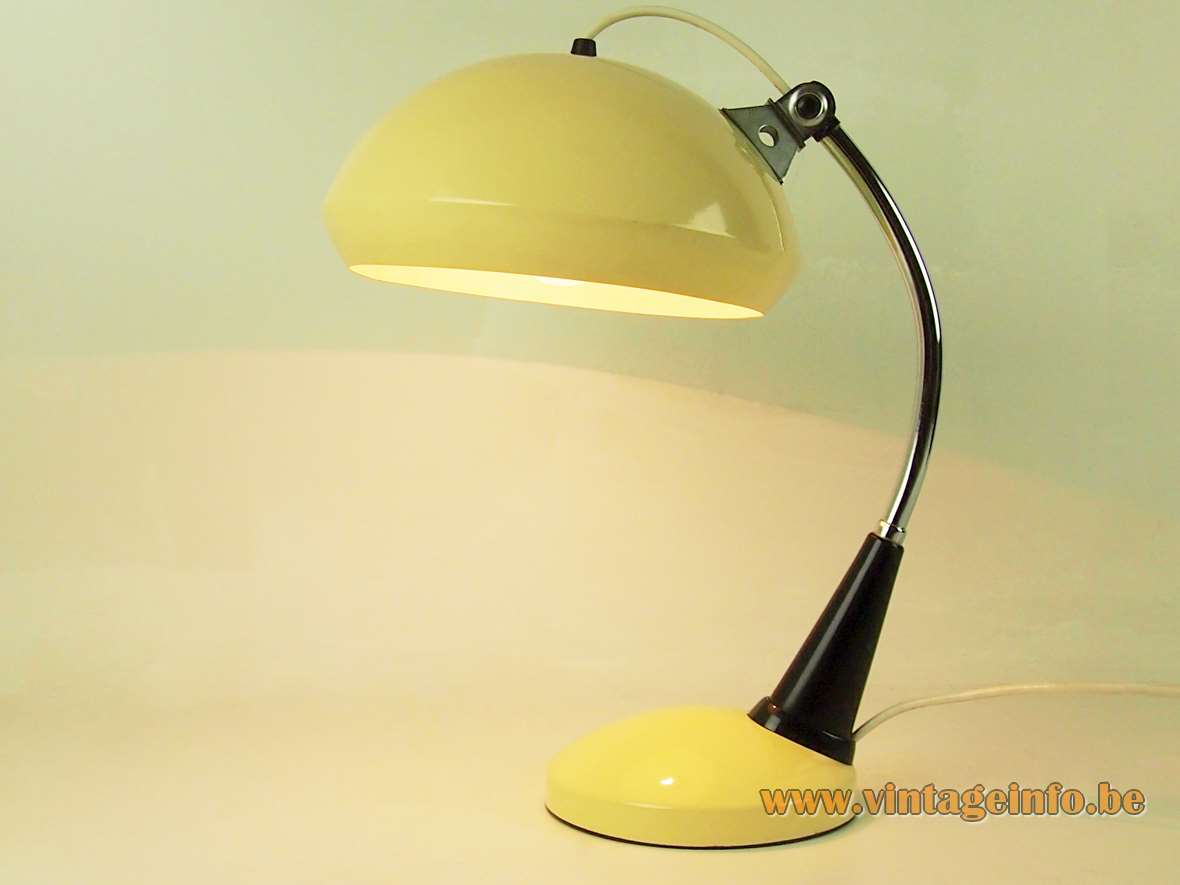 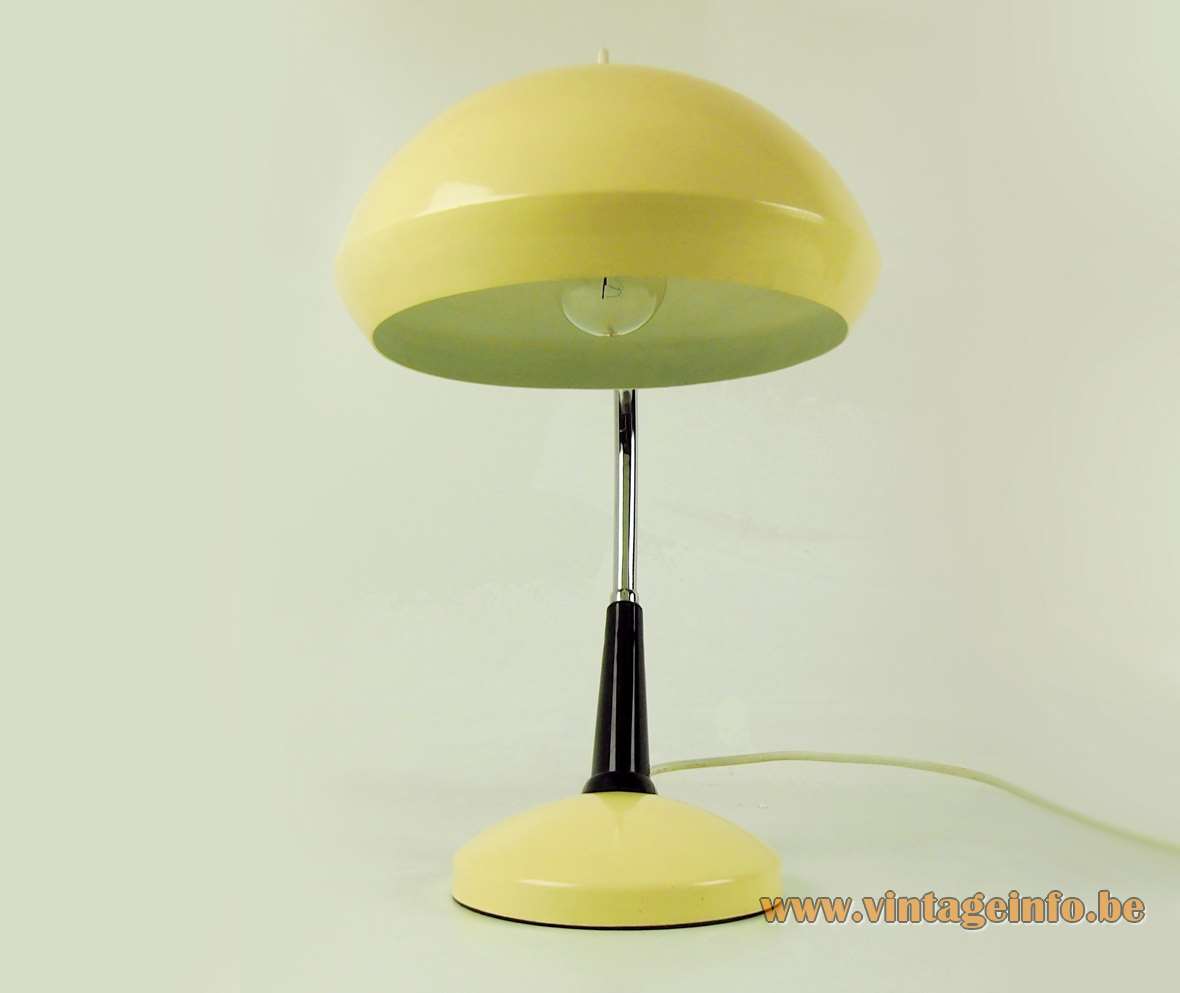 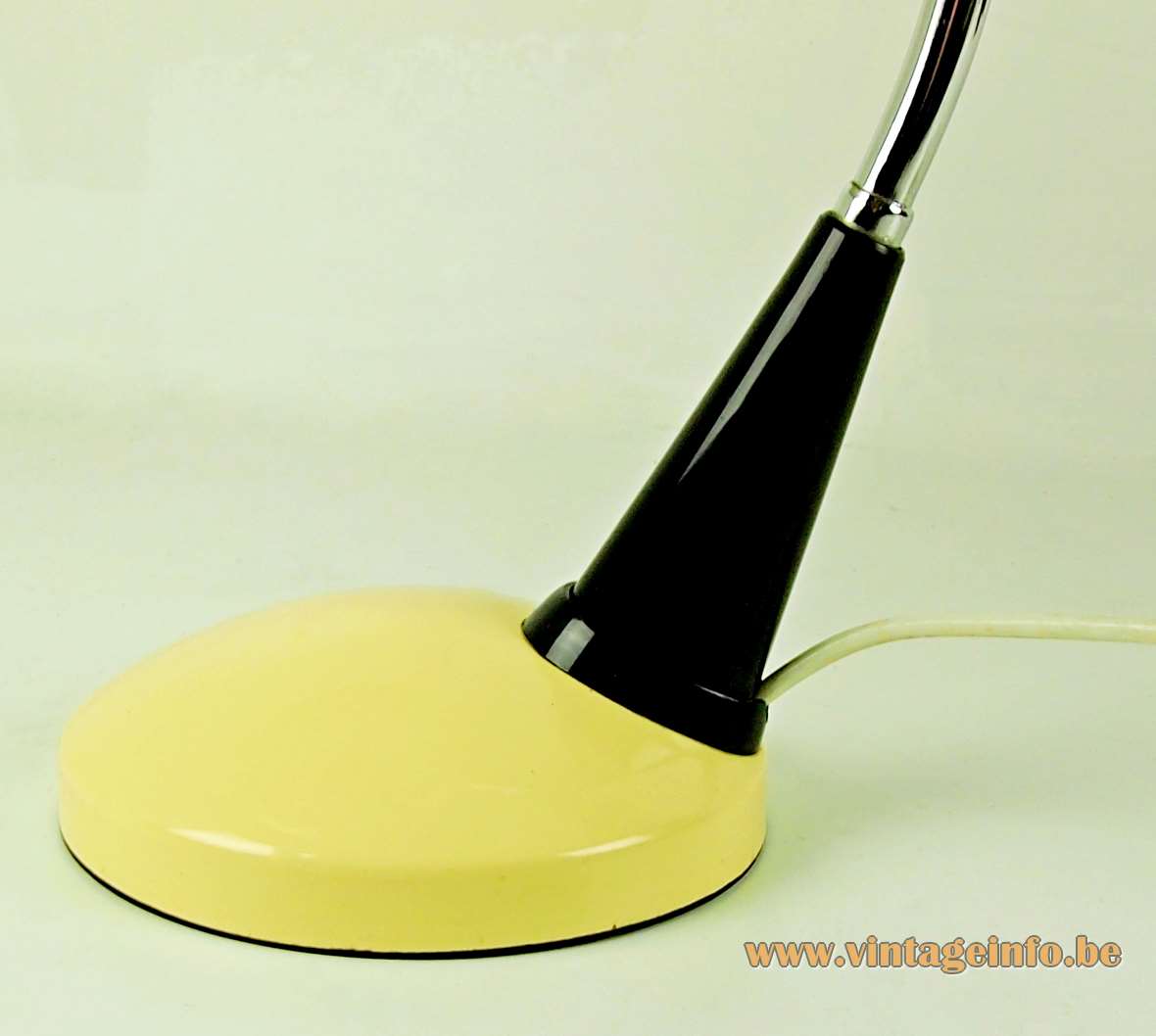 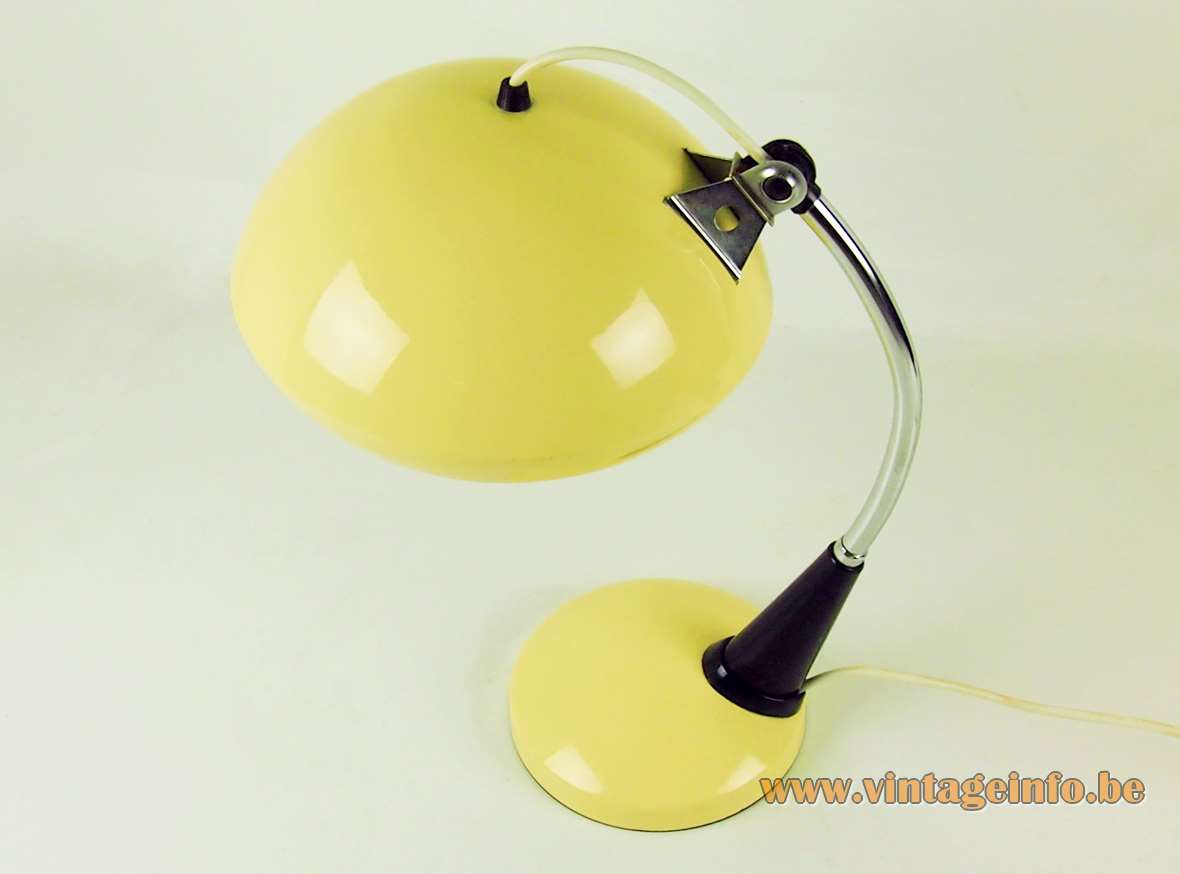 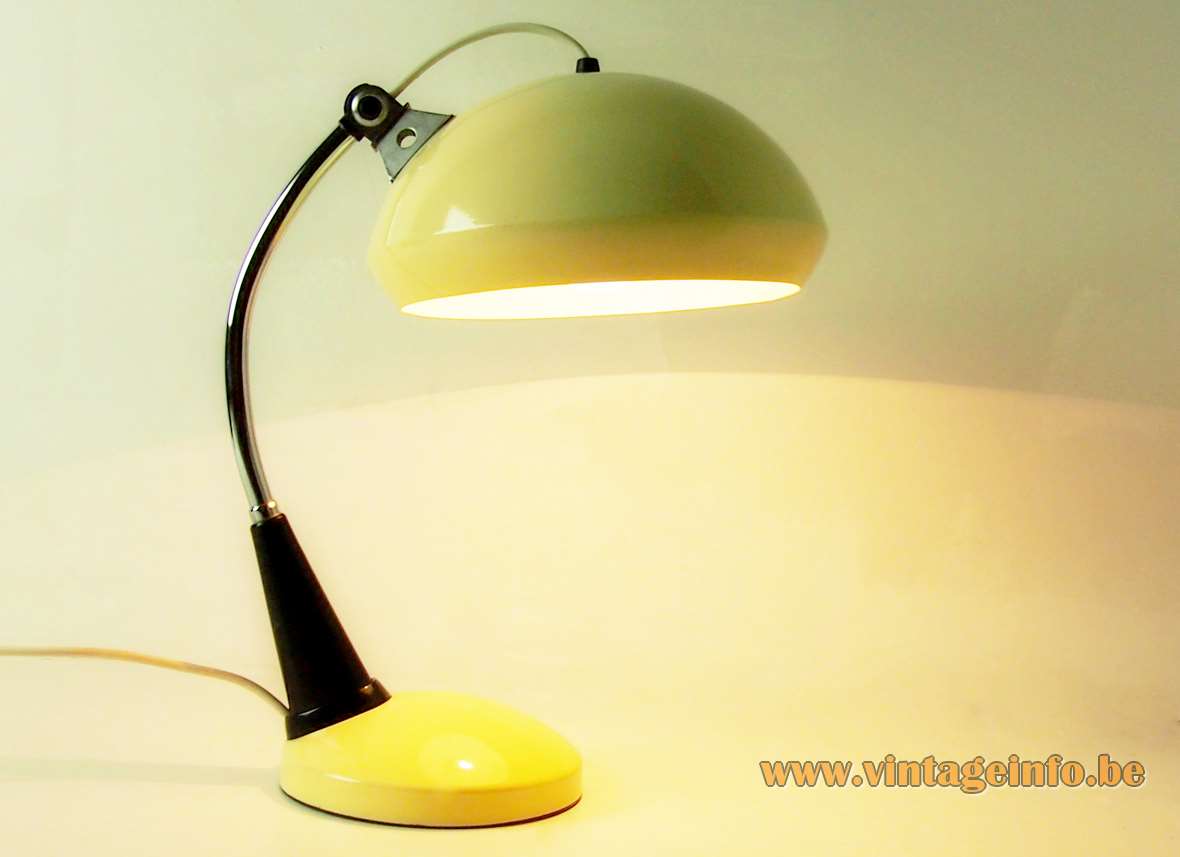 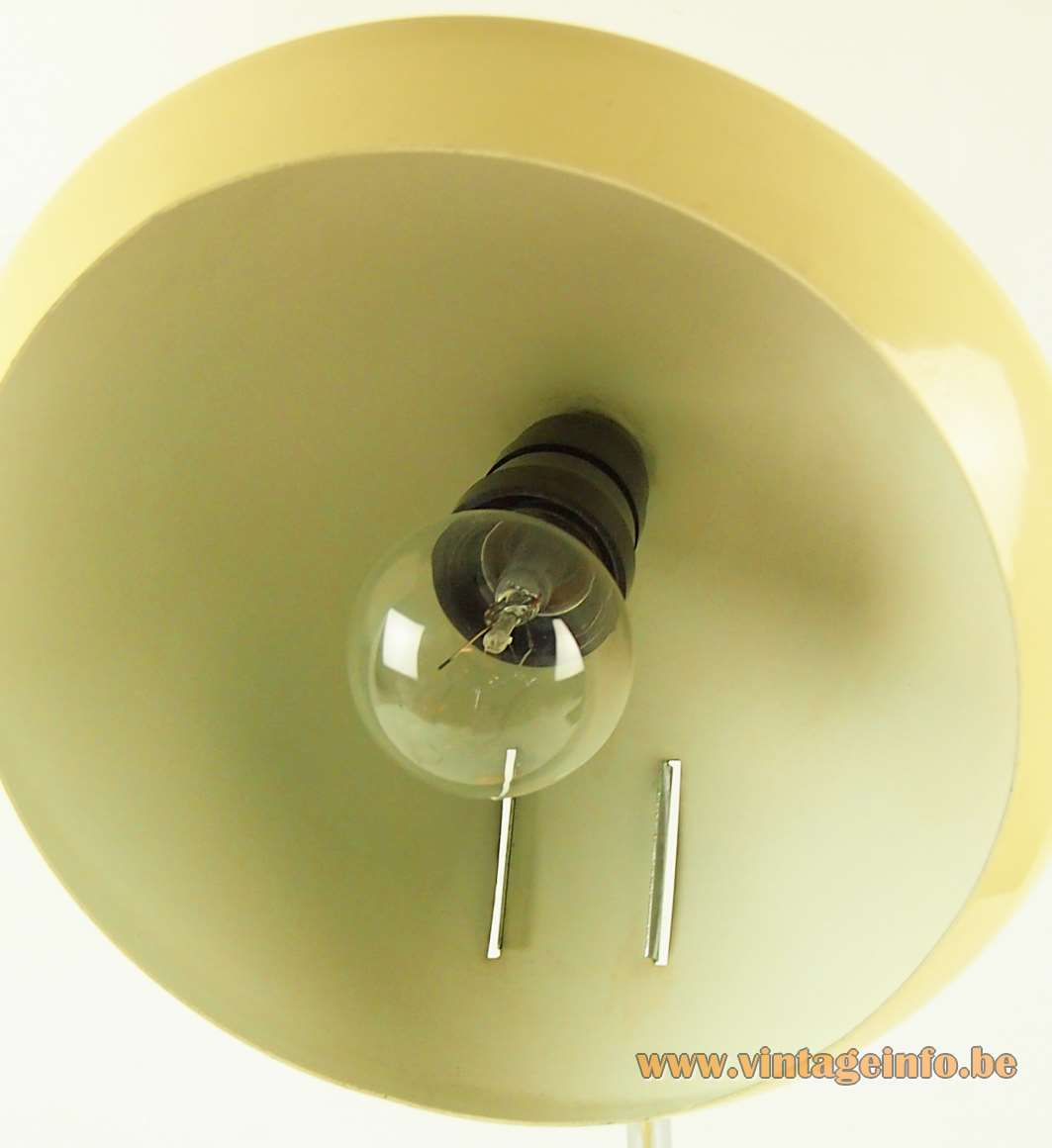 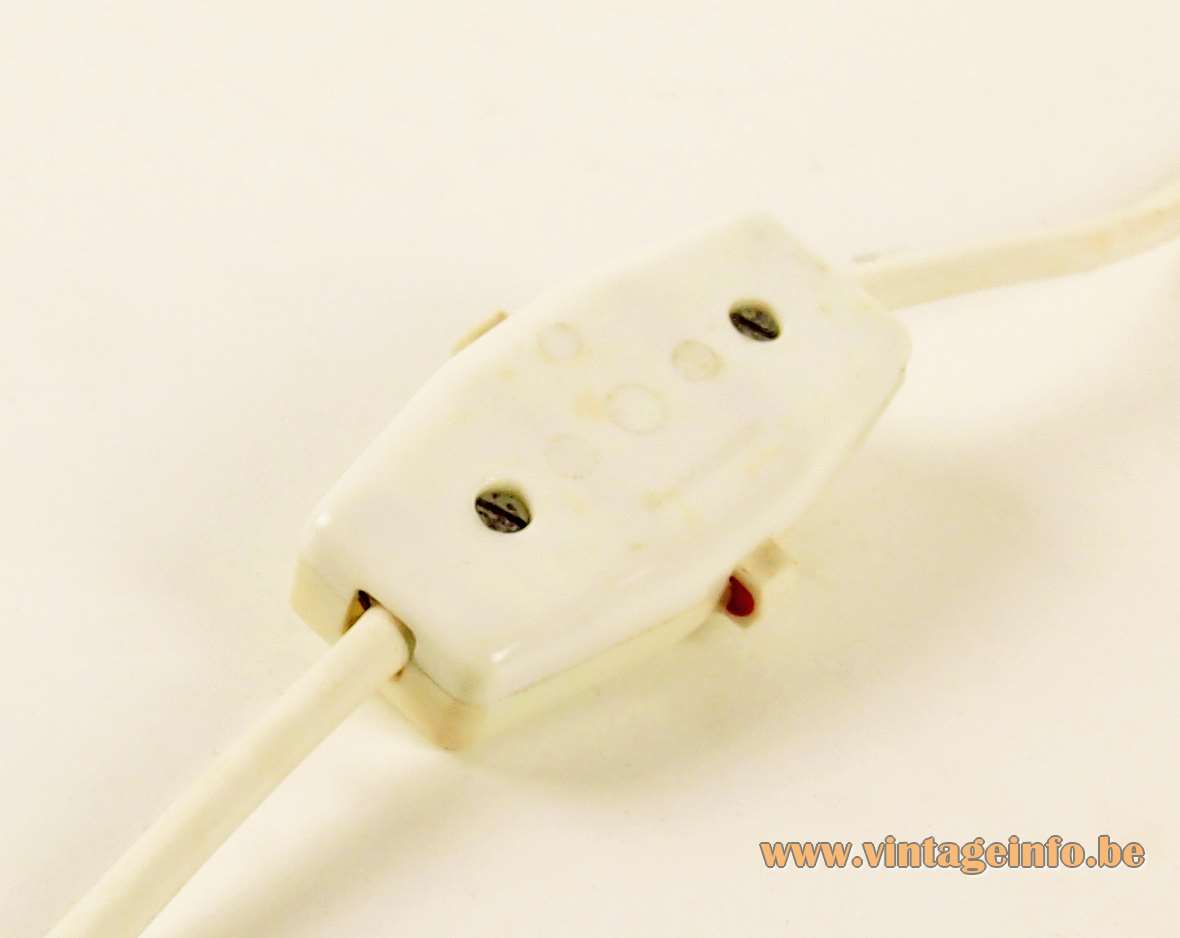 Other versions: This VEB Leuchtenbau desk lamp exists in several colours. Also produced with a chrome gooseneck. The base was used for several other desk lamps.