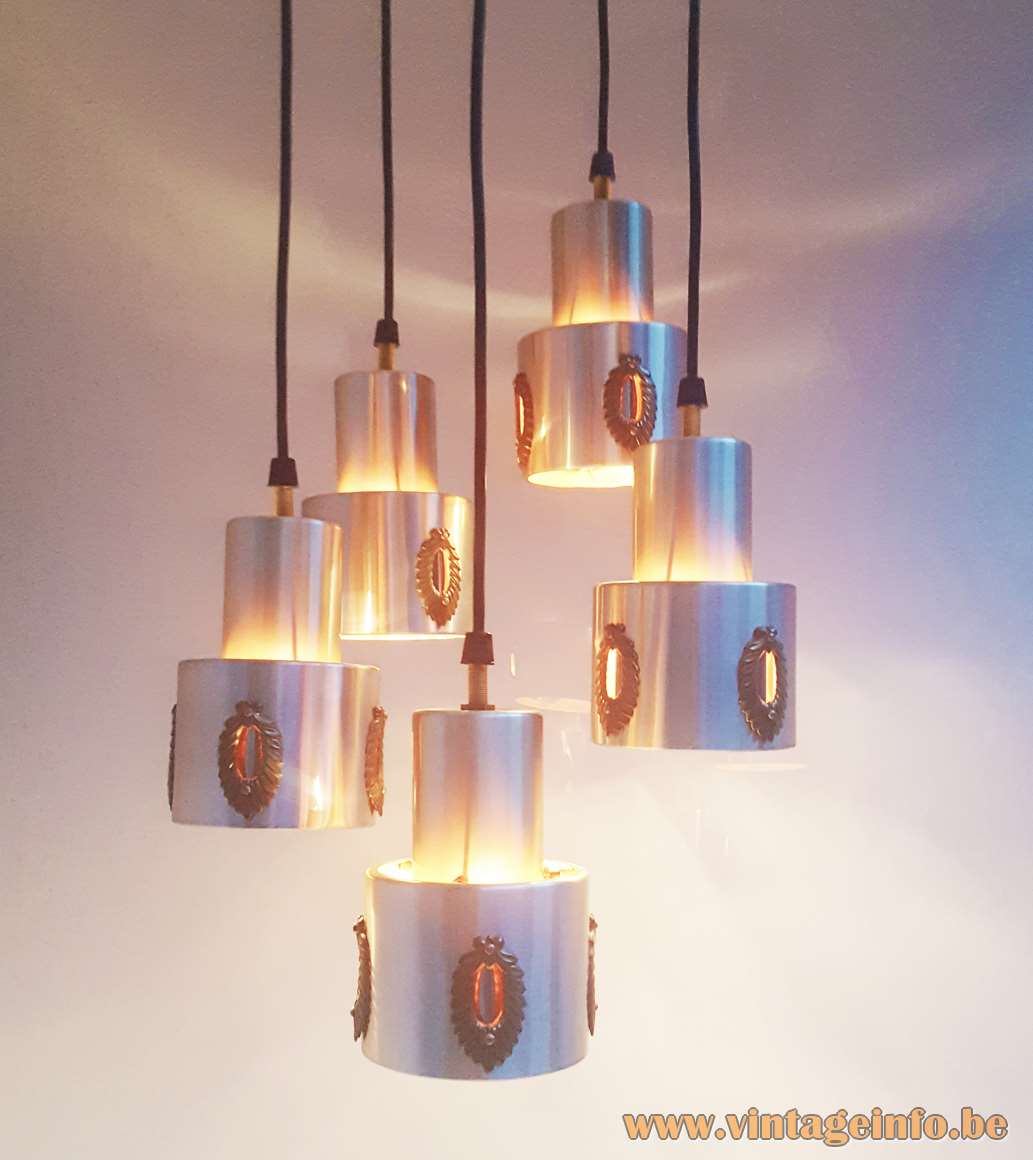 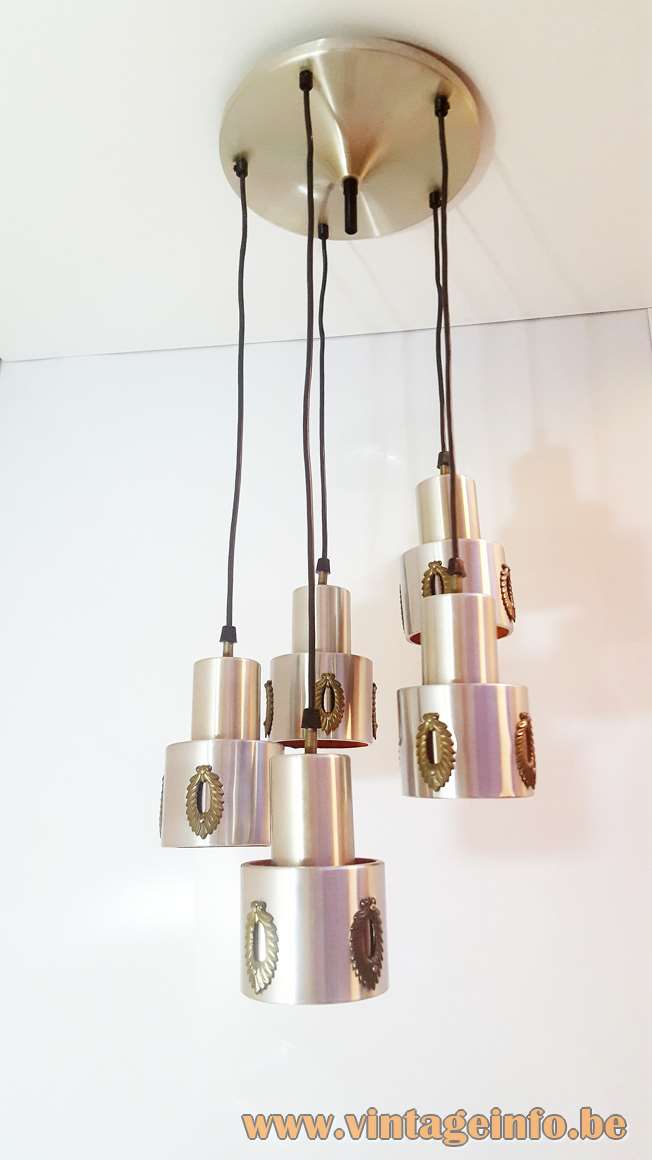 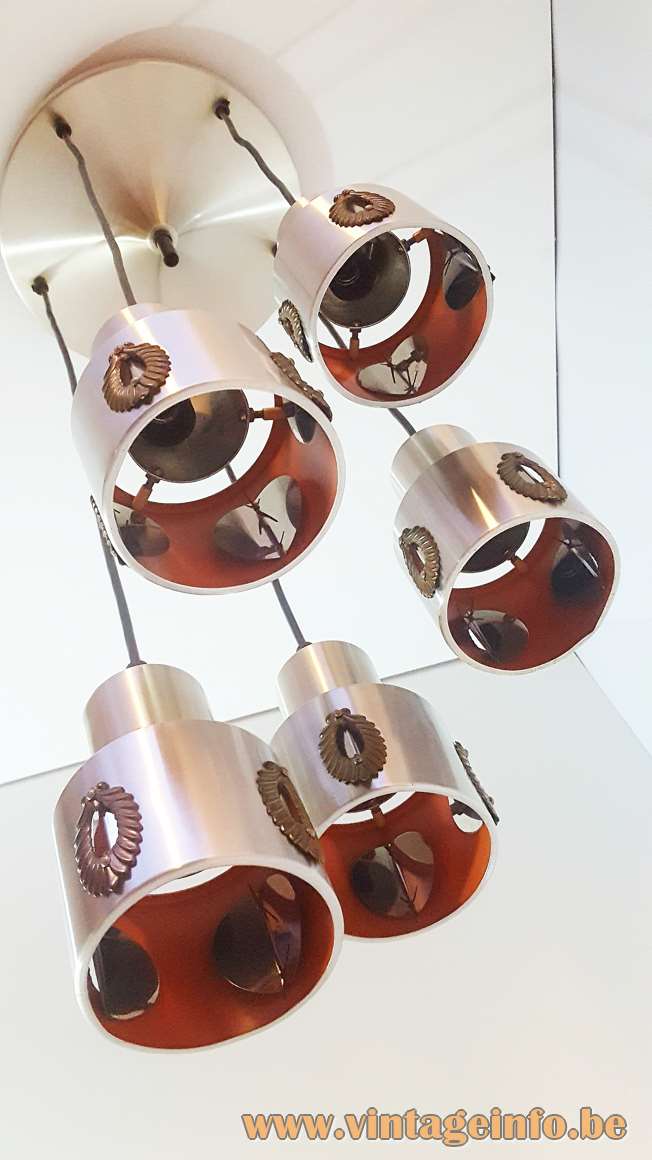 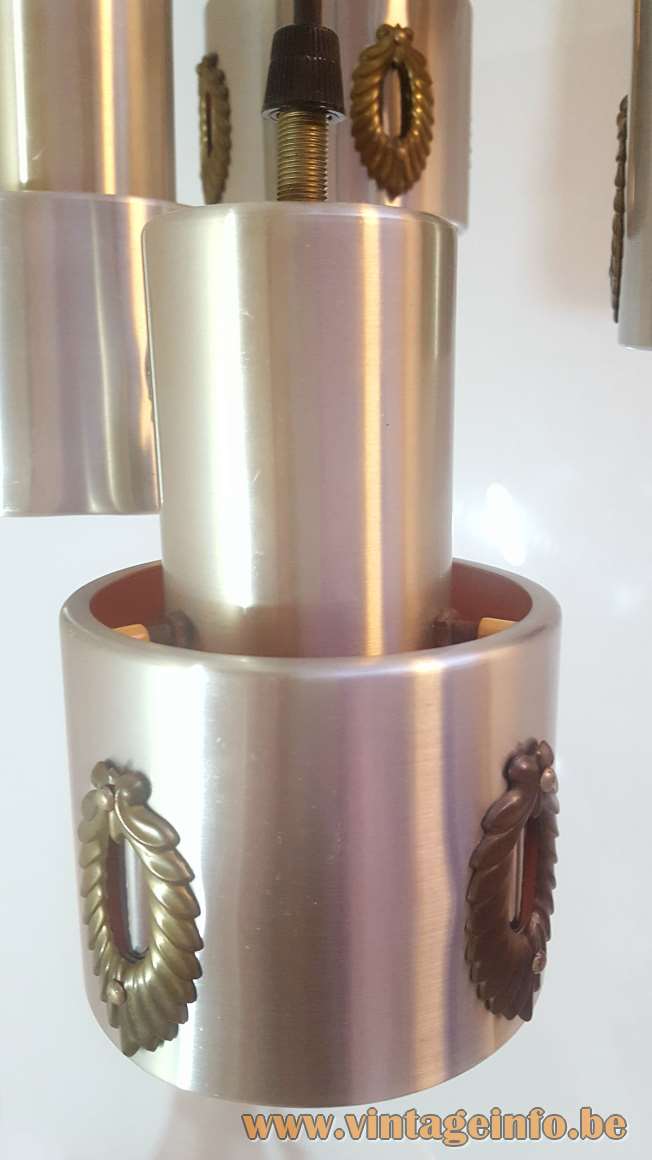 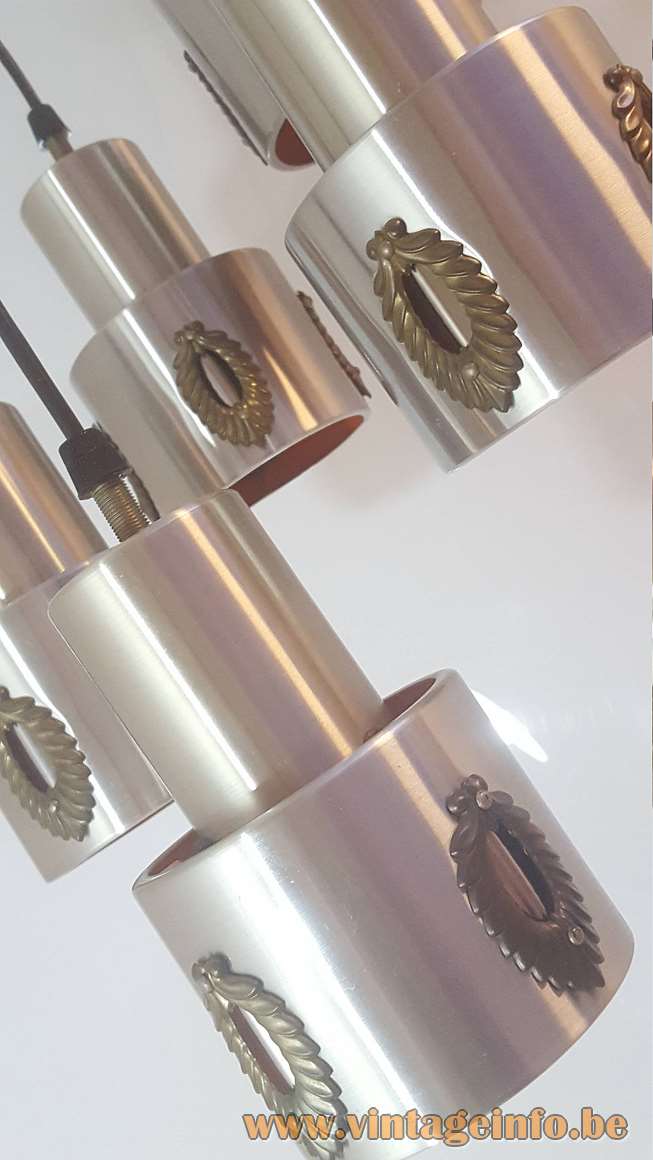 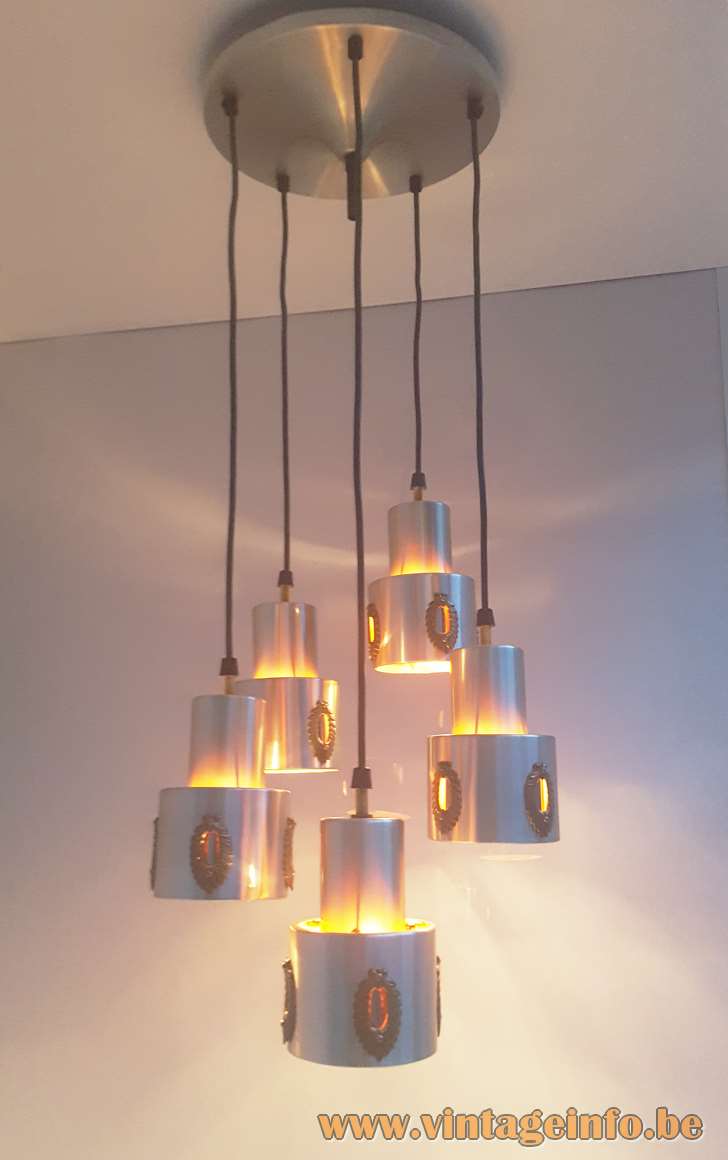 Other versions: This Lakro cascading pendant lamp or chandelier exists in several varieties. Also made with a brass perforated diffuser below the lampshades. Several different colours were used to paint the inside of the lampshades.

Lakro B.V. is a family business founded in 1964 by mister Libert. The name Lakro is derived from LAmpen en KROnen: lamps and crowns. Kronen is a Dutch word for flush mounts and ceiling lamps. Lakro produced many lamps in aluminium.

In the 1990s his daughter opened a second business in Putten, also in The Netherlands.

Lakro was a wholesaler of lamps until 2002. His daughter and son-in-law transformed the company into a car styling and car audio business that same year.