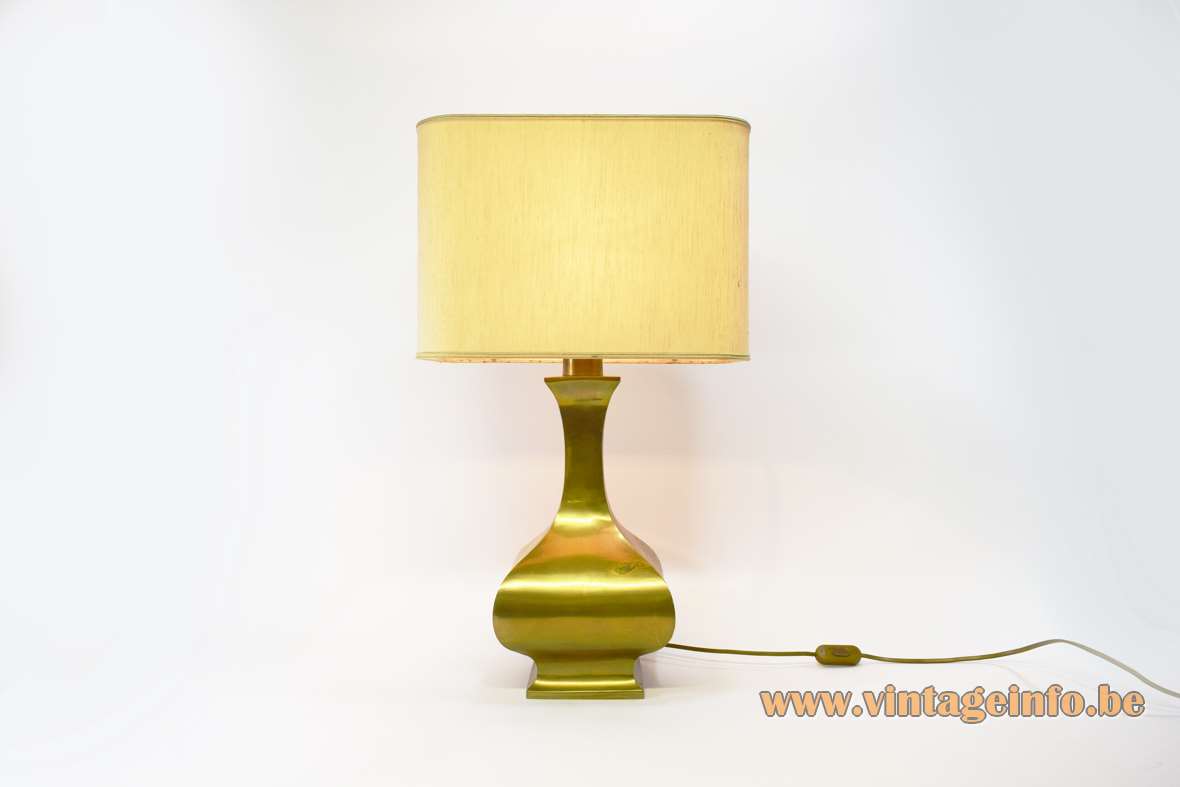 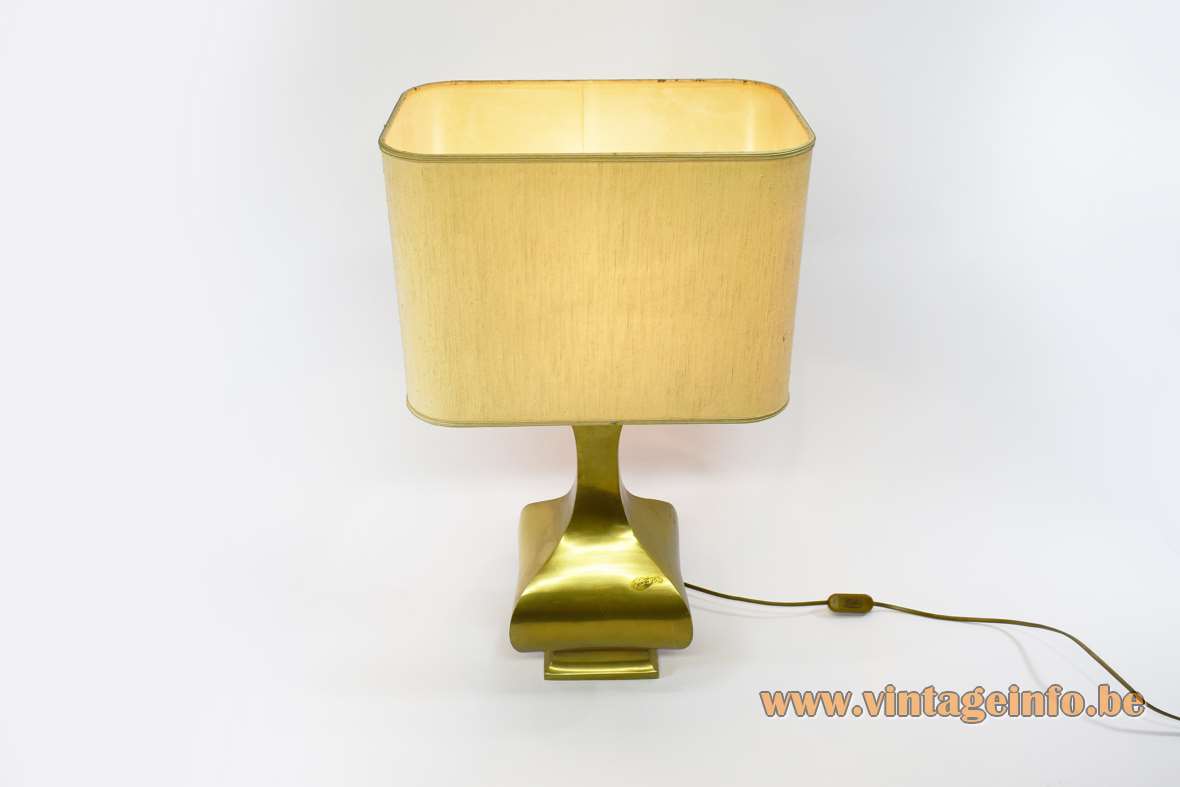 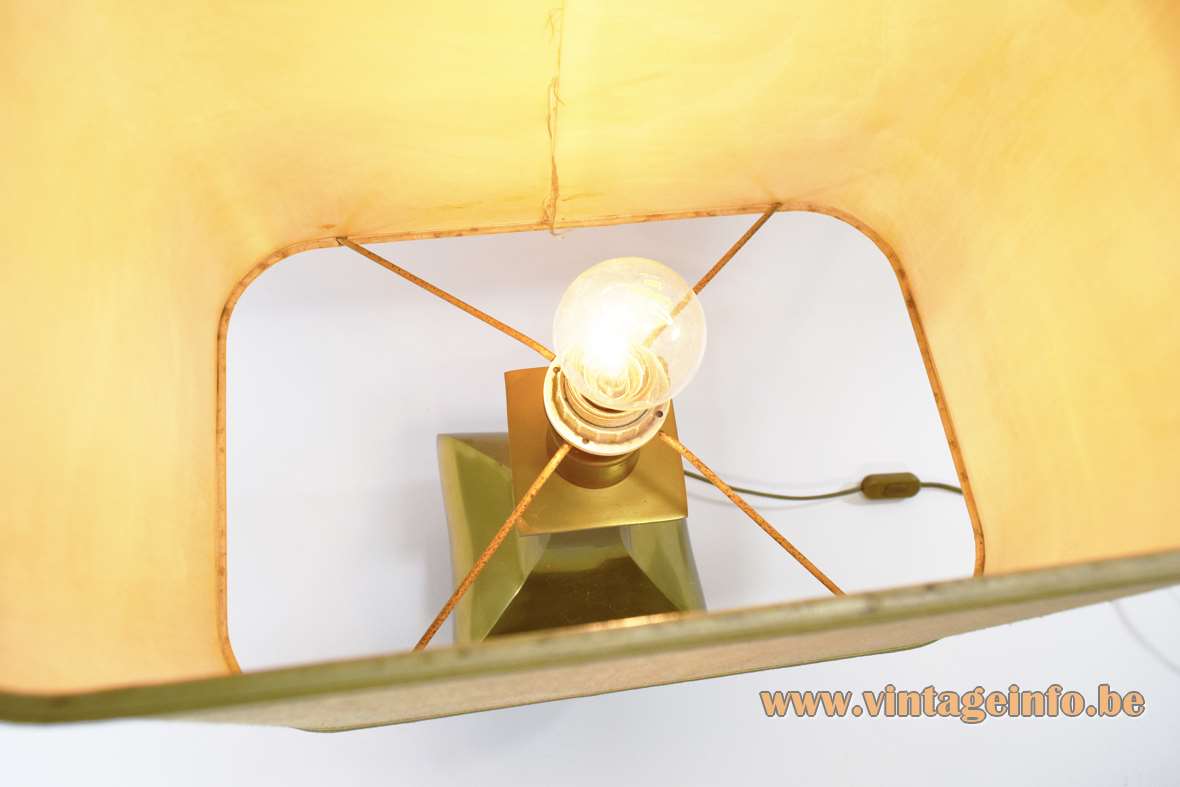 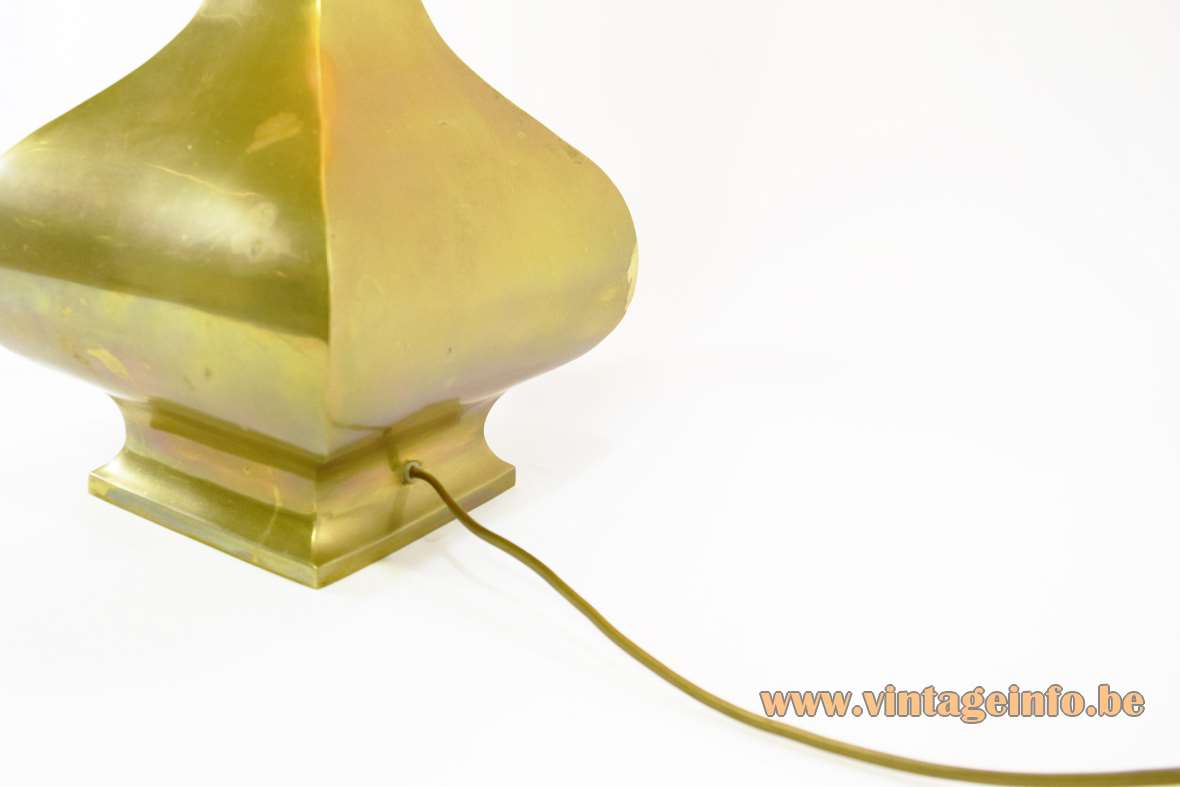 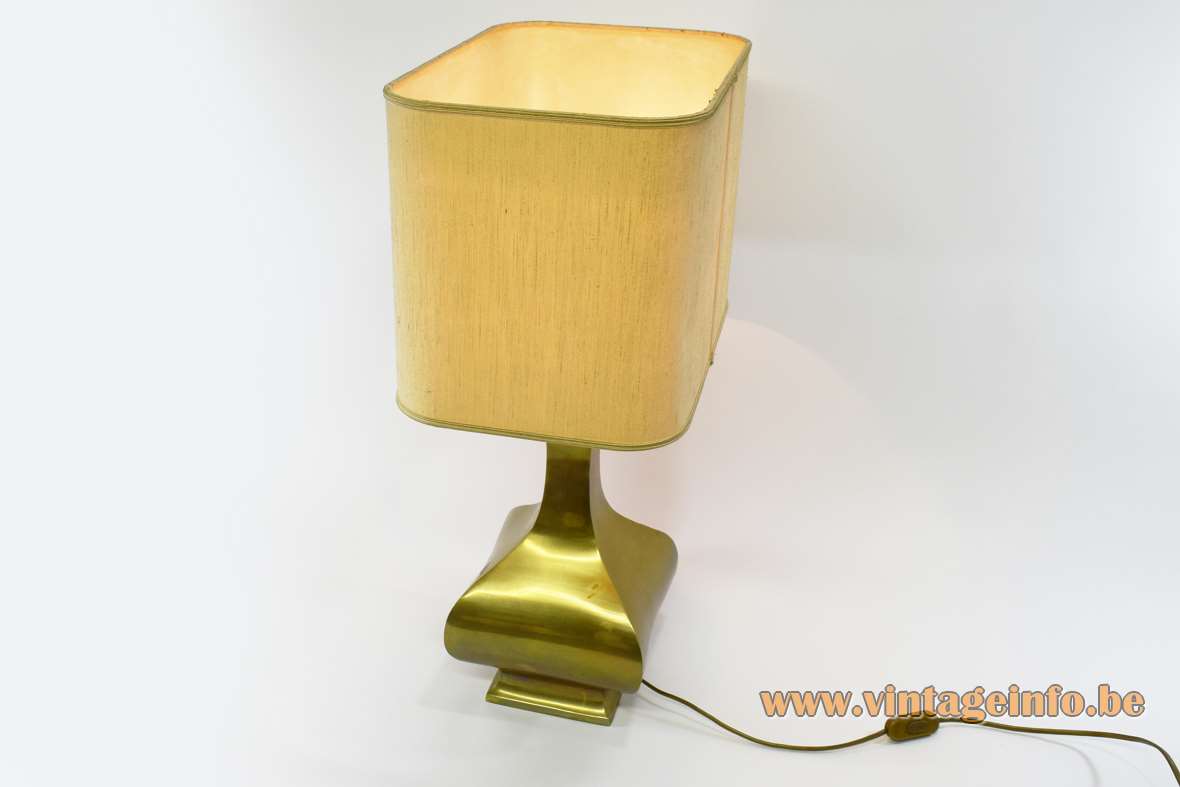 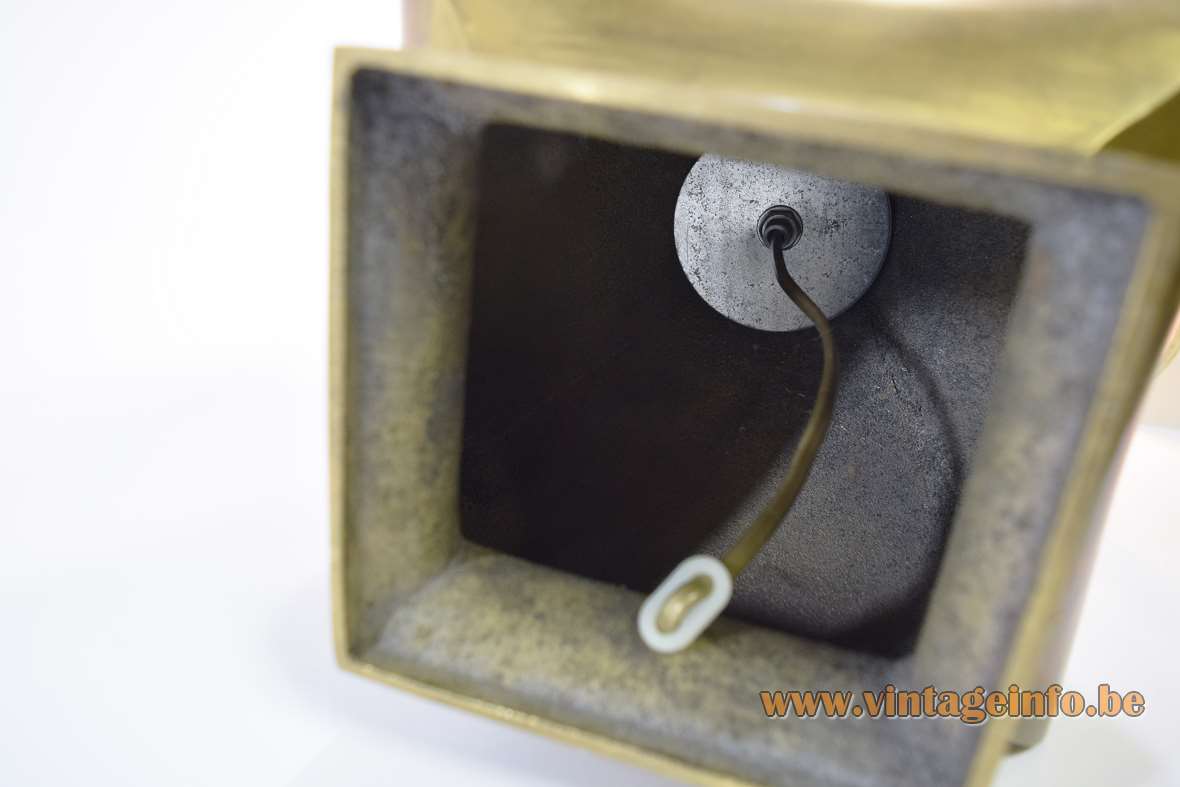 The original version of this cast brass table lamp was designed by Maria Pergay in the 1970s. You can find her Balustre table lamp over here on Vintageinfo.

This lamp by Massive was made in the late 70s, early 80s.

The wiring, plug and socket are Italian and produced by VLM Components from Buccinasco near Milan since the late 1970s until the 1980s. VLM Components is part of the Relco Group, founded in 1967. Today they are the owners of the brands Relco, Leuci, Relco Lighting, VLM Components and Segno. VLM Components became famous for the switches they produce which were designed by Achille Castiglioni in 1968.