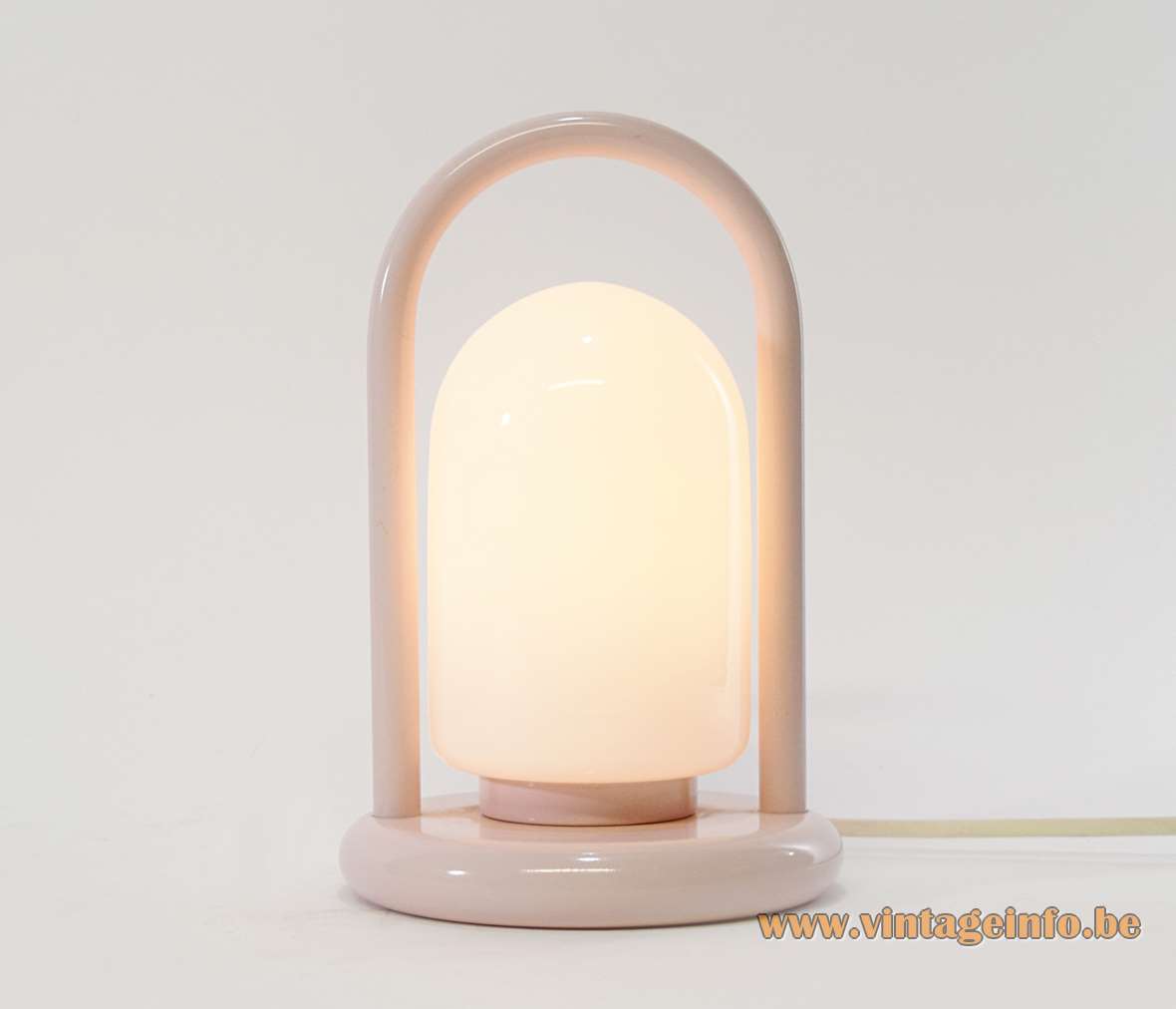 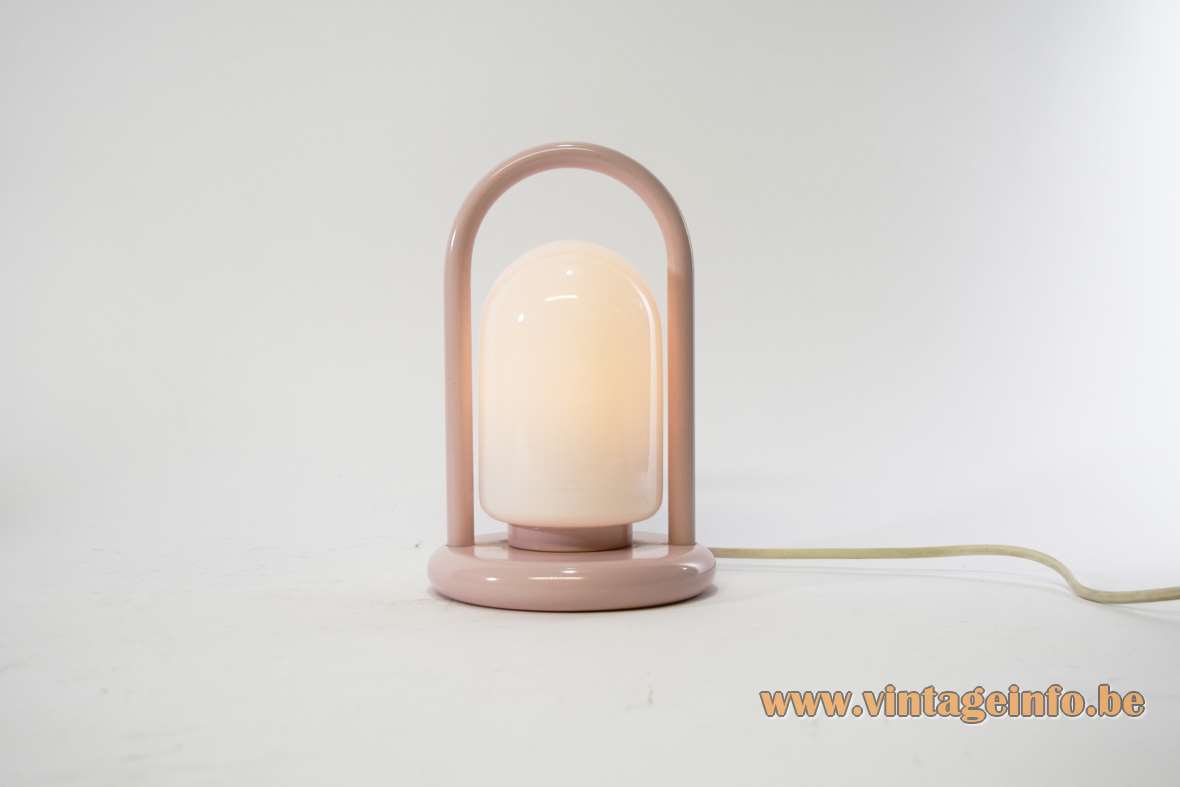 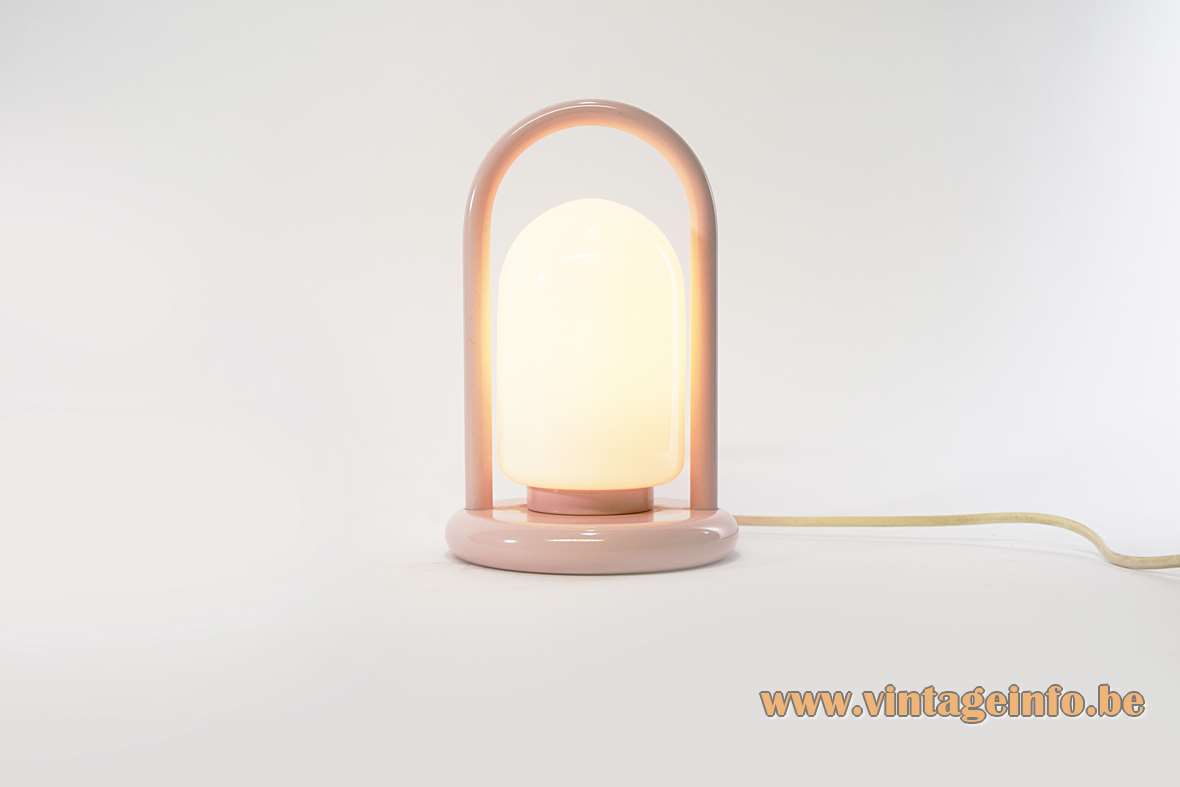 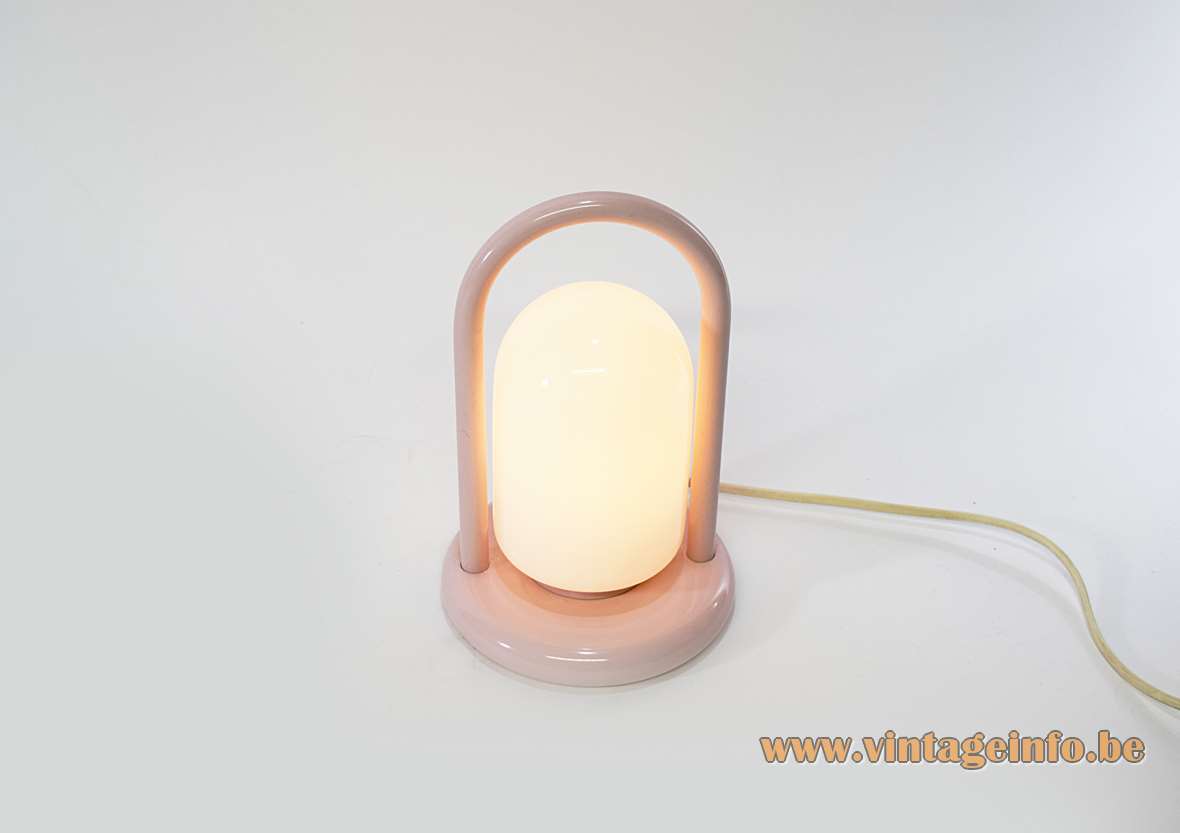 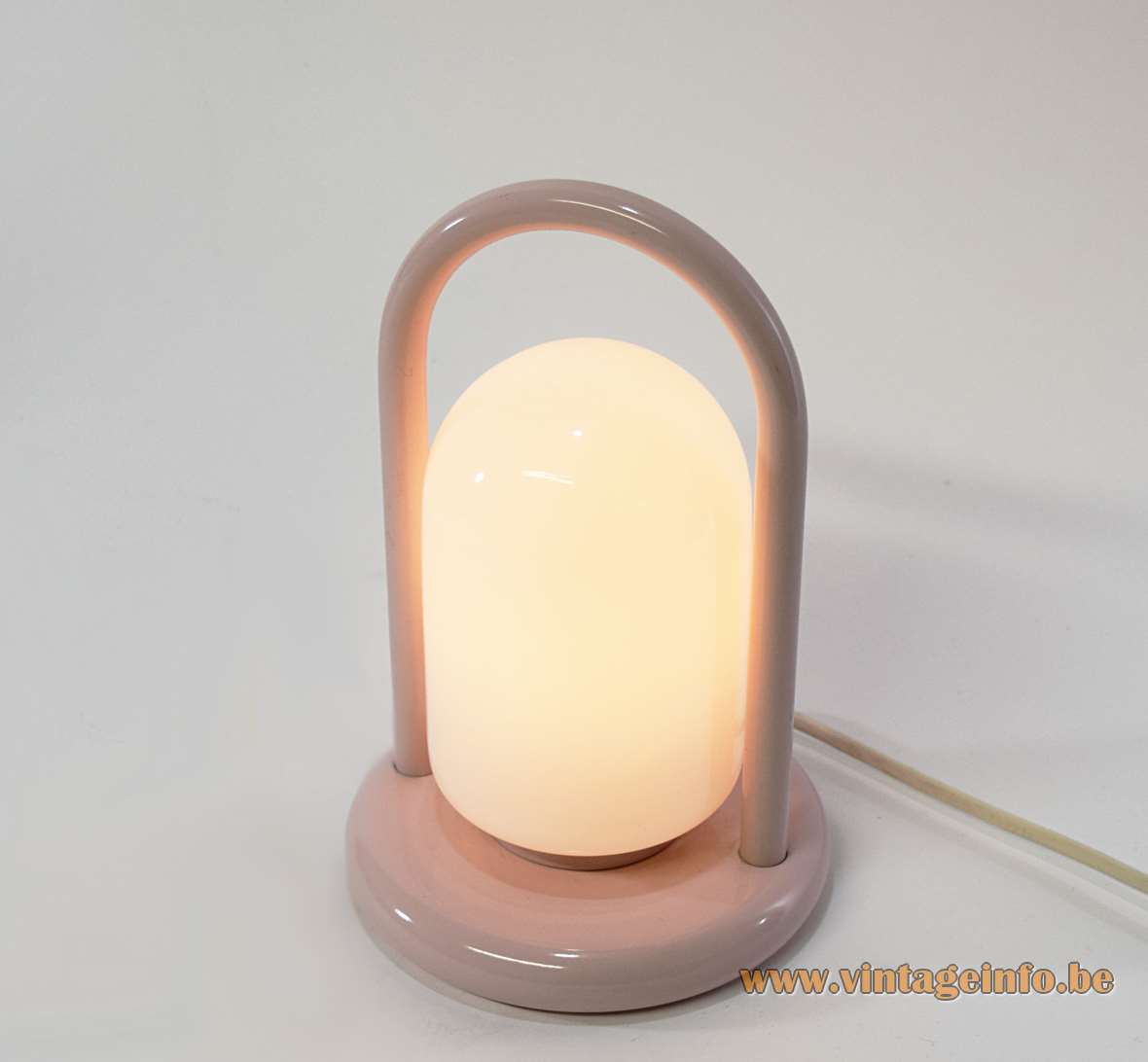 The company is characterized by relatively low pricing of generic housewares, mostly made by and for HEMA, often with original design.

Many thanks to Dennis for all the help.

Designer: To be appraised, made after a design by Romolo Lanciani for Tronconi in the late 1970s. The original “Tender Table Lamp” can be found here on Vintageinfo.

Manufacturer: Massive, Mortsel, Kontich and Wommelgem, Belgium. It was also sold in The Netherlands by HEMA.

Other versions: This 1980s pink handle table lamp exists in several colours, this one is model 13041/51. 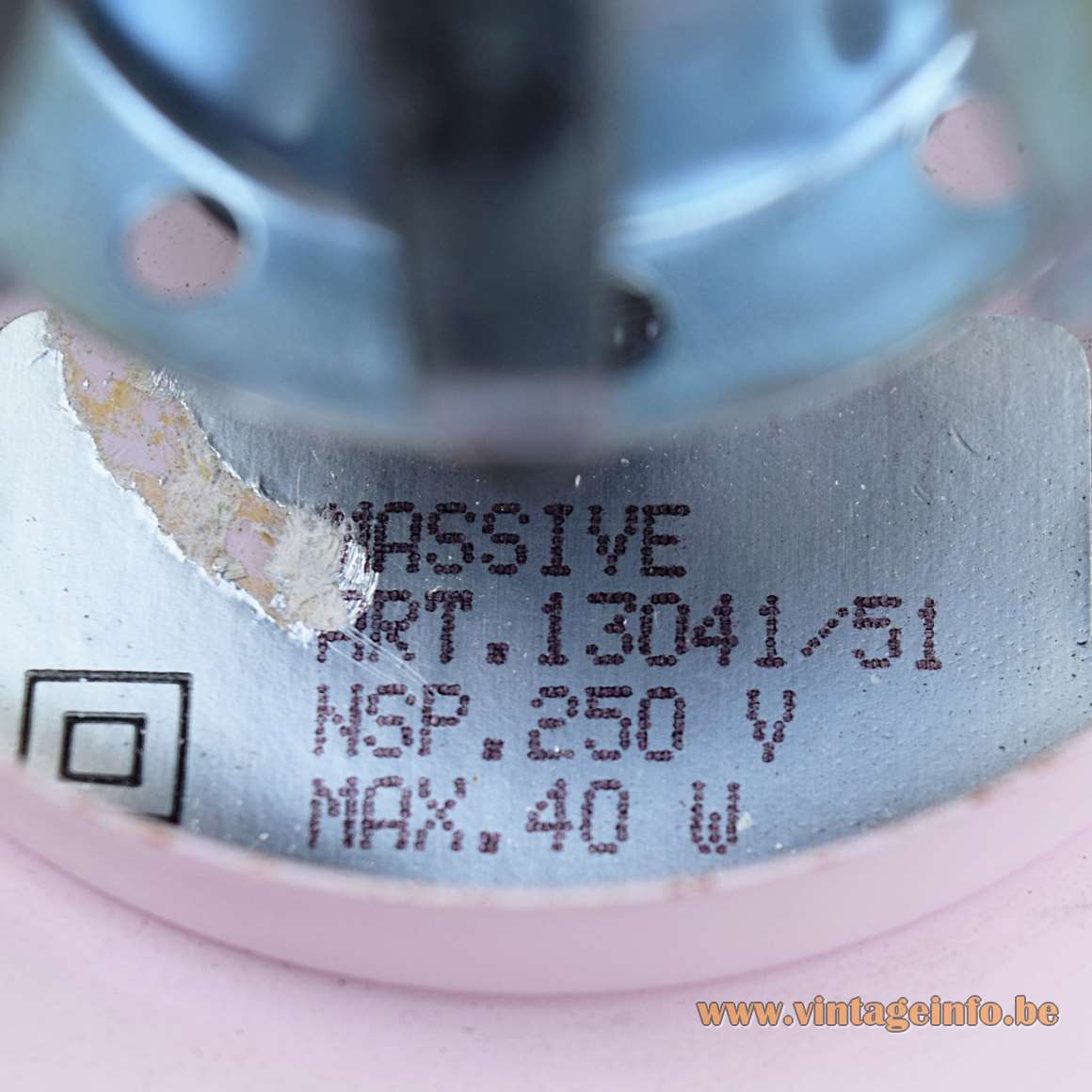 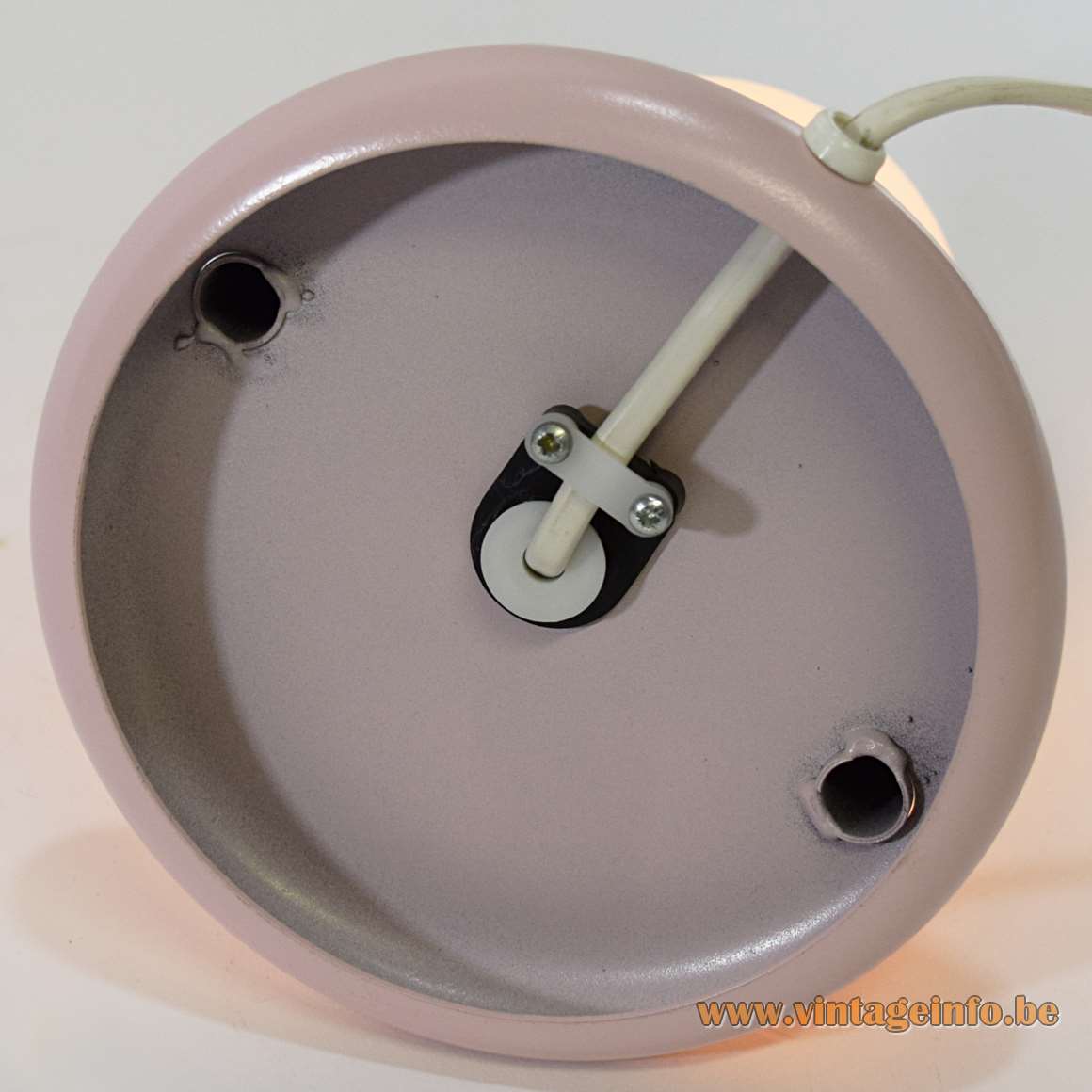 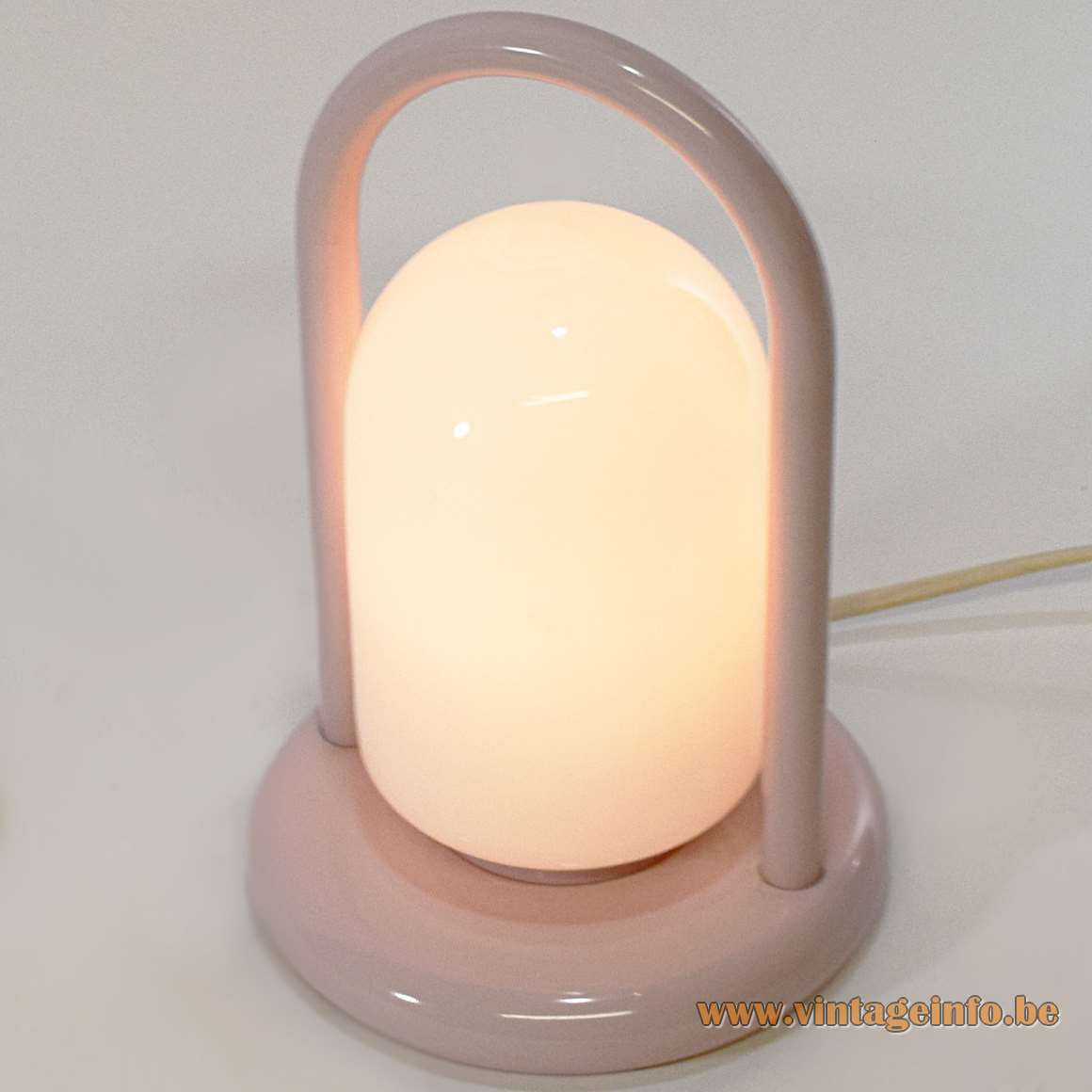 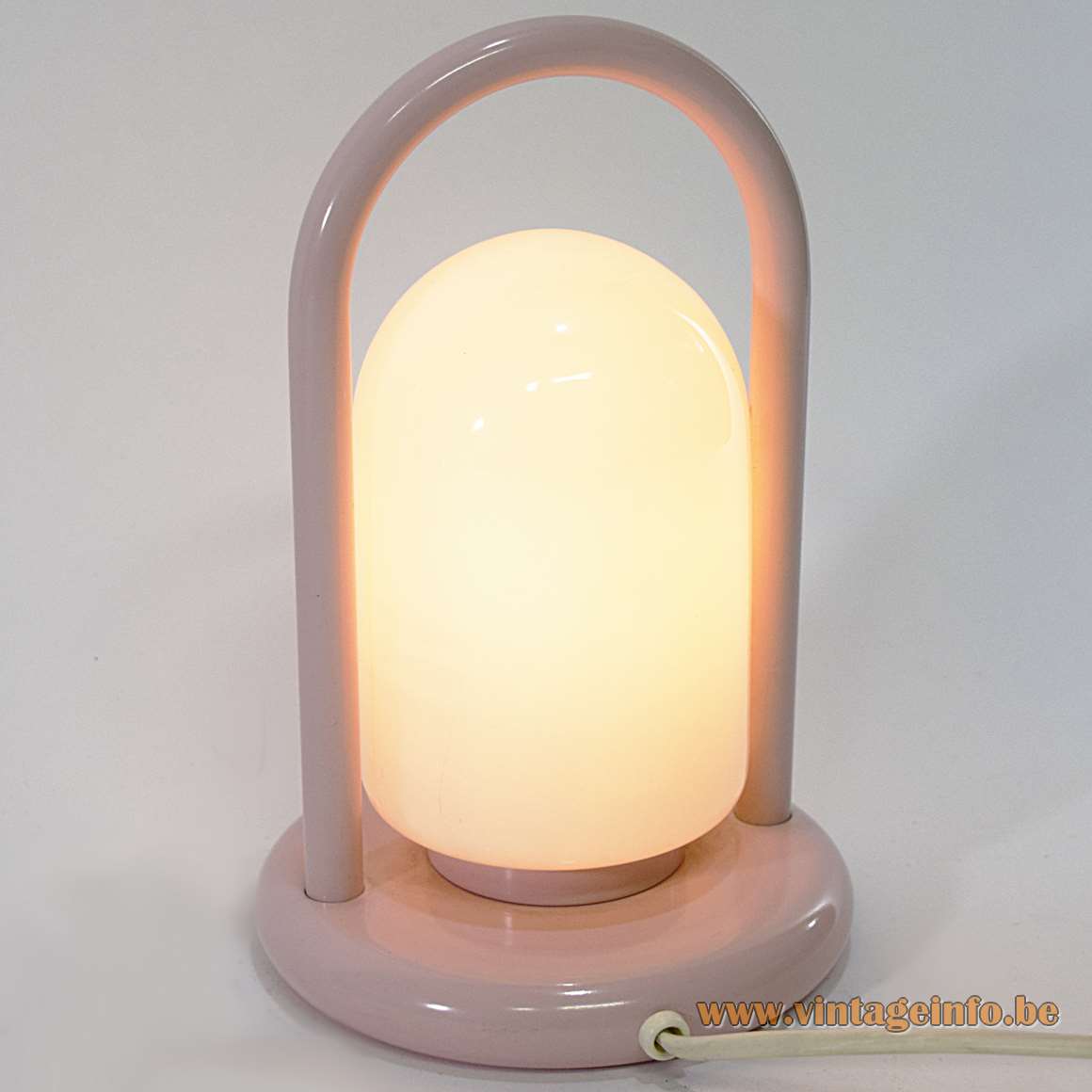