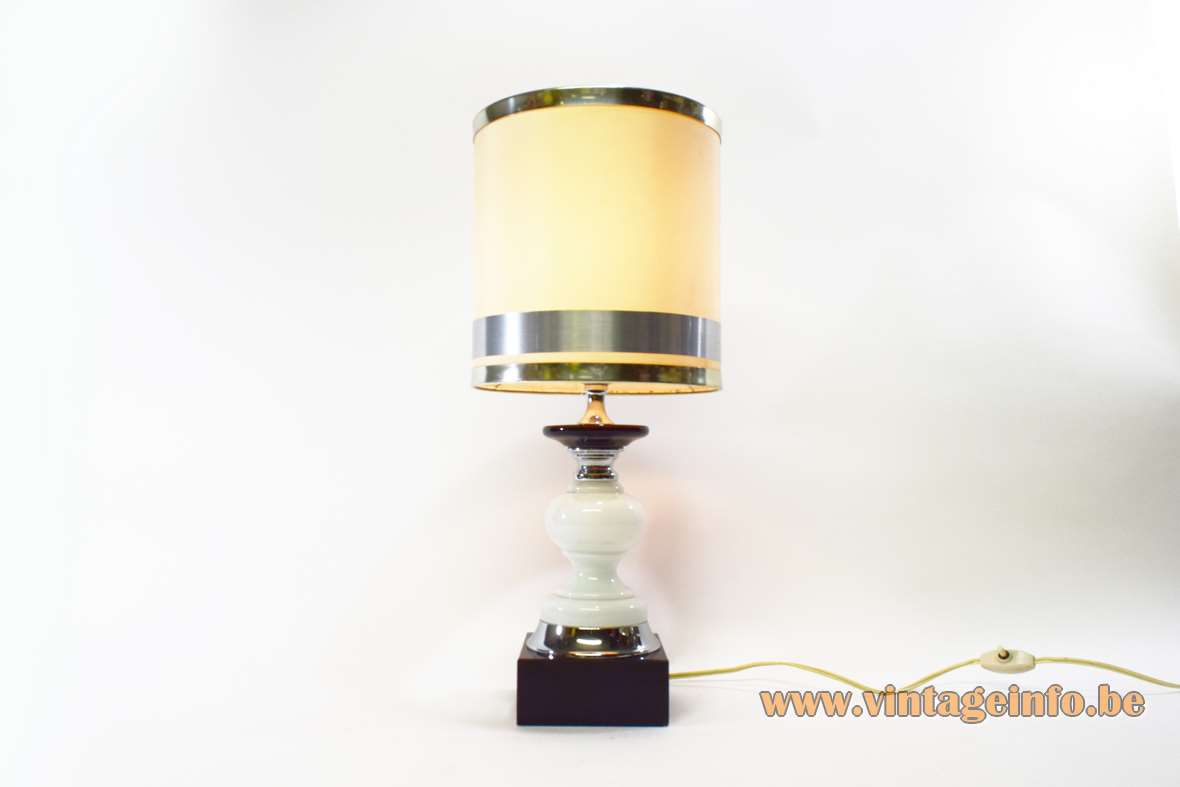 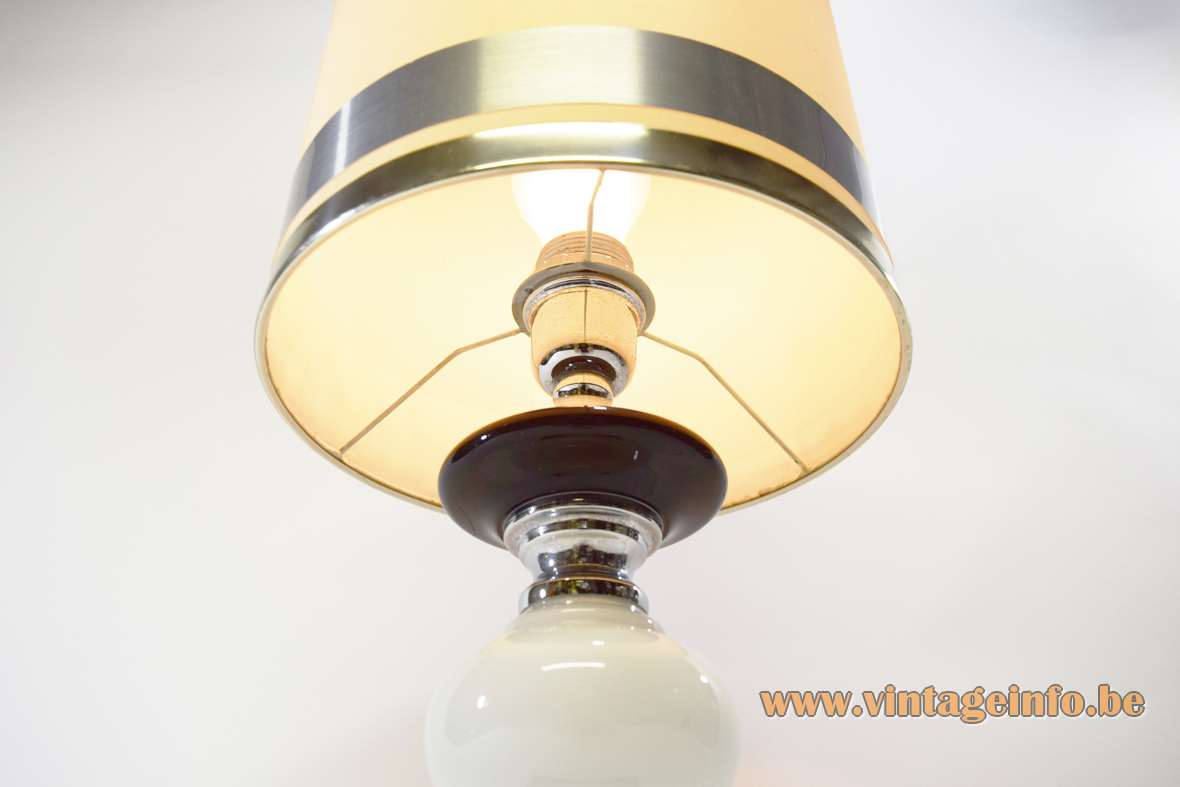 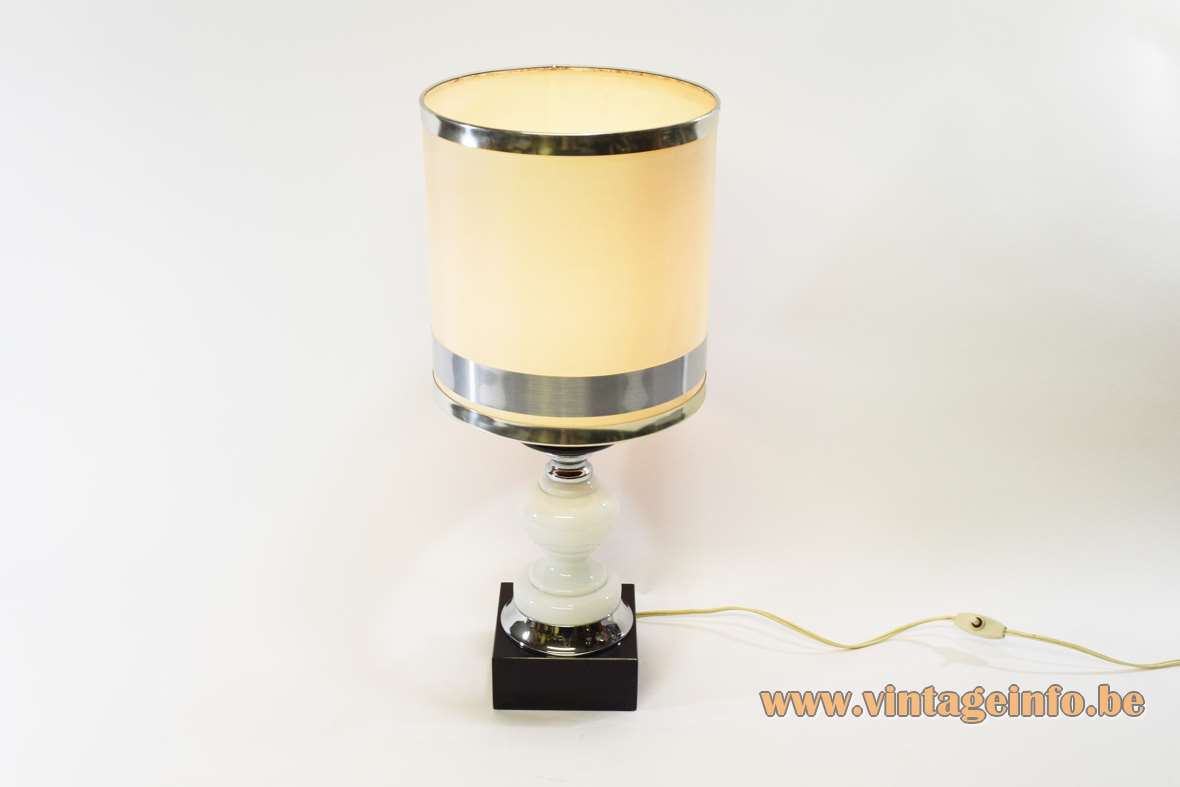 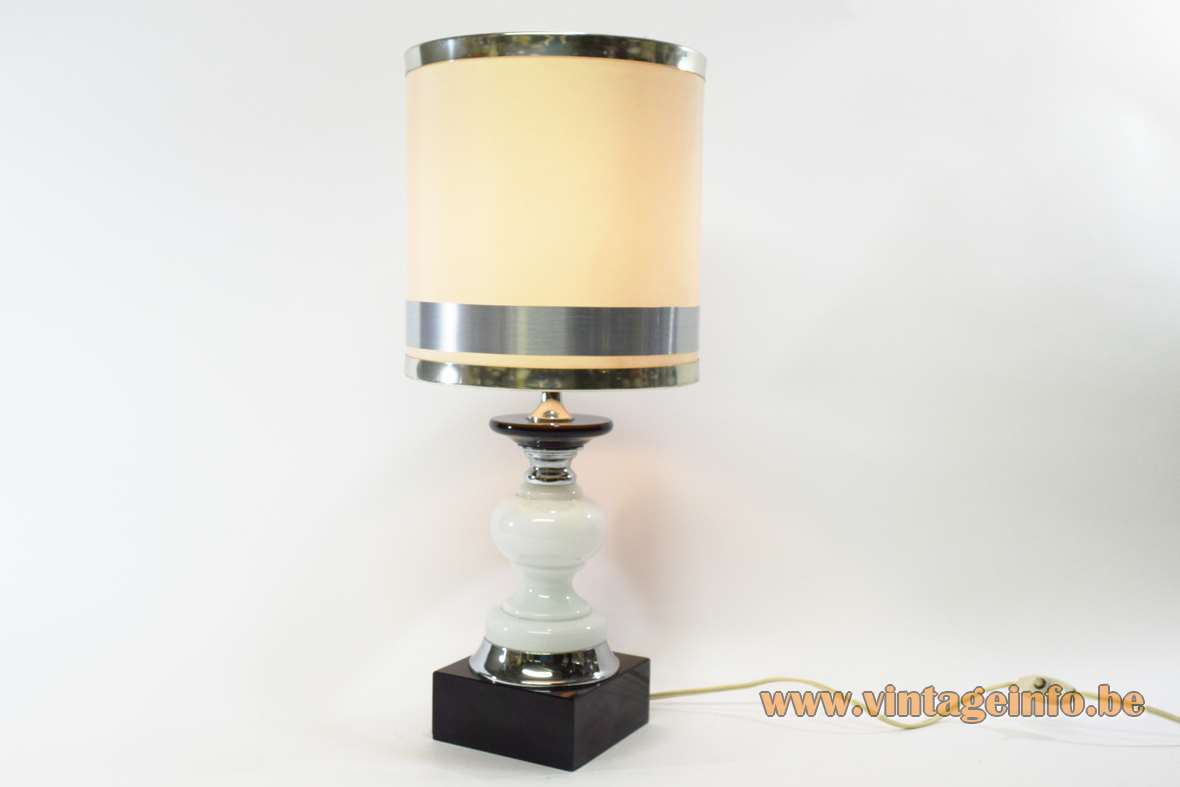 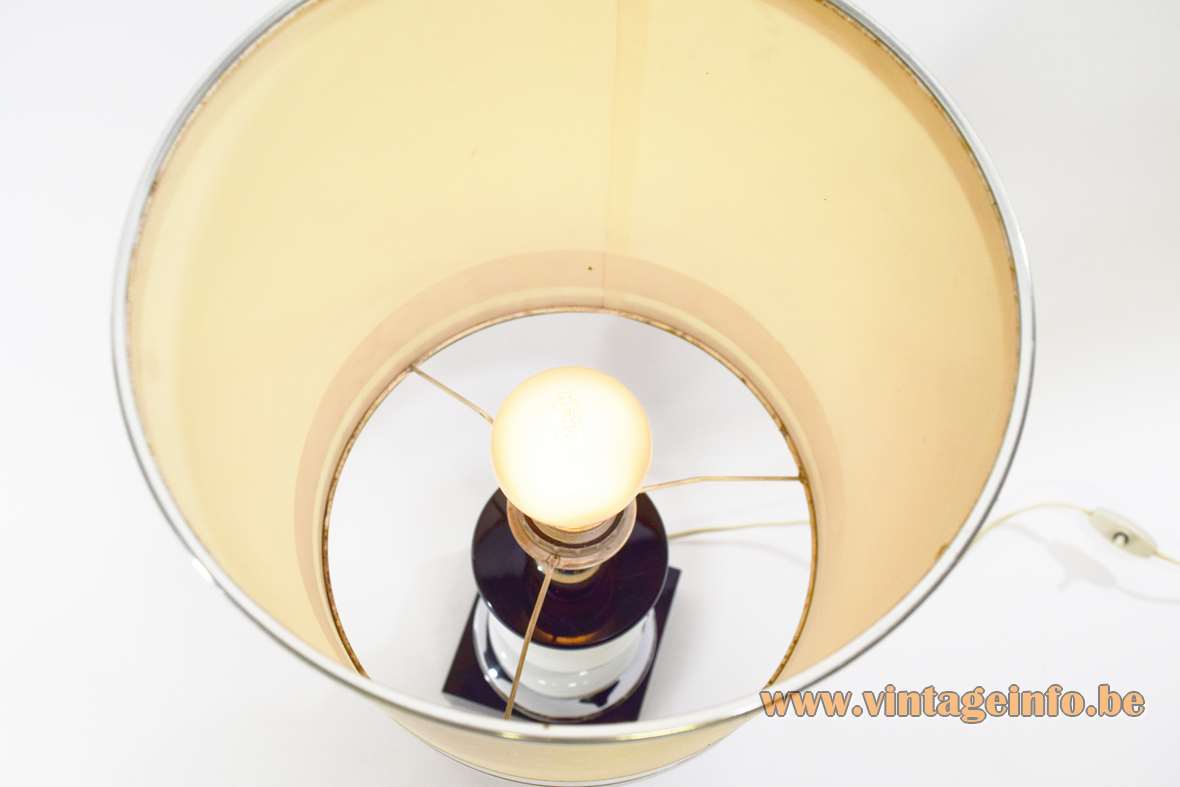 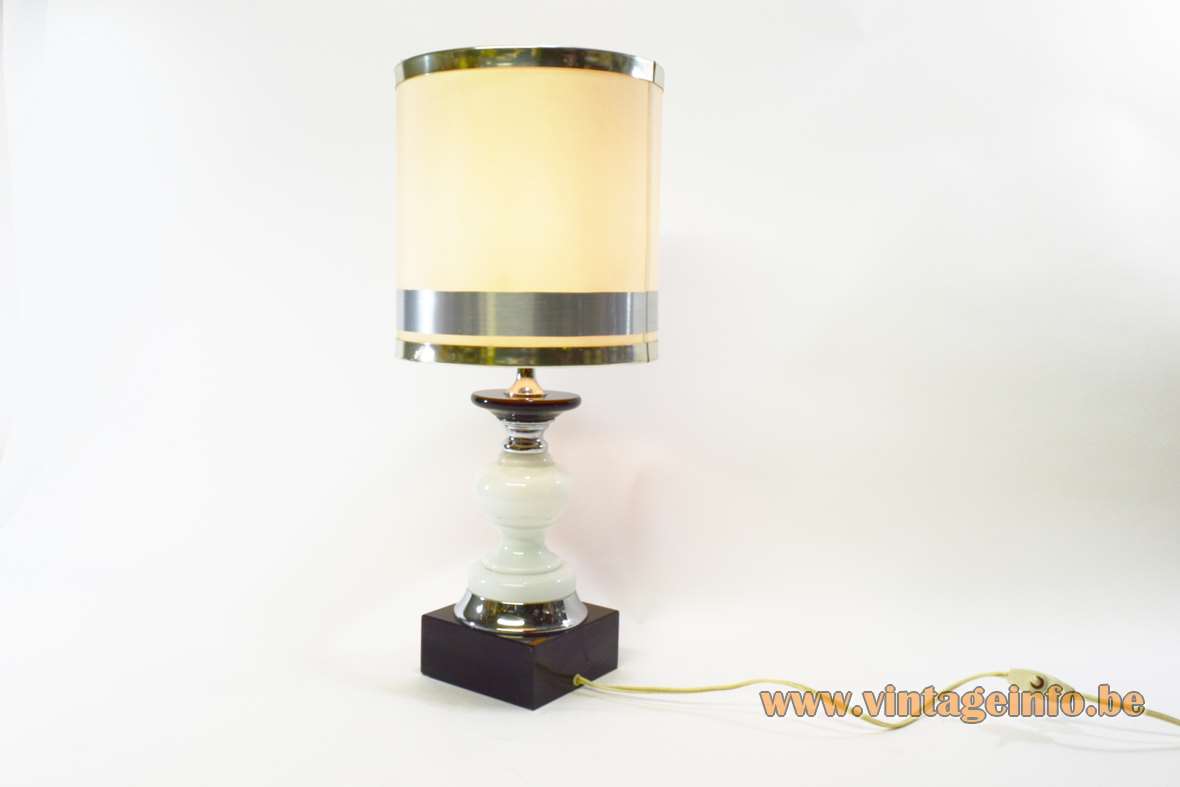 Other versions: This 1970s black & white table lamp was made in many variations; big, small, several different lampshades. Other versions have a ceramic base.

All the electric parts of this lamp are made by the Italian VLM Components  company in the 1970s. VLM Components is located in Buccinasco, near Milan. The company is famous for the switches they produced that are designed by Achille Castigilioni in 1968. The switch of this table lamp is model 450.

Similar table lamps made by Massive, all made in ceramics except this one (on the right) 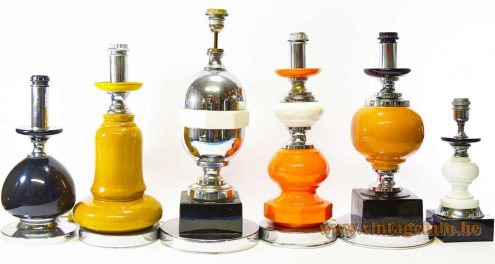