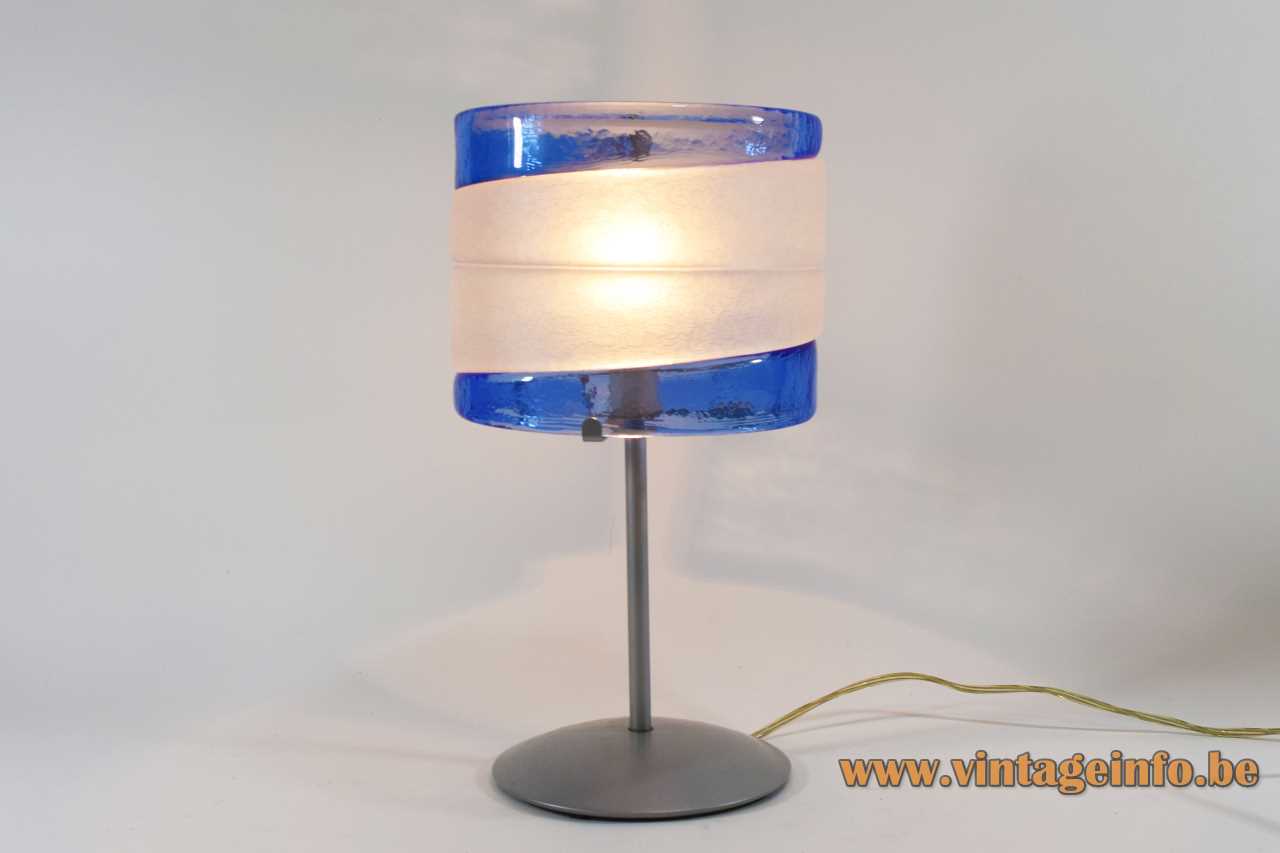 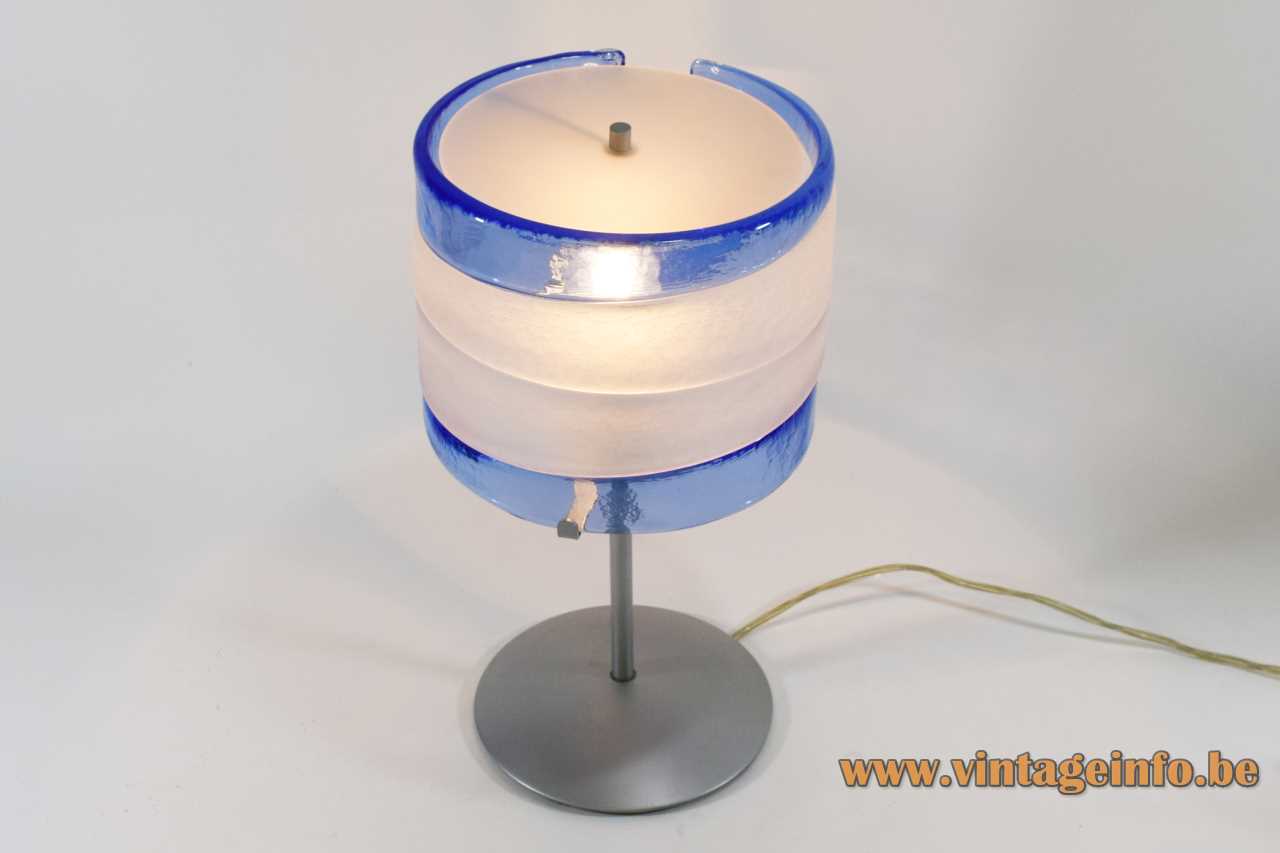 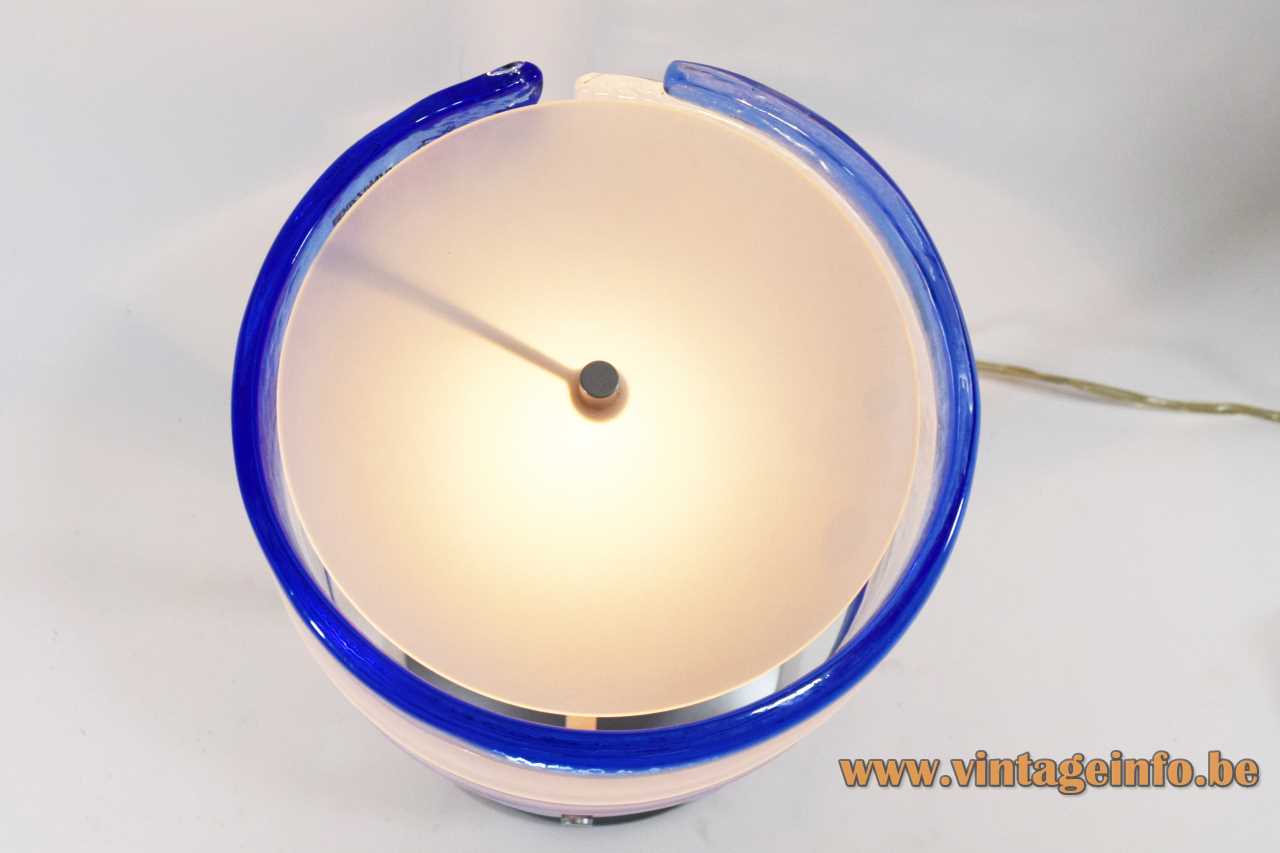 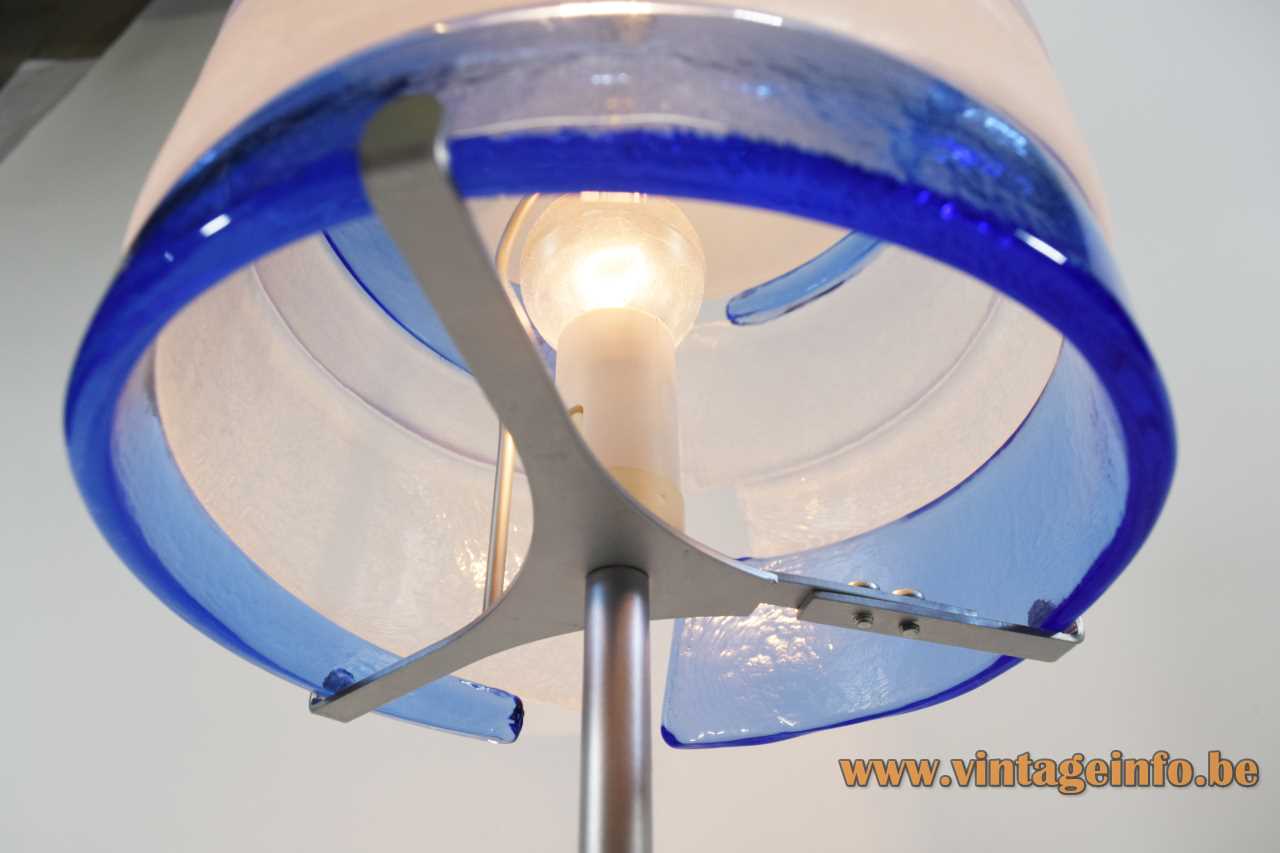 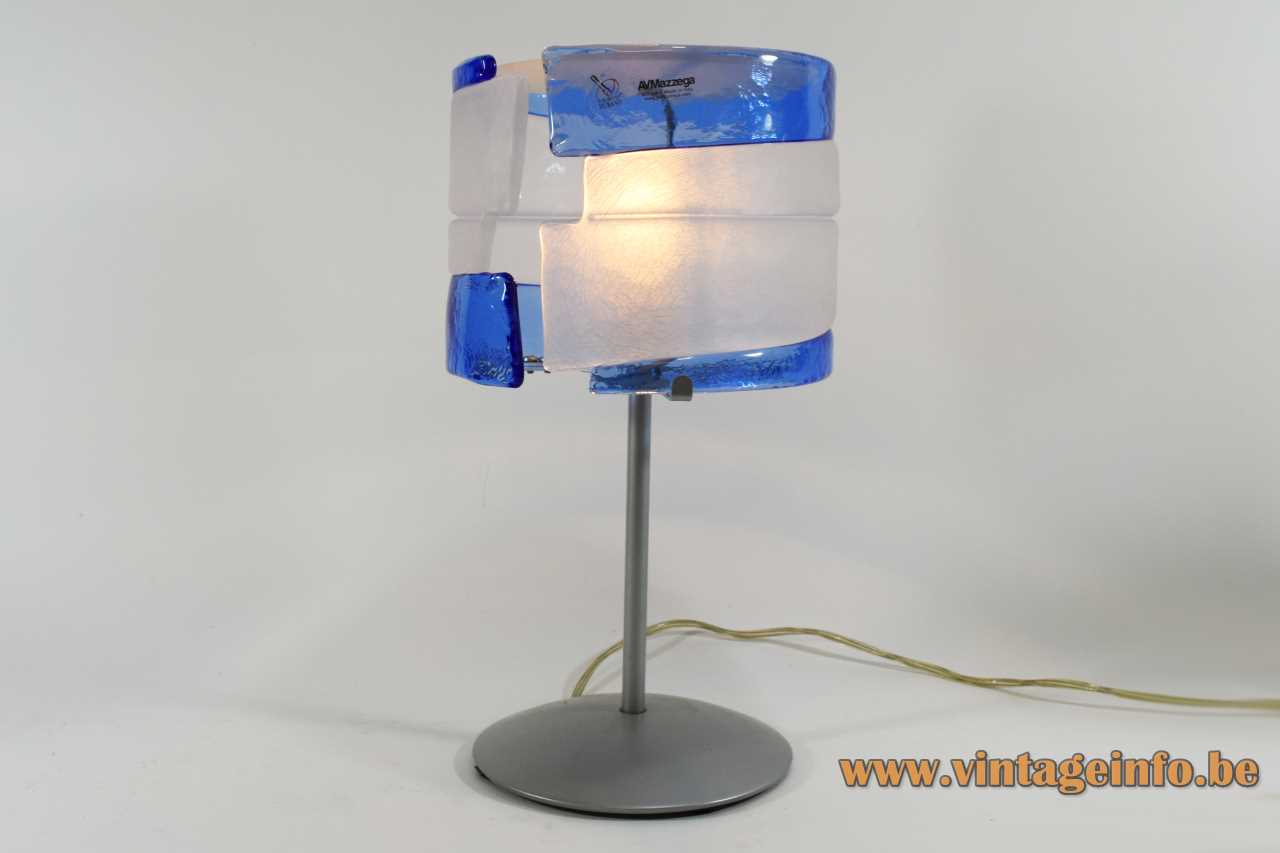 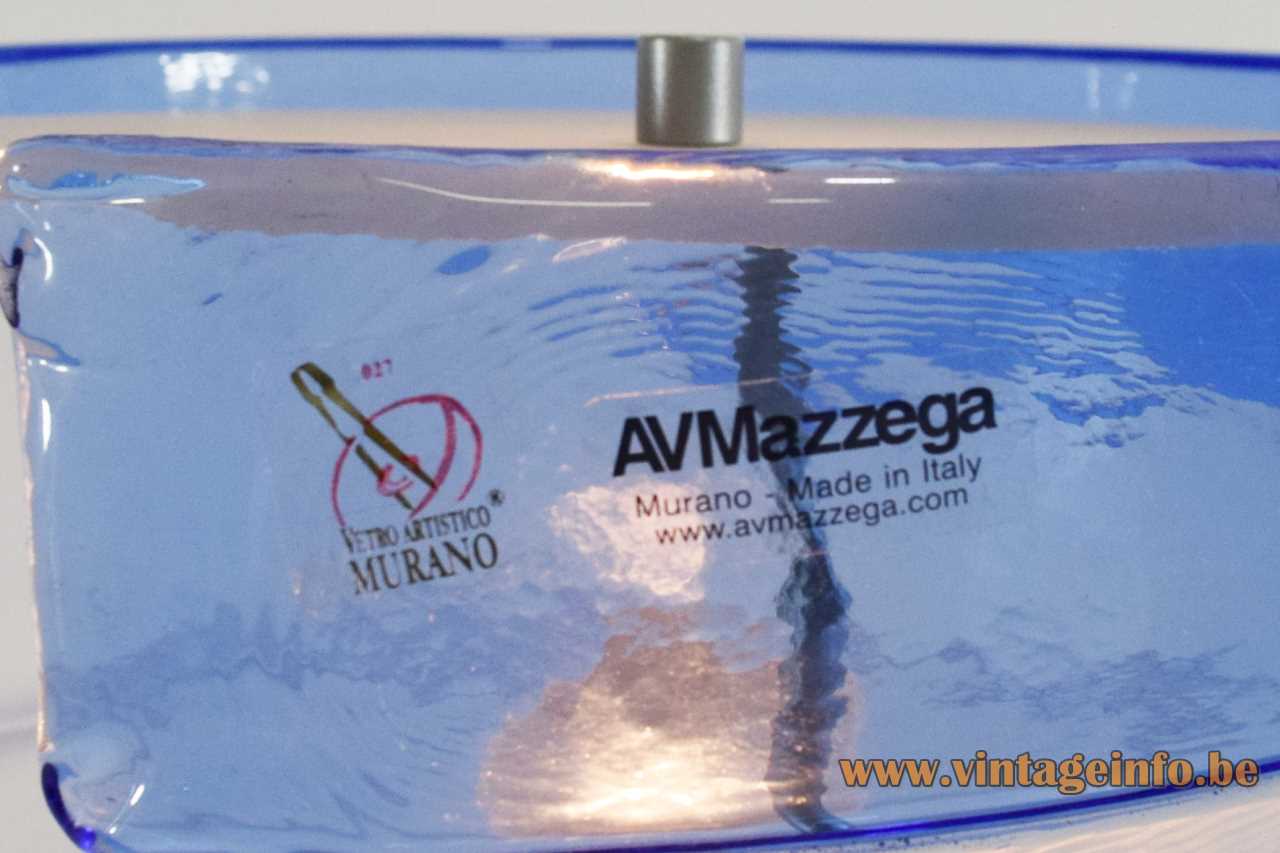 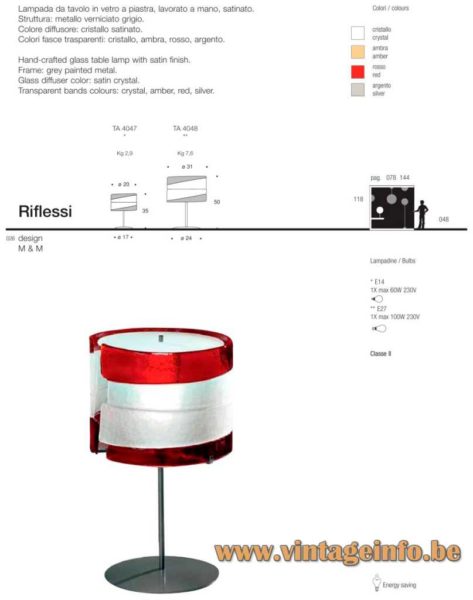 Designer: M & M, the design team of the company.

Other versions: The AV Mazzega Riflessi table lamp exists in several colours and 2 sizes. The bigger version with an E27 socket is 50 cm / 19.68” high. Also wall lamps, floor lamps and pendant lamps exists. Also made with a polished chrome base.

Designed in the early 2000s, today this table lamp is named Radius. Probably the name changed when the company changed it’s name from AV Mazzega into Mazzega 1946. Riflessi is the Italian word for reflexes. 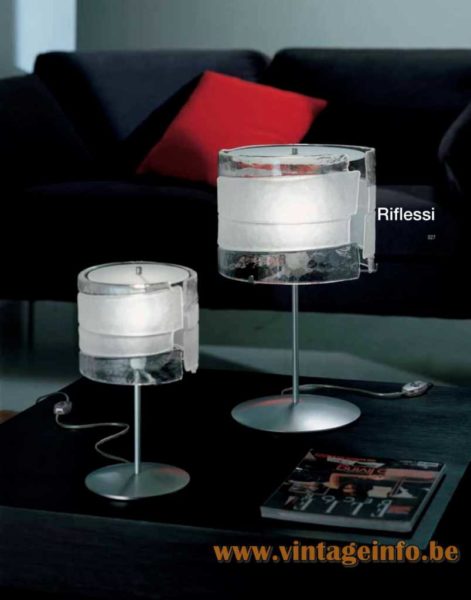 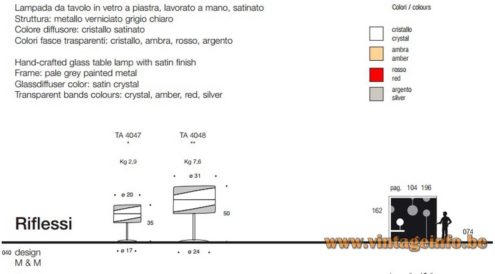 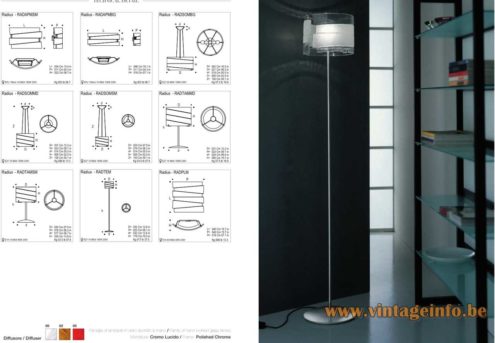 Many thanks to Mazzega 1946 for the catalogue pictures.