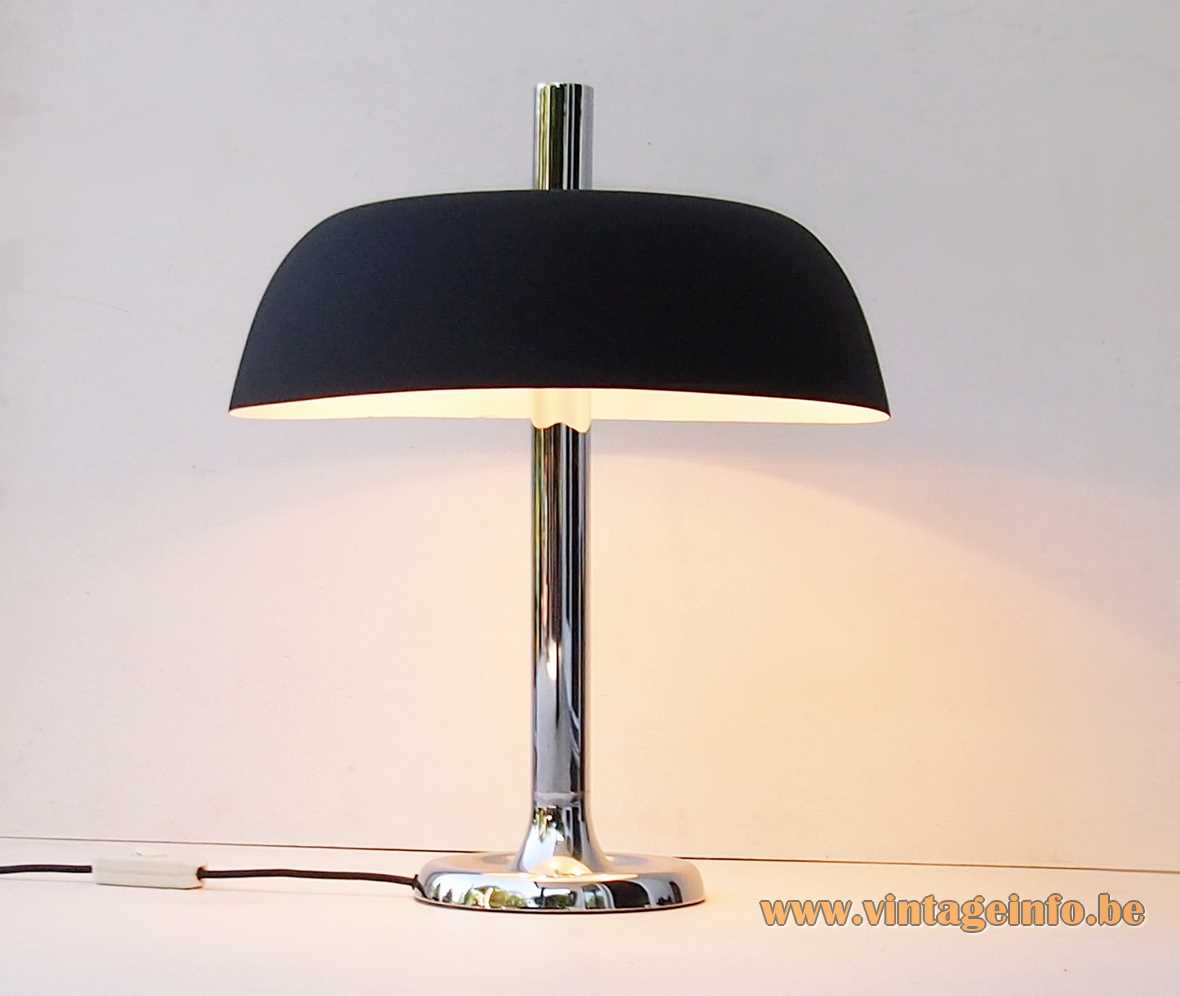 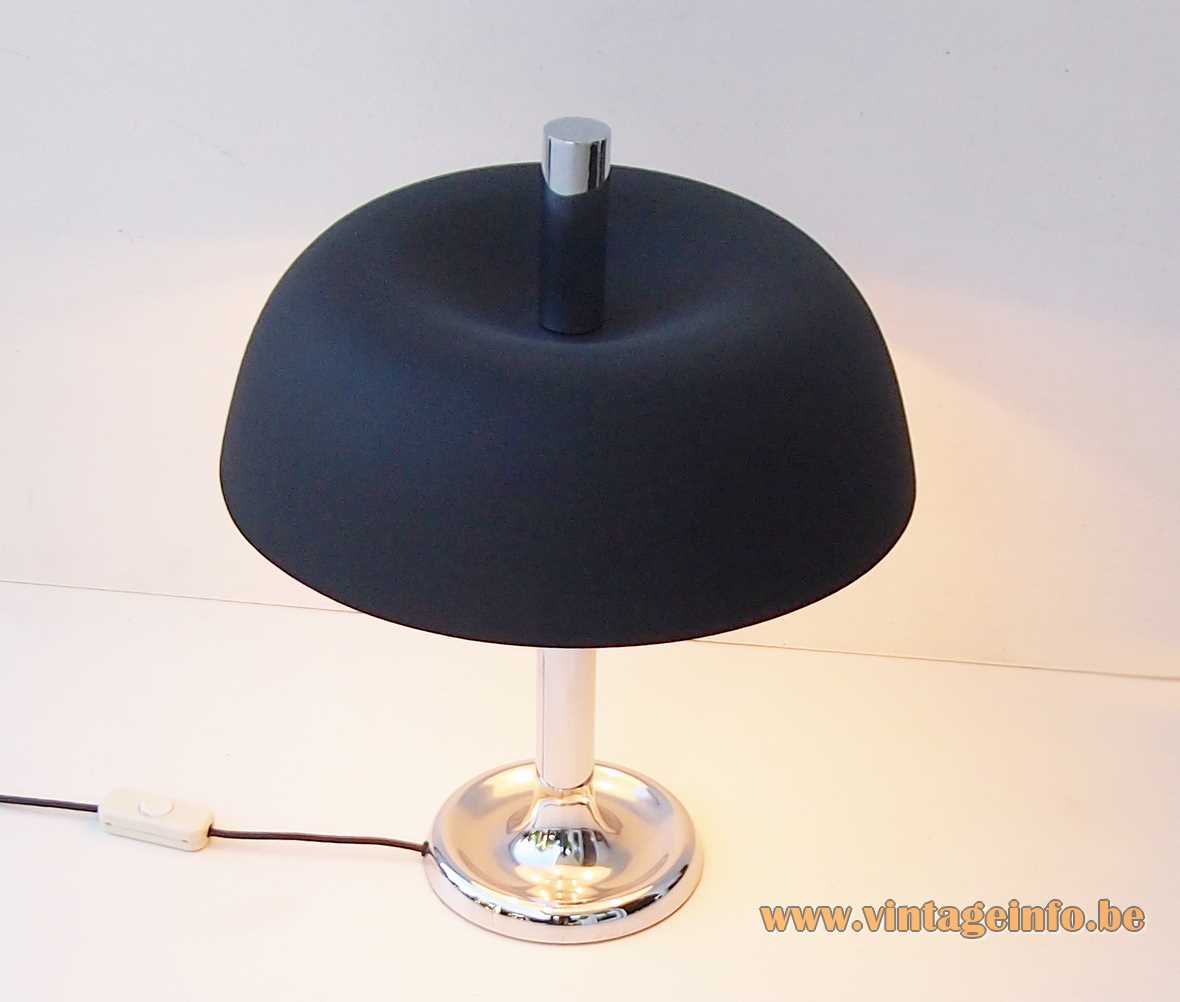 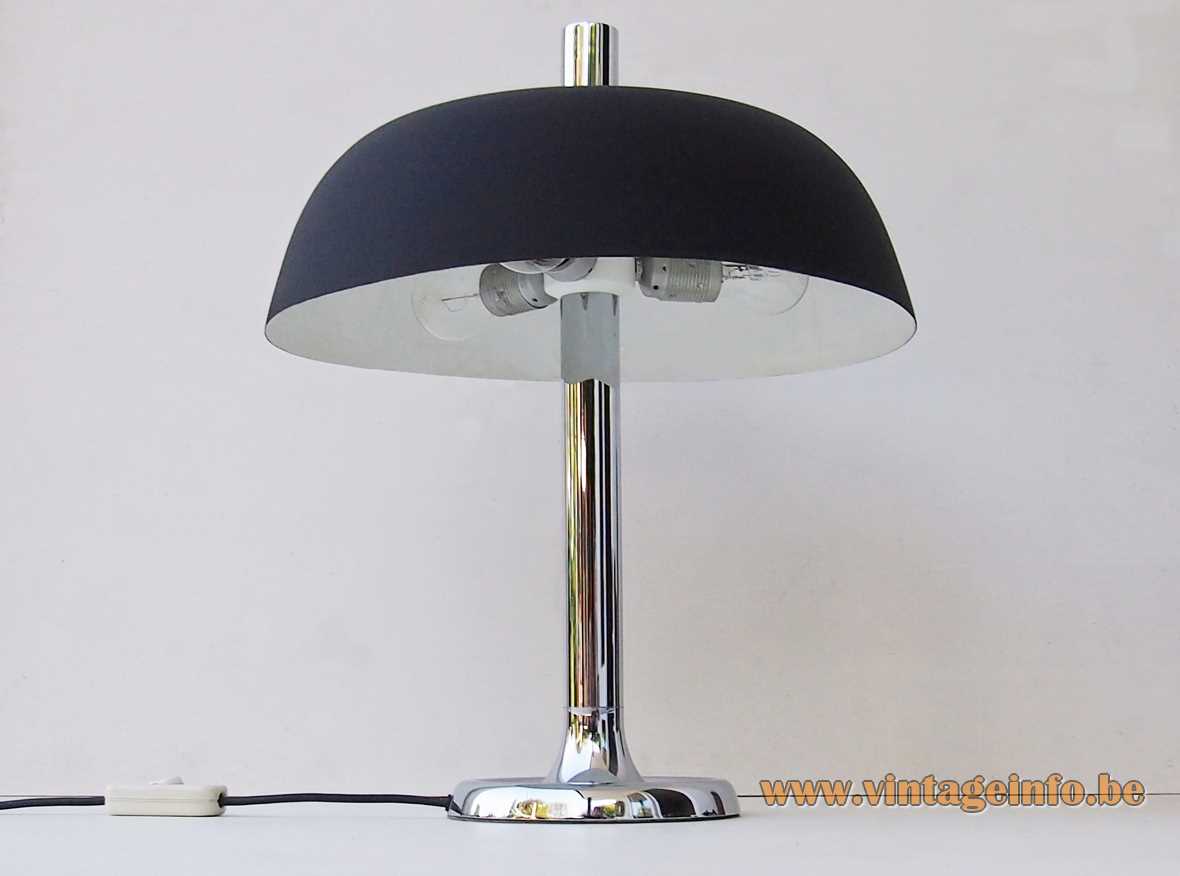 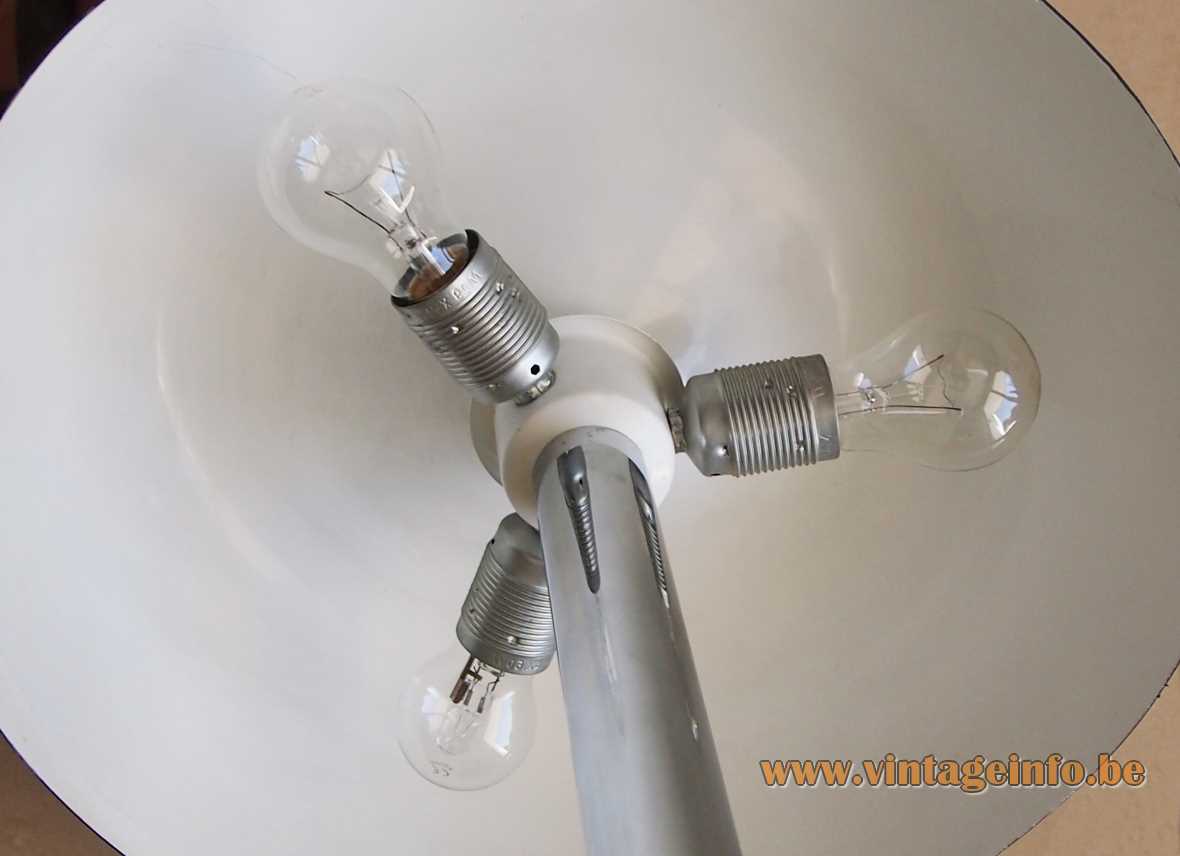 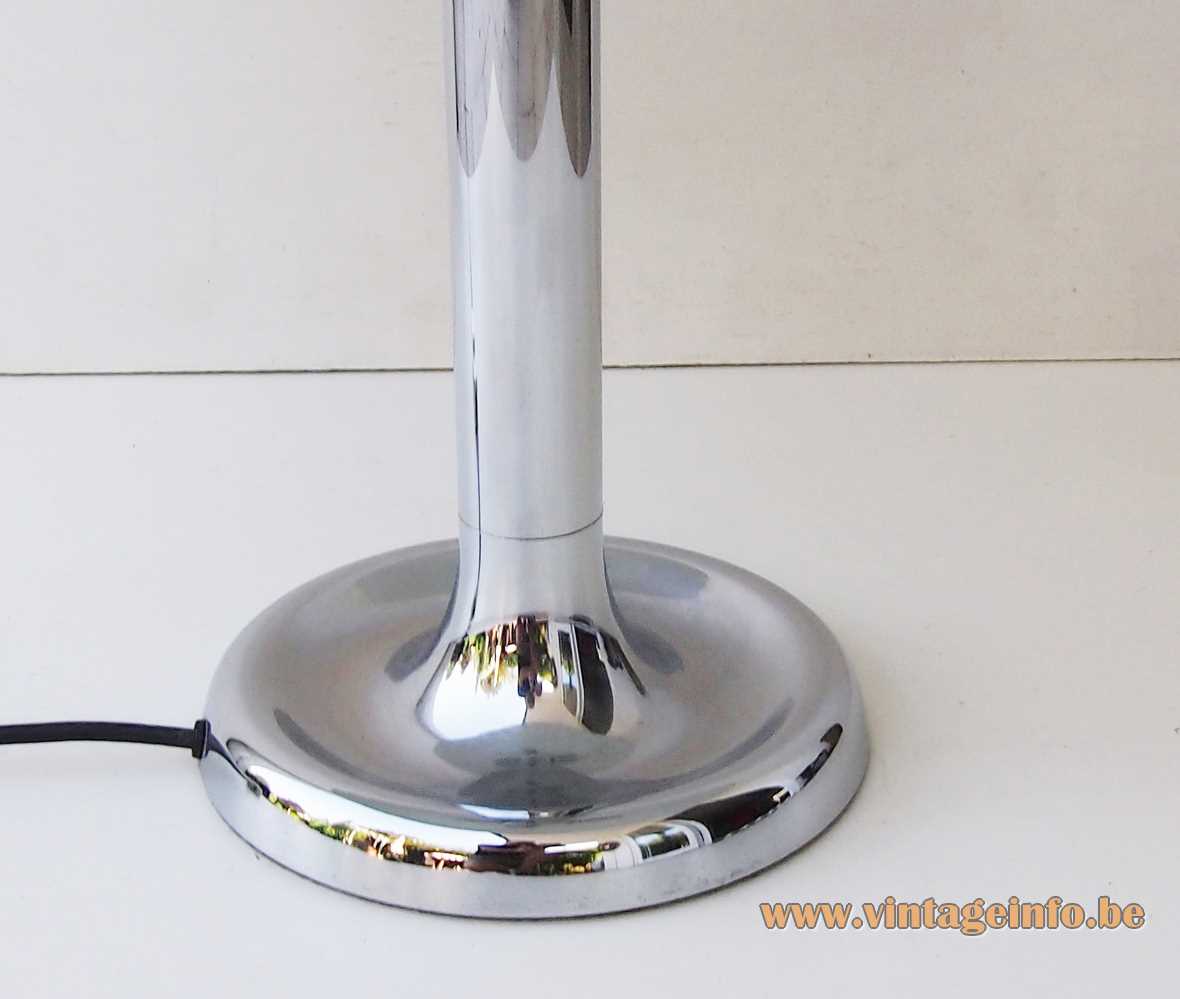 Hillebrand 7377 desk lamp – label on the bottom of the base

A Hillebrand 7377 desk lamp was used as a prop in the 2014 French drama film L’Homme Qu’on Aimait Trop (In the Name of My Daughter). Starring Catherine Deneuve, Guillaume Canet and Adèle Haenel. 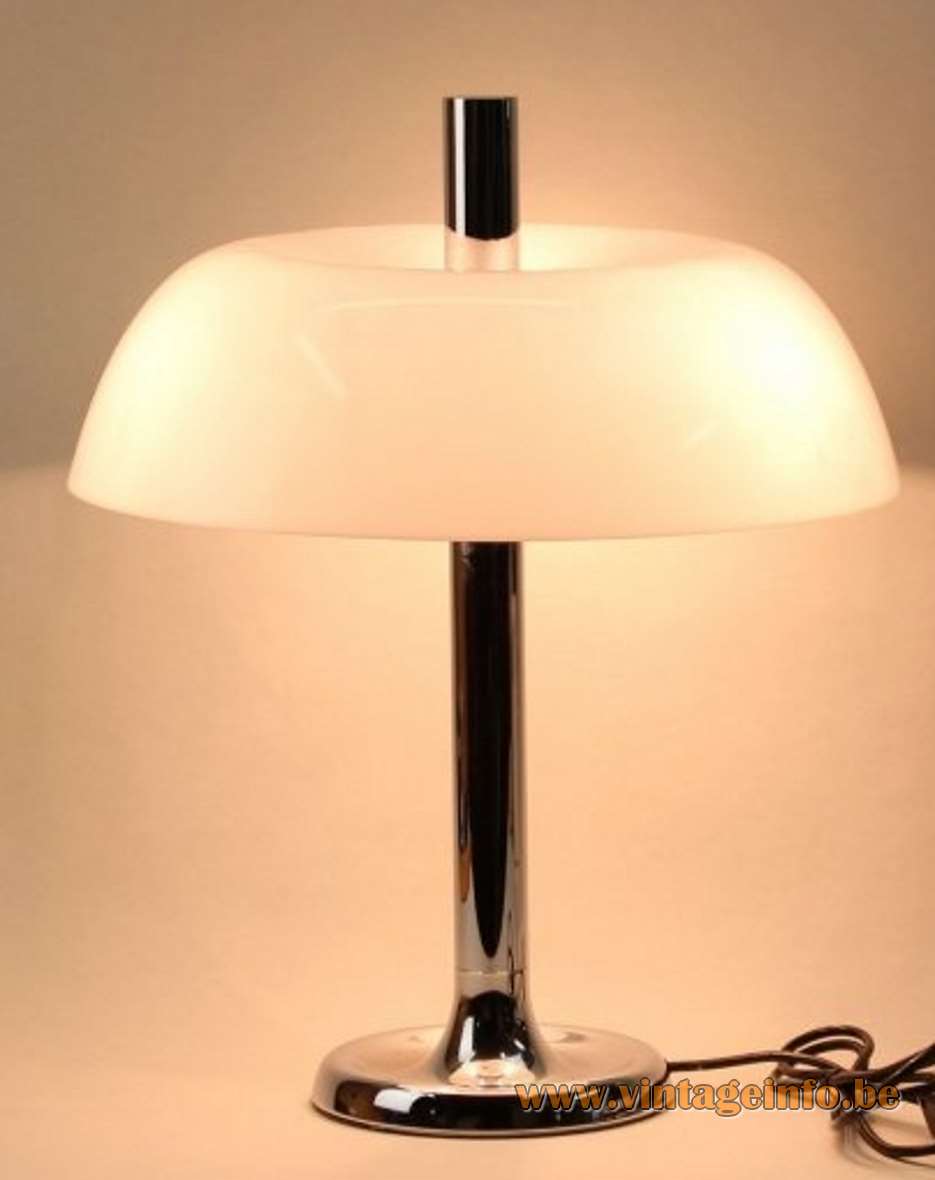 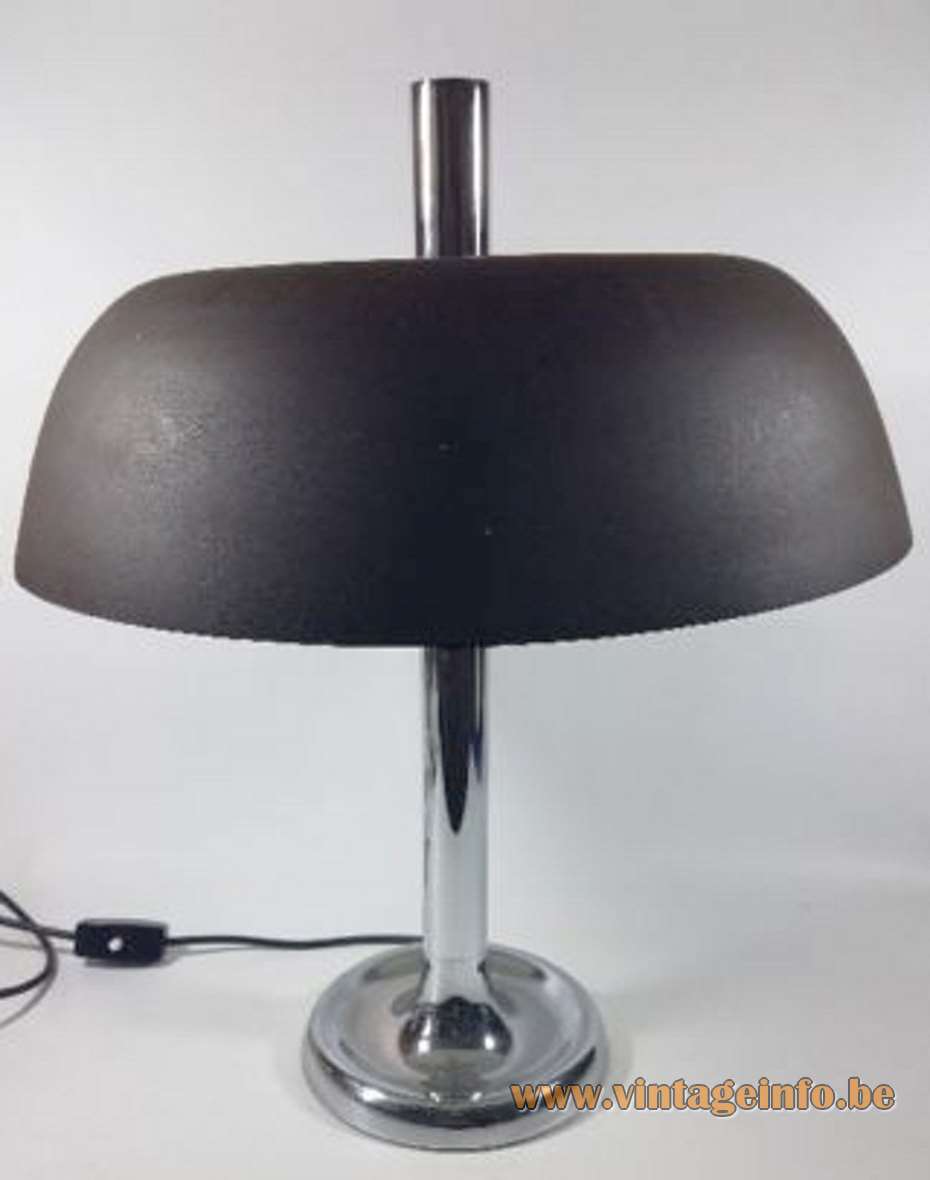 Other versions: This Hillebrand 7377 desk lamp was made in various colours. Made with a brass or chrome lamp base.

This table lamp received an iF-design award in 1973, together with some other lamps in the same style from the Hillebrand company.

Several table lamps and desk lamps in this style from Hillebrand have won iF-design awards in the 70s, 10 awards in total since the 50s.

Heinz Stahl got the idea for this lamp in 1973 after visiting the marble museum in Carrara, Italy. It was in production for more than 20 years.

A similar table lamp and several other Hillebrand lamps were also sold by the Dutch company Hagoort, as you can see in the catalogue picture from 1977. Hagoort produced lamps, but sold many lamps made by other companies.

Heinz F.W. Stahl is a graduate designer. After an apprenticeship and work as a toolmaker, he studied “industrial design” at the Werkkunstschule in Hannover. This is followed by design activities in Switzerland and 4 years of design in the broadcast and TV industry.

From 1968 to 1988 Heinz Stahl worked as a designer for Hillebrand-Leuchten in Arnsberg. He was engaged for the “modern” lighting. In that period most of the well known Hillebrand lamps were designed by him.

Since 1988, Stahl is independent with a focus on lighting, furniture, glass, consumer goods, toys and art objects. From 1988 to 2012 he was freelance designer for Bankamp Leuchten.

With the arrival of the son Franz, the operation was switched to the turn of the century in the manufacture of electrical lighting fittings and office furniture.
Around 1955, the collection was a representative, quality Rustic line “lights for restaurants and farmers bars“. The company filed for bankruptcy in 1995. 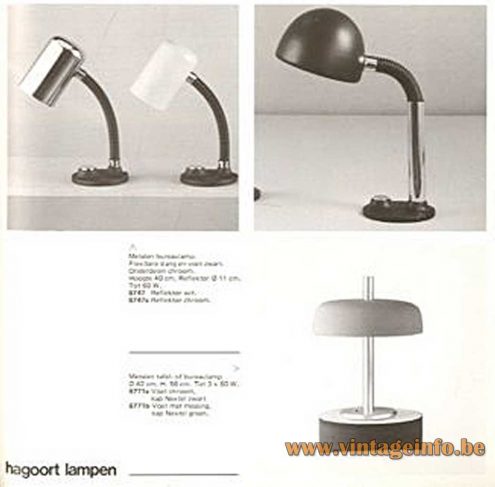 iF-Design Award for this lamp

Brass version of this 7377 desk lamp

Similar lamp made by Solken-Leuchten