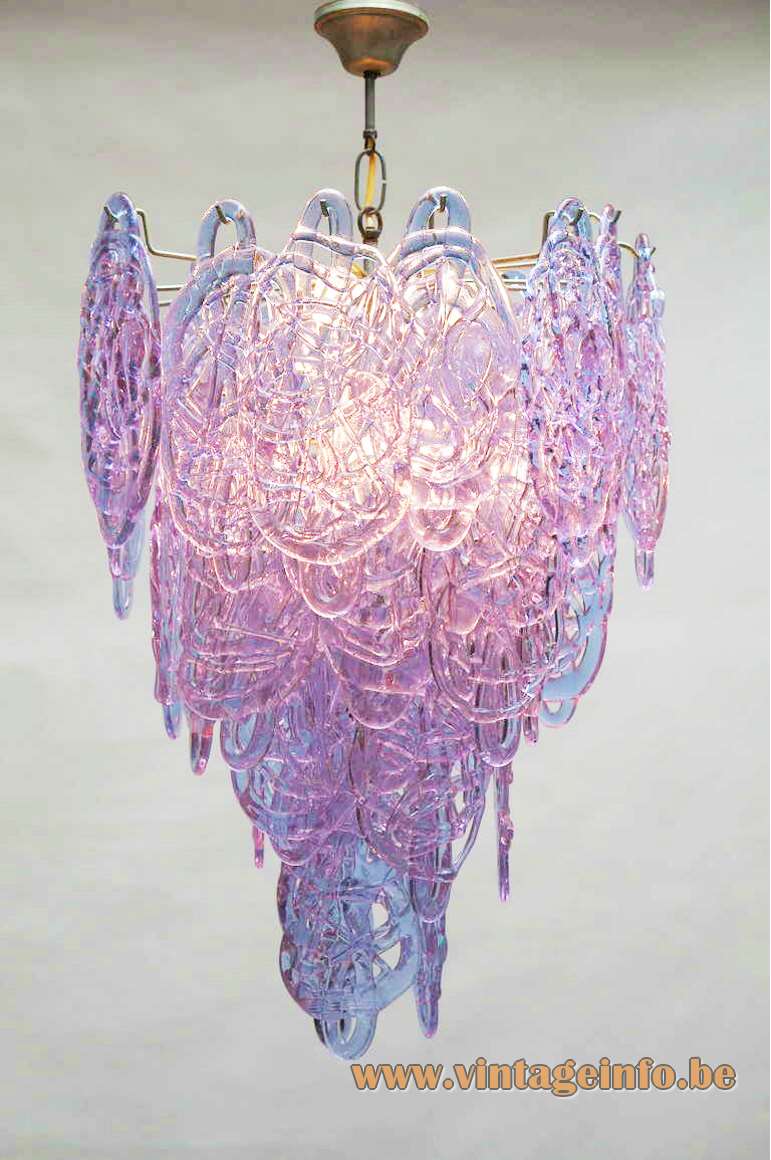 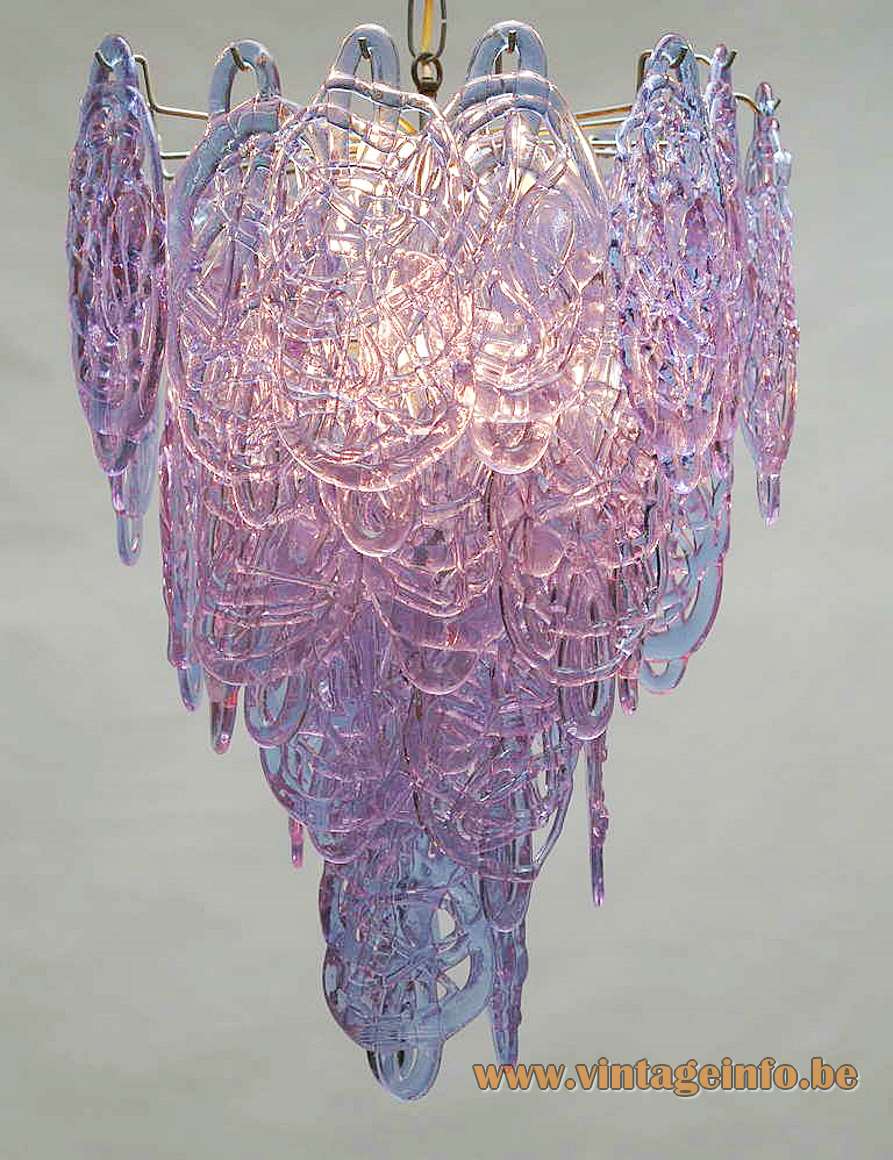 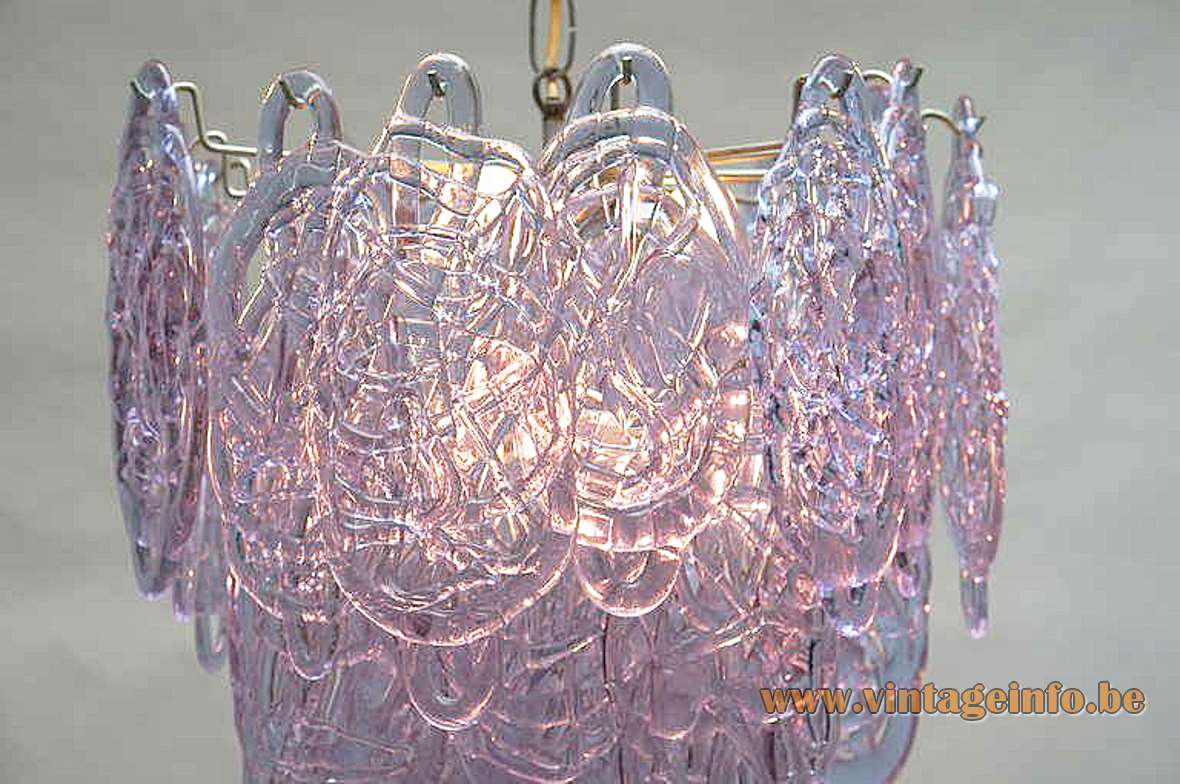 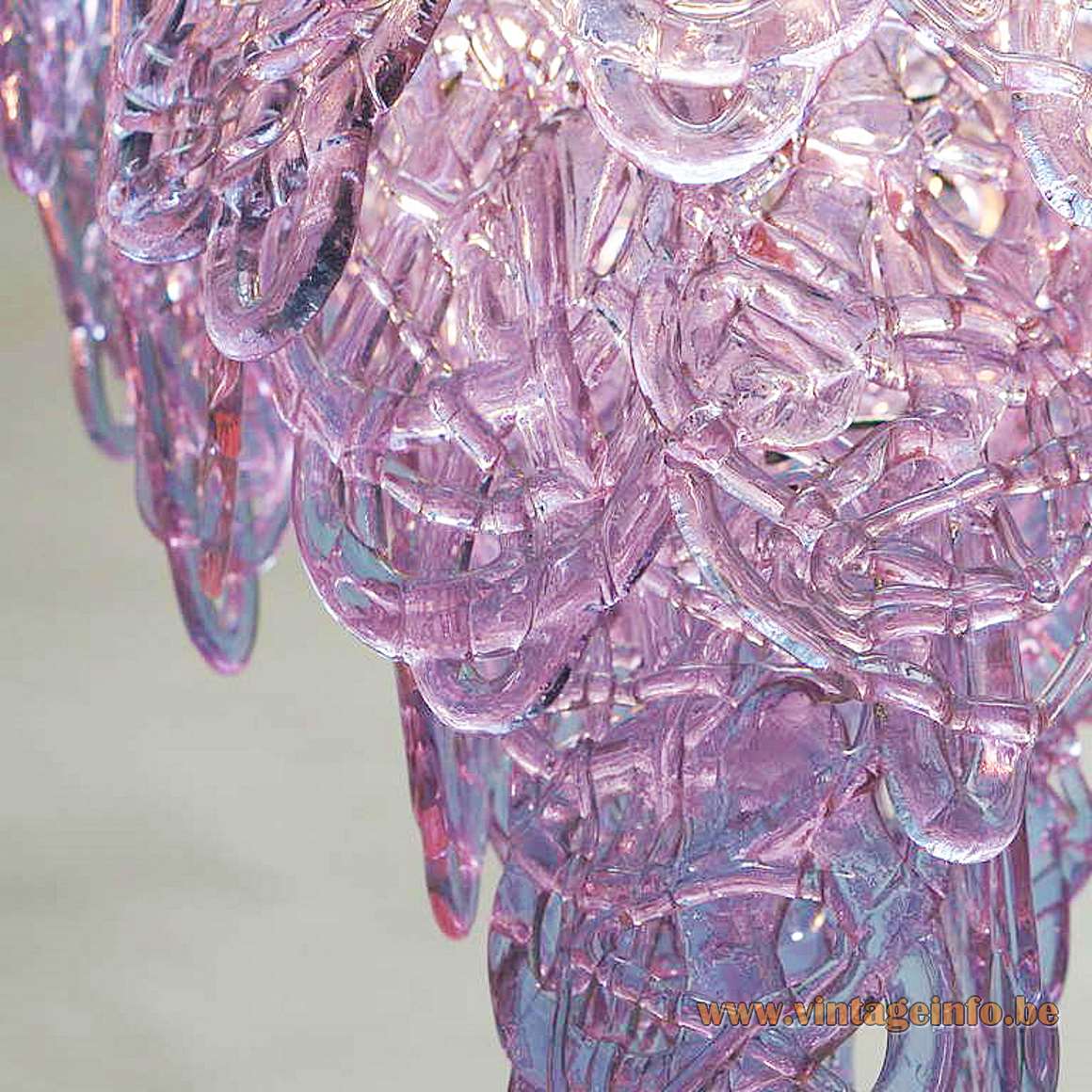 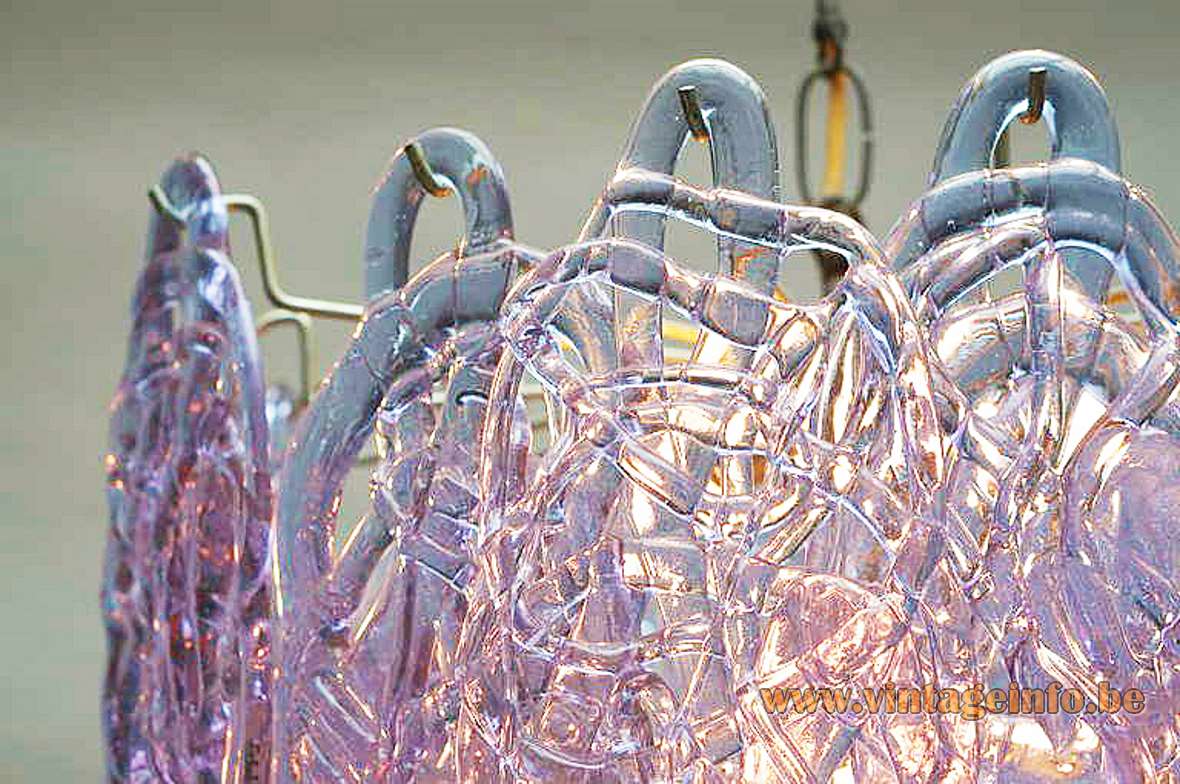 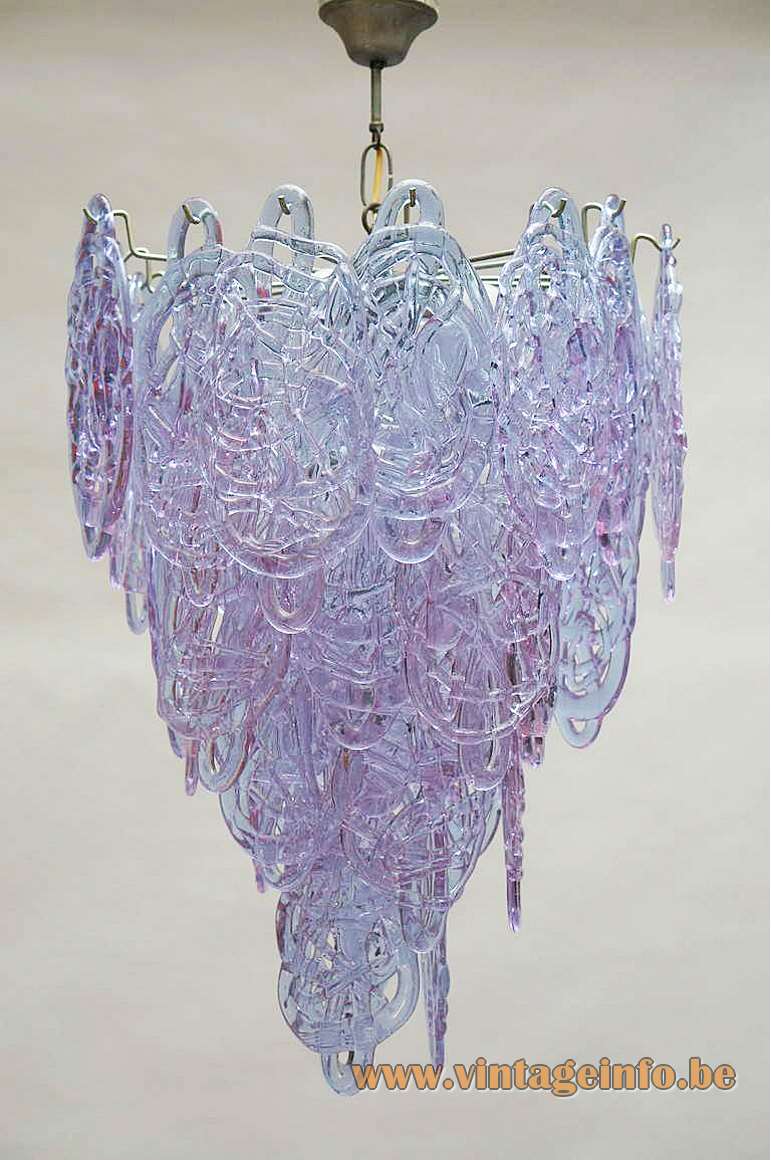 Other versions: This AV Mazzega spaghetti chandelier exists in many variations and colours. Made as a table lamp, floor lamp and wall lamp. Often named “spun sugar” lamps. “Zucchero filato” in Italian. Others name it a “pretzel” chandelier. Often described as a lamp made by “Vistosi for Mazzega“, but that is nonsense. Vistosi is another Murano company.