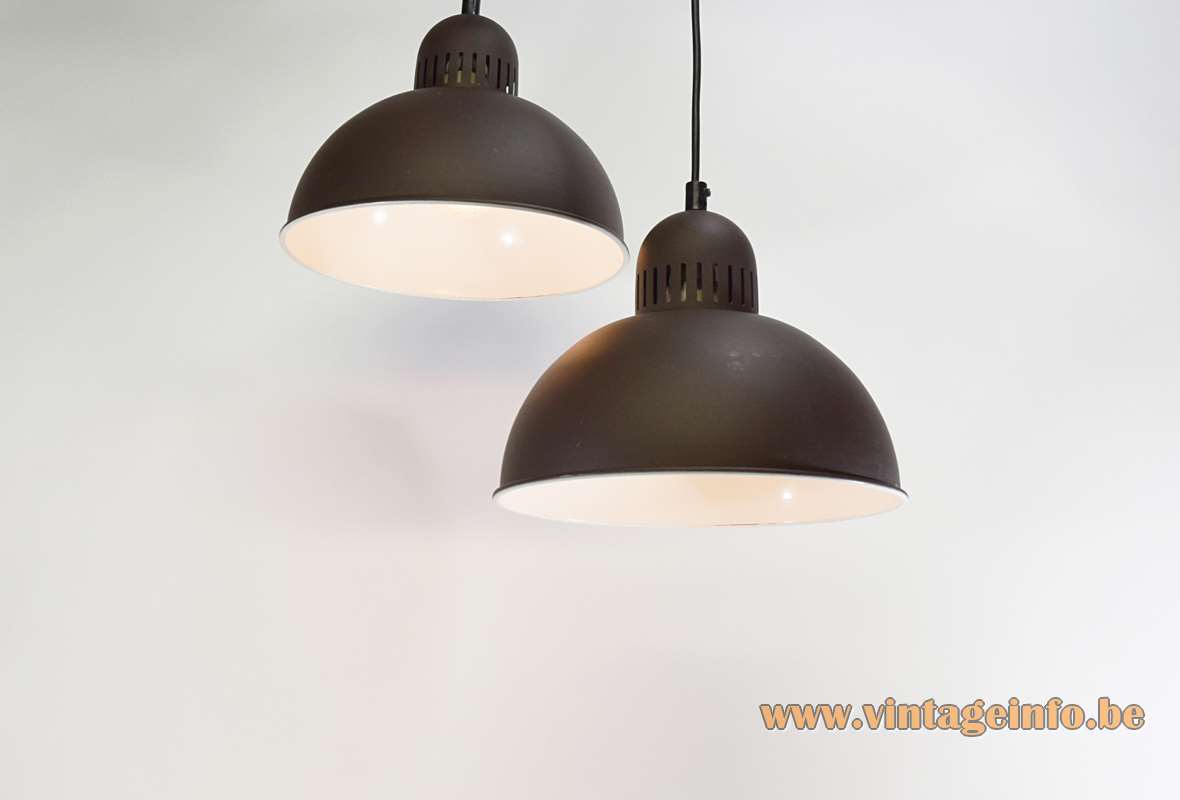 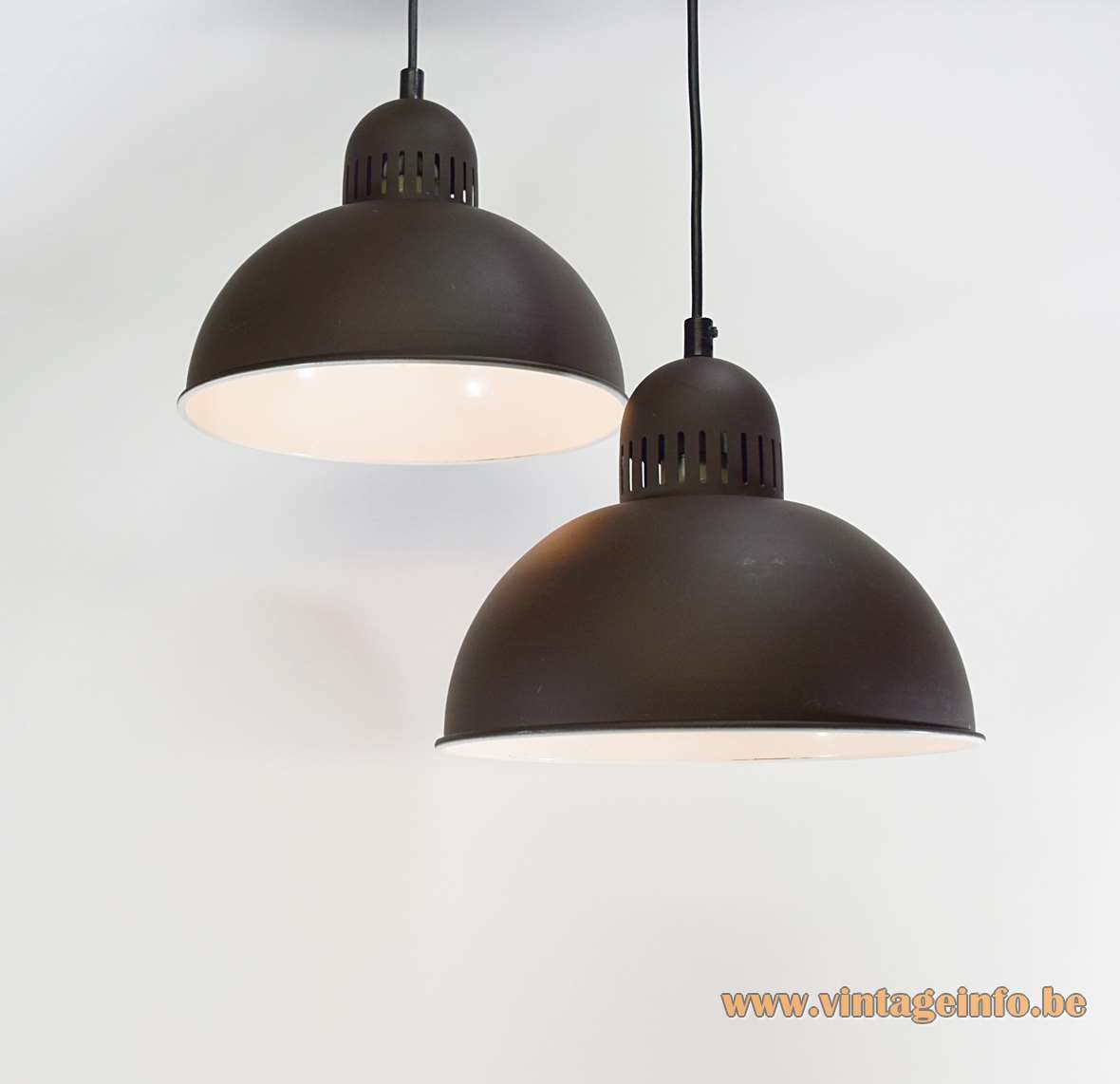 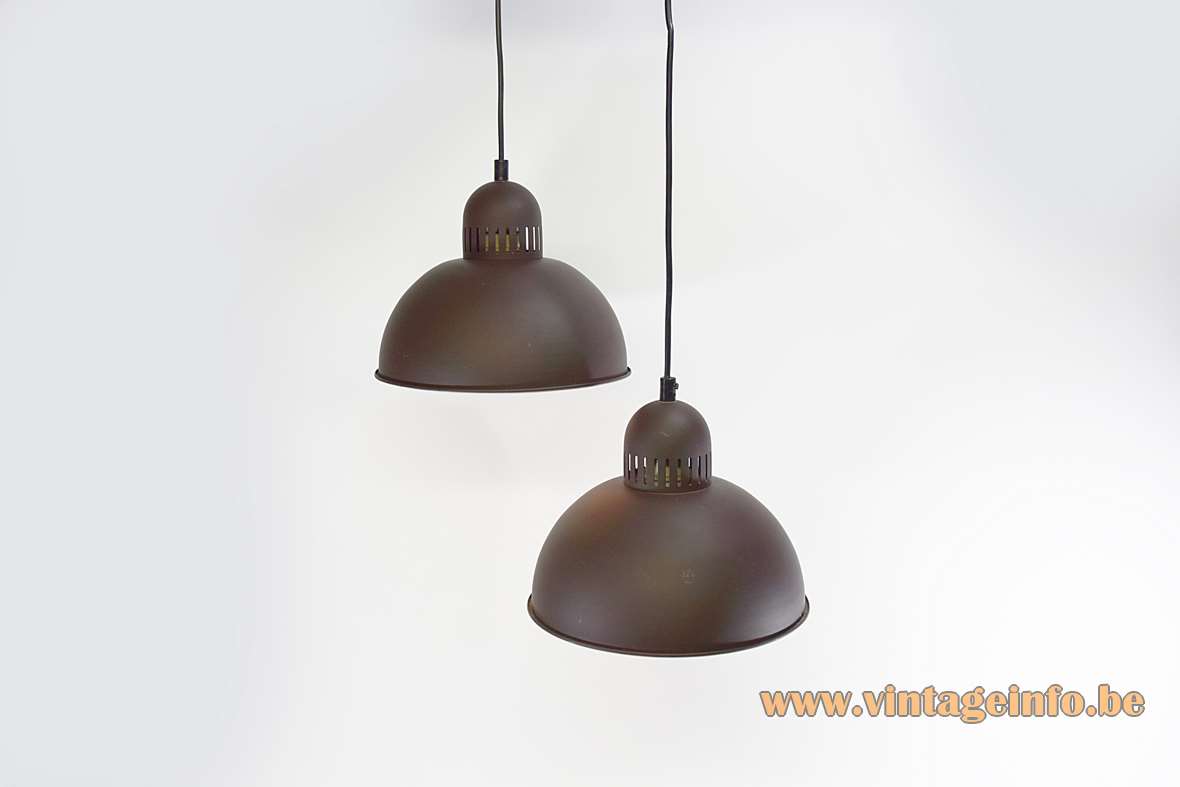 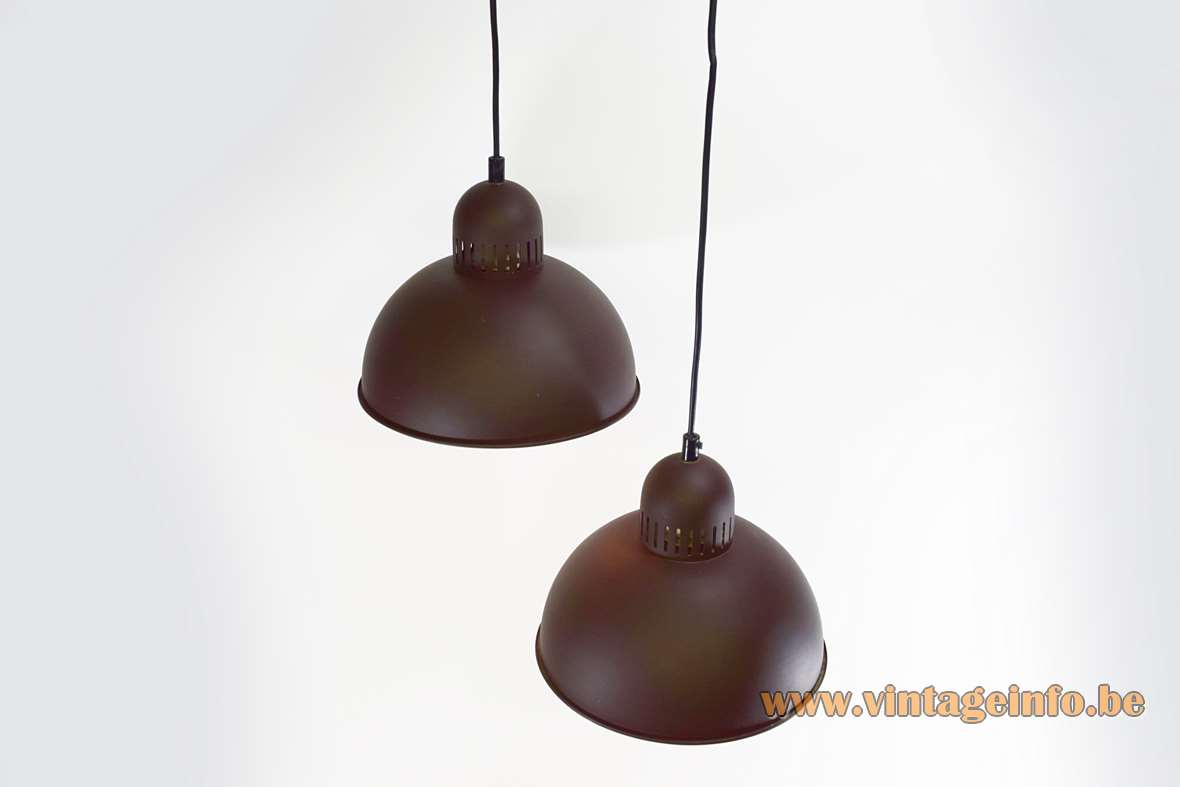 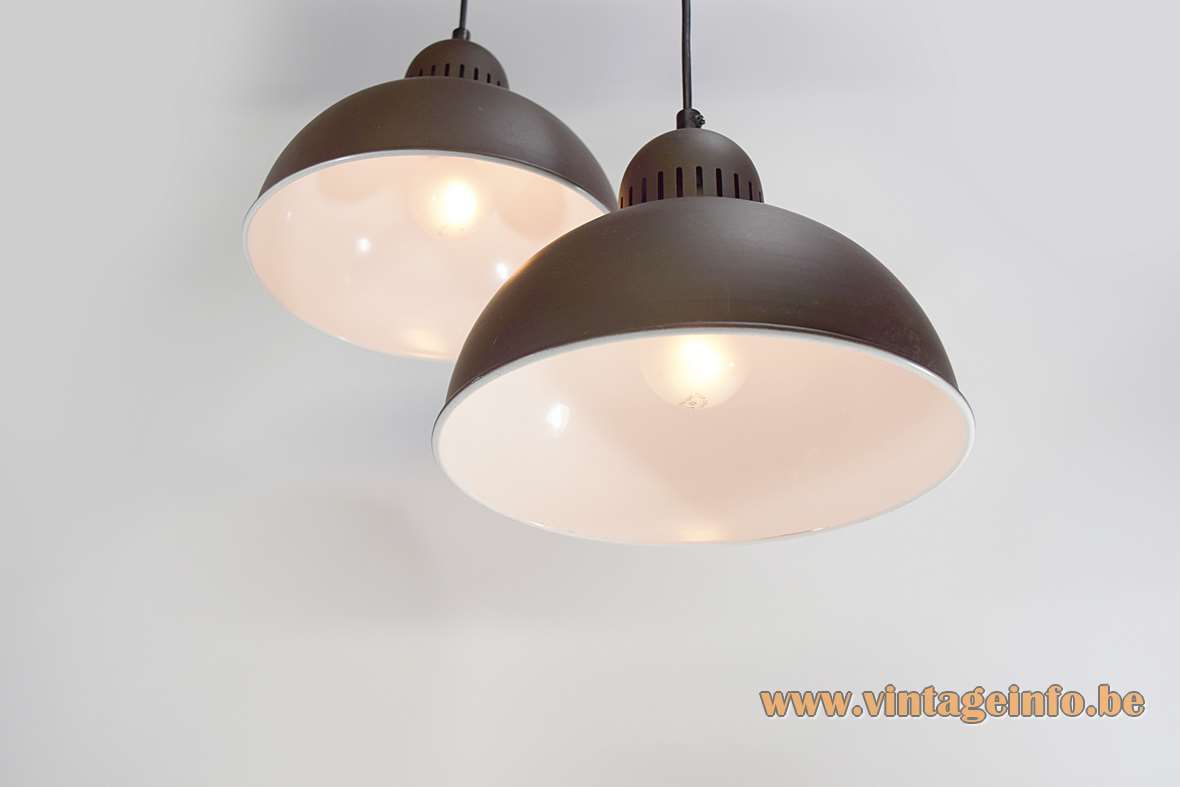 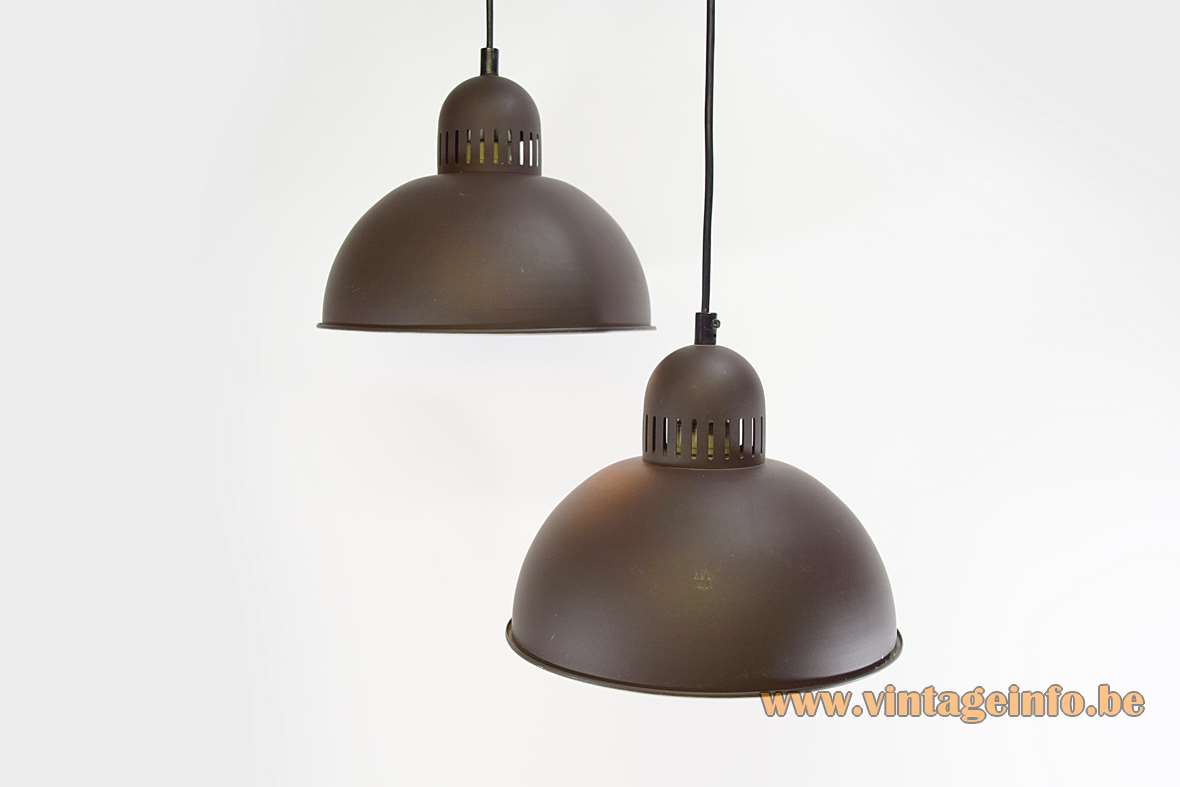 Materials: Half round lampshades. Brown mat painted on the outside, white enamelled on the inside. White painted Bakelite socket. Some plastic parts.

Other versions: This 1970s enamelled metal pendant lamp was in all probability produced in several colours and sizes.

Rare seen lamps with an industrial look and feel. White enamelled on the inside, as they did a long time ago. However, the colour brown was popular at the end of the 70s, early 80s. And also the wiring tells that they are from the same period.

Although they have no marks whatsoever, presumably they were produced in Germany. Many lamps from that period in this brown colour were produced over there.

Do you have an idea? Please let us know through the contact form and help improve the websites exactitude. Your help is much appreciated.

Vitreous enamel, also called porcelain enamel, is a material made by fusing powdered glass to a substrate by firing. It was often used for lamps produced before the Second Word War. 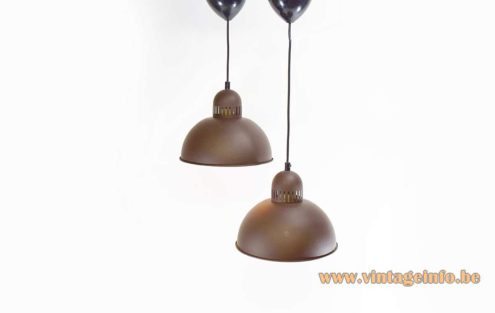