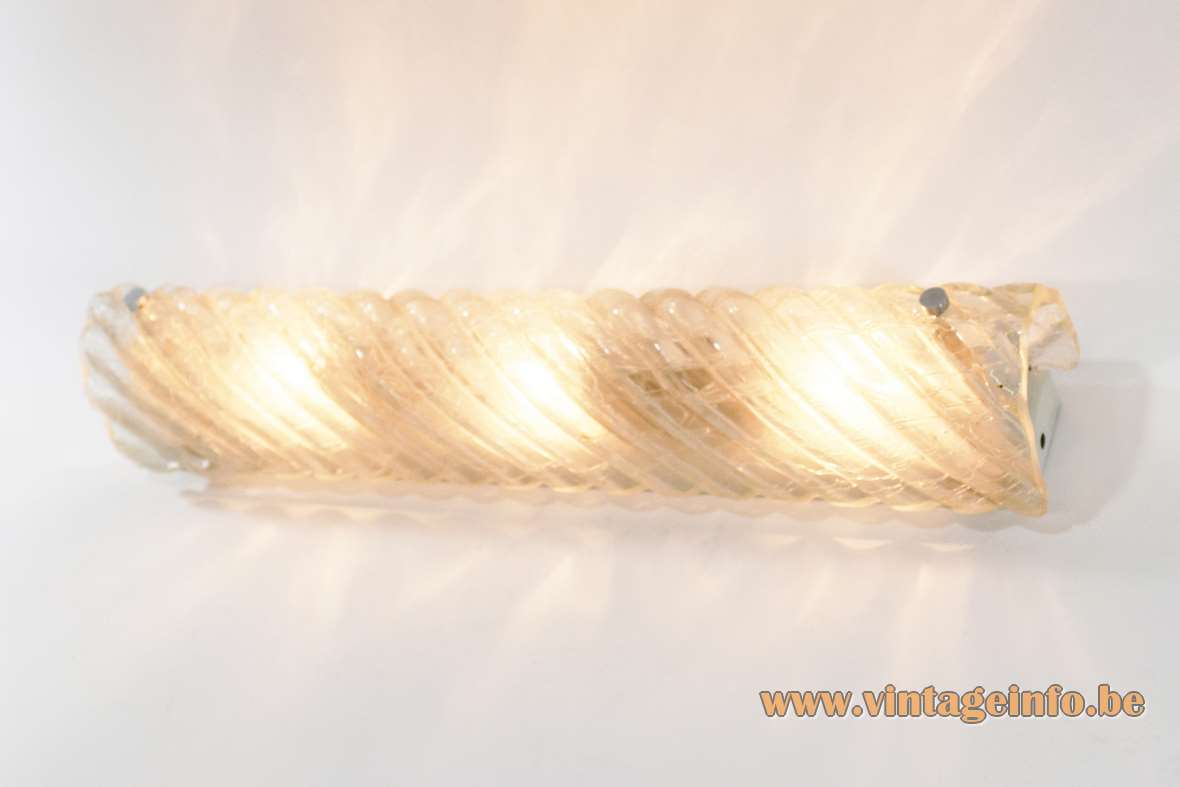 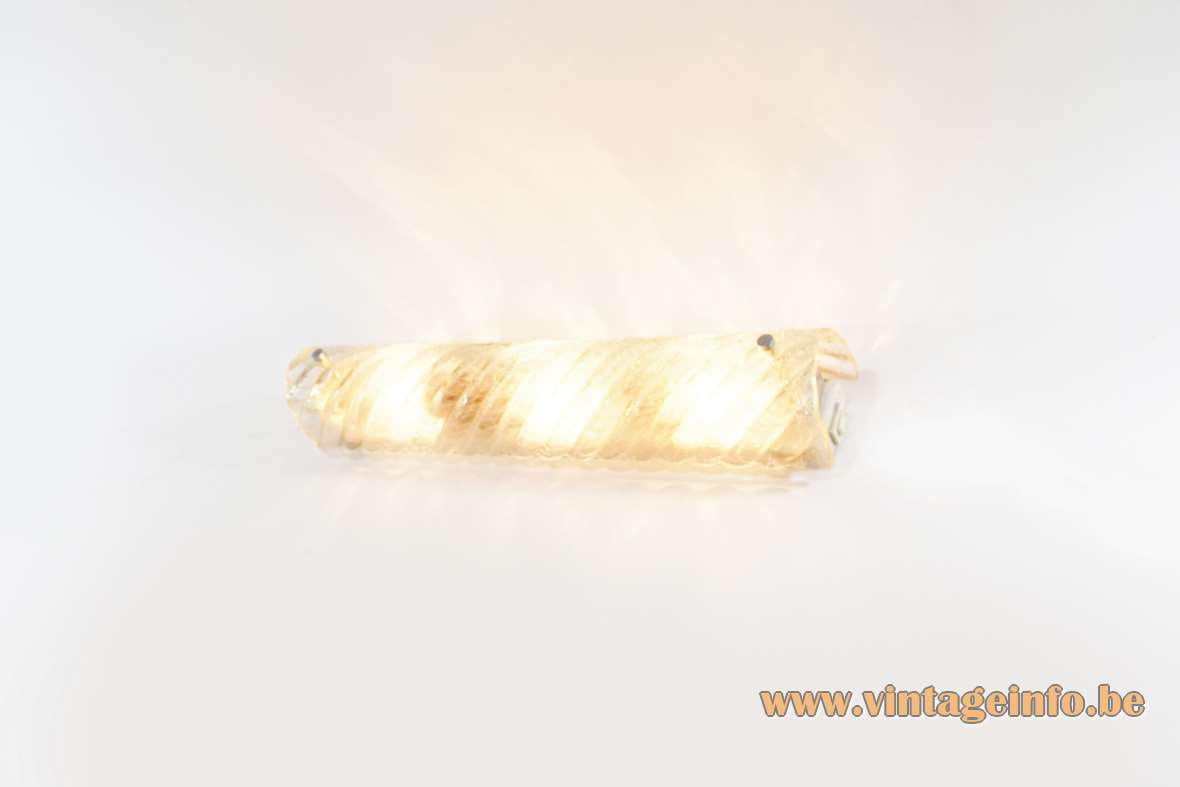 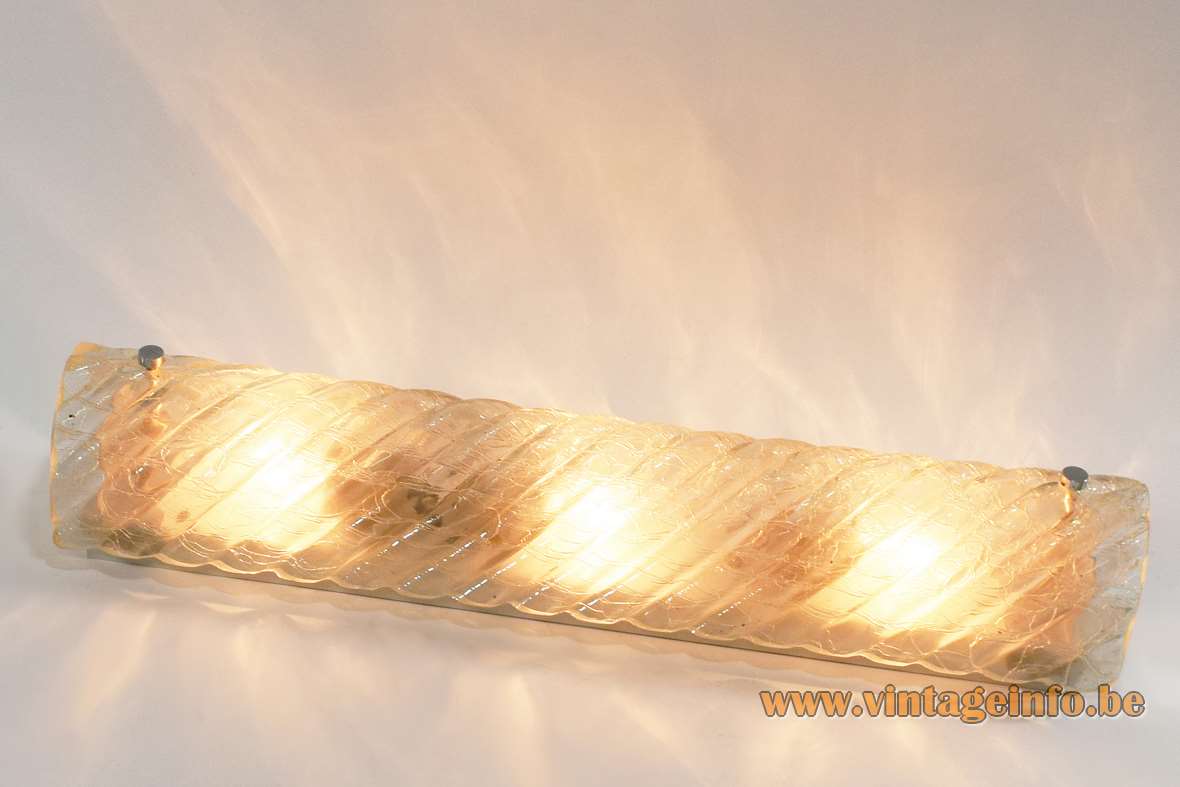 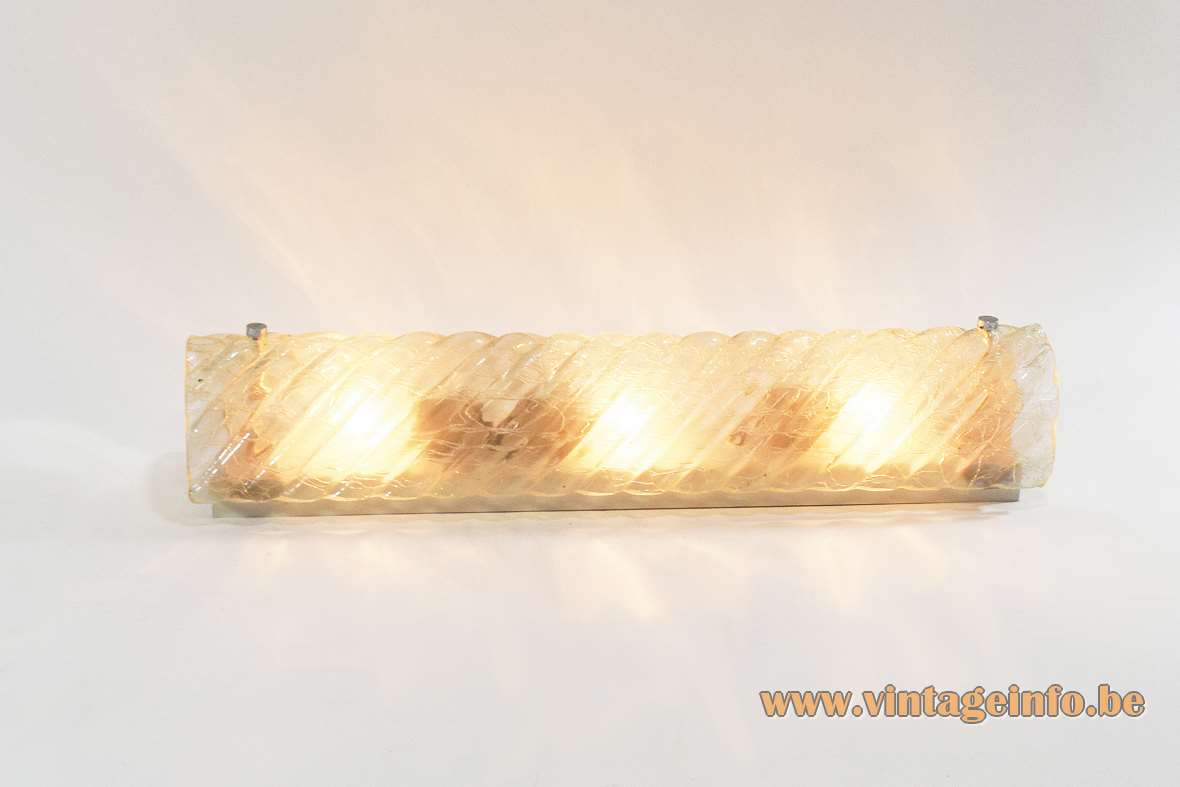 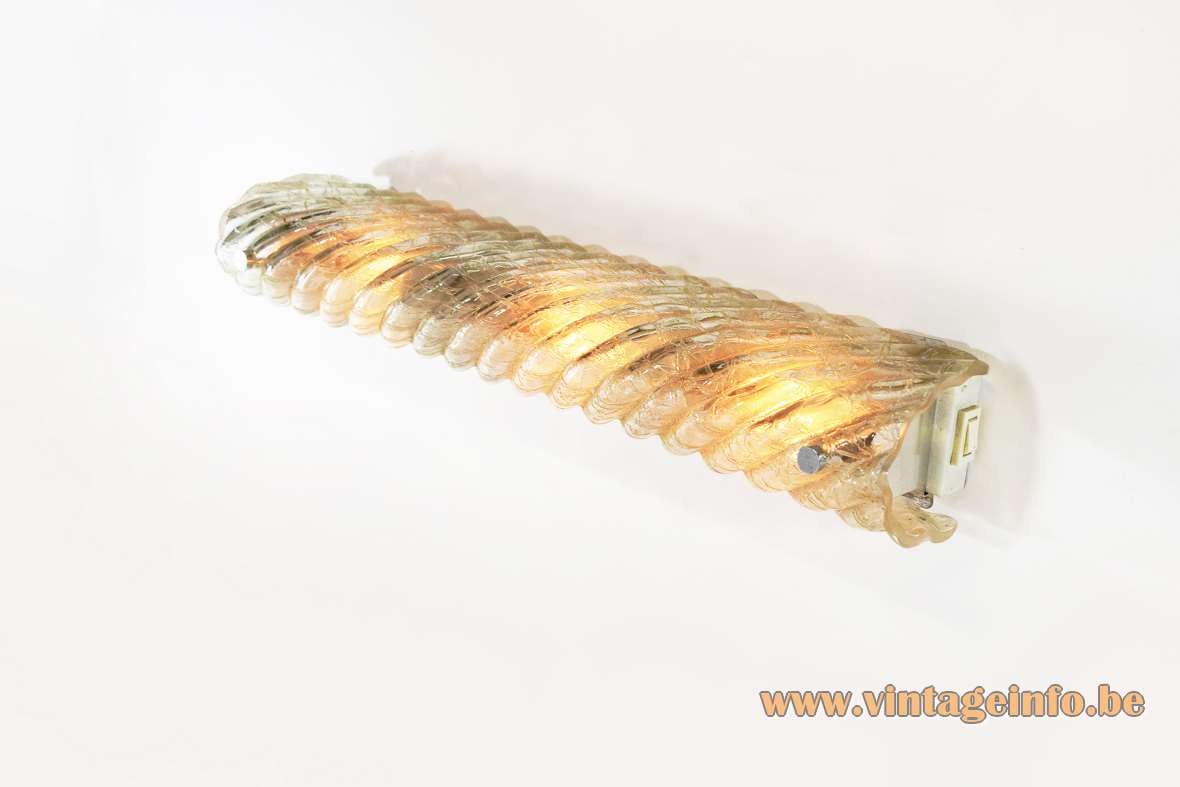 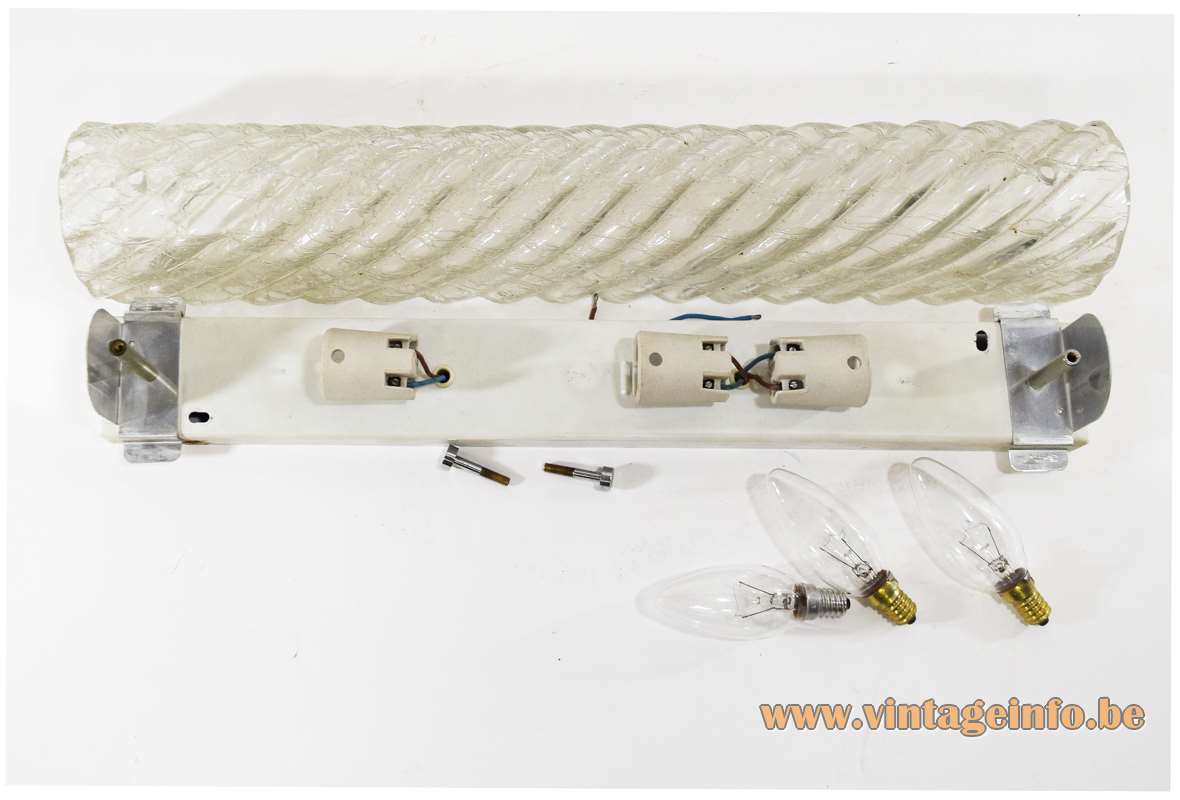 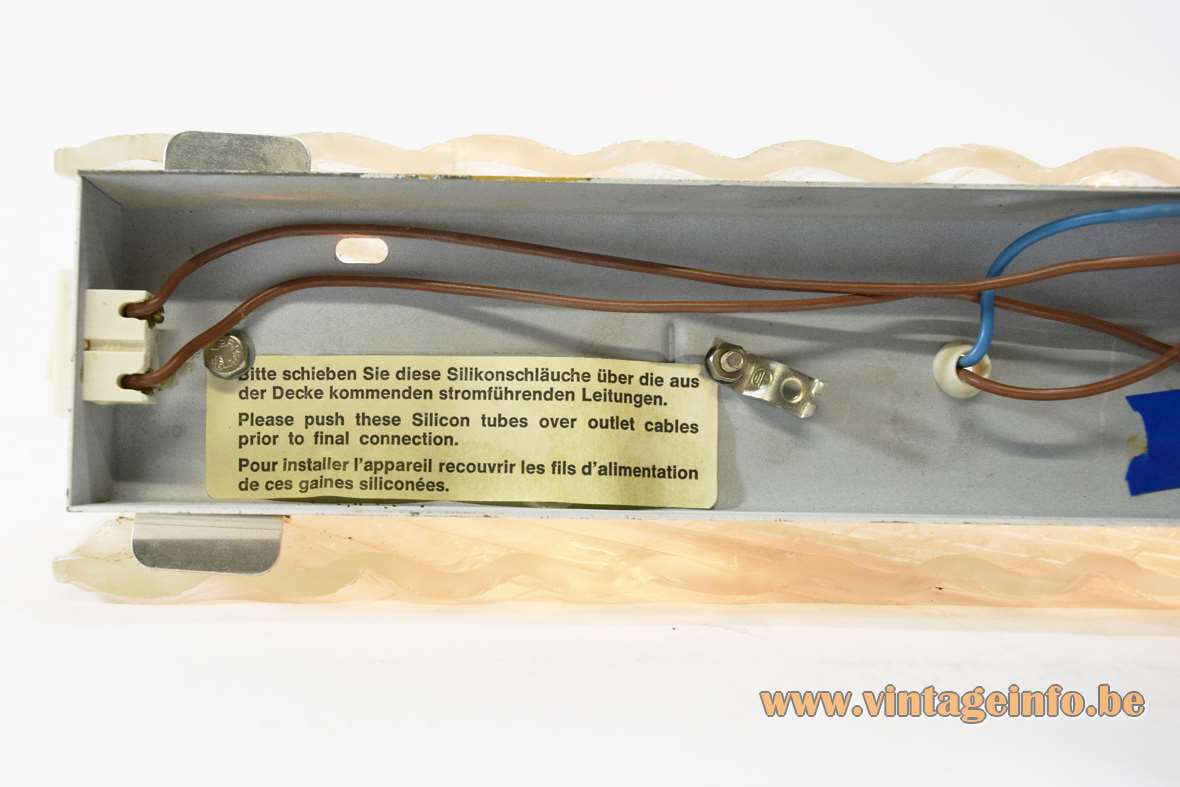 Other versions: Hillebrand produced several different wall lamps in this “Murano” style. Different texture in the glass, other formats. In all probability this 1970s crackle glass bathroom mirror lamp is made by Hillebrand, but the label is missing.

The glass of this 1970s crackle glass bathroom mirror lamp is made in the Barovier&Toso style. Barovier&Toso produced many lamps in this way, often with gold flakes inside. Many companies made similar lamps. For example, Carl Fagerlund designed several lamps for Orrefors like this in the 60s.

The only label inside is written in 3 languages. First German, than English and underneath French.

The Hillebrand company is most well known for it’s large range of desk lamps. Several examples can be found here on Vintageinfo.

Other designers that worked for Hillebrand

The switch is made by Acciarri, an Italian company. Acciarri is an Italian family name, mostly found on the east coast of the country. Nothing to be found about this company, it must be long gone. Acciarri also produced switches and other electric parts for Reggiani, the famous Italian lightning company. Also Massive from Belgium used Acciarri parts. And many other companies, of course.

It is not so exceptional that the electrical components are Italian. Many European light producers used Italian parts. 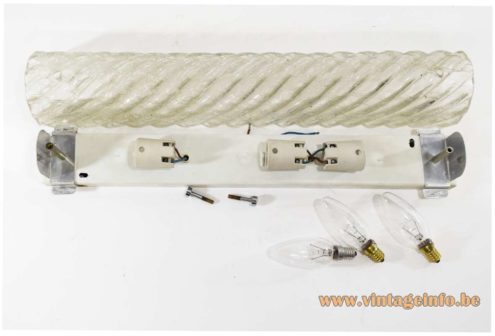