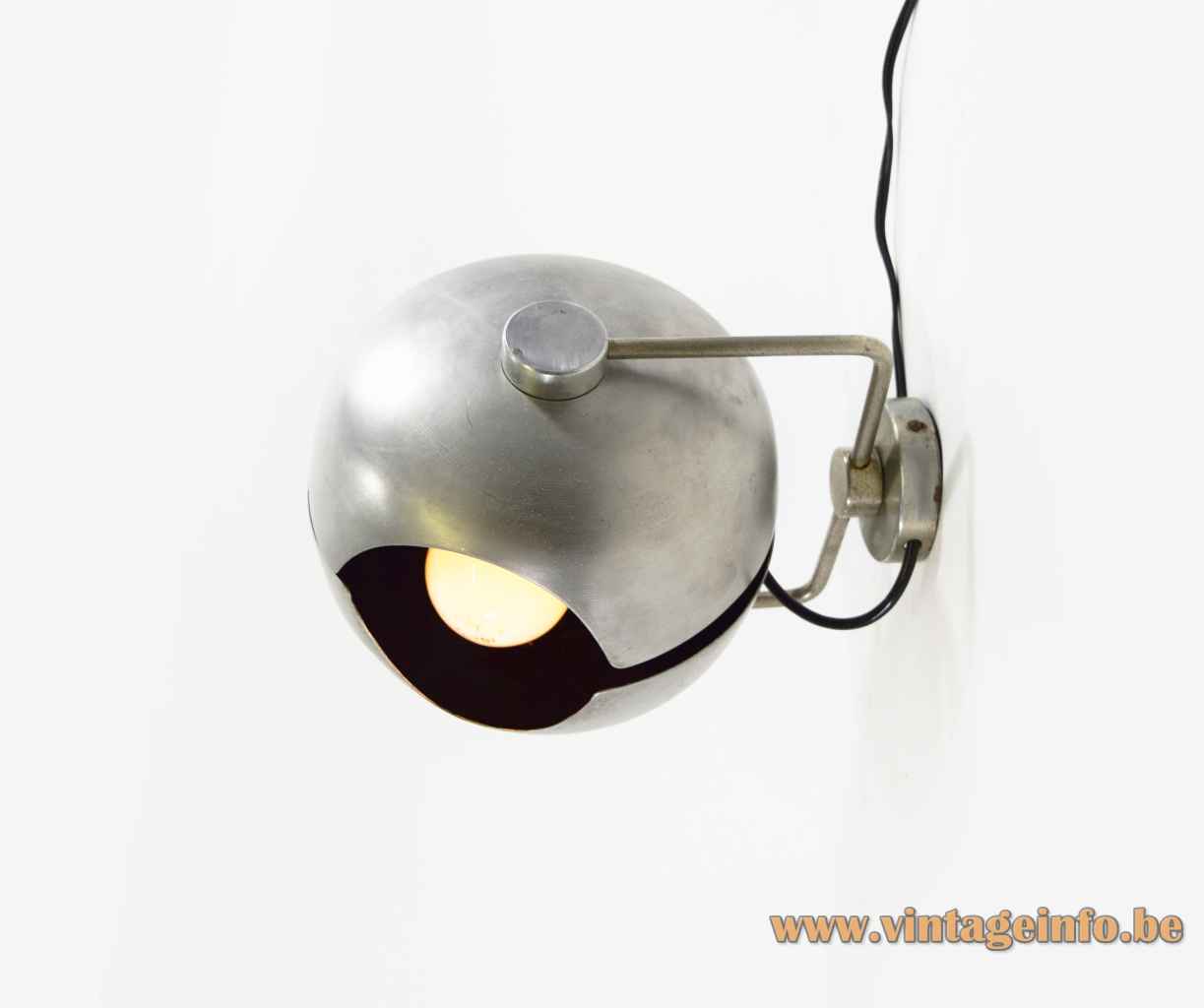 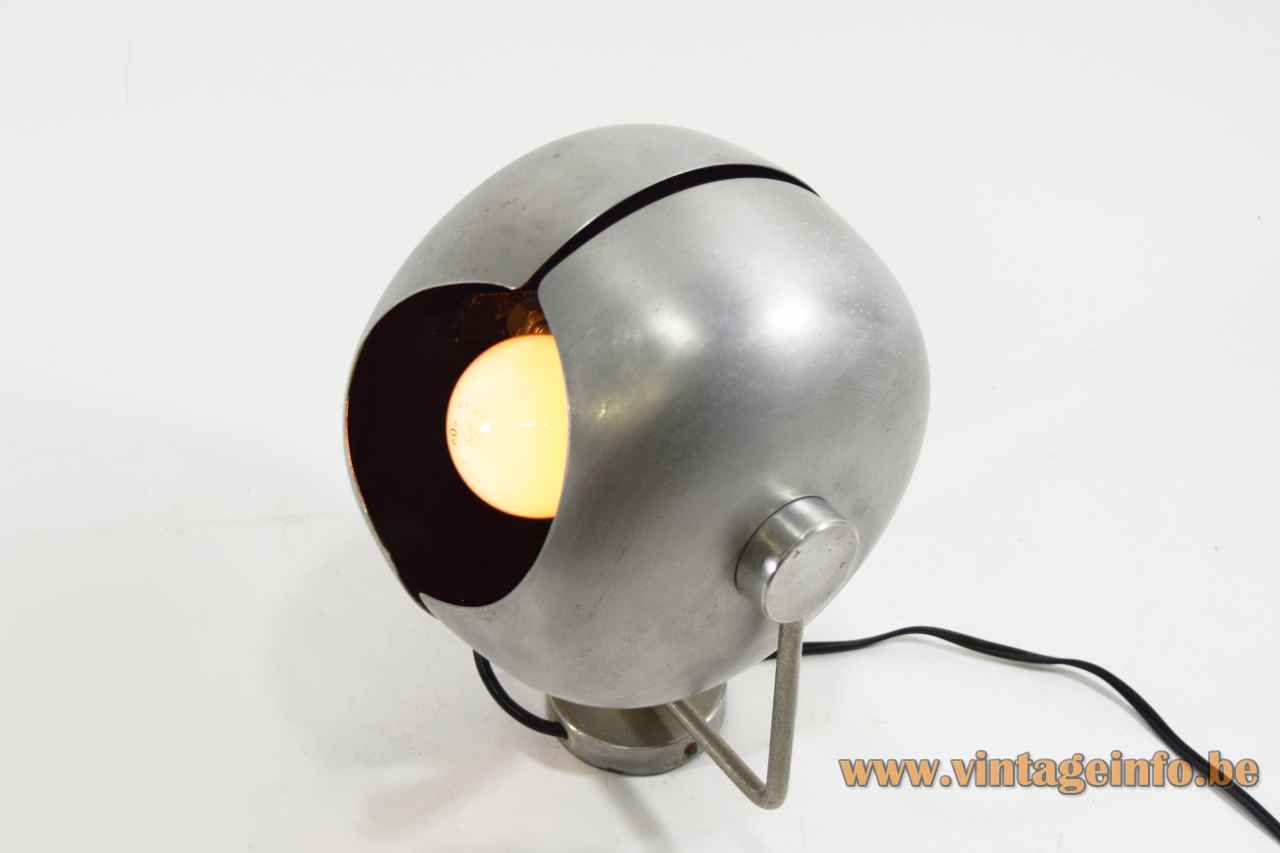 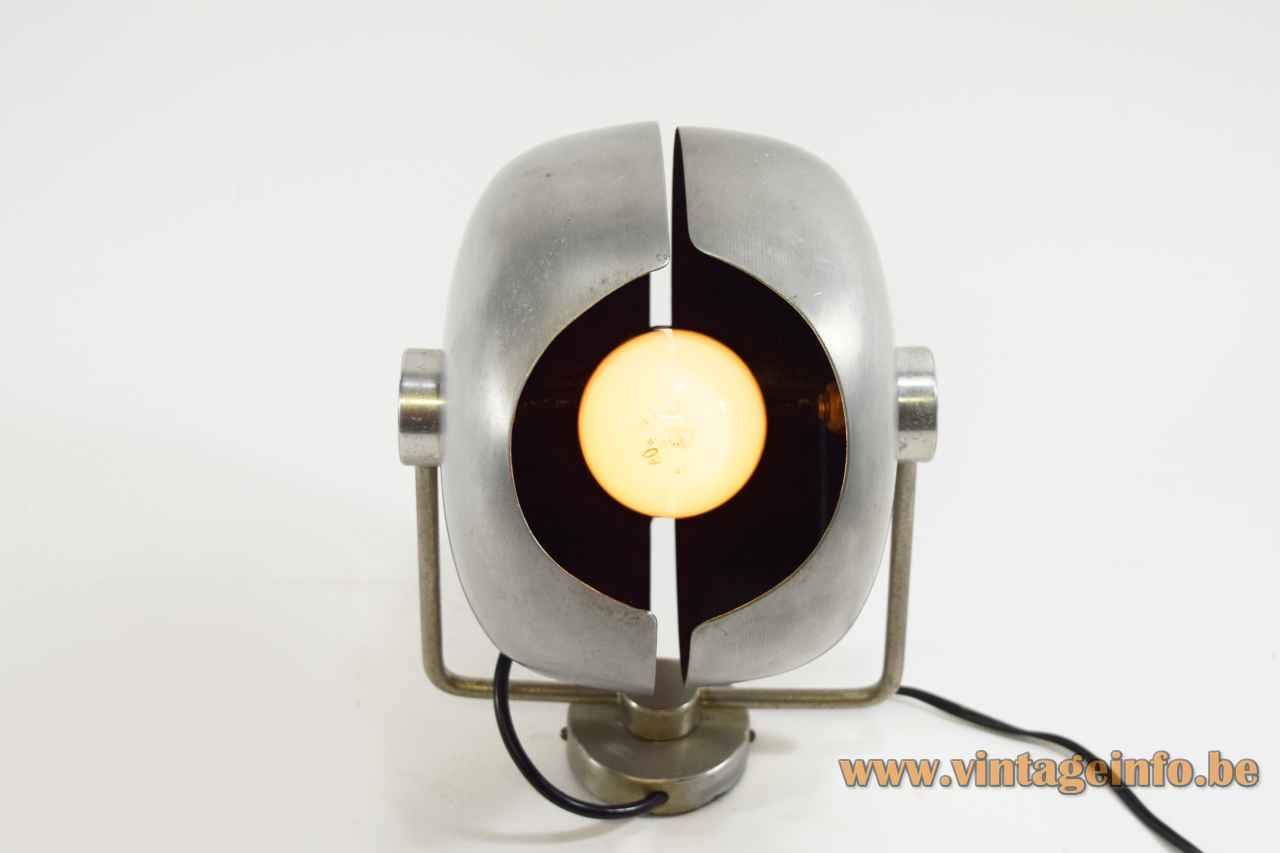 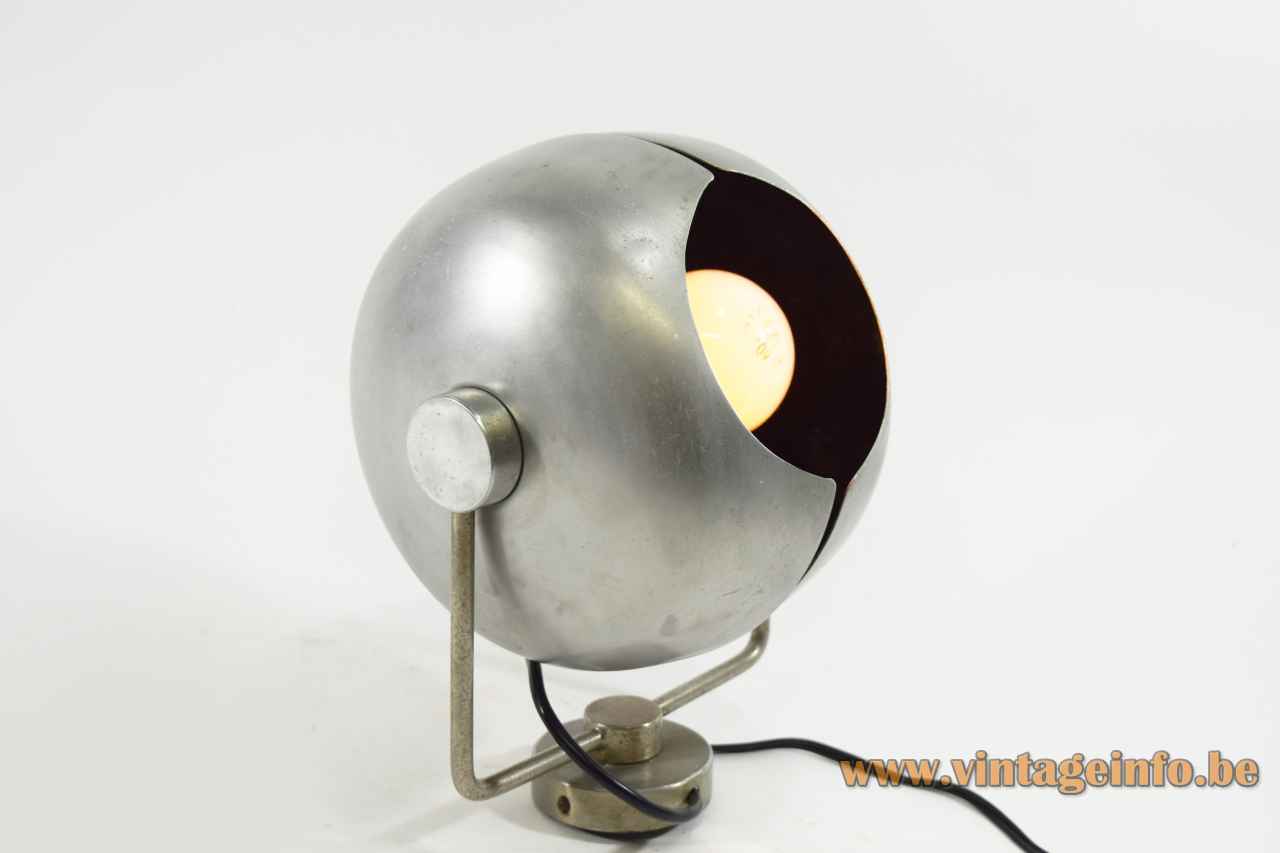 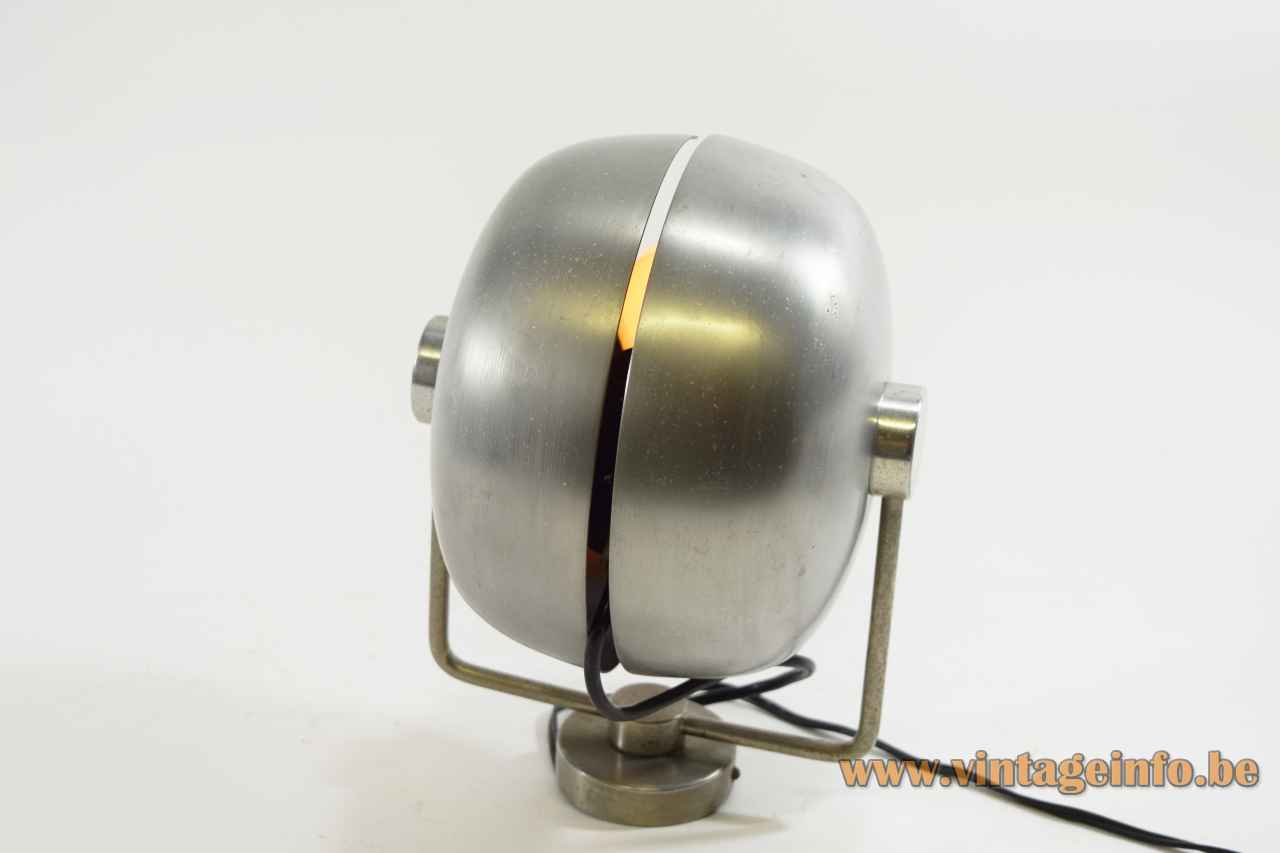 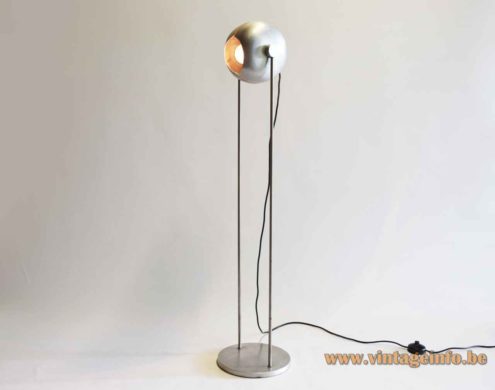 Many thanks to Hans from Ztijl Design for all the help.

Many thanks to Christophe from STAT in Aalst, Belgium for the catalogue photo.

Other versions: This split globe wall lamp was at least made as a floor lamp and table lamp, as you can see.

The lampshade is made of two shells and they are handmade and hammered. None of these shells is exactly the same.

The Kontakt-Werkstätten company was founded in 1950 by Hannibal Siegfried Wolff Curt von Lüttichau as a company that produces electrotechnical articles.

In 1953 production of living room and industrial lighting began.

The company received 15 iF Design Awards and has been selected several times for the “Gute Industrieform” award. (Good industrial form)

Designers that worked for the company are, among others: Gerd Lange, Gruppe 61, Johannes Dinnebier and Wolfgang Berg.

In 1969 the company was sold to Staff Leuchten (Staff & Schwarz Leuchtenwerke GMBH) from Lemgo, also in Germany.

The famous round aluminium wall lamps, used by Charlotte Perriand to decorate the Les Arcs Ski Resort (France) in 1962 are also a Kontakt-Werkstätten design. After the takeover by Staff they were labelled Staff. That’s why you find them with both labels. Other companies made copies of it. A version of it was awarded in 1968 with an iF Design Award.

iF Design Awards for Kontakt-Werkstätten