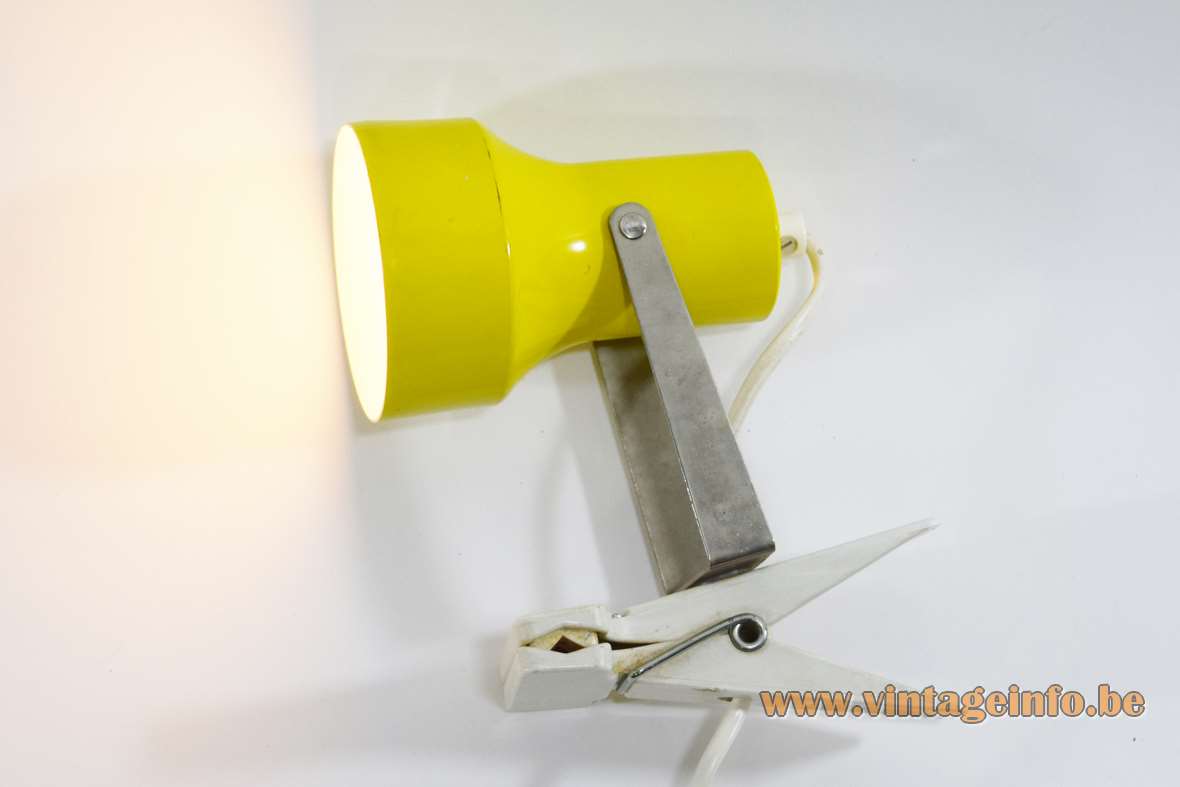 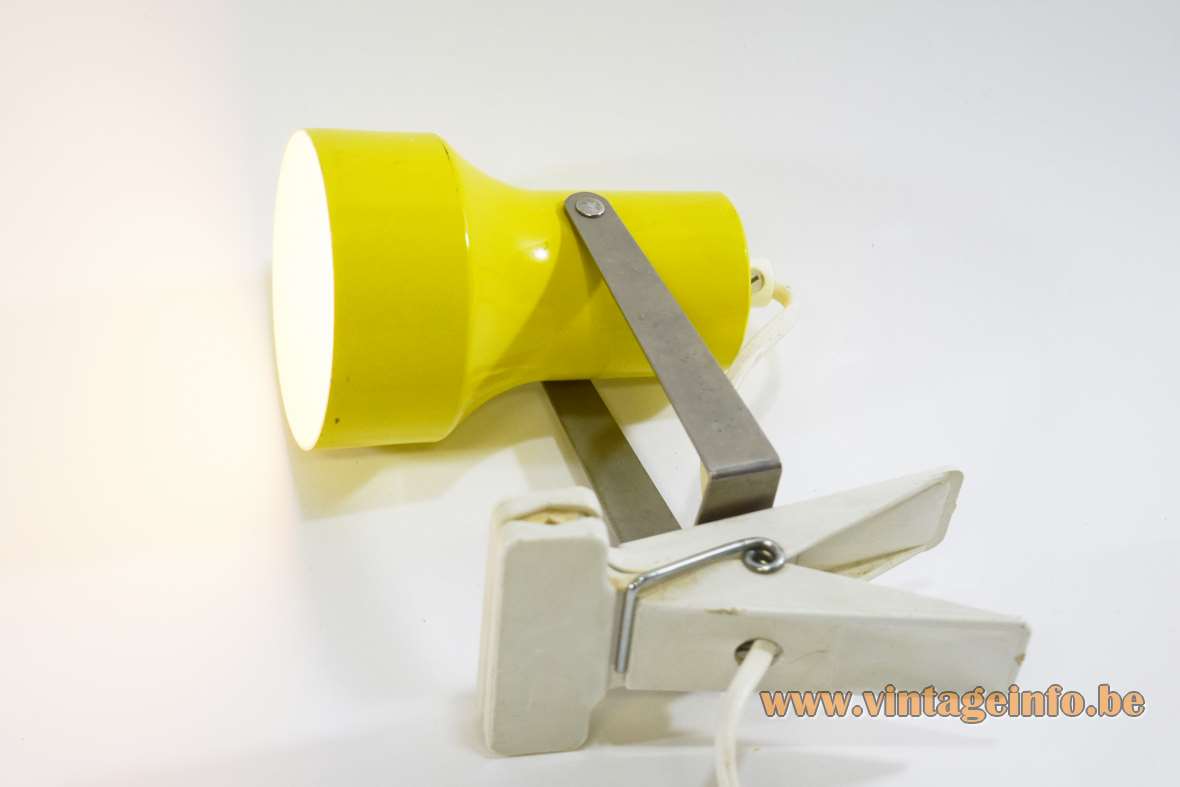 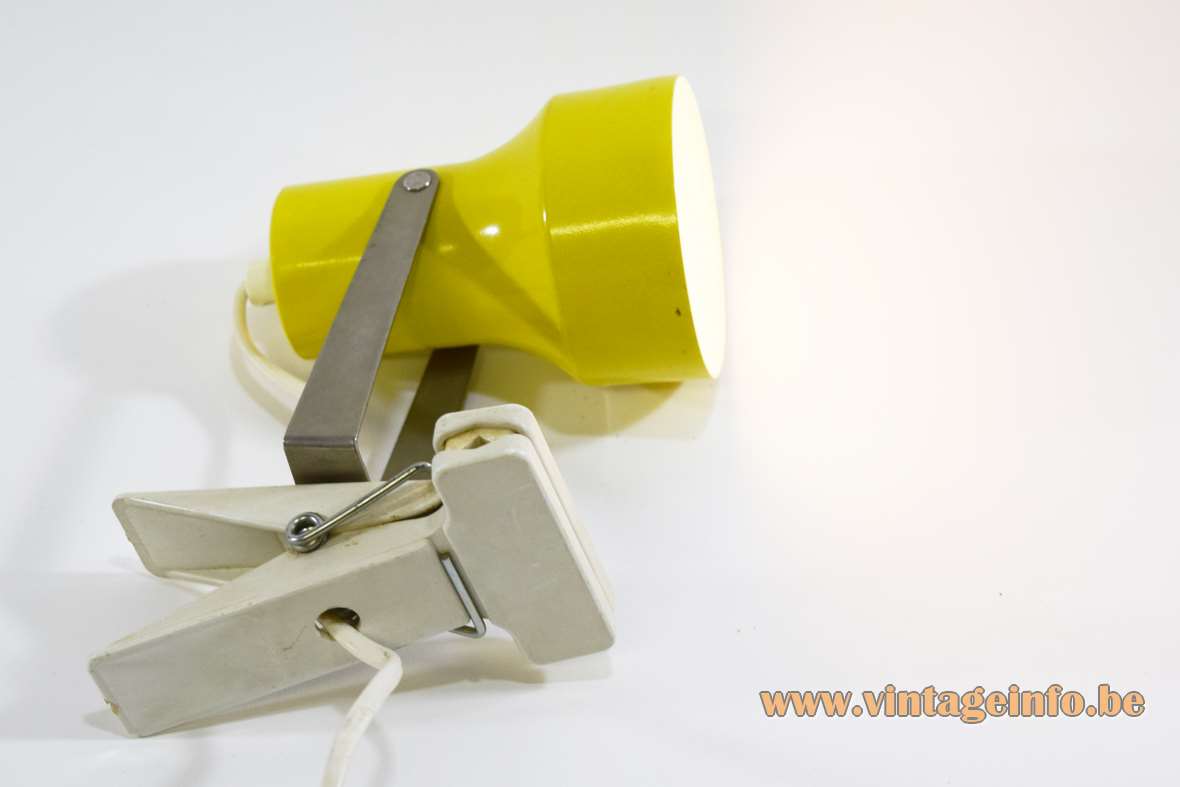 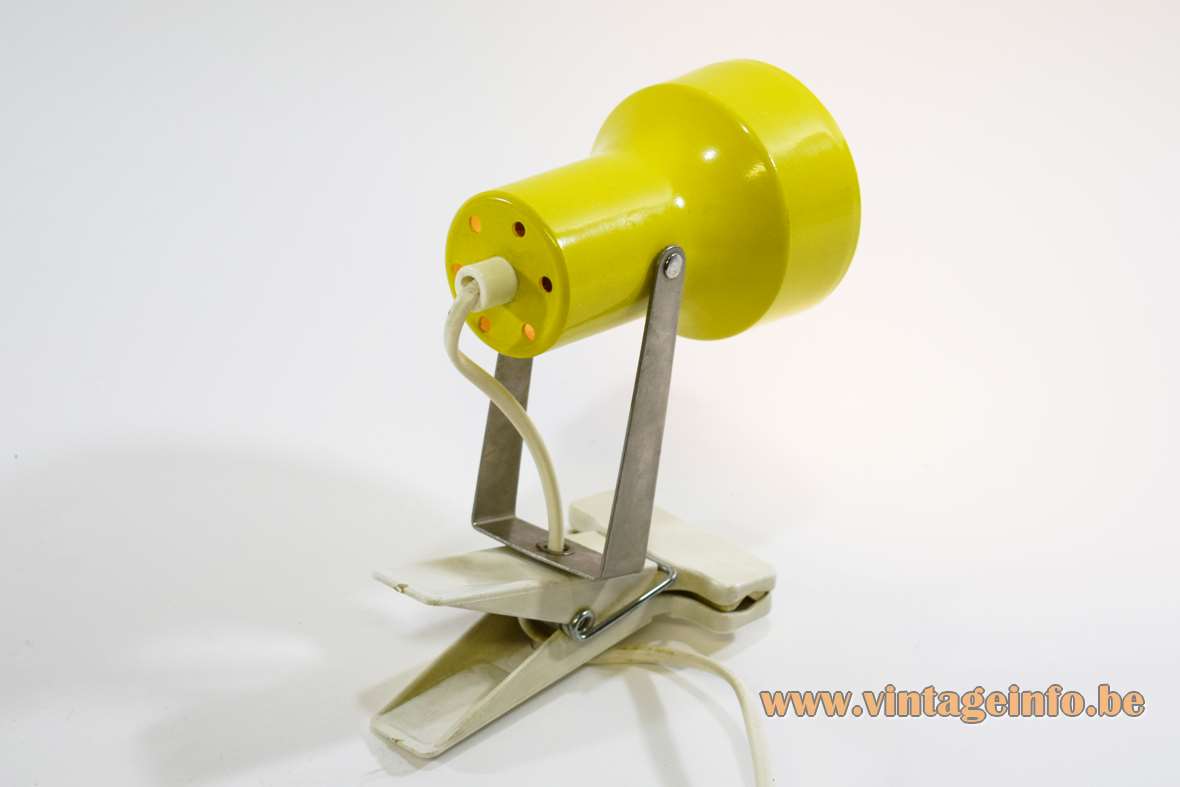 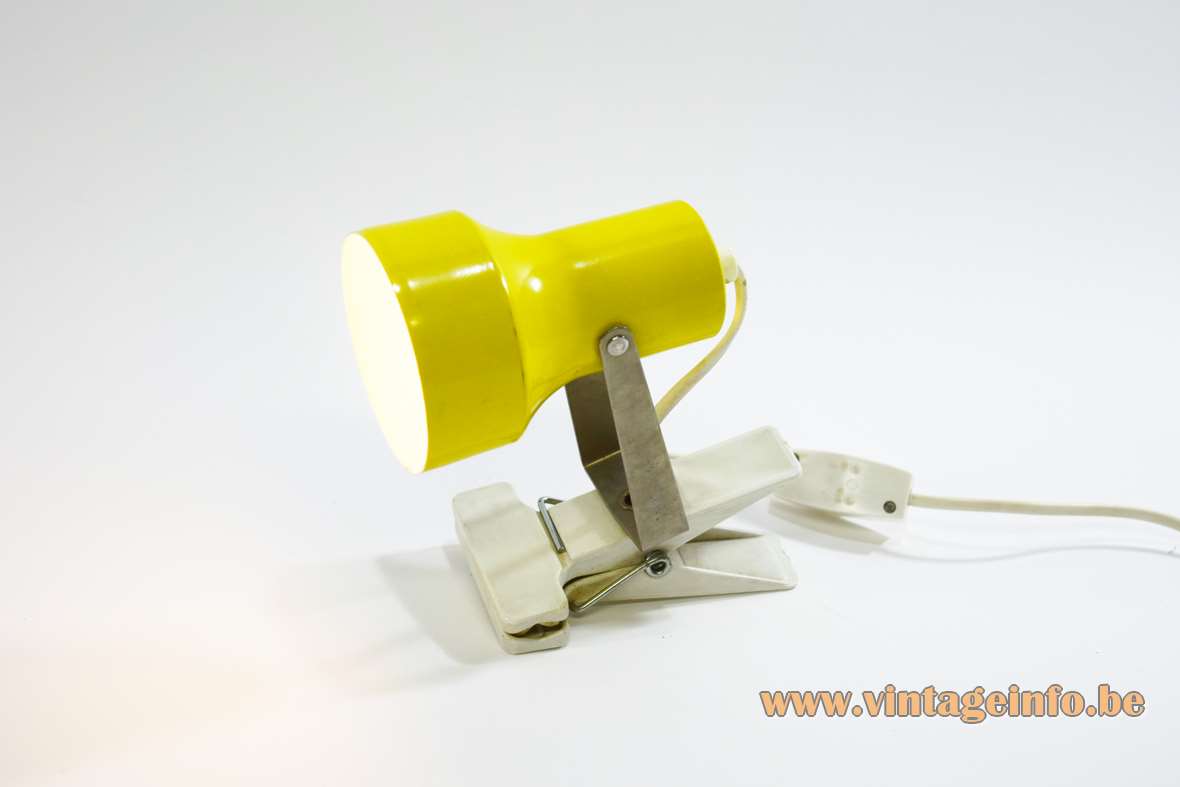 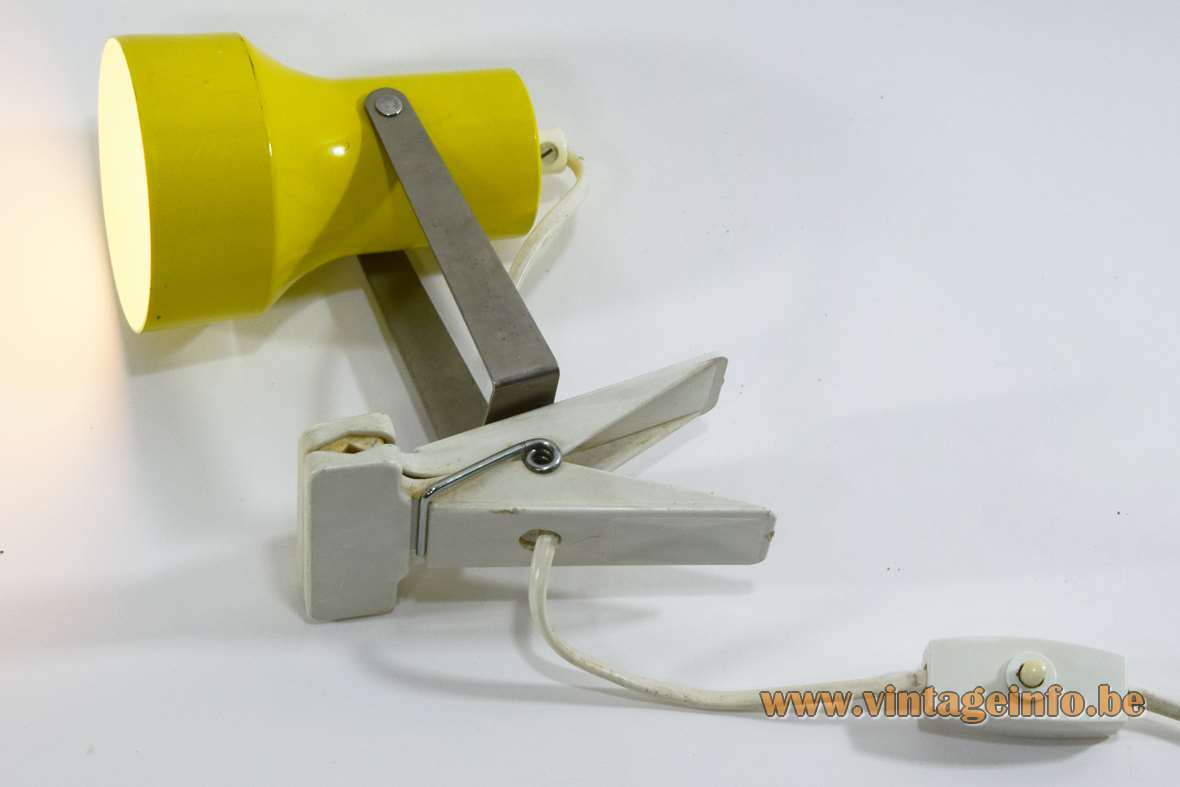 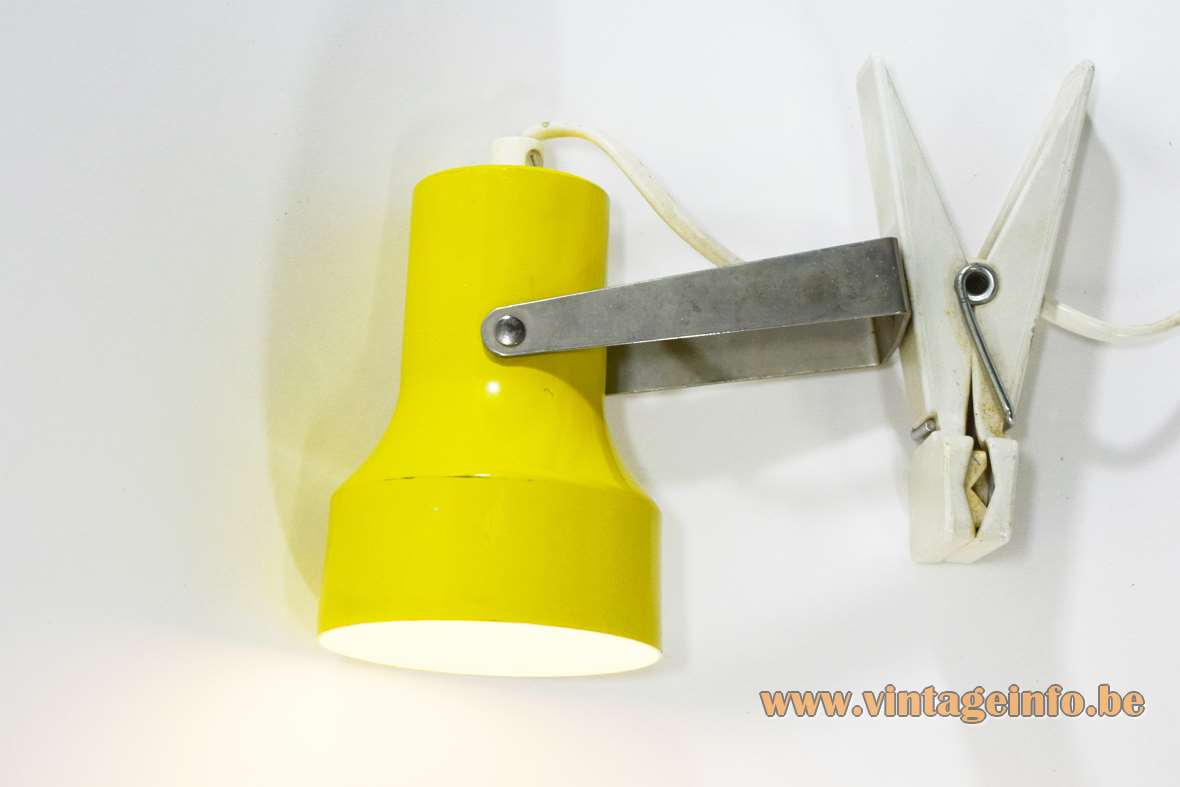 Other versions: This 1970s clothespin clamp lamp was in all probability produced in several colours.

The electric parts (plug, switch, wire, socket) are Italian and made by VLM Components from Buccanisco, near Milan. The company is famous for the switches they produced designed by Achille Castiglioni.

Massive was a was a major client at VLM Components. Many lamps by the company uses VLM parts.