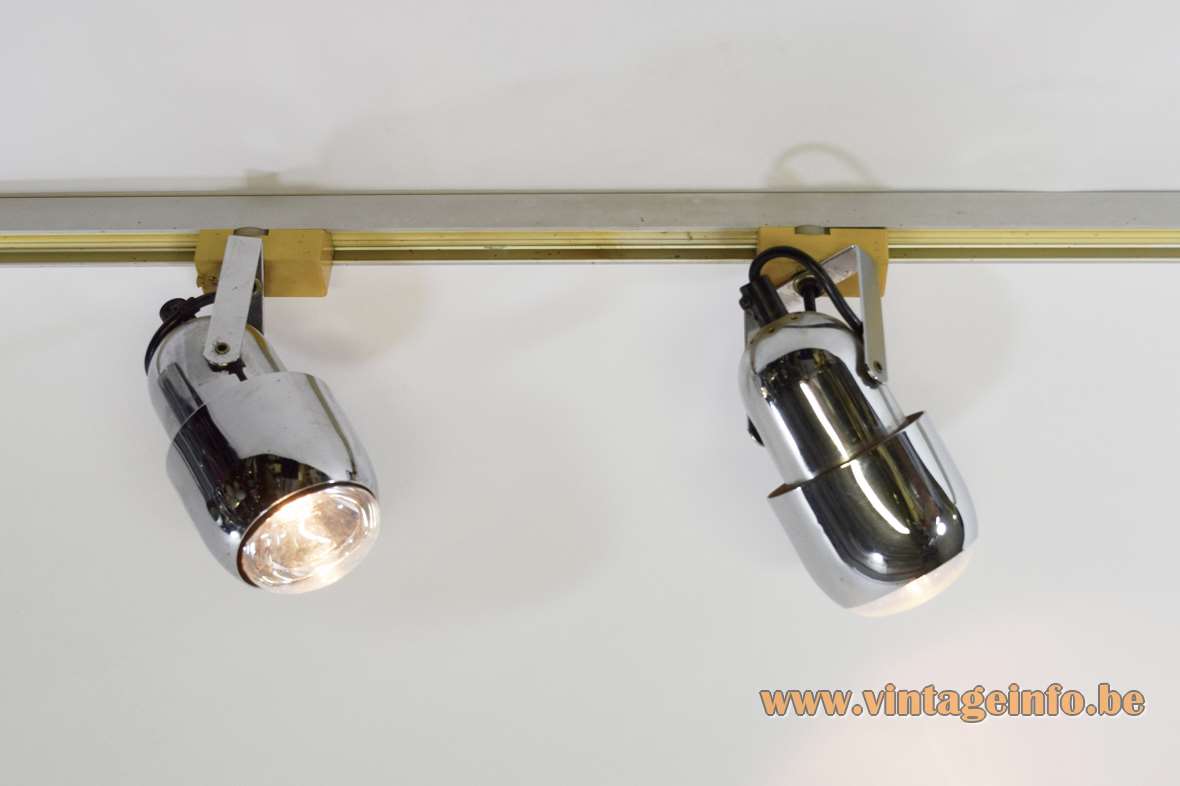 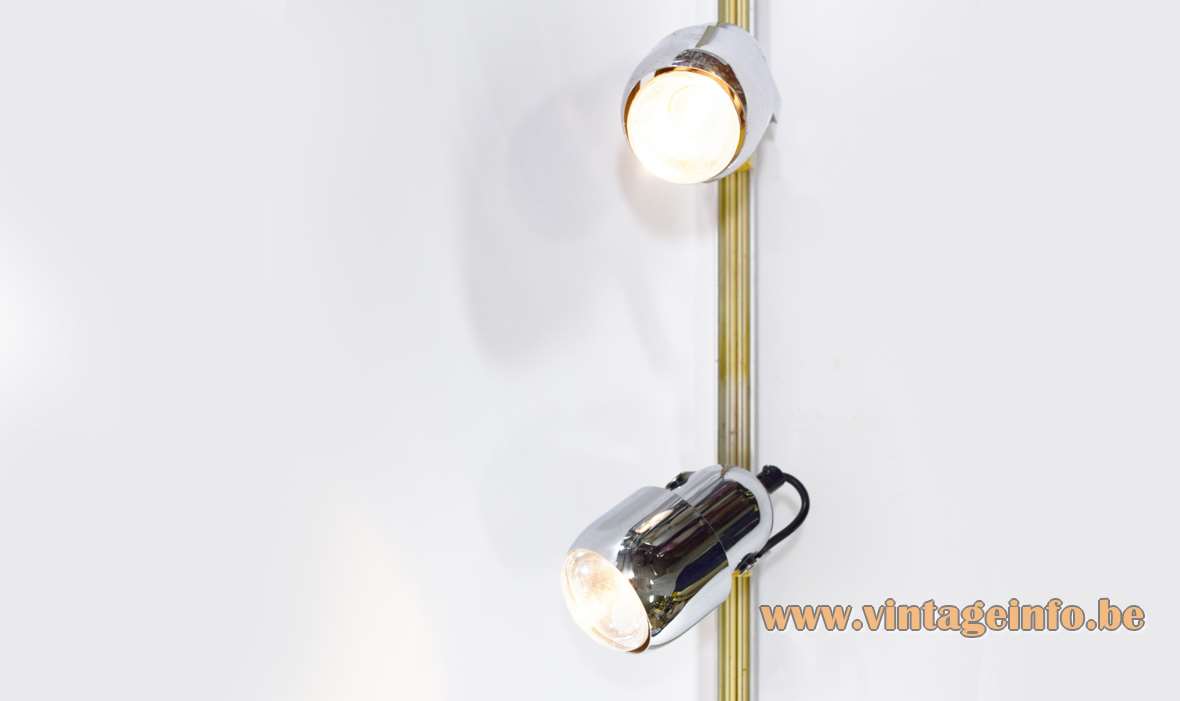 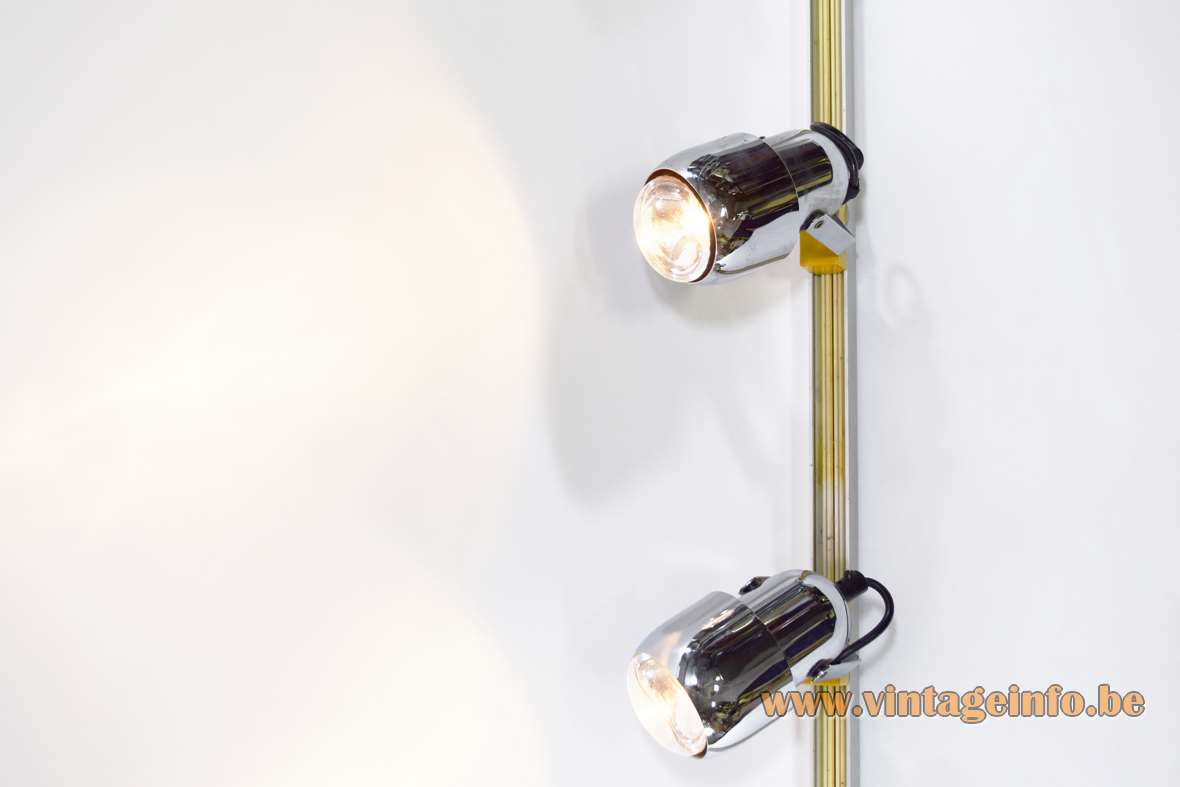 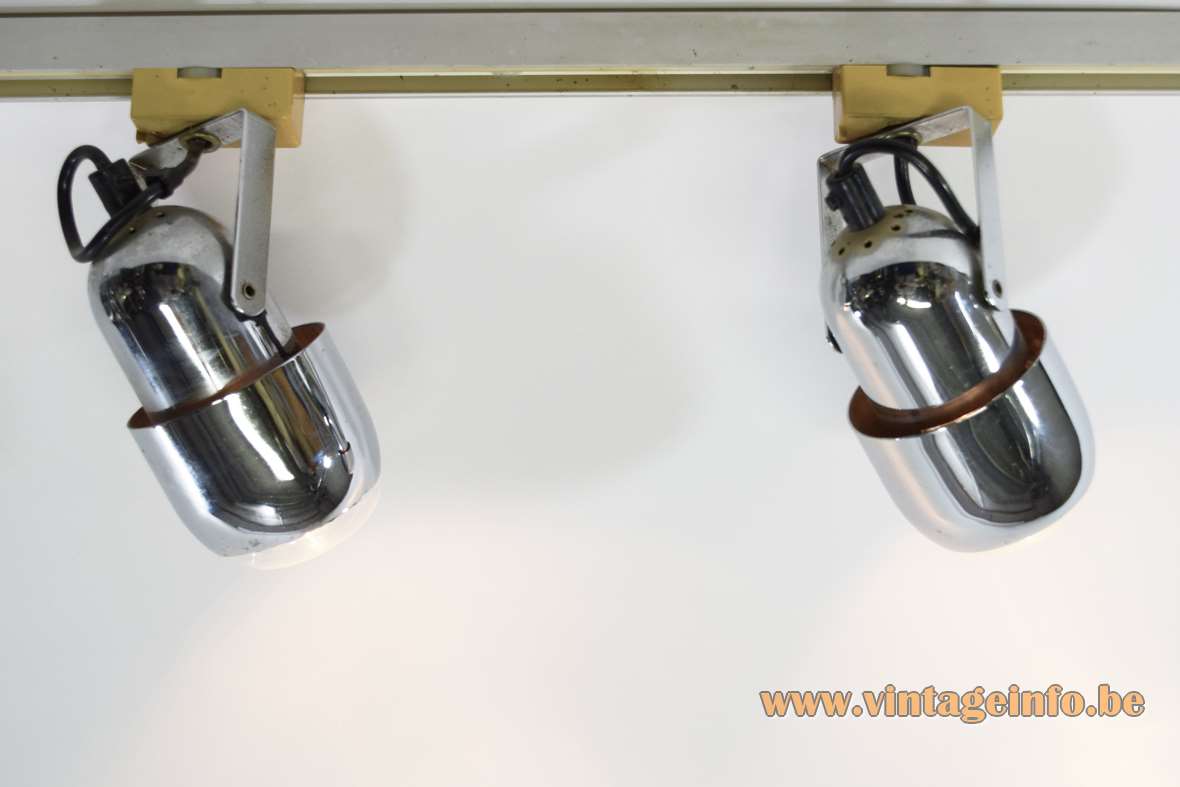 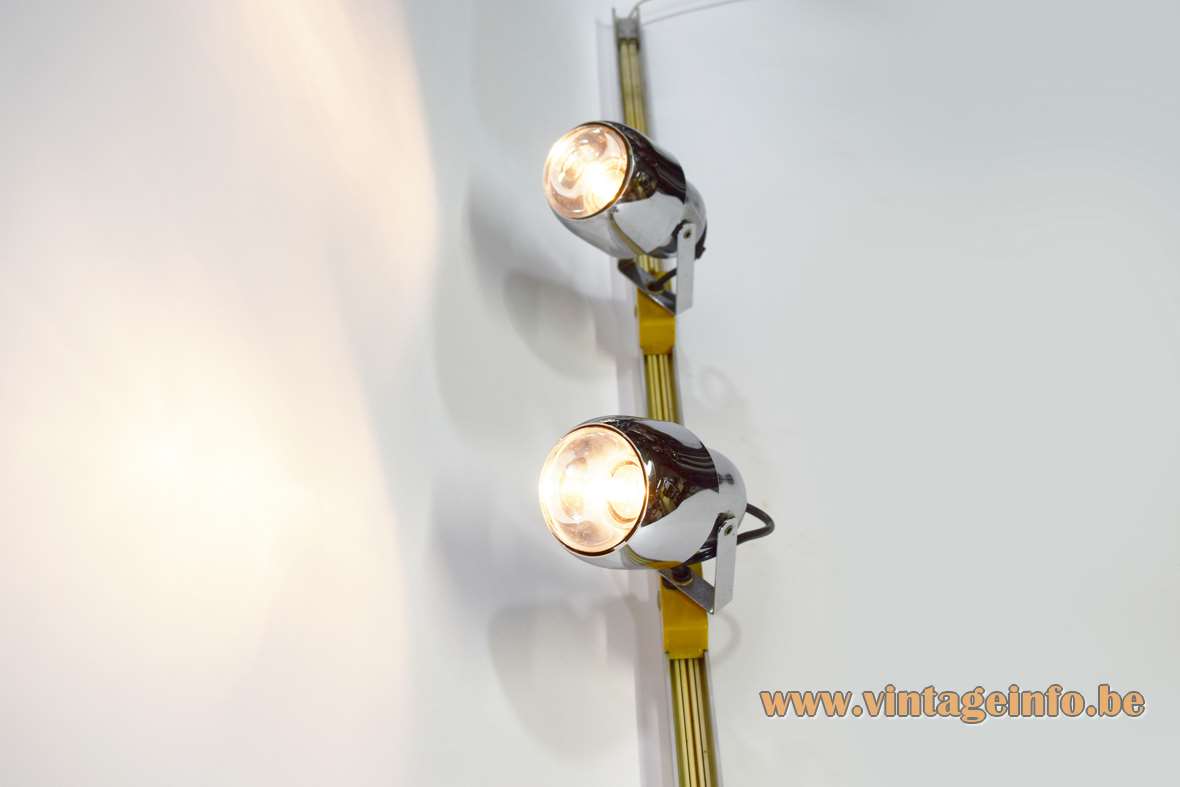 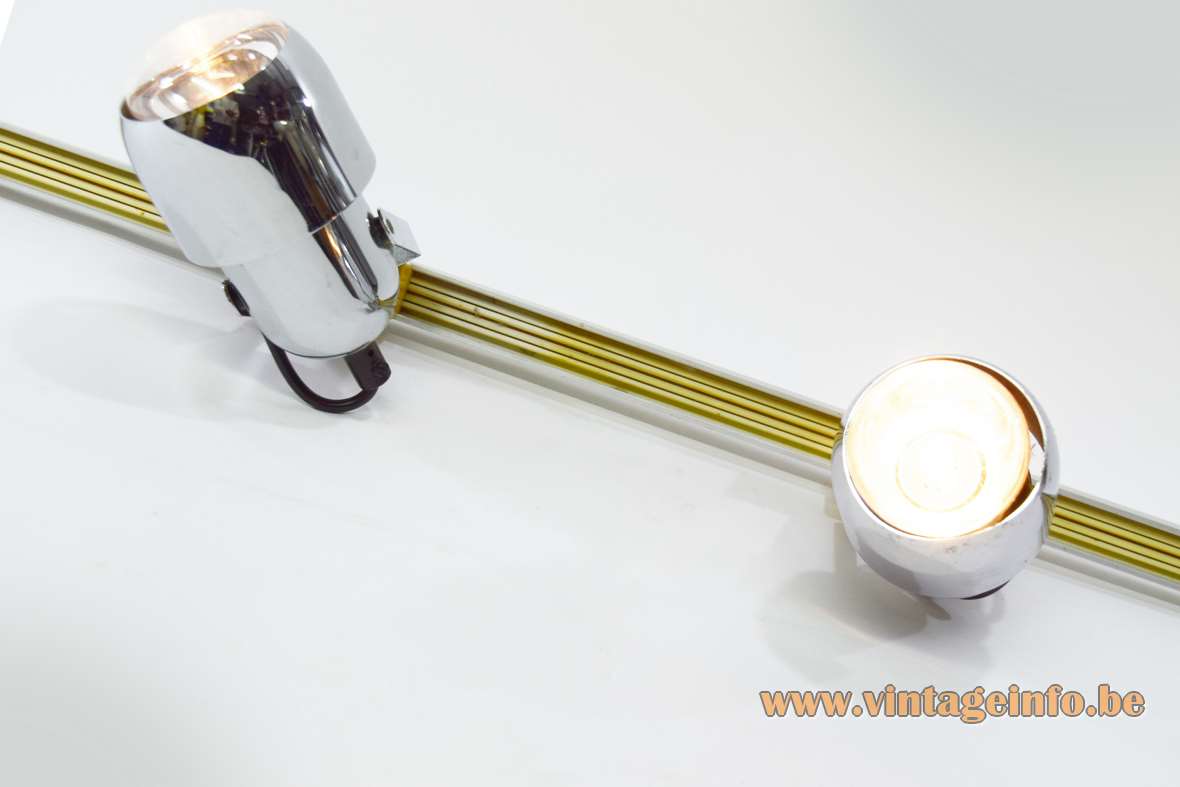 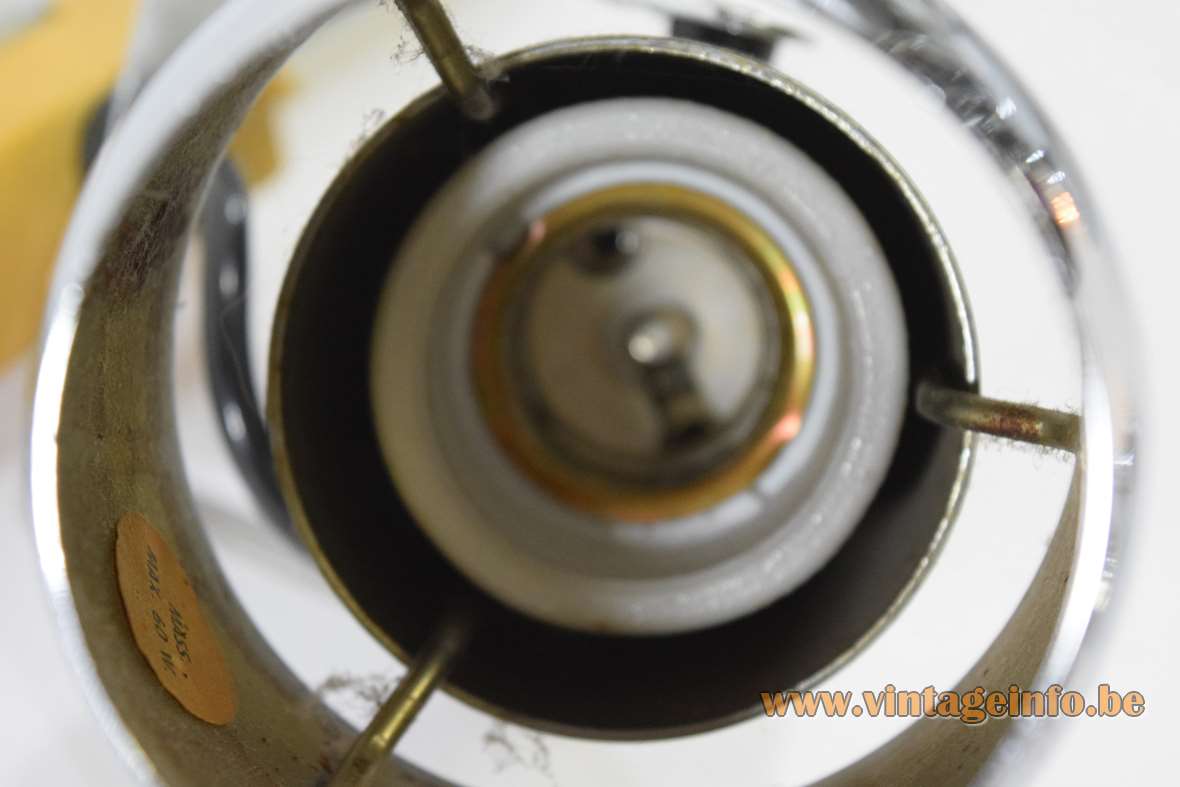 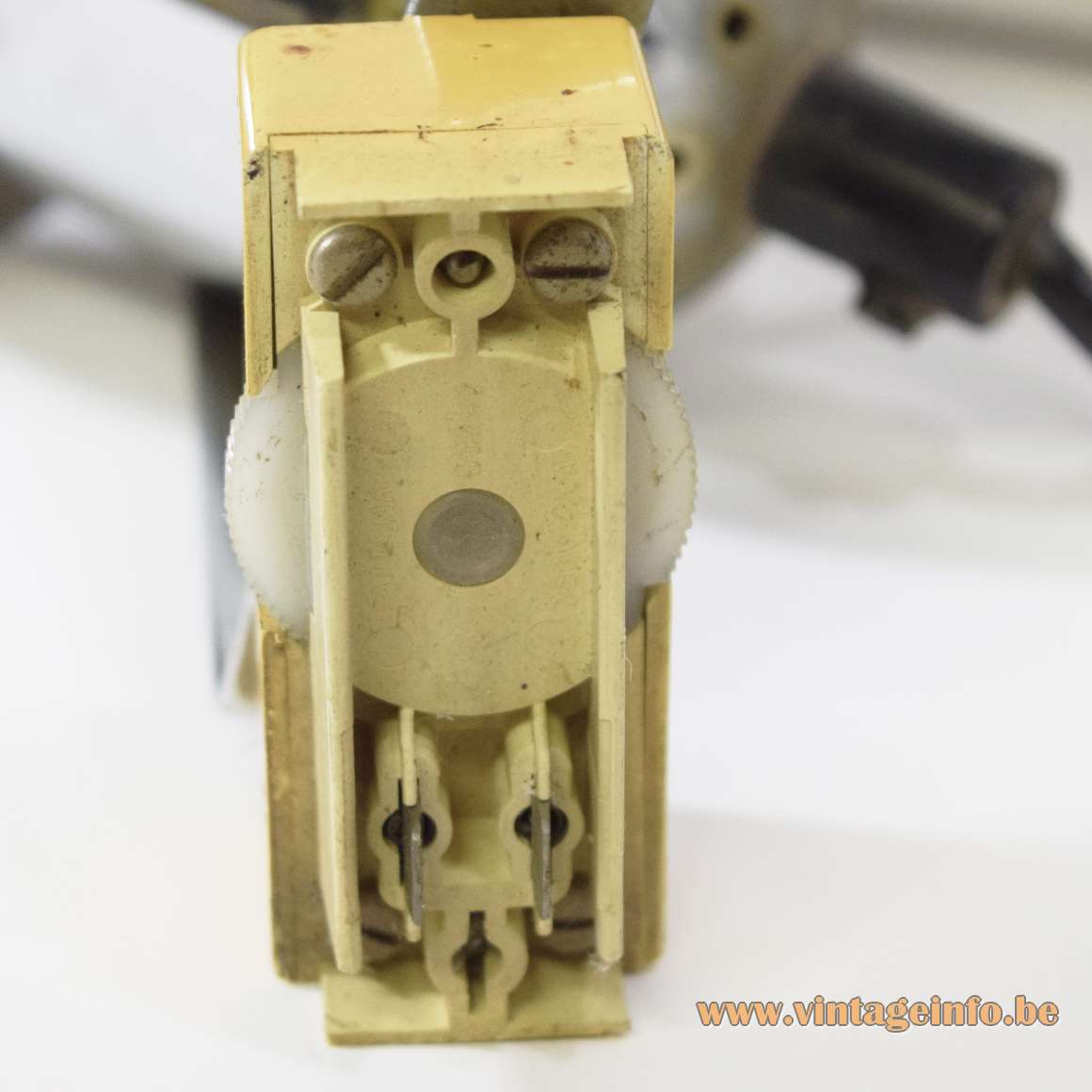 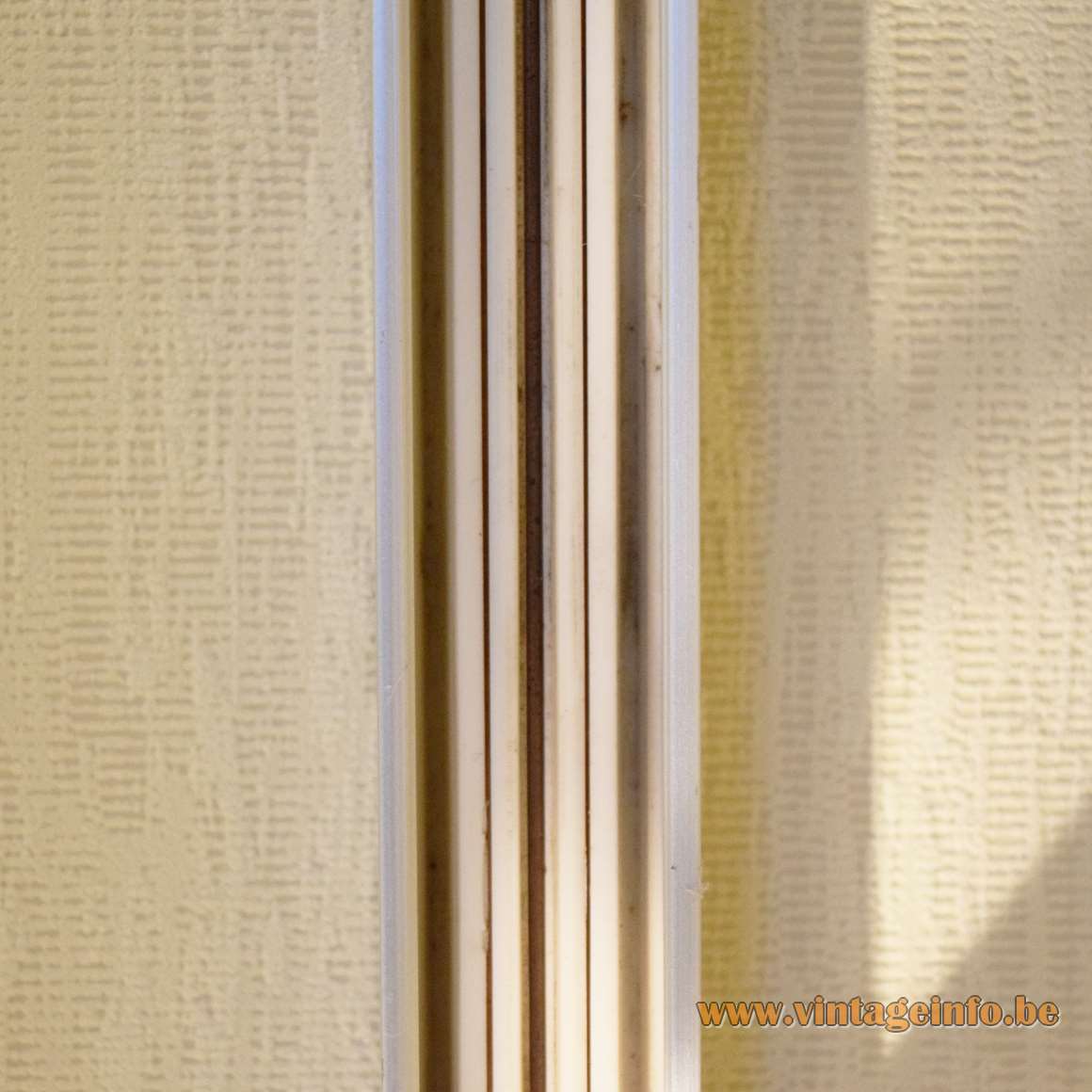 Other spots on rail

Other Versions: These mid-century chrome spotlights on rail were sold with 3 lamps. At least, if you already find them, they always have three lamps. They were also made with white wiring and Bakelite sockets. Often used as wall lamps or picture lights. 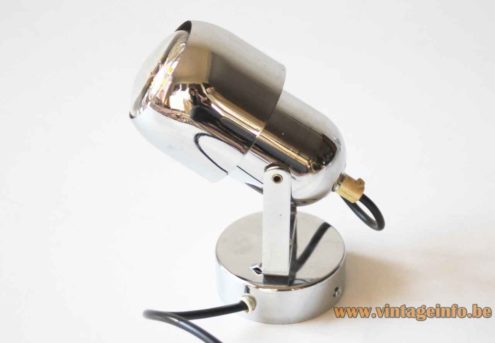 Mass. Max. 60 W. = Massimo is Italian, Maximum is used in all other European languages were Massive sold lamps during that period. 60 Watt. The label on this spotlights is the first label on the left. 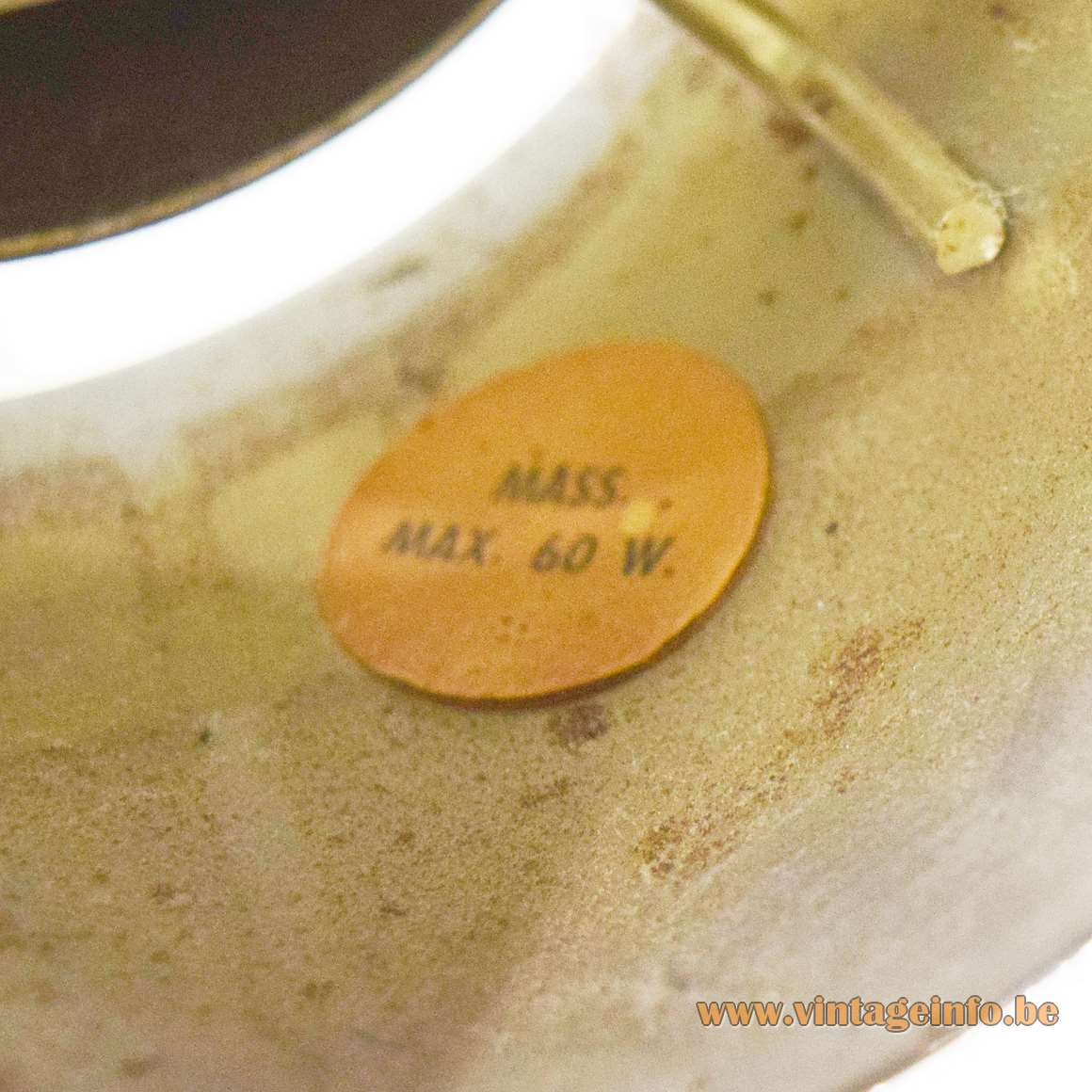 Many thanks to Joeri from Centurysoup for the picture of the single spotlight. You can find his website and shop over here.