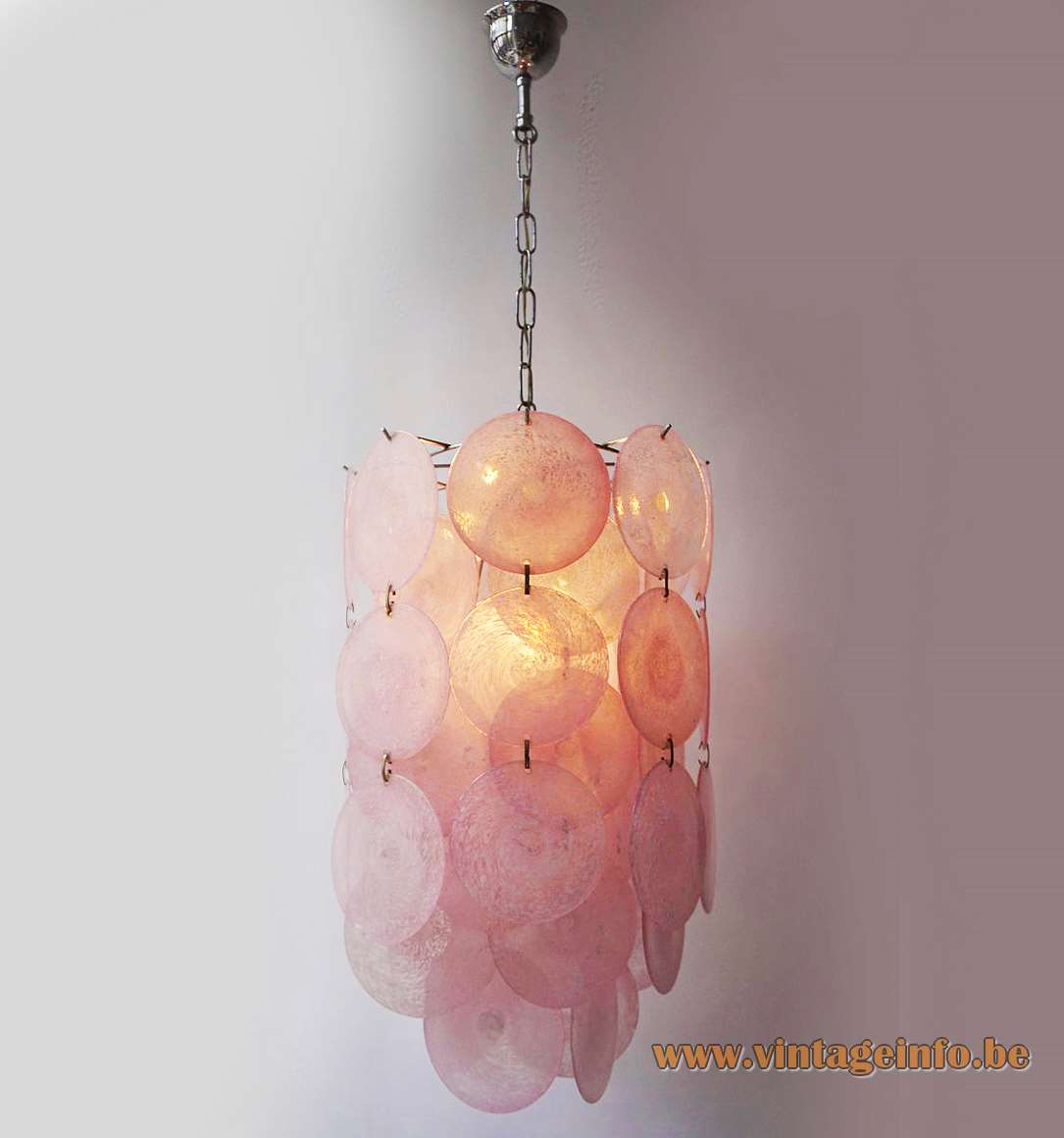 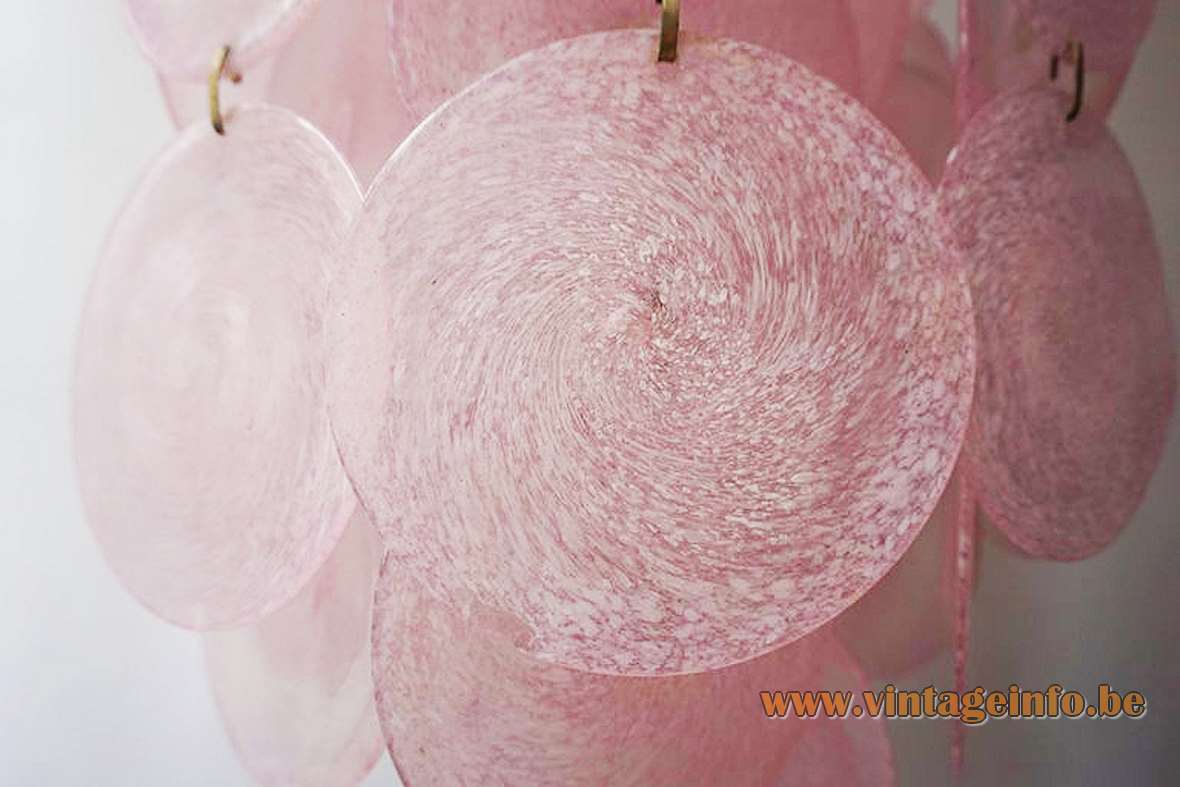 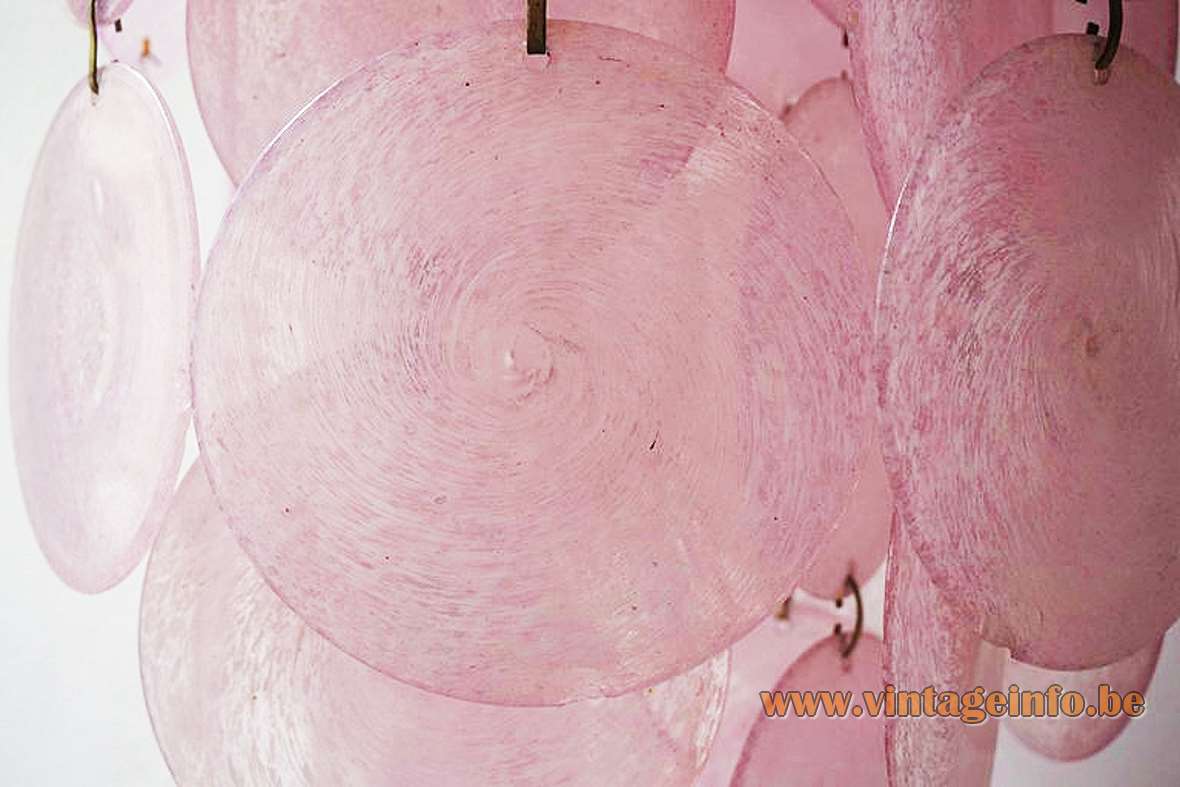 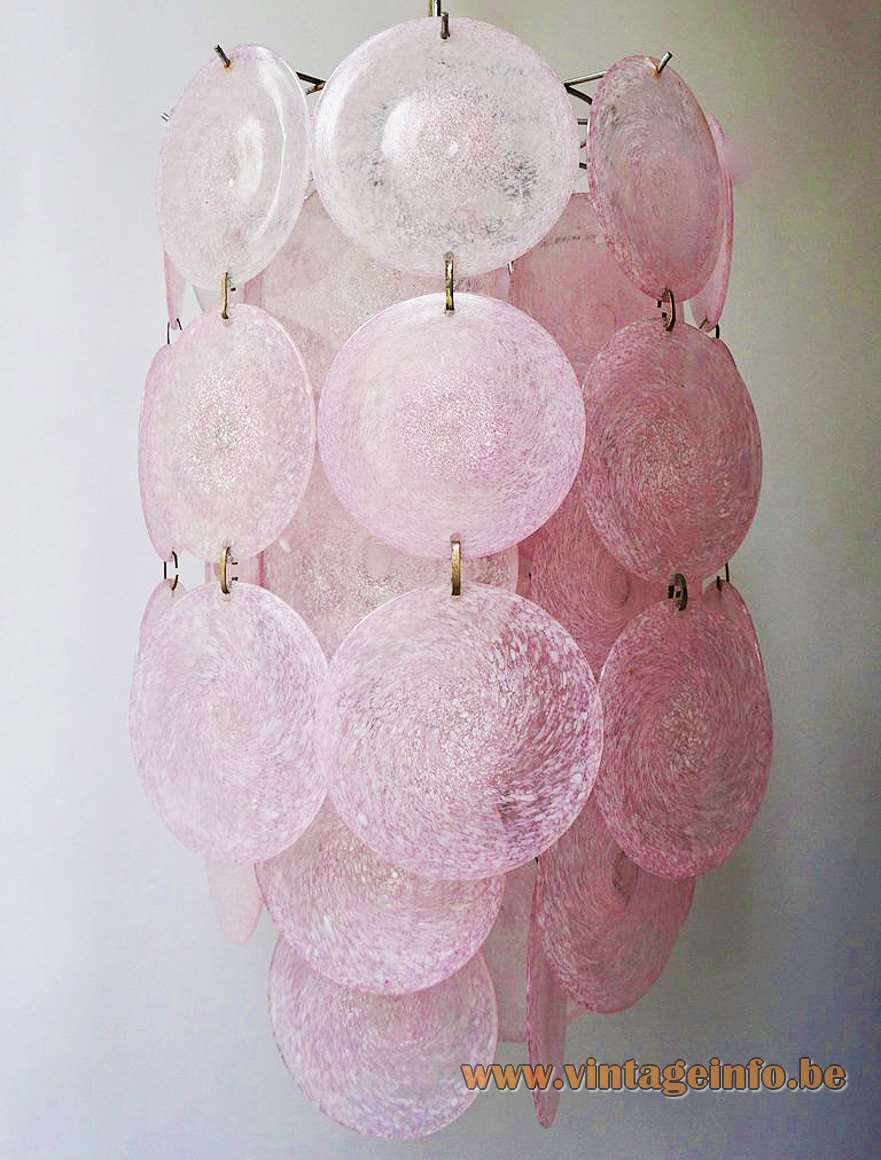 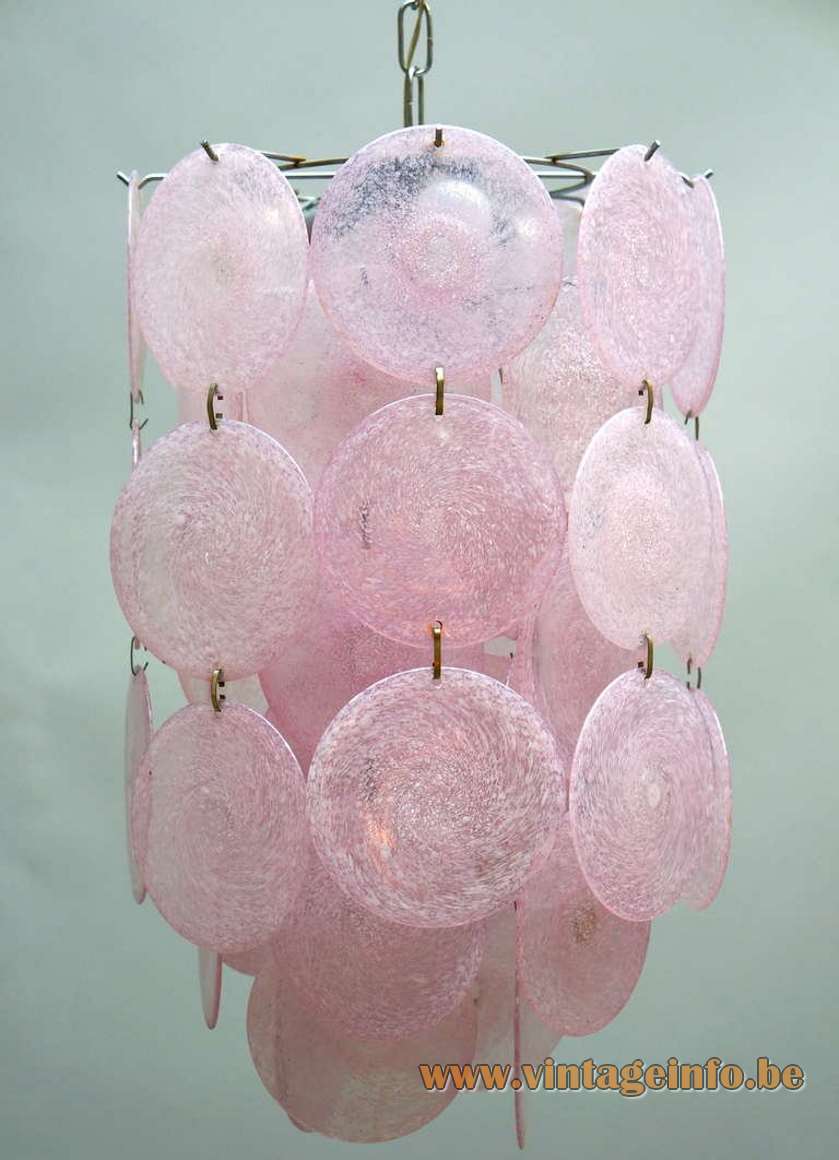 AV Mazzega – http://www.avmazzega.com – website offline since 2018. The Facebook page of AV Mazzega is gone since November 2017. Mazzega 1946 is the new name of the company.

Other versions: This 1960s Murano discs chandelier exists in many different sizes and colours. Made with more or less discs. Made as a wall lamp, flush mount, table lamp.