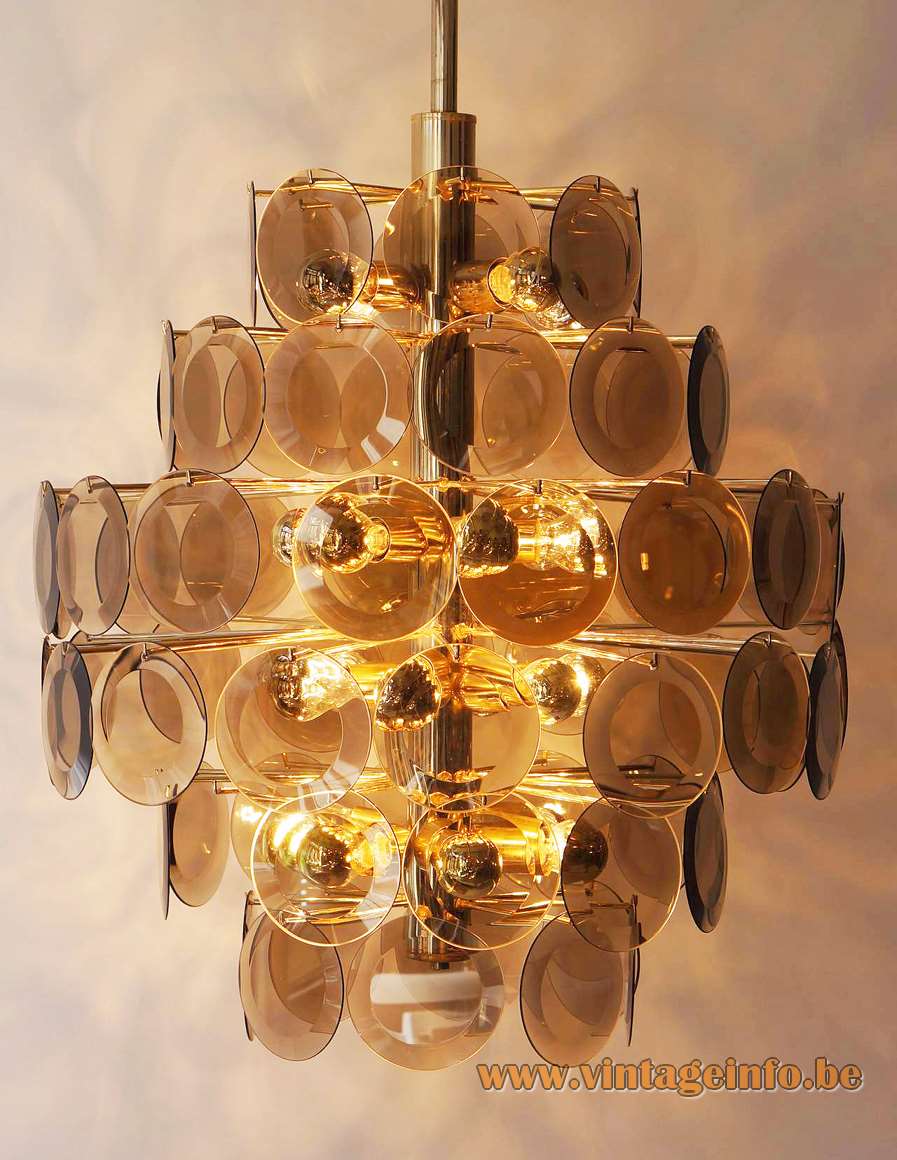 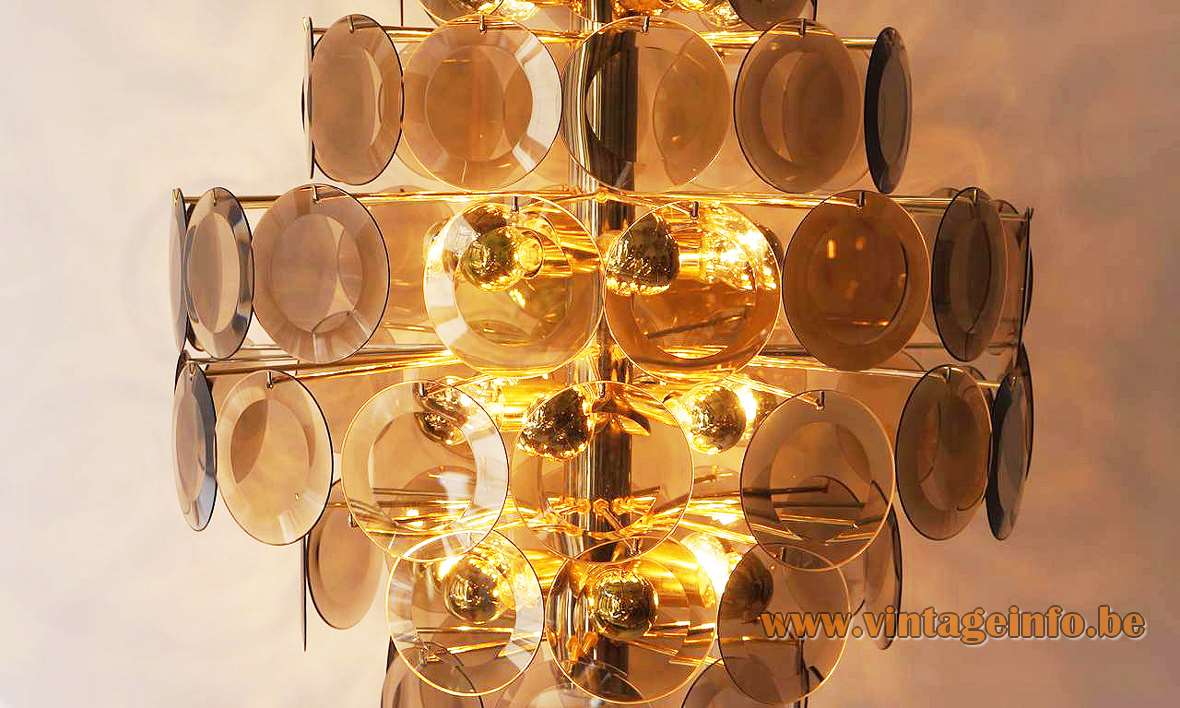 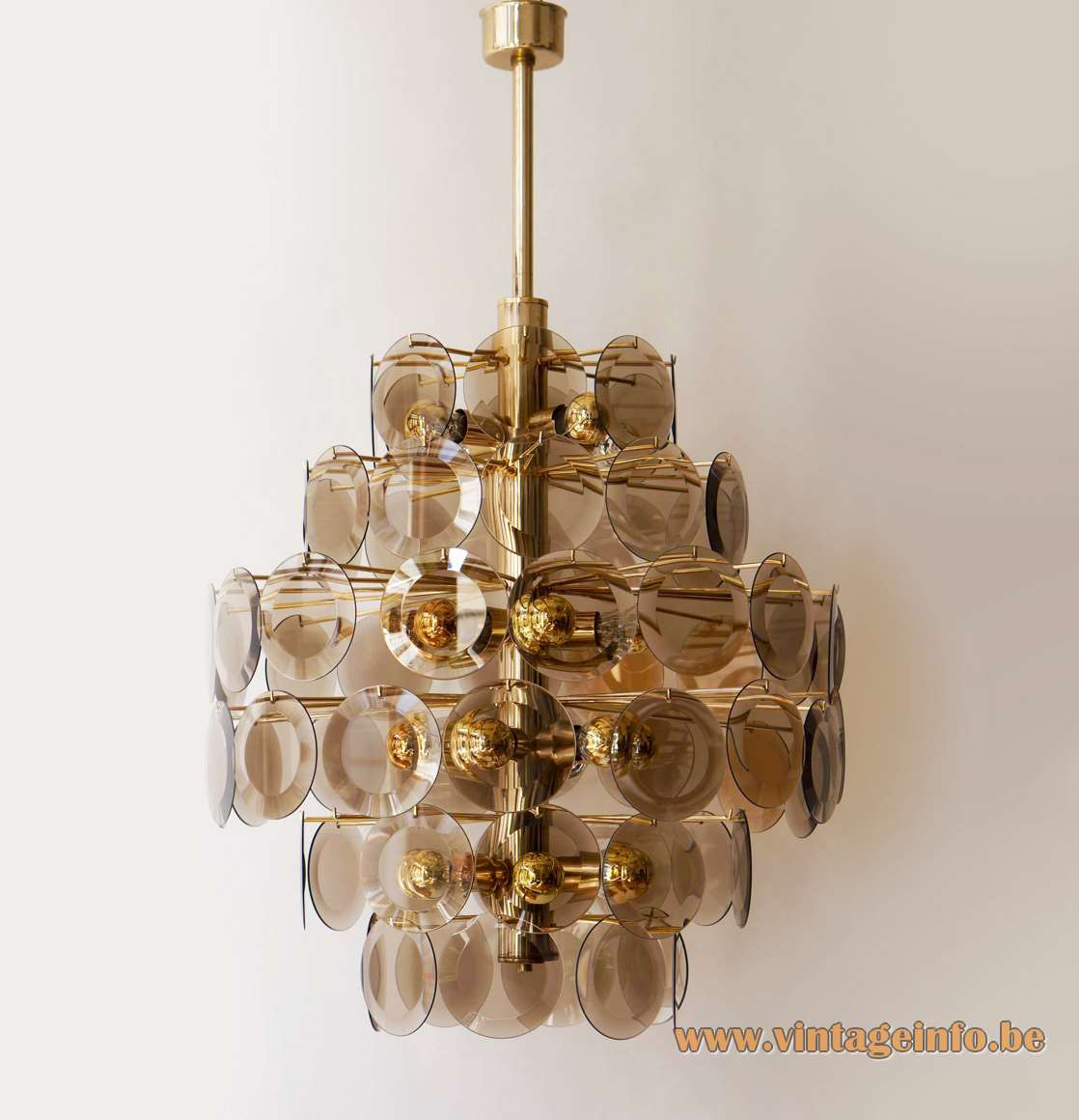 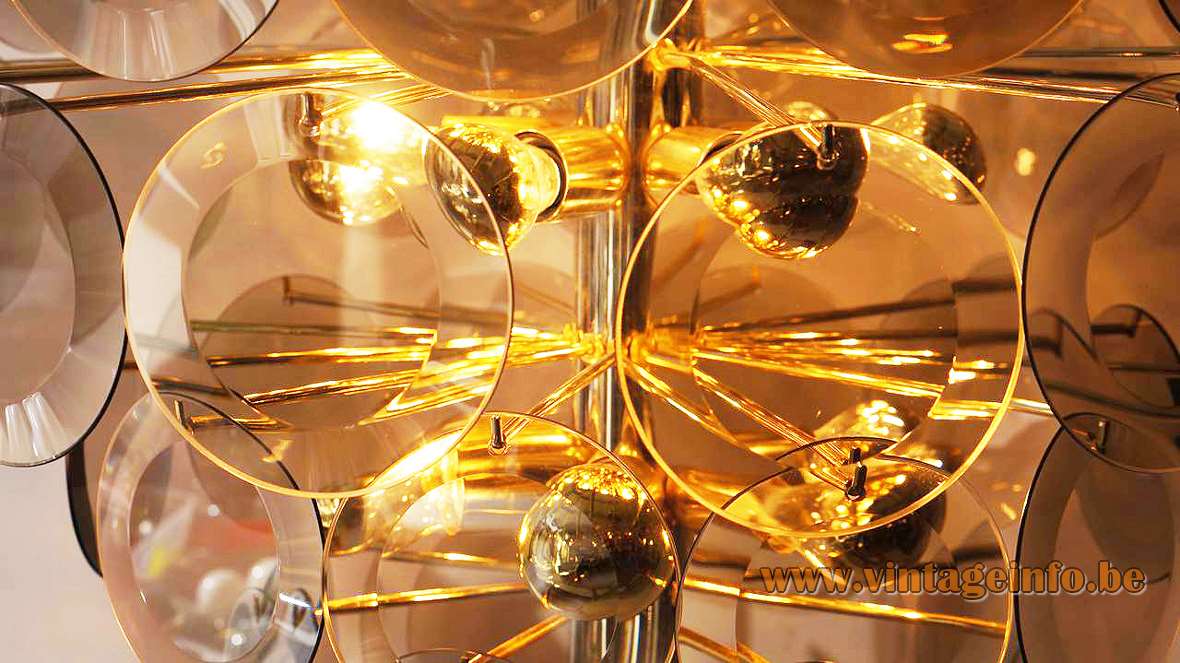 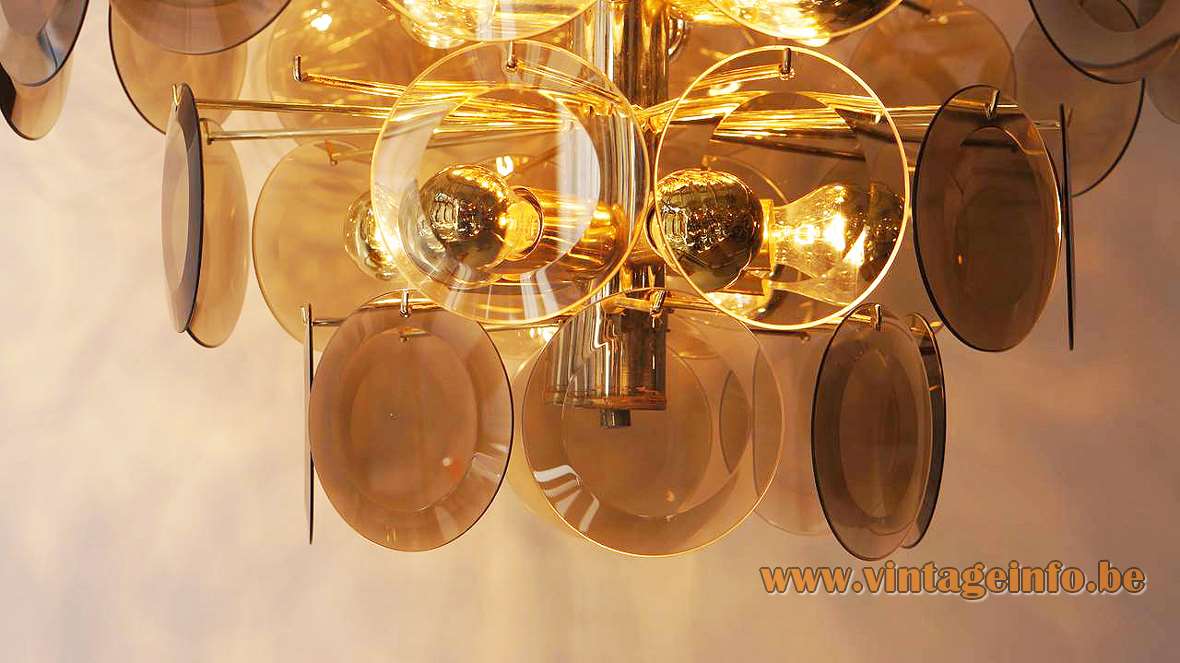 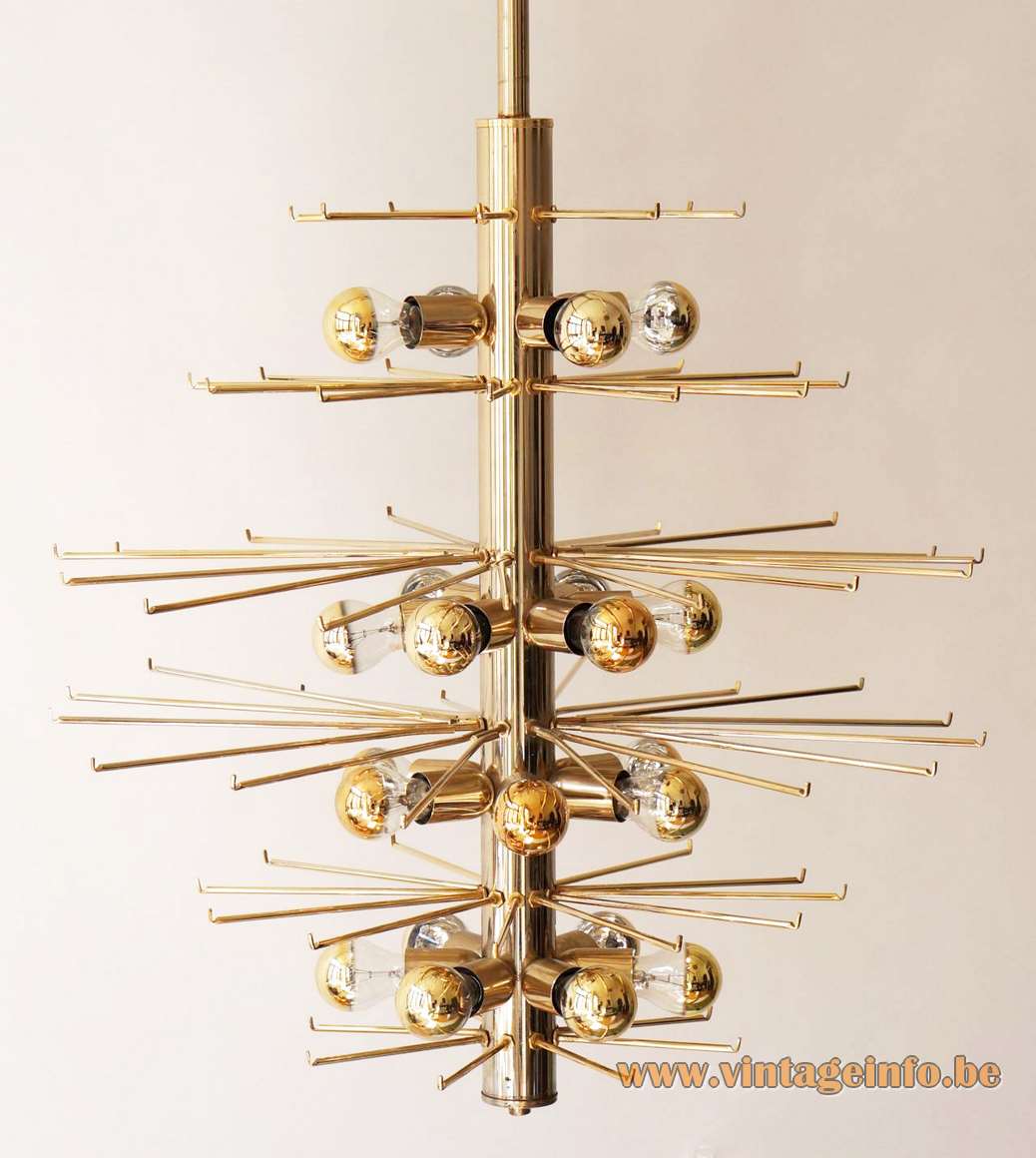 Other versions: This 1970s smoked cut glass discs chandelier exists in many variations. Also made as a wall lamp, a flush mount, a table lamp. Versions exists in chrome, also with metal rings, as you can see in the catalogue picture. 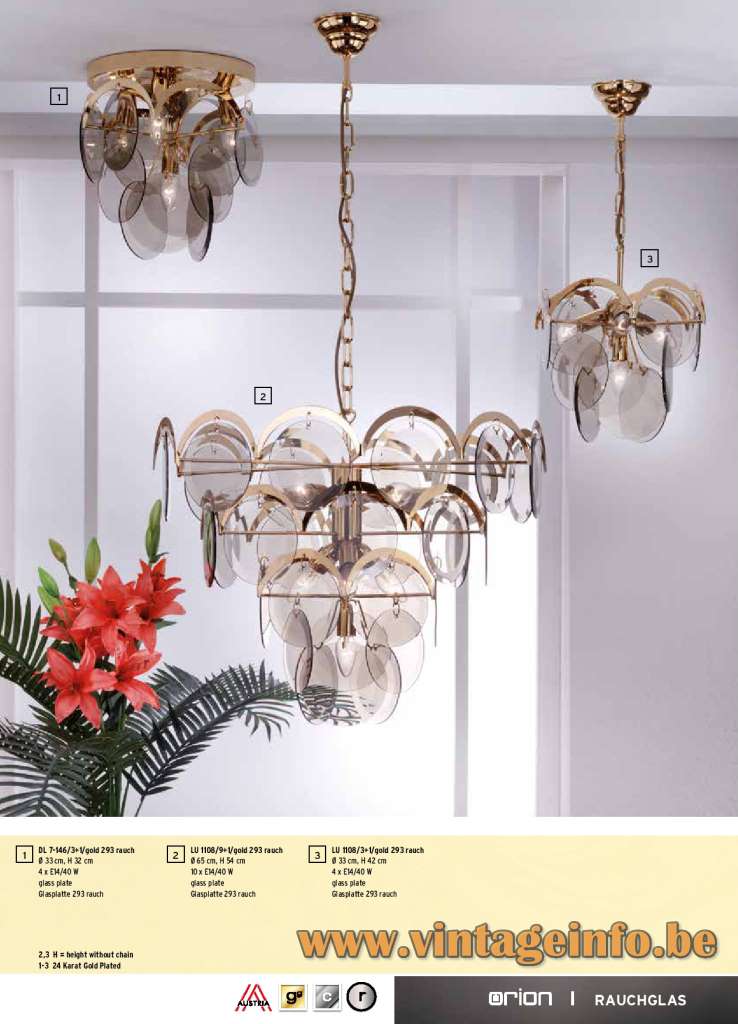