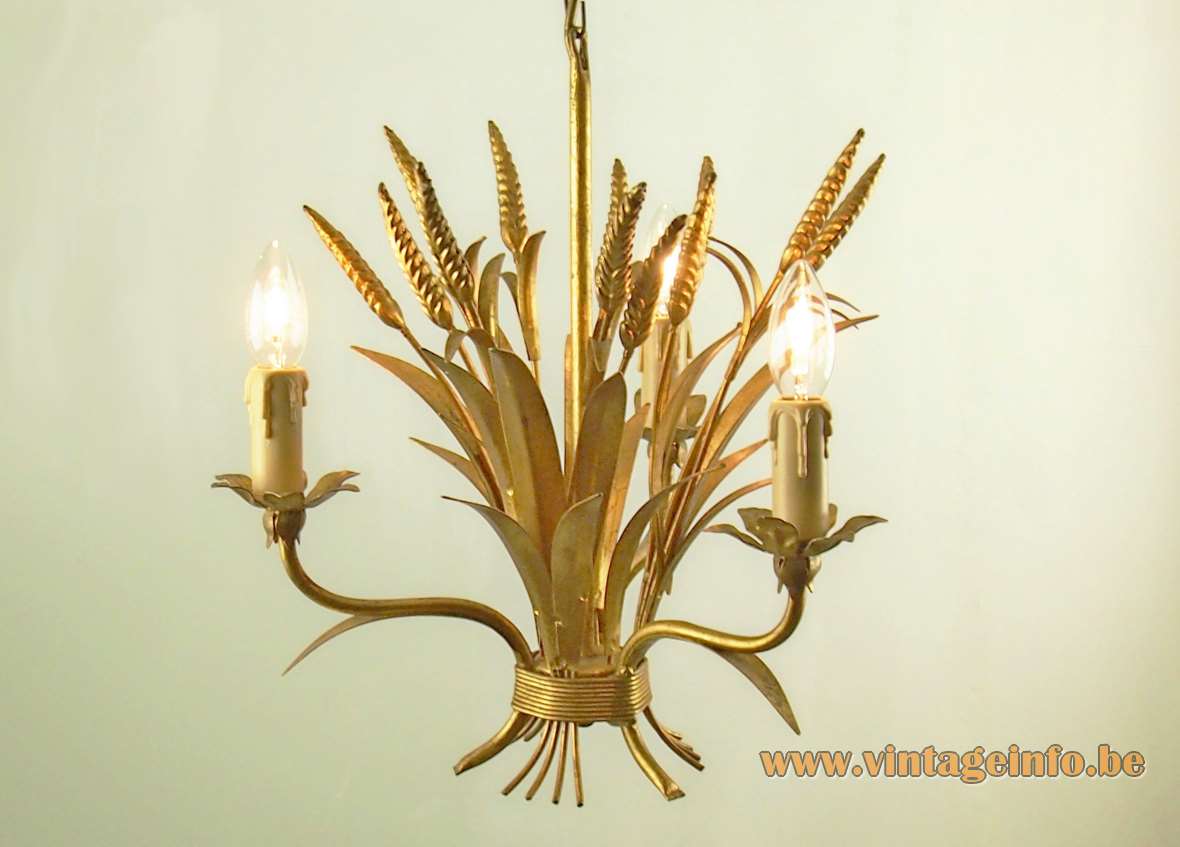 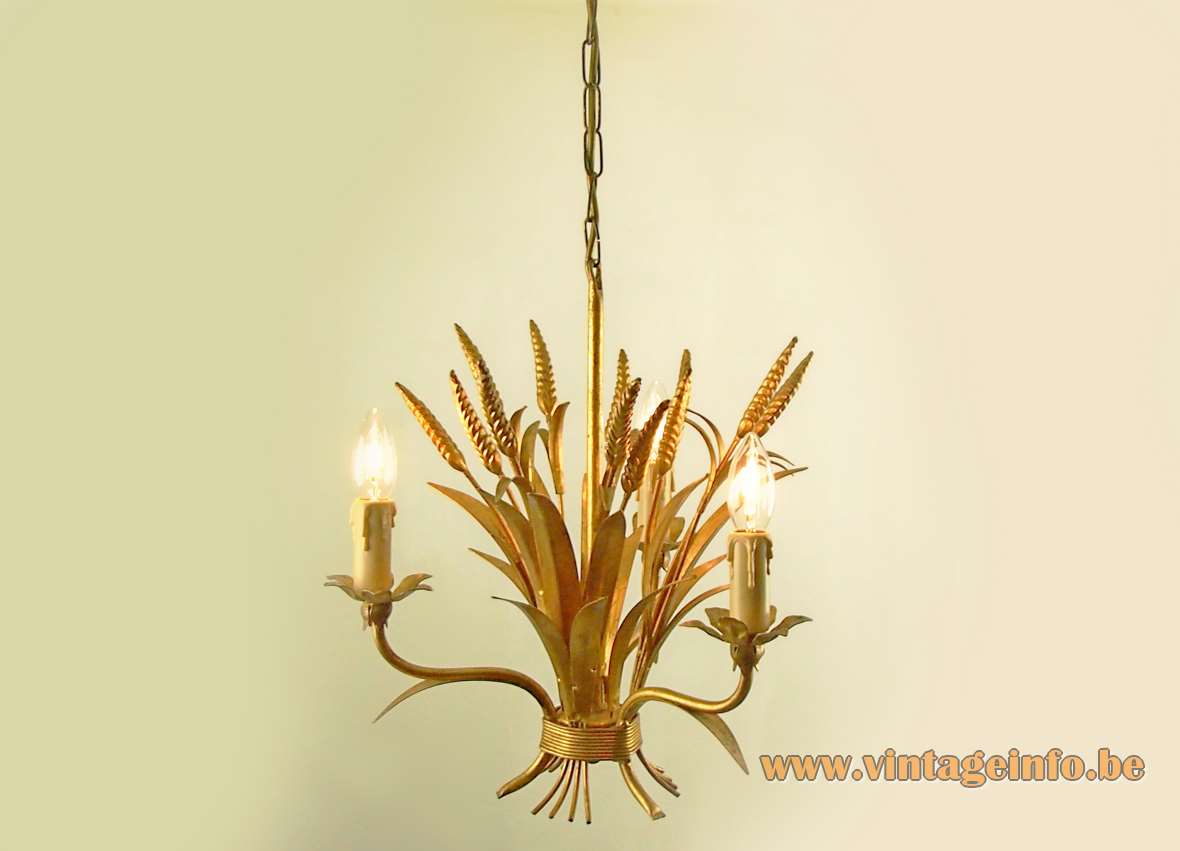 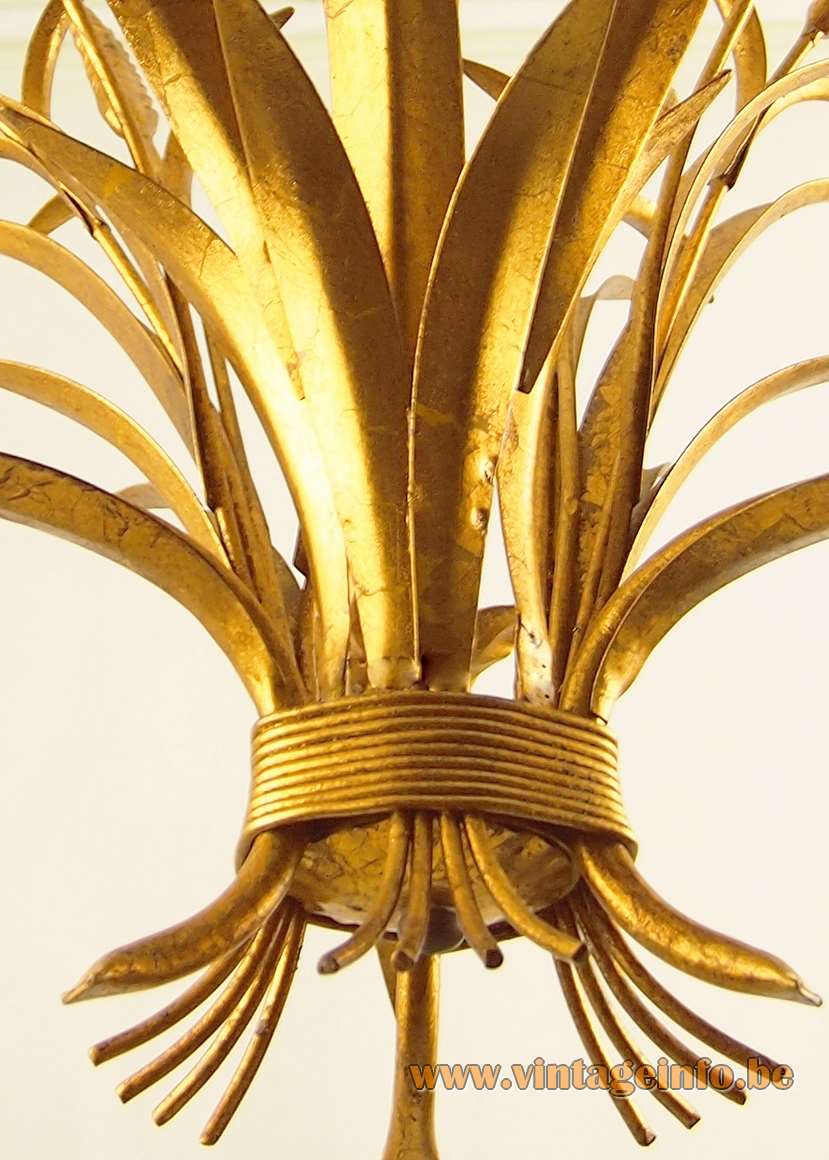 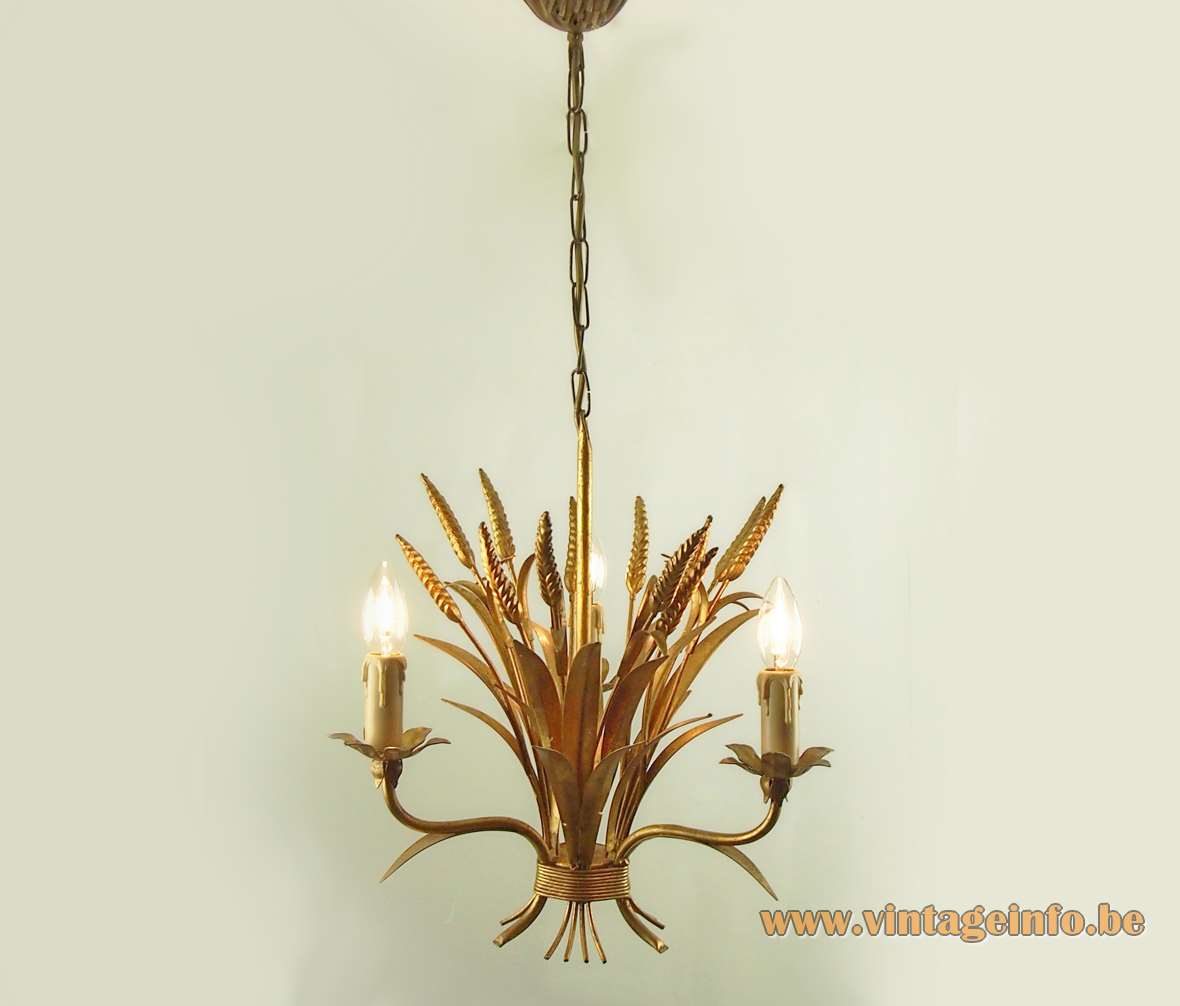 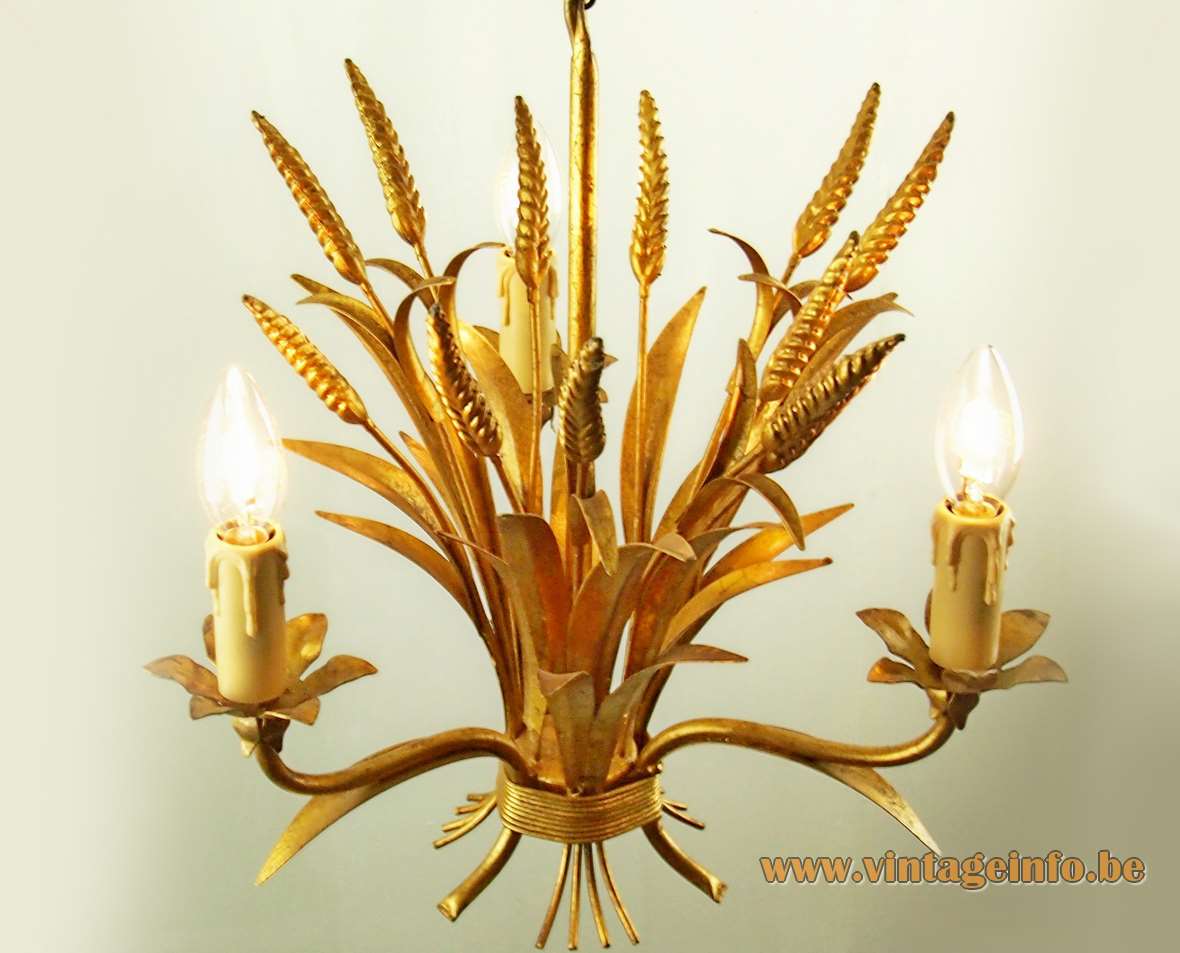 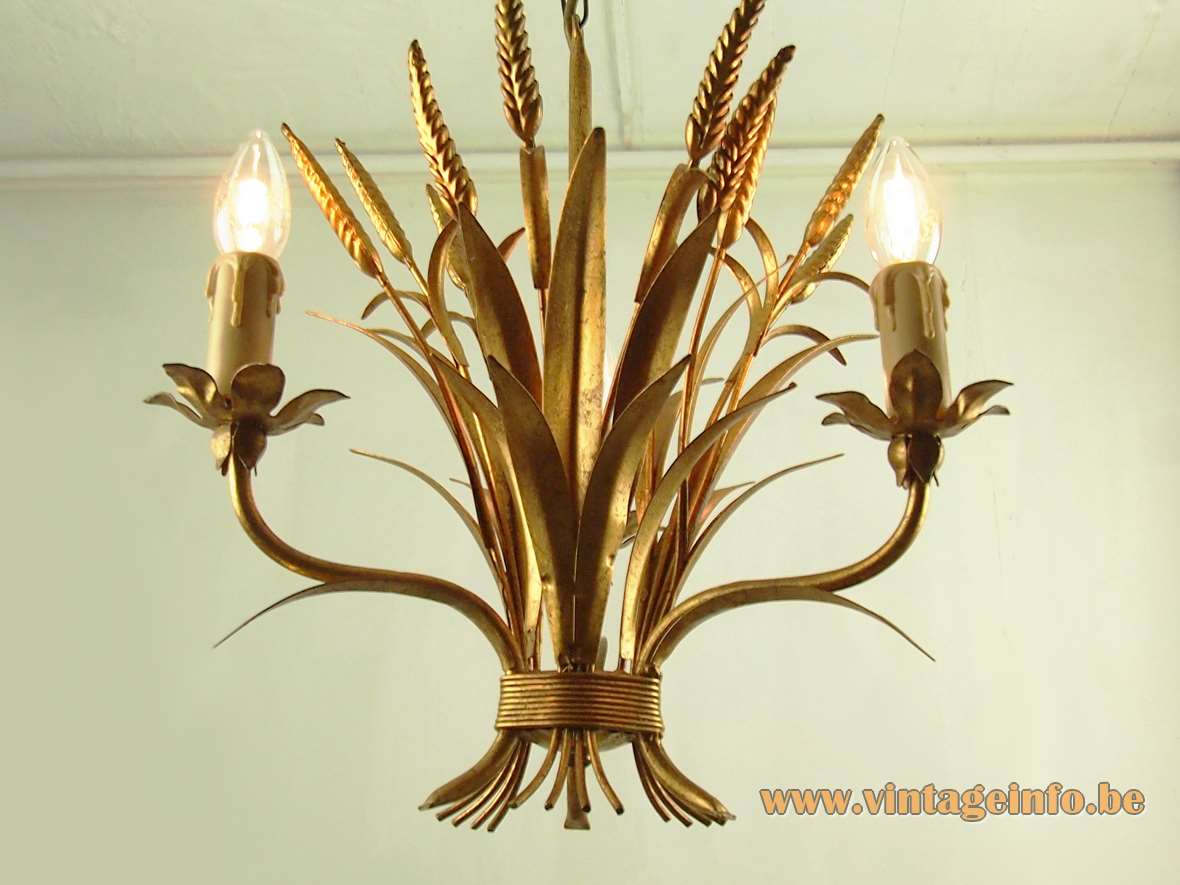 Other versions: This sheaf of wheat chandelier exists in several variations. 3, 5, 7, 8 and more bulbs. Also produced as wall lamps, floor lamps and table lamps. They are all gold painted or gilded.

These type of tole-ware chandeliers were made for a very long time and by many companies. The original antiques uses real candles. Today you can find them new and also made in China. They are all gold painted or gilded.

Often said that the origin is French and the name Coco Chanel is mentioned often, but it is most likely Italian. Coco Chanel had a small table in this style in her apartment in the Rue Cambon in Paris, France in the early 1960s.

Often named “ear of corn chandeliers”, but corn is maize.

The German company Hans Kögl, founded in 1979, produces similar chandeliers with the same canopy today. Al their lamps are produced in Germany or Italy. Many of the early models are still in production.

Also Massive from Belgium produced a range of similar lamps.

The German companies Honsel Leuchten, Wendlinger Leuchten and ZiCOLi also sold these chandeliers, you can find a similar example here on Vintageinfo.