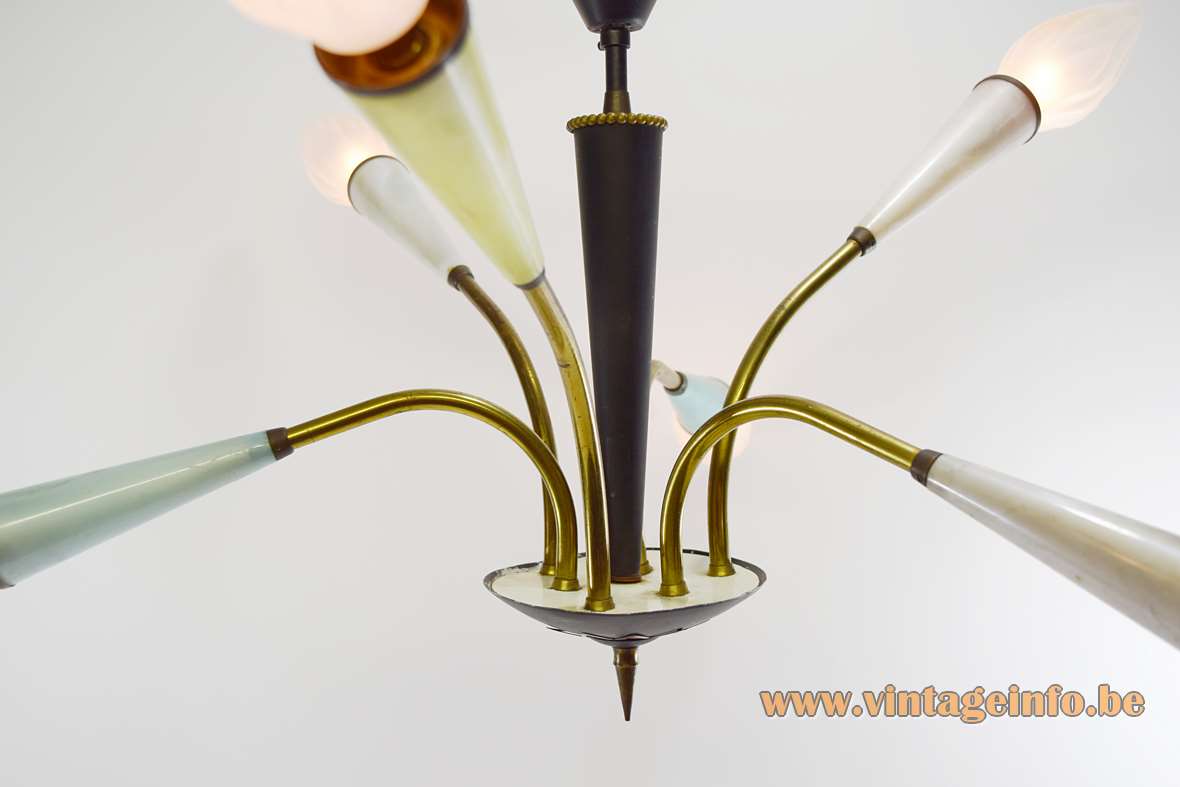 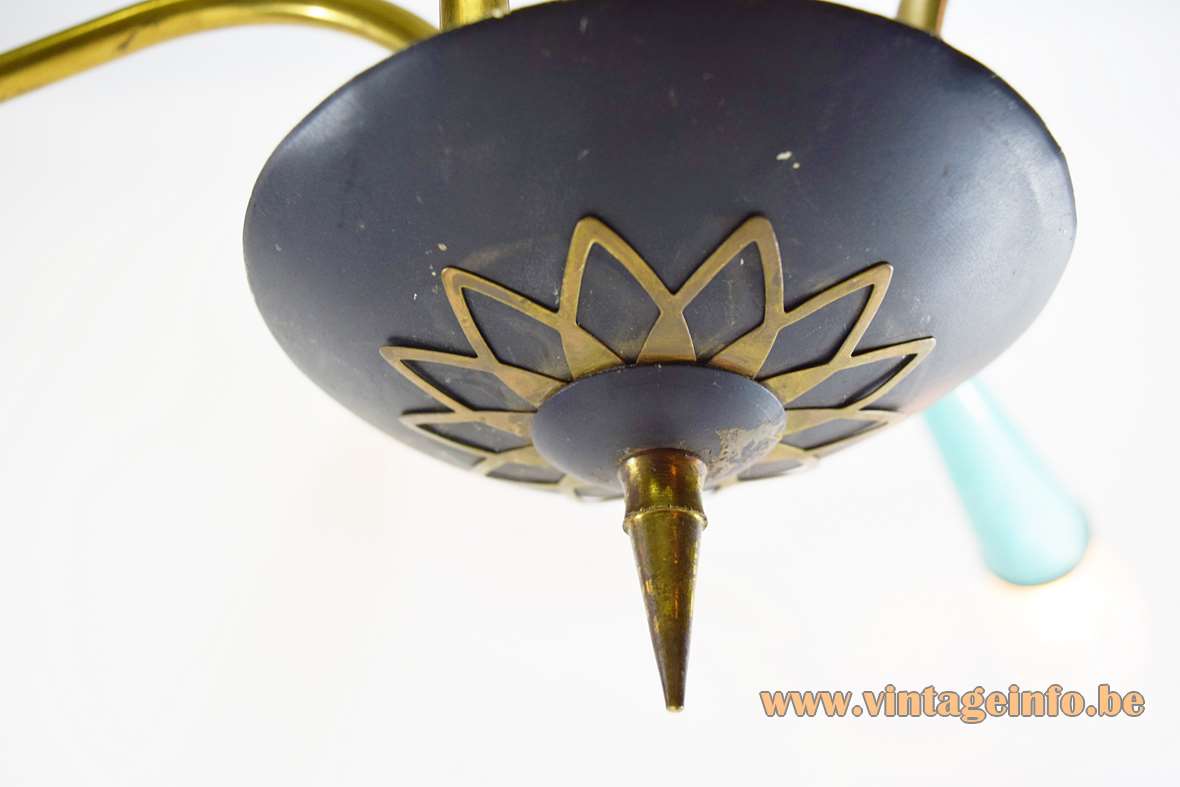 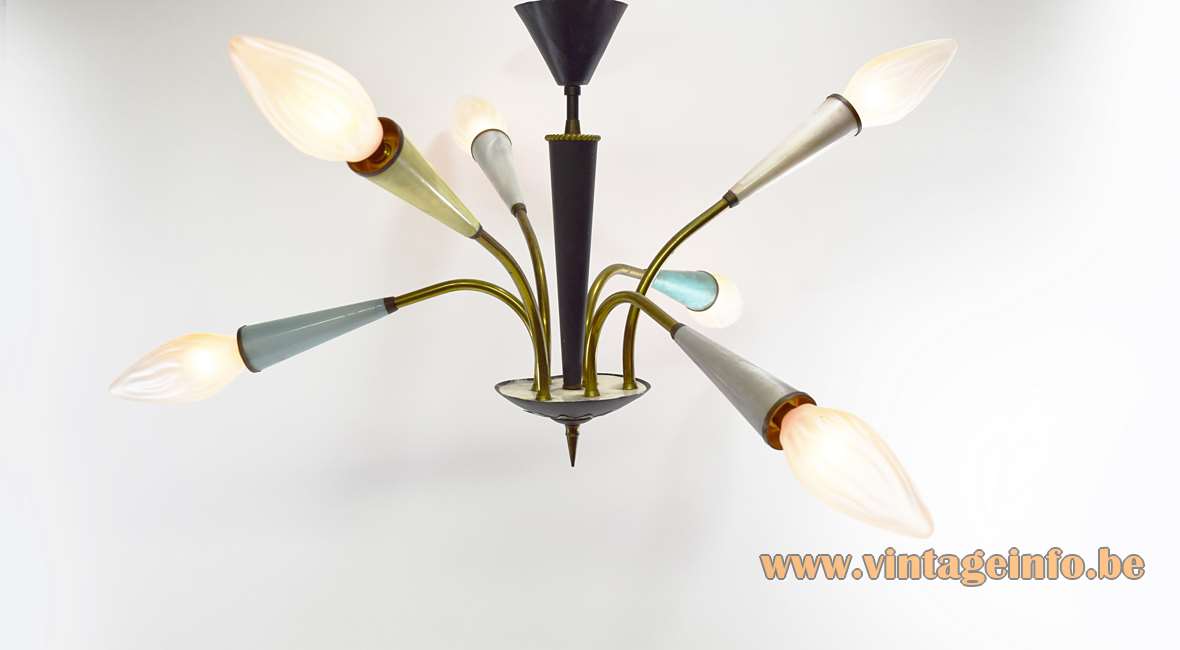 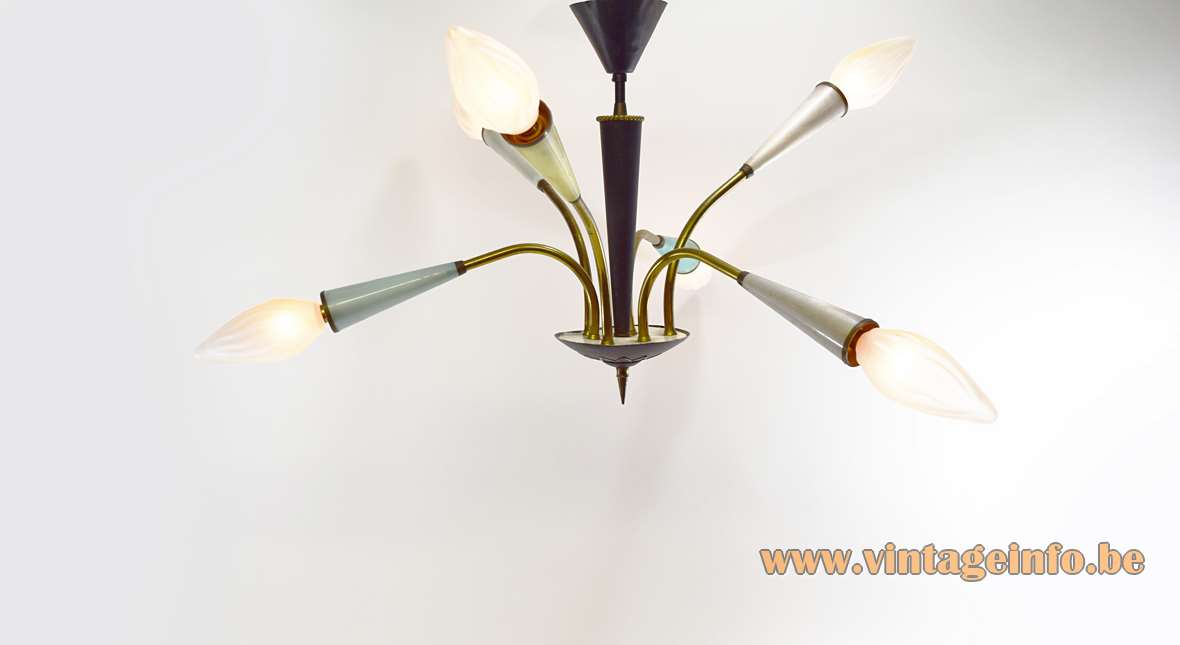 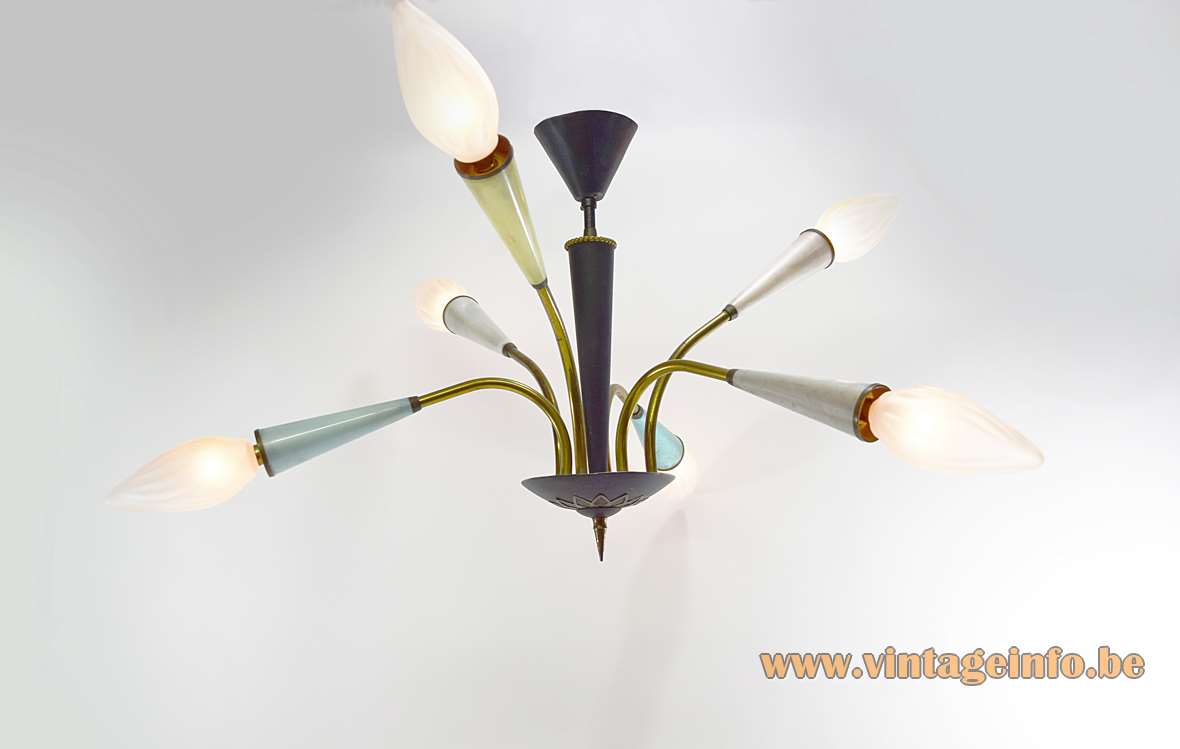 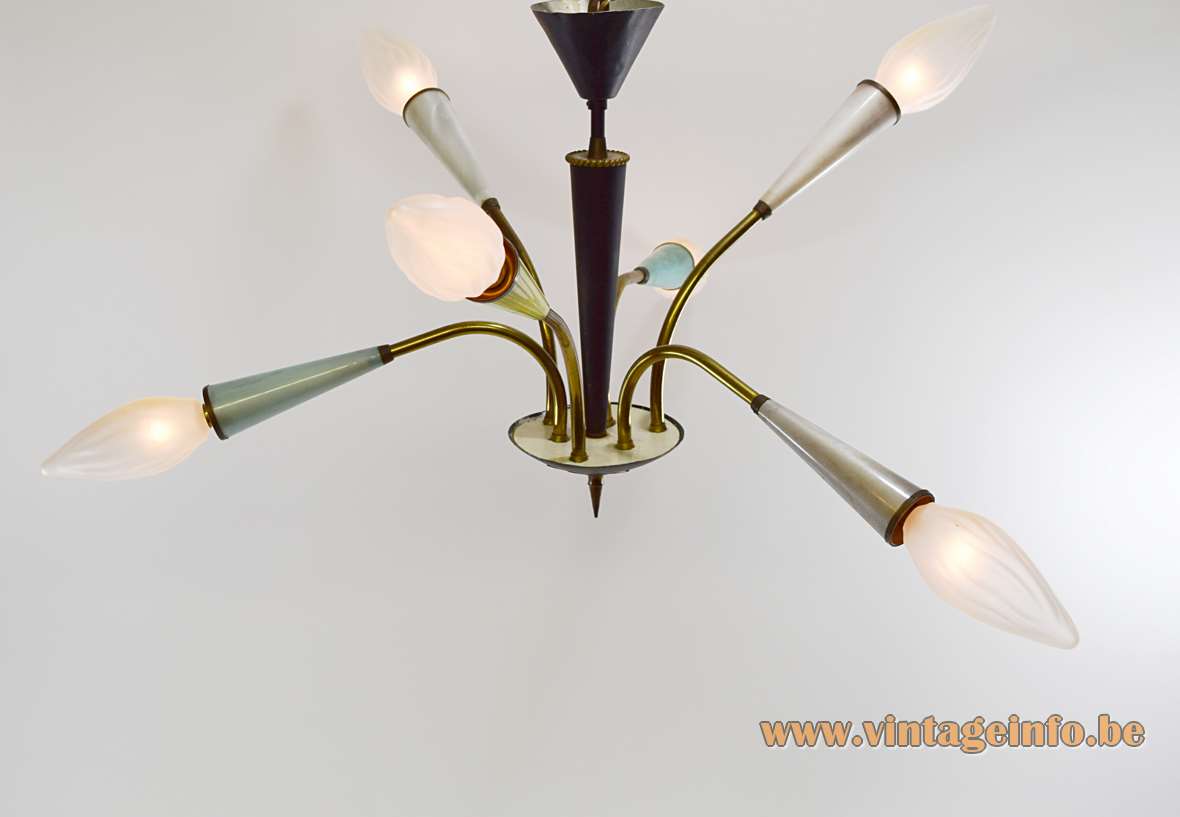 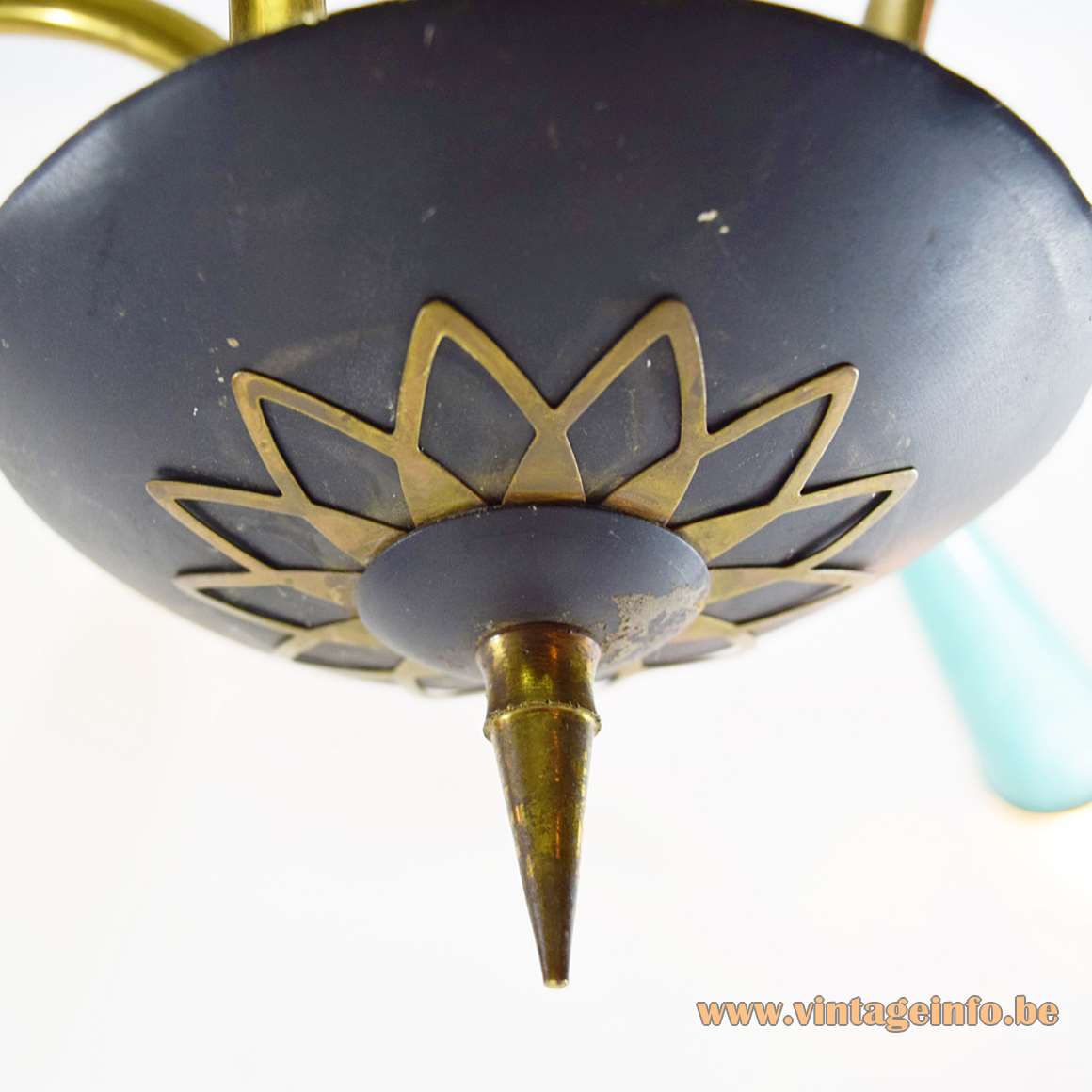 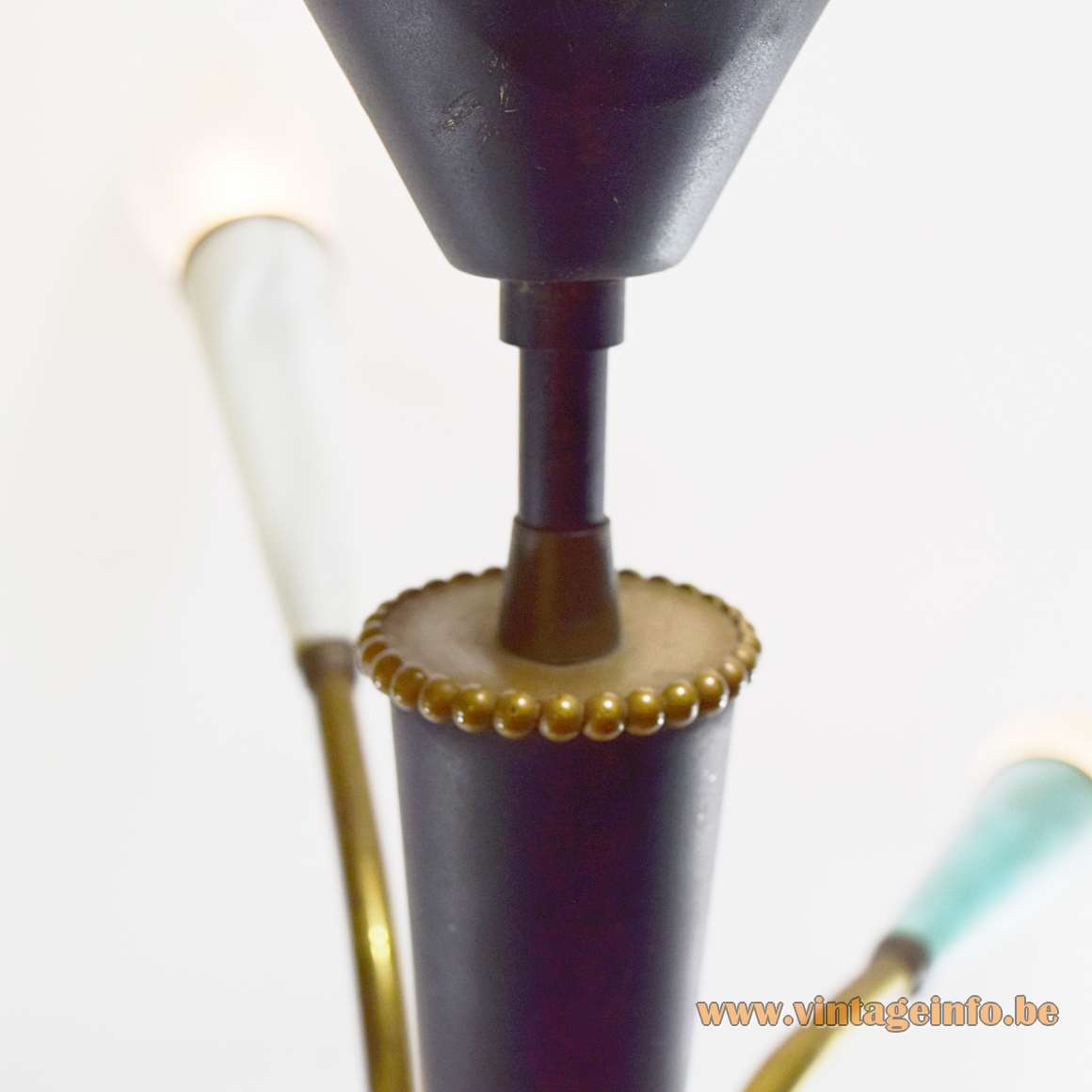 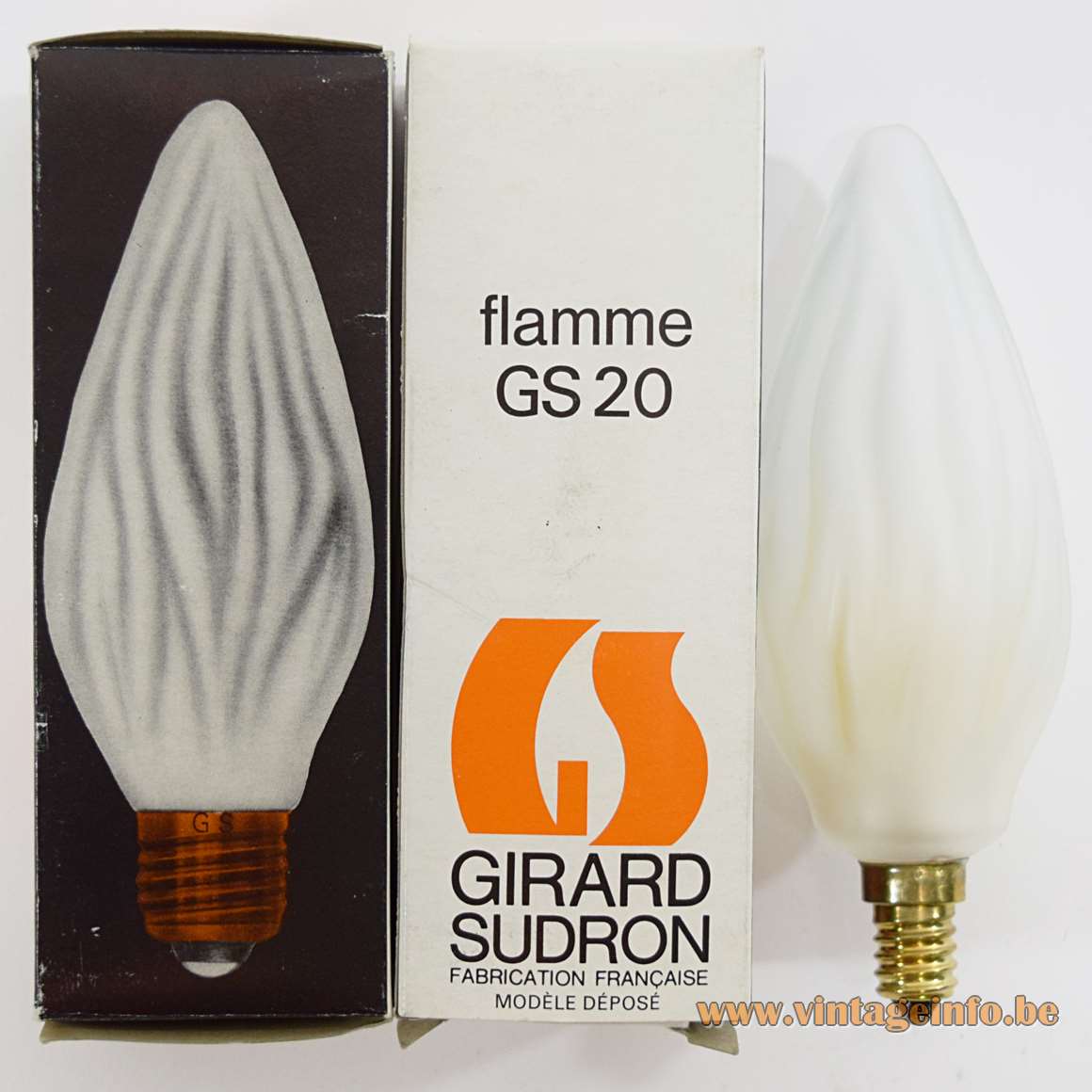 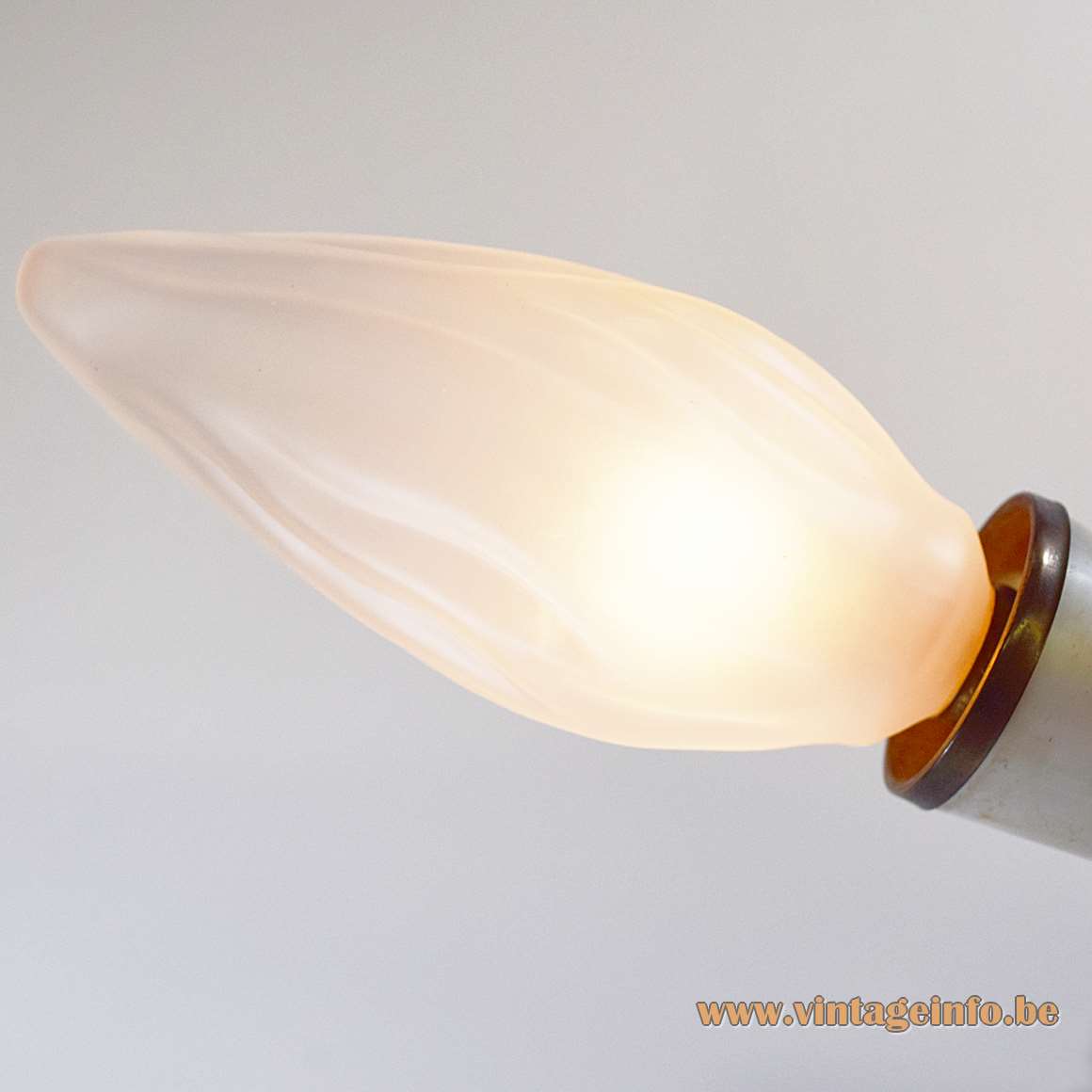 Electricity: 6 bulbs E14, 6 x 25 watt maximum, 110/220 volt.
Any type of light bulb can be used, not a specific one preferred. But because it gives spreads light, it is wise to use frosted or opaque light bulbs.

Other versions: This 1950s sputnik chandelier exists in many forms, sizes and interpretations.

The earliest design of these chandeliers dates back from the 1950s, when the Soviets launched their Sputnik 1 satellite into orbit (1957): the space age.


The light bulbs used for this configuration are Girard Sudron GS20 Flame light bulbs from the 1980s.  Girard Sudron is a French company founded in 1984 and located in Paris and today the market leader of the Filament LED lamp. They are specialised in decorative flame lamps. many of them based on older designs, such as these.