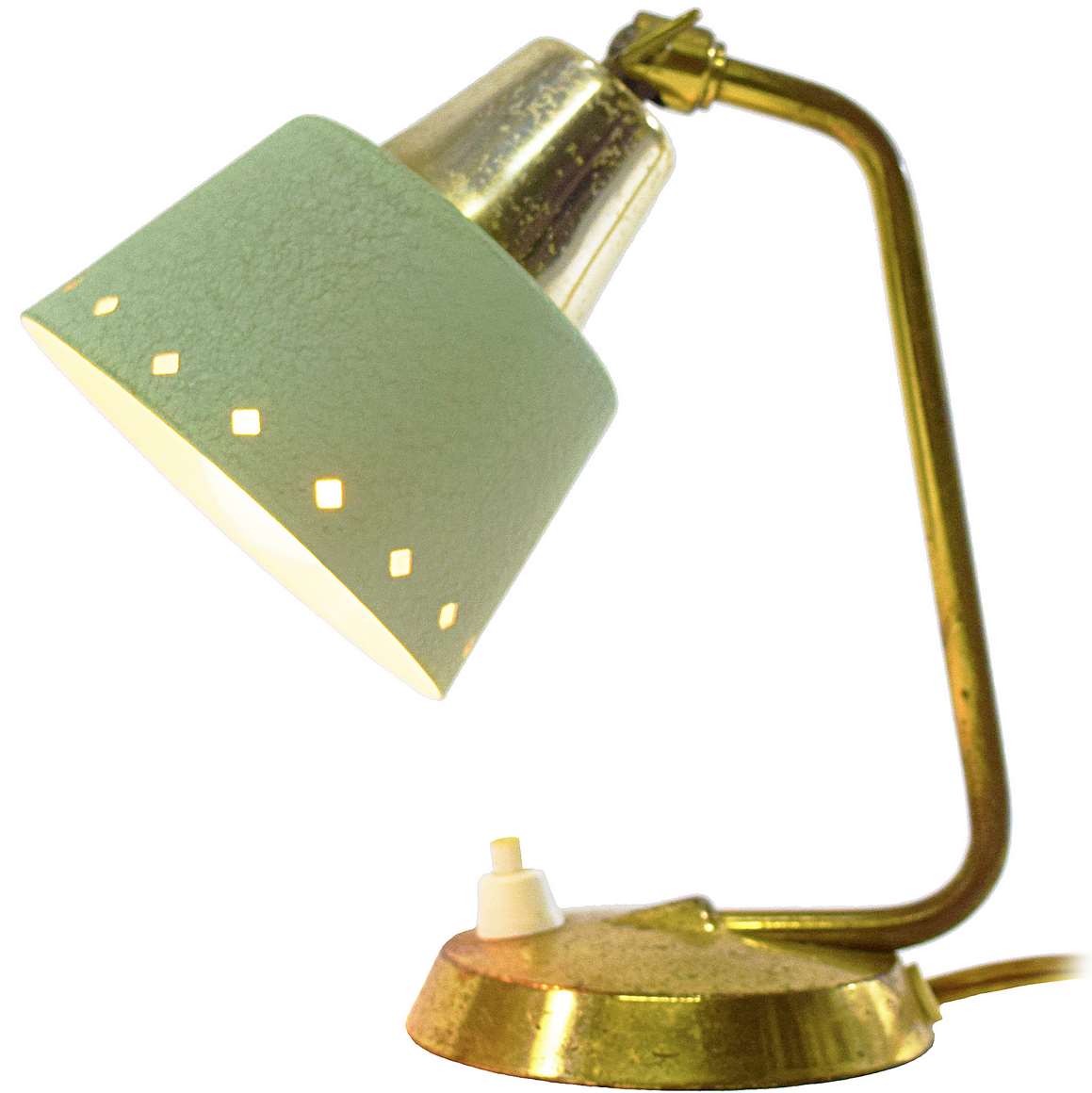 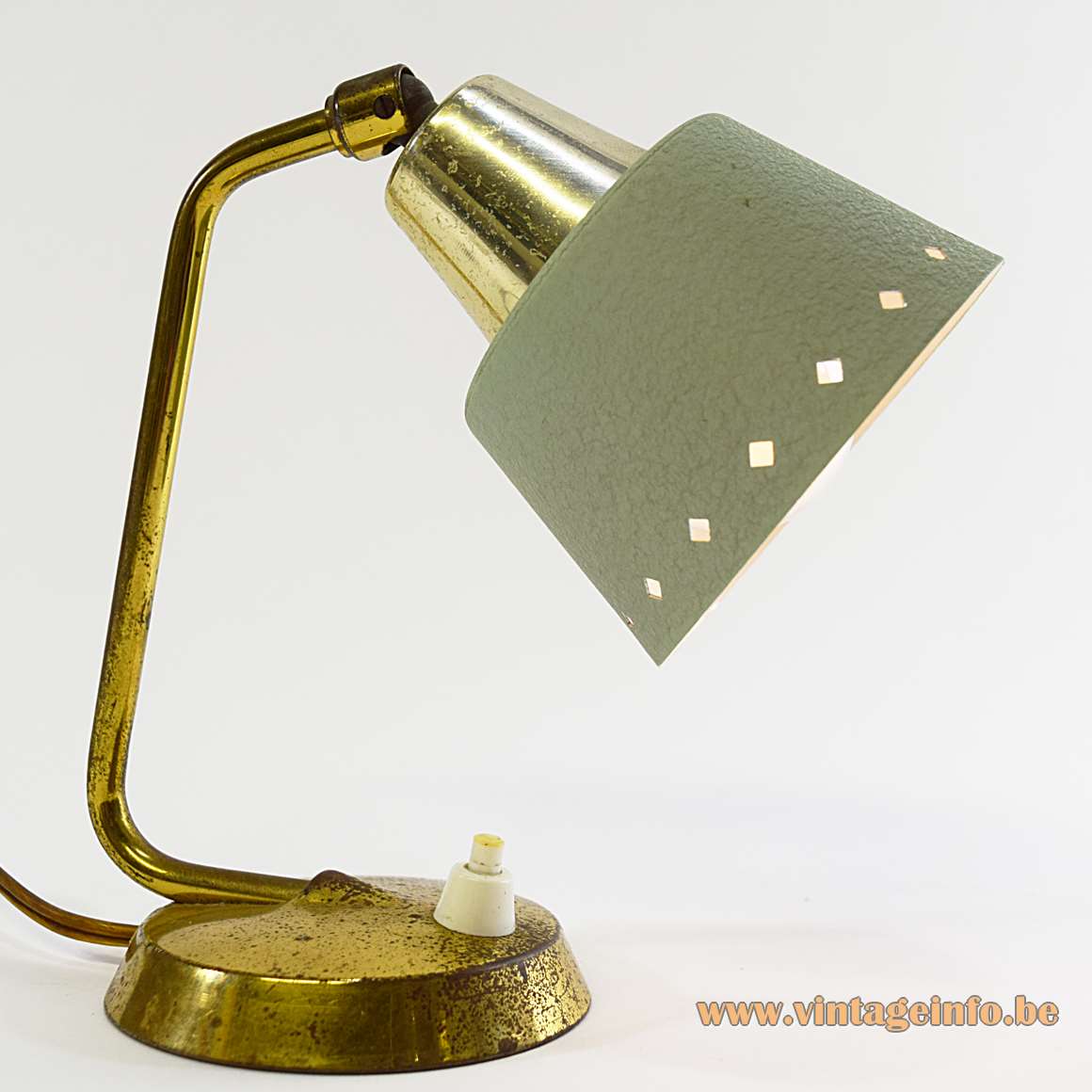 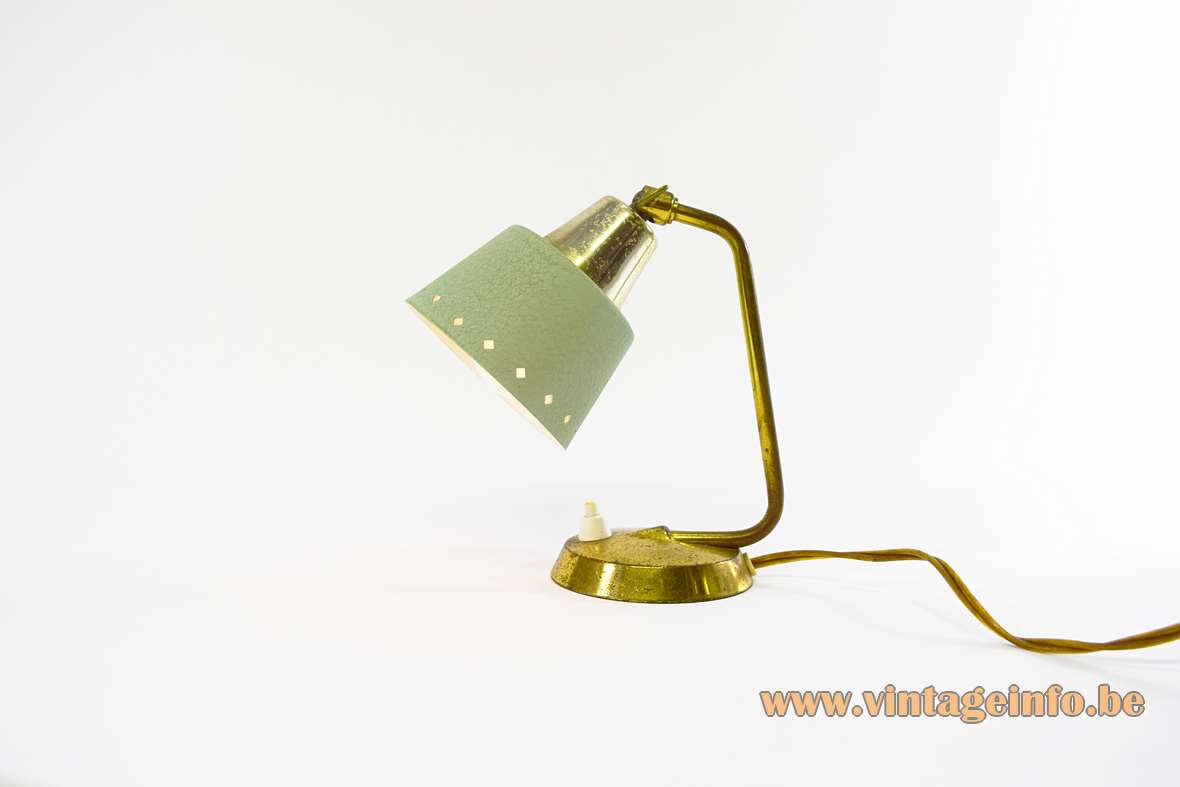 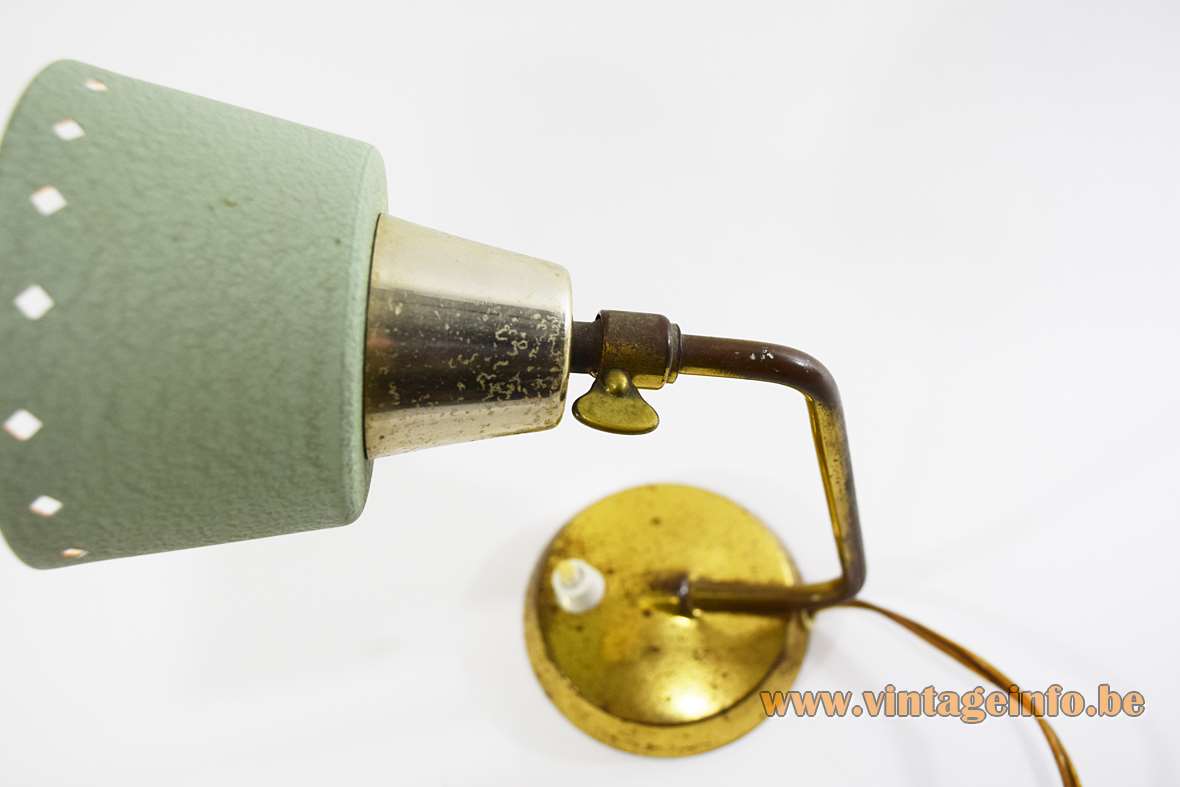 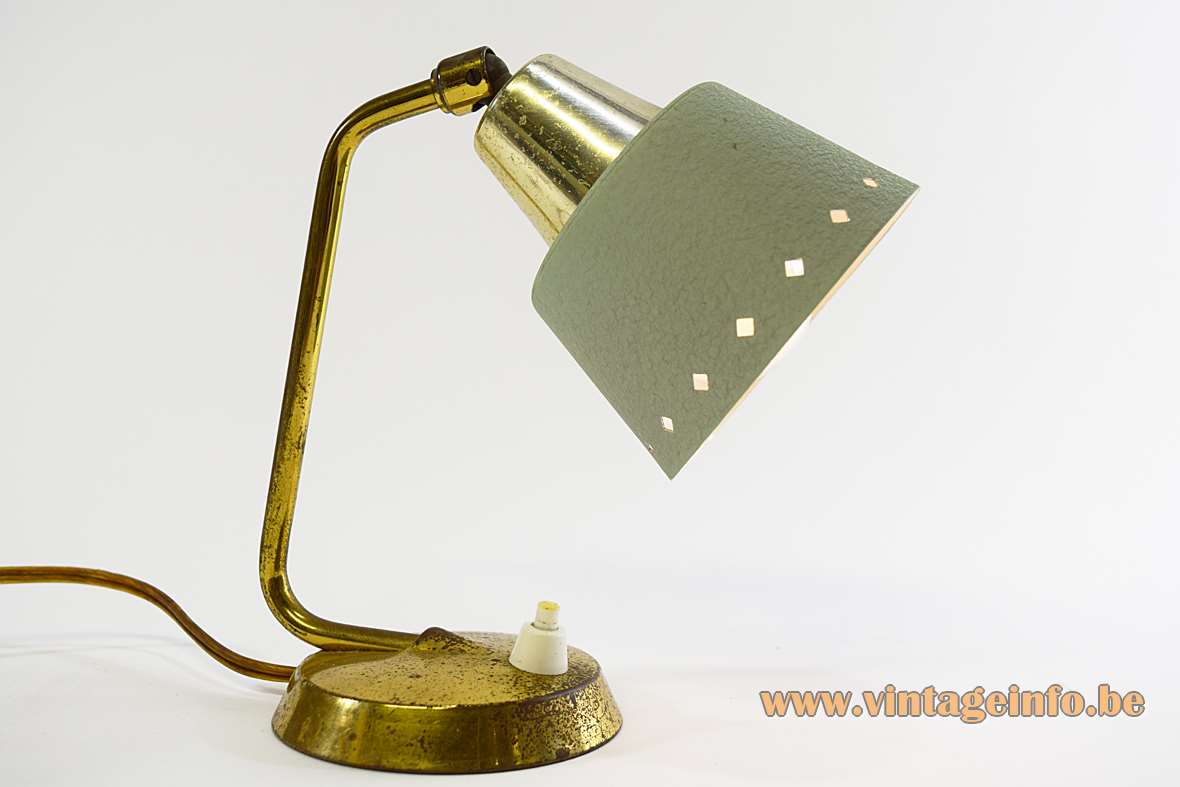 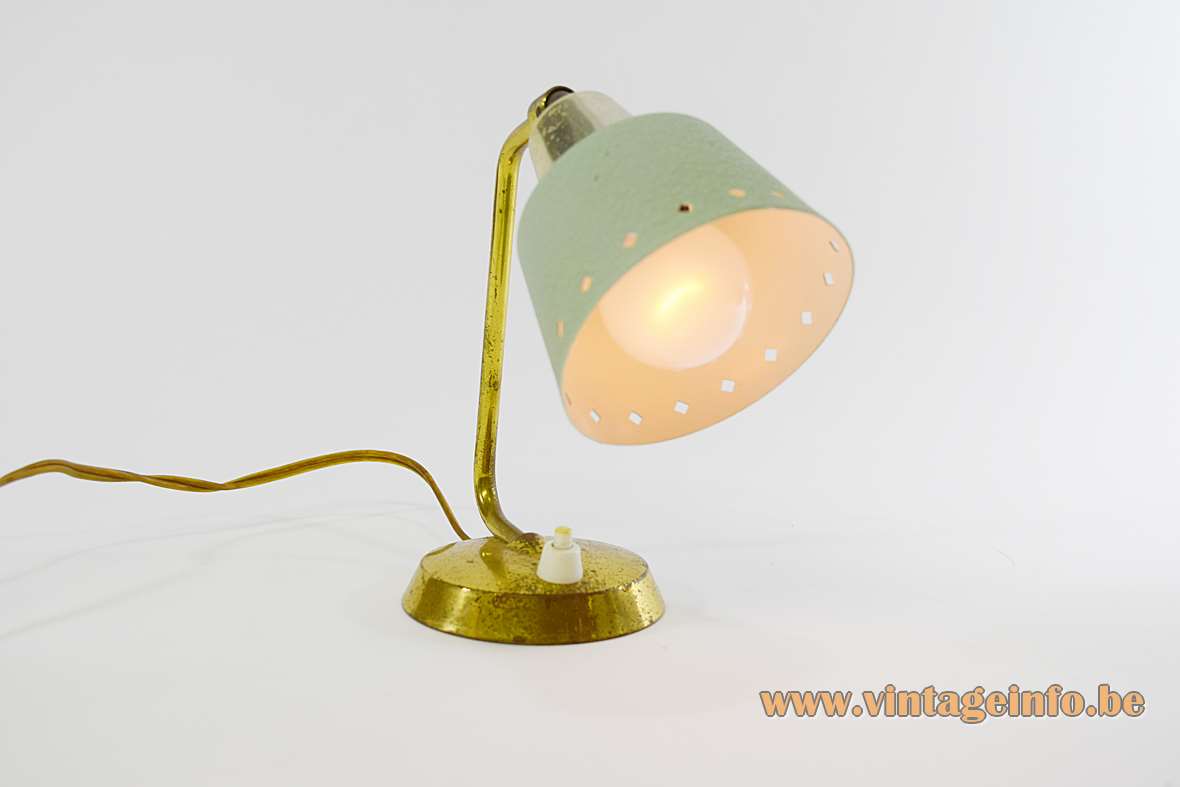 Other versions: This 1950s perforated bedside lamp was made in several varieties, as you can see in the catalogue picture from 1964.

Many other lighting producers made similar lamps. Heiru Leuchten from Austria also produced some lamps with a diamond/square perforation. 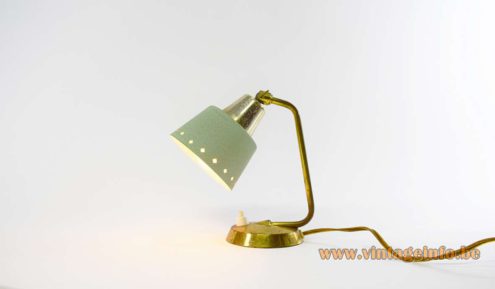