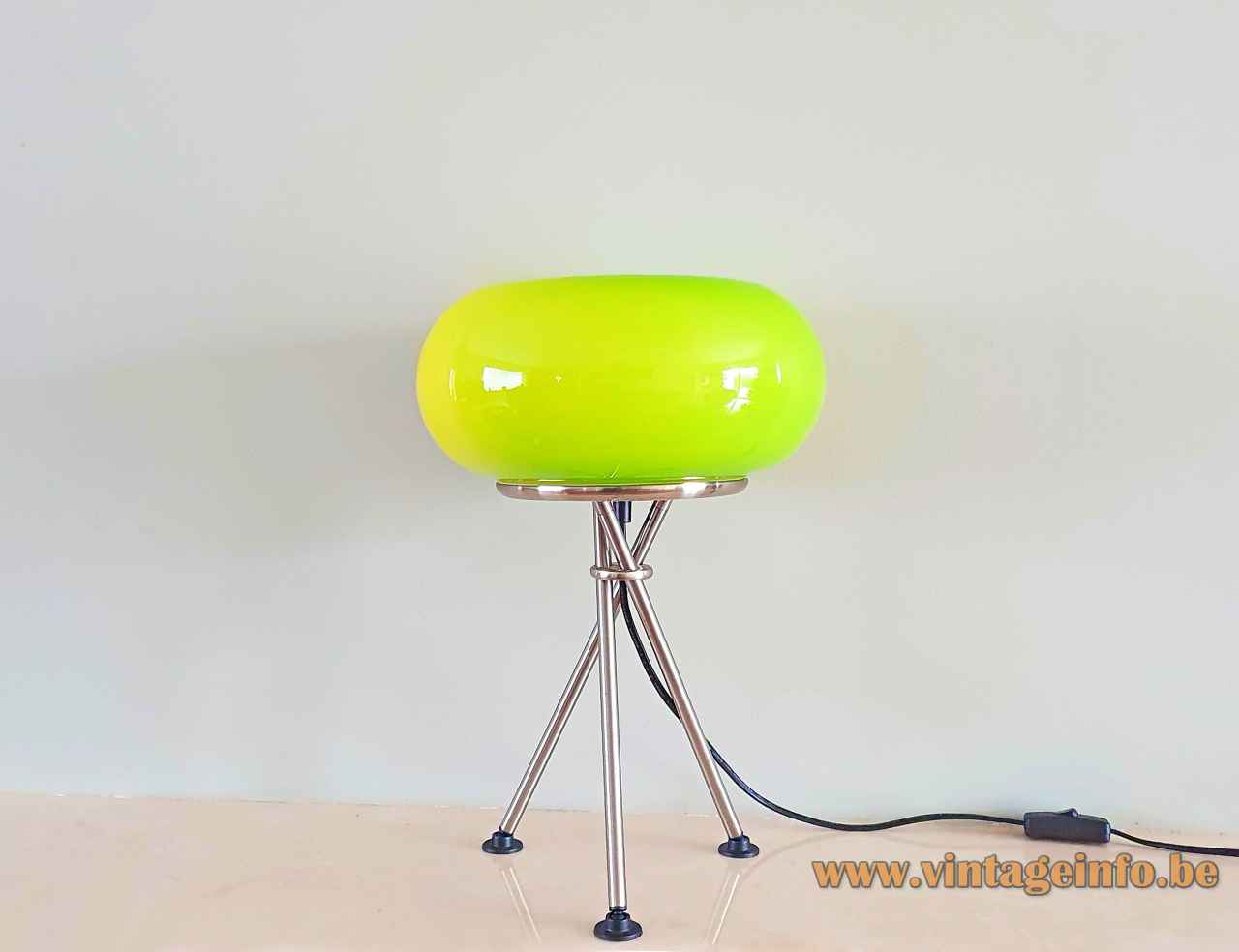 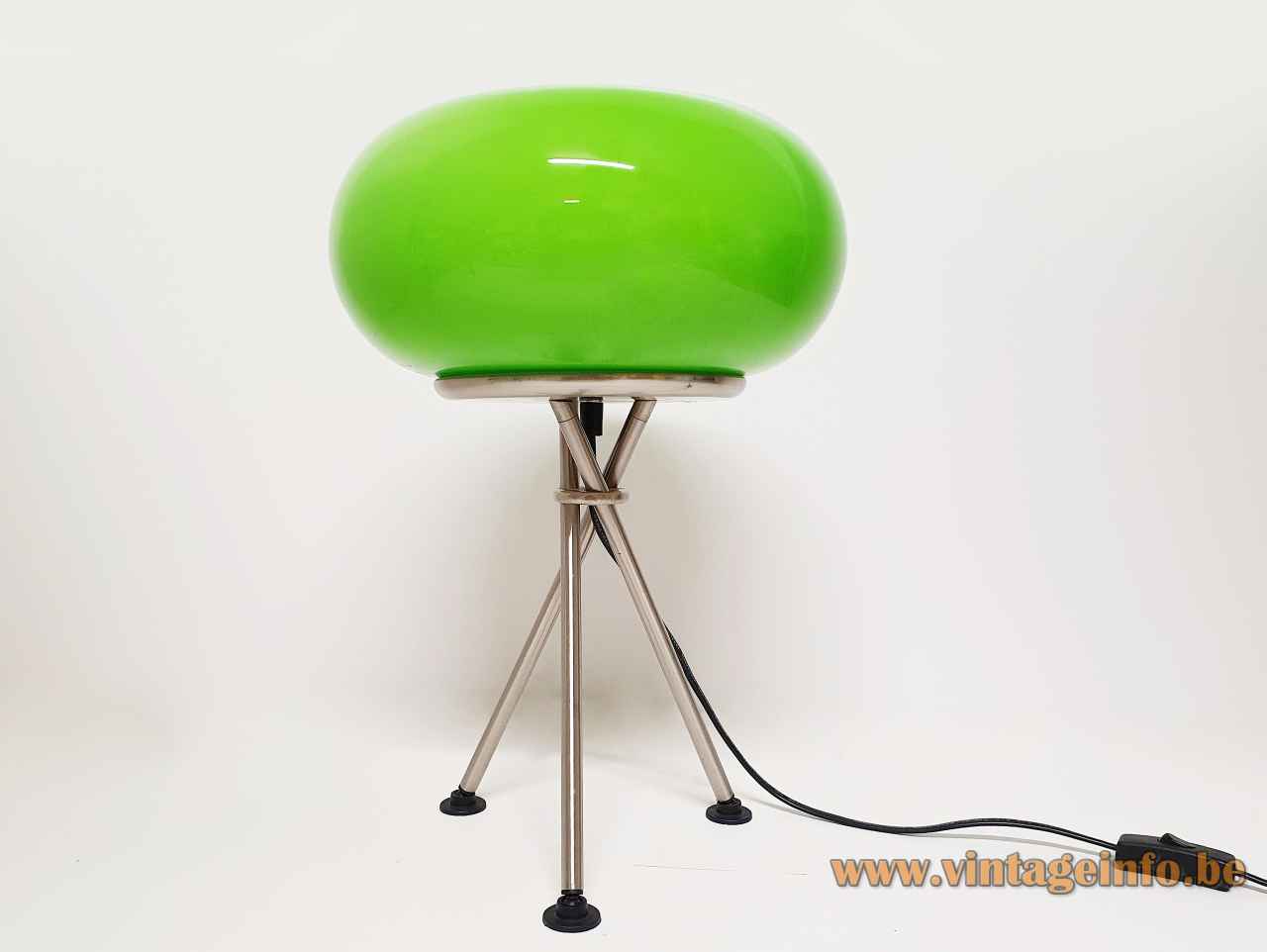 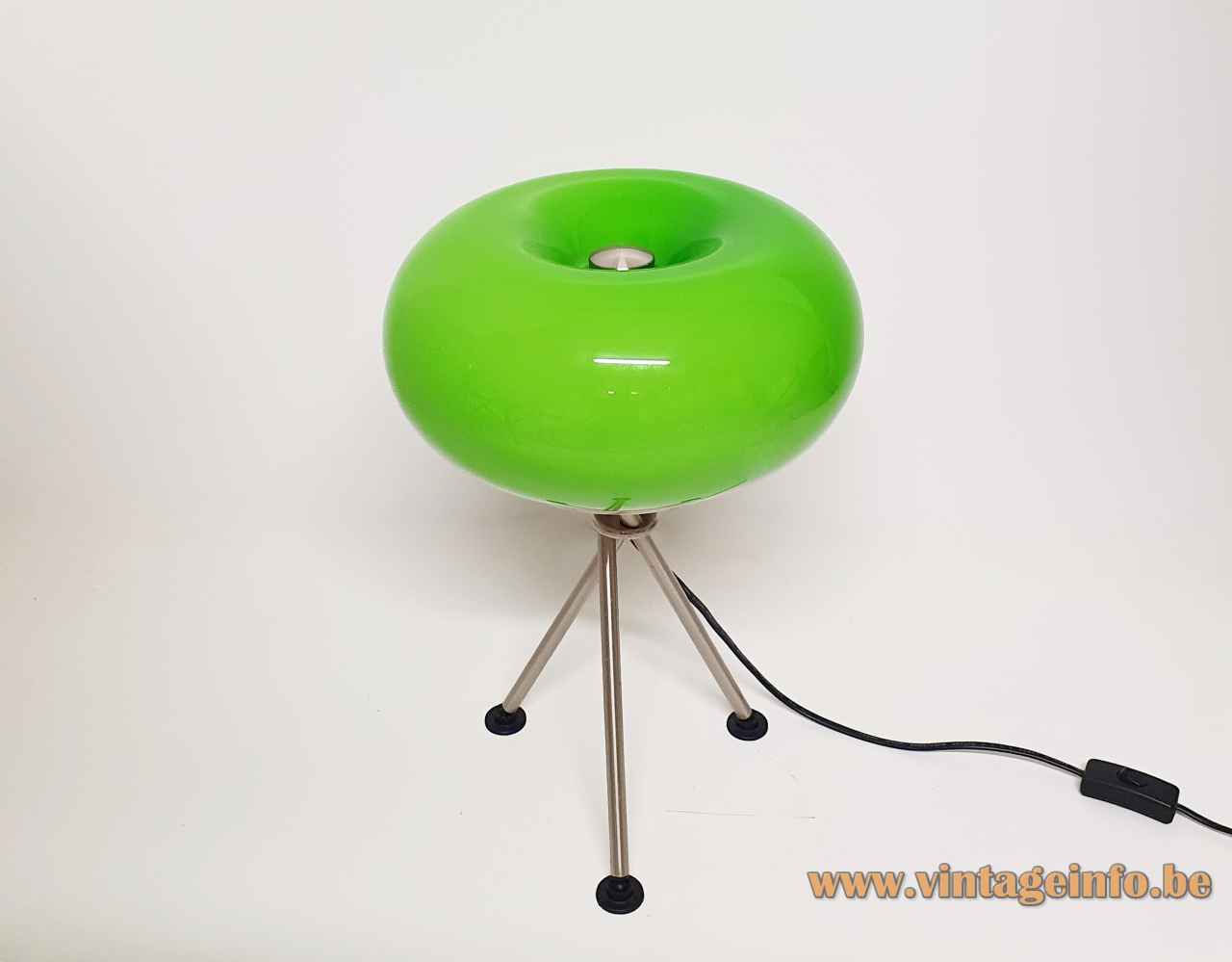 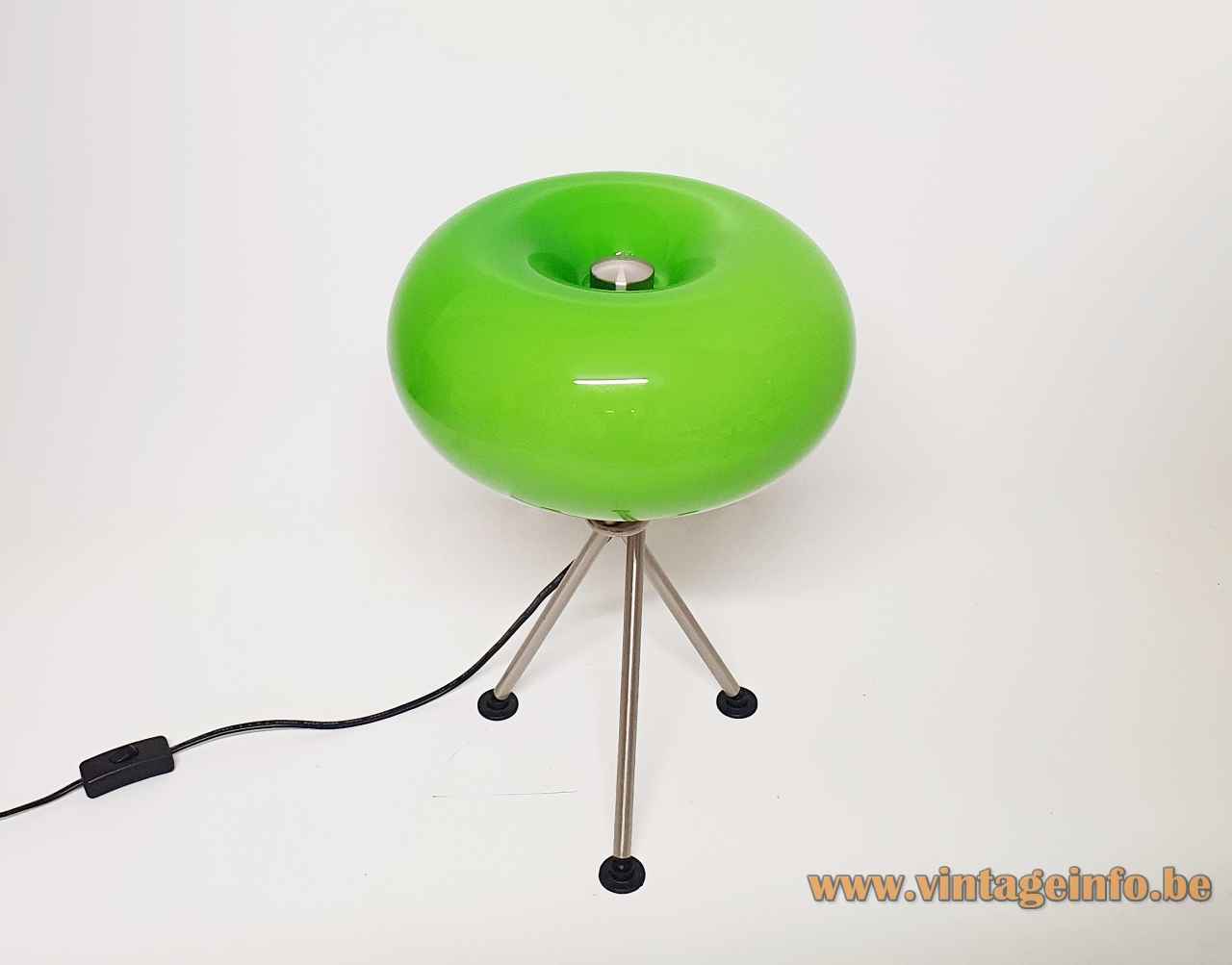 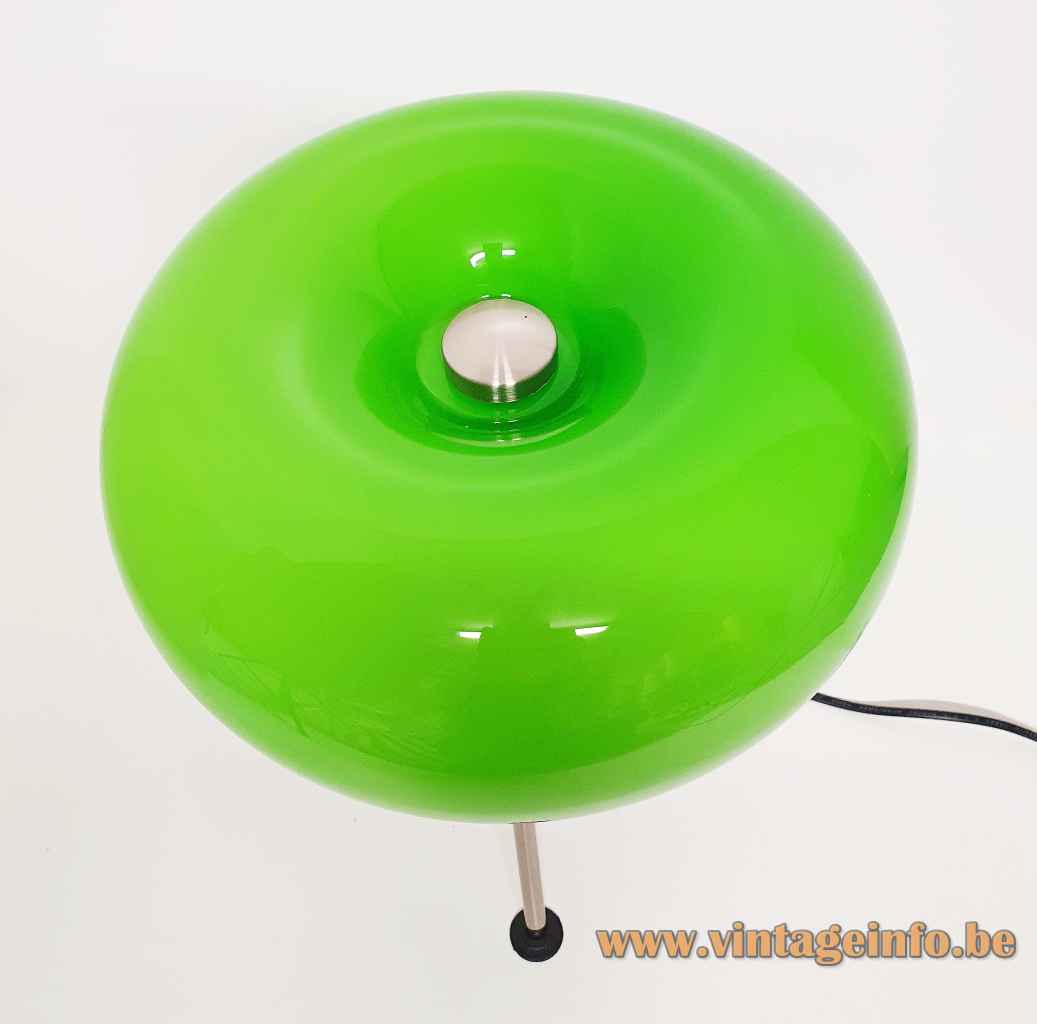 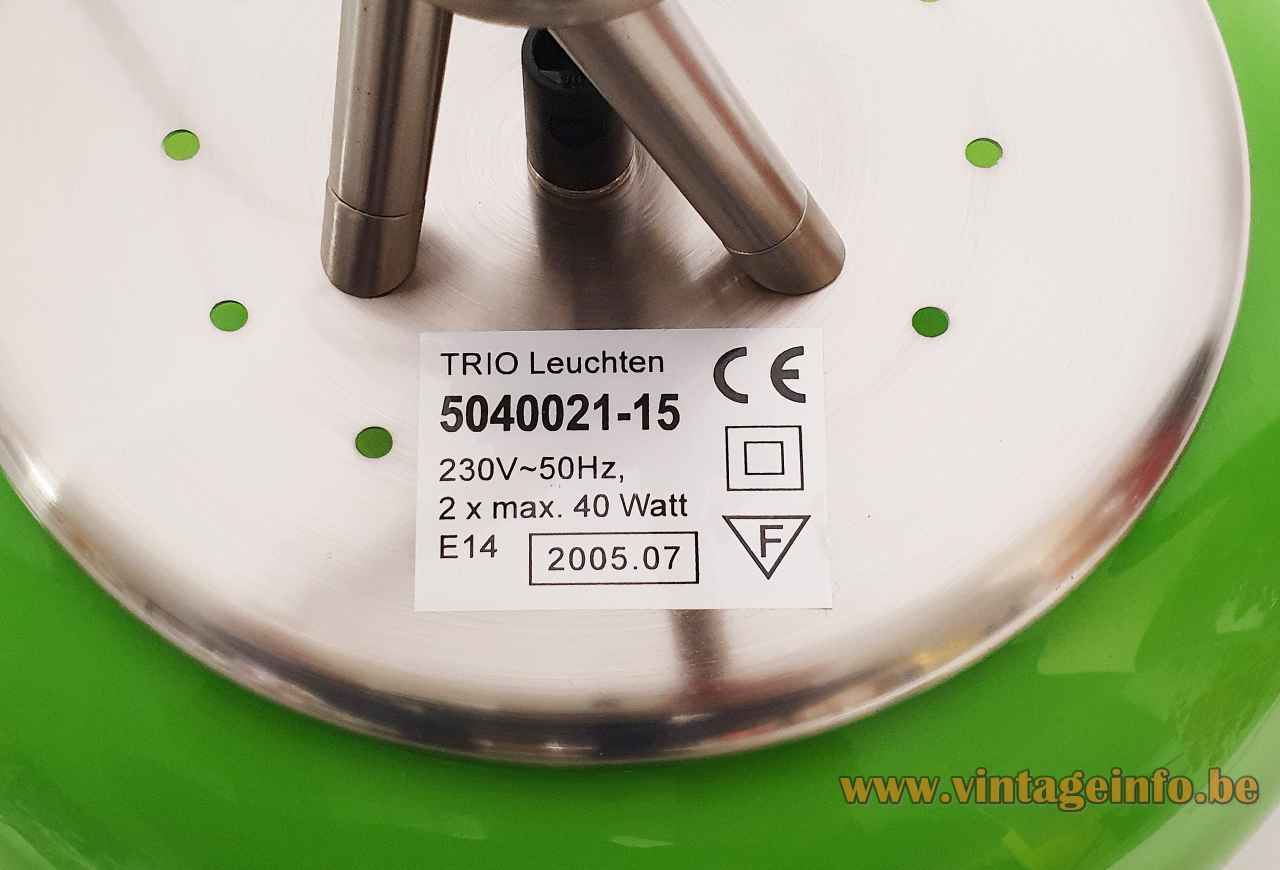 Other versions: This Trio Leuchten green glass table lamp is named Olympic. It exists in several colours. A red version can be found here. It was also produced as a floor lamp, you can find it over here. The design of the lamps is inspired by the Olympic flame, hence the name.

The same glass was used for lamps made by Prisma Leuchten.

The same tripod base was used for several other lamps, as you can see in a 2010s catalogue.