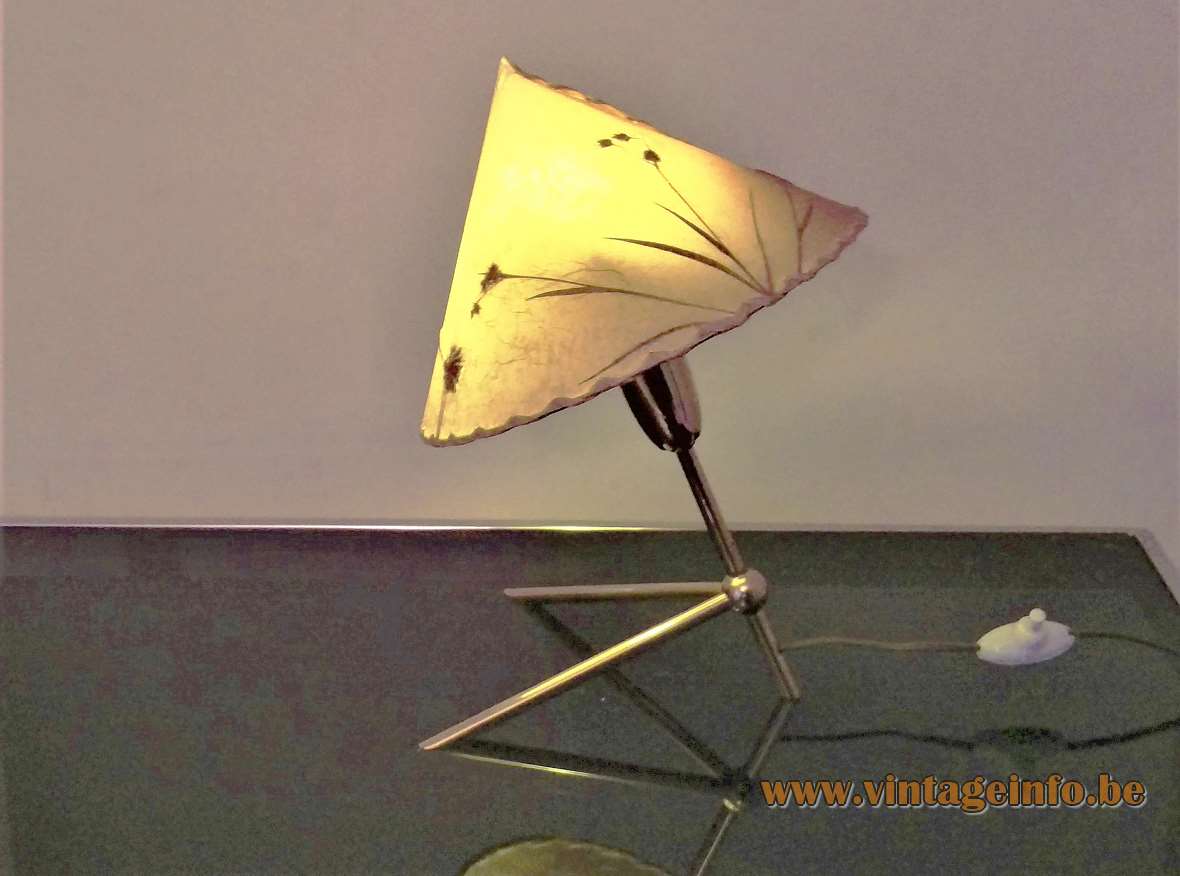 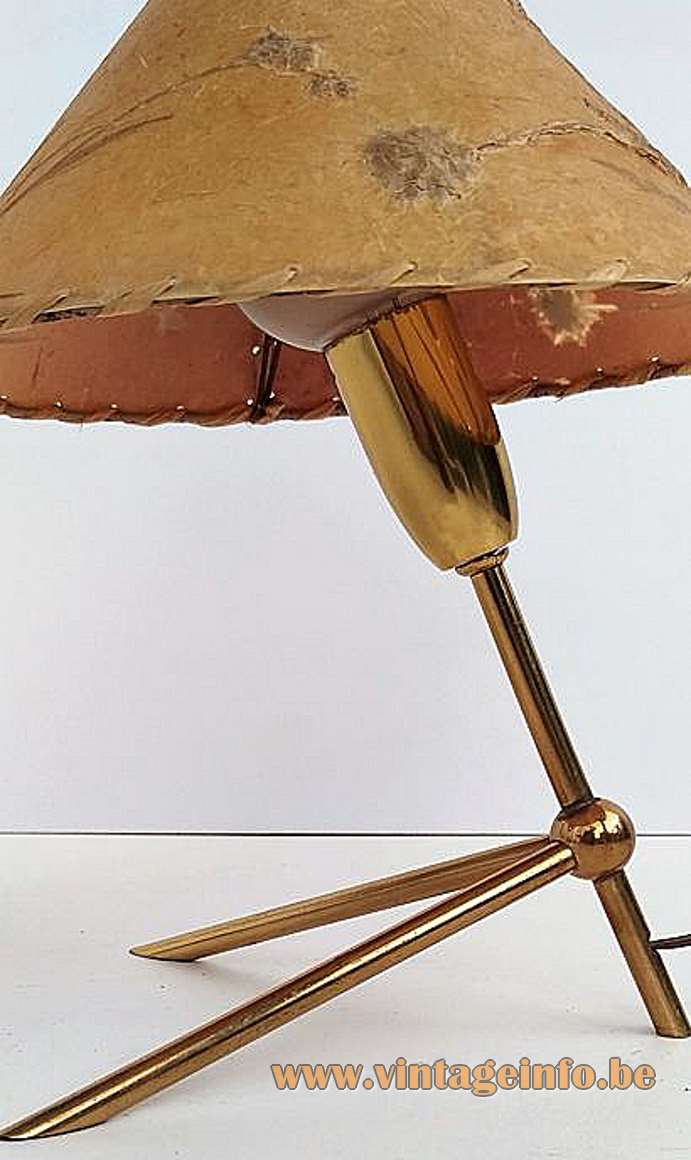 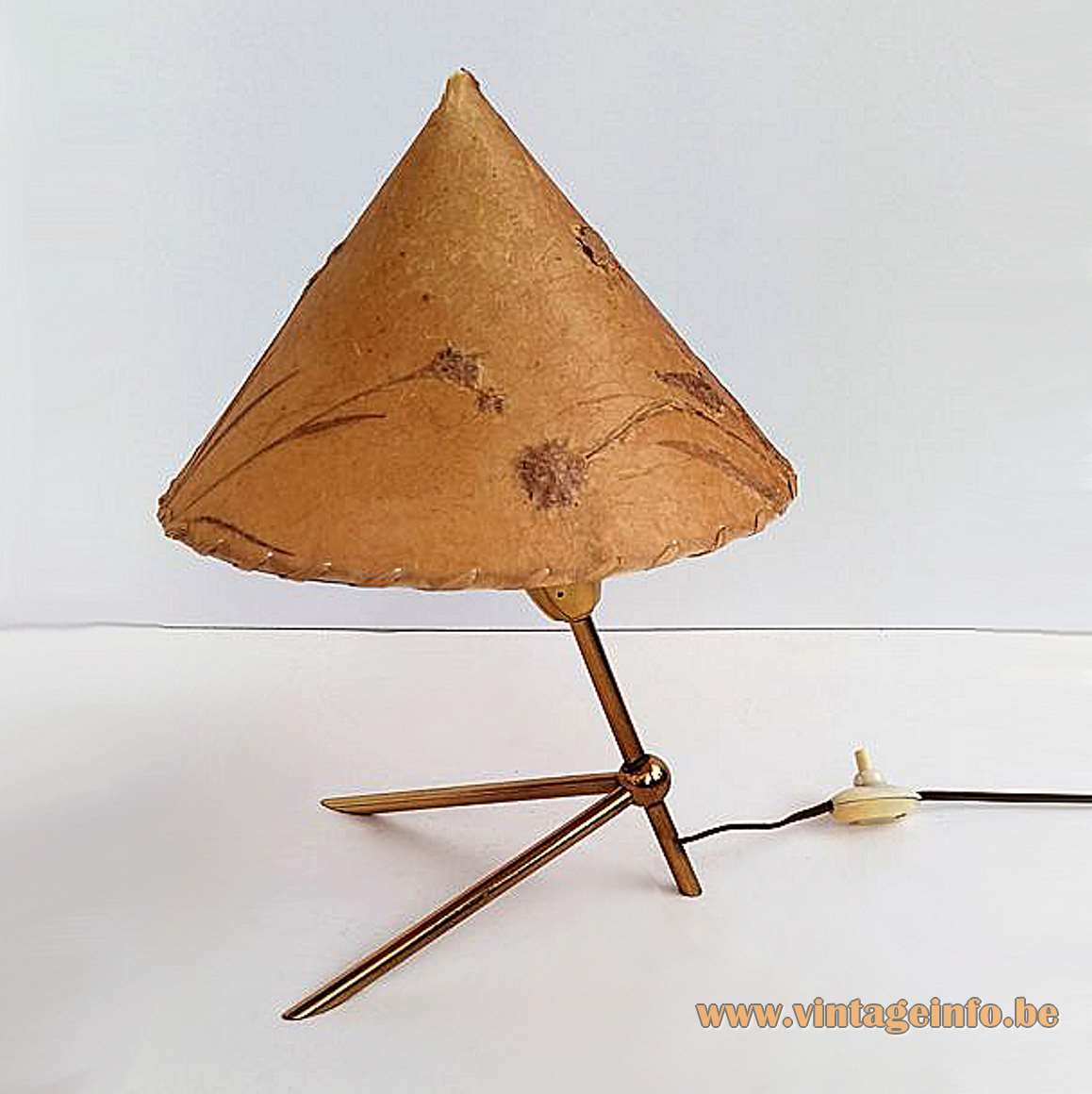 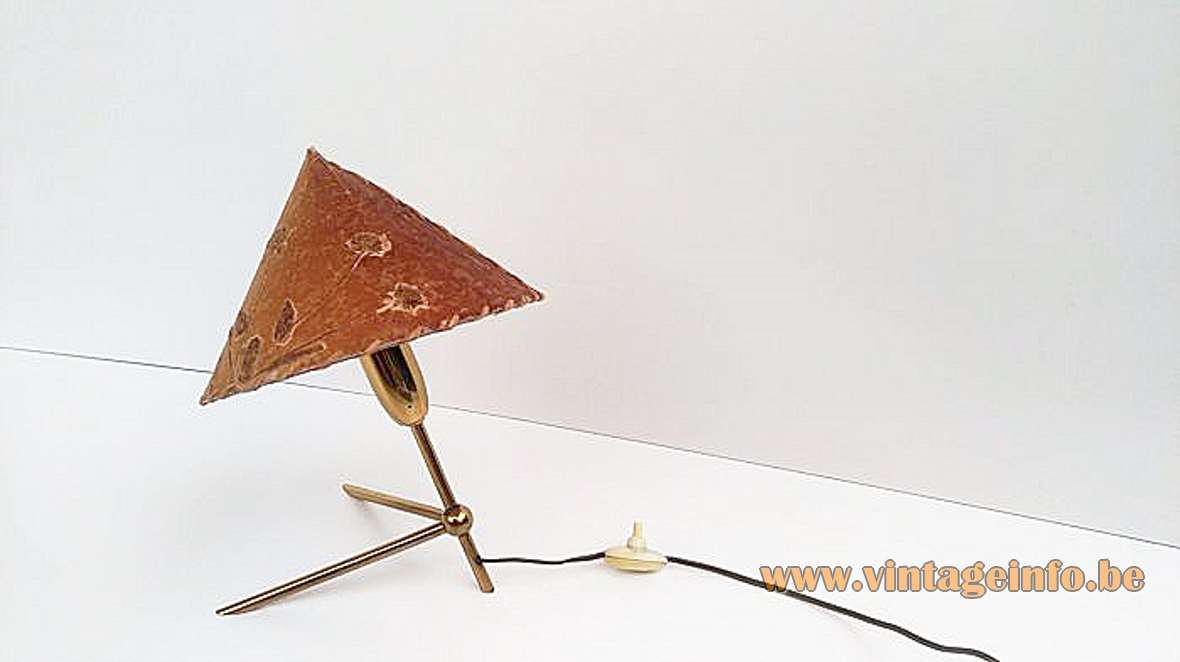 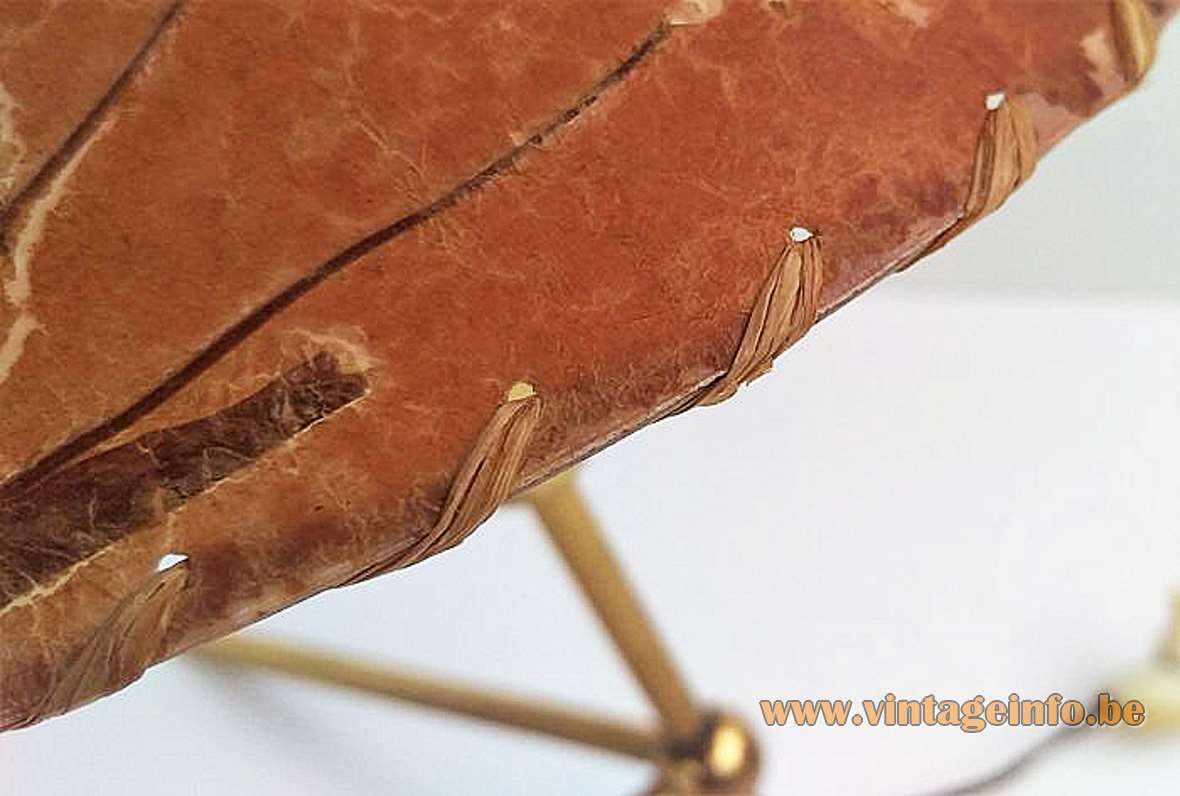 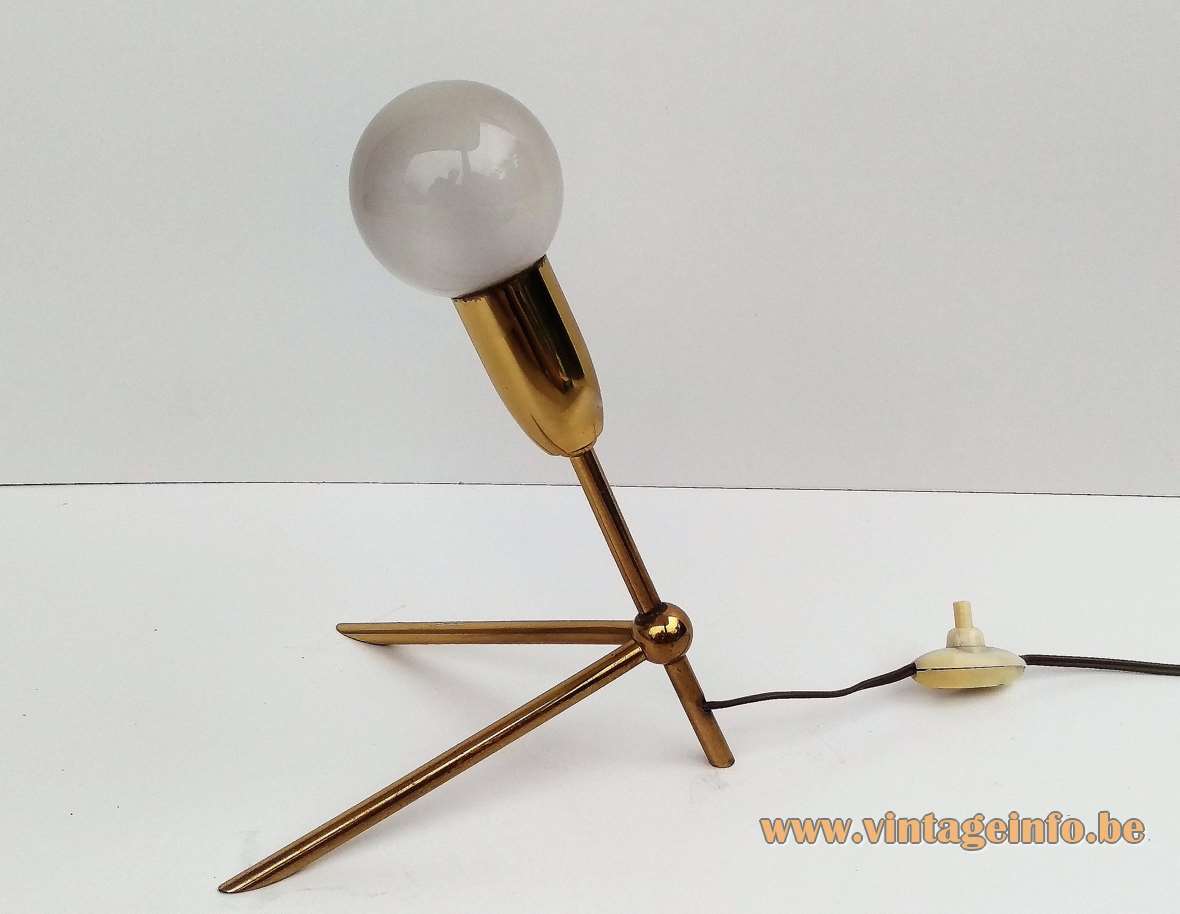 Other versions: This Rupert Nikoll table lamp exists with several different lampshades because they are all unique. These conical lampshades were used for several other table or bedside lamps.

Rupert Nikoll is also known for the “Sumatra” floor lamp, which has some similarities with this table lamp. Also made in brass with an organic lampshade. Several lamps were produced with lampshades in this form together with organic materials such as flowers, grasses and cane. Few are left and many have disappeared due to the fragility of the lampshade.