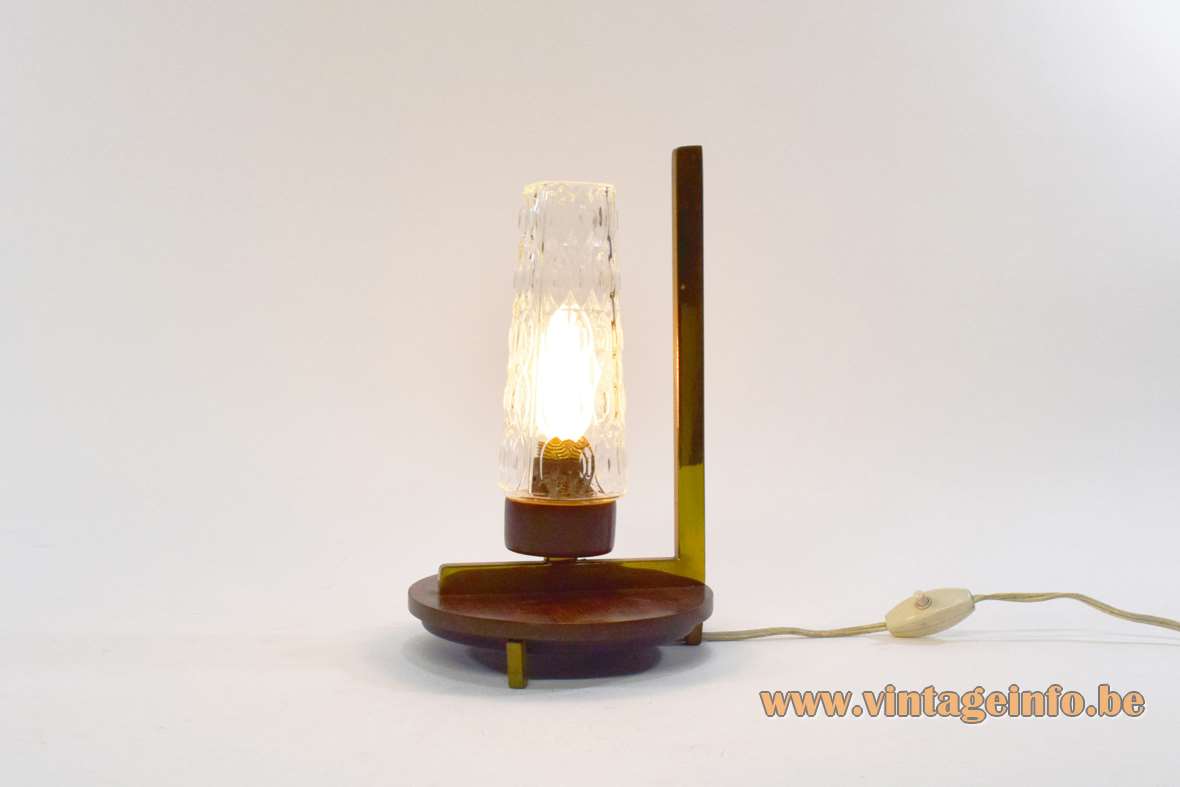 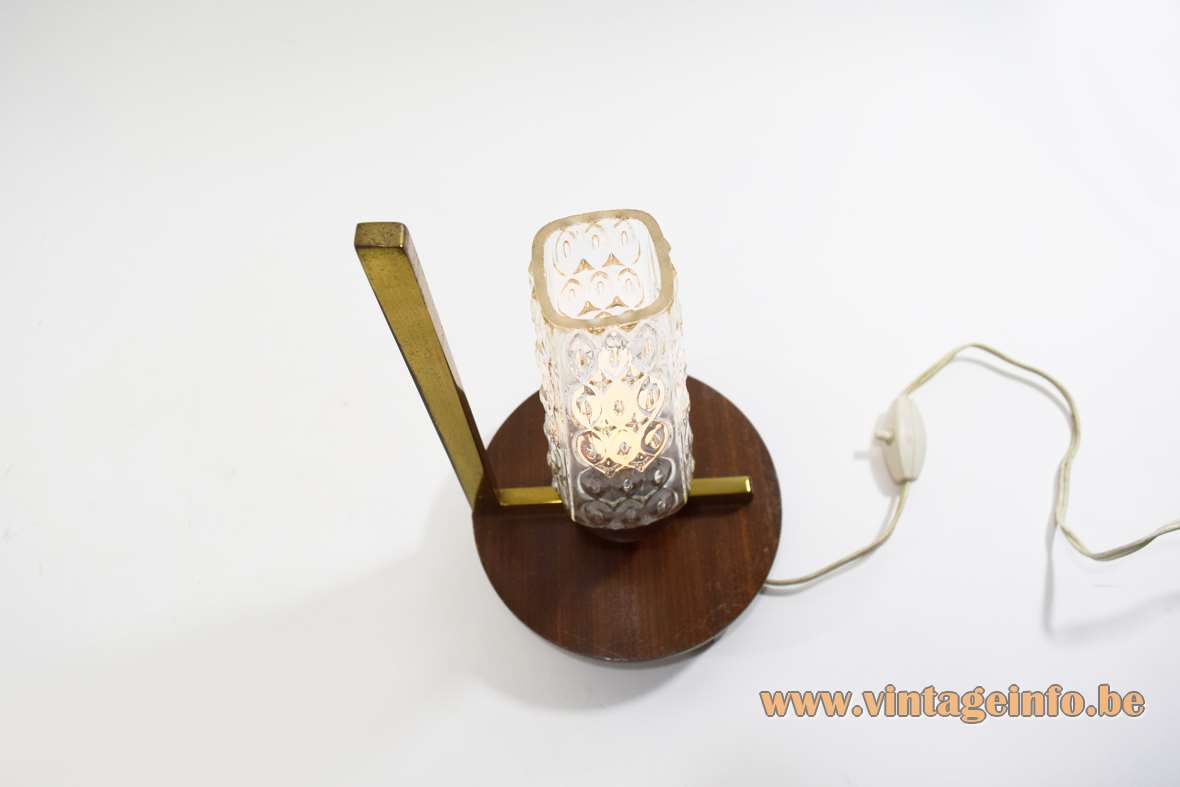 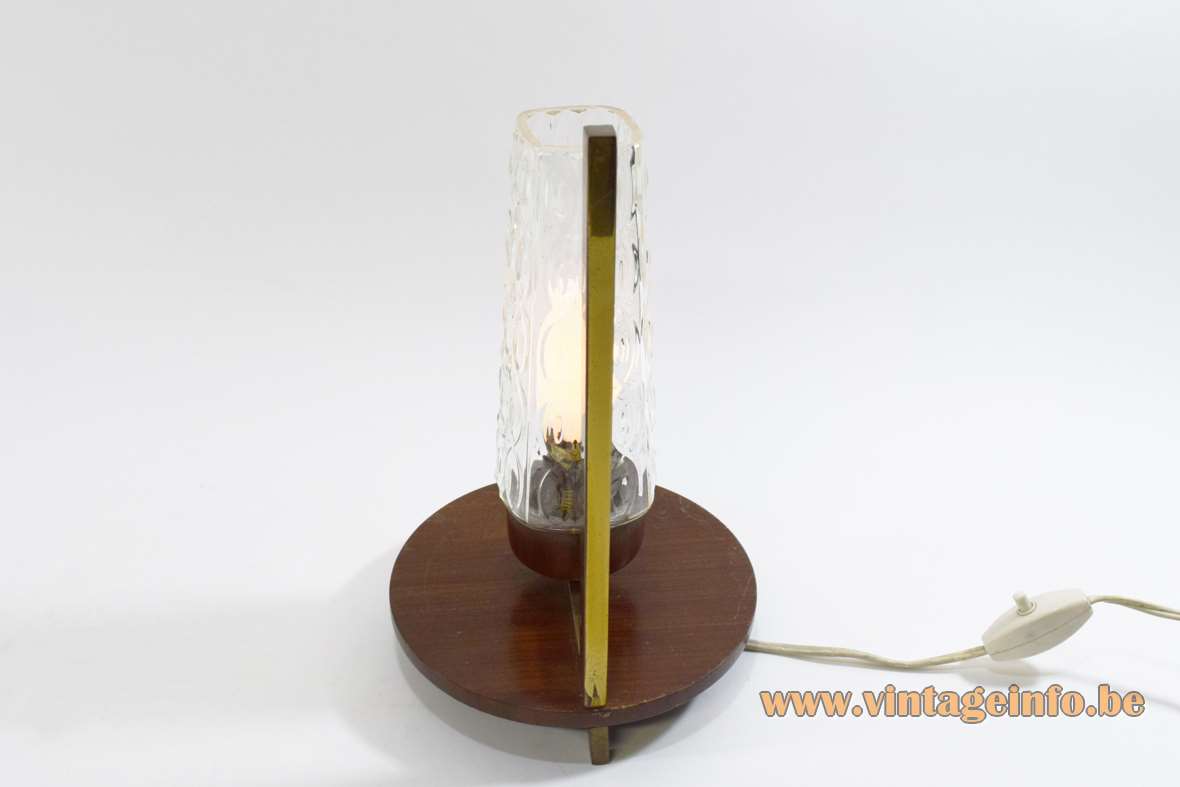 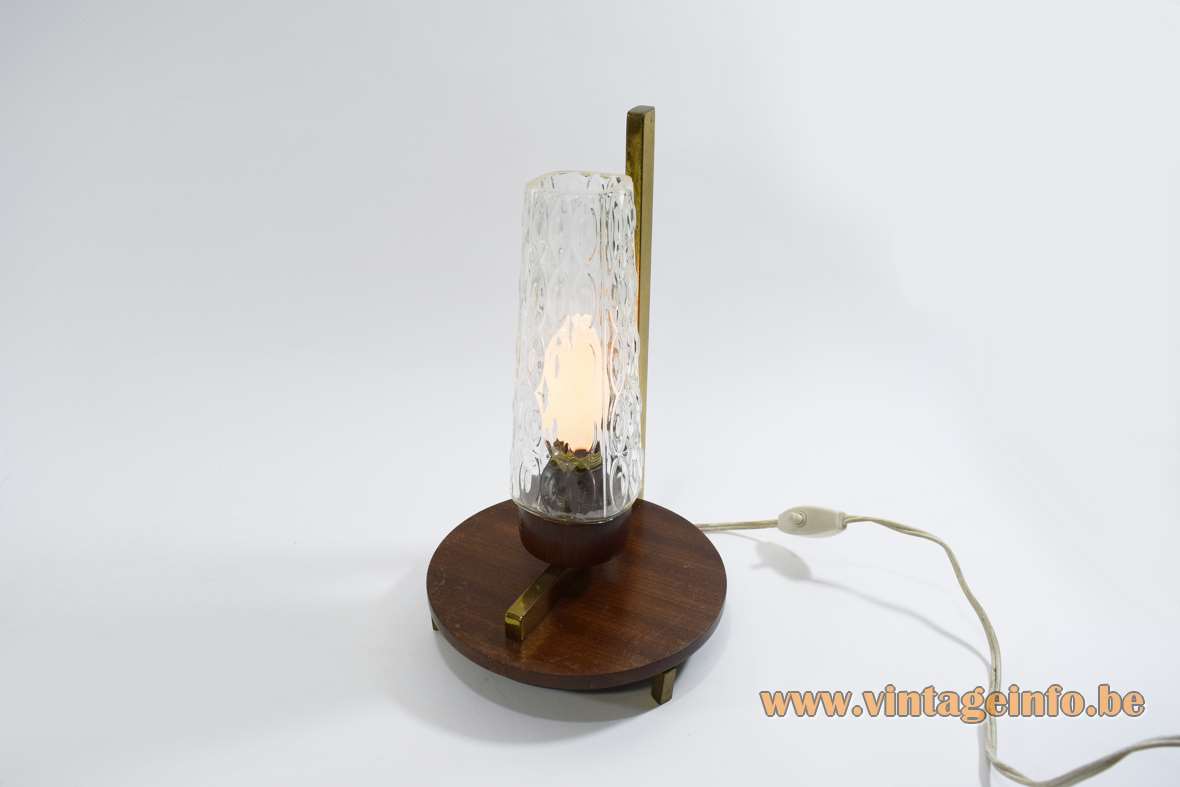 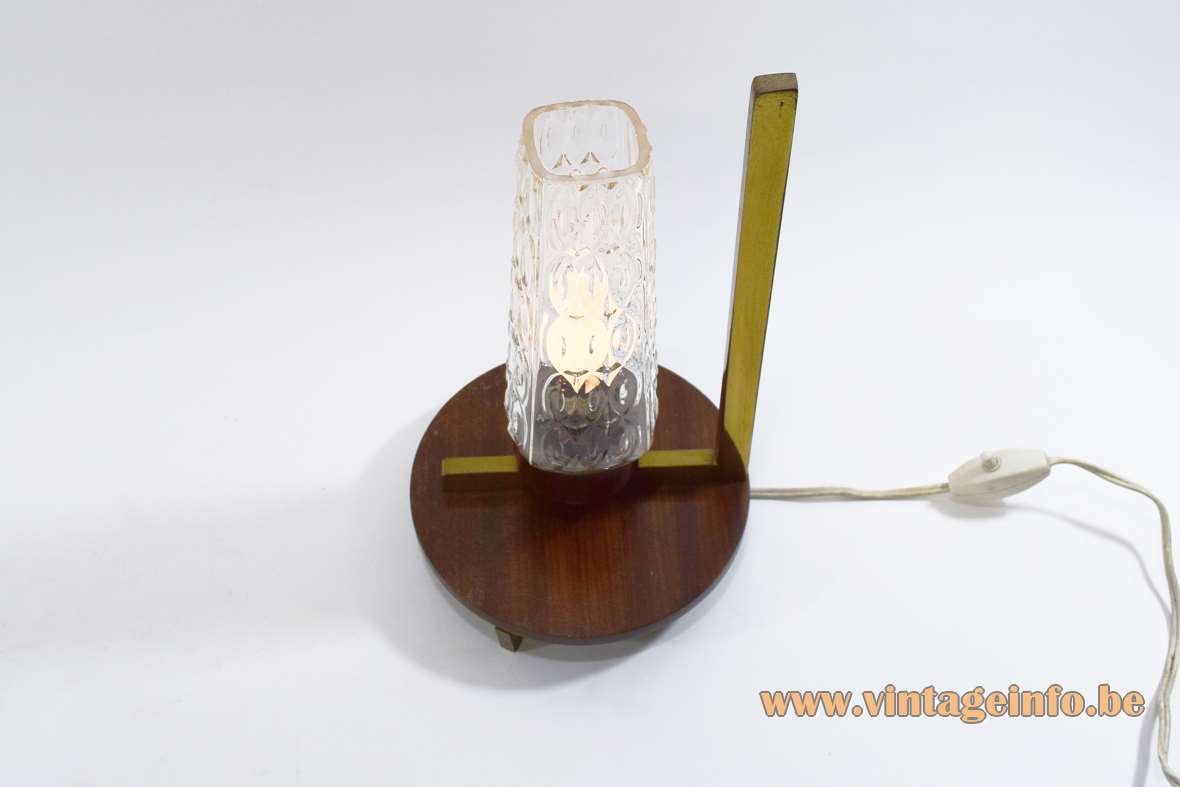 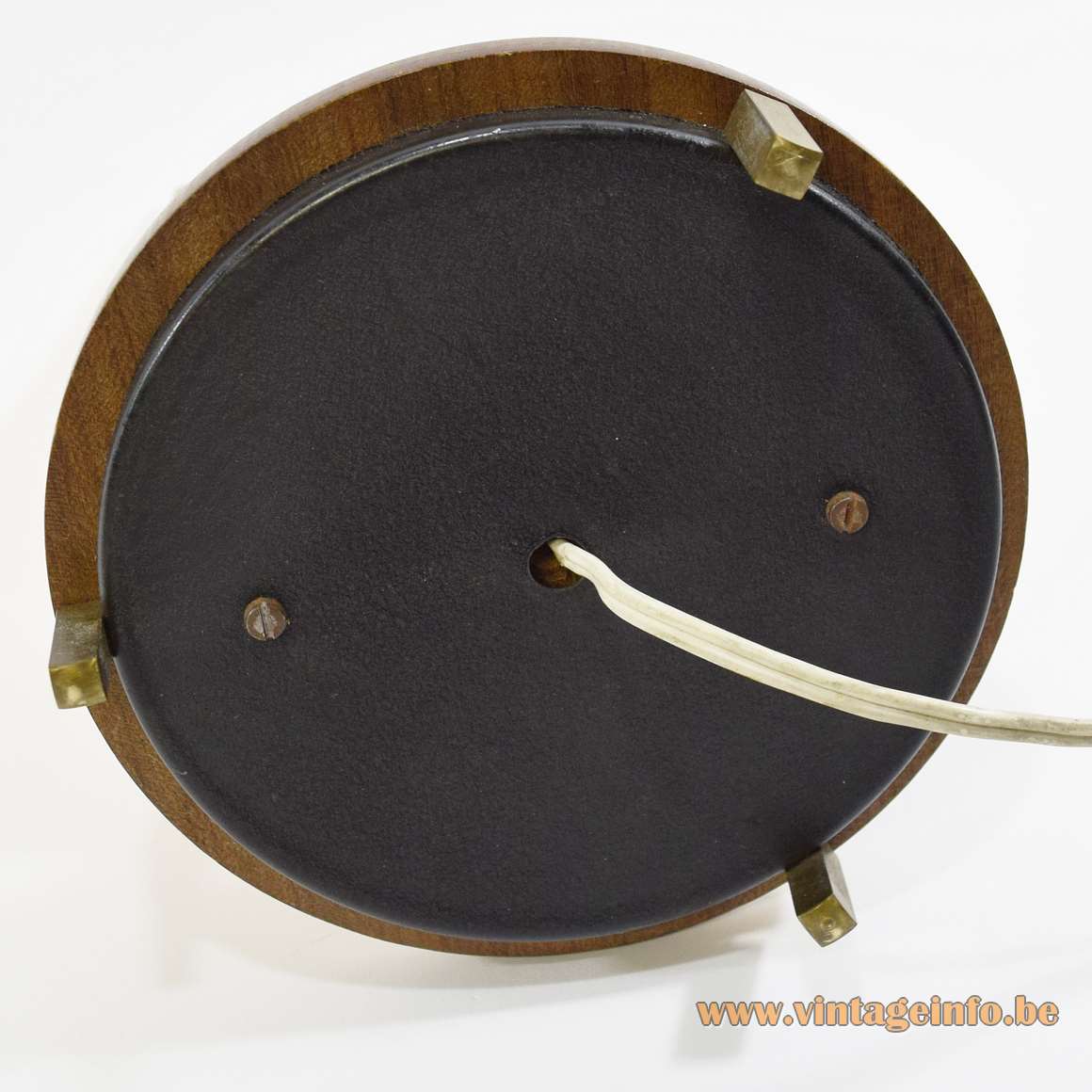 Other versions: The glass of this 1950s brass and wood bedside lamp was used for many other lamps: chandeliers, table lamps, wall lamps and so on. All made the “Danish” or “Scandinavian” way. This table lamp is made in the shape of a tripod candlestick.

All the electric parts of this lamp were made in the late 1950’s, early 1960’s by VLM Components from Buccinasco, near Milan in Italy. The company is famous for the switches designed by Achille Castiglioni in 1968.