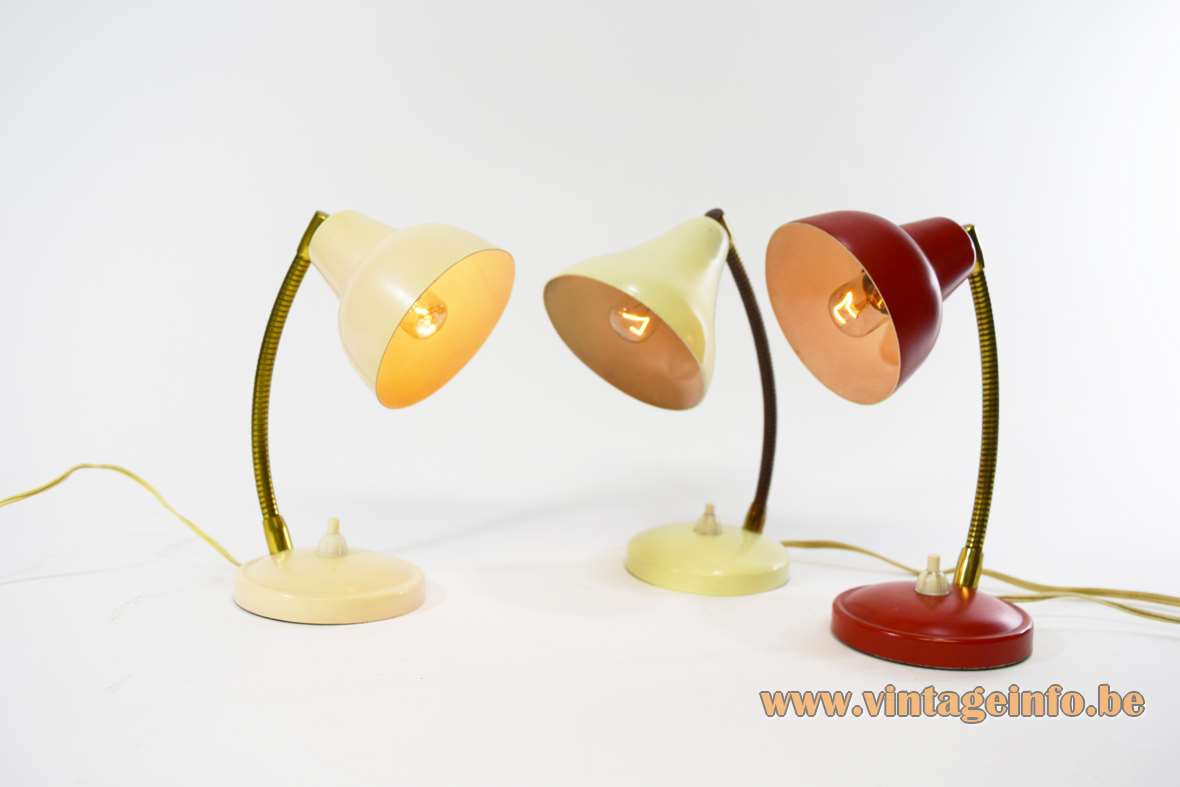 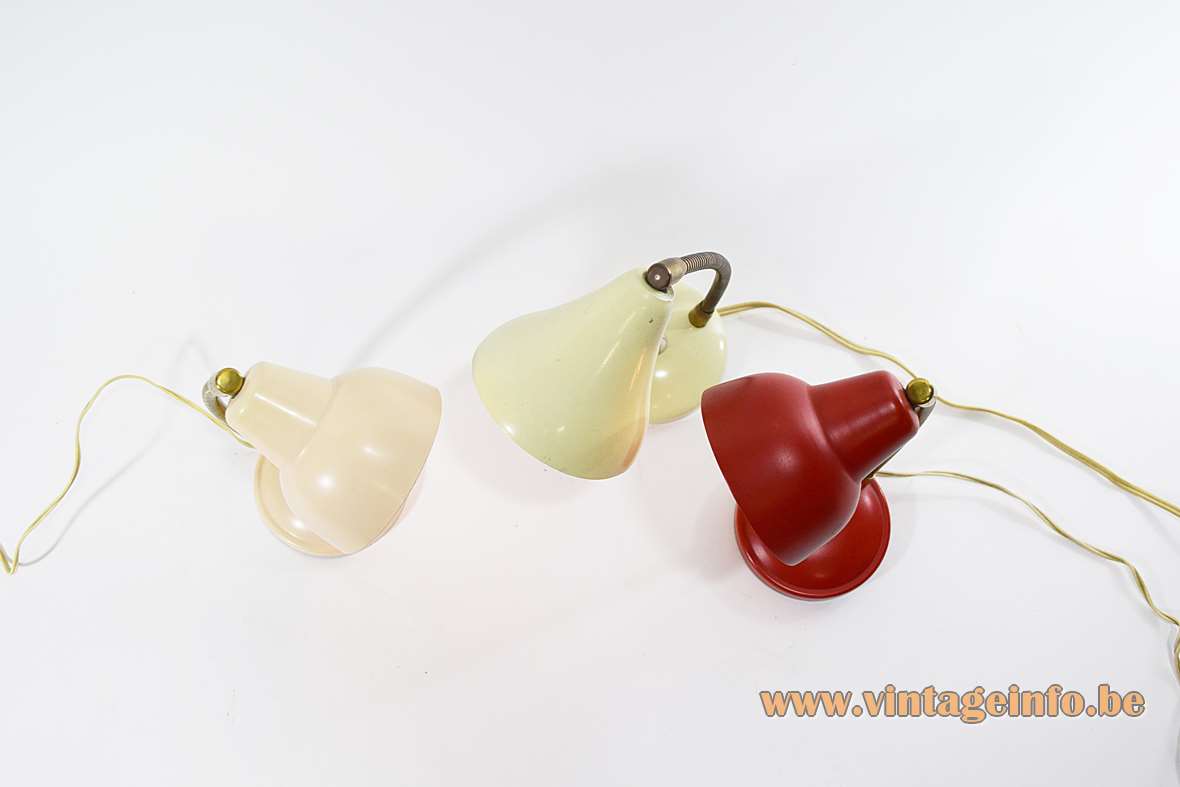 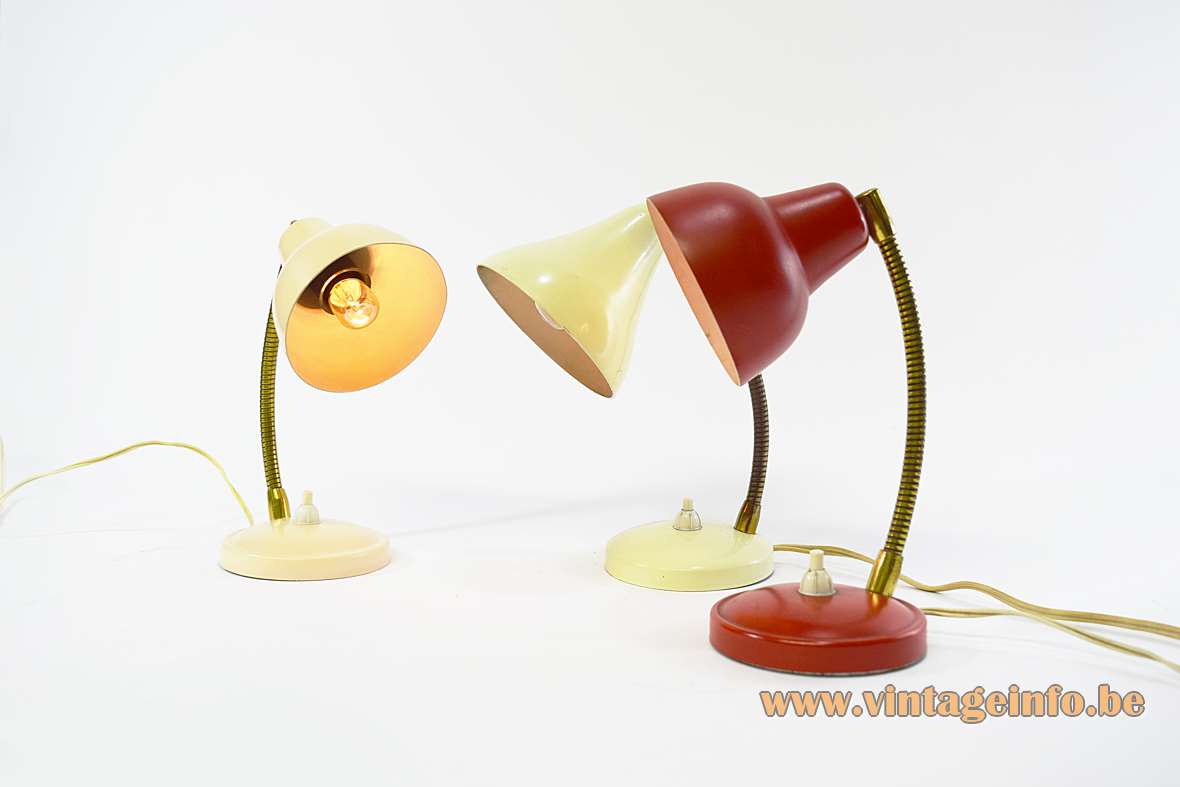 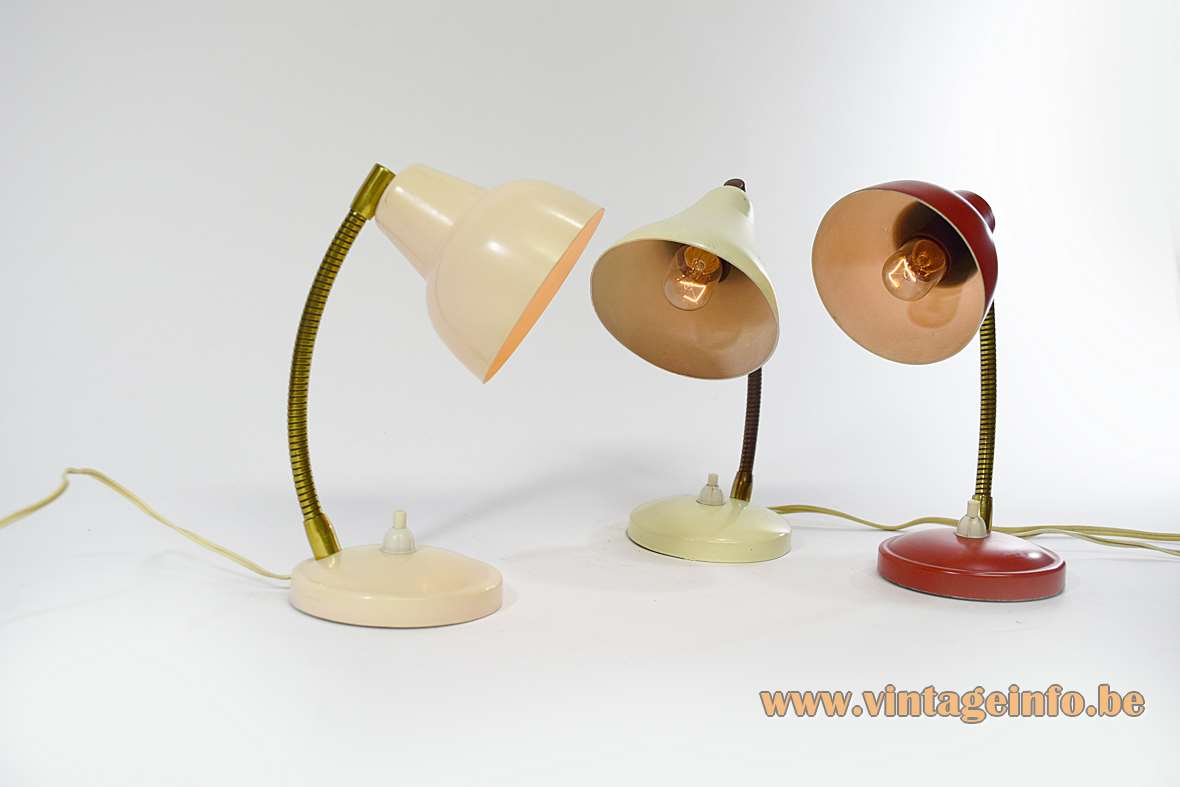 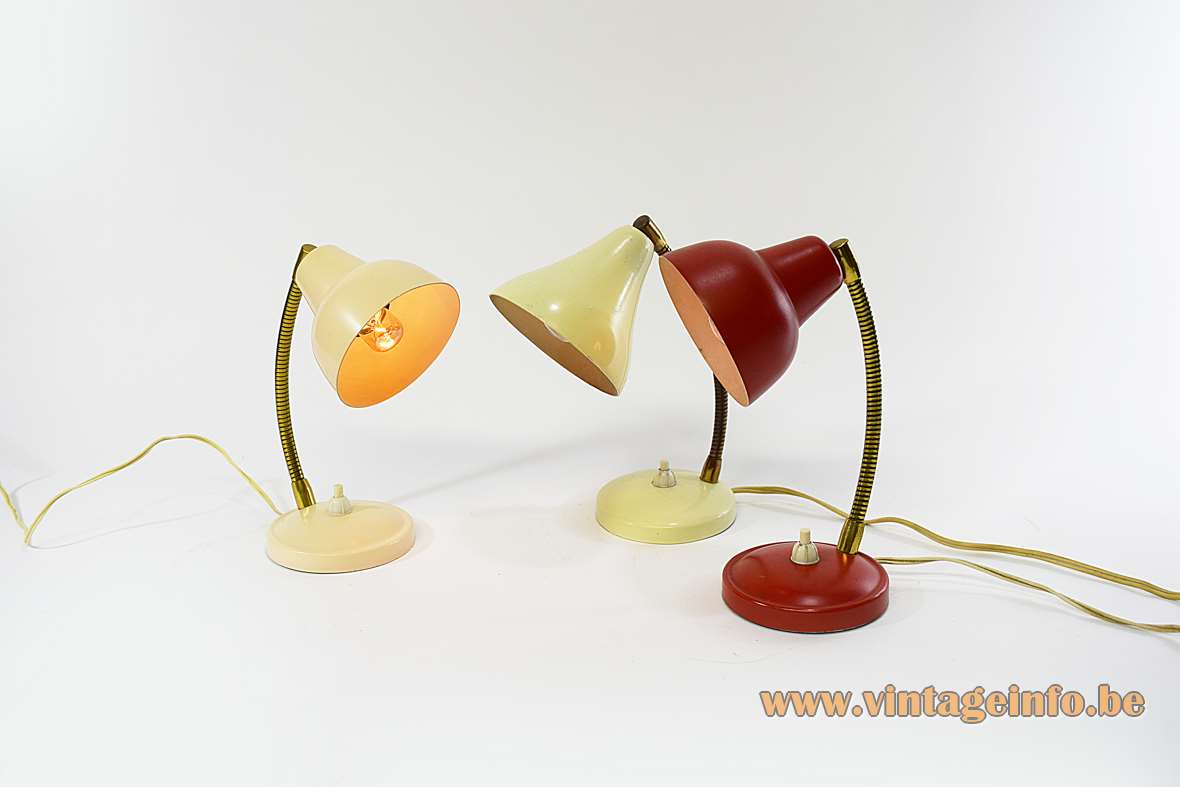 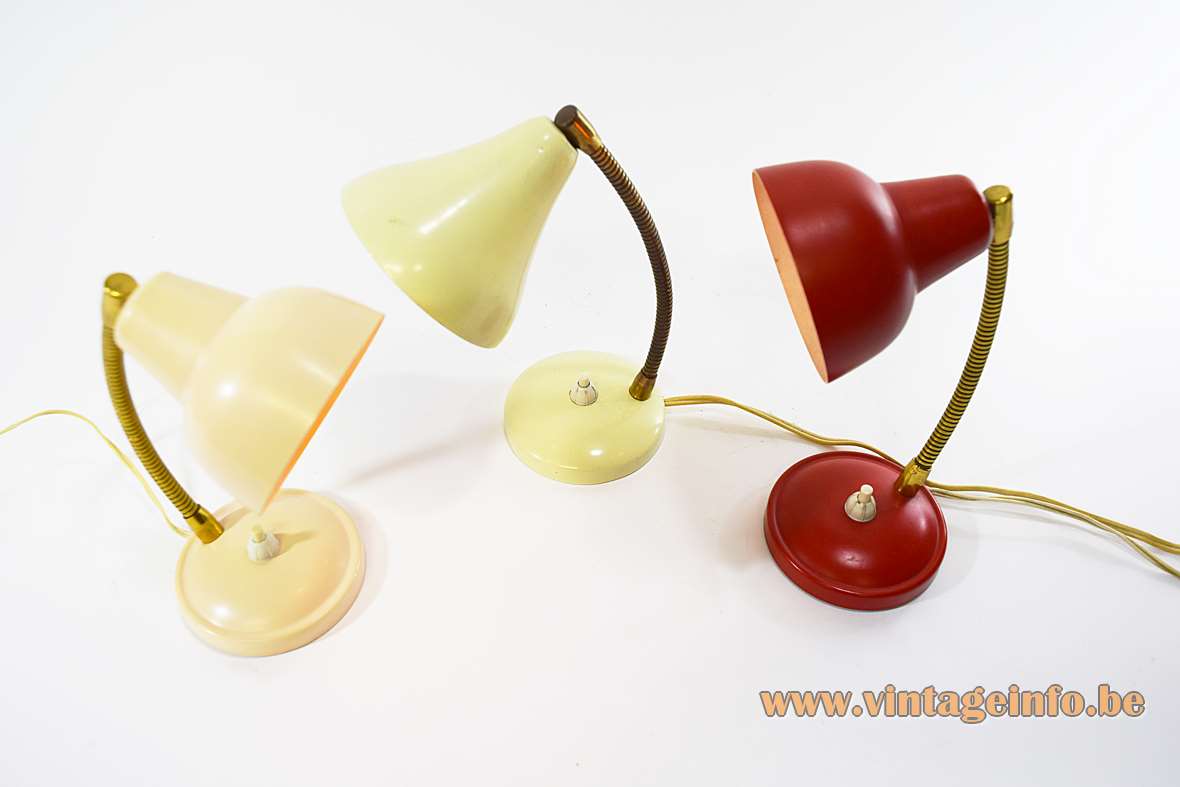 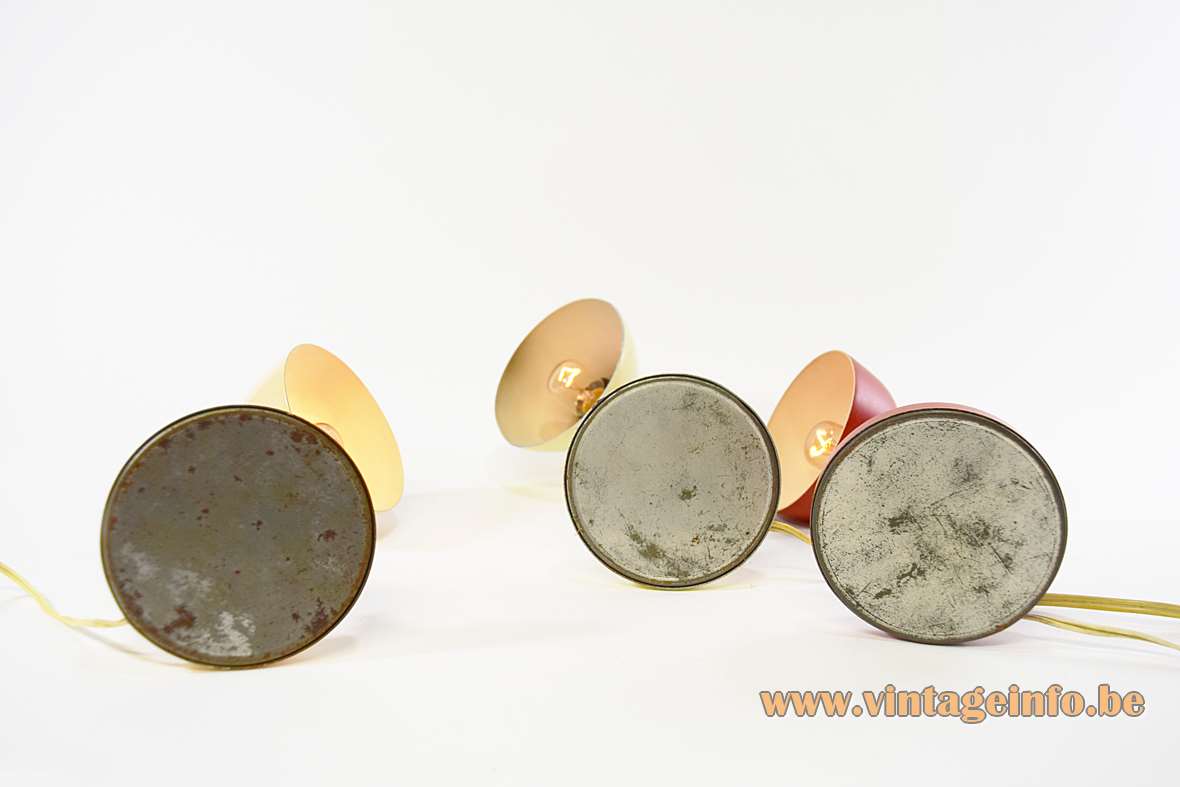 Big collection of 1950s/1960s table lamps in perfect condition, never used! These lamps came from a barracks on the Italian island of Sicily. They were the spare lamps for the recruits.

A green Aluminor bedside clamp lamp was used as a prop in the 1971 drama film Le Chat (The Cat) from 1971. Directed by Pierre Granier-Deferre and based on Georges Simenon‘s 1967 novel. Starring Jean Gabin, Simone Signoret and Annie Cordy. 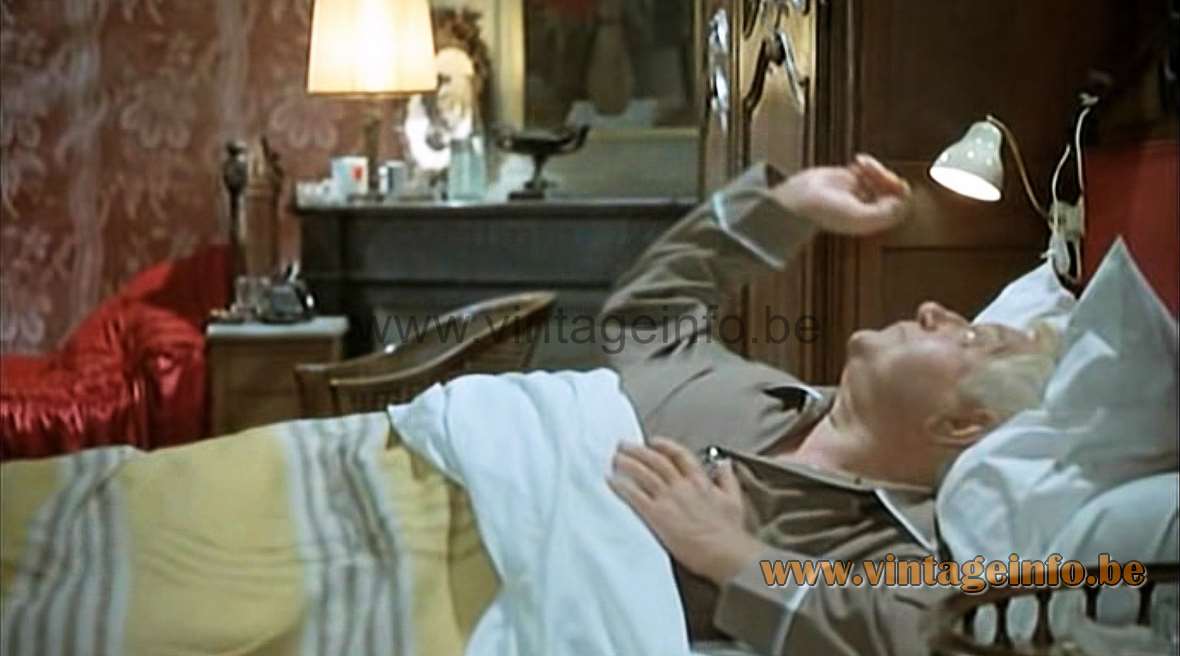 A yellow Aluminor bedside lamp was used as a prop in the film Tulipani, Love, Honour and a Bicycle (Tulipani: Liefde, Eer en een Fiets), a 2017 Dutch comedy film, written by Peter van Wijk and directed by Mike van Diem. With Ksenia Solo and Giorgio Pasotti in this scene.

Many thanks to Guiseppe for his contribution.

Any type of light bulb can be used, not a specific one preferred. However, a small one gives the best result.

Other versions: These small 1950s Aluminor bedside lamps were made with slight differences in the lampshade. They were produced in many colours. Later editions were made with a plastic lid on the bottom and they have a chromed brass gooseneck.

Similar lamps were sold in Italy by Vimar. At least they used the same gooseneck. Vimar produced its own electric parts, they are all labeled and the plug always has the name Vimar on it. The lid on the base says: Made in Italy, as you can see. More info about the Vimar company can be found here on Vintageinfo. In all possibility these lamps or at least the parts were produced by Aluminor and sold by Vimar. 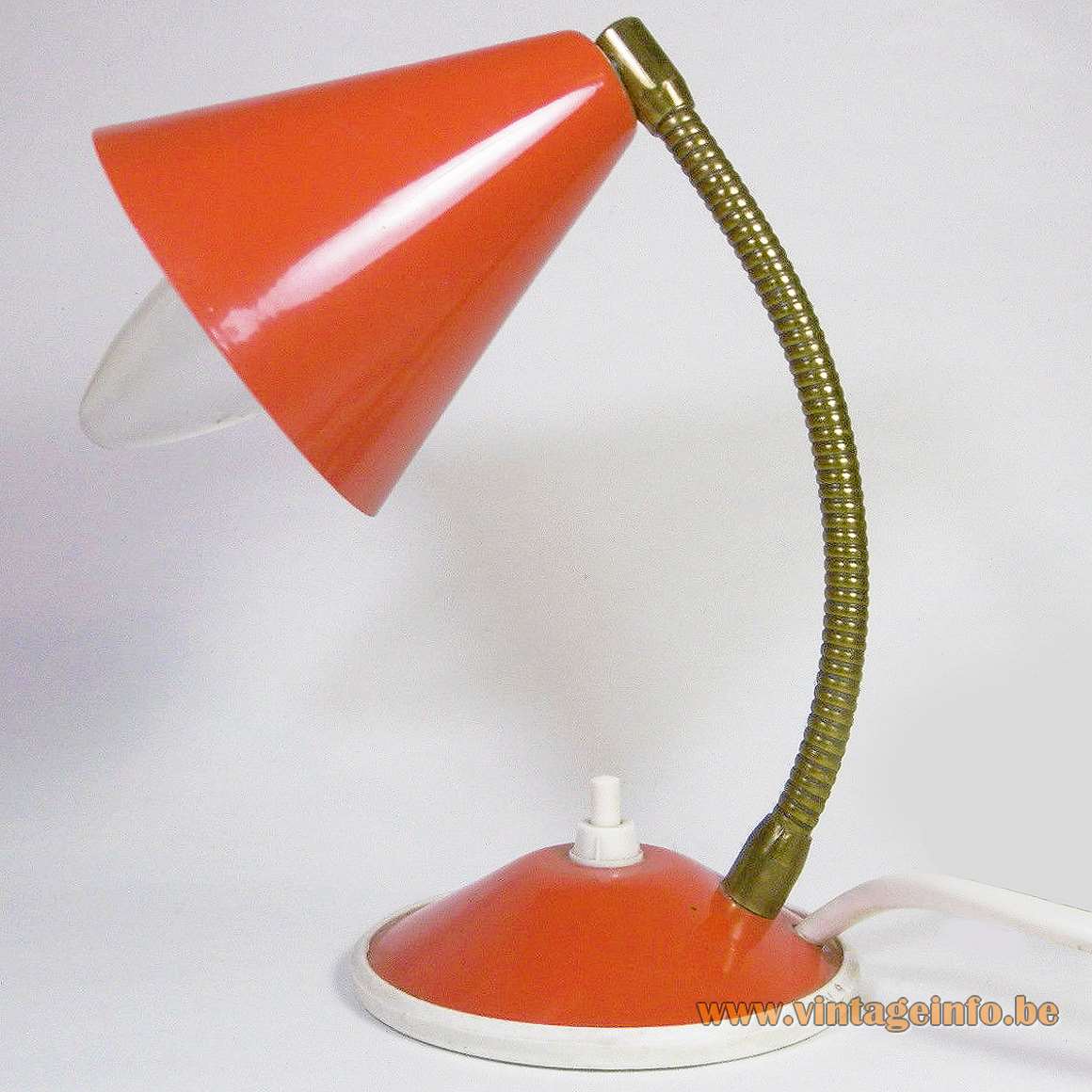 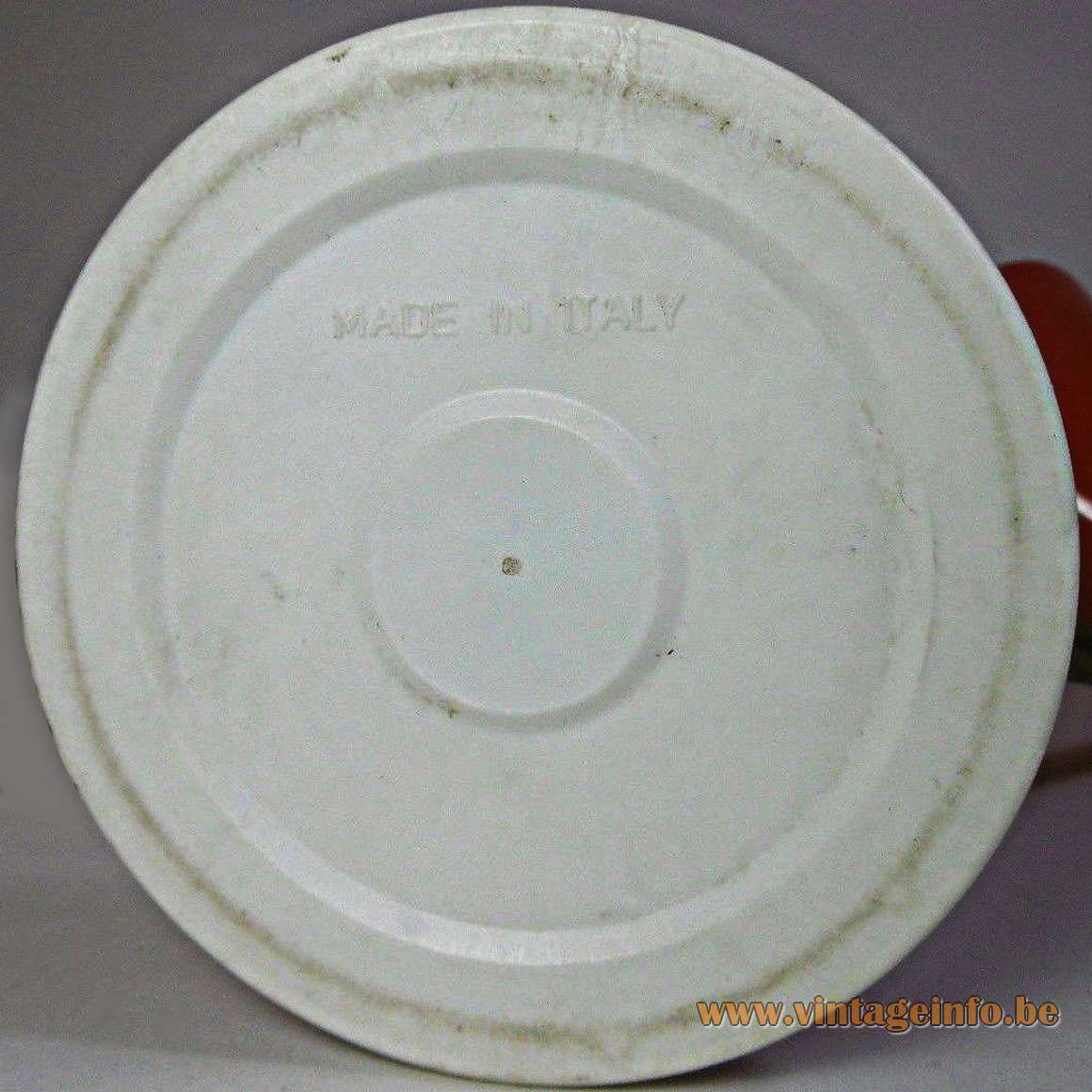 Two 1950s Aluminor bedside lamps, a green and red, were used as a prop in the French-Italian comedy film Les Grandes Vacances (The summer break) from 1967. The movie was directed and written by Jean Girault, and it features Louis de Funès. English title of the film: The Exchange Student.