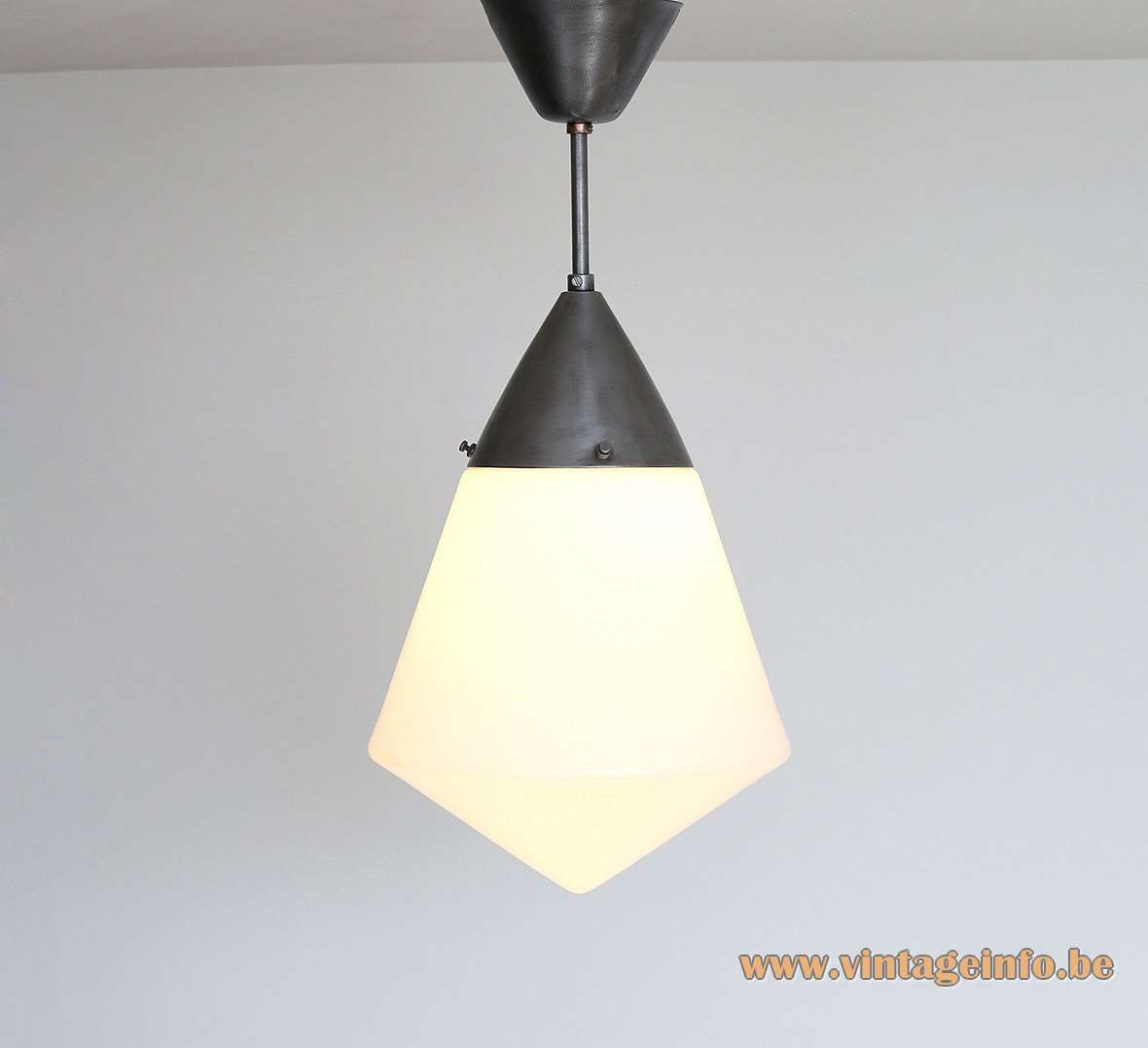 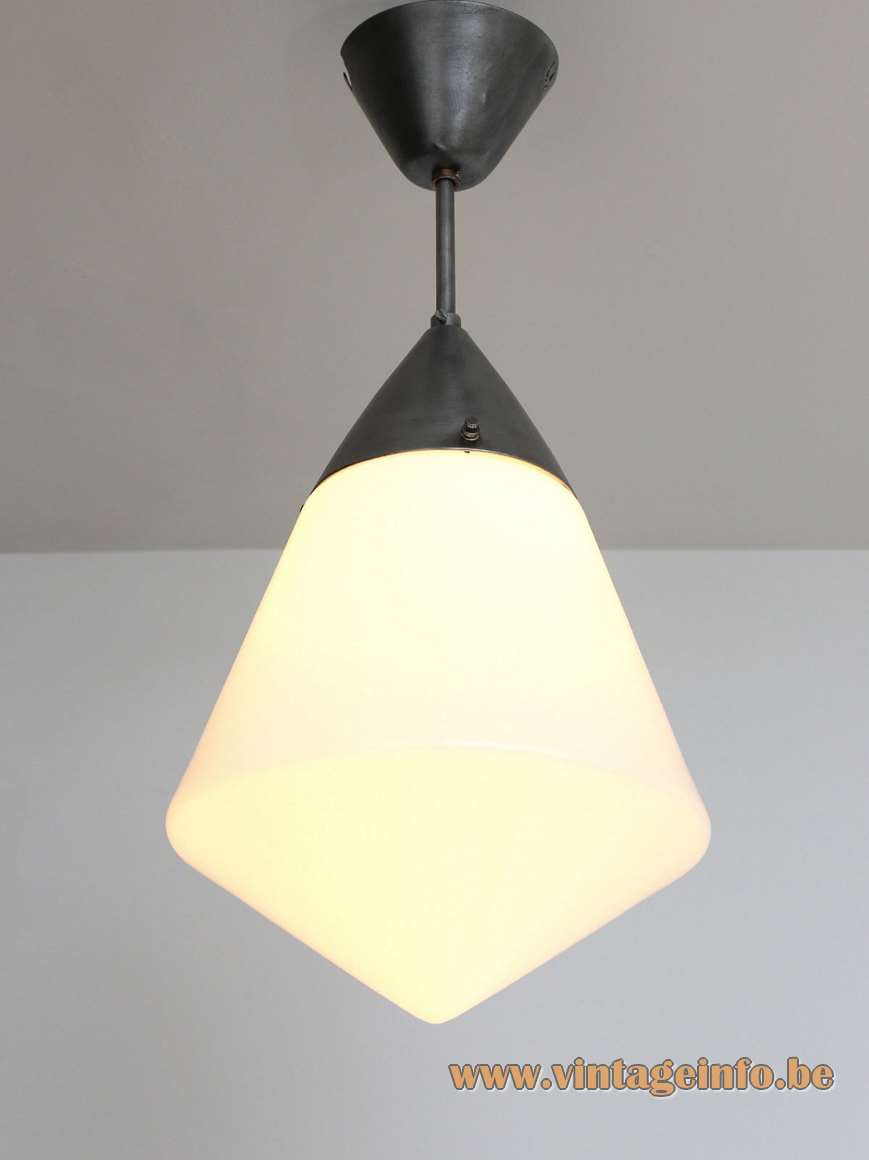 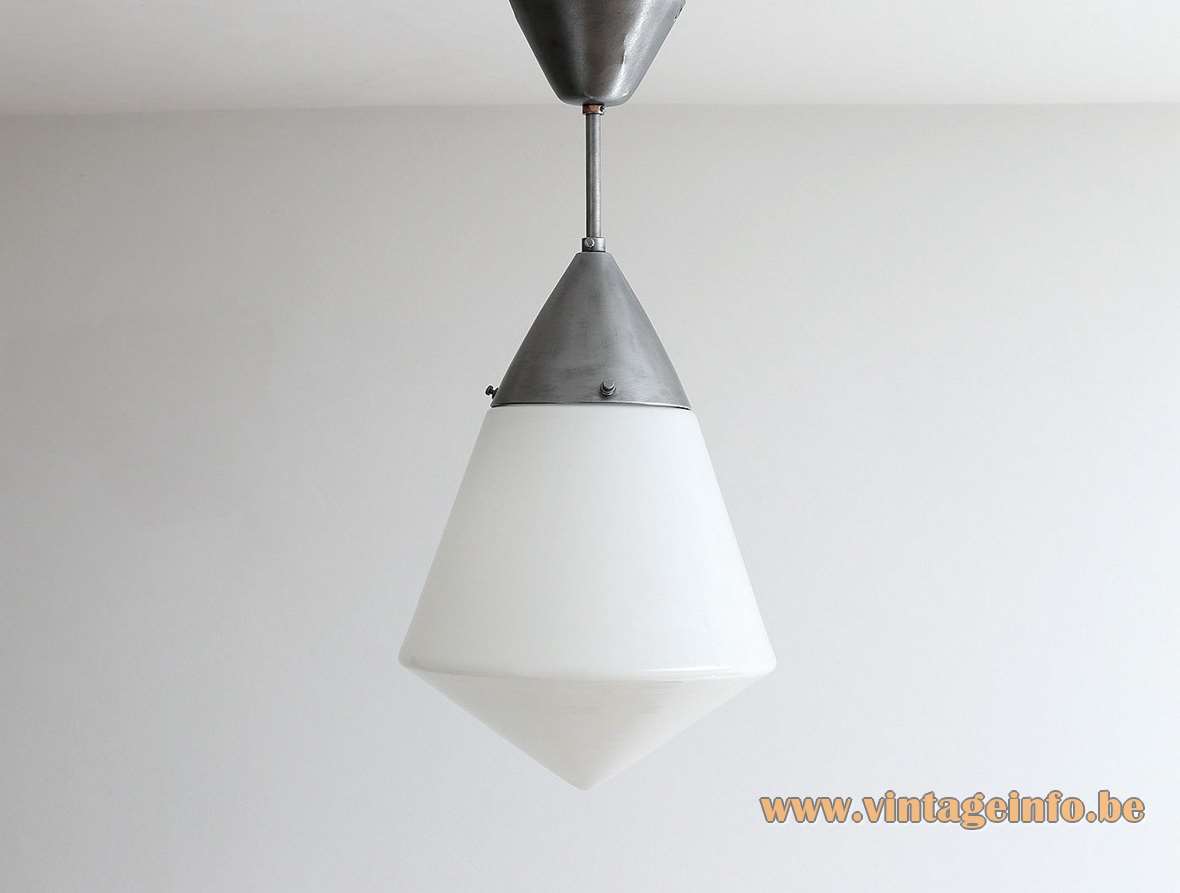 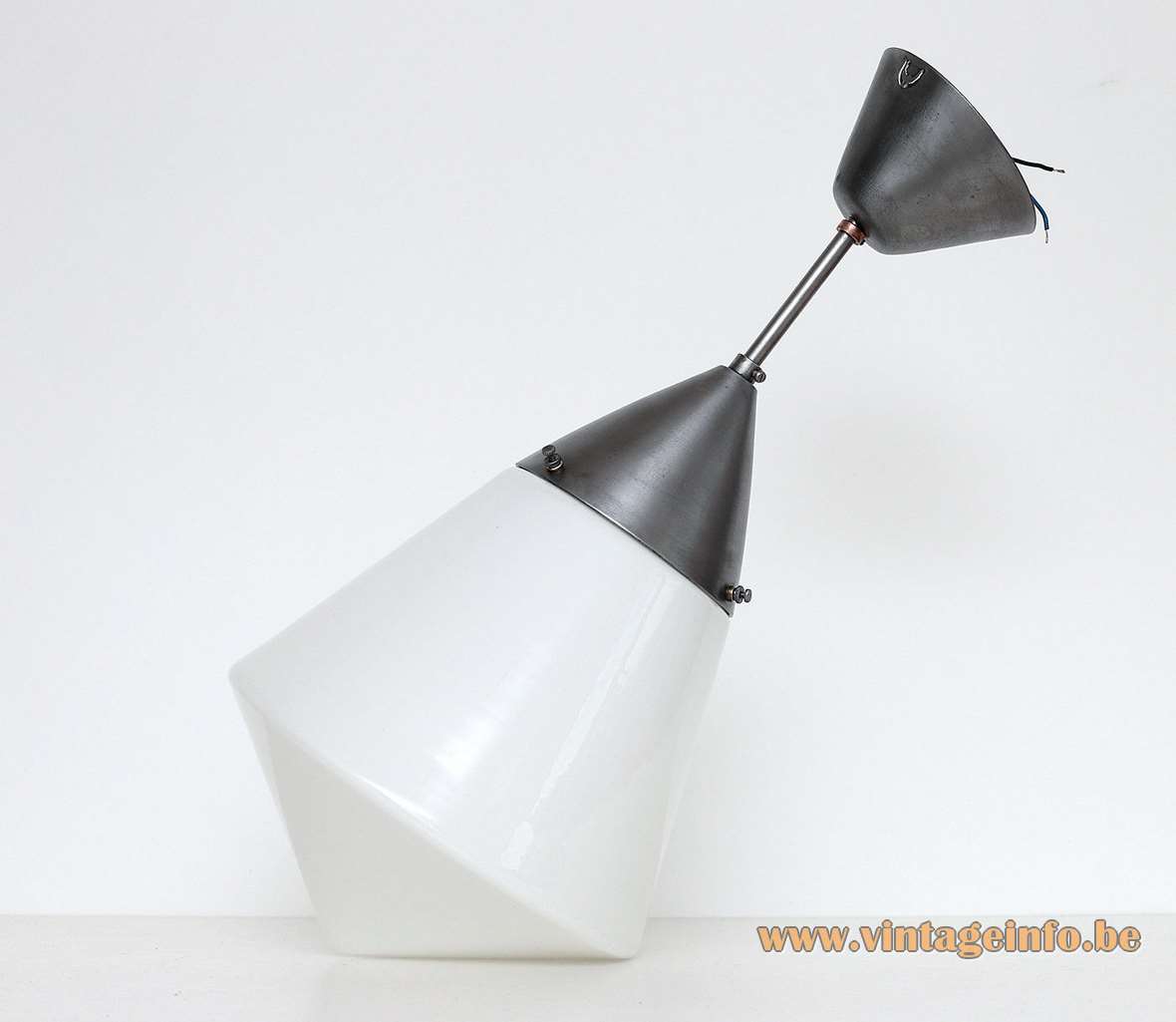 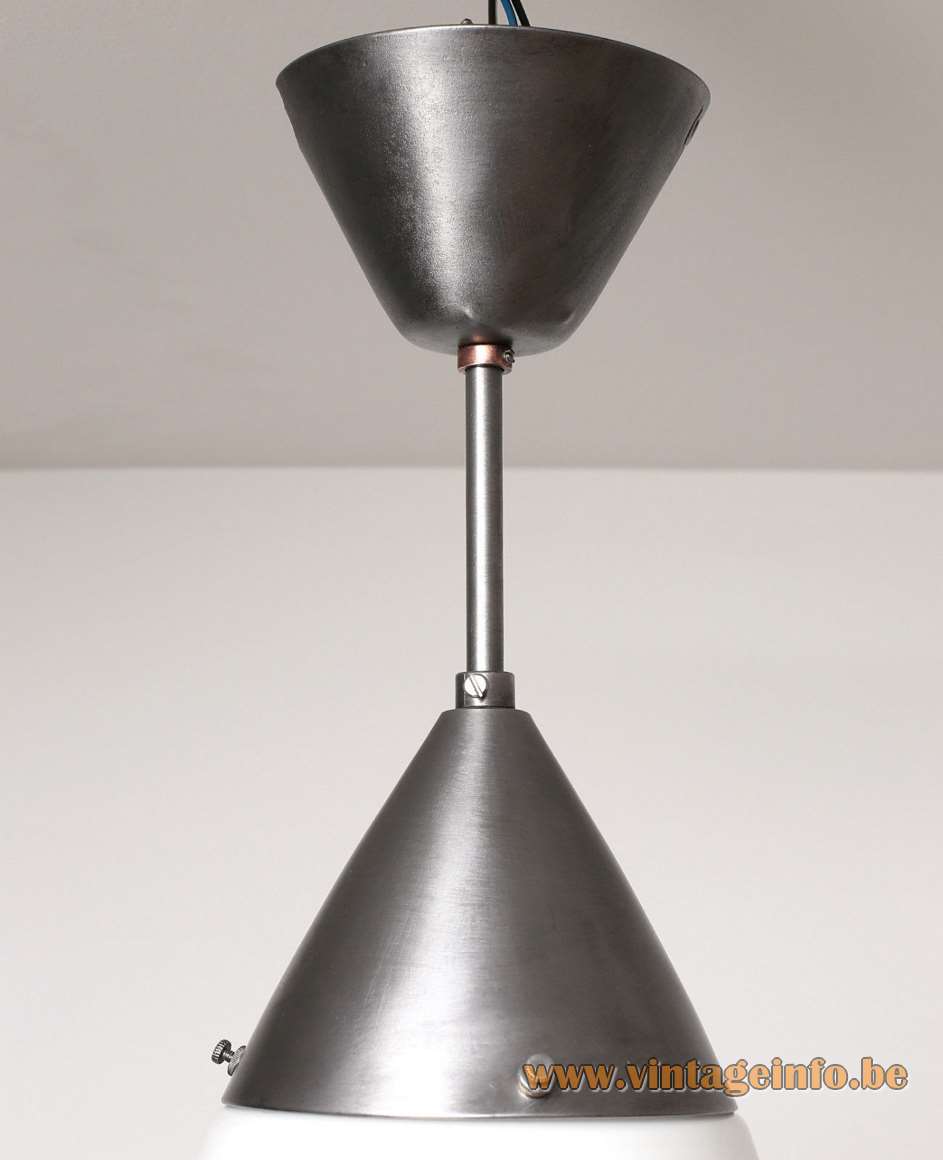 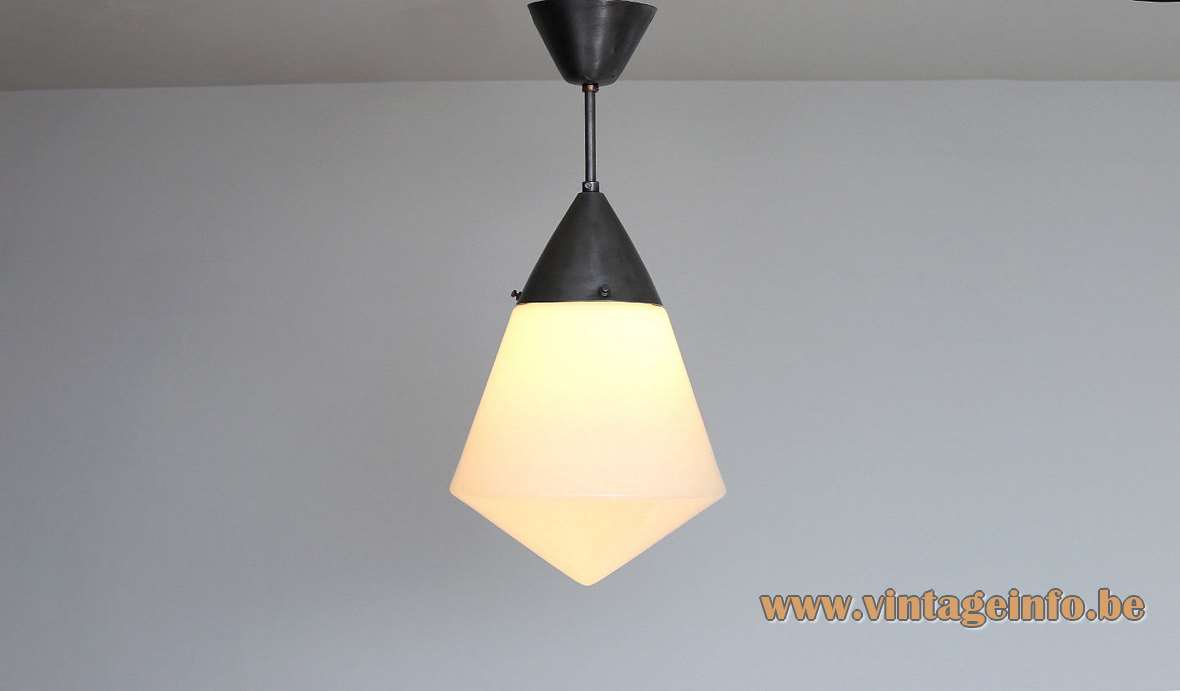 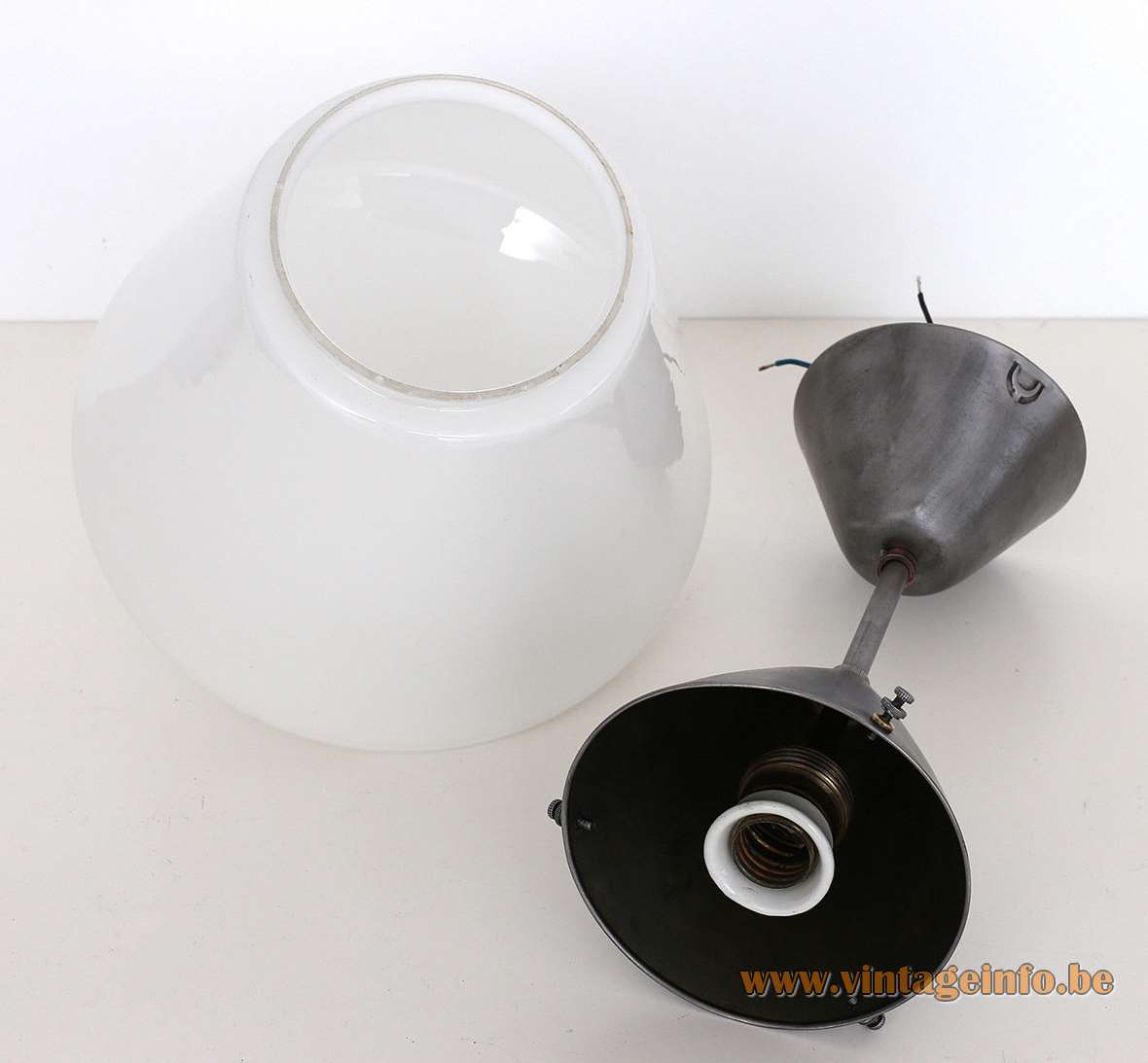 Many thanks to Wojtek of Modernretro2012 for the beautiful pictures and enthusiasm. You can find his shop online on Ebay over here.

Peter Behrens designed several lamps such as this one, also for the AEG company. In all probability he also designed this pendant lamp.

Peter Behrens was a German architect and designer born on 14 April 1868. He studied painting in Hamburg, Düsseldorf and Karlsruhe.  At first, he worked as an illustrator, painter and bookbinder.  He was one of the leaders of architectural reform and was a major designer of factories and office buildings.

In 1907, AEG retained Behrens as artistic consultant. He designed the entire corporate identity such as the logo, product design, publicity, lighting, etc. He is considered the first industrial designer in history. Behrens was never an employee for the company, only artistic consultant.

From 1907 to 1912, he had students and assistants, and among them were Le Corbusier, Walter Gropius, Jean Kramer, Adolf Meyer and Ludwig Mies van der Rohe.

He also designed the Luzette, Neophan, and several other lamps for Siemens. Peter Behrens died in Berlin on 27 February 1940.

Siemens-Schuckert build a number of heavy bombers early in World War I. In 1936 the airplane part of company reorganized and became Bramo, the Brandenburgische Motorenwerke and were purchased in 1939 by BMW (Bayerische Motoren Werke) to become BMW Flugmotorenbau. 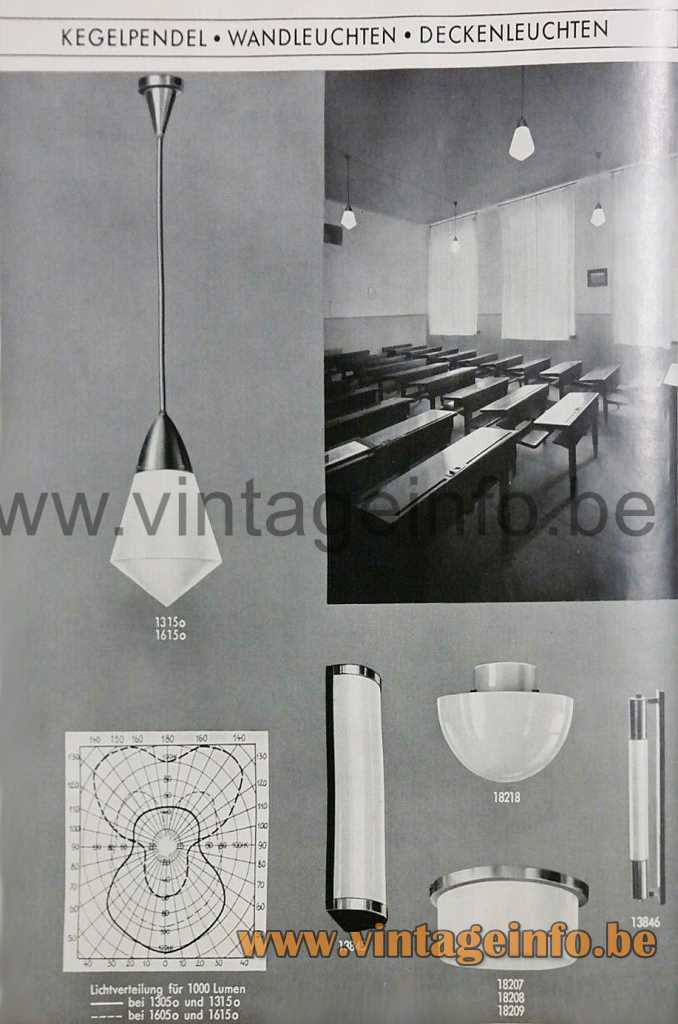