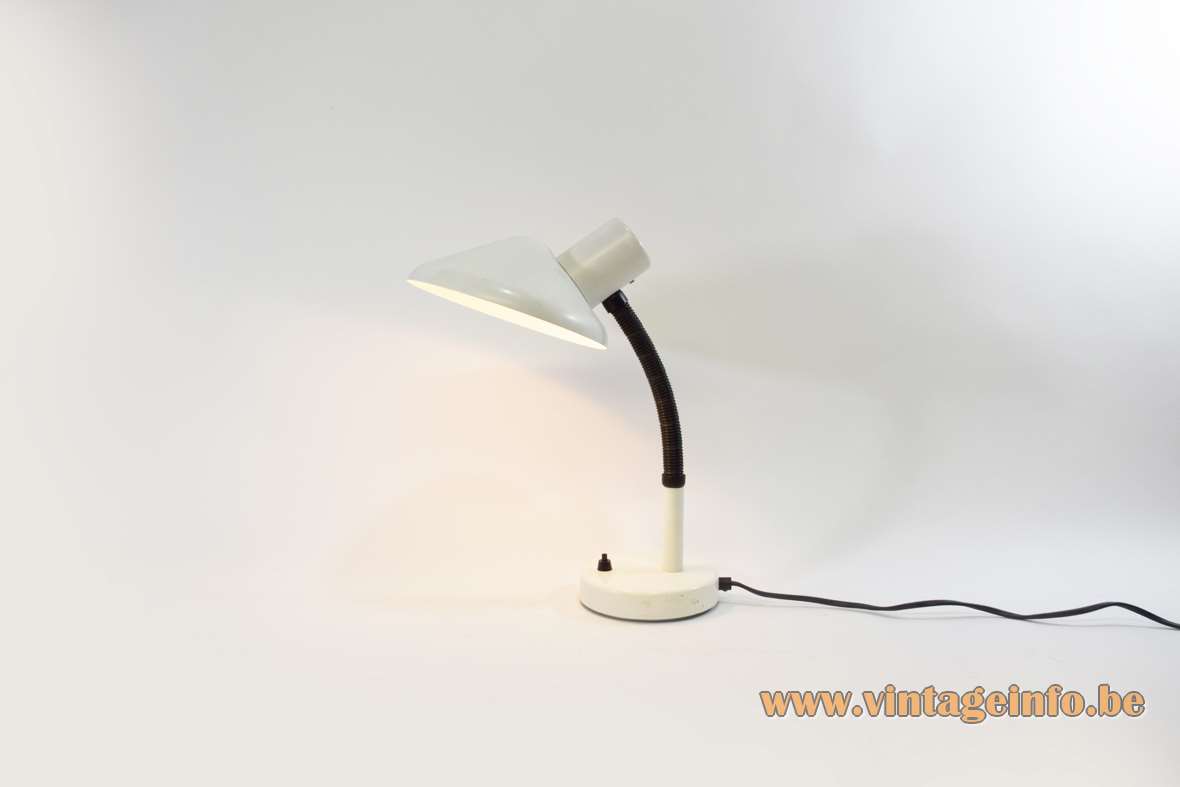 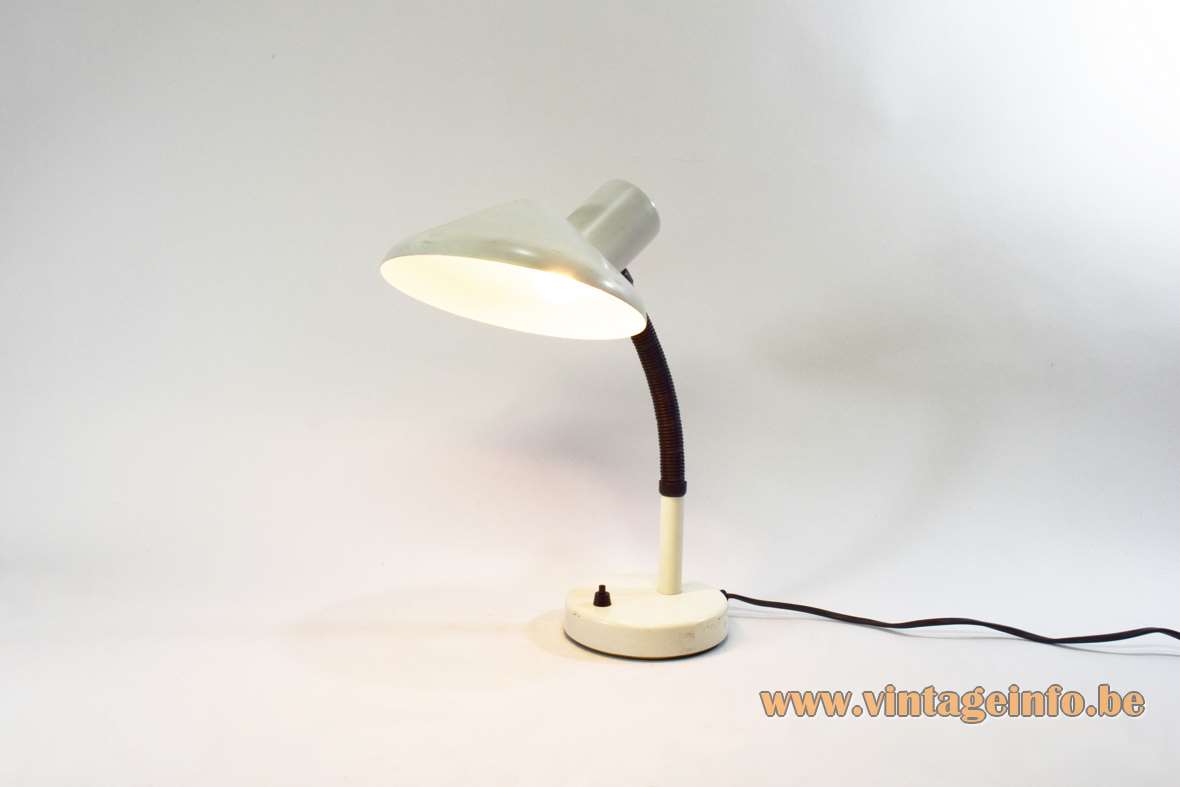 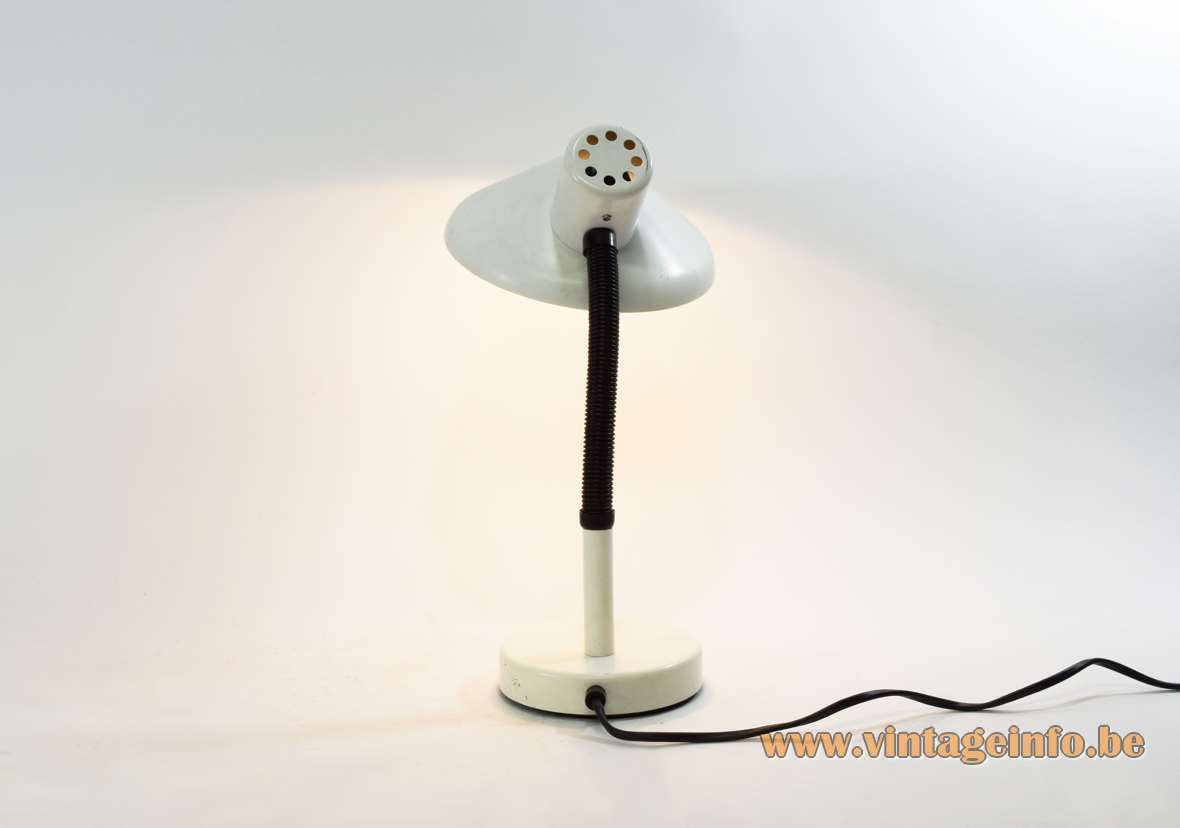 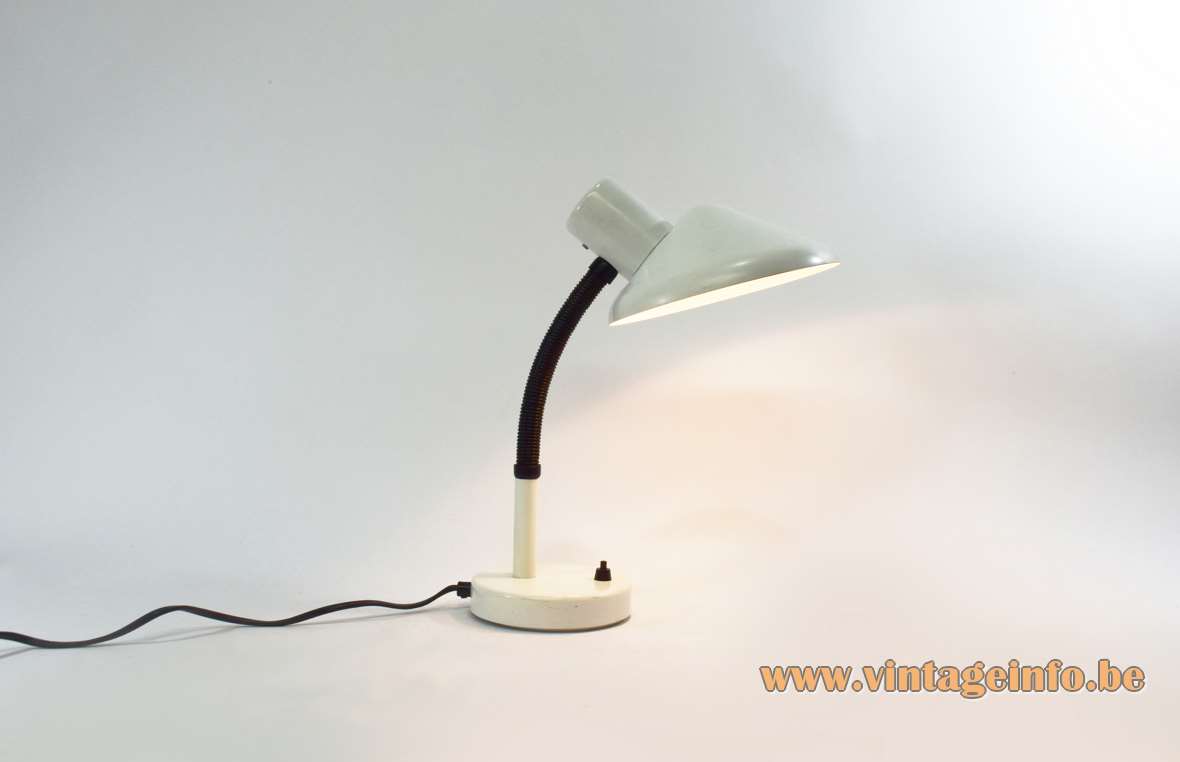 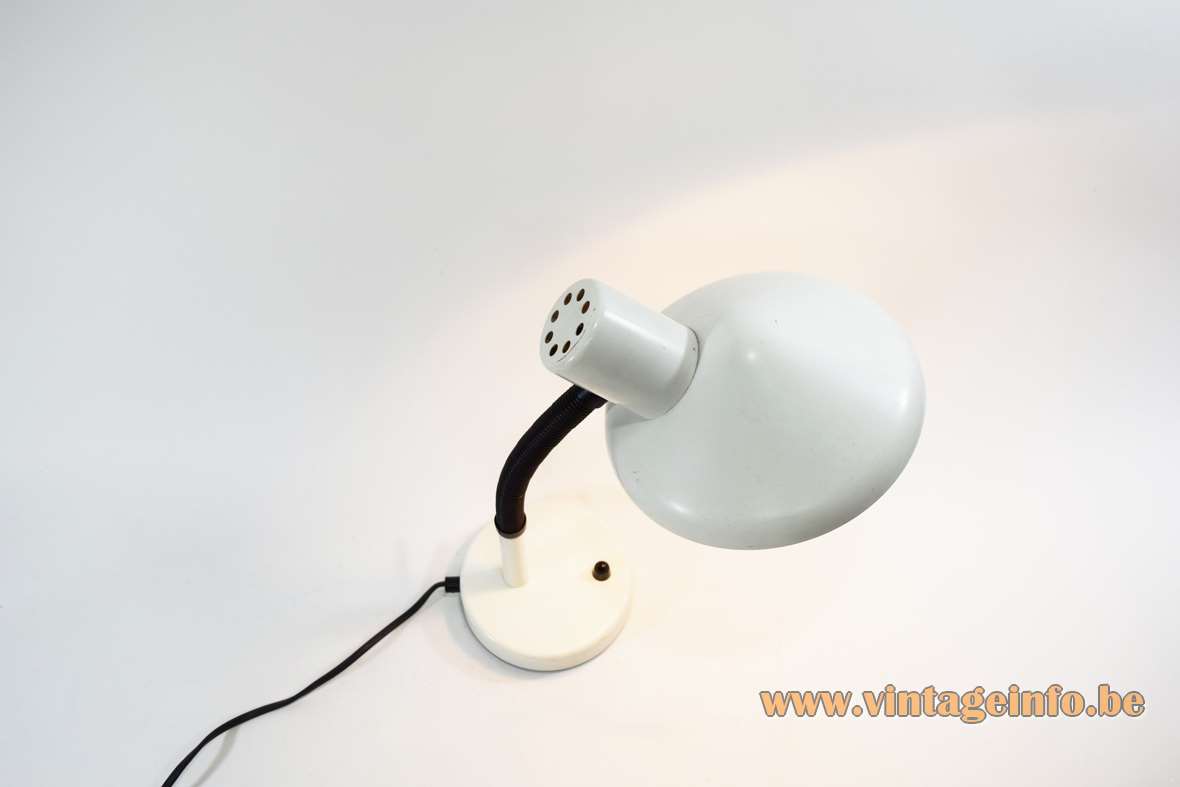 Other versions: This white 1970s desk lamp exists at least in red. In all probability it was also made in other colours. The red version of this lamp can be found here on Vintageinfo.

This lamp is in a better quality made than we’re used to from the Massive company. So in all probability this lamp was produced for the Belgian lamp company and not by Massive. Massive tried to be as cheap as possible. Workforce and materials were inexpensive at that time in East Germany. This desk lamp was also sold by the French company Aluminor. Sometimes you find them in France with an Aluminor label.

KRANIA Kabel-Stecker GmbH was founded in the 1970’s in the town Kranichfeld. Kranichfeld is a town in the Weimarer Land district, in Thuringia, Germany.

Red version of this lamp