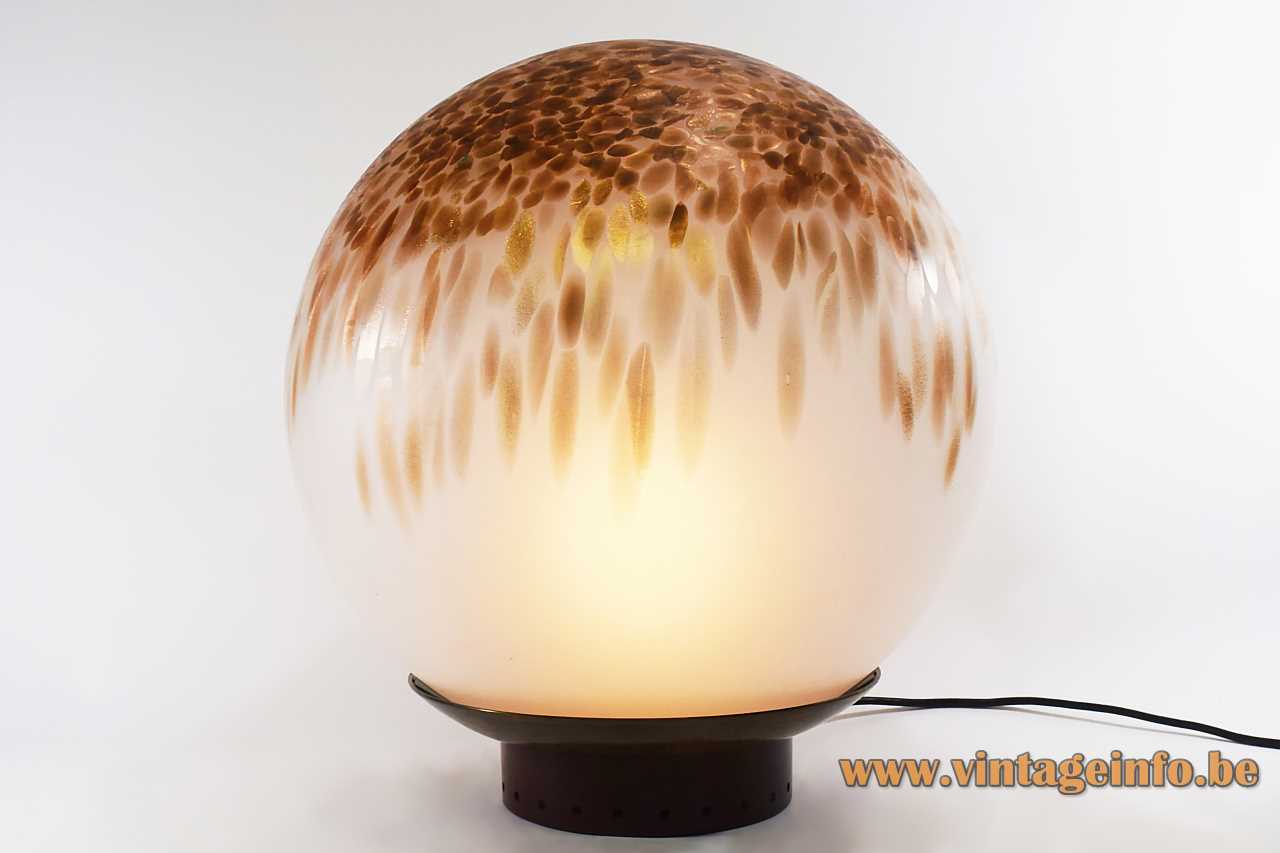 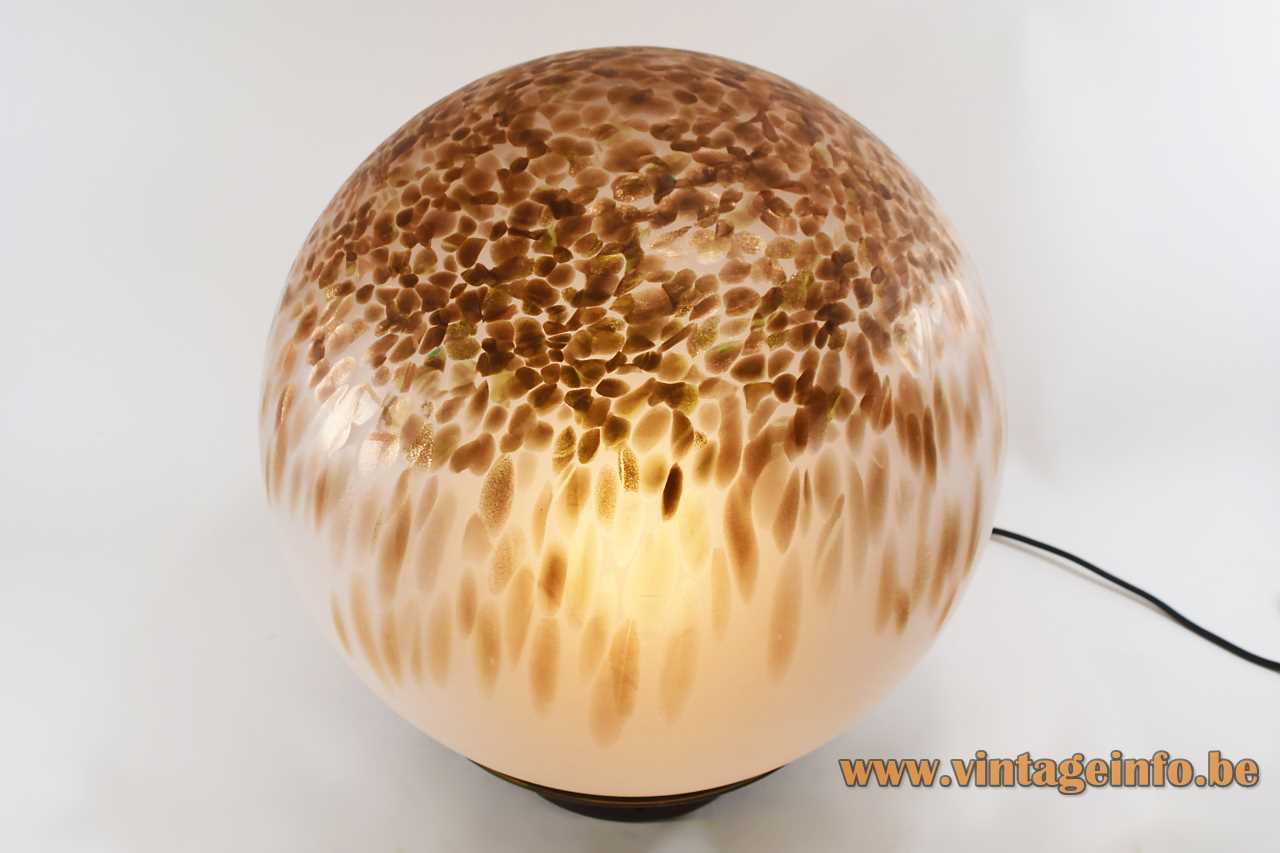 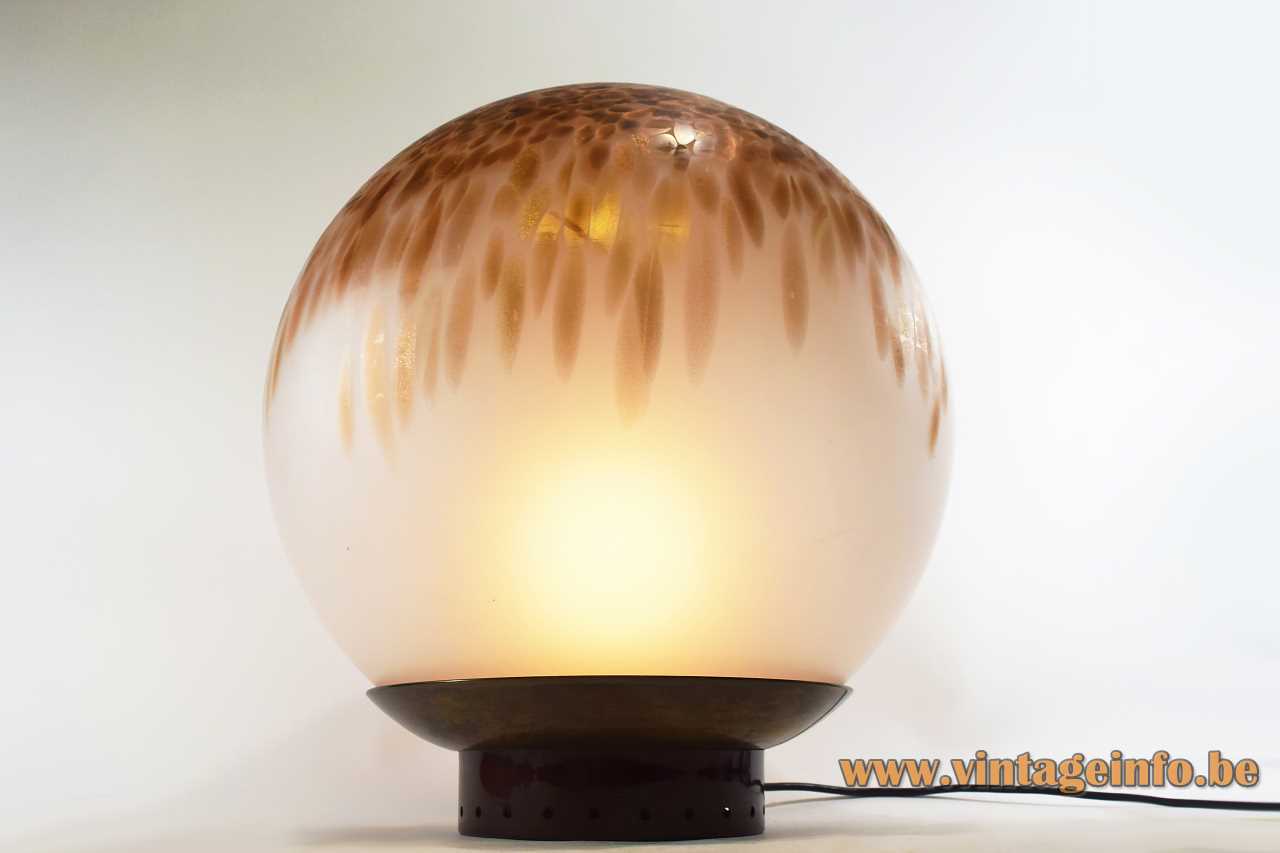 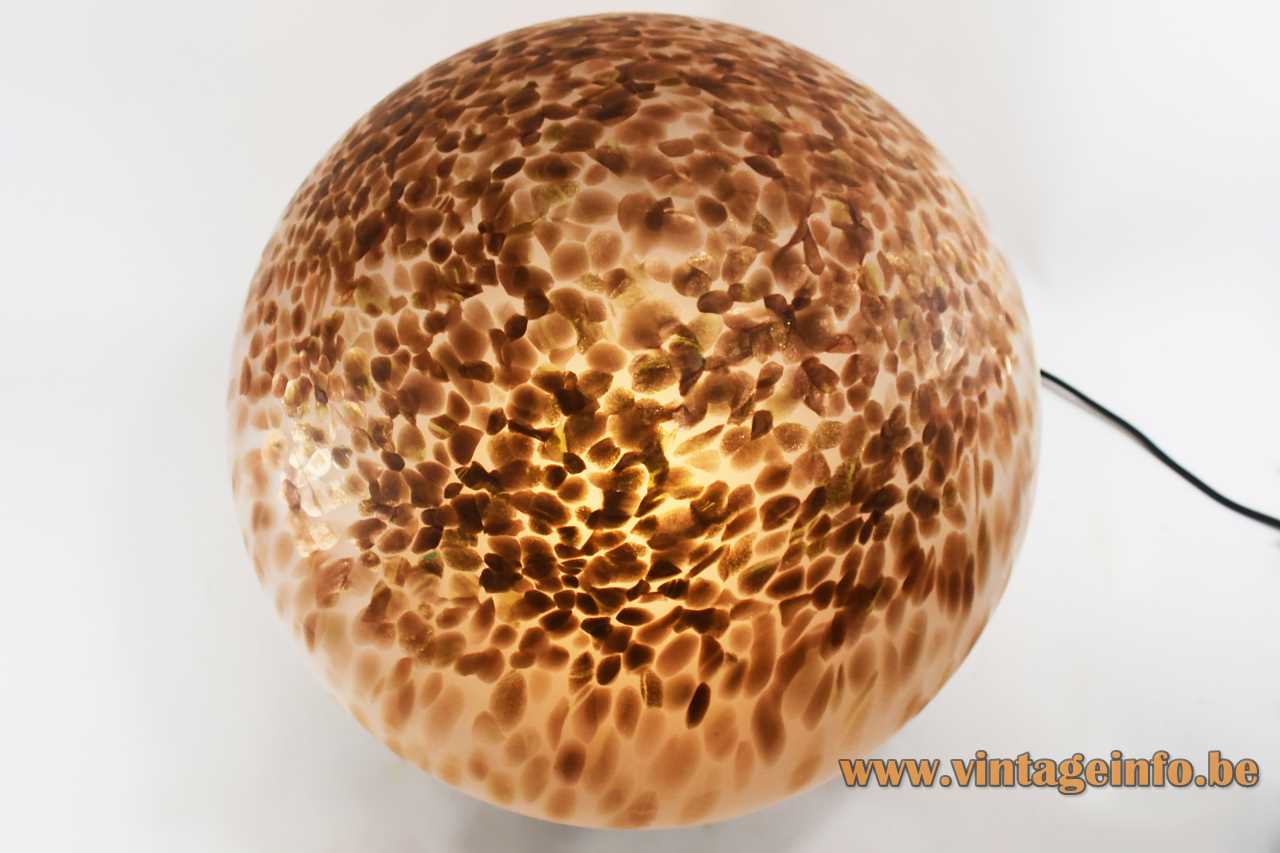 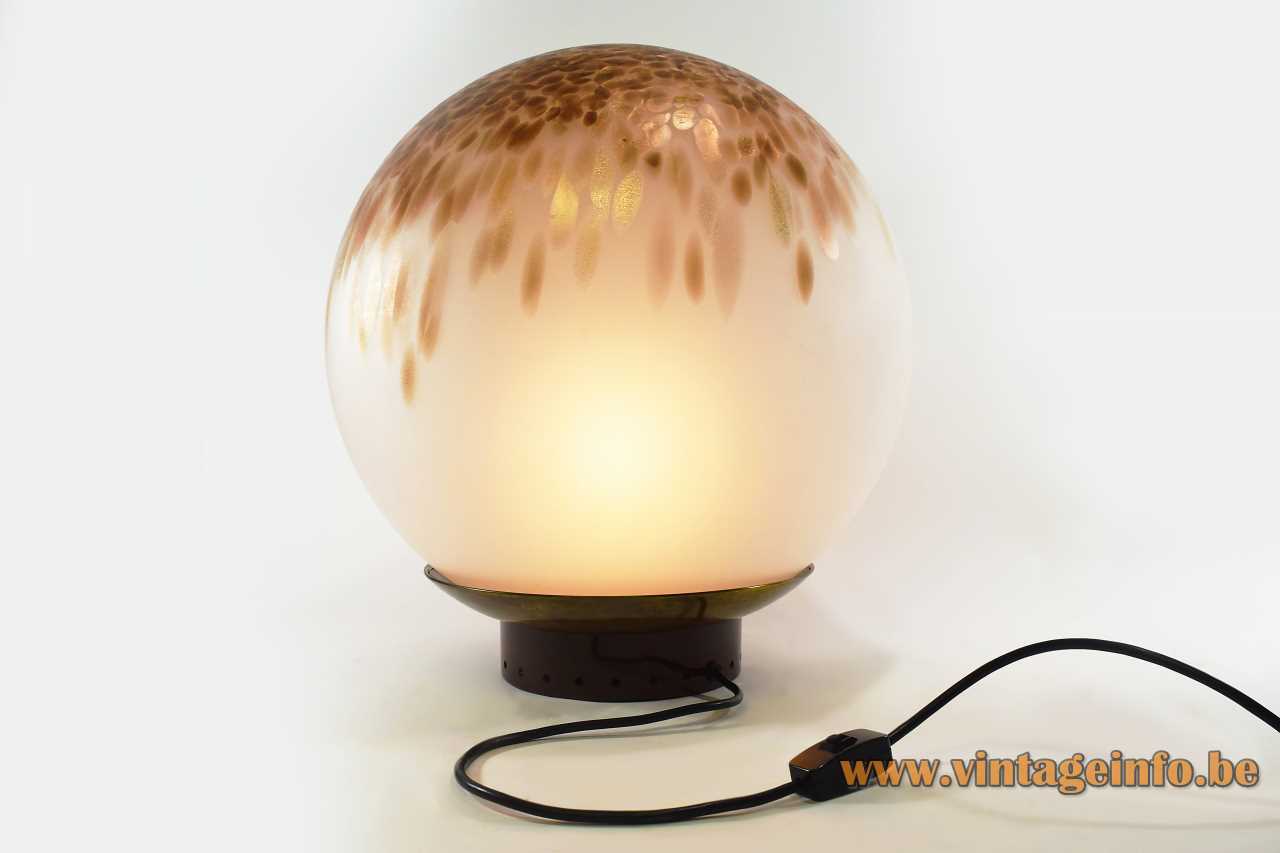 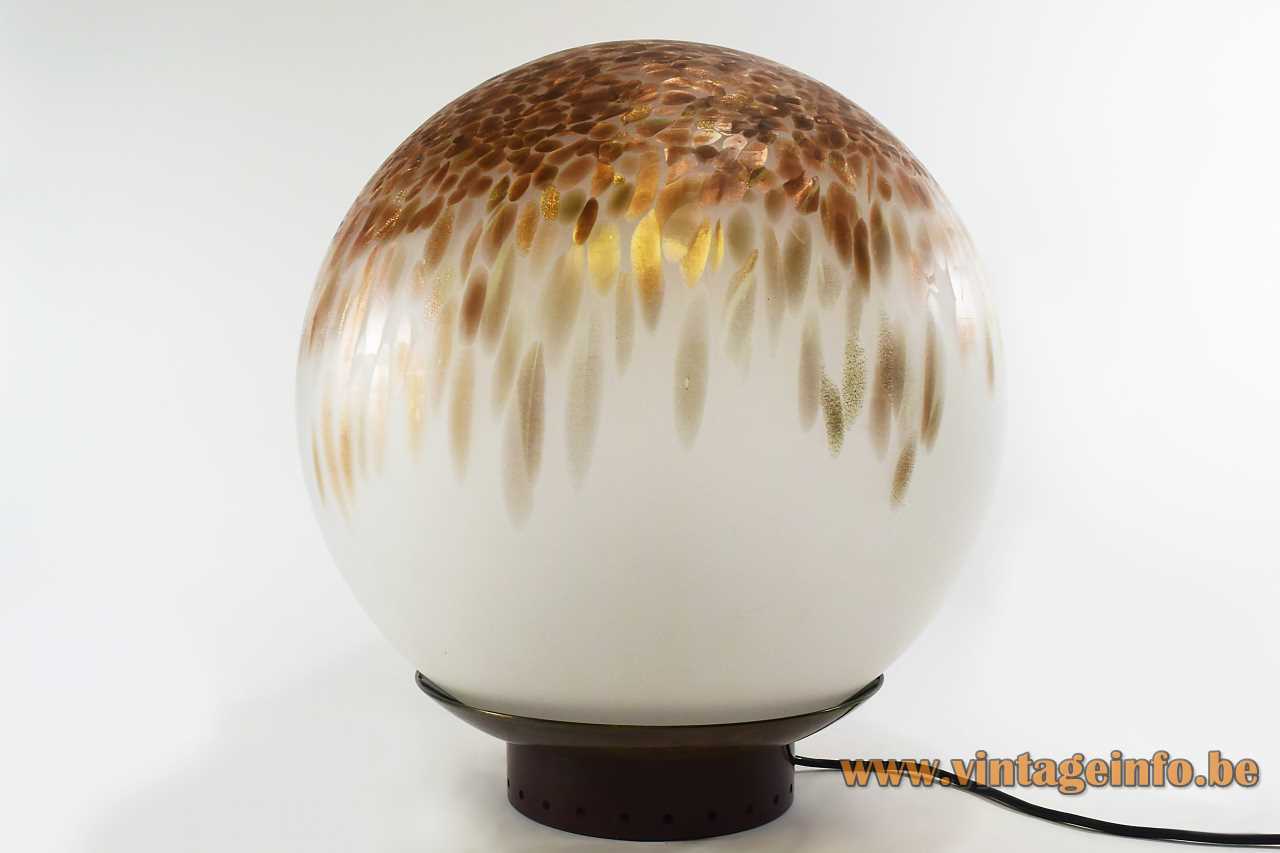 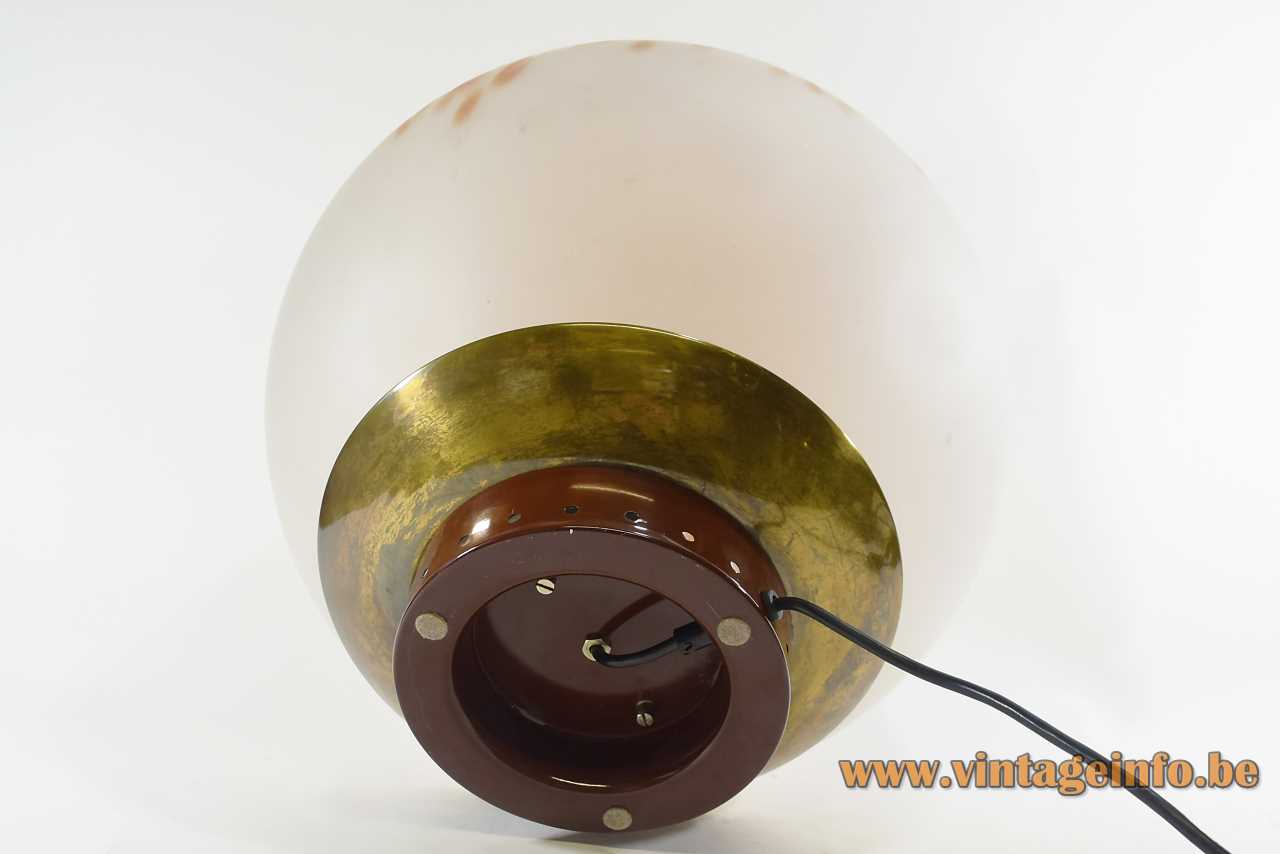 Other versions: This VeArt globe table lamp exists in several other forms. The most well known is a cube with a handle. Also a bell jar form and several others were made. Even animal lamps exists. They were all made with this brown and gold spotted design or completely in opal frosted glass. Sometimes these lamps are named dalmatian spots lamps.

Giorgio de Ferrari, born 1931, is an Italian designer and architect. Among others, he designed furniture for Elco and several lamps for Stilnovo and VeArt. He was also teacher at the Politecnico di Torino, the Polytechnic University of Turin.

The VeArt company produced artistic glass and lighting. Mario Ticco was artistic director for a while. In the early 90s the brand was acquired by Artemide. The Artemide company used the brand’s name for a couple of years.

The wiring, plug, switch and socket are Italian and they are made by VLM Components from Buccinasco near Milan in the seventies. The company became famous for the switches they produce since 1968, designed by Achille Castiglioni. You can find them over here.