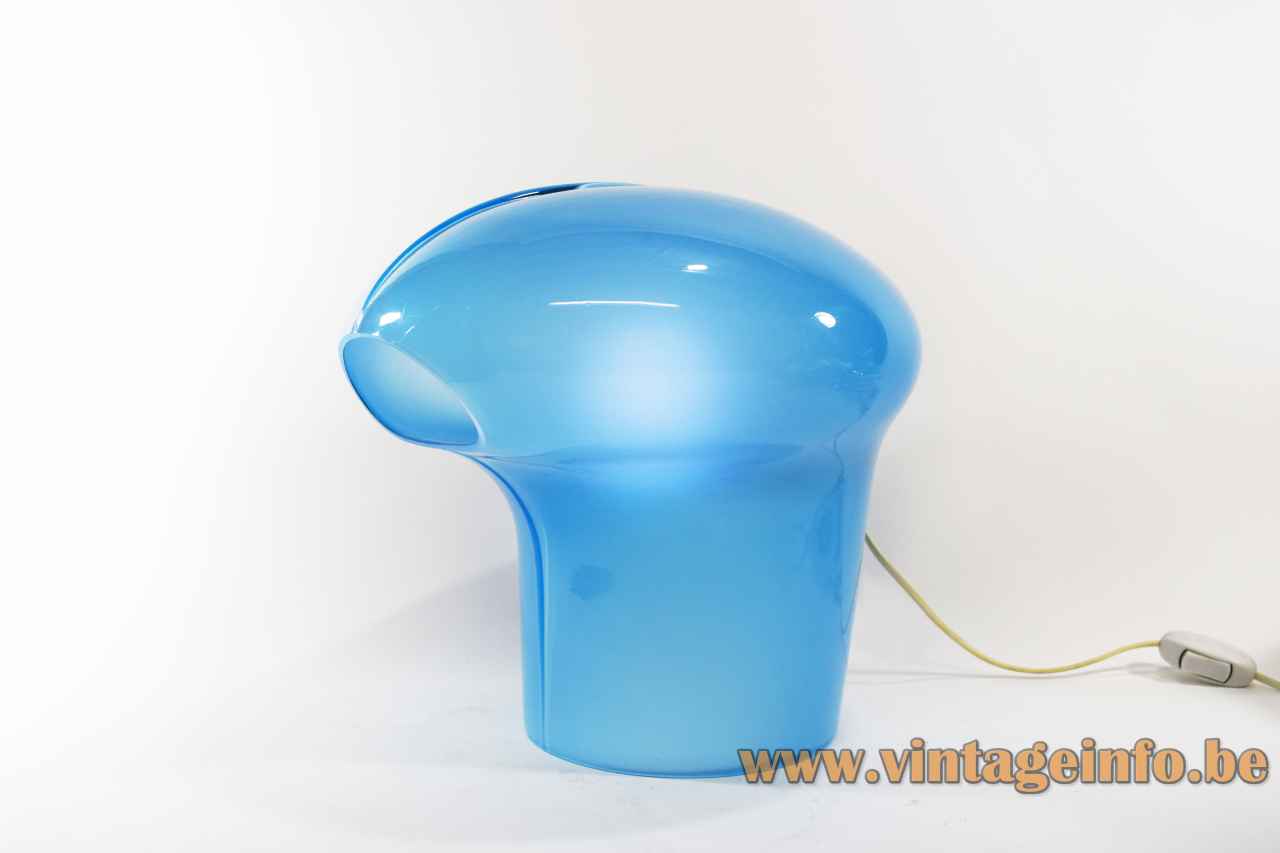 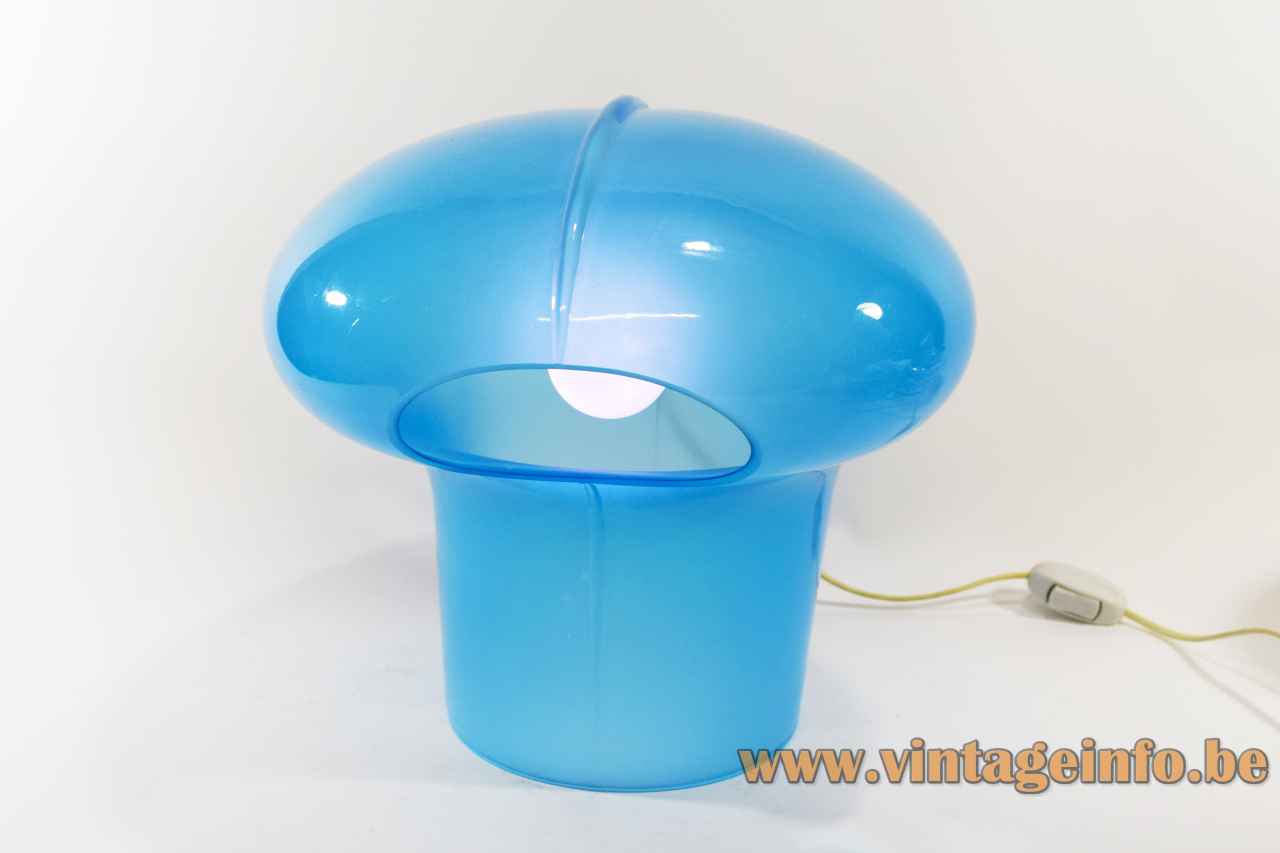 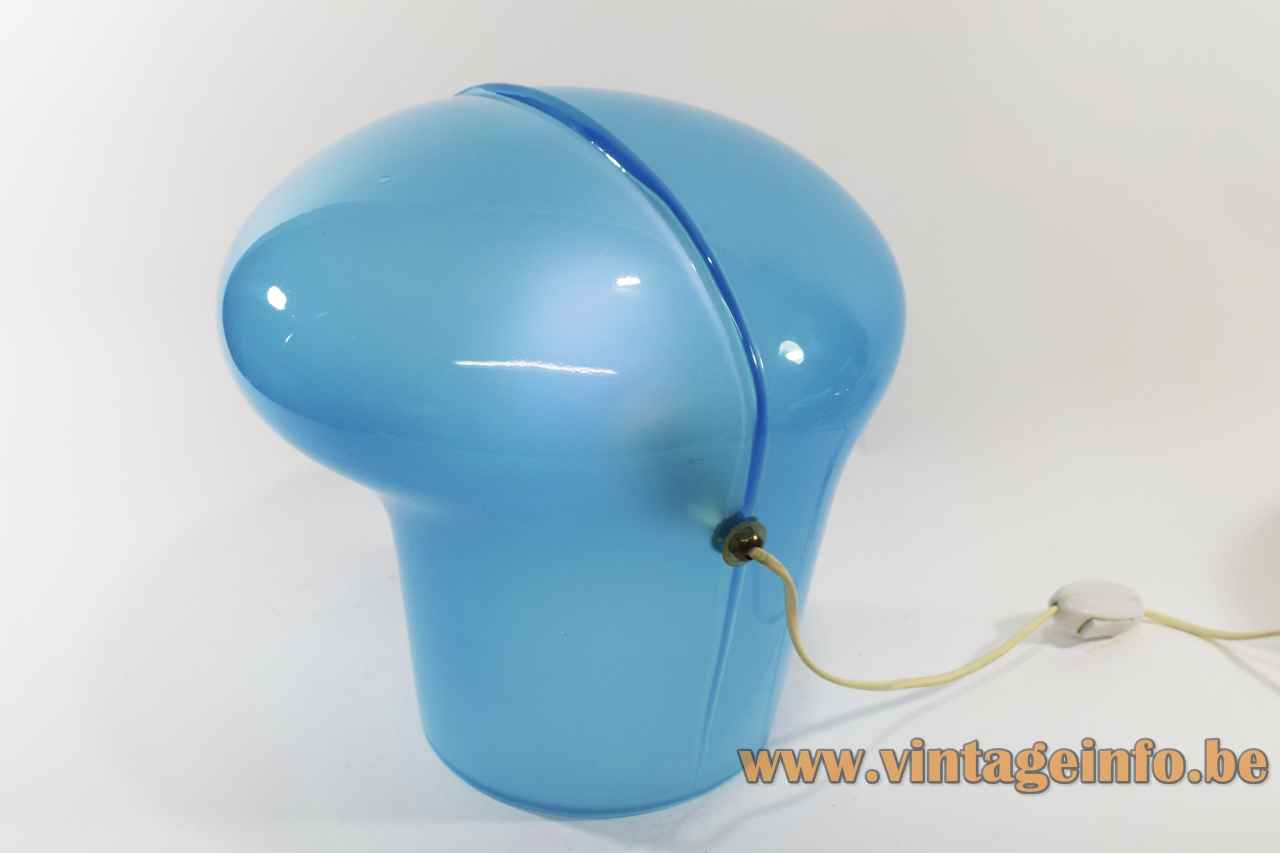 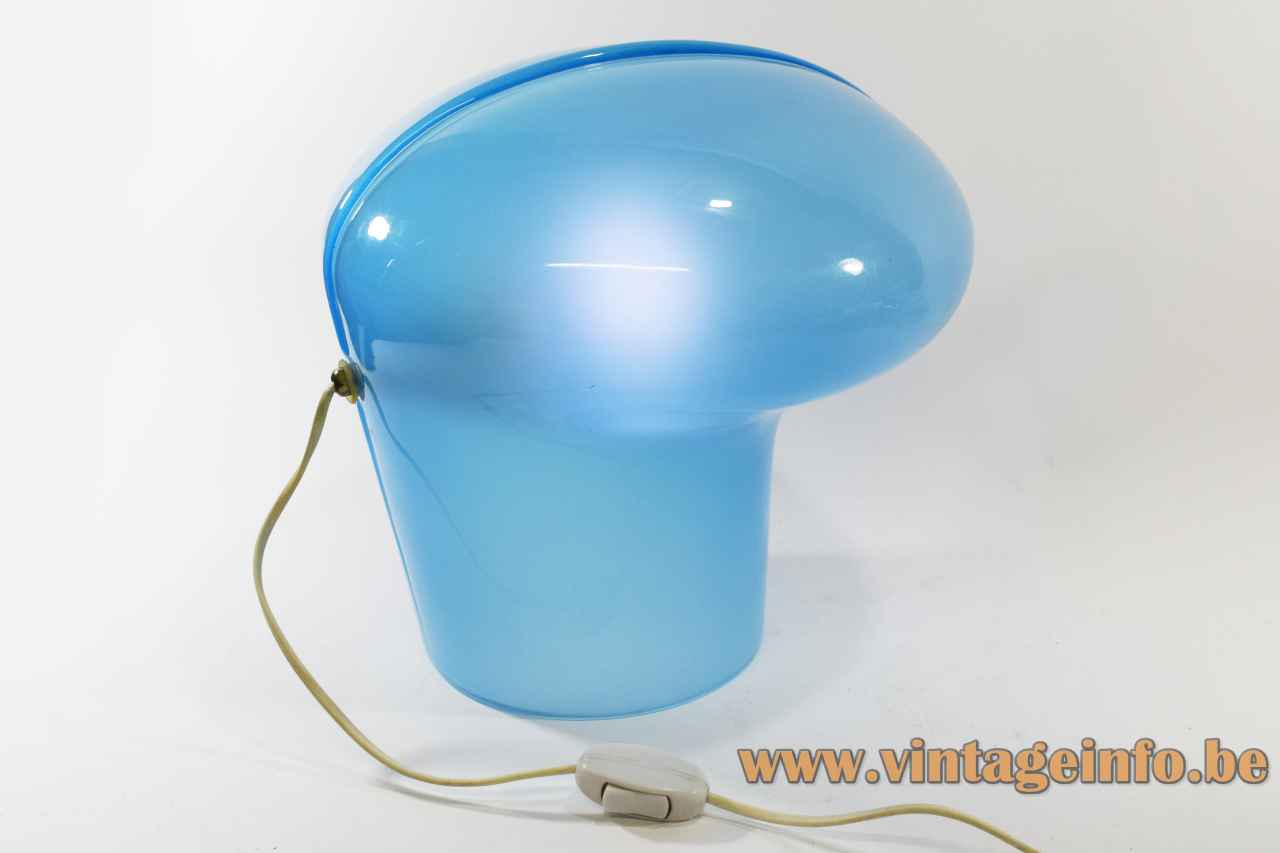 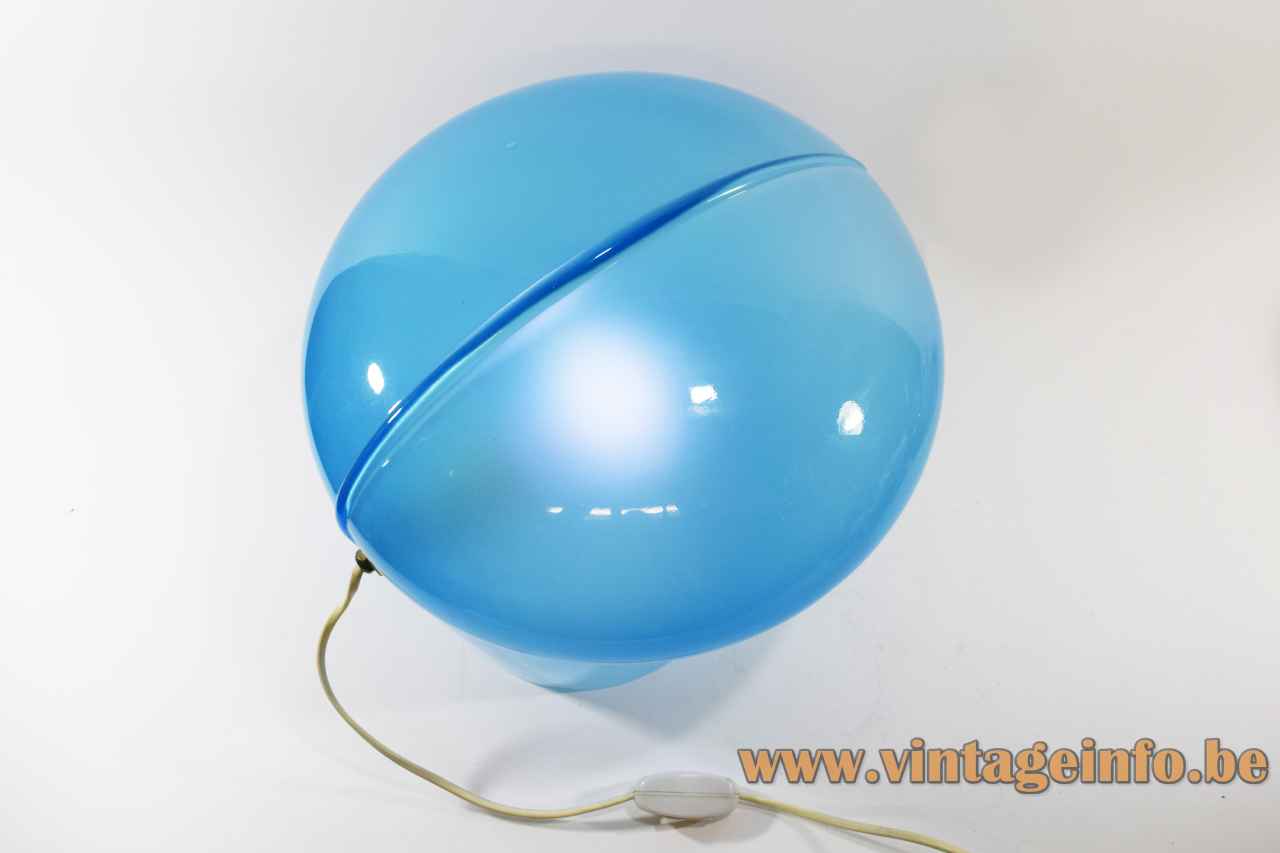 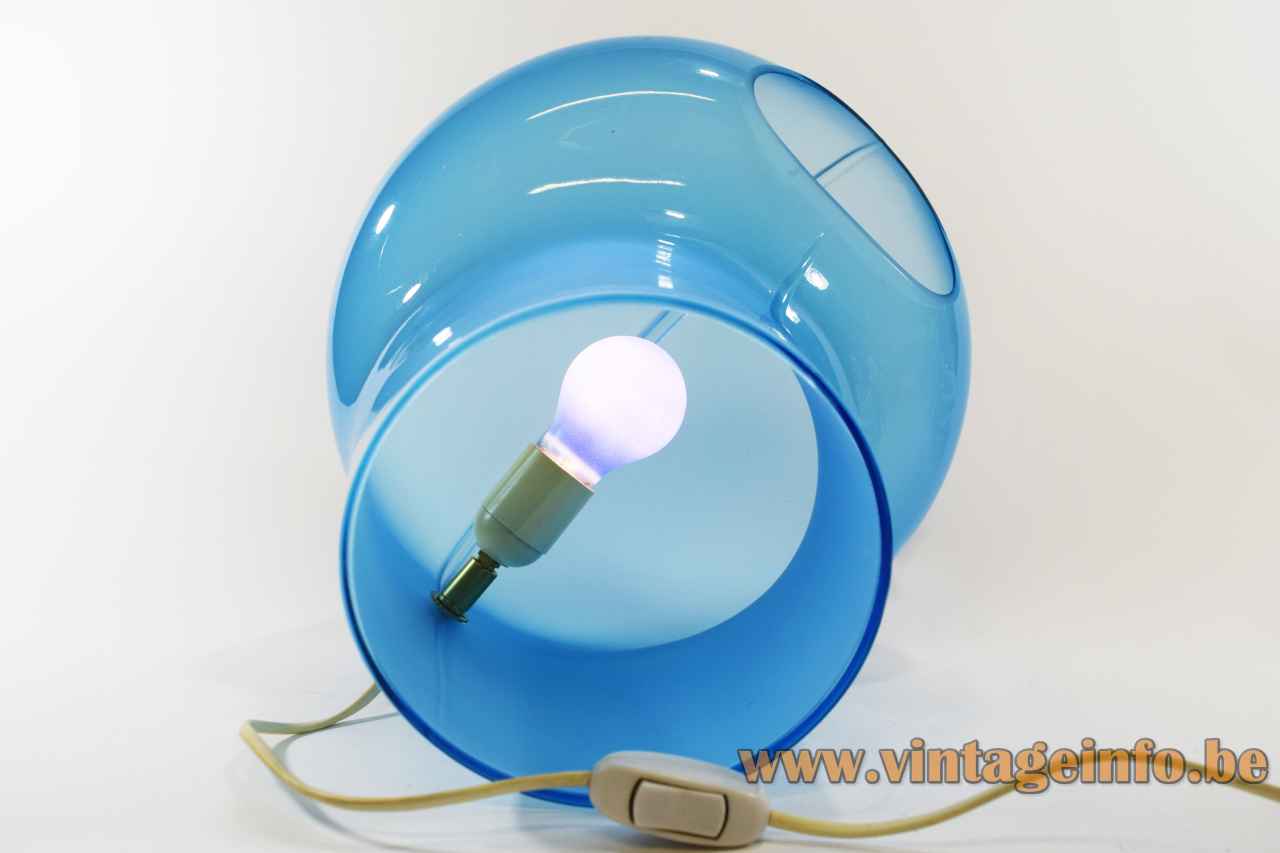 Other versions: This 1970s VeArt table lamp exists in several colours and 2 sizes. The smaller model is 20 cm / 7.87” high. A very similar lamp, model VT. 67, often named Medusa is also by his hand.

Vistosi produced a table lamp in this style, also with a hole on the side.

Umberto Riva, born June 16, 1928, Milan, Italy, studied architecture in Venice, where he was a pupil of Carlo Scarpa, graduating in 1959.

Riva began his professional activity in Milan in 1960. He was an architect, furniture and lighting designer.

He designed lighting for companies such as FontanaArte, Barovier&Toso, Francesconi, Bieffeplast and VeArt.

The VeArt company produced artistic glass and lighting. Mario Ticco was artistic director for a while. In the early 90s the brand was acquired by Artemide. The Artemide company used the brand’s name for a couple of years.