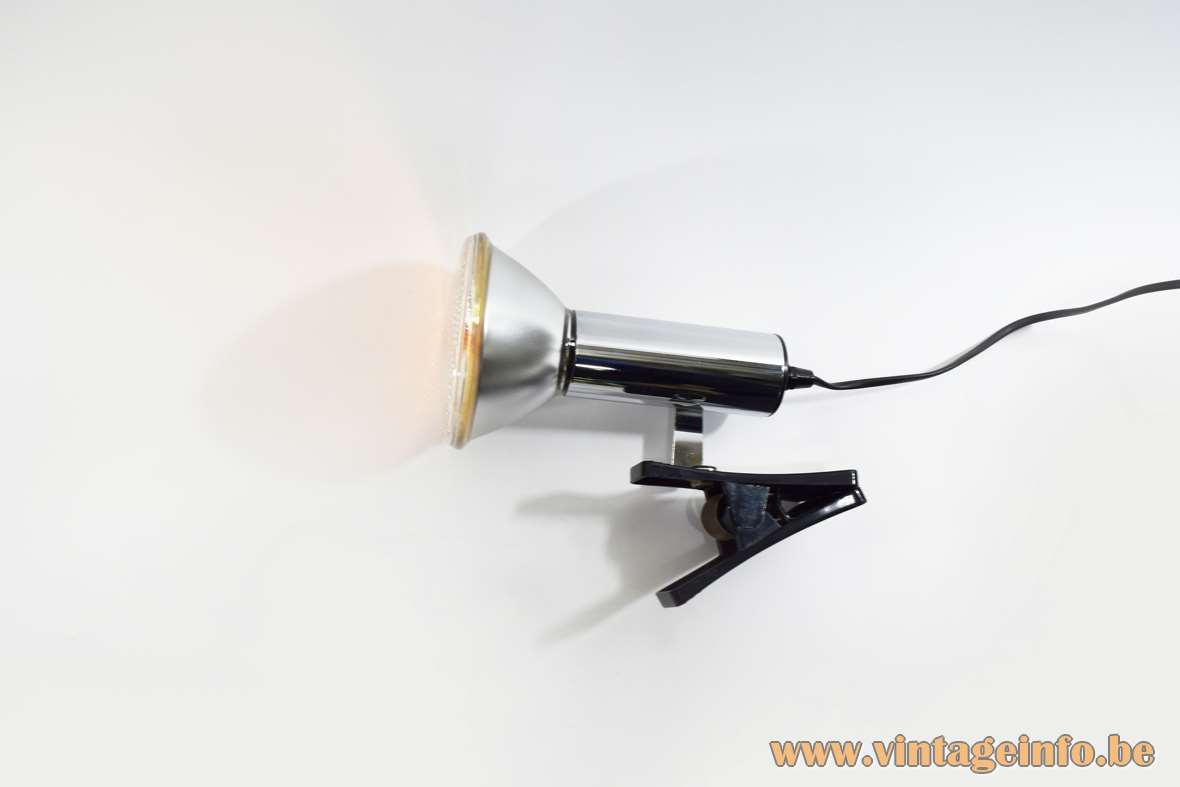 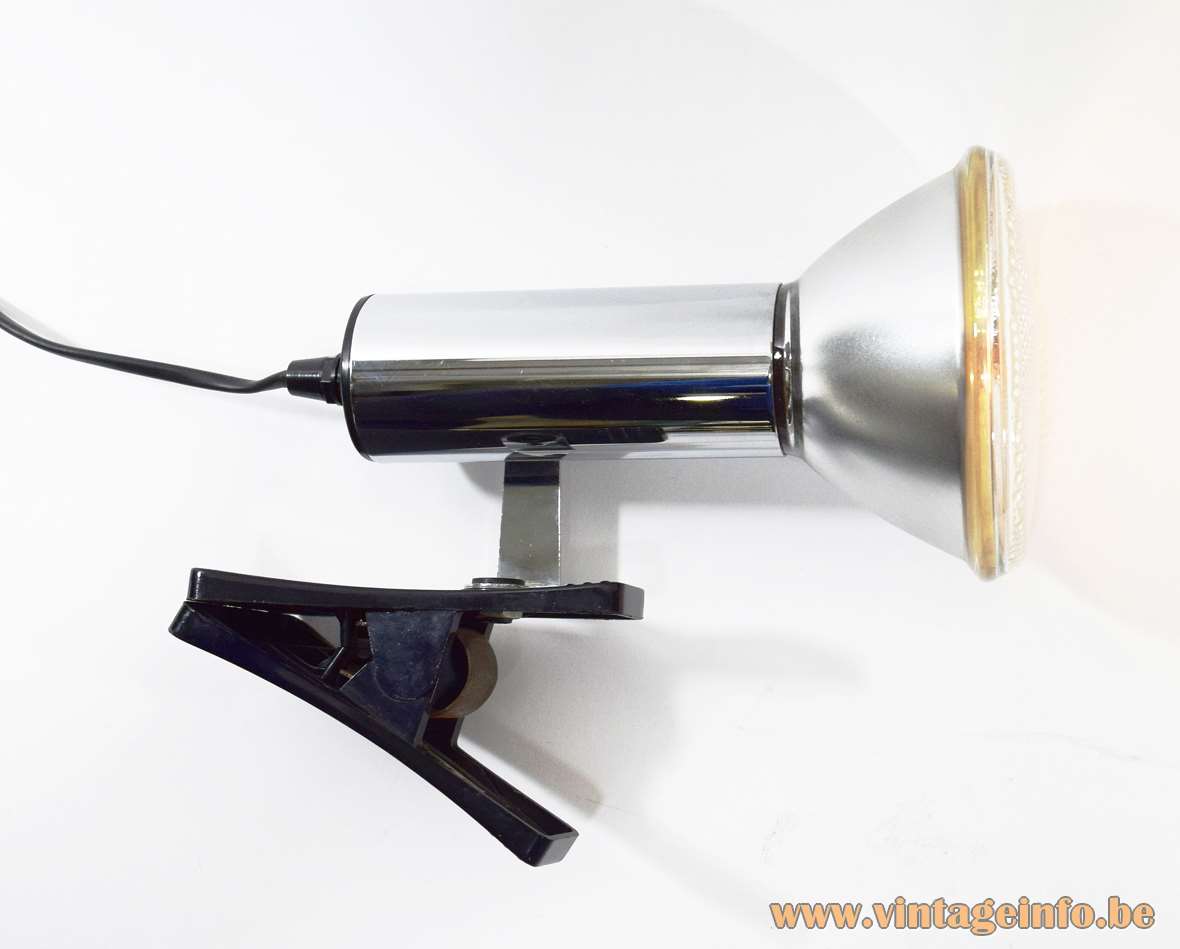 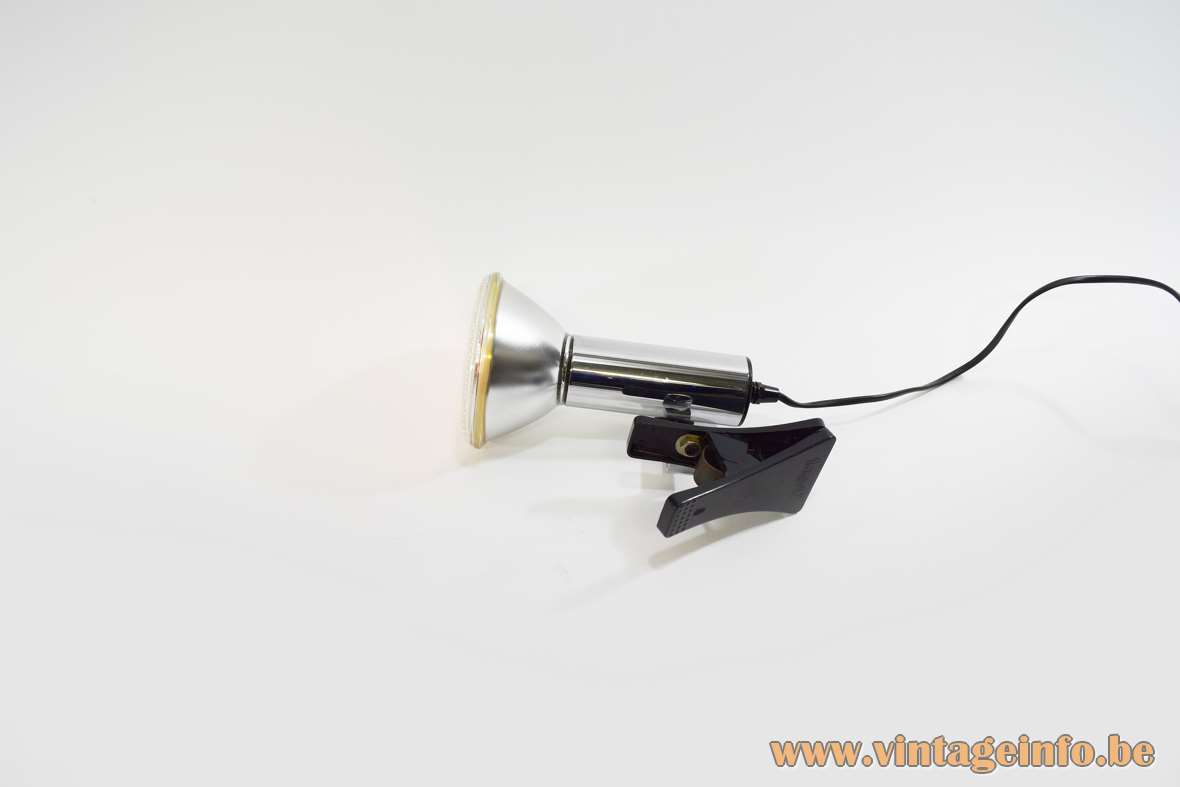 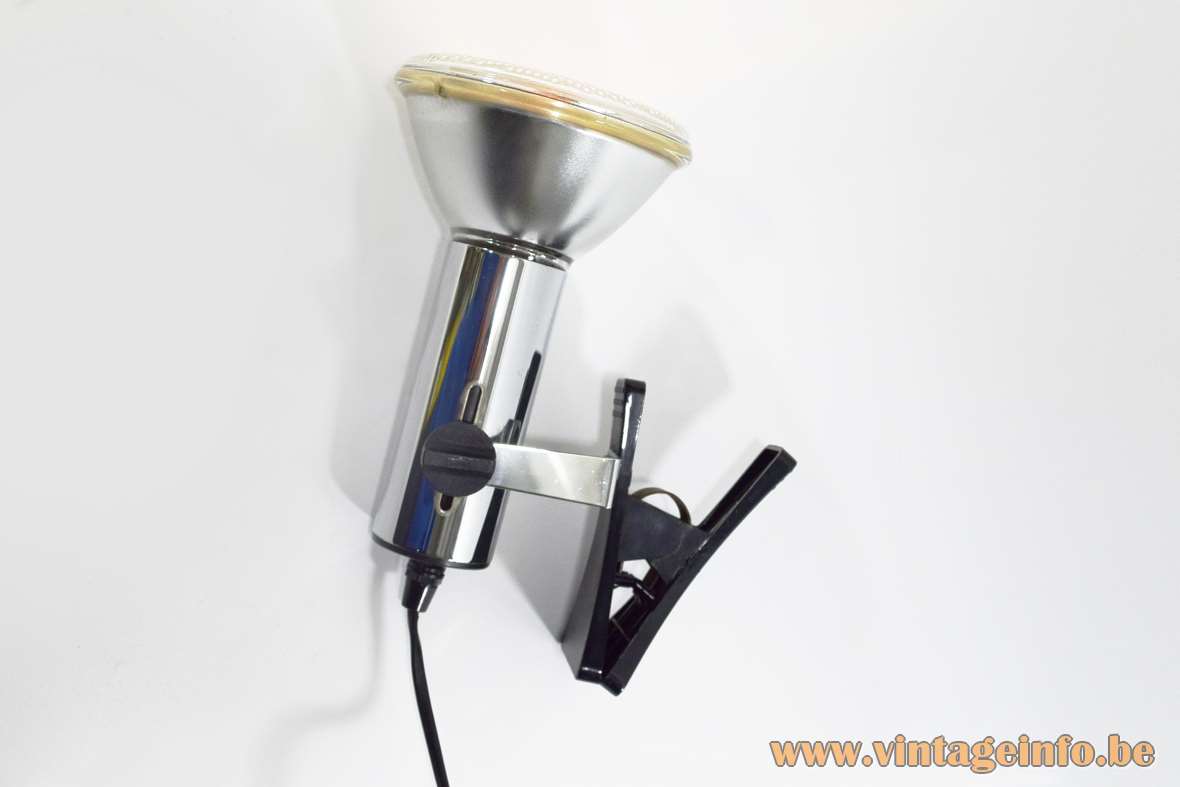 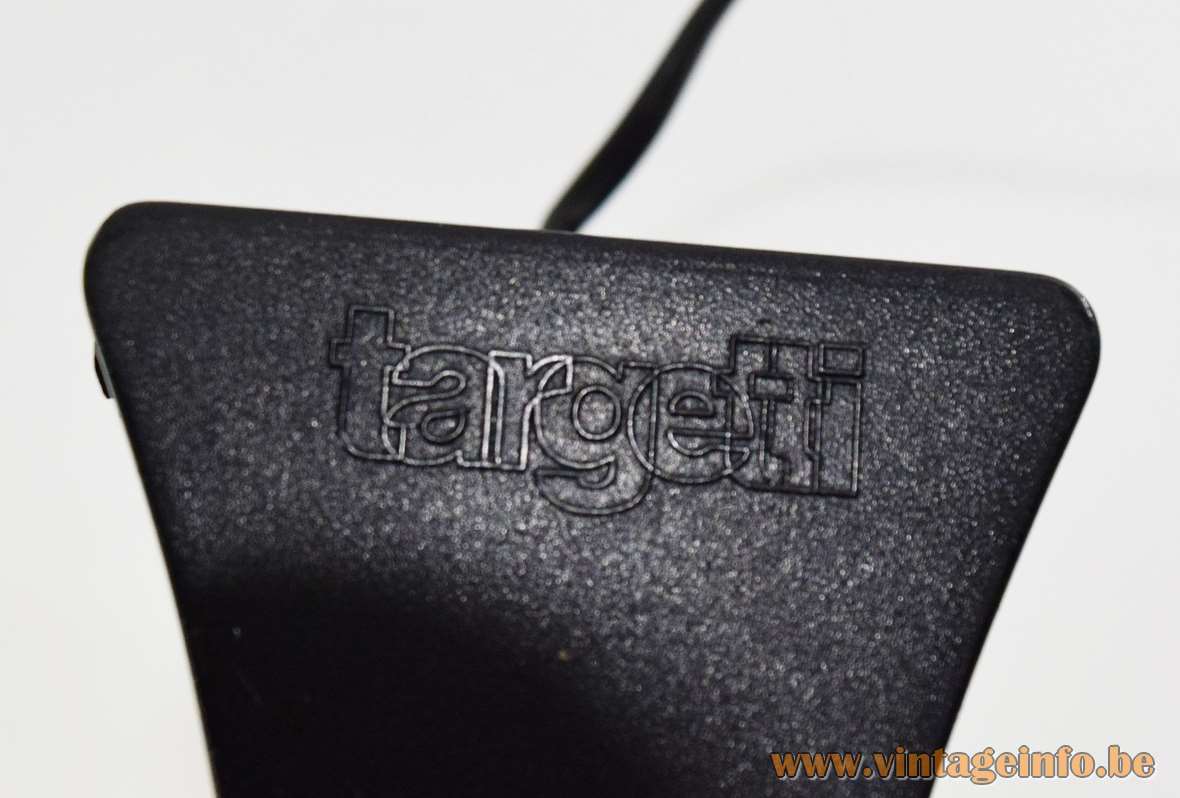 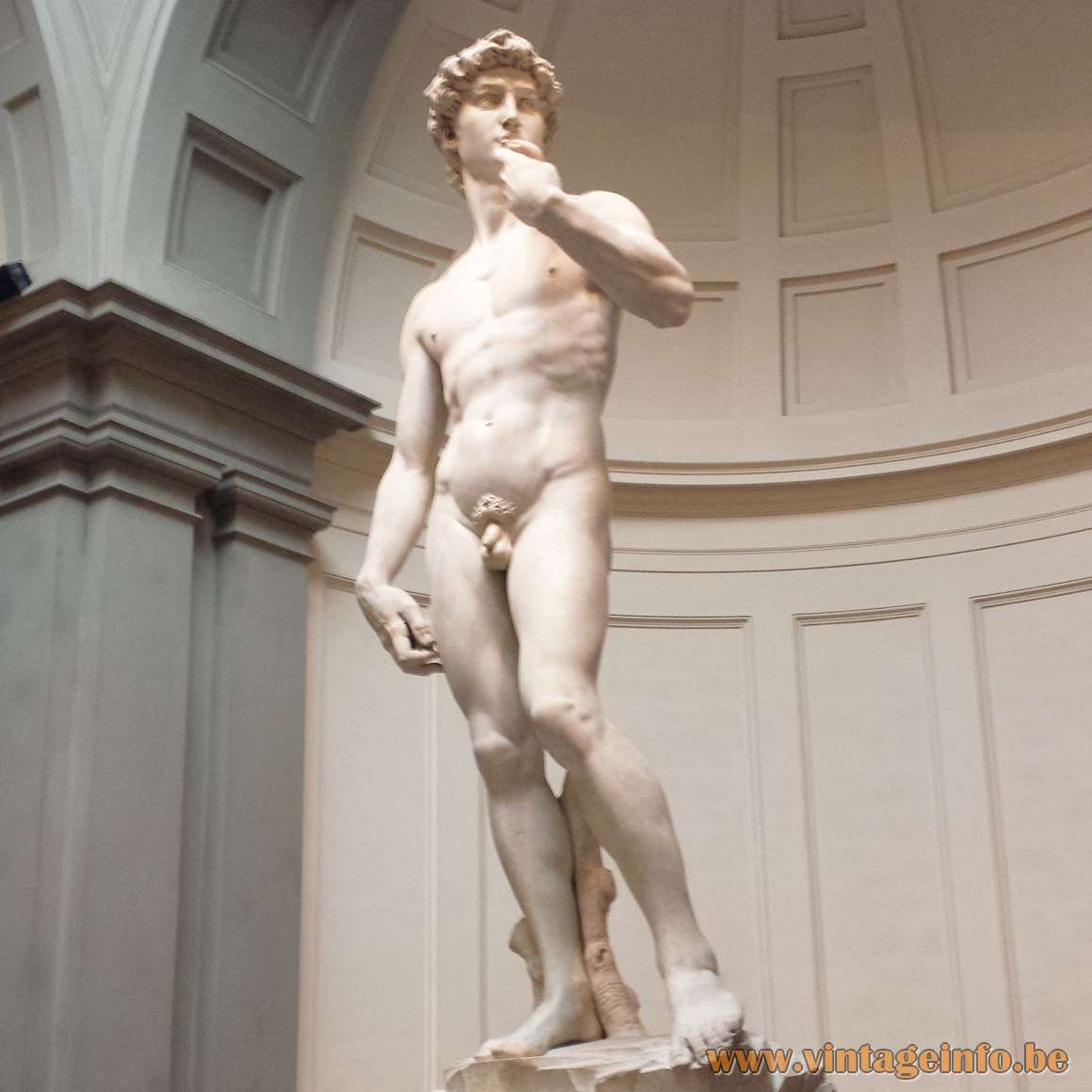 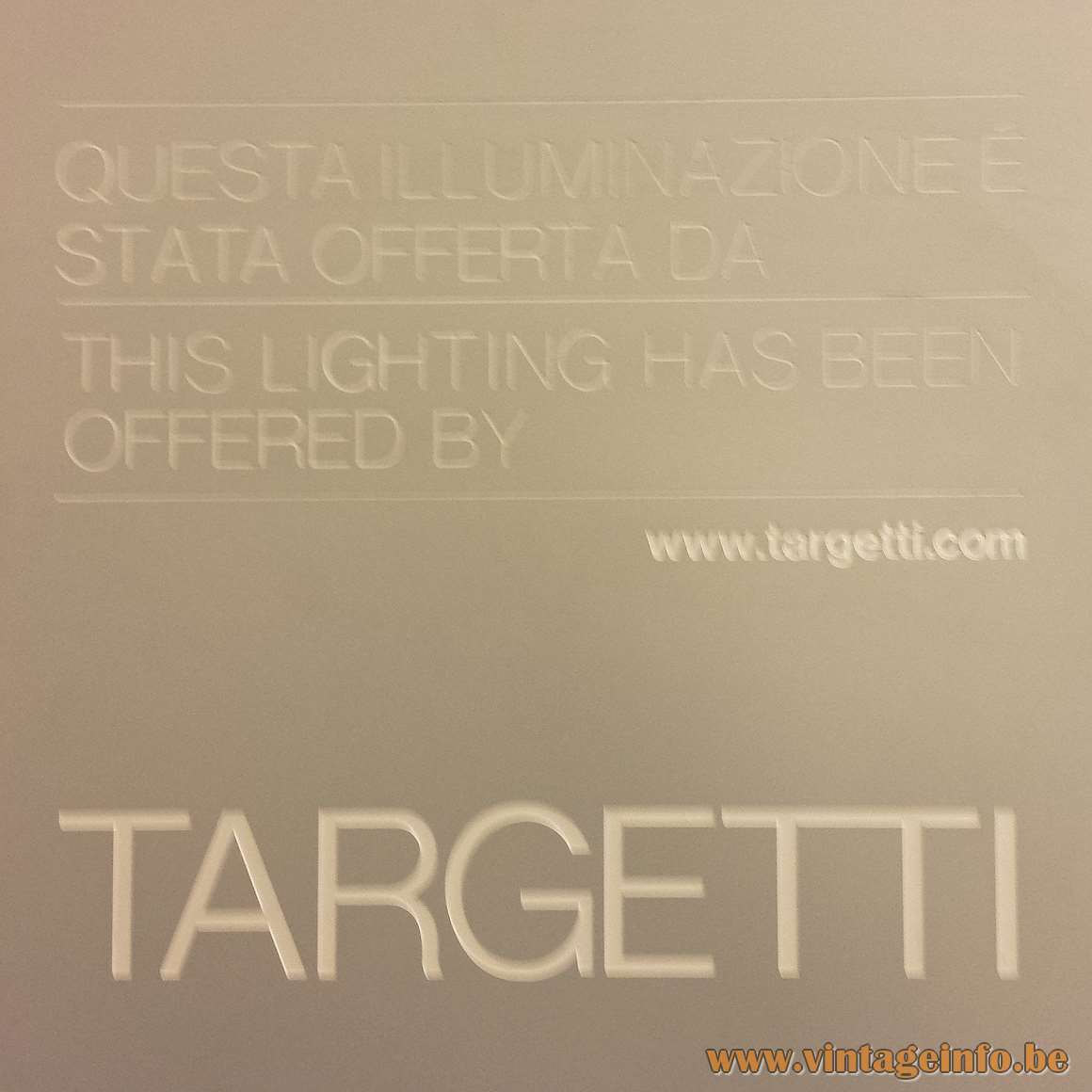 Other versions: This Targetti clamp spot lamp exists in several versions. They were made in some slight variations over the years. Among other things, the logo of Targetti  has changed over the years. The logo used on this lamp dates from 1975 and was used until the 80’s.