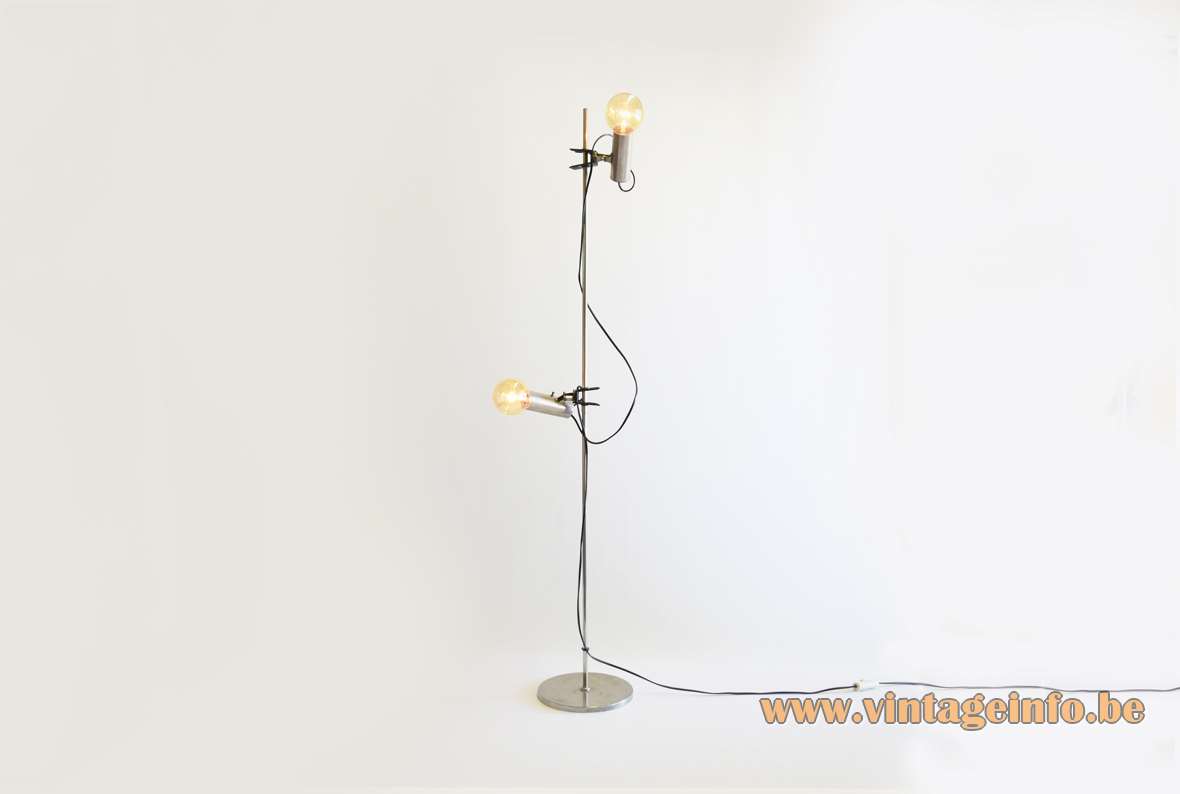 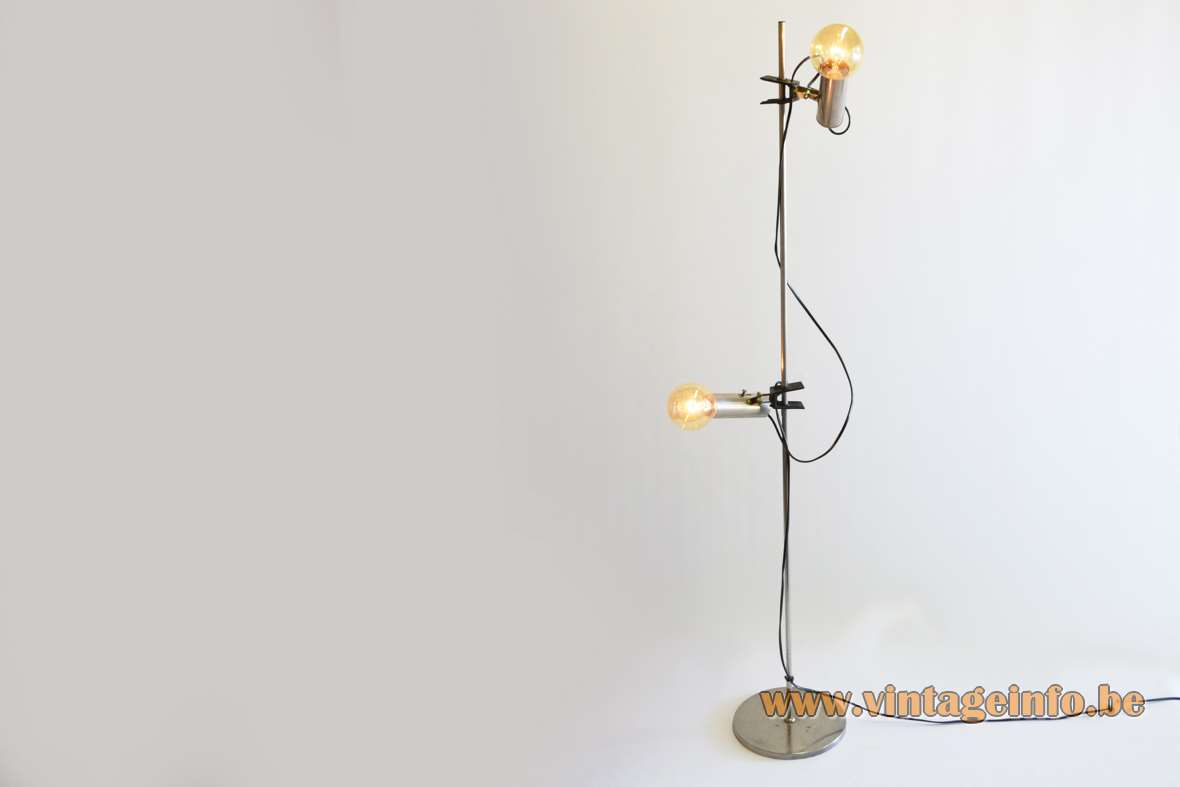 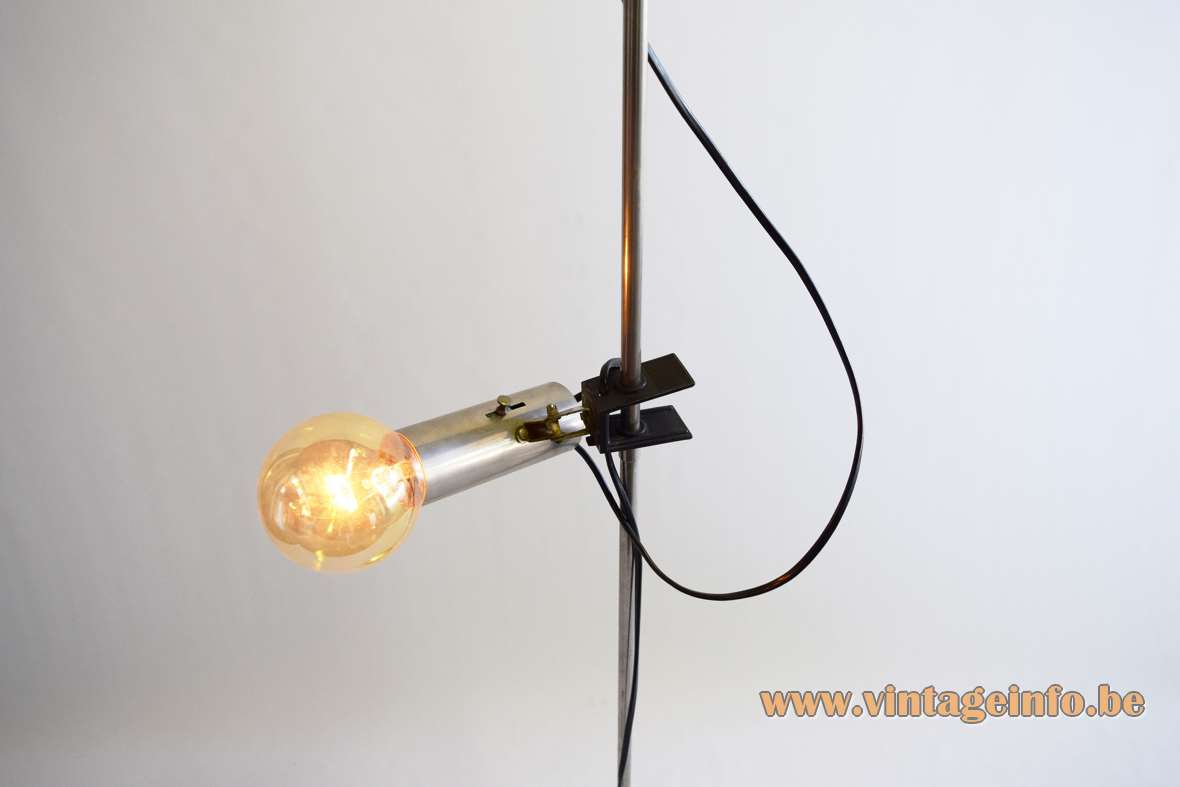 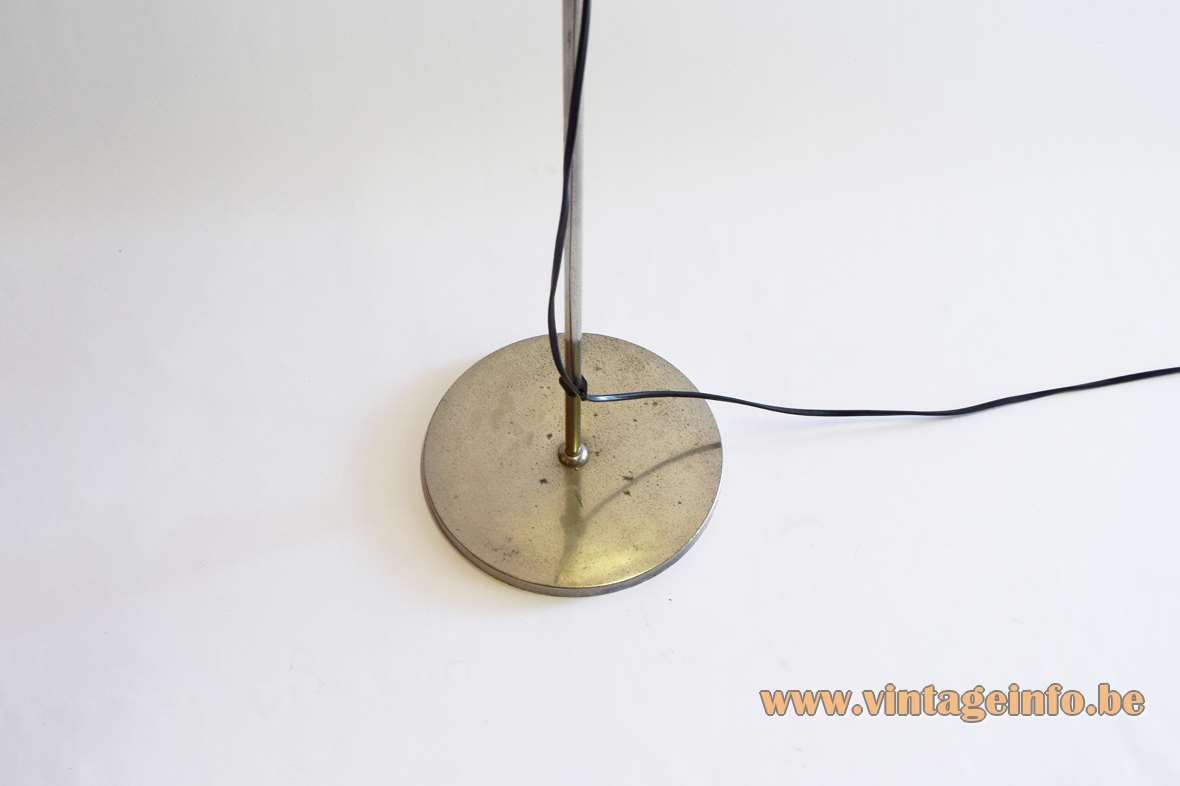 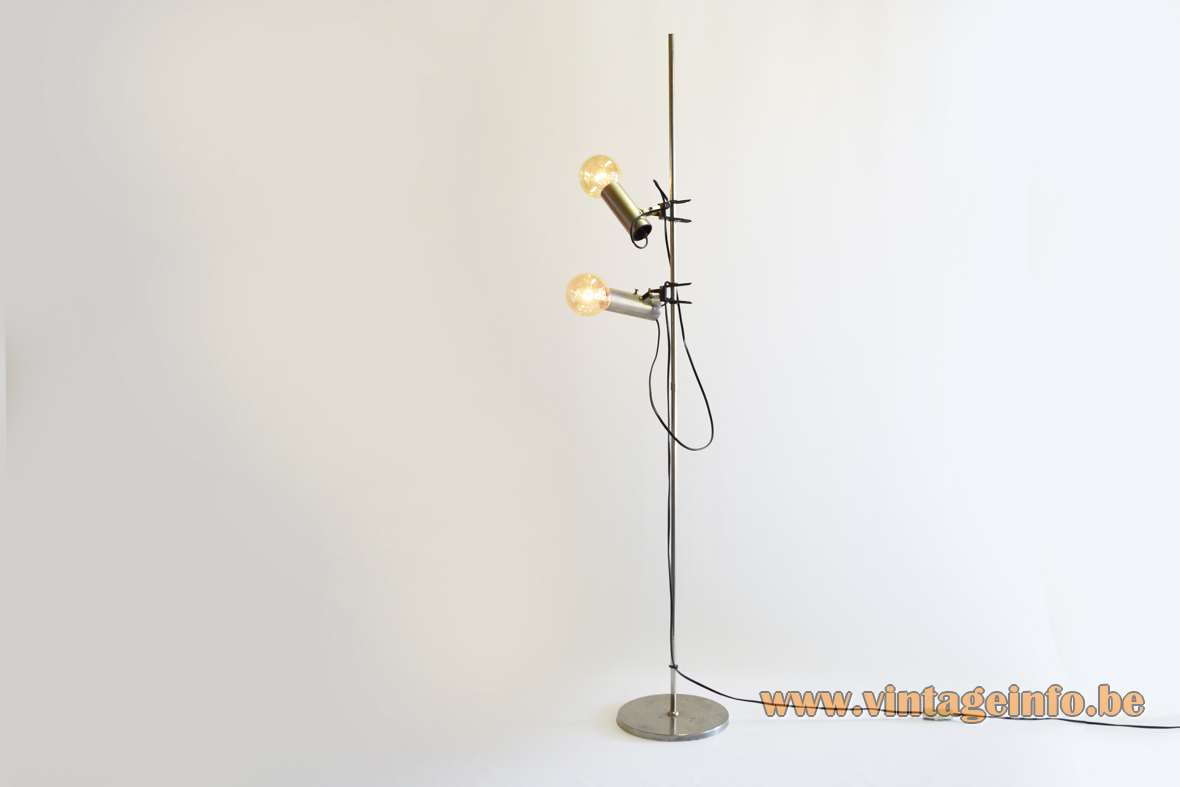 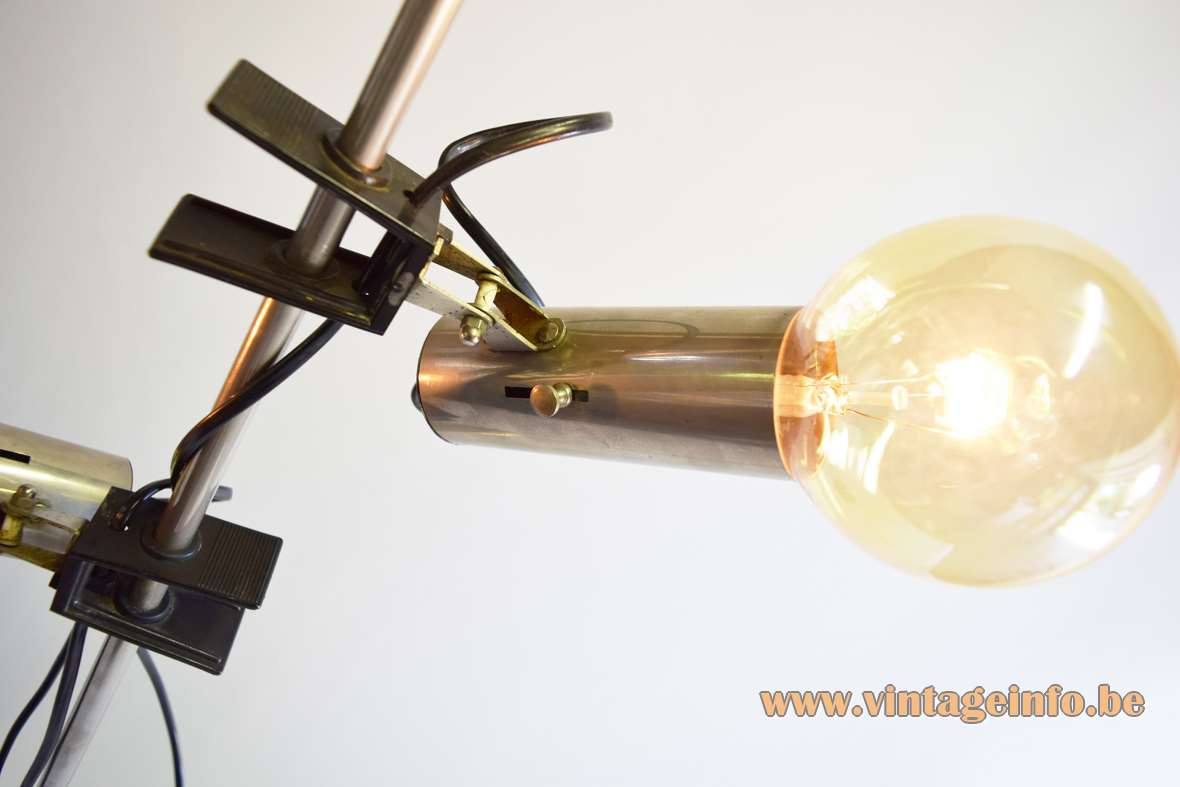 This floor lamp has many similarities with the floor lamp designed by Renato Forti & Angelo Ostuni for the Italian Oluce company in the 1960s, the model 399 floor lamp. The 399 has only 1 bulb, a Cornalux light bulb. The Cornalux is a side mirror globe bulb.

The Oluce Cornalux with its famous “hammerhead” is symbolic of some of the most famous lamps made by Oluce, such as the “Agnoli 387” designed by Tito Agnoli in 1954 and then in 1965, the “Spider” series by Joe Colombo. The Cornalux lamp is still available. 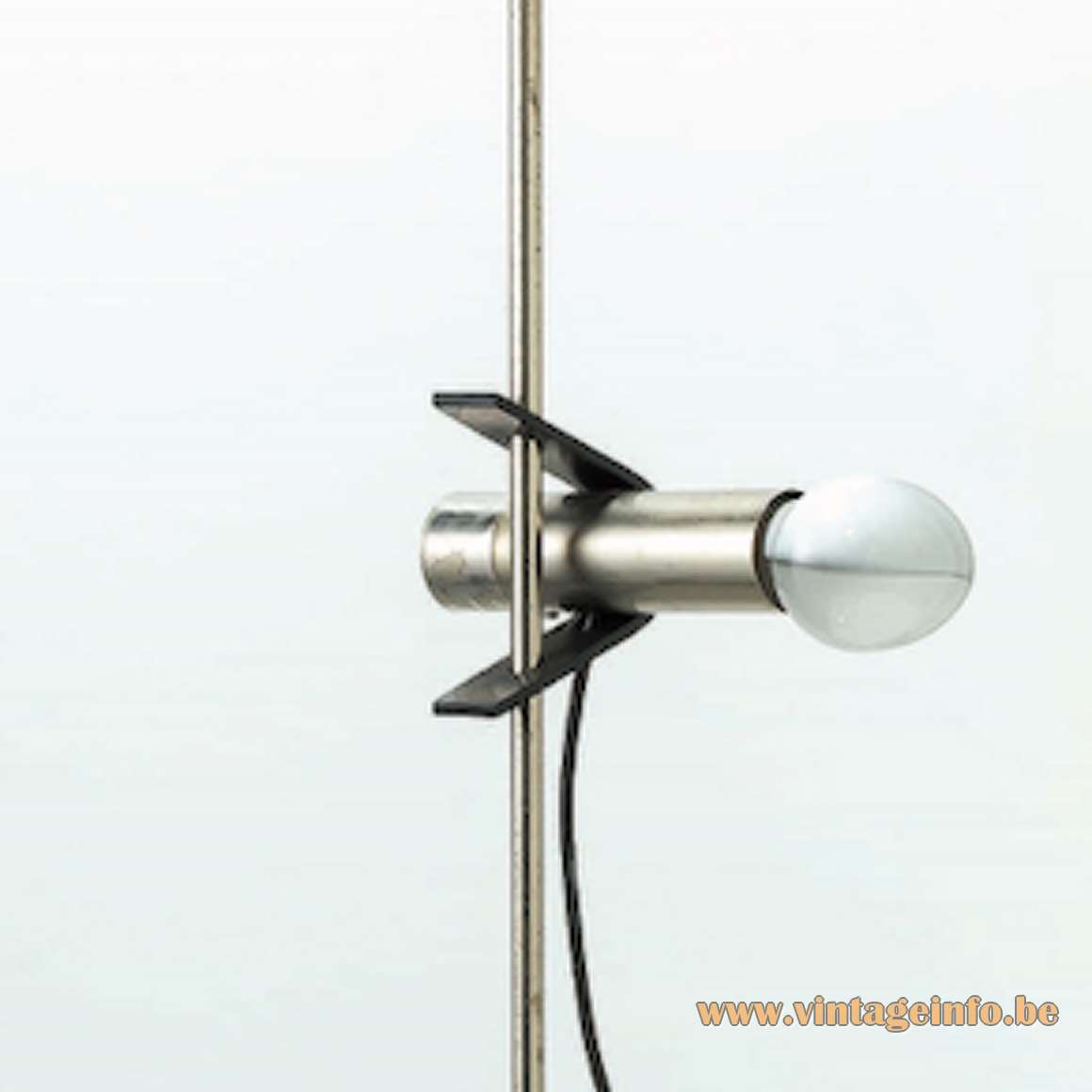 Electricity: 2 bulbs E27, 2 x 60 watt maximum, 110/220 volt.
Any type of light bulb can be used, not a specific one preferred, but probably intended to use with globe bulbs or spotlights. For this setup semi-globe yellow light bulbs were used: the original bulbs of this floor lamp.

Designer: To be appraised, after a design by Renato Forti & Angelo Ostuni.

Other versions: At least also made as a table lamp. These type of clamps were used for many lamps by several companies. You can find a few examples in the links on this page.

The rod of this lamp is made of two parts, probably it was sold in the box.

Website of the museum of healt – virtual museum tour!

Comparable clamp mechanism on a floor lamp on Catawiki