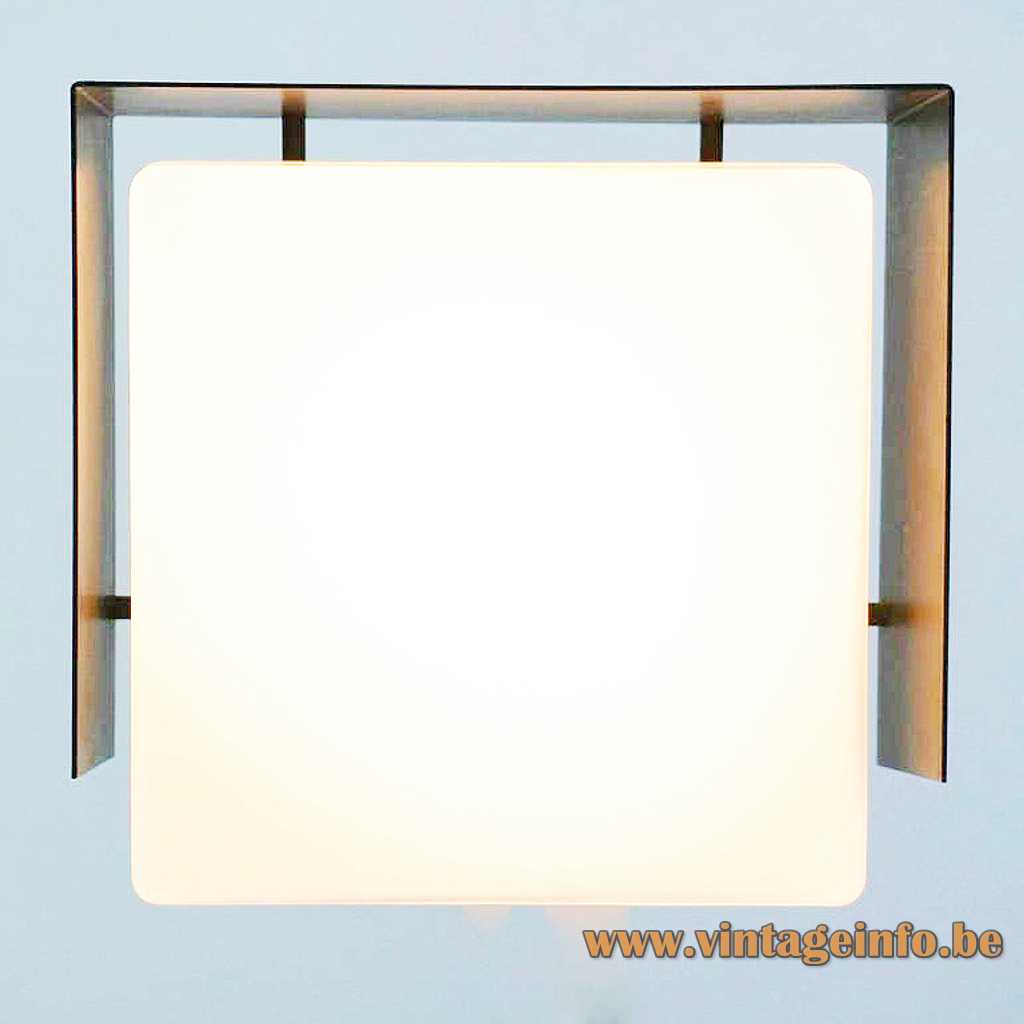 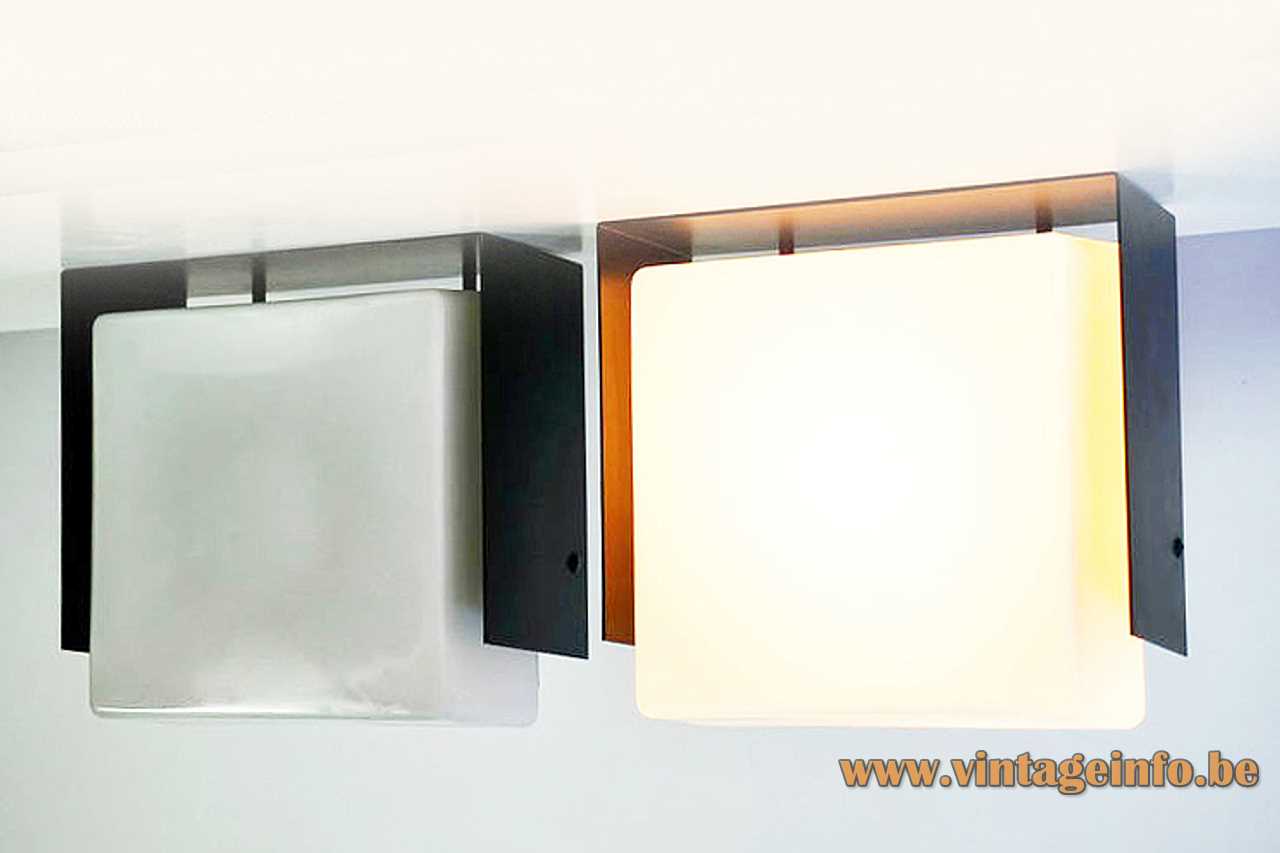 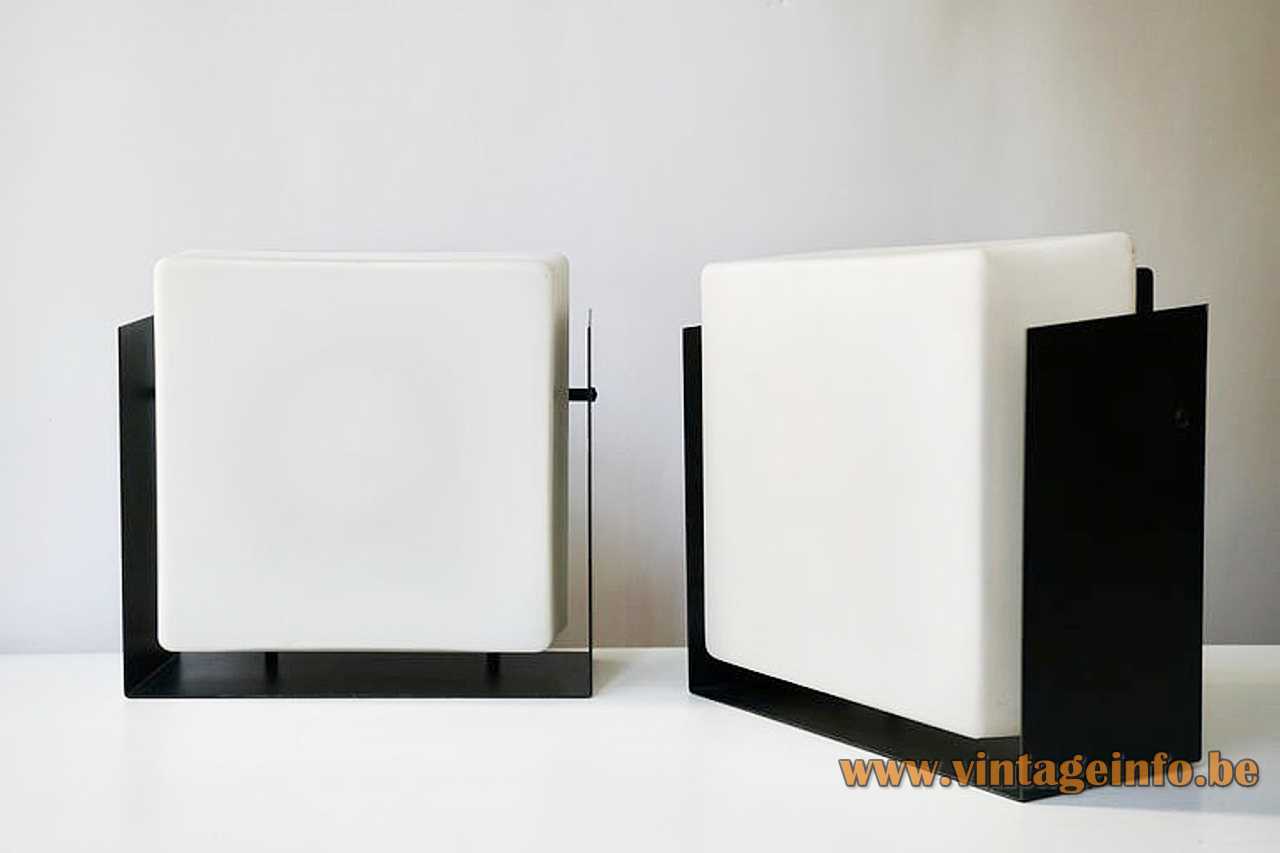 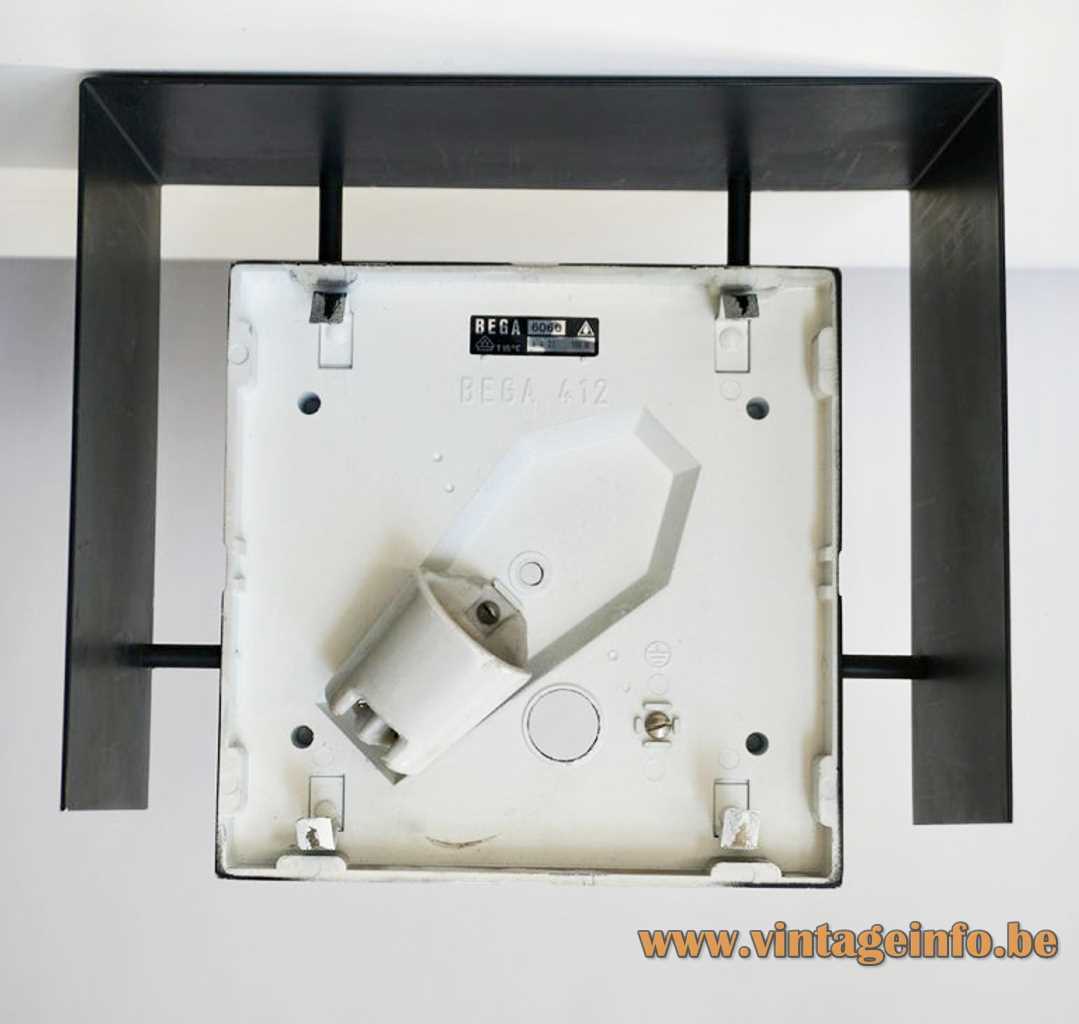 Other versions: This BEGA square wall lamp is model 6060. It exists in several variations. BEGA made several wall lamp in this style for indoor and outdoor use. All with this wall mount model 412. They received design awards in the 60s and 70s. The company named them Lichtbaustein. It is German for Light building block, the reason is obvious. 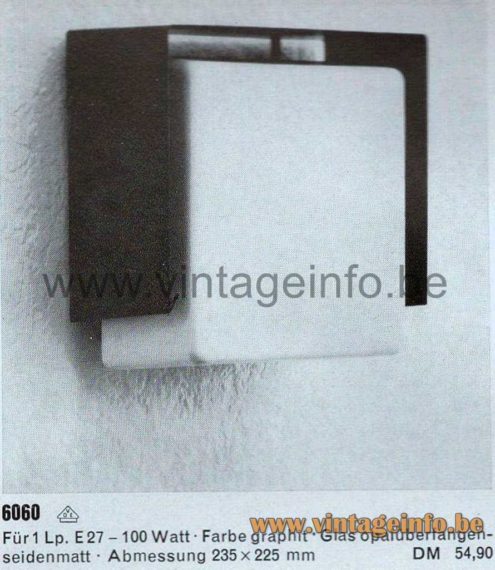